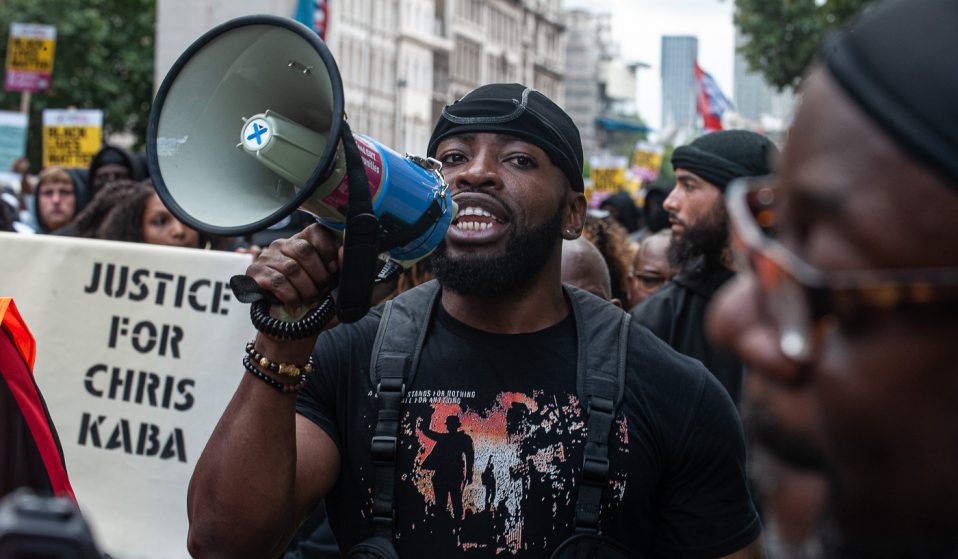 Thousands of protestors gathered in Westminster to express their sadness and fury at the fatal police shooting of a young Black man in Brixton.

Over the weekend, thousands of protestors gathered in Westminster to express their sadness and fury at the fatal police shooting of a young Black man in Brixton.

It has been over a week since the Metropolitan Police shot and killed Chris Kaba on the streets of South London.

Details are still murky, with an ongoing IOPC homicide investigation attempting to ascertain the circumstances around the death of a third Black man following contact with the Met within the last six months. What we do know is that Kaba, who was 24 and soon to become a father, was unarmed. Following the killing, police have also confirmed that Kaba did not own the car which was forcibly stopped in Streatham, South London. It has emerged that the family of Kaba was not informed of his killing for 11 hours.

Following his death, there was talk of protests circulating on social media, but these were then rescinded at the request of the family. A small collection of protestors gathered outside of Brixton police station on Thursday evening, with the main demonstration scheduled for Saturday 10 September.

The protest, which was attended by thousands, began in Parliament Square where crowds were addressed by MPs Diane Abbott and Bell Ribiero-Addy. Members of Kaba’s family were present, supported by friends and community members. The demonstration marched up to Whitehall, past 10 Downing Street and up to Trafalgar Square. A news helicopter captured the march which was wrongly reported on Sky News as a memorial walk for the Queen.

Demonstrators chanted “Say his name! Chris Kaba”, “Black Lives Matter” and “No justice, no peace” as they marched back down Whitehall, past Parliament which was sitting for a second day of tributes to the Queen and on to New Scotland Yard, the headquarters of the Metropolitan Police force.

Outside the crowds there were powerful scenes as the crowds were addressed by members of Chris’ family. Rapper Wretch 32 spoke alongside his uncle, campaigner Stafford Scott. Stormzy also spoke to crowds alongside organisers including Temi Mwale of 4Front project who laid out the families demands of the police.

The demands are that the IOPC conduct a homicide investigation into the death of Kaba. This demand was met on 9 September, but in a statement, the organisation stated “the launch of a criminal investigation does not mean that criminal charges will necessarily follow”. The family have also called for the release of the body cam footage of the officers involved in the shooting of Chris as well as a timeline for how long the investigation will take. The final demand is the suspension of the officer involved in the shooting. This demand was met on 12 September, a full week after the killing of Kaba. Other armed police officers have threatened to down weapons over the suspension.

After speeches finished the crowds dispersed peacefully. Another demonstration has since been called in central London from 12pm on Saturday 17th September.

Photographer Guy Smallman was there to capture the action. 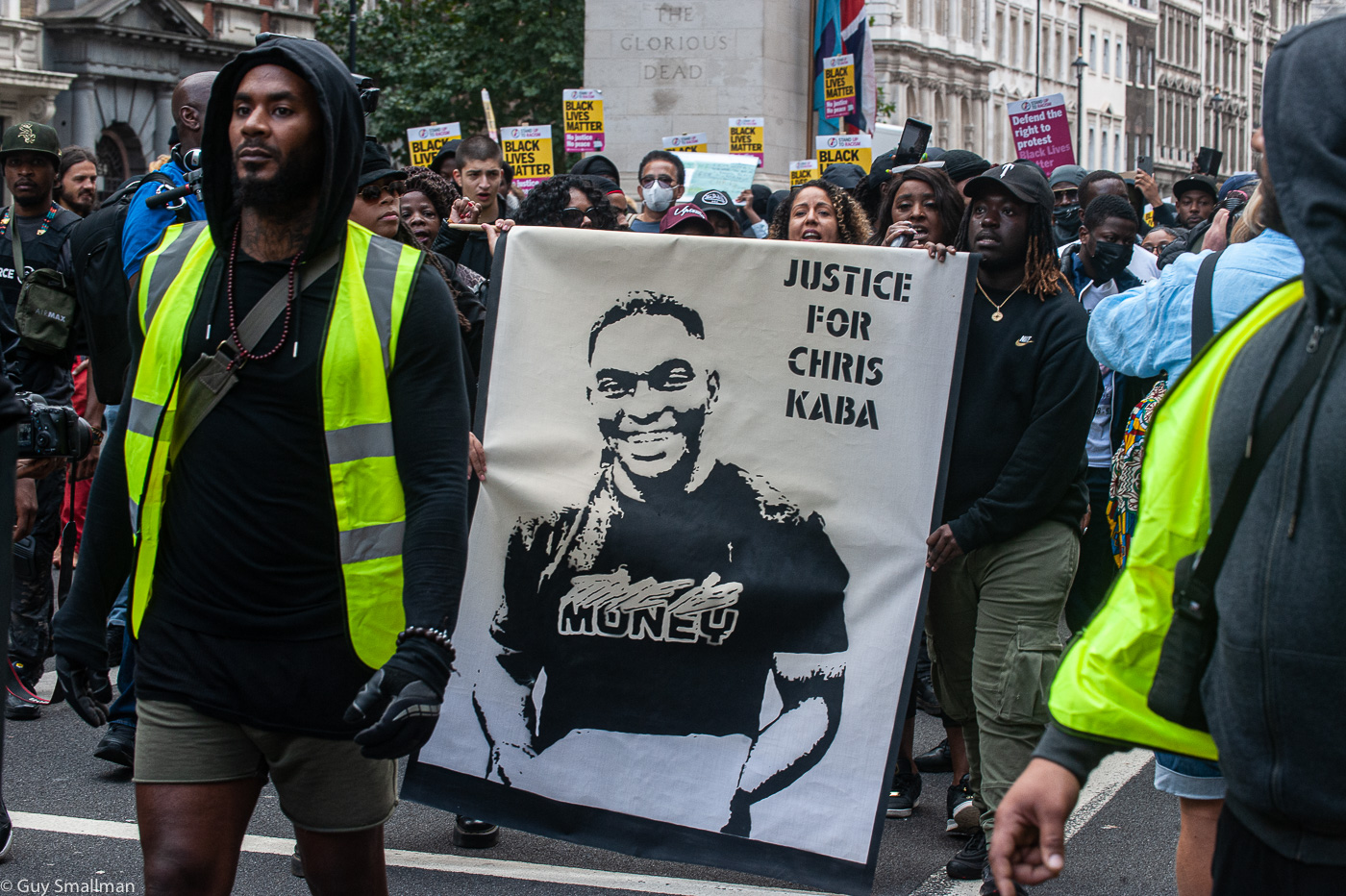 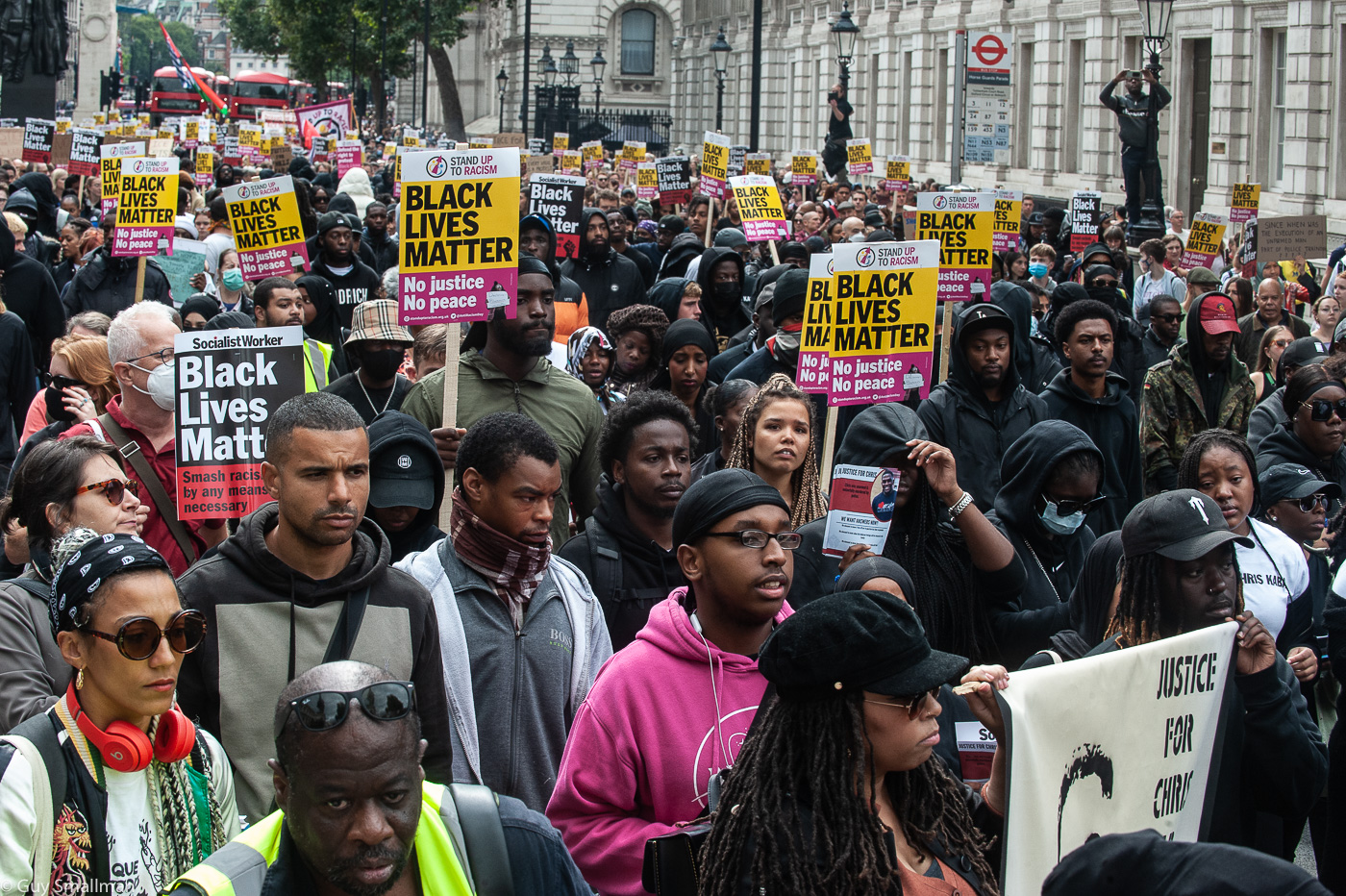 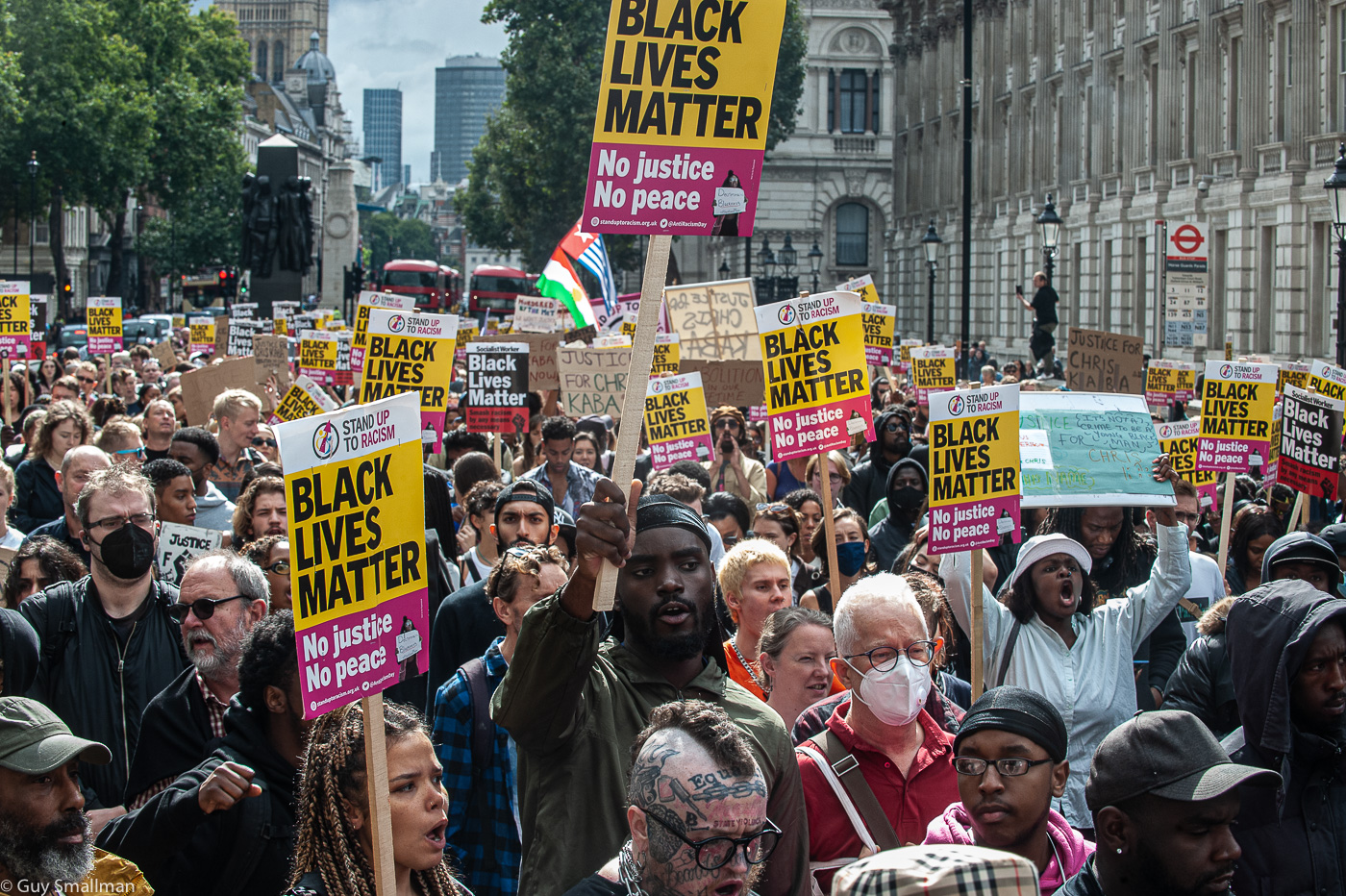 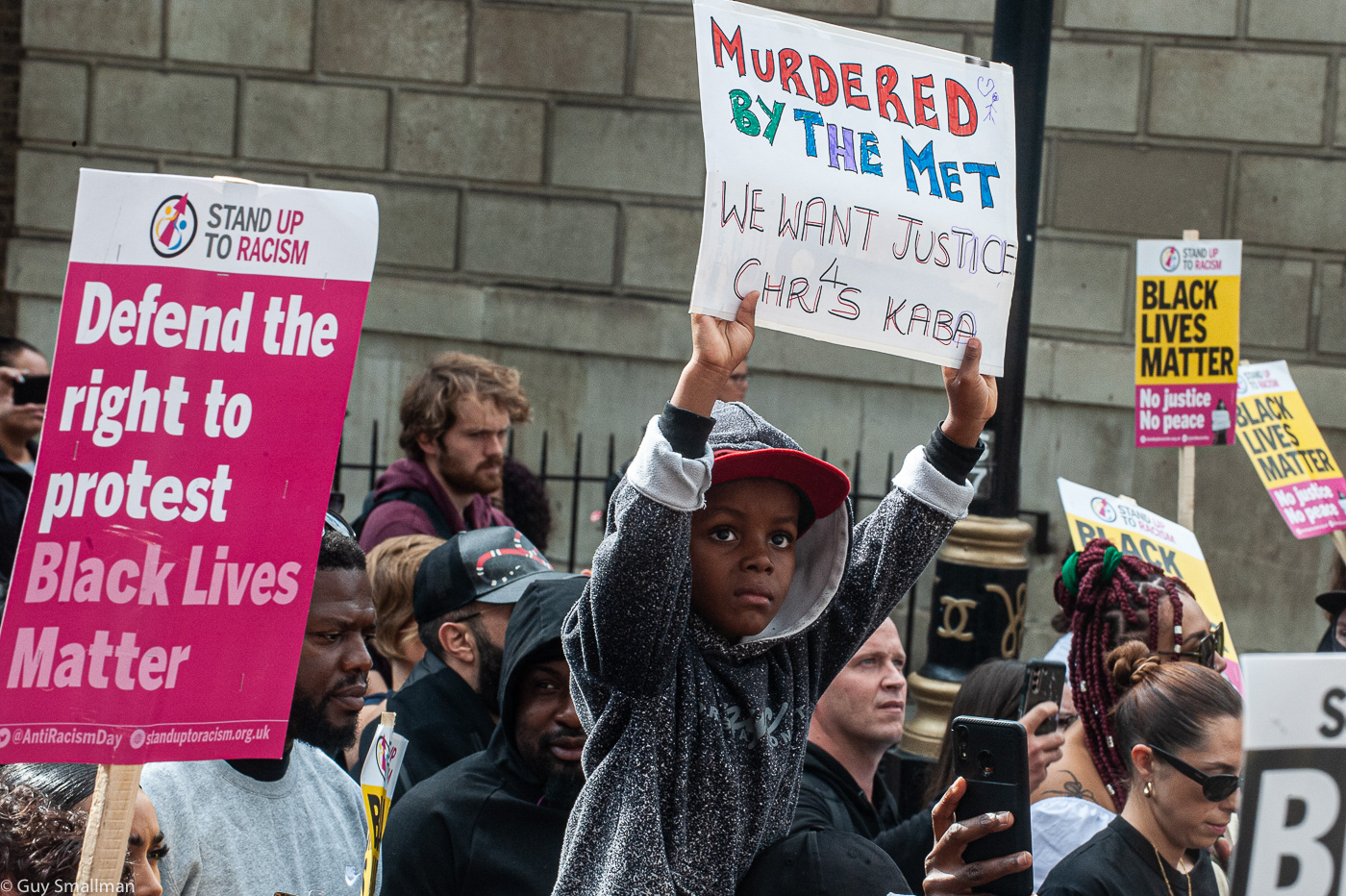 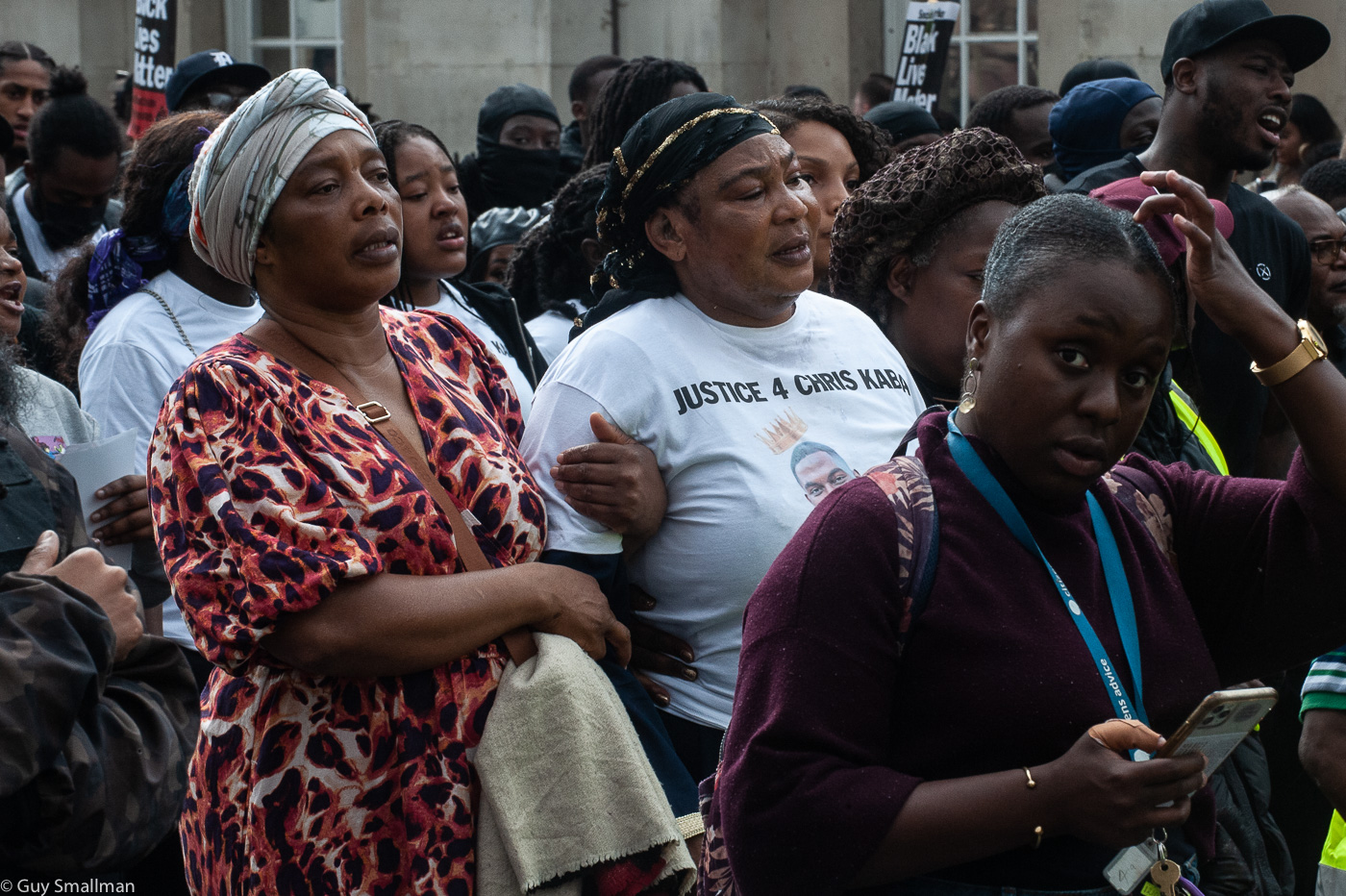 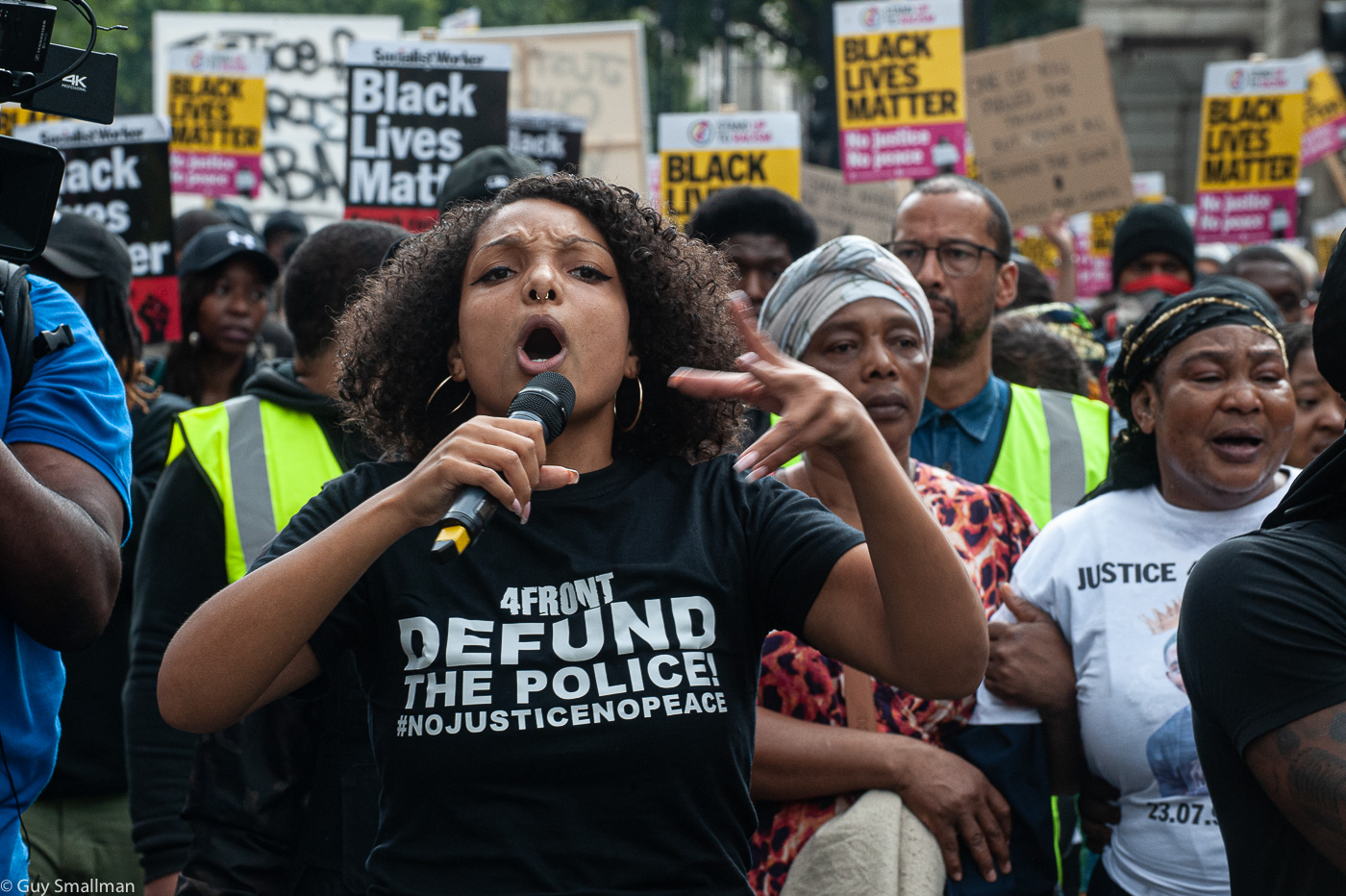 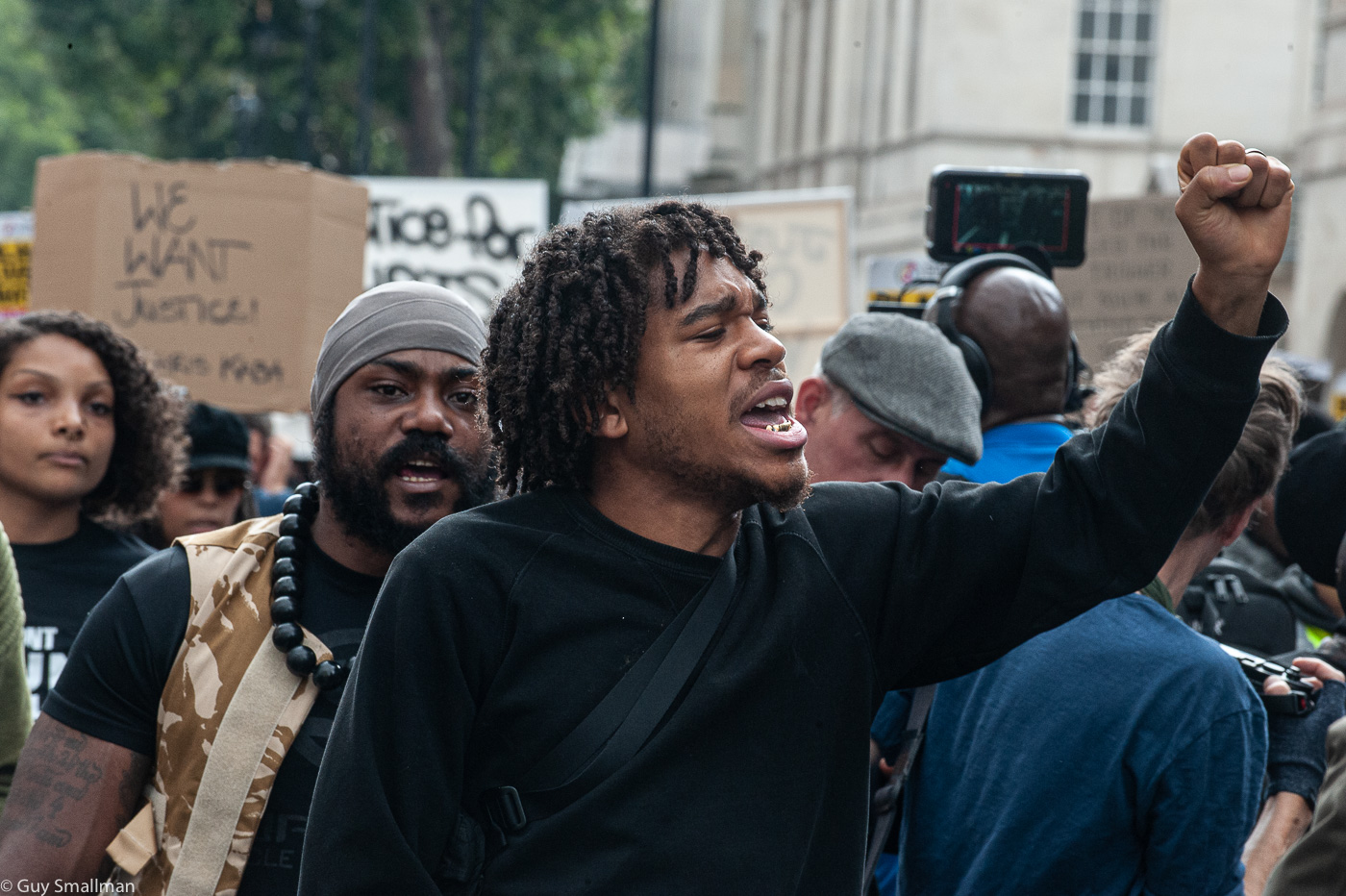 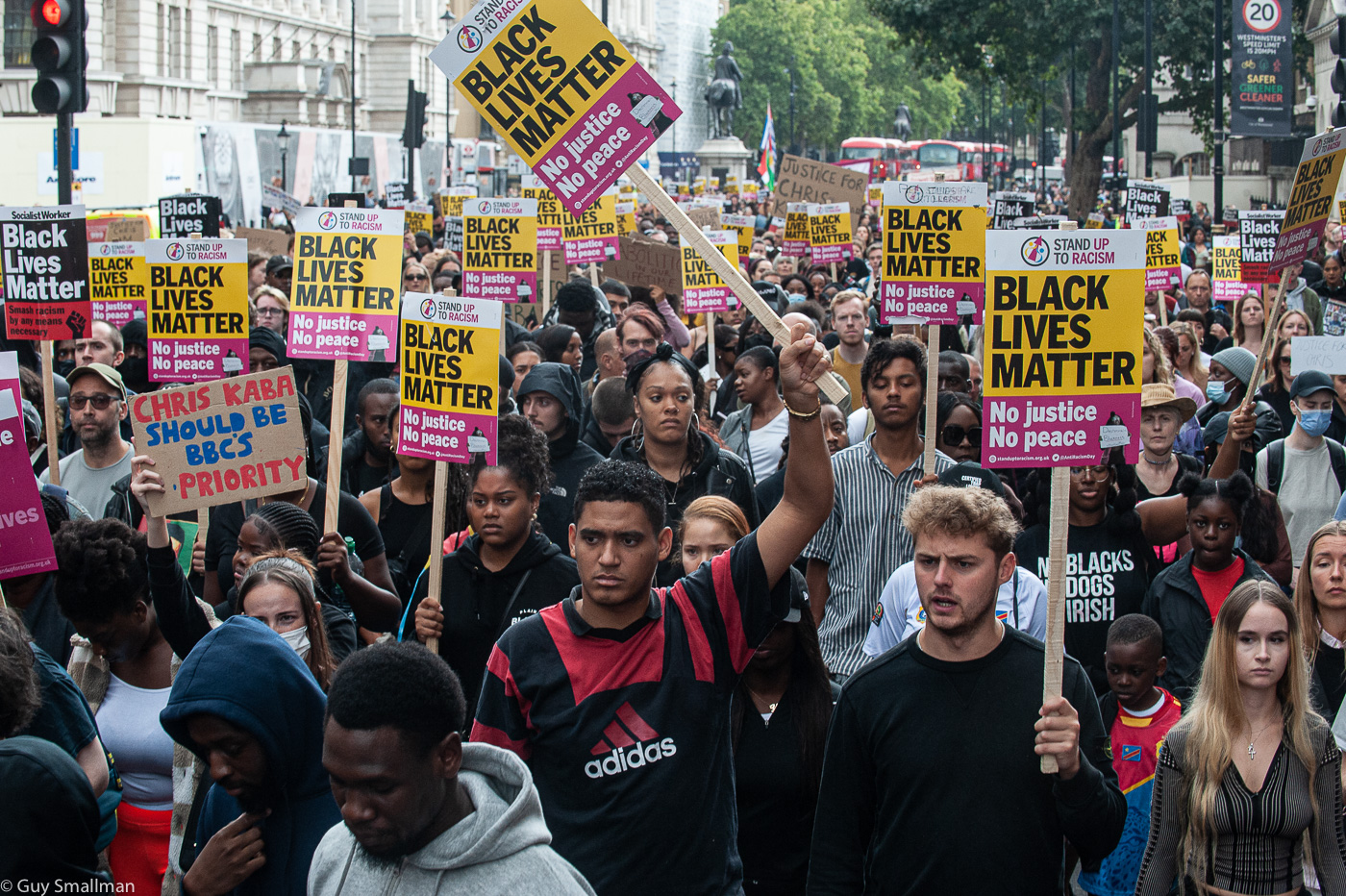 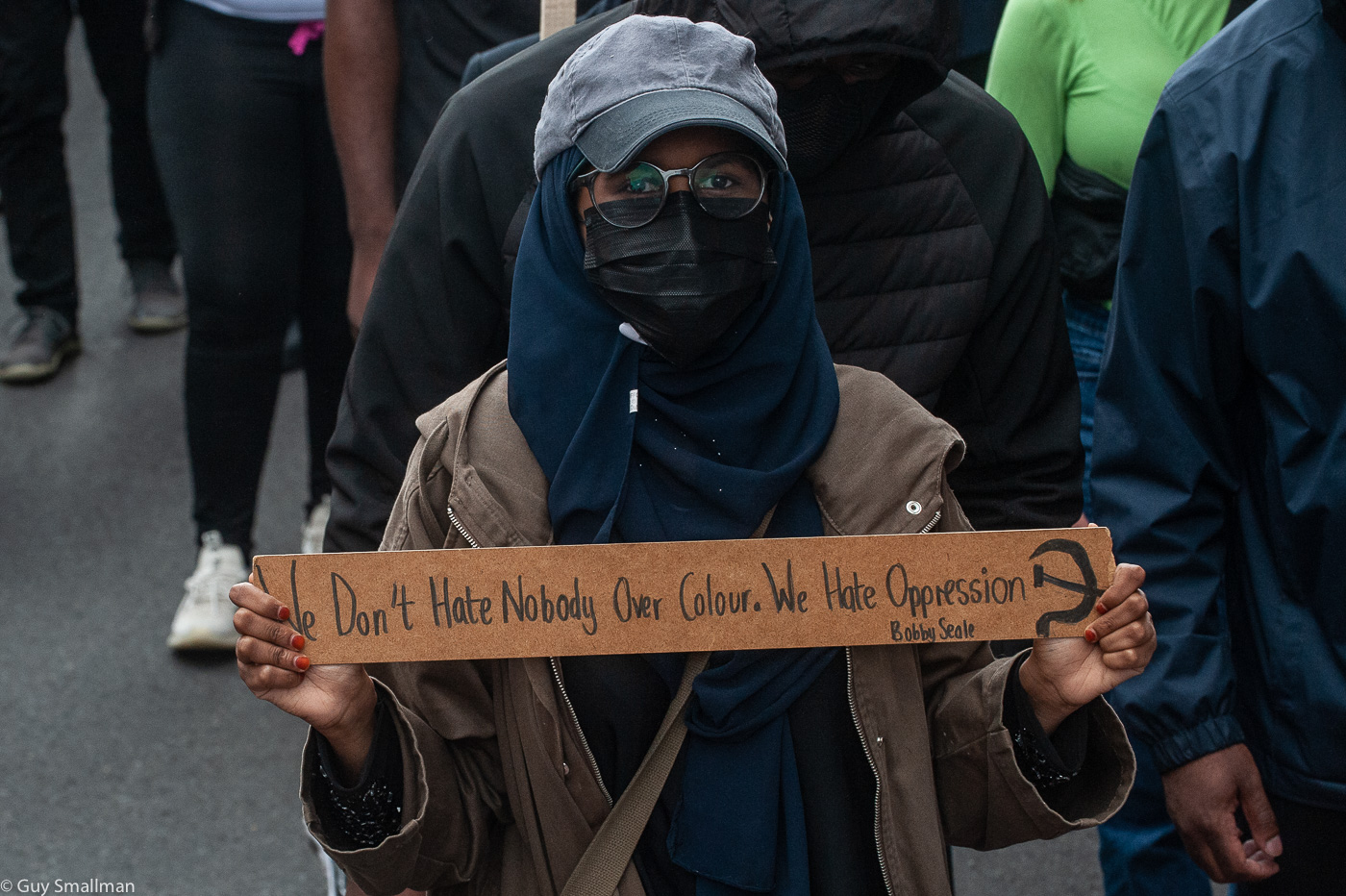 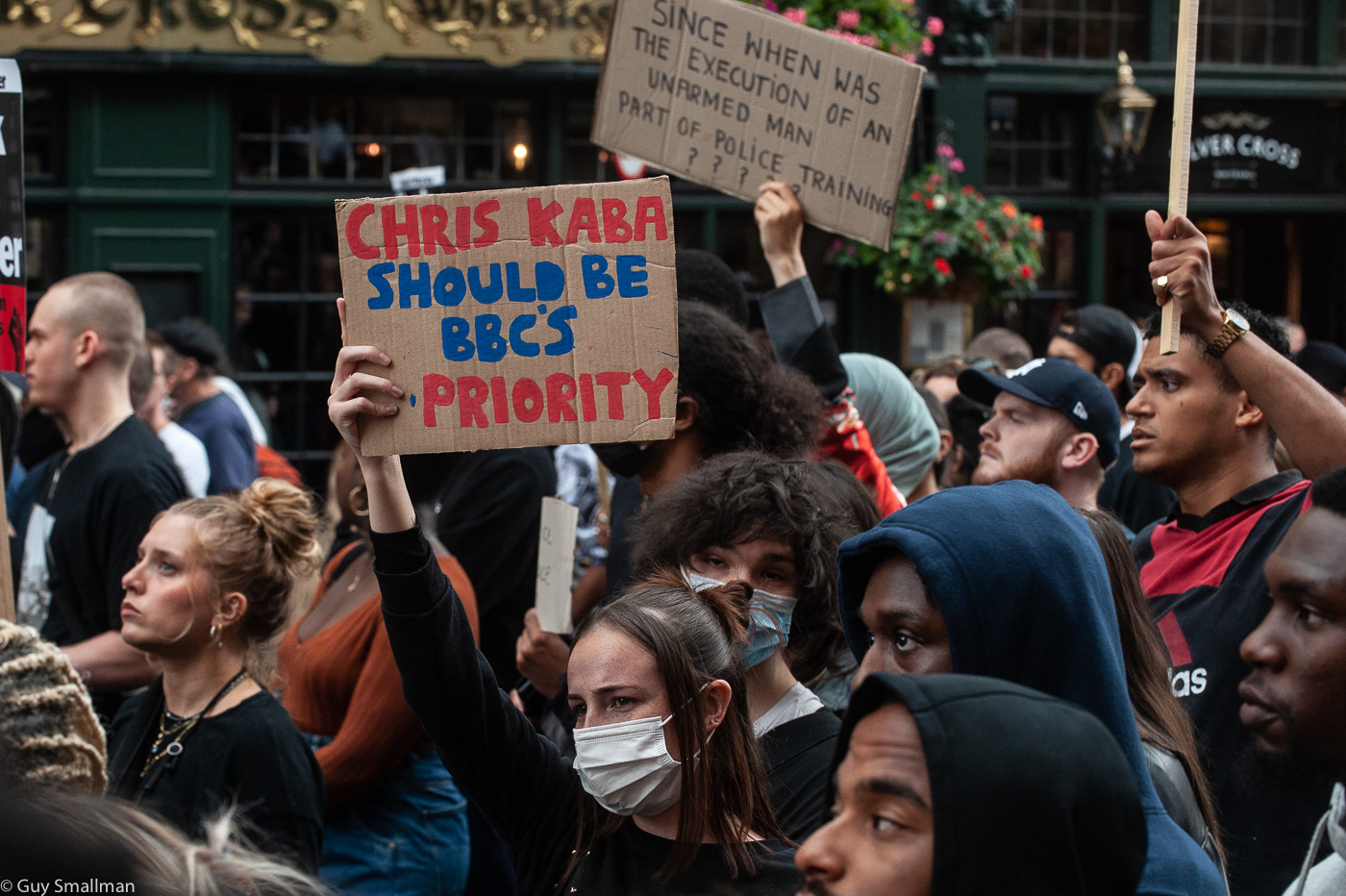 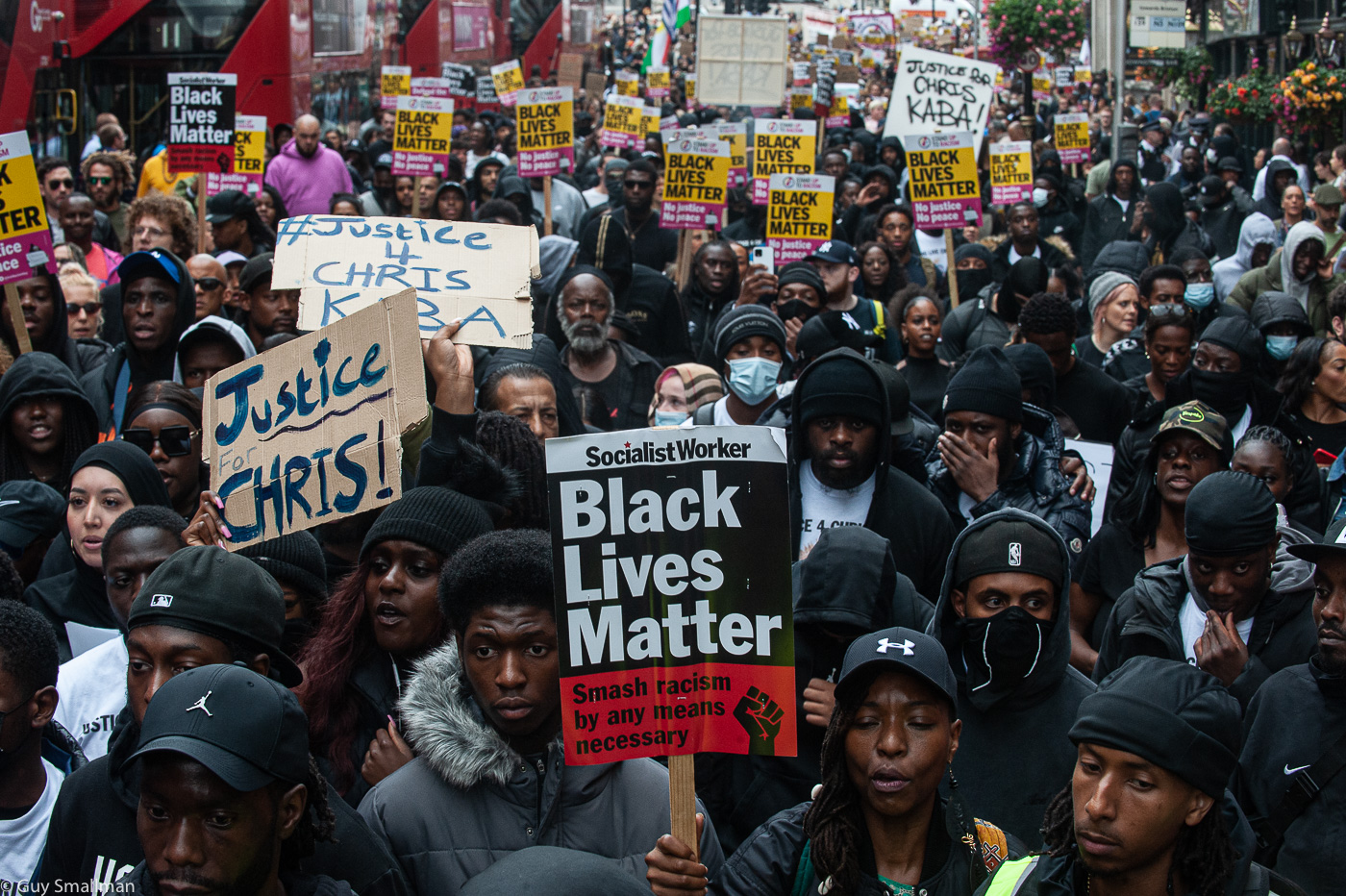 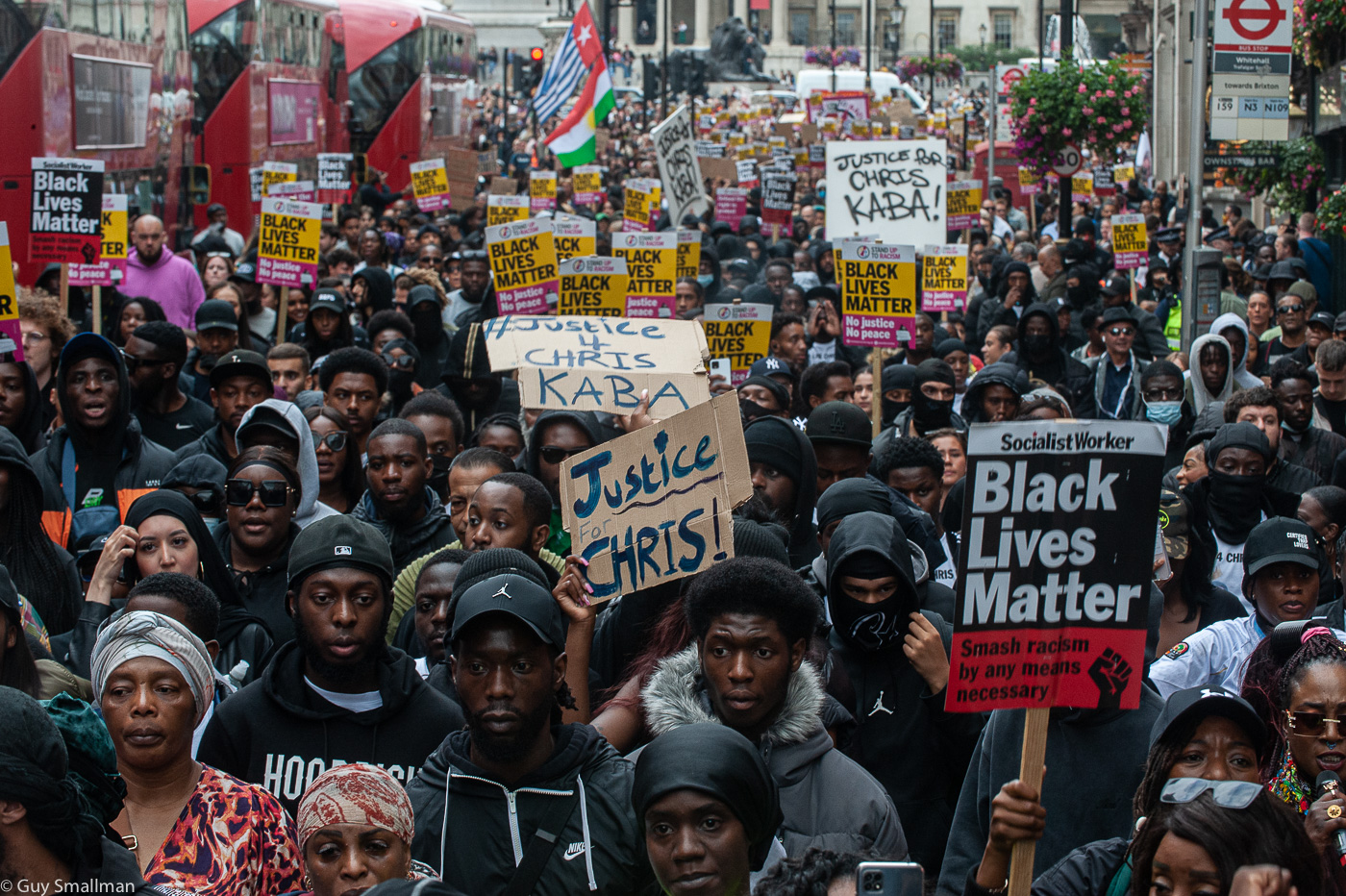 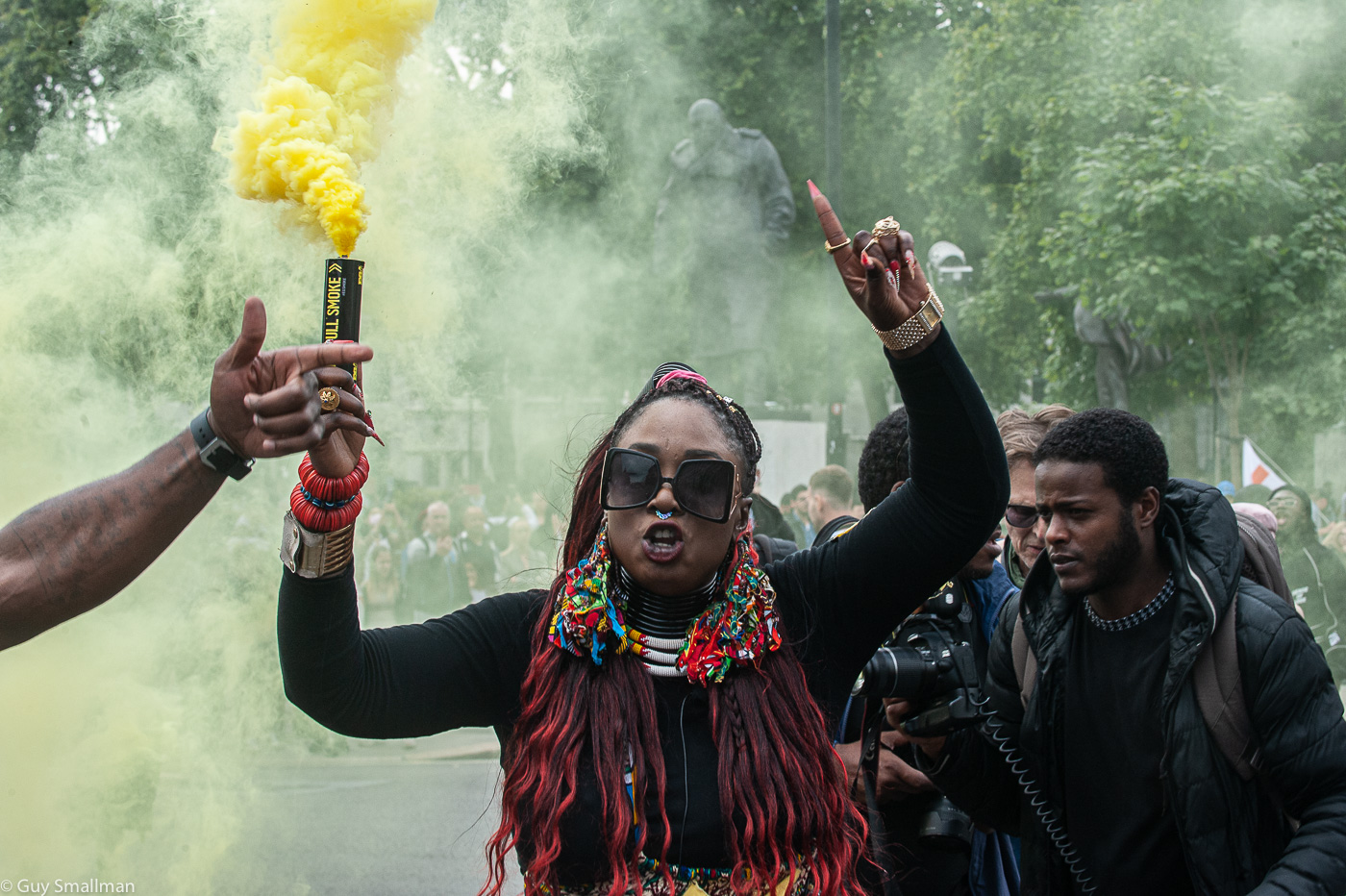 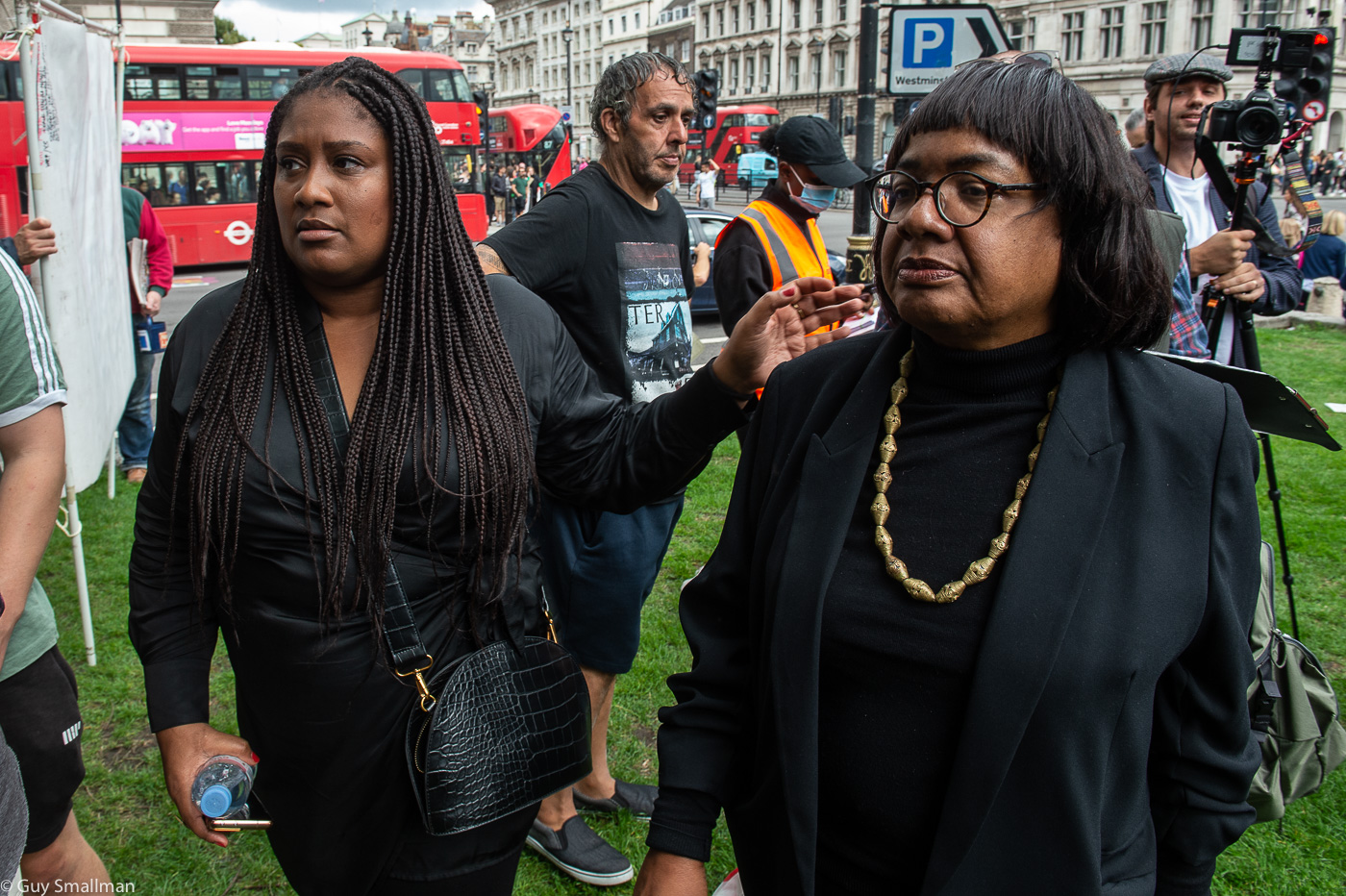 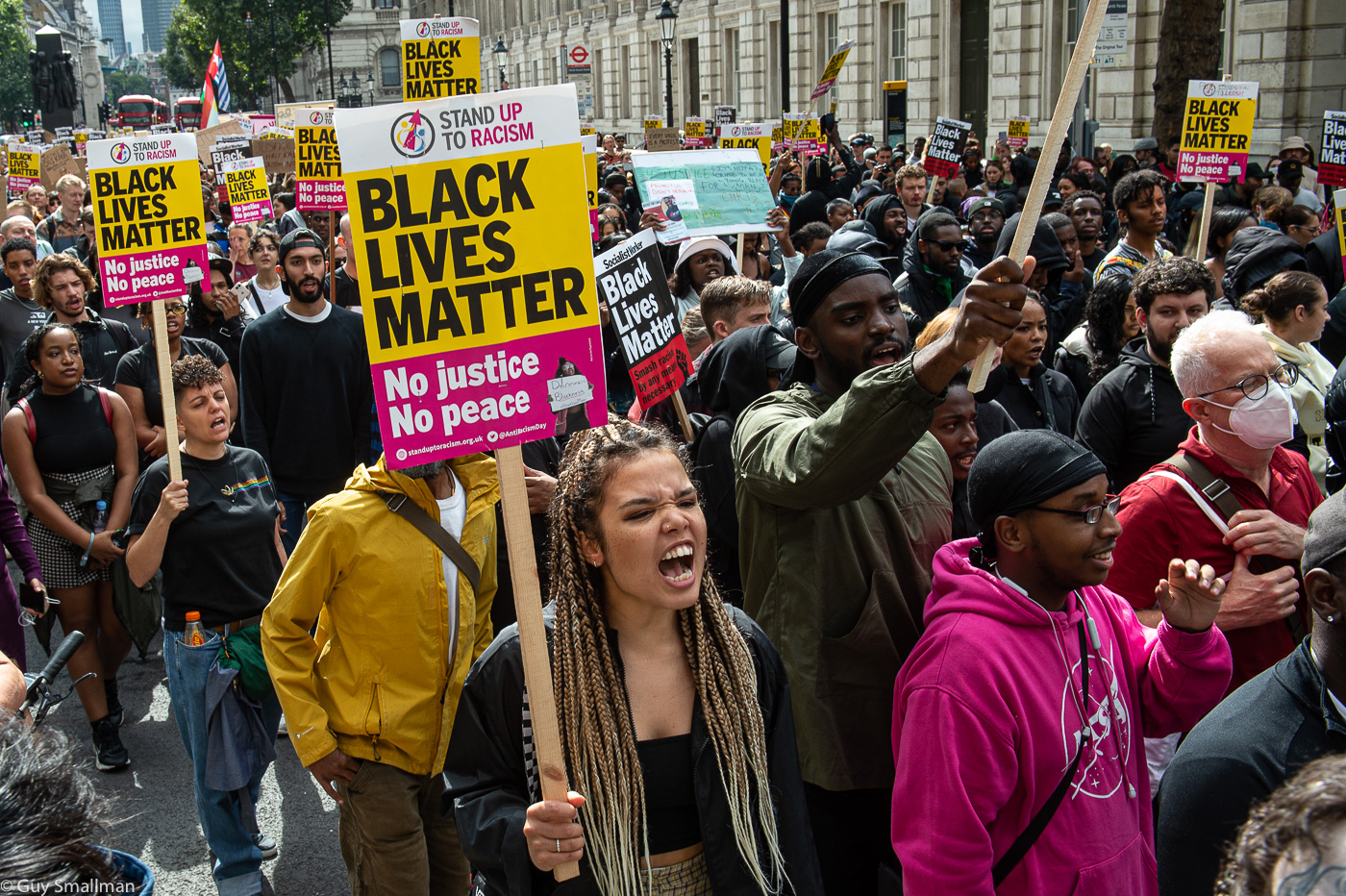 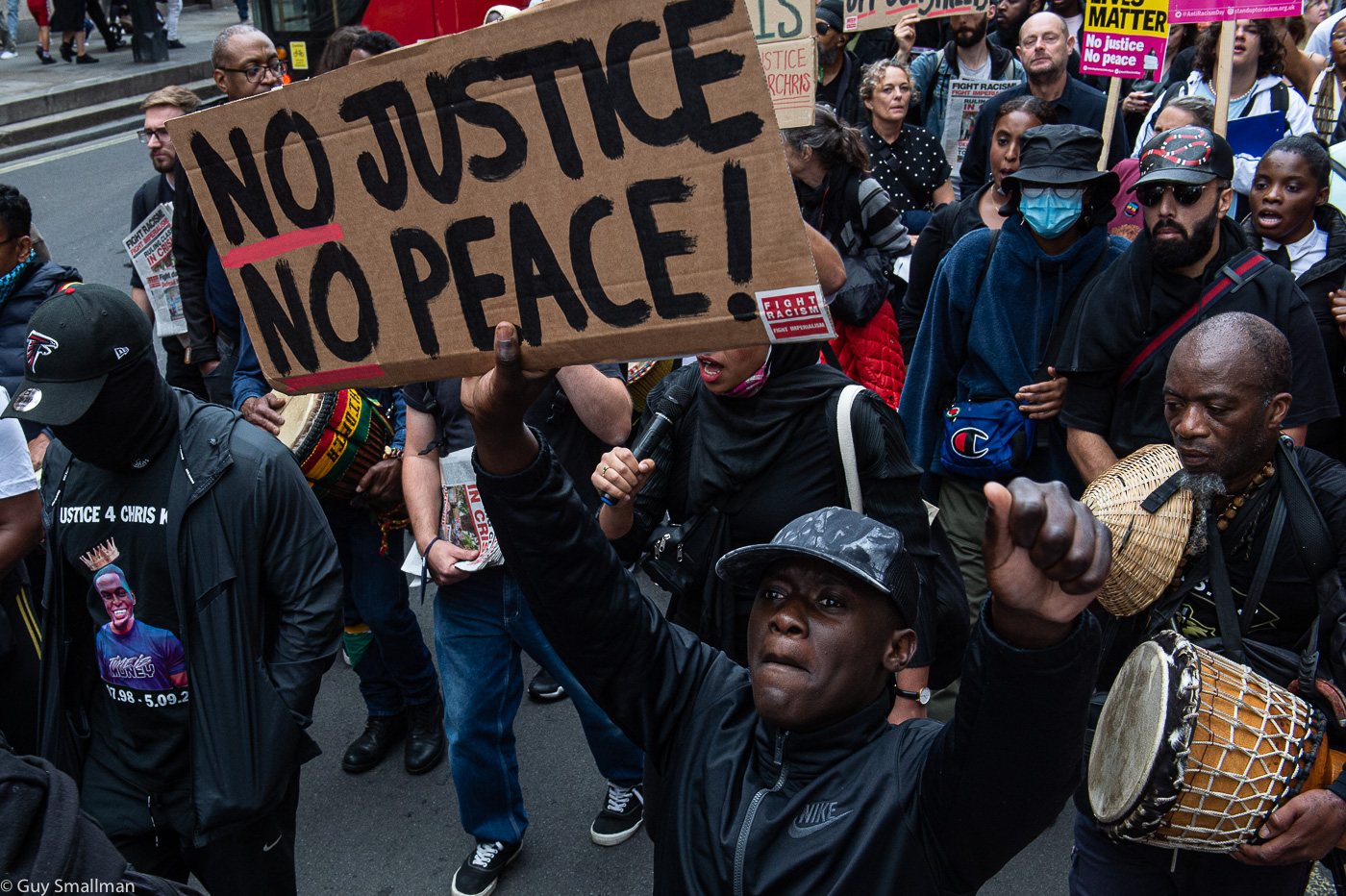 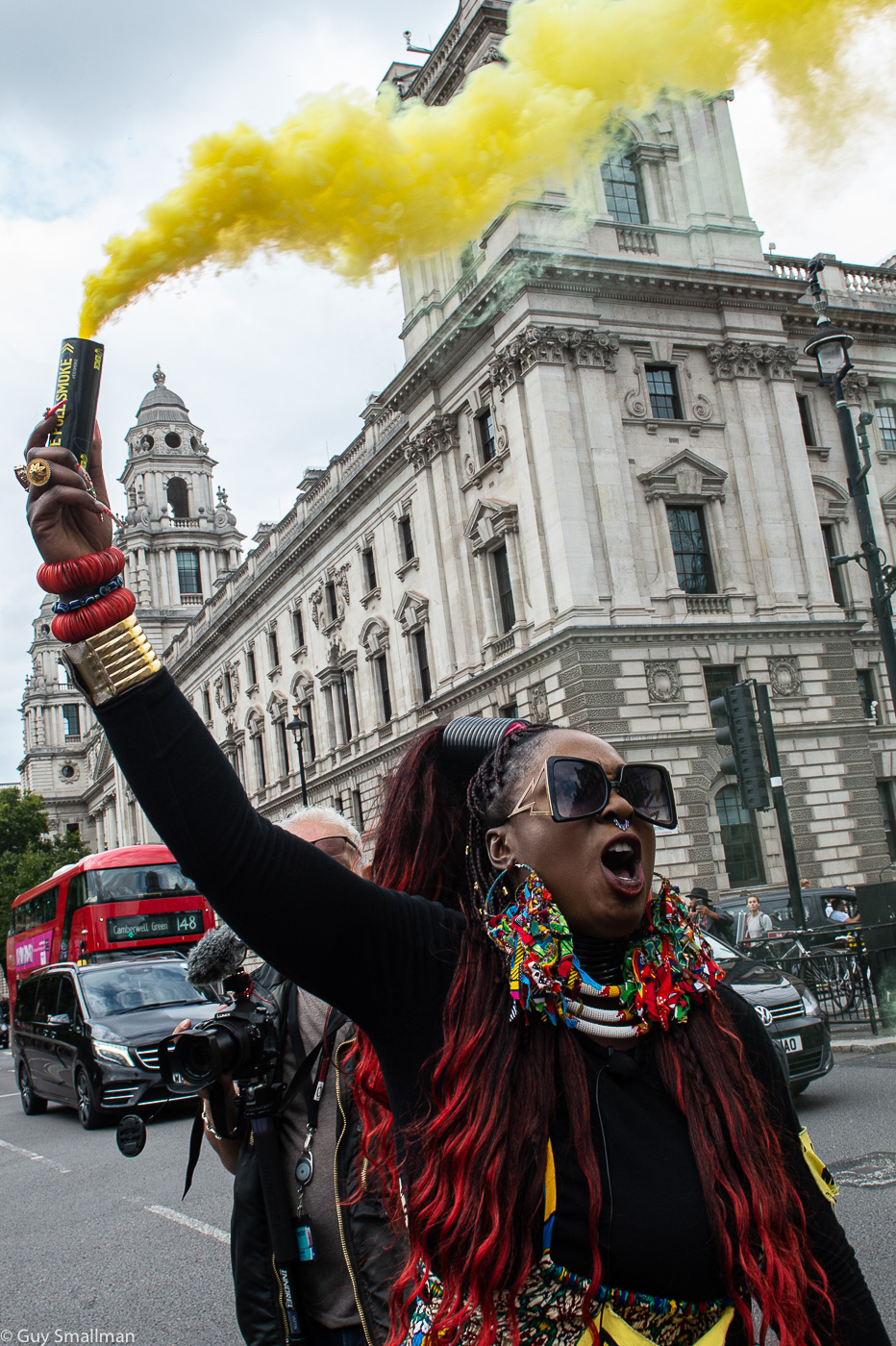 Linkedin
OTHER ARTICLES
Birdy Chu reflects on documenting the historic moment in which the territory was formally passed back from the UK to China.
Thousands of protestors gathered in Westminster to express their sadness and fury at the fatal police shooting of a young Black man in Brixton.
For over a decade, gamblers have won big by employing people to place live bets from the court. But does this dubious method still work?
Following the announcement of an 80% hike in the energy price cap from 1st October, crowds gathered outside the offices of energy regulator Ofgem to protest and declare their intention to undertake a payment strike.
Financial turmoil is pushing people who work in the sex industry into more dangerous and desperate situations as a means of survival.
In his 2008 series, the photographer pictured himself as Angela Davis, Martin Luther King Jr., Malcolm X, and other prominent figures.