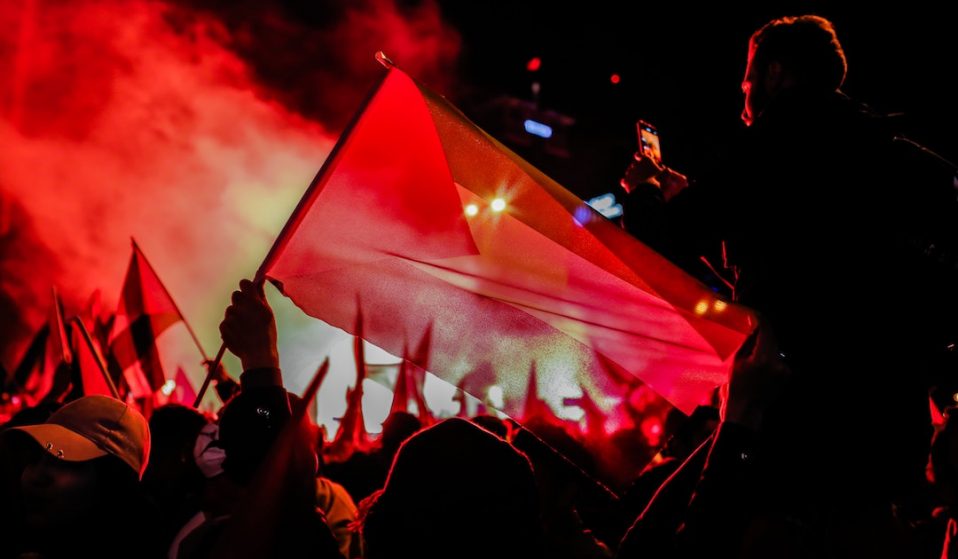 A new campaign is educating Palestinians about the importance, and feasibility, of boycotting Israeli goods from the inside to weaken colonial-economic structures.

It has long been assumed that Palestinians living inside the apartheid system have an inherently weaker capacity to mobilise. But a new campaign is educating Palestinians about the importance, and feasibility, of boycotting Israeli goods from the inside to corrode colonial-economic structures.

This past Sunday, Palestinians began the first “National Economic Week” – a campaign to boycott Israel and promote Palestinian businesses. While the core message is not new, what is distinctive here is a campaign of activism coordinated and carried out in locations across historic Palestine. The week has seen lectures, tours and farmer’s markets and shops selling posters and stickers promoting boycott of Israeli, in favour of Palestinian, products.

Many Palestinian cities and villages in the West Bank, Gaza, Jerusalem, and lands occupied in 1948 answered the call from the activists behind the campaign and mobilised, while emphasising the urgent need for unified support for the Palestinian economy, which is inseparable from its independence and political liberation. A key part of this week of action has been about promoting support for the small Palestinian businesses and local Palestinian production sectors, to challenge monopolistic colonial-economic power.

To that end, activists have been raising awareness of the relationships and interdependencies between the colonial political project and the Israeli economic sector. The National Economic Week has also had a focus on educating Palestinians about the importance, and feasibility, of boycotting Israeli goods from the inside, to weaken Israeli colonial-economic structures. 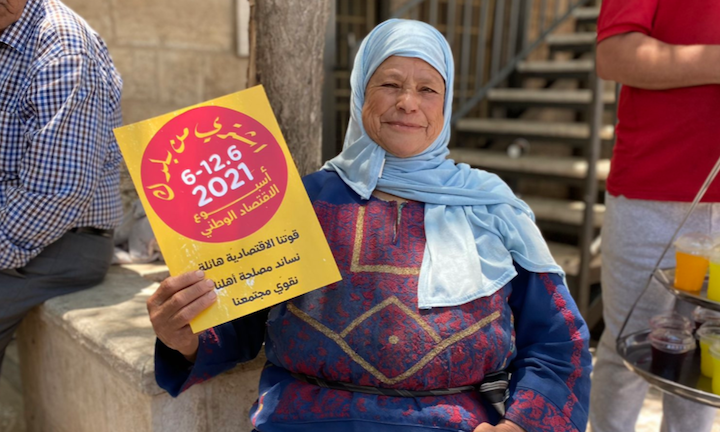 One of the most promising features of this week of activism is the participation of Palestinians within the lands occupied in 1948. It has long been assumed by many that Palestinians living inside the Israeli apartheid system have an inherently weaker capacity or ability to mobilise around and make an impact through economic-political activism. However, such assumptions are now being slowly but steadily undermined. Those Palestinians, who suffer from Israel’s policies of segregation and ethno-national discrimination as second-class citizens, are faced with a particularly challenging context for boycott activism – but it is still possible.

Throughout the week, activists have been explaining and deconstructing, through tours and Facebook-live videos, how colonialist and discriminatory policies have systematically destroyed different Palestinian production sectors and services to maintain Palestinian economic and political dependency. For example, the Palestinian market in the West Bank is the second-largest market for Israeli products after the United States of America, with exports amounting to more than four billion and 400 million dollars annually.

However, it is important to bring more awareness to the fact that 53 per cent of the Israeli products which we consume in the West Bank can be easily replaced with Palestinian products. The Palestinian alternative is produced by various Palestinian local production lines, small family businesses, and small shops in lands occupied in 1948, which are all in big need of being supported, and this is one of the main messages of the National Economic Week.

It is sometimes claimed that boycott activism by Palestinians with Israeli citizenship is a non-starter, as they are forced to use Israeli services such as utilities, transportation, health, and insurance. How can you boycott the Israeli economy while holding its passport? Here, we have to differentiate between forced and voluntary normalisation. As in some cases of colonisation, we Palestinians are forced into a coercive relationship with the occupier, such as using the occupation’s ports or trading the shekel currency – this constitutes forced normalisation. ‘Voluntary’ normalisation, on the other hand, relates largely to what we consume in our own households – basics such as milk and cheese – and here there is significant potential for boycotts. 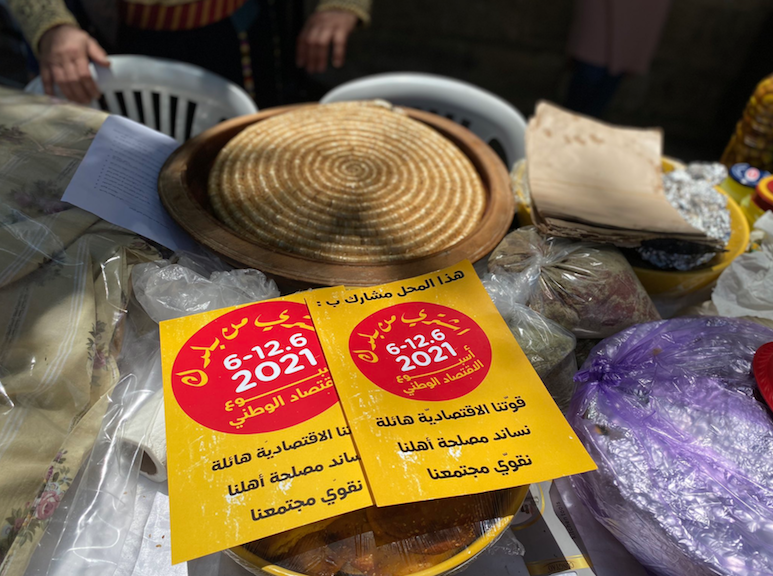 Another point which National Economic Week aims to deconstruct among Palestinians is why the Israeli products in lands occupied in 1948 outdo Palestinian products with respect to price, and how that influences the demand for such Israeli products. Here, economies of scale is an important perspective that could help us to better understand how dominant Israeli industries can control prices and market demand, which in return, weaken Palestinian production. When a big business has a high volume of operation and production, the cost per unit of the business’s output decreases, which causes competitive, low prices. The largest Israeli food manufacturer, Tnuva, for example, supplies 70 per cent of the Israeli market and can therefore offer low prices while still making a profit.

Meanwhile, in the name of so-called ‘social responsibility’, Tnuva launched an ‘adopt a soldier’ project, where it clearly states on its website: ‘Tnuva warmly cherishes IDF soldiers, as part of a long tradition of concern for our soldiers during times of war, as well as adopting various units on a regular basis’.

Boycotting the Israeli occupation is a very important part of our vision of liberation and independence, and marks a real disengagement from the Israeli economic structure. By doing so, we will fight the occupation and its economic structure as a whole, to weaken and corrode it from within. In parallel, the demand for our Palestinian products increases, the size of our national economy grows, unemployment rates decrease, and political and economic autonomy will be achieved.

Amal Nazzal is a researcher and academic at Birzeit University.

Linkedin
RELATED ARTICLES
OTHER ARTICLES
From snake handlers to mardi-gras revellers, Tom “TBow” Bowden’s photos provide a snapshot of the wonderful and weird people who make up America.
A group of aid workers face prison for helping to save people fleeing their homes at sea. If they are charged, it will have a chilling effect on humanitarian efforts.
A new podcast is opening up the conversation between trans women and trans amorous men in the hope of building coalitions.
Photographer Sean Maung reflects on documenting a small town in Pennsylvania afflicted by high levels of unemployment, poverty, violence, crime, and addiction.
Campaigners reflect on what the supreme court’s decision to allow buffer zones in NI means for the future of reproductive rights in the UK.
The pro skateboarder withdrew from the 2020 Olympic Games so he could come out as trans. Now, he’s hoping to encourage others to live as their authentic selves – within the sport and beyond.