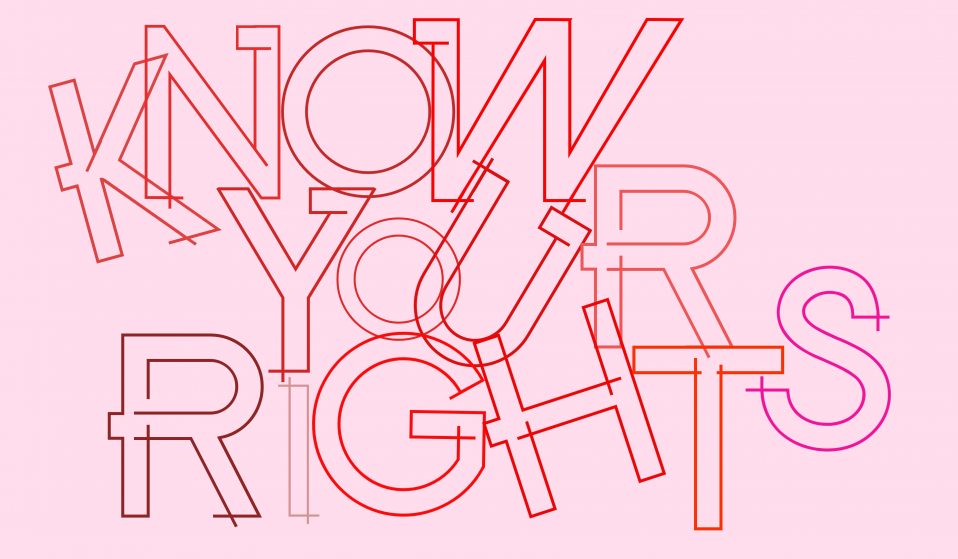 Last year, a number of violence against women workers united to build the sector’s first-ever union. So how much has it helped?

Last year, a number of violence against women workers united to build the sector’s first-ever union. So how much has it helped?

When employees at Nicole’s* London workplace first started talking about unionising, they did so mostly in whispers and hurried conversations behind closed doors. “It had to be done completely secretly,” she tells me. “It would have gone down very badly with bosses.”

Nicole, who works in sexual violence advocacy at a London organisation, is one of a number of violence against women workers who came together last year to build the UK’s first-ever union for the sector. A branch of the United Voices of the World union, the group includes workers from Solace Women’s Aid, Rape Crisis South London, Refuge, Women and Girls Network, The Nia Project and a number of other sister organisations. They launched officially on November 25th – the International Day for the Elimination of Violence Against Women.

“I think there are lots of different reasons why it’s happening now,” says Nicole, pointing out the relative smallness of the sector, and the fact that bad bosses tend to move around within it. while workers are uniquely well-connected with each other.

“But I also think the sector has had these problems for a really long time and now it’s just at breaking point,” she continues. “Either something has to change or we can’t stay working in these jobs.”

The way the union’s formation played out appears to echo her assessment: it was entirely by coincidence that a colleague discreetly mentioned unionising to a friend at a different organisation, only to discover that they were in the middle of the same process.

Devastating cuts to the sector under austerity measures, workers say, have resulted in excessive workloads to the detriment of client safety. Union member Rachel* says low pay and the normalisation of overwork in her organisation ultimately made her ill. “I wasn’t able to live a normal life,” she recalls. “I was mentally and physically tired all the time.”

The VAWG/GBV union has been formed by workers from several orgs within the sector. We are:

In her own workplace, Nicole tells me, managers routinely bully workers out of the organisation, individuals and departments are pitted against each other and kept apart in order to erode solidarity, and women of colour leave far more quickly than their white counterparts. And, she says, there is a culture of transphobia – one of the main issues around which workers first began organising.

“Lots of us felt really let down by the sector’s response to [the 2018 government consultation on the Gender Recognition Act],” Nicole recalls, pointing out that a number of English organisations at the time remained silent on the issue or, in a few cases, expressed sympathy with concerns that trans-inclusive policies could threaten women’s safety.

“We feel very strongly that our service should be open to trans women and non-binary people if they think we’re the right service for them,” she explains. “But any attempts to discuss it have been silenced really harshly and now there’s a huge culture of fear around the whole topic.” While the union is yet to formally agree its priorities and strategies, members are united and clear on its values: this is a “feminist, anti-racist, trans-inclusive, trauma-informed and intersectional union”, read a statement issued to bosses upon the group’s launch.

On top of the resistance and hostility that unions expect as par for the course, the new branch, by virtue of the work its members do, is also grappling with the entirely gendered catch-22 that to speak up is to seem uncaring, while to struggle is to open yourself up to the suggestion that you’re too weak, or not cut out for the job. But, says Nicole, “we’re doing this because we care so deeply. We know that the sector as it is isn’t sustainable, and we want it to be.”

For the branch, the coming months will be pivotal in laying out what their first campaigns will look like. Early discussions have focused on pay and conditions, cuts to the sector and funding processes which means organisations are constantly bidding against each other for contracts and tiny pots of money. Access for trans women, non-binary people and those with disabilities is also high on the agenda.

While members at different workplaces are at varying stages of formalising their agreements and seeking official recognition, the union hopes to keep growing its membership, inviting peers to join via their website and keep up-to-date with their work on social media. What is their message to overworked, stressed and underpaid colleagues across the sector?

“I’d say you deserve better than what you are being given, and how you’re being treated right now,” says Nicole. “We’ve been made to feel so powerless as workers and it’s time to take that power back.”

“We are the sector,” she continues. “We outnumber the bosses on a huge scale and no work would be done if it wasn’t for us. We deserve, finally, to have what we would want for other people.”

*names have been changed

Linkedin
RELATED ARTICLES
OTHER ARTICLES
A new law change is enabling Britain’s donor-conceived children to know the truth about their origins – but campaigners say the fertility industry must do more to protect people.
Zsófia Sivák’s ongoing project documents the country’s tavern culture, preserving a once defining part of rural life.
David 'Dee' Delgado’s photo project is about honouring and uplifting the city of his youth, and a world rapidly disappearing under the relentless onslaught of gentrification.
A group of aid workers face prison for helping to save people fleeing their homes at sea. If they are charged, it will have a chilling effect on humanitarian efforts.
Jeffrey Henson Scales intimate portraits and protest images of the BPP and its leaders offer a rare insight into organisation at a time of societal upheaval.
After a two-year hiatus and a new album, the Nigerian artist is riding high. Now, he wants to bring his alternative, genre-bending sound to the world.