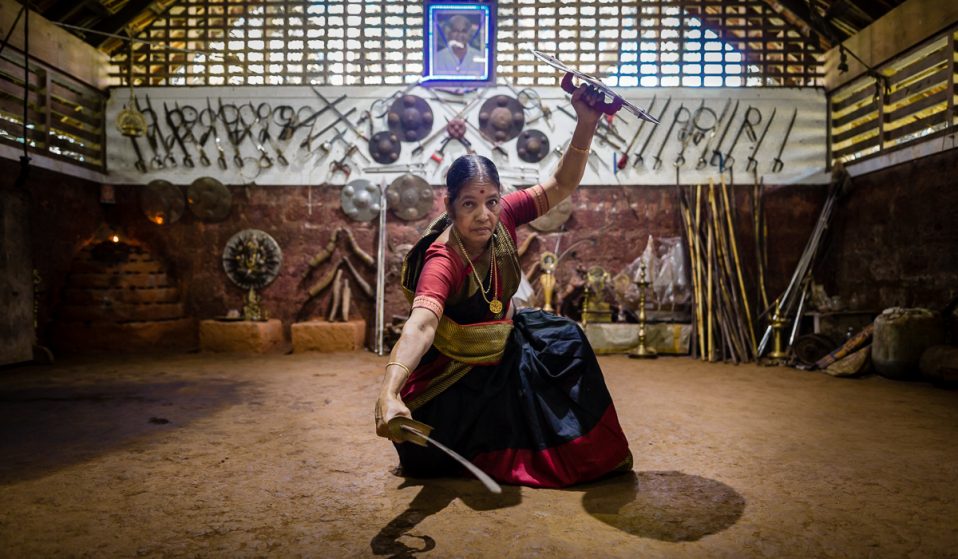 “I first came across the South Indian martial art ‘Kalaripayattu’ some years ago,” recalls photographer Nadja Wohlleben. “Dating back to the 2nd century BC (Sangam period) and believed to be the mother of all modern Asian martial arts, I was instantly fascinated by this traditional fighting system.”

For Wohlleben – who’s been training Shaolin Kung Fu and Taekwondo for nearly 20 years – the subject is of personal interest, something she believes is integral in all good photography. As a teacher of Taekwondo and self-defence workshops, Wohlleben’s photography often portrays women who fight.

“Throughout cultural history, women often had the attribute of being the weak gender, while men were portrayed as strong,” explains Wohlleben. “In my work, I question the female identity as being weak, by portraying strong women who inspire younger generations through their courage and power, functioning as role models, leading by example by showing that women can be forceful.” 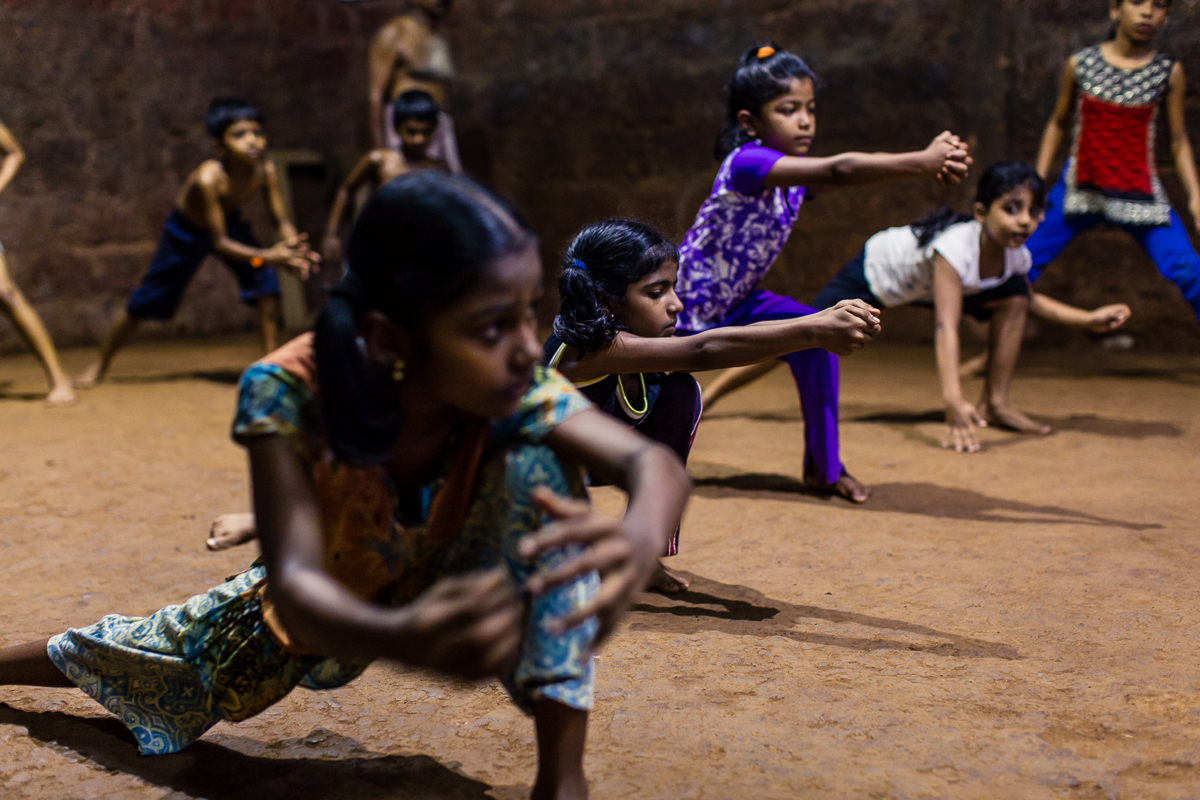 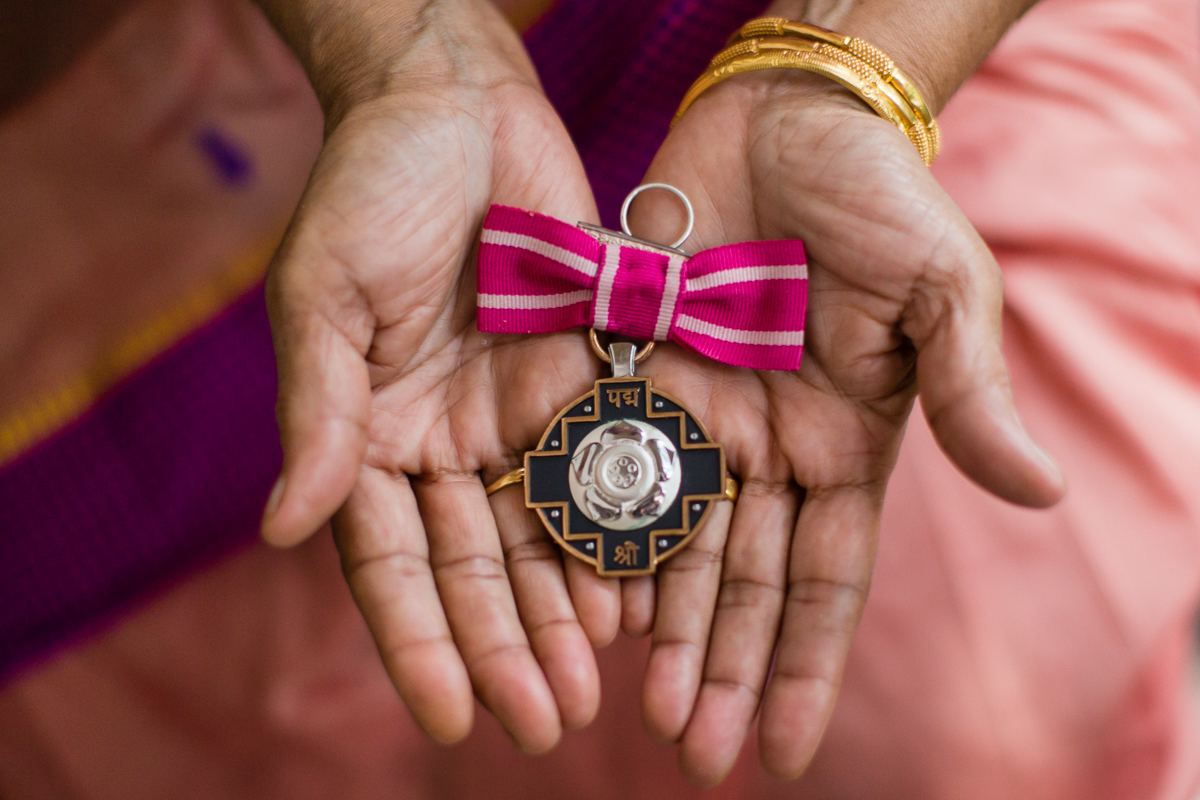 It was in a YouTube video that Wohlleben first discovered Meenakshi Raghavan. The video, which showed her performing in a show fight with a much younger man, went viral, and Meenaskshi became a YouTube star overnight.

“When I saw the video, I knew she was the perfect protagonist for a photo-reportage about women in India who fight against gender-based violence,” says Wohlleben.

Situated in a small village in Kerala, India, Meenakshi’s school is attended by more than 150 students of all ages and genders. It was originally built by her late husband, Raghavan. They fell in love, married, had four children and started a Kalaripayattu dynasty. When he eventually died in 2010, Meenakshi took over his legacy and became India’s first female grand master of the martial art. 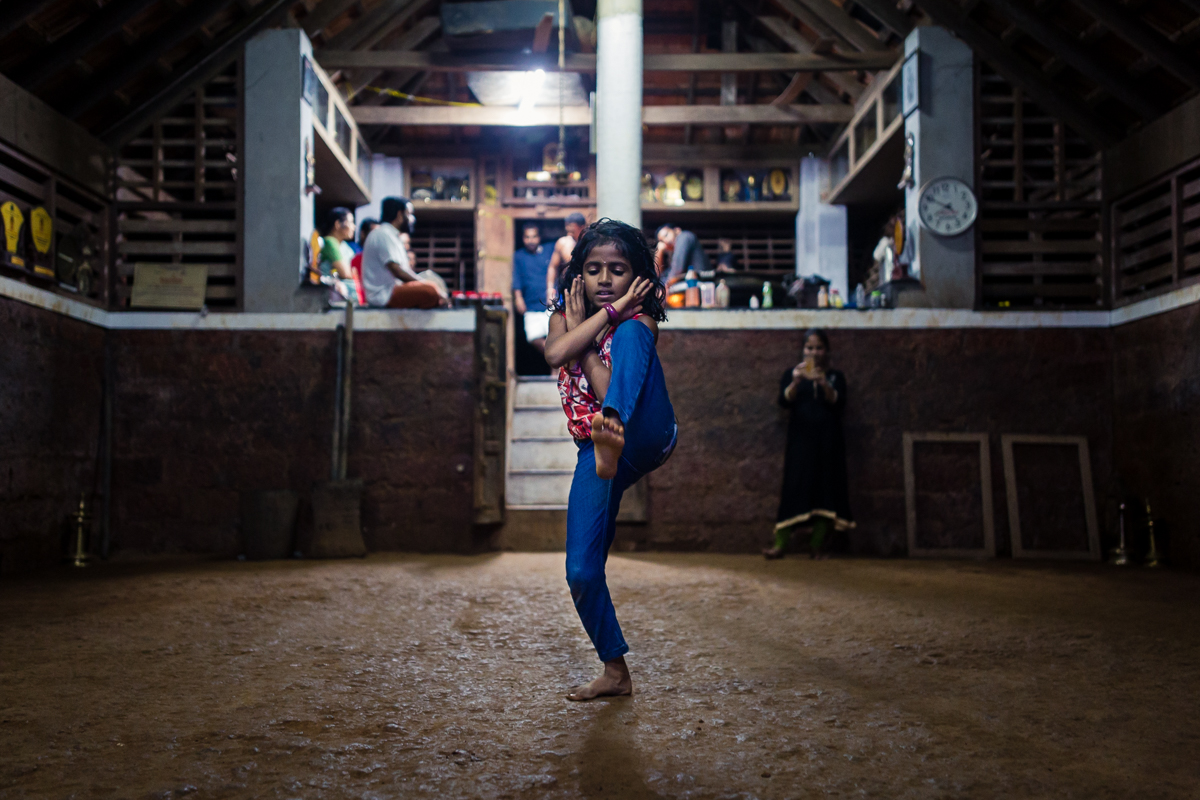 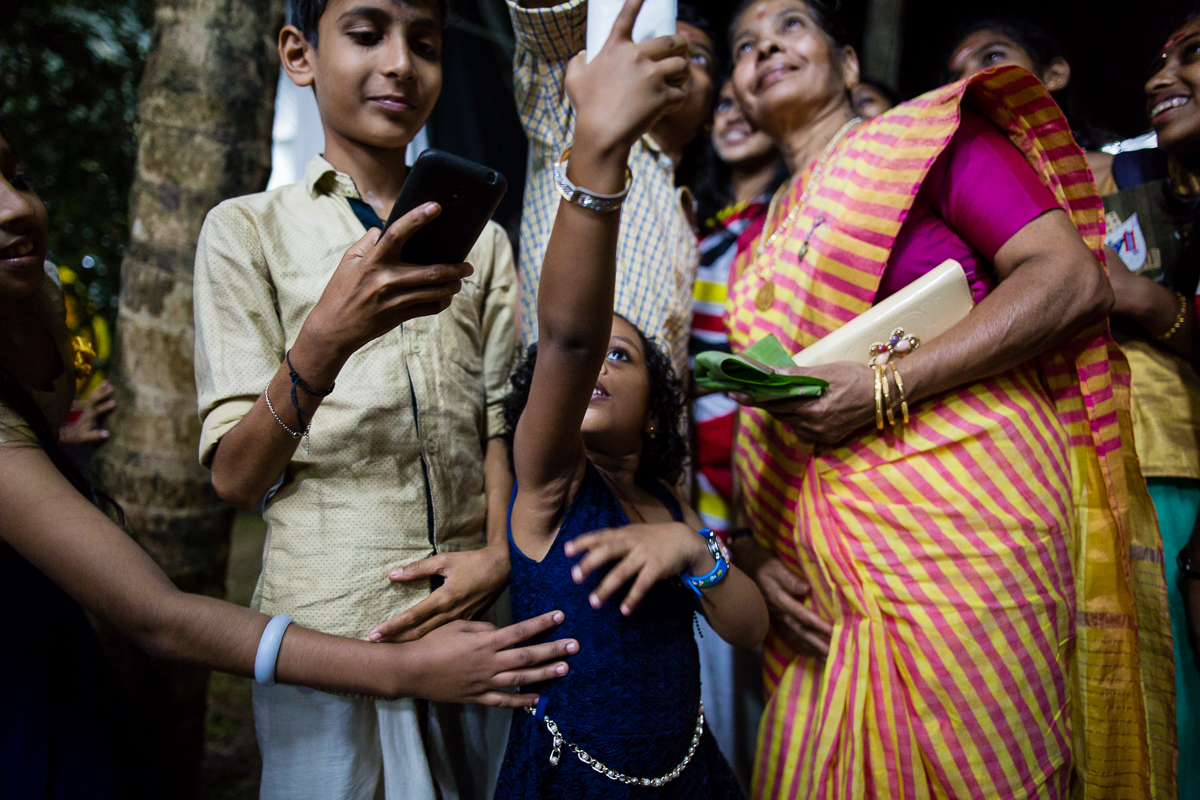 Having practised fighting techniques for 69 years, Meenakshi is a ‘Gurukkhal’, meaning a master of Kalaripayattu. “In January 2017, she received the Padma Shri award, which is one of the highest civilian honours in the Republic of India, for her lifelong commitment to Kalaripayattu,” Wohlleben says.

Due to the growing threat of violence that women face, more and more parents are allowing their children to train Kalaripayattu, with females currently making up one-third of the students.

According to India’s National Crime Records Bureau, an average of four rapes are reported each hour. However, Wohlleben adds, statistics only represent the tip of the iceberg, since most women who experience sexual abuse tend not to report it out of fear of being shunned or blamed by both their families and by society. 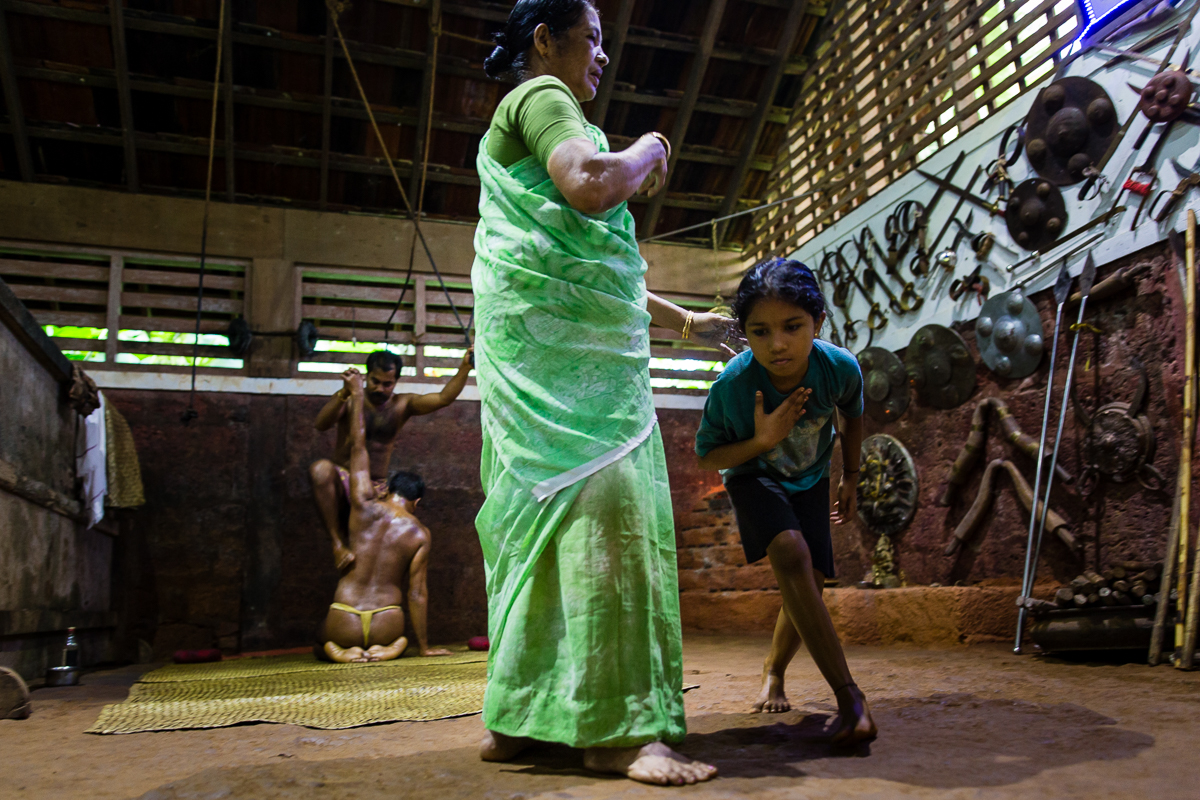 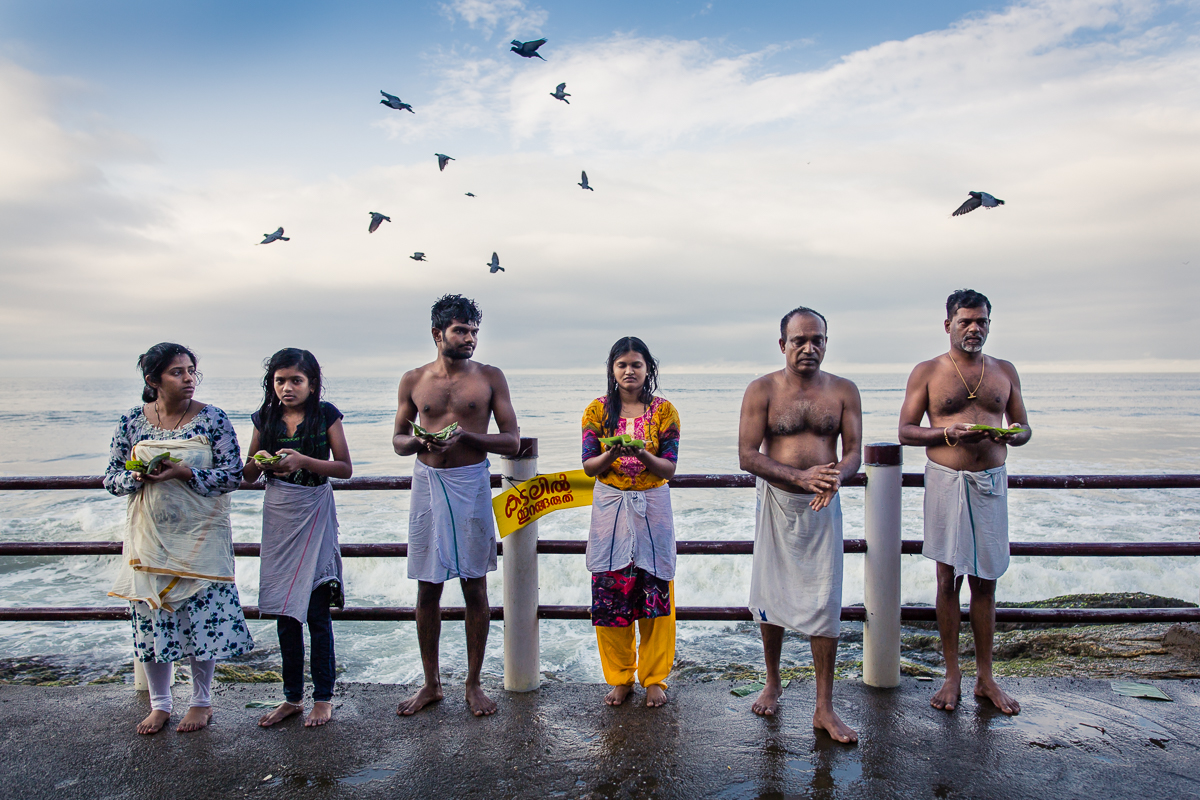 During her month-long stay, Wohlleben trained Kalaripayattu with Meenashkhi once or twice a day, from six-eight am in the morning, and then again from six-eight pm.

She describes Kalaripayattu as a “highly spiritual practice with many rituals involved.” For example, one ritual sees the student saluting the master, respectfully bowing before them and touching the Gurrukkhal’s feet to receive their blessing. “Men and boys bow before Meenakshi and touch her feet, which is unusual in India, for men to bow to a woman,” notes the photographer.

Wohlleben’s long-term goal is to collect inspiring stories about fighting women on a global scale: “One day, in five to ten years, I will turn these tales into a photo book – basically a visual atlas of fierce warrior women worldwide.” 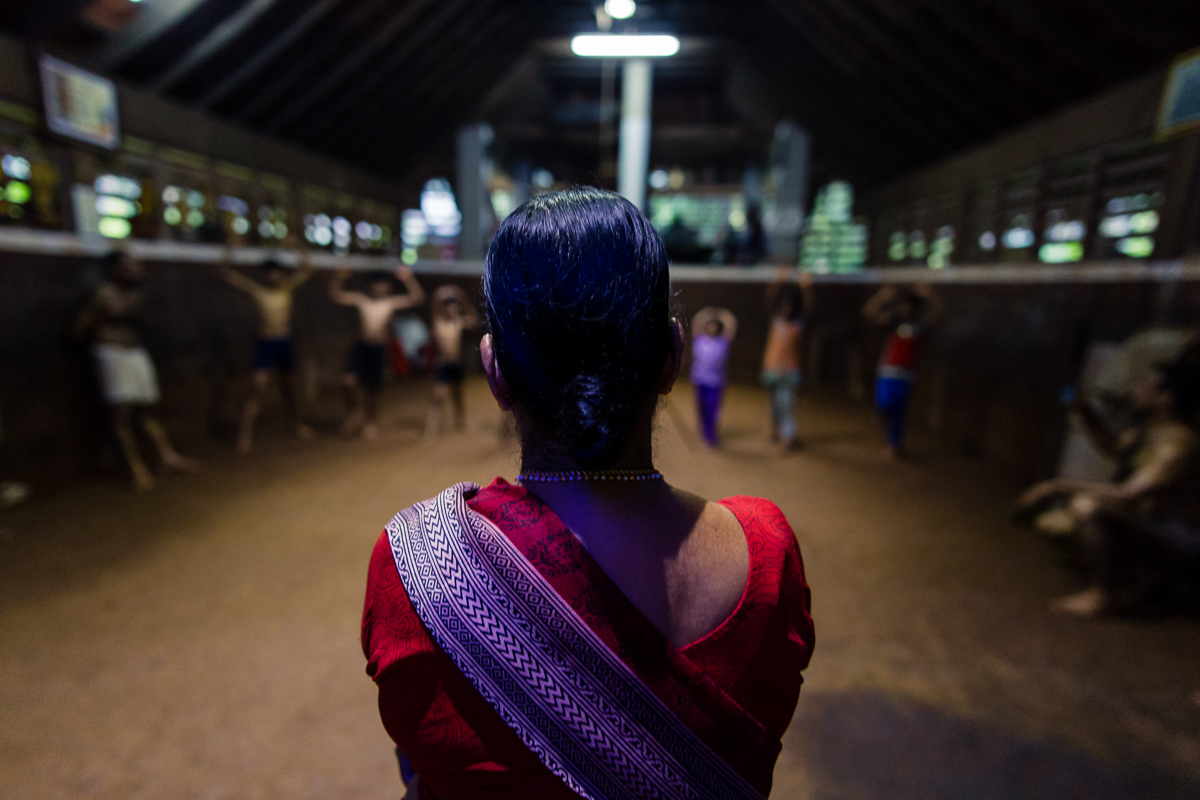 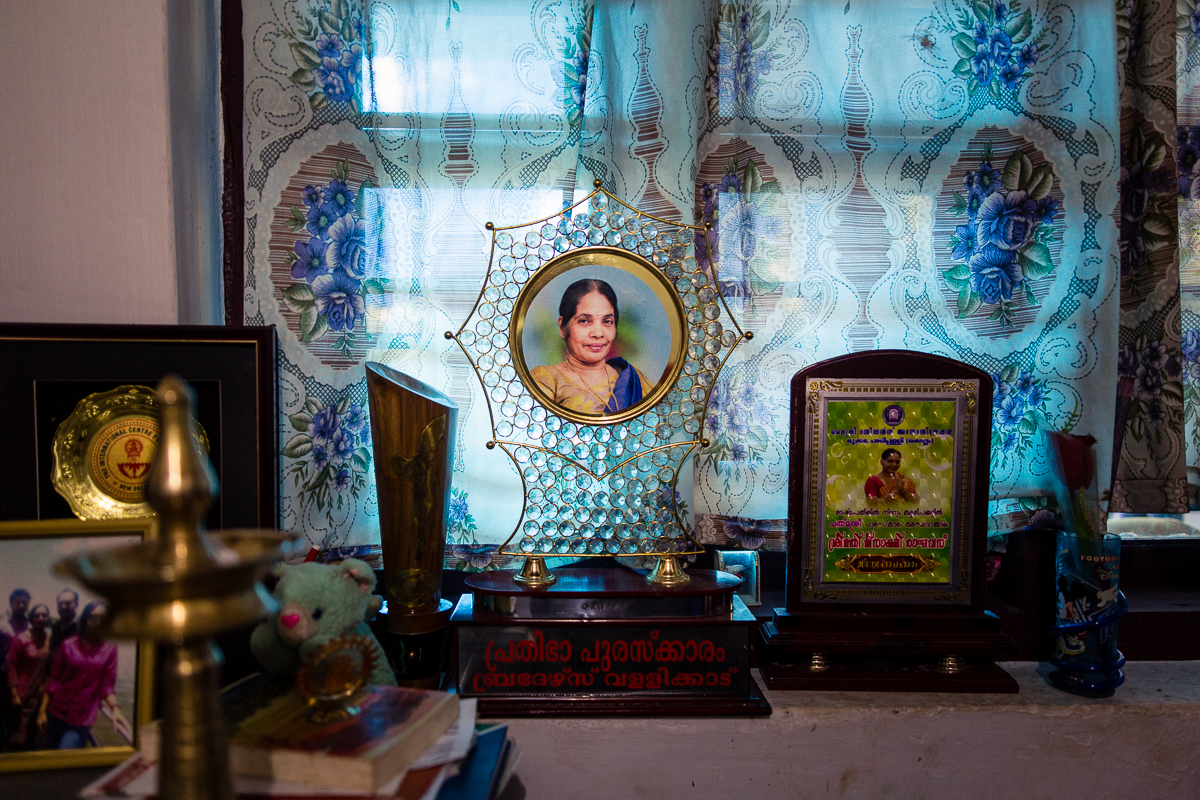 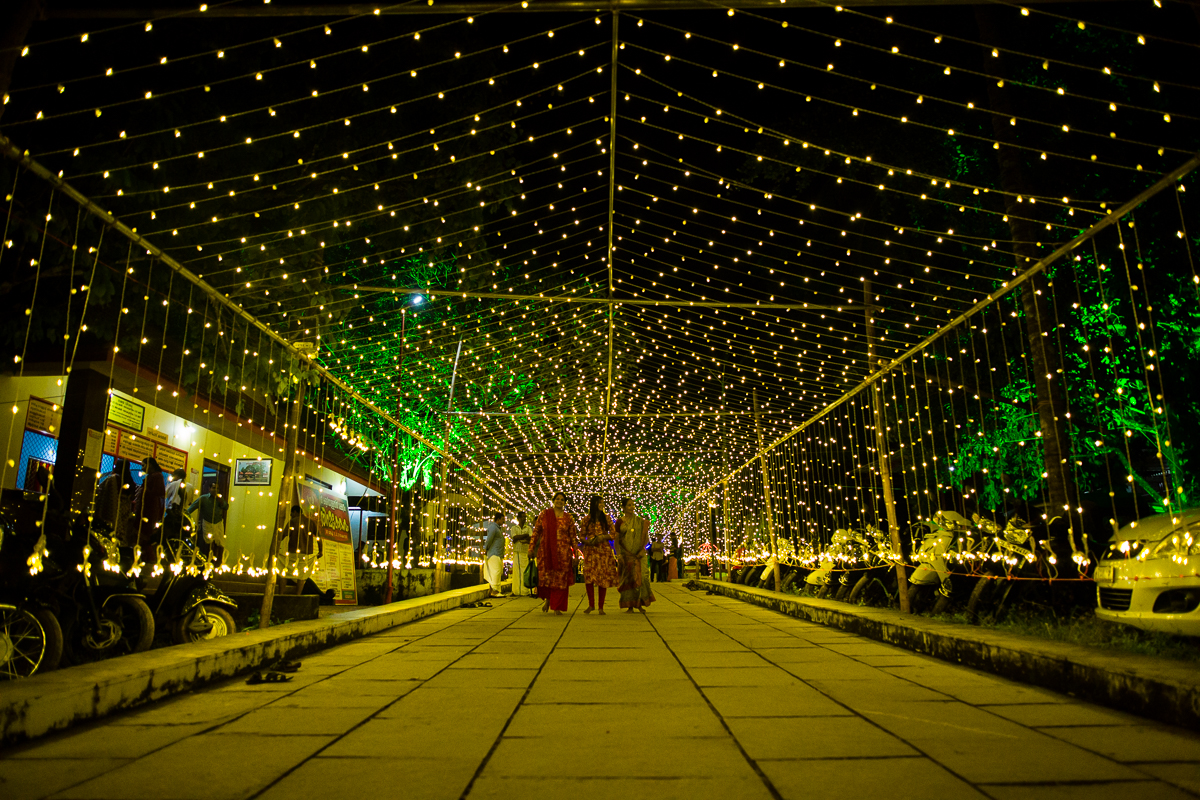 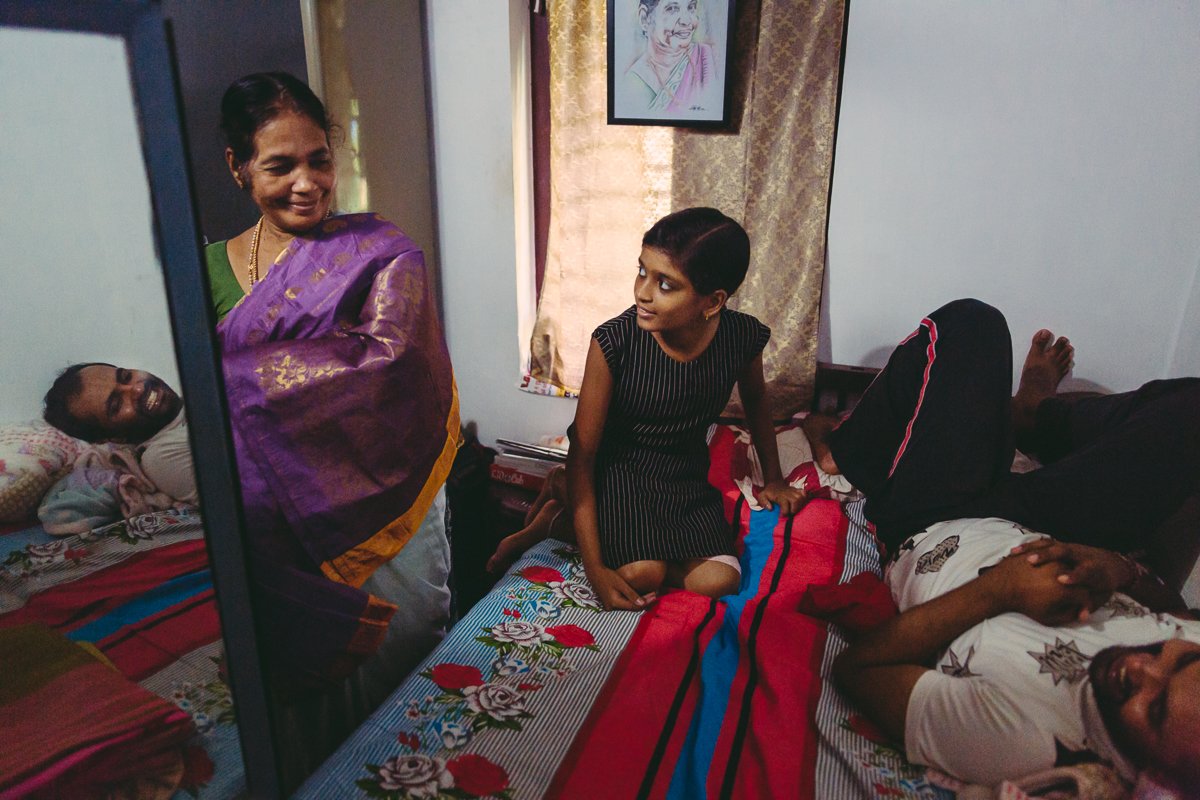 See more of Wohlleben’s work on her official site.

Linkedin
RELATED ARTICLES
OTHER ARTICLES
In the UK, Hongkongers are continuing to stand in solidarity with the pro-democracy movement.
A new book traces the legislation’s tumultuous history and the lasting impact its had on LGBTQ+ activism today.
Hundreds gathered together to protest the policing bill by making as much of a racket as possible.
As the role of the nuclear family is increasingly called into question, people are finding new ways to exist outside heterosexist norms.
The internet furore surrounding a certain NY-based furniture designer should make us question whether condemning people in the harshest possible terms harms more than it helps.
The musician, DJ and founder of Monika Enterprise reflects on a career defined by revolution and rule-breaking.