News & Politics / Activism / The man working to save rhinos from extinction 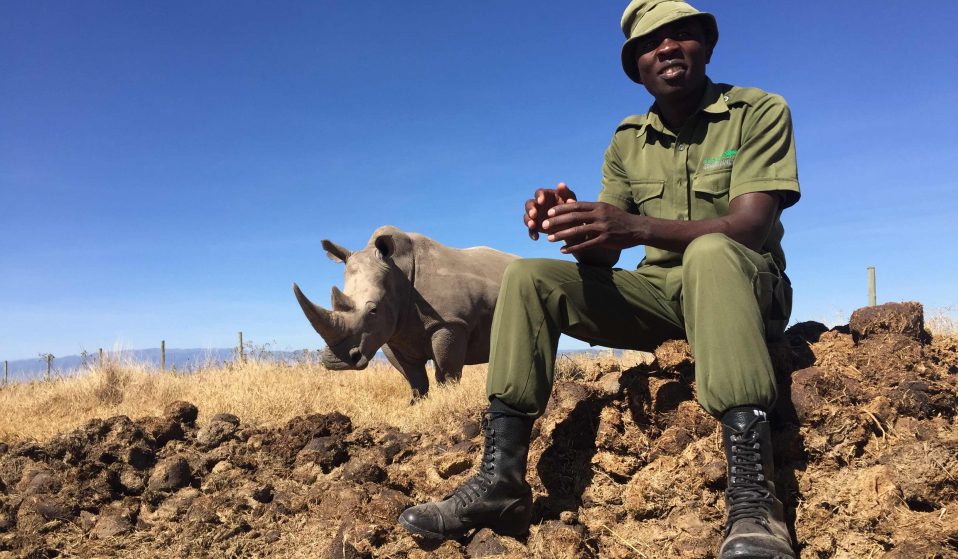 Only two northern white rhinos remain on the planet: Najin, 30, and Fatu, 19, both of whom are under the care of James Mwenda.

Only two northern white rhinos remain on the planet: Najin, 30, and Fatu, 19, both of whom are under the care of James Mwenda.

When Sudan, the last male northern white rhinoceros, died last year at the age of 45, the fate of the sub-species inched one step closer towards extinction. Just 100 years ago, half a million roamed freely across Africa and Asia, but their vicious slaughter by poachers – who sell their horns for a reported $110,000 per kilogram on the black market – has nearly erased them from the earth.

As of today, only two northern white rhinos remain: Sudan’s daughter Najin, 30, and his granddaughter Fatu, 19, both of whom are under the care of James Mwenda, a conservationist at Kenya’s Ol Pejeta Conservancy.

“It takes an emotional toll and it’s a very heavy responsibility,” says Mwenda, who has been caring for the family of three since 2013. “I feel so passionately because these animals cannot talk for themselves. I developed a special bond with them over time. I appreciate the majestic, loving animals they are. They are the last of their kind. I need to be their voice and speak for them.” 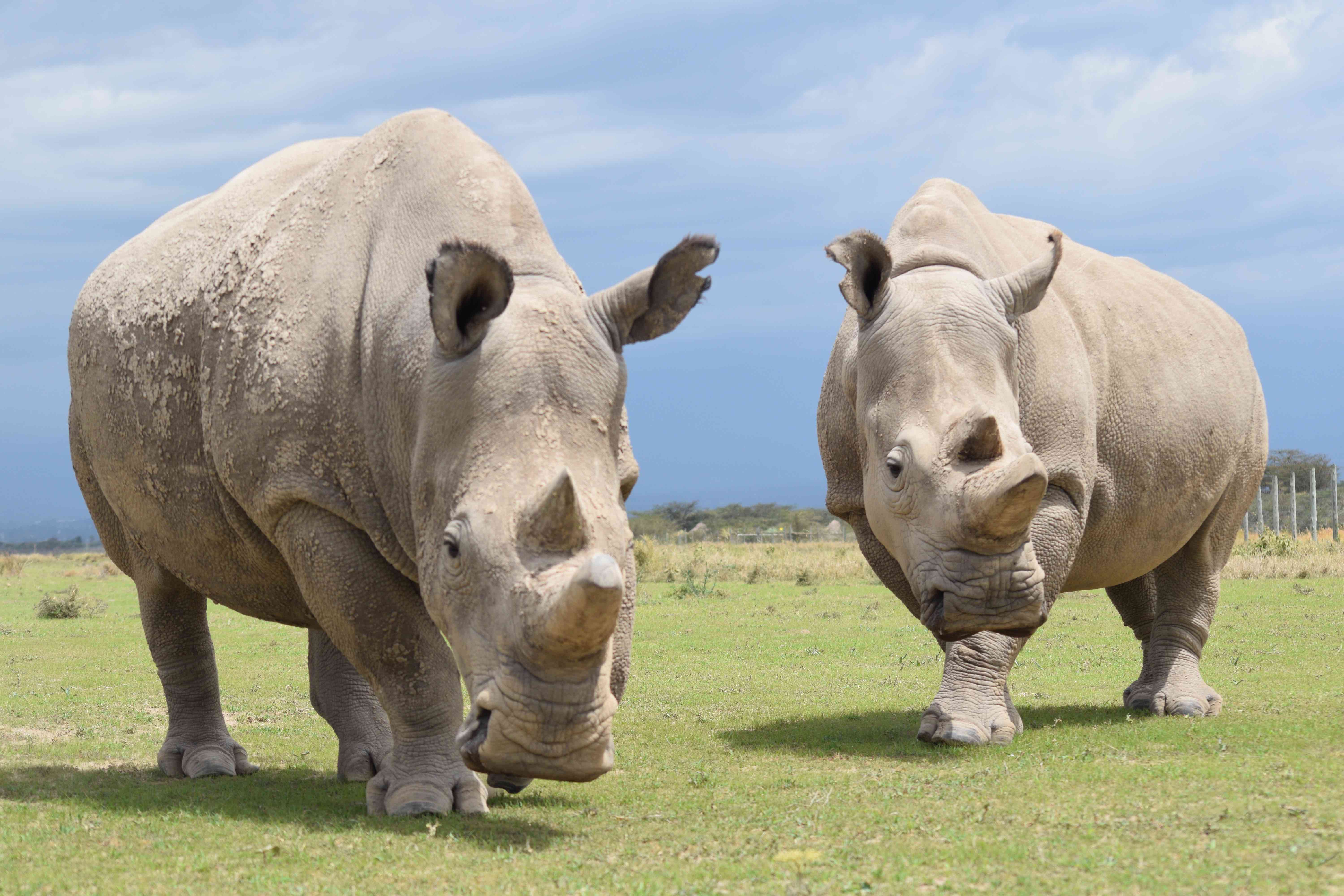 As caretaker for Najin and Fatu, Mwenda starts his day in the early hours of the morning making sure their needs are met, their environment is clean, and they are safe under the protection of the 24-hour armed guard. “They cannot go back into the wild so we have to complement that by showing them more affection,” Mwenda says.

“Animals shown affection really give it back and you take it in. They react to us, they rely on us, and trust us – but on the other hand, I feel like they also know they are quite at the edge. I spend a lot of time looking at them wondering and I think there is a way they feel that they are the last. This extinction seems to dawn on them but that affection and attention helps them to keep going.”

Mwenda speaks fondly of Najin and Fatu as he describes their characters and temperaments. “Najin naturally assumed a motherly role. She is quiet and cool. Unless something spooks or aggravates her, you will not see her reacting in an abnormal way,” he says.

“Fatu, on the other hand, I call her my girlfriend on social media. We have a special bond. She is a bit crazy. She’s also approachable but not very predictable. There is a southern white rhinoceros that plays with Fatu and she learned a bit of naughtiness from him because he is wild.”

For Mwenda, complaining is not the answer; we need to do something before it is too late. “I use the fate of the northern white rhinos to inspire,” he says. “We as a people can bring solutions. We are here, yes, but we can learn a lesson out of this and bring hope to so many of the other species around us that are on the verge of extinction.” 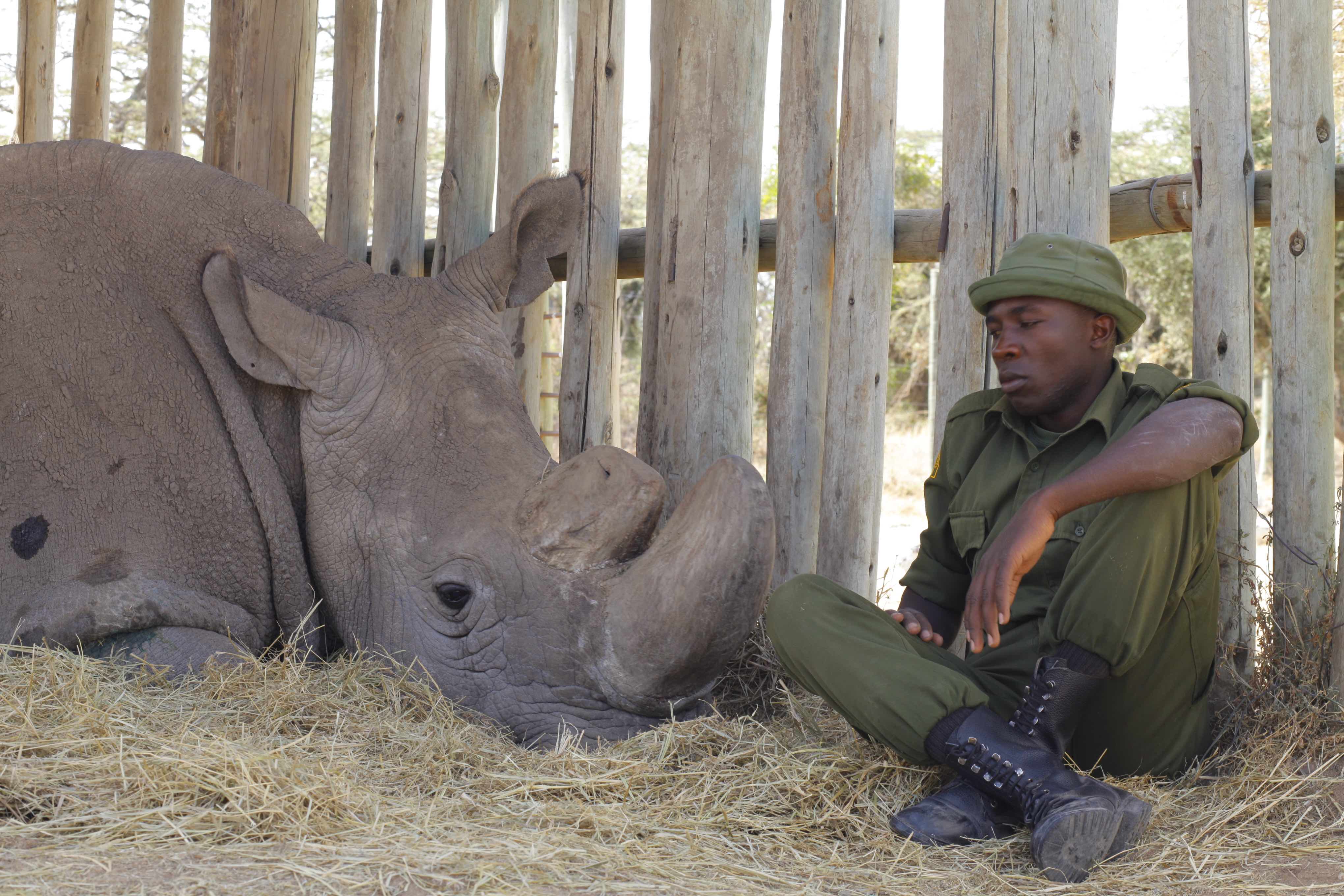 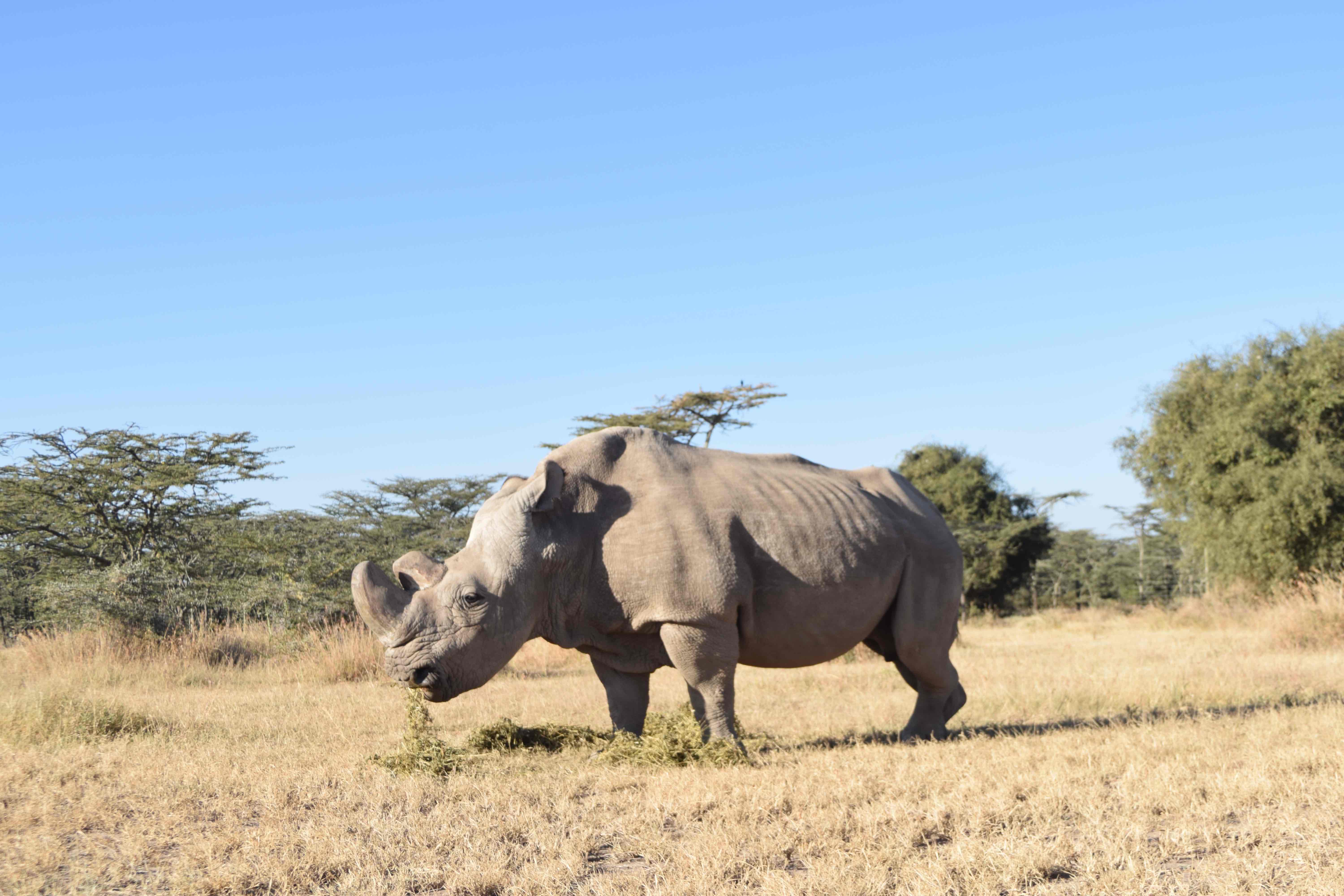 Learn more about James Mwenda’s work, and how you can help, on the Ol Pejeta Conservancy website.

Linkedin
RELATED ARTICLES
OTHER ARTICLES
The government is scrapping the Human Rights Act in a move that will hit marginalised people hardest.
In the last of our dispatches from OFFF Barcelona, Rufus Deuchler and Vincent Gault discuss the future of creative process.
After news broke last week around an expected reversal of the 1973 landmark law that made abortion legal in the US, protestors gathered in the UK in support of American women.
Following the release of his newly republished 1991 book, Redheads, the American photographer reflects on his celebration of ginger people and their magnetic power.
The government’s failure to take long Covid seriously has led to the formation of a group campaigning for the thousands of forgotten victims of the illness.
While protests over abortion rights rage in the US, access to abortion services is still almost nonexistent in parts of the UK.