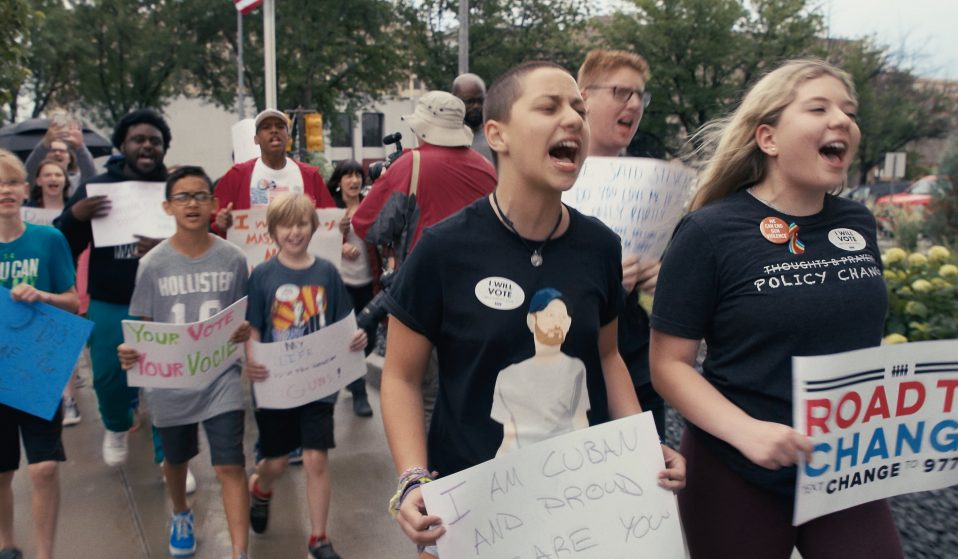 A new documentary explores the fallout of the infamous school shooting, following the affected students as they become both activists and celebrities.

A new documentary explores the fallout of the infamous school shooting, following the affected students as they become both activists and celebrities.

In 2018, Stoneman Douglas High School in Parkland, Florida became a statistic. It was one of the 94 school shooting incidents that happened in what was reported as the worst year for gun violence in US schools on record. It was a tragedy – and although thoughts and prayers were offered by politicians, no legislation around gun control changed.

Then, the narrative shifted. The Parkland students went on TV and called out politicians’ lack of action. They started organising and pioneered the March For Our Lives demonstration, one of the largest protests in American history.

Now the Parkland students are the subject of a new documentary, Us Kids, which follows them after the March For Our Lives demonstration on a nationwide tour of the US. The film’s director, Kim A. Snyder, captures the students as they come of age as activists and celebrities under tragic circumstances, and the impact being under the public eye has on their mental health.

Snyder has spent almost a decade documenting the impact of gun violence and school shootings; her previous film Newtown followed the families of the 2012 Sandy Hook school shooting. Now, following 14 weeks in self-isolation on the east shores of Long Island, Snyder has had time to reflect on Us Kids in relation to the current state of America.

“For me, the film was always intended to be much bigger than Parkland and now, post-Covid and Black Lives Matter, it feels more relevant than ever,” she says. “I hope that people elsewhere in the world see the gun issue in America as a human rights issue. It’s a travesty.” 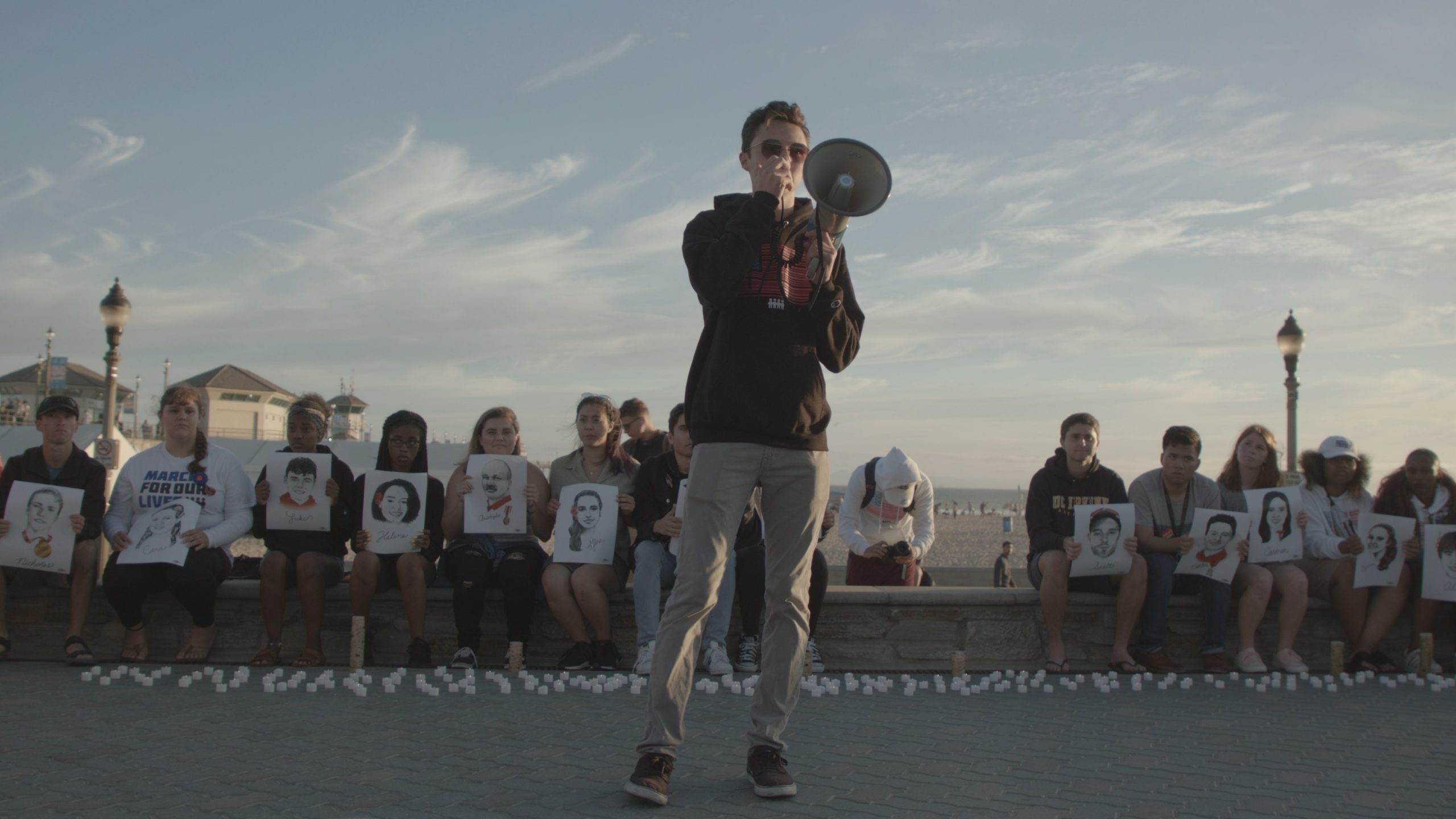 After making Newtown did you intend to make another film about gun violence?
Kim A. Snyder: I inadvertently fell into making Newtown. I was drawn to that subject and ended up telling this story of collective grief and trauma through adults. I realised what I wasn’t quite done with was the untold story of children who witnessed everything and got out. In the context of the US, there are around 40,000 people a year who die from guns – but what about the tens of thousands of traumatised kids left in the wake? And what’s the cost of that? We have a nation of traumatised kids.

How did you start filming with the Parkland students?
Kim A. Snyder: I was developing a completely different documentary in Florida and I was with the mayor of Tallahassee when Parkland happened. I found myself on the steps of Tallahassee State Capitol when all these kids arrived in busloads demanding change by their governor. It was so powerful; it was this generation of kids saying, ‘that’s it, we’ve had it’. It was rage. I never saw Us Kids as another movie about gun violence; rather it was an emotional move from mass grief to a generation coming of age against the backdrop of trauma. I thought of the story almost like Breakfast Club, where these kids are thrown into a room and they’re from different walks of life, but they share this same trauma.

At the time there was a lot of media coverage of the students, and in Us Kids you see how frustrated they are with a lot of that coverage. How did you build enough trust to make a documentary?
Kim A. Snyder: It took time because they were so jaded from that early experience of an assault of the media. I wanted their feedback, so I would show them clips and ask what they thought. That can be dicey as a filmmaker and it’s not really advised to do that as it can alter the story. But with both Newtown and this film, I felt okay with that because it makes the filmmaking process a better experience for them. I feel nothing but respect and love towards the kids – when you engage in a relationship that requires so much proof of trust, those are deep ties and they don’t just go away. 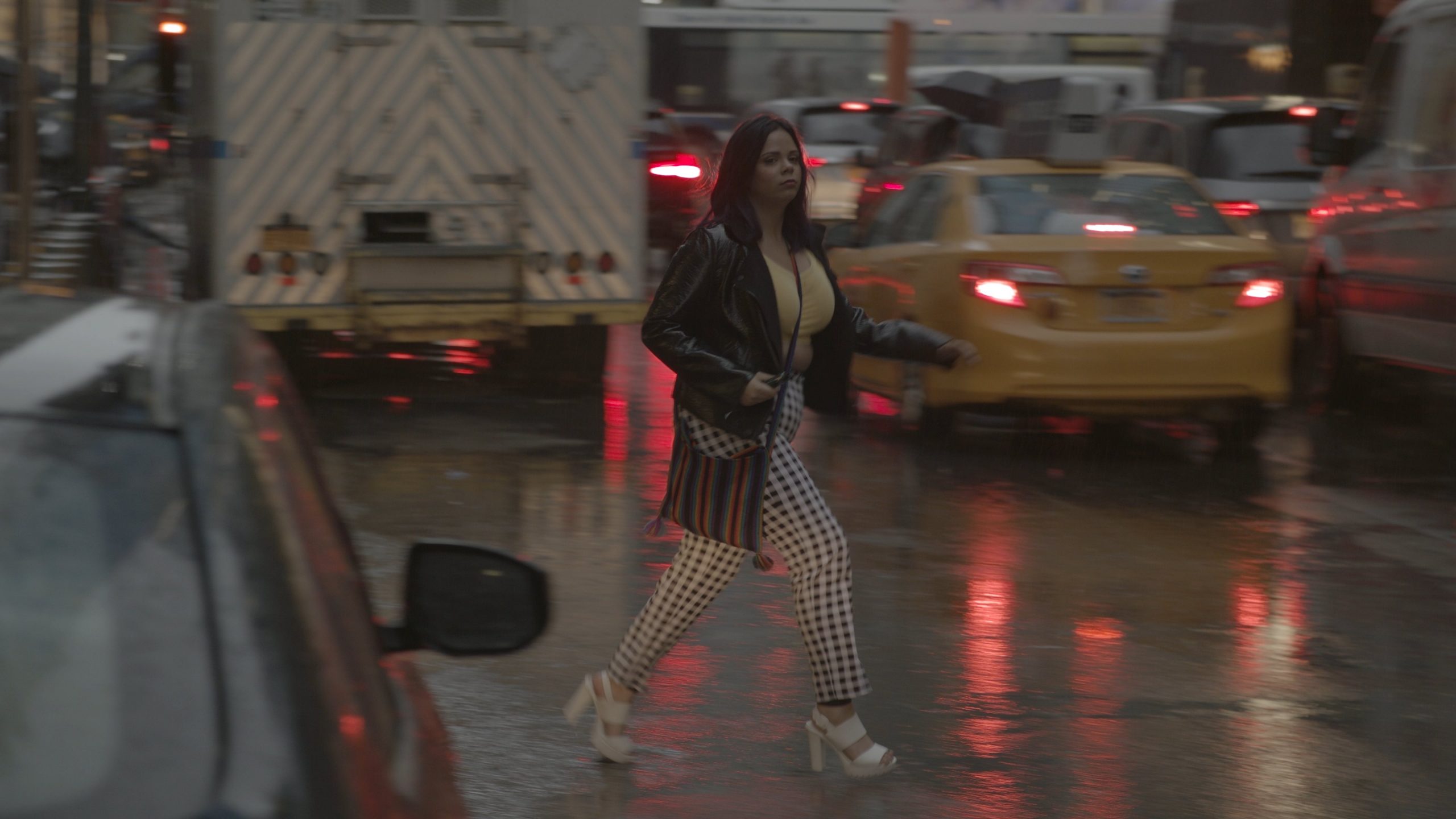 Did you worry about becoming a kind of therapist for the kids?
Kim A. Snyder: I thought about that more when I was making Newtown and I was really careful about boundaries. I don’t have the training of a therapist and I wasn’t going to do that because it felt arrogant. What I learned from making Newtown was that trauma is every day, and those people were thinking about it every minute. You have to trust their process and that they know that they’re safe. I never asked the kids to tell me about the day of the shooting and what happened. It’s a very different thing than leading people to trauma.

Do you think the coronavirus and Black Lives Matter movement have altered the context of the film?
Kim A. Snyder: If you don’t care about guns in this country then your head is in the sand because the sales of guns are soaring. On average, two-thirds of gun deaths are suicides, so with quarantining and depression and unemployment rising that suicide rate is going to jump. Domestic violence is also on the rise. The only thing that’s gone down in the last few months is school shootings because there’s no school! So it’s really important to me that this film isn’t just seen as a Parkland shooting or mass school shooting movie. These kids came out of that particularly horrendous experience, but now with Covid and Black Lives Matter, how many deaths aren’t going to be directly Covid related, but indirectly Covid and gun-related?

And we’ve seen the differences between Covid and Black Lives Matter protests. You have these guys bringing their AR-15s to protests to say they don’t want to wear a mask and they’re politicising that whole thing. Then you have millions of peaceful protestors who can’t even begin to think about exercising both their first and second amendment rights at the same time.

After making the film are you optimistic about the future of activism?
There’s a line in the film that really stands out differently now to when it premiered. Cameron says he’s pretty sure the world is going to be different in 50 or 75 years, and now you’re thinking, ‘How about a year?’ He also says you have to be nihilistically optimistic or blissfully ignorant about the future. I think that’s the essence of it, and what we’re all struggling with. Nihilistically optimistic is the oxymoron of everything: these kids are 17 and living in an incredibly nihilistic time, yet the nature of being that age is being optimistic because you have your whole life ahead of you.

Everything is in the balance, and there are two alternate futures we can envision. There are days when it feels like this is a world I don’t want to be living in, and then other days it’s like hang on, we have to get to that alternate vision of restoring goodness and social justice. There’s another thing one of the kids, Sam, says: that things will get worse, but people will get better. I think that’s what’s keeping us all going right now, that people will get better.

Us Kids is now available to watch as part of Sheffield Doc/Fest and will be released later this year.

Linkedin
RELATED ARTICLES
OTHER ARTICLES
Birdy Chu reflects on documenting the historic moment in which the territory was formally passed back from the UK to China.
For over a decade, gamblers have won big by employing people to place live bets from the court. But does this dubious method still work?
Rogue landlords are exploiting young and inexperienced renters and leaving them in mental and financial turmoil, reports Niall Hignett.
Following the announcement of an 80% hike in the energy price cap from 1st October, crowds gathered outside the offices of energy regulator Ofgem to protest and declare their intention to undertake a payment strike.
A new project is documenting formerly incarcerated people as they transition back into civilian life.
By turning a real-life crisis into daytime television fodder, TV bosses have once again shown themselves to be completely out of touch with audiences.