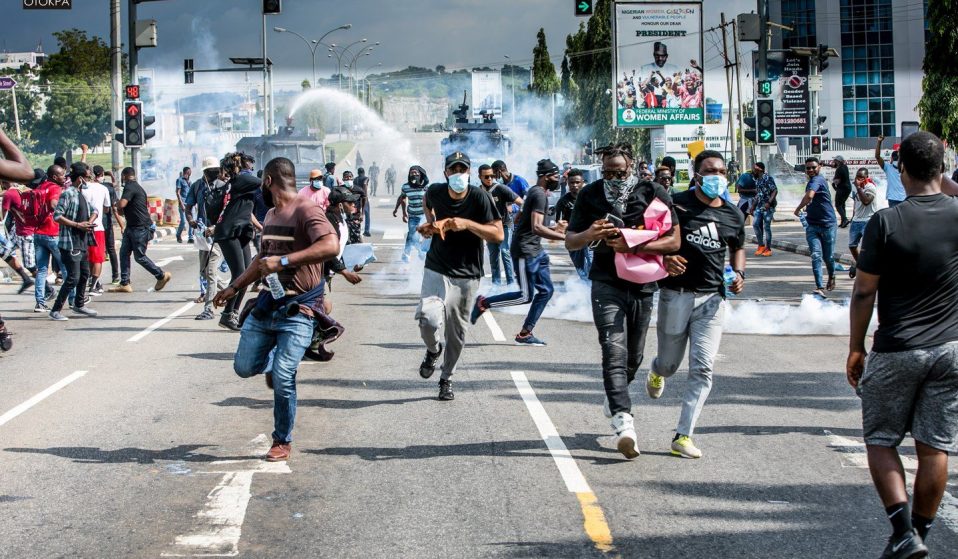 Nigeria’s protests against police brutality have gone global, and while the government has since promised to disband SARS, demonstrators are vowing to keep on the pressure.

Nigeria’s protests against a loathed special police unit have gone global, and while the government has since promised to disband SARS, demonstrators are vowing to keep on the pressure.

“I go waste you and nothing go happen,” is a line frequently deployed by officers of the Nigerian Police Force. Translated from pidgin English, it means: “I could kill you, and there will be no consequence.”

Many young Nigerians have heard these words at least once in their lifetime, some with an AK-47 cocked at their face. As a statement, it confirms just how insignificant the lives of Nigerians actually are to the very people charged with the responsibility of protecting them.

SARS (The Nigeria’s Special Anti-Robbery Squad) was established in 1992 with the aim of investigating, detaining and prosecuting people involved in crimes like armed robbery and kidnapping. However, over the past decade, the brutality, oppression and blatant extortion by SARS officers have made them a bigger menace than the criminals they purport to be fighting.

In 2019, the Administration of Criminal Justice Monitoring Committee condemned the federal government after a mandatory visit found that police detention facilities were filled to the brim; a single cell holding as many as 200 to 500 pre-trial detainees who had been kept in custody for a time ranging from a week to two years.

The reasons for these arrests are often absurd. Among the detainees Huck spoke to was Kola, 27: “According to the policemen, I was too young to be driving such an expensive car, and that meant I must have stolen it,” he says. Kola claims he even had papers proving he owned the car. 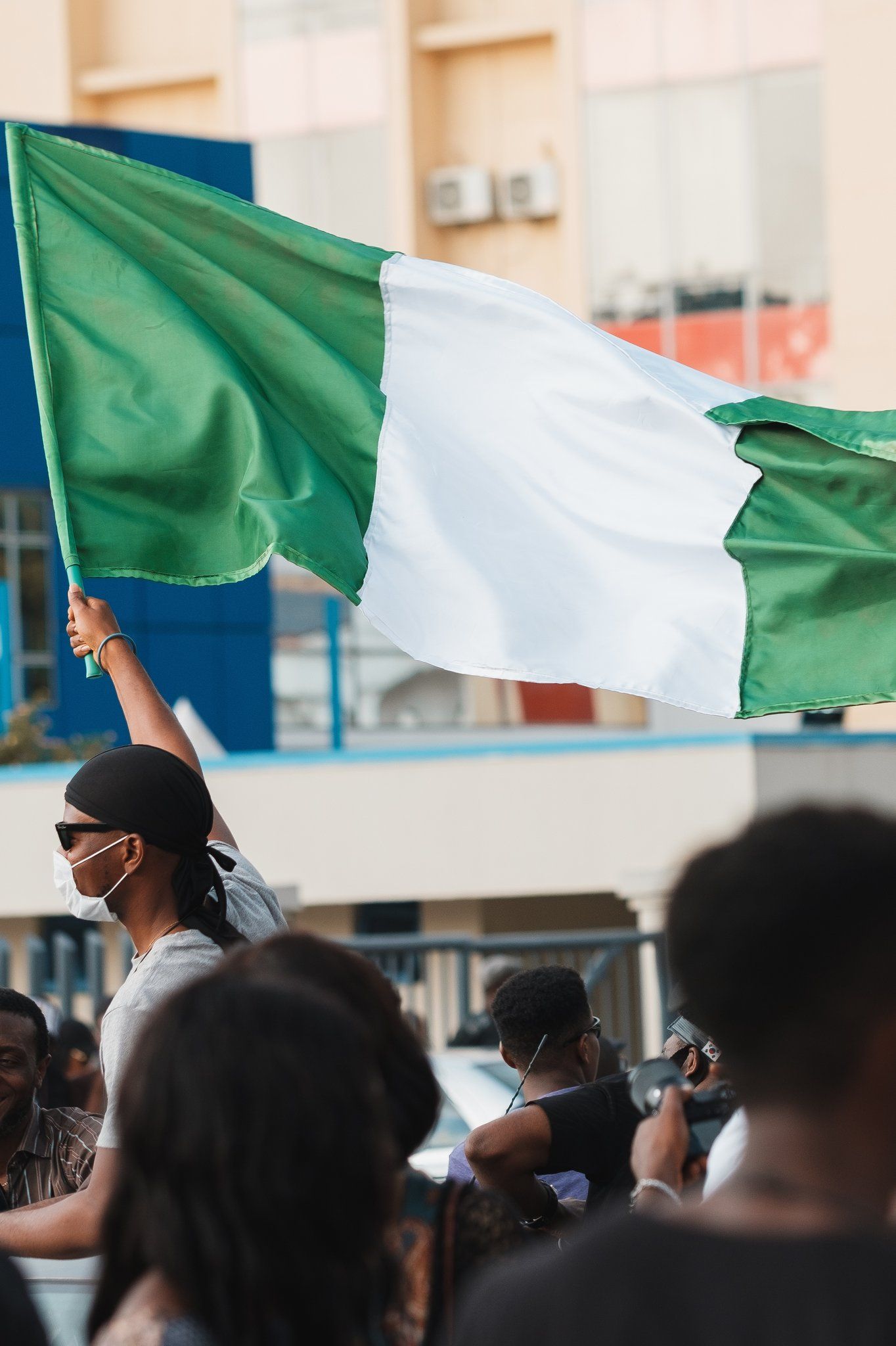 Tega, 25, was arrested because, he says, “the officers said I looked like a ‘Yahoo boy’ [someone who commits fraud] because I had dreadlocks and used an iPhone”. Both Kola and Tegan were denied access to their families or lawyers.

Nigerians have been protesting these injustices for years, with reports of unlawful killings and torture by SARS officials dating back to around 2016. But anger reached a tipping point when, earlier this month, a young man was allegedly killed by SARS in the country’s southern region of Delta State.

It has since sparked international #EndSARS protests, calling on the Nigerian government to disband the unit. For too long, Nigeria’s youth have been kidnapped and hidden away in cells to rot for years without trial, and stopped on roads; their phones and laptops searched illegally. They have been profiled as criminals based solely on how they dress, the phones they use and cars they drive, and suffered extortion and harassment.

And now, as Nigeria’s youth exercise their constitutional right to peaceful protest, police officers are brutalising demonstrators. According to Amnesty International, at least ten people have been killed by police in the protests, while hundreds have been rounded up and arrested.

Suleiman, a 24-year old protester in Abuja, says that when he saw the police make a formation, he expected that they were going to try and disperse protesters with rubber bullets, or worse, tear gas. “I was in front of the crowd facing the policemen when they threatened to shoot,” he says.

“We felt they were human enough to not shoot live rounds at unarmed protesters. We were so wrong. When they started shooting, everyone started scrambling to safety, but because of my position, it took a longer time for me to get away. Three policemen threw me to the ground immediately and started pummeling me with their batons, while raining curses at me.” 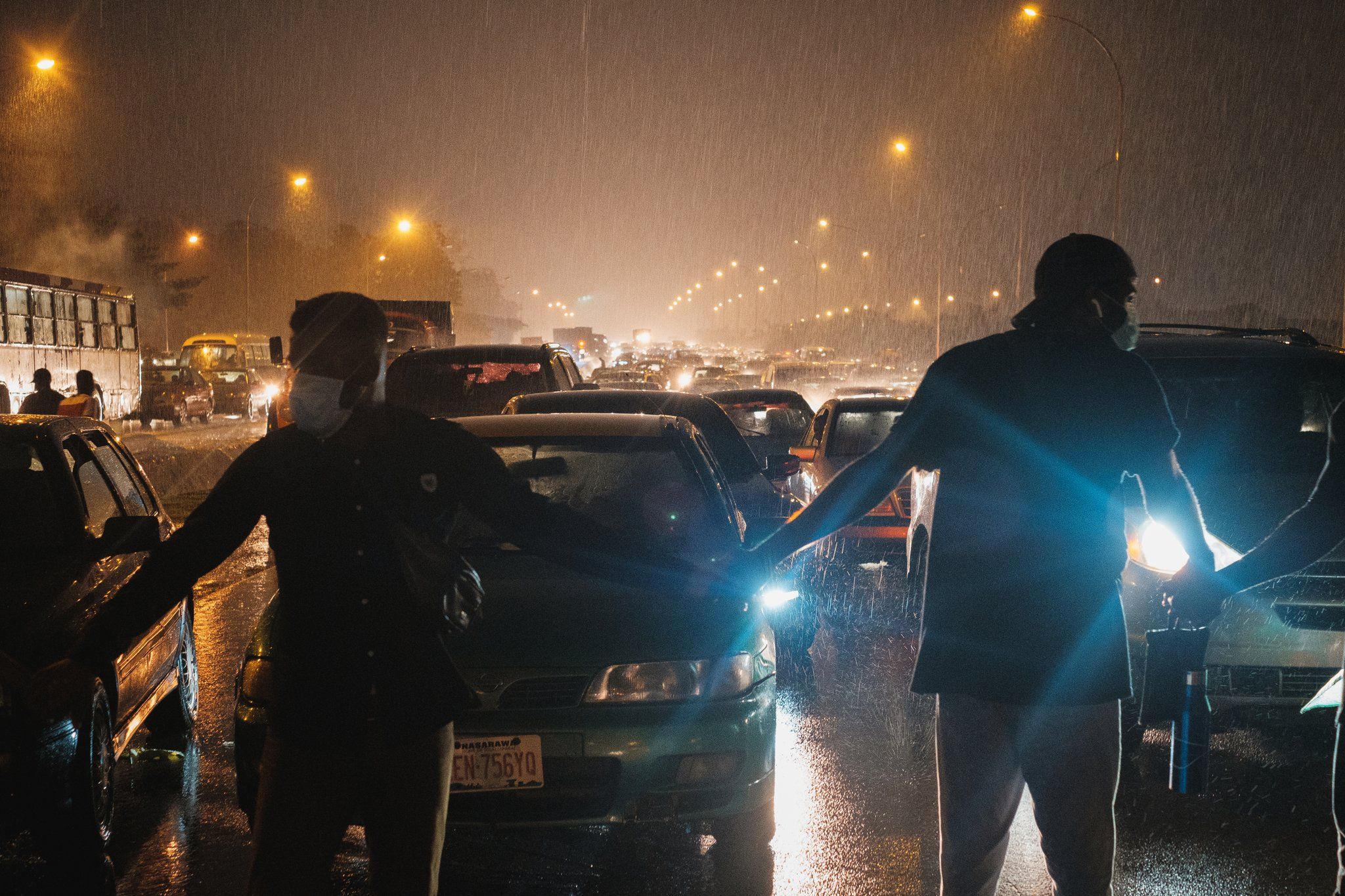 “I was glad they didn’t have guns, or else I was so sure they would have shot me right there. Some other protesters saw the scene from afar and rushed to help me. They rallied around and finally managed to drag me out of there.”

It’s been five days, and Suleiman still cannot see out of his right eye, where a blow landed. “I still intend to go protest on Saturday,” he says. “I’ve been a victim of police brutality and extortion four times in the space of one year. So, for me, this is personal.”

Over the past couple of weeks, young Nigerians have united over a common goal of putting an end to police brutality in the country. Within 24 hours, through organising on social media, funds running into millions of naira (Nigerian currency) had been raised, a legal department set up to bail out arrested protesters, a hospitality department to feed protesters, ambulances for injured protesters, a clean-up crew to clean up after every protest and even therapy were made available.

The organic, decentralised protest is repeatedly said to be devoid of leadership. The logic behind this is simple: a head which does not exist cannot be cut off.

“We have no leader,” Fauzziya, a protester in Lagos State says. “If the government wants to make an address, they should address all of us.” Every attempt at holding closed door meetings by the government becomes abortive as independent protests continue to be held, so even when a self-appointed leader is negotiated with, they have no power to demand that protesters stand down.

The government has since promised to disband SARS, but sceptical protesters are keeping the pressure on, and have now broadened their demands, calling for an end to decades of corruption and mismanagement in the country which has left many young Nigerians with dire economic prospects. 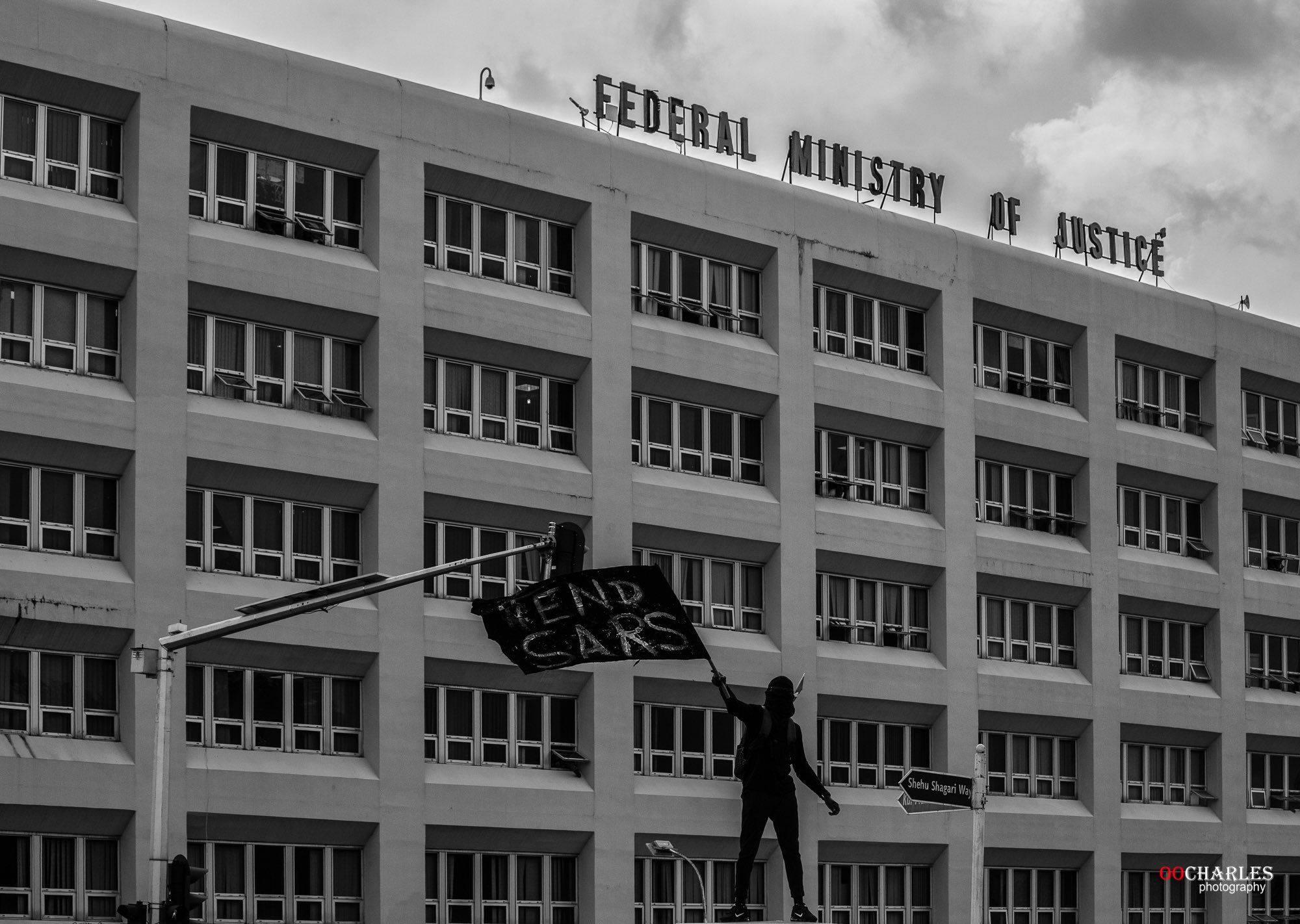 Speaking to Huck, another protestor, Grace, explains why “the protest cannot end just yet”. “People have been shot at, killed, beaten up and arrested,” she says. “Some of these occurred on live video and some of the officers who carried out these acts have been identified. Yet the government has done nothing. There’s been not so much as an apology for all the lives that have been lost.”

“There’s been no arrest of these officers, no indication whatsoever that they would be held accountable for their deeds. It’s all been talk and empty promises so far,” says Grace.

“We’ve come too far to back out now,” says Mustapha, a protester in Abuja, on why he keeps protesting, despite harassment by the police. “We want change and we want justice and we have to fight hard for it.”

As the days roll on and as protests continue across various states, one thing remains clear. Nigerian youths are proving themselves the real heroes in the fight for a justice system, where the police shall no longer be both prosecutor and judge.

Linkedin
RELATED ARTICLES
OTHER ARTICLES
Writers Matt Foot and Morag Livingstone explore how four decades of collusion between the government and the police have slowly eroded our right to protest.
The photographer recalls working with some of the biggest names in the business – from Salt-N-Pepa to the Sex Pistol – at a time when music magazines played a powerful role in shaping the scene.
Following the release of his latest album God Don’t Make Mistakes, the rapper talks horror villains, police brutality and being unafraid to show his vulnerable side.
Over the weekend, London locals came together to resist a pre-planned police raid targeting delivery drivers.
In the last of our dispatches from OFFF Barcelona, Rufus Deuchler and Vincent Gault discuss the future of creative process.
Following the success of her debut novel, the Tottenham native is restating her commitment to the place that made her.