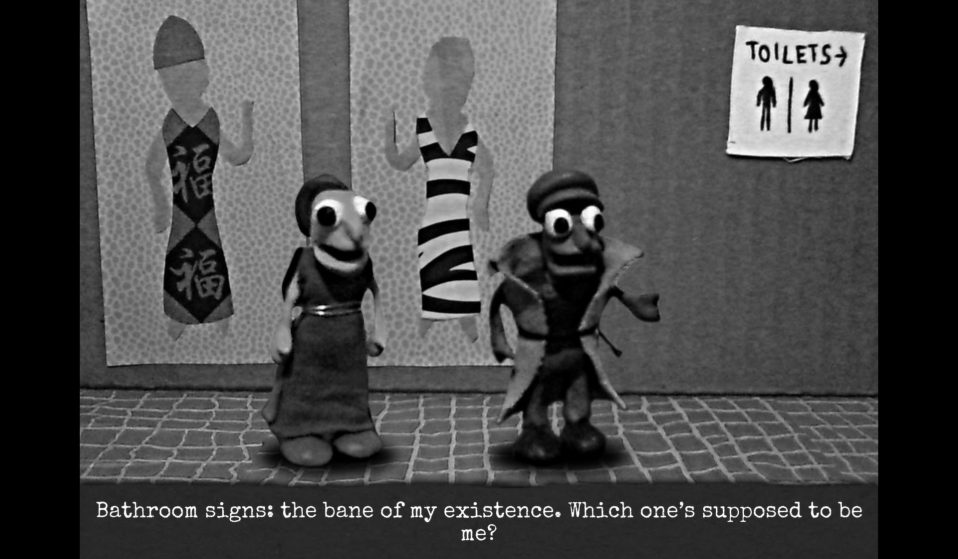 There’s an idea that the gaming community is dominated by straight, cis men – but a new exhibition wants to debunk that myth.

There’s an idea that the gaming community is dominated by straight, cis men – but a new exhibition wants to debunk that myth.

You’d be forgiven for thinking that straight, cis men dominate the gaming world. This isn’t helped by widespread movements like “Gamergate” — an aggressive online campaign against feminist and progressive gaming figures – which still linger menacingly in public memory.

In reality, though, a rise in queer and feminist online spaces is helping to introduce gaming to a much more diverse audience. Now, World of Warcraft has it’s own Pride, and blockbuster franchises like Assassin’s Creed and Mass Effect feature openly queer characters – something that would have probably been unthinkable even a decade ago. But really, LGBTQ people have always been an active part of the gaming community — no matter what a vocal minority of 4chan users might want you to think.

The LGBTQ Video Game Archive is a new online space dedicated to celebrating the queerest content in digital history, starting in the 1970s and continuing up until the present day. From the 1989 lesbian detective romp Caper in the Castro, to a proliferation of LGBTQ storylines in the 2010s, the site’s creators have painstakingly catalogued thousands of titles to provide a record of gaming’s rich queer history.

And now, thanks to Berlin’s Schwules Museum, an institution which focuses on LGBTQ history and culture, this digital archive has been brought to life. On display until May 13, Rainbow Arcade is an exhibition which presents the LGBTQ Game Archive’s findings to the public through gaming stations, fan art and critical examinations of media representation, stereotypical narratives and fan culture.

As the world’s first major exhibition on LGBTQ video games, it’s a historic recognition of the queer community’s impact upon gaming culture and popular media more generally. To celebrate this landmark exhibition we spoke to one of its curators, the Schwules Museum’s Jan Schnorrenberg, to learn more about the background that inspired it.

There is a general association of gaming culture with cis-heterosexual men, to the exclusion of women and queer people. Is Rainbow Arcade trying to correct this stereotype?
Yes, definitely. The exhibition shows that this association has been problematic and ill-informed for longer than most people think – for instance, we show how queer designers have worked in the video game industry since the late ’70s. Although many of these individuals experienced discrimination and roadblocks, the very fact that they existed and contributed to games in the first place is important. What we also want to show is that the decision to market games to cis-heterosexual males was definitely informed by stereotypical thinking and sexism, and wasn’t the result of careful focus group research. 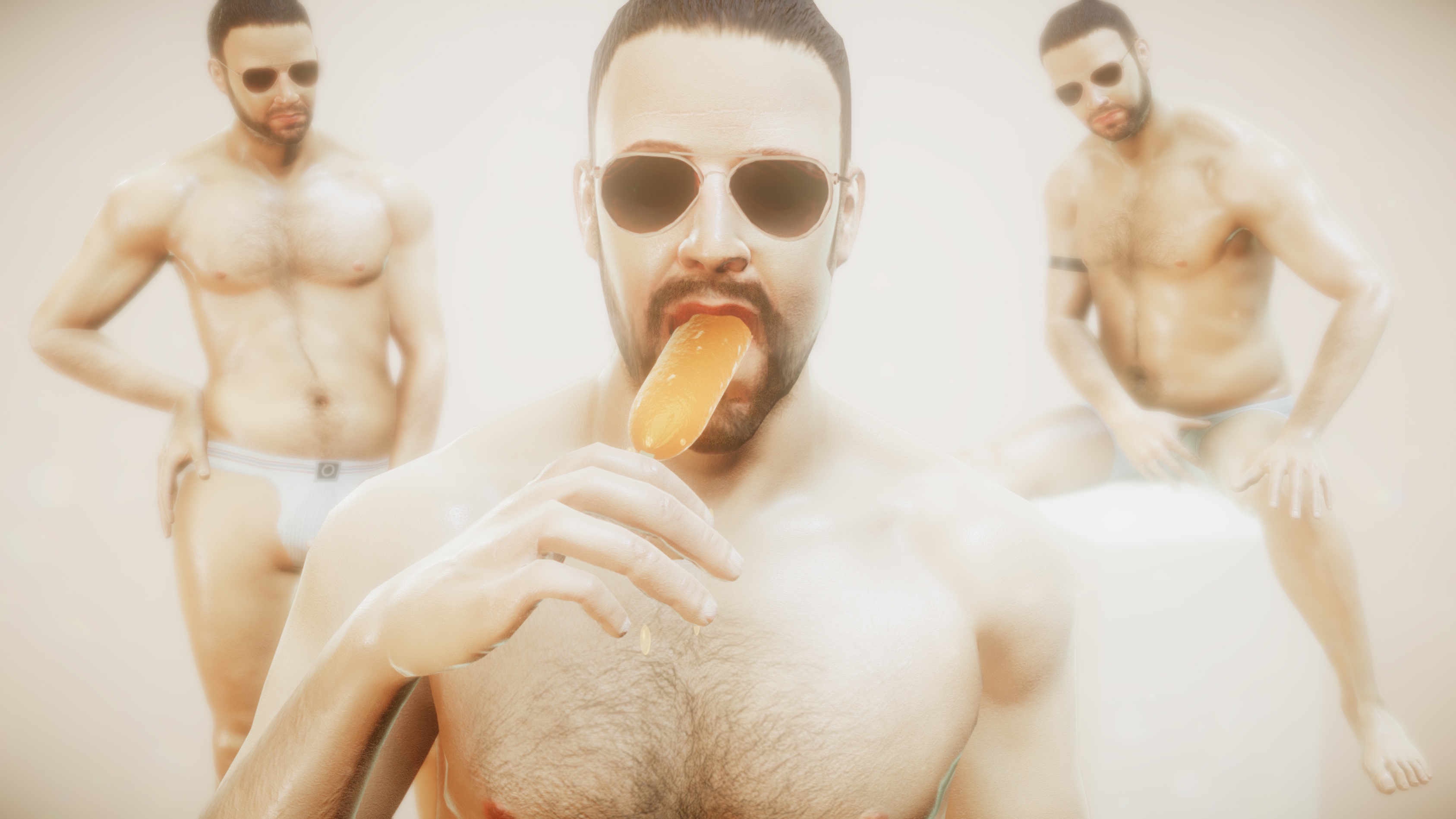 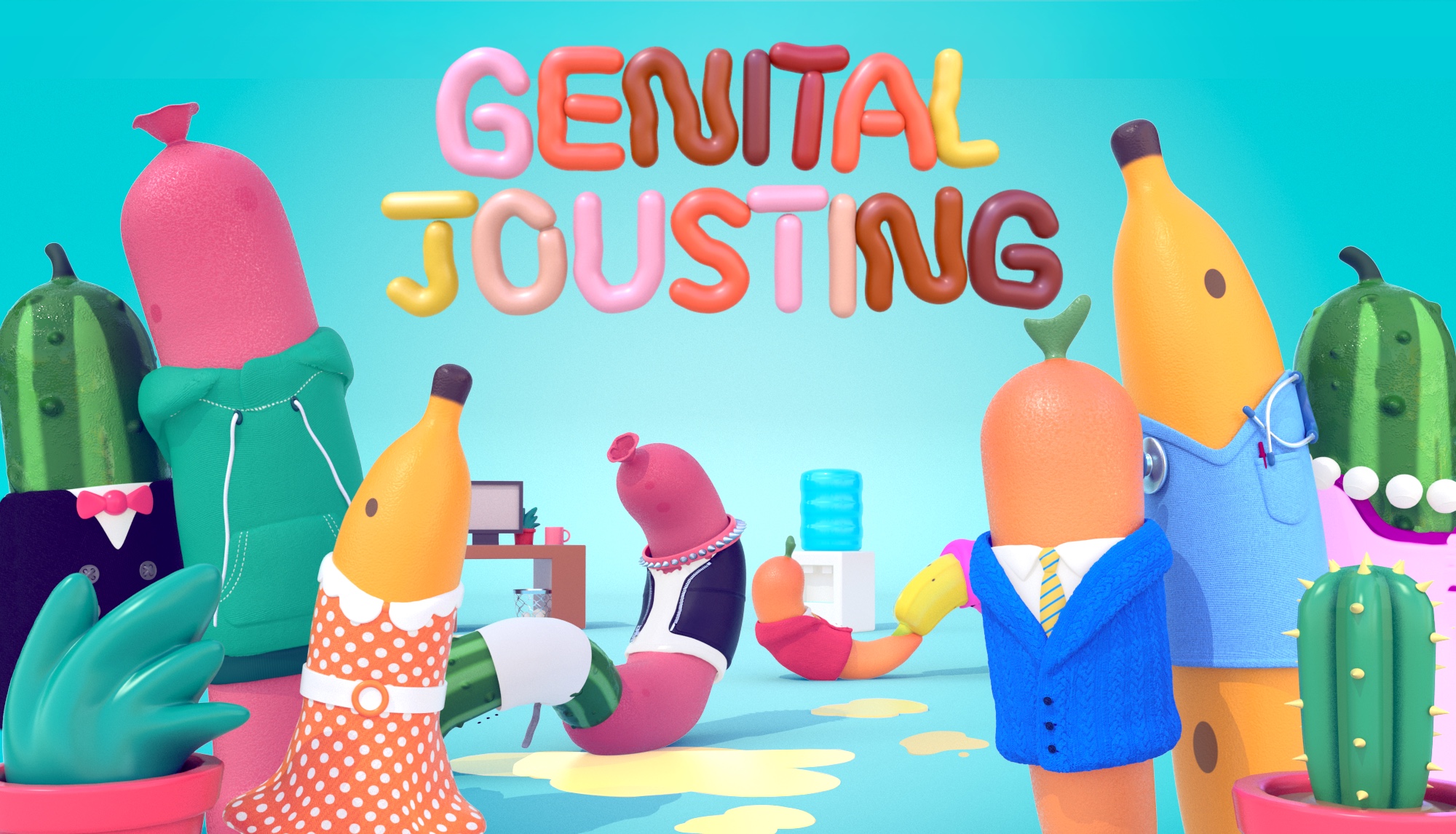 Caper in the Castro, which is displayed as part of Rainbow Arcade, is a queer video game from 1989 where lesbian detective Tracker McDyke attempts to solve the disappearance of their close friend, drag queen Tessy LaFemme. As it’s often credited as the first queer video game, could you please talk more about its significance?
Caper in the Castro is representative of early video games just as much as of queer video games. C M Ralph developed it as a tribute to the LGBTQ community of San Francisco, which had welcomed her and her partner previously. It contains a ton of references to Castro Street and queer popular culture during that time and got distributed as “charityware” to raise money for HIV/AIDS charities. In addition, it was developed with the business tool HyperCard, and appropriating non-game related tools for game development has never stopped.

Besides Caper in the Castro, the majority of the playable games on display in the exhibition are from the 2010s – is this because of a lack of queer gaming material in the ’90s and ’00s?
This decision was more informed by gameplay considerations rather than the “quality” of representation, since a lot of LGBTQ video game content does not stretch over the entirety of the video game. The coming out sequence of Orion Conspiracy, for example, constitutes a strong queer subtext, but there is a lot of gameplay unrelated to it before and after. We wanted our visitors to enjoy short bursts of gaming sessions, which is why we selected queer indie games first and foremost for our gaming stations. 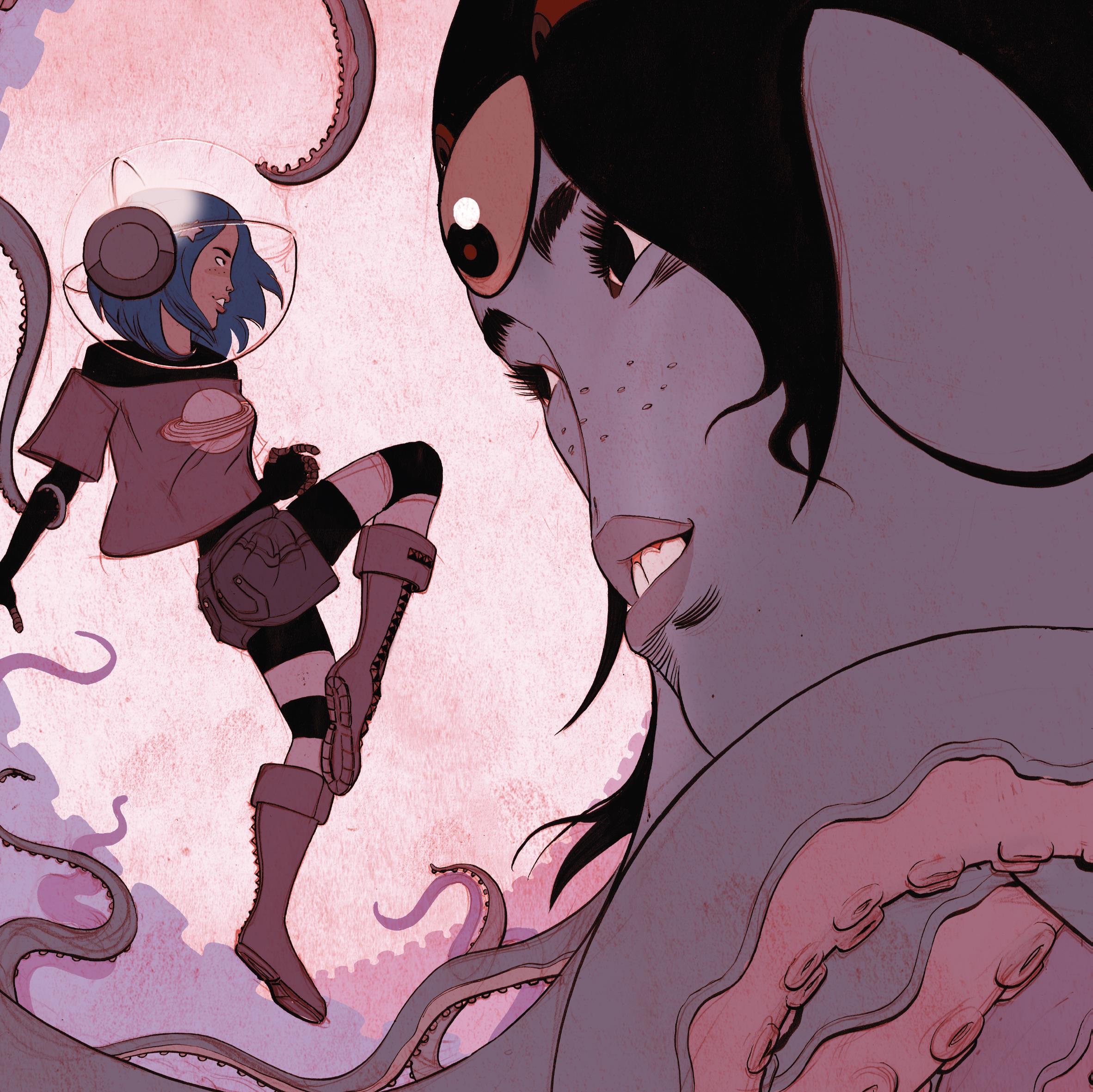 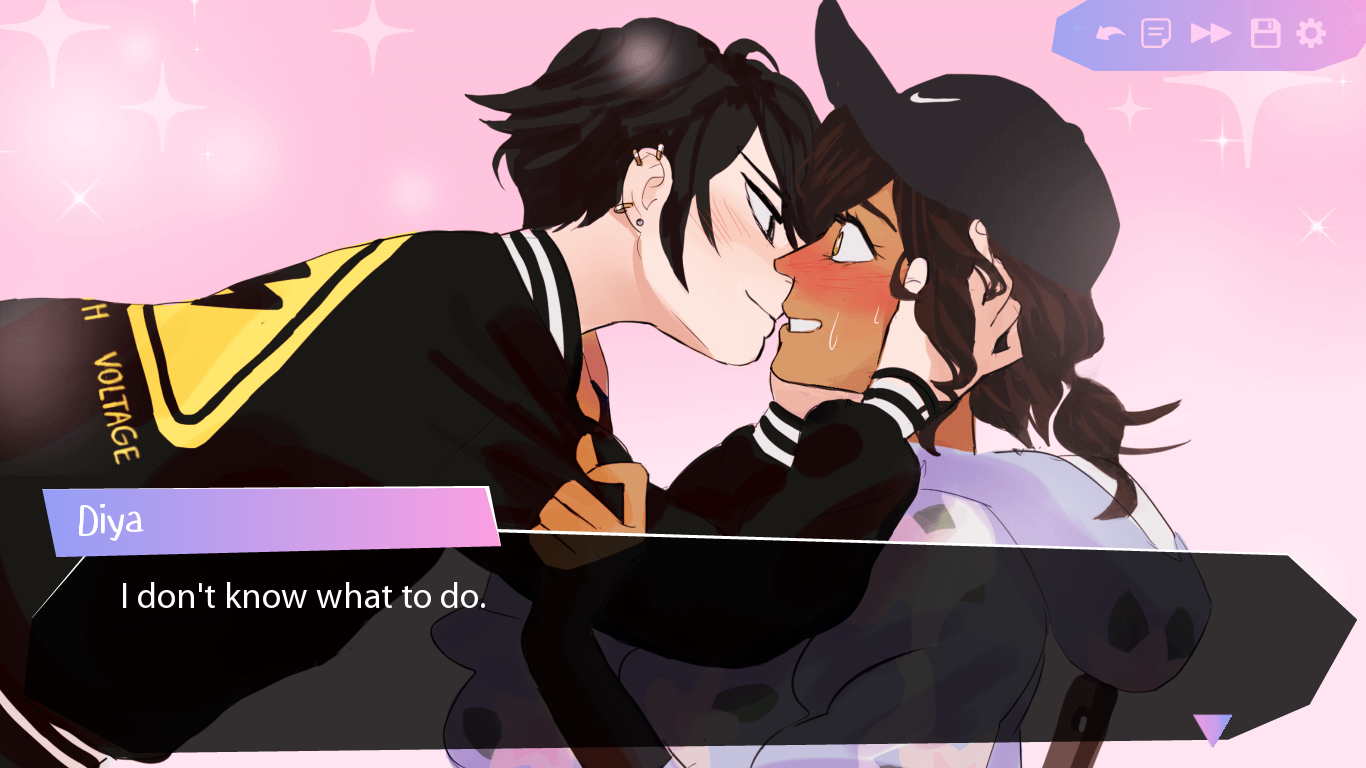 The LGBTQ community has attempted to insert itself into gaming narratives by “shipping” imaginary same-sex couples, despite the characters not being LGBTQ within the game’s universe. What do you think of this phenomenon?
Queer shipping is as old as popular media gets; one of the first Star Trek fanfictions concerned a homosexual romance between Kirk and Spock. It’s a way to show that you really care about the story and the characters. More often than not, fans catch certain nuances that even the writers hadn’t thought about in the first place.

Even as the demand for queer content is becoming more visible, we’ve seen with sites like Tumblr that digital freedom is now under threat. Do you believe that queer video games will be affected?
There has always been some sort of backlash against LGBTQ friendly games or content, from legal action in the USA to discussions on banning games in Russia. With more markets becoming important for international publishers, this will only become more commonplace. 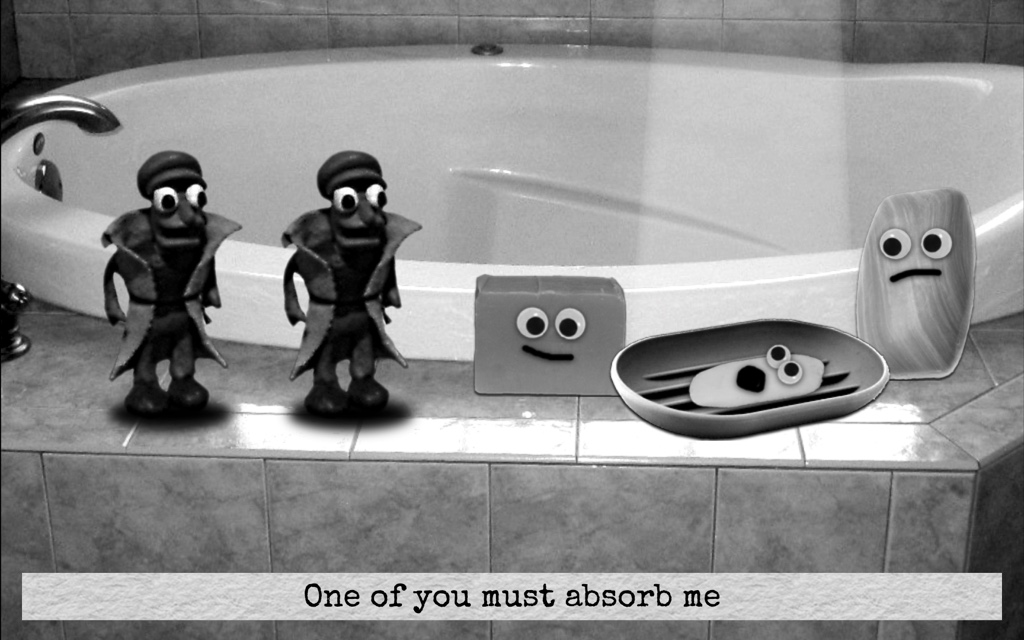 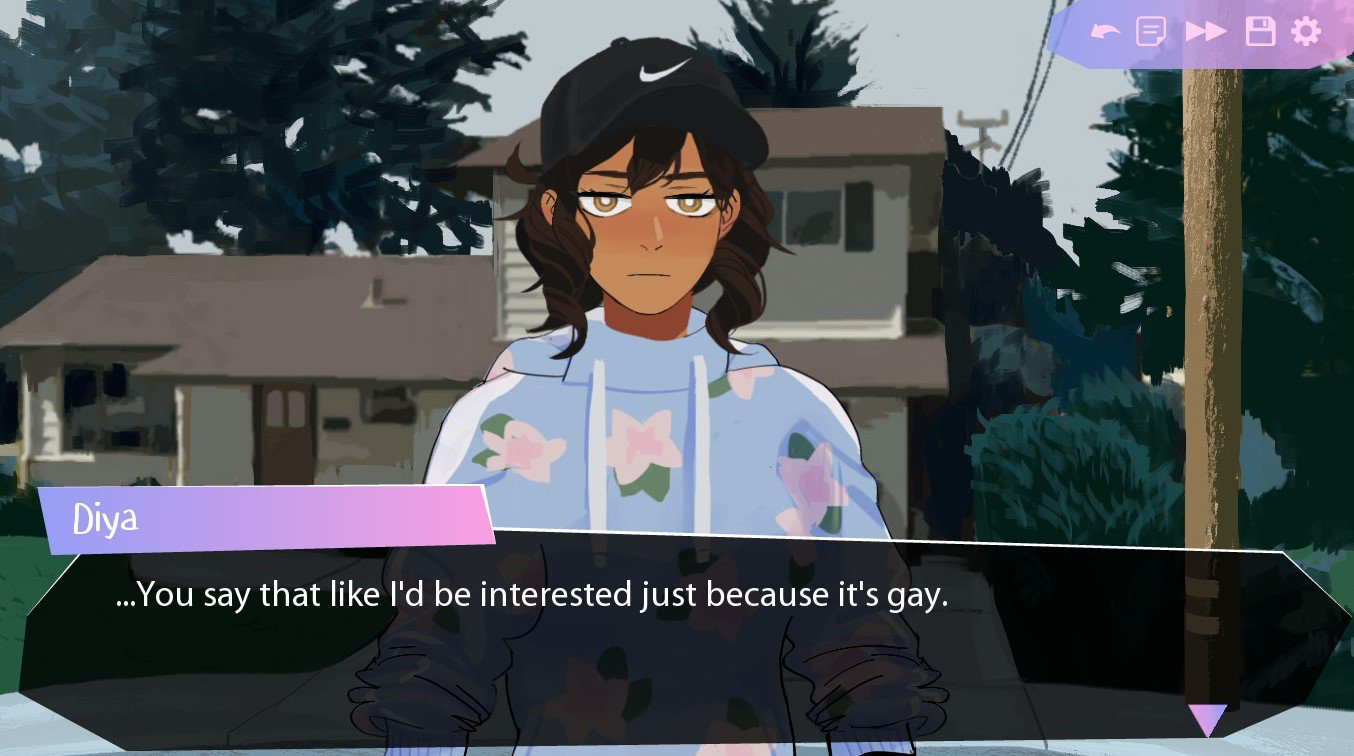 Linkedin
RELATED ARTICLES
OTHER ARTICLES
For decades, an area of East London has served as a community hub for Vietnamese people looking for a taste of home.
Freddie Miller’s new series of photographs investigates who today’s trainspotters are and what drives their unfettered enthusiasm.
Photographer Arthur Grace recalls travelling through the Soviet Bloc and finding ways to evade the surveillance of his work.
Photographer Bruce Gilden discusses his series documenting the overlooked factory workers, labourers and other people residing on the margins of English society.
LGBTQ+ students are keeping the spirit of the original Pride alive by fighting for liberation for everyone, not just their community.
Wealth inequality and the rising cost of socialising is placing a strain on people’s relationships, reports Eve Upton-Clark.