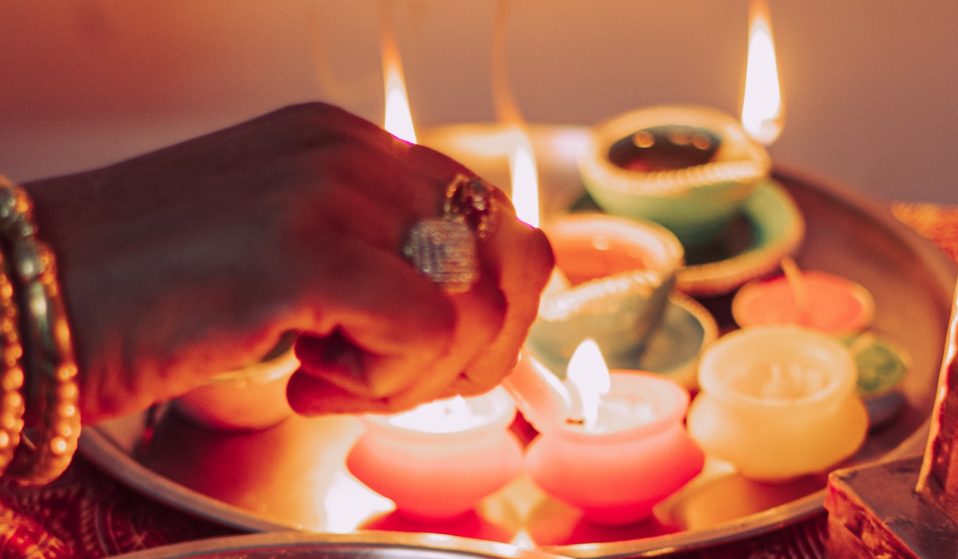 On #SpiritualTok, witches and guides are gaining exposure for stealing practices belonging to other cultures – but a group of TikTok users are confronting the whitewashing of their ancestors’ rituals.

On #SpiritualTok, witches and guides are gaining exposure for stealing practices belonging to other cultures – but a group of outspoken TikTok users are confronting the whitewashing of their ancestors’ rituals.

The spiritual community on TikTok is, for the most part, a soothing corner of the internet. People speak softly and flash radiant smiles as they remind you that you, too, are a celestial being. Their skin glows and they appear as if they haven’t had a stressful day in a decade. You can almost smell the incense travelling through the screen.

But #SpiritualTok – a hashtag which has amassed 267 million views on the app – is not all love and light, or a digital oasis of peace and harmony away from the drama that plagues other online communities. Disagreements range from how best to perform a certain spell or ritual, to a much larger ongoing debate: the question of who gets to partake in – and profit from – certain spiritual practices that belong to Black, Indigenous, Latinx, or South-Asian cultures.

Hoodoo, for instance, is a spiritual tradition inspired by West African folklore that was created by enslaved people in the United States. On TikTok, though, the great majority of people making videos about honey jars – a Hoodoo practice used to sweeten up situations and restore relationships with people – are young white witches desperate to reconnect with their ex.

Honey, 22, known to her 90,000 TikTok followers as @thathoneywitch, is calling out this cultural appropriation for what it is. As a descendant of enslaved people, Honey has the right to practice Hoodoo, which is considered a “closed practice” – a tradition you can only partake in if you have a particular lineage, or if you have been initiated into it by a practitioner. “I always like to make the connection between intellectual property and closed practices,” they explain. “To understand that appropriation is wrong, you first have to understand that people can make something for themselves, and they’re allowed to keep it to themselves.”

Chaewon Koo, 42 – known on TikTok as @hichaweon and the host of the YouTube channel Witches and Wine – has also posted several videos denouncing the use of closed practices, including Hoodoo, in the online witchcraft community. “Why is it that in any other area in life, when we see a closed door, we’re like, ‘Okay, there’s a boundary, I shouldn’t go in.’ But when it comes to spiritual practices, which are in so many ways the most private thing that we do, suddenly [people] can’t respect that?” she says. “It’s very much a coloniser mindset that says, ‘I see something cool and shiny, and I want it.’”

Spiritual appropriation, both in the occult world and in spiritual circles more generally, is nothing new – but online spaces have only made it more widespread. “Digital environments add a new layer to this phenomenon and perhaps offer even more possibilities to de-contextualise and re-contextualise practices,” explains Lynda L. Warwick, a psychology professor whose research has focused on spiritual appropriation.

Of course, not all spiritual content created by white people online is appropriation. Wicca, for example, is a Western magical tradition, and there are many practices that cannot be fully traced back to a particular group or culture. As Sabina Magliocco, professor of anthropology and religion at the University of British Columbia, puts it: “Spiritual and cultural threads are complex and interwoven and at a certain point, you can’t separate the butter and the milk out of the scrambled eggs.” But what some people on #SpiritualTok emphasise – which Magliocco agrees with – is that when traditions originated from specific struggles, they are meant for specific communities.

“These are cultures whose practices have already been affected by colonisation, with colonisers that have often tried to eradicate traditional spiritual and magical practices,” Magliocco explains. “So for Westerners to now go in and say, ‘Oh, you used to do this, now this is mine, I’m taking it and I’m going to charge $500 for other people to do it,’ is ethically and morally wrong.”

This happens often with Native American practices. It’s not rare to see white TikTokers talk about their “spirit animal” or burning white sage – a sacred plant used by Native Americans for purification during ceremony and prayer. Rebranded as a cleansing tool, white sage’s growing commercialisation has resulted in shortages of the plant. And unsurprisingly, Indigenous groups have not been the ones to profit from their practice’s newfound popularity.

“Native Americans live in conditions where they have little political or socio-economic power, and where they don’t have access to good medical care or even legal justice,” says Warwick. “Their religious practices are designed to help those communities, who don’t have many other sources of sustenance or power.” Therefore, wanting to protect their tradition isn’t gatekeeping as much as it’s safekeeping, a means of survival rather than a desire to establish arbitrary boundaries.

South-Asian spiritual traditions have been commodified in a similar way. Hindu and Buddhist symbols and practices – including Chakras, yoga, meditation – have been incorporated into the West’s wellness boom, with their original meaning and purpose diluted. Radinka Jeyathas, 31, uses her TikTok account @radinka.jp as a space to explore her spiritual roots as a first-generation Tamil Canadian, and as a platform to speak out about the threat that appropriation poses to South-Asian ancestral practices.

“Spiritual white people become these so-called ‘experts’ and then they sell books based on knowledge that’s not actually theirs, and also add their own thoughts into it,” says Jeyathas. “If we don’t enter those spaces and stay in those spaces, our culture gets lost.”

For Honey, white spiritual influencers becoming spokespeople for traditions they do not belong to – and whose history they are unfamiliar with – harms the people who should benefit from these practices. “We want to help our community with the work that we do, but it’s hard when things are stolen by people that don’t know what they’re doing,” they say. With their platform, Honey wants to ensure that Hoodoo is practised the way it’s supposed to, by the right people and with the right intentions.

This is complicated by the fact that the most prominent voices on #SpiritualTok belong to white people. “Black practitioners have to try twice as hard to have our voices heard, because people will go to anyone that they think knows something, especially if that person is palatable. And often, white people are more palatable than people of colour. It’s just true,” Honey adds.

Calling out spiritual appropriation when they see it, trying to serve their community as best they can, and fighting to be heard amid an endless stream of TikTok content is a lot to take on for those creators. “It is such a huge ask of people of colour. Not only do we have to fight injustice around us in our personal lives and in society, but we also now need to do it online,” Radinka says.

That is why white spiritual practitioners on TikTok also have their part to play – mostly, by taking a step back. “Listen to people that are in closed practices, take in what they say, but also do the research,” Honey says. As for open practices, including most South-Asian traditions, the best way to honour them is to be taught by someone with intimate knowledge of those traditions.

It is unlikely everyone in TikTok’s spiritual community will be willing to give up closed practices, or to learn about the complex history behind certain traditions. But others, perhaps having encountered Honey, Radinka and Chaewon’s side of #SpiritualTok, will hopefully come to realise that being mindful of others and aware of practices’ centuries-old roots is essential to their own spiritual journeys. As Chaewon concludes: “It’s all about manners, emotional and social grace. You’re fine, as long as you’re invited.”

Linkedin
RELATED ARTICLES
OTHER ARTICLES
Rogue landlords are exploiting young and inexperienced renters and leaving them in mental and financial turmoil, reports Niall Hignett.
Birdy Chu reflects on documenting the historic moment in which the territory was formally passed back from the UK to China.
Yesterday thousands gathered outside Buckingham Palace after news of the Queen’s death broke.
Ahead of the release of their first collaborative album, the producer and rapper talk psychedelics and the state of UK hip hop.
By turning a real-life crisis into daytime television fodder, TV bosses have once again shown themselves to be completely out of touch with audiences.
The two-day long event returned to London this year, showcasing a spectacular parade, steel bands and Caribbean food.