News & Politics / Activism / Trump Protest: London tells The Donald to do one 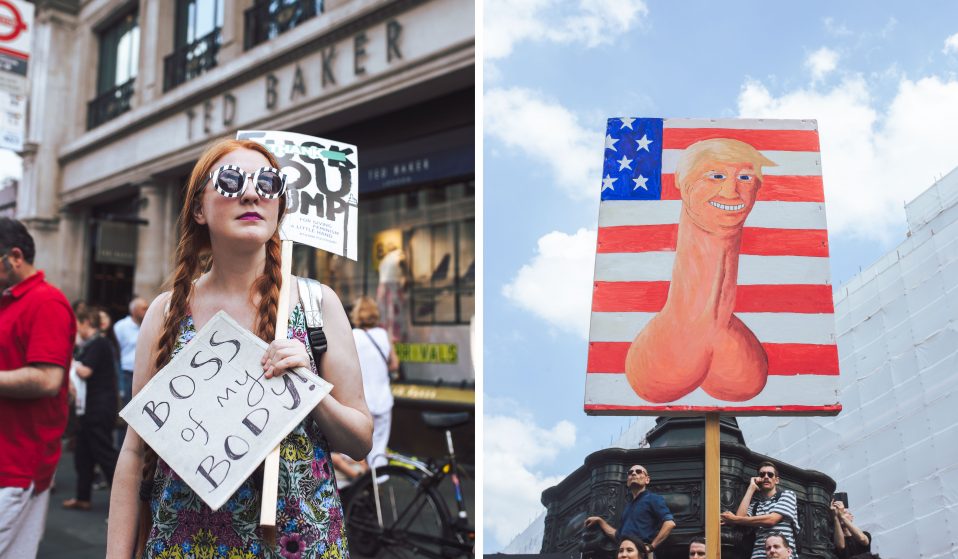 Hundreds of thousands take to the streets of London with a simple message: Donald Trump is not welcome in Britain.

Hundreds of thousands take to the streets of London with a simple message: Donald Trump is not welcome in Britain.

It’s sometimes hard to quantify the material outcomes from a single day of protest, so vast can the ambitions be of a social movement or demonstration beyond the events of a single day. Taking a stand against sexism on the Women’s March, for instance, is of course valuable – a powerful message – but to take on the sexism that permeates all corners of our society is an effort that many are tackling every minute of every day.

Friday afternoon’s anti-Trump protest in London was, in some ways, no different. The estimated quarter of a million people who spent their day marching through the capital didn’t just do so to tell the President of the United States he wasn’t and isn’t welcome in Britain – they did so also to make clear there is a movement growing on both sides of the Atlantic against the divisive and destructive politics he represents. One that is going to continue to grow. The United Kingdom has, in recent years, been no stranger to rampant xenophobia; Theresa May’s government, just like the US administration, separates children form their parents as they come into contact with Britain’s hostile borders. 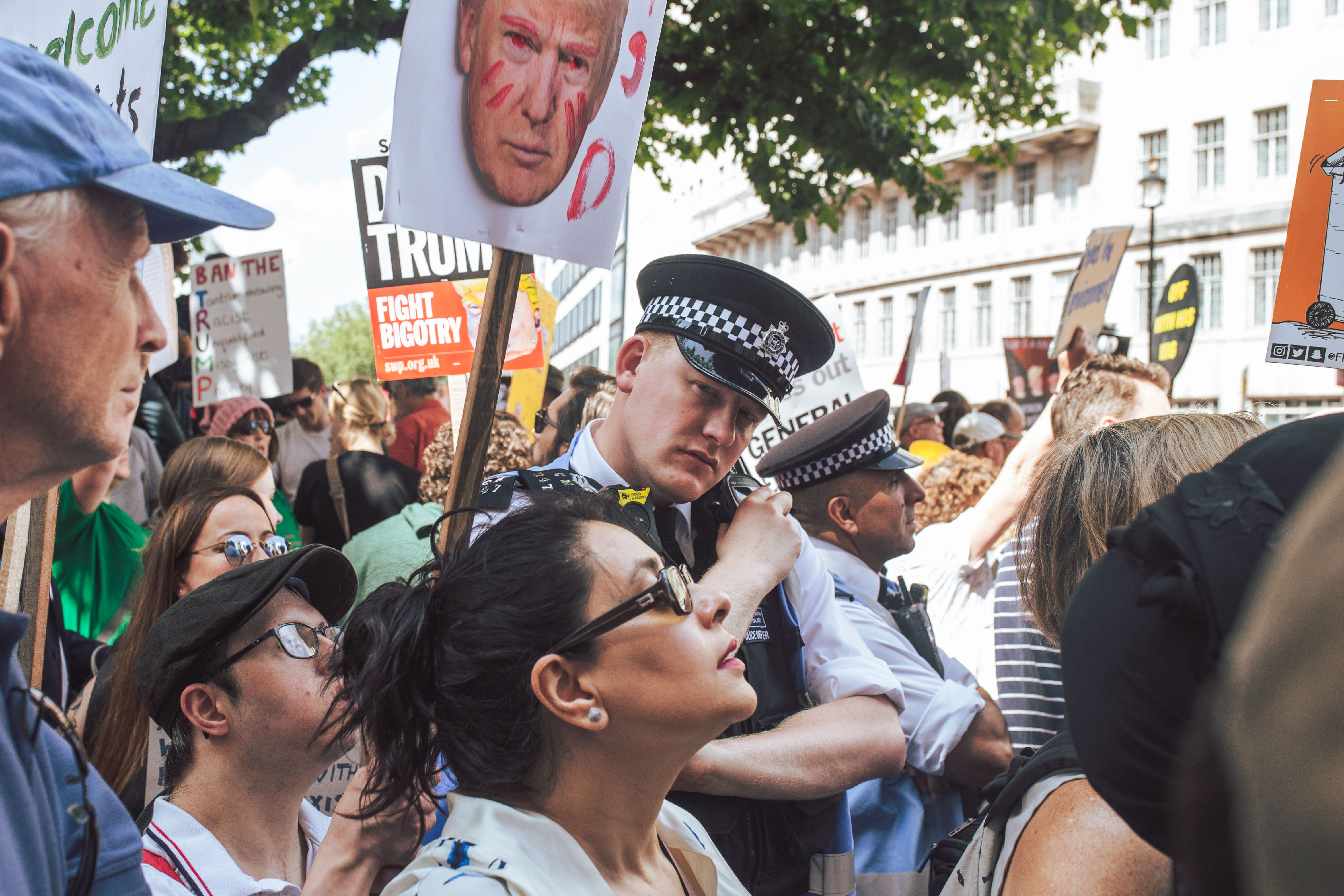 As tens of thousands of people assembled outside BBC Broadcasting house yesterday lunchtime, this was very much the message being delivered loud and clear – no to Trump, and no to Trumpism in Britain, too.

With turnout much higher than anticipated, Oxford Circus had come to a standstill earlier than organisers had expected. Crowds wielding placards snaked back as far as the eye could see. Coaches carried in people from all corners of the country, while many towns and cities outside of London played host to their own protests, too.

In some ways those protesting Trump’s red carpet visit, including – as expected – the holding of our Prime Minister’s hand, had been victorious before the march got moving. Not just in mobilising so many against racism and prejudice, but in ensuring the narrative that surrounded Trump’s time in Britain was focussed on his critics and his flaws. Headlines and TV shows spent time discussing on the rights and wrongs of the Trump’s repugnant policies, rather than celebrating the fact he was here. This visit has been an embarrassment for the megalomaniac President, who was forced to limit his time in the capital. 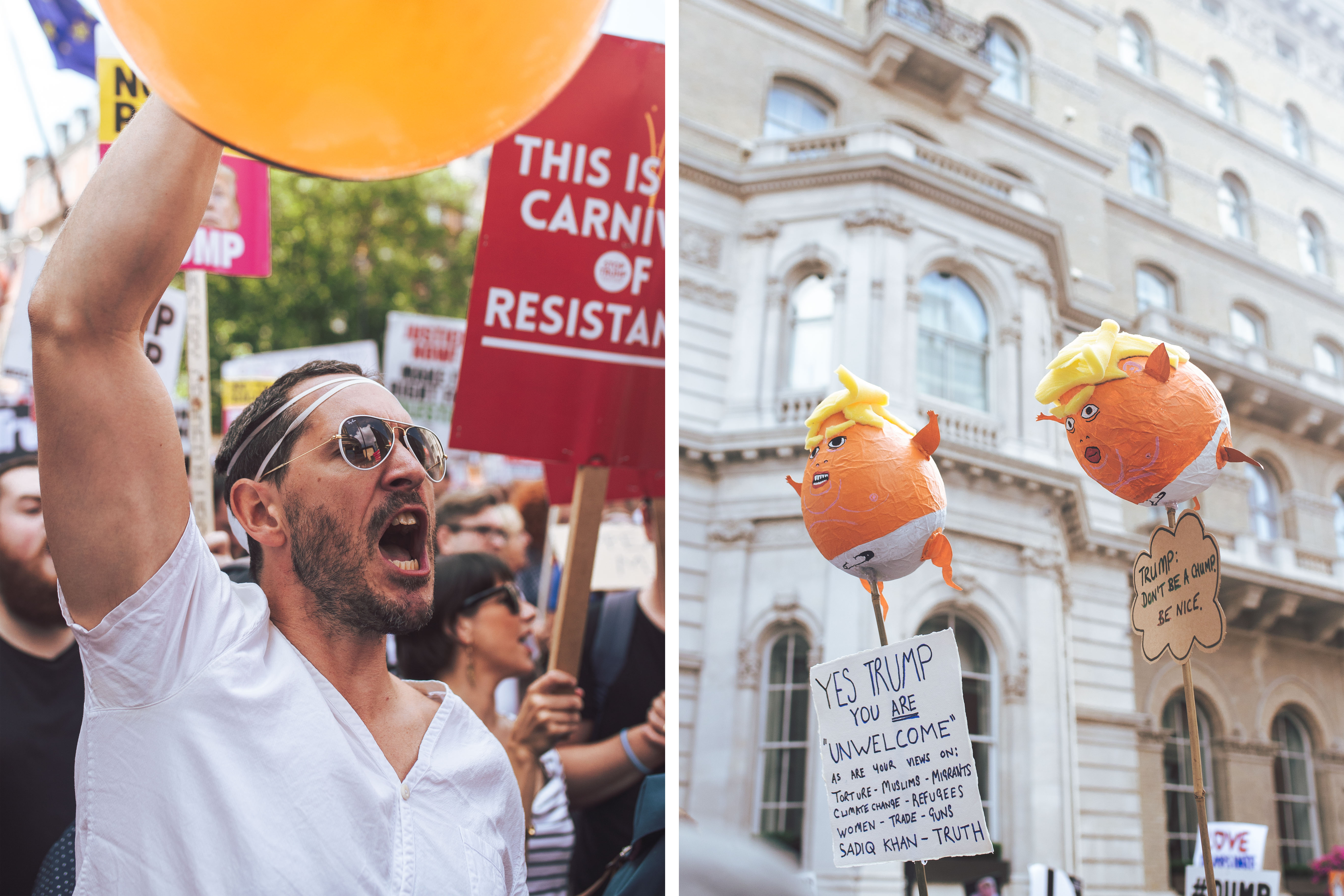 The streets of the London came to a standstill just after 2pm, as the march itself got underway. Trafalgar Square was full by the time the post-march rally got started, a gathering addressed by activists, artists, politicians, journalists and campaigners, alongside an unexpected headline appearance from Labour leader Jeremy Corbyn, who received rapturous applause.

Once the march was over, there was a celebratory atmosphere all around. Soho’s streets stayed shutdown long into the evening, the queer alliance  – one group who marched against the Bigot-in-Chief – keeping the party going long into the night. Because yesterday’s protest was certainly something worth celebrating. A grassroots coalition pulled off a huge operation. A city came together to show the world that it is better than hatred. And, the people of the United Kingdom sent a stark reminder to all those watching on – there is an alternative the the divide and rule fear-mongering that some politicians would have us believe is the only direction of travel.

Photographer Theo McInnes headed down to capture the protest itself. 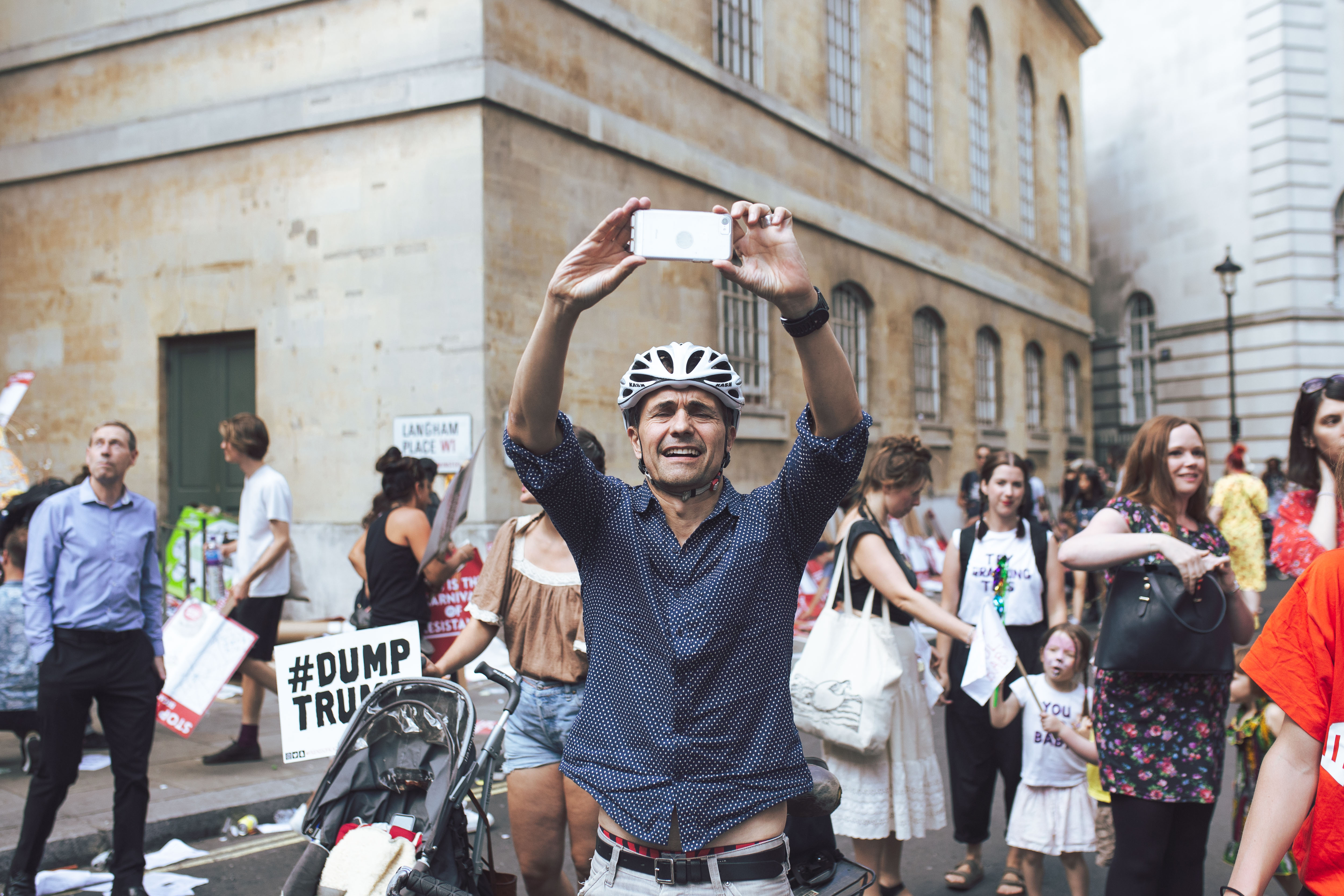 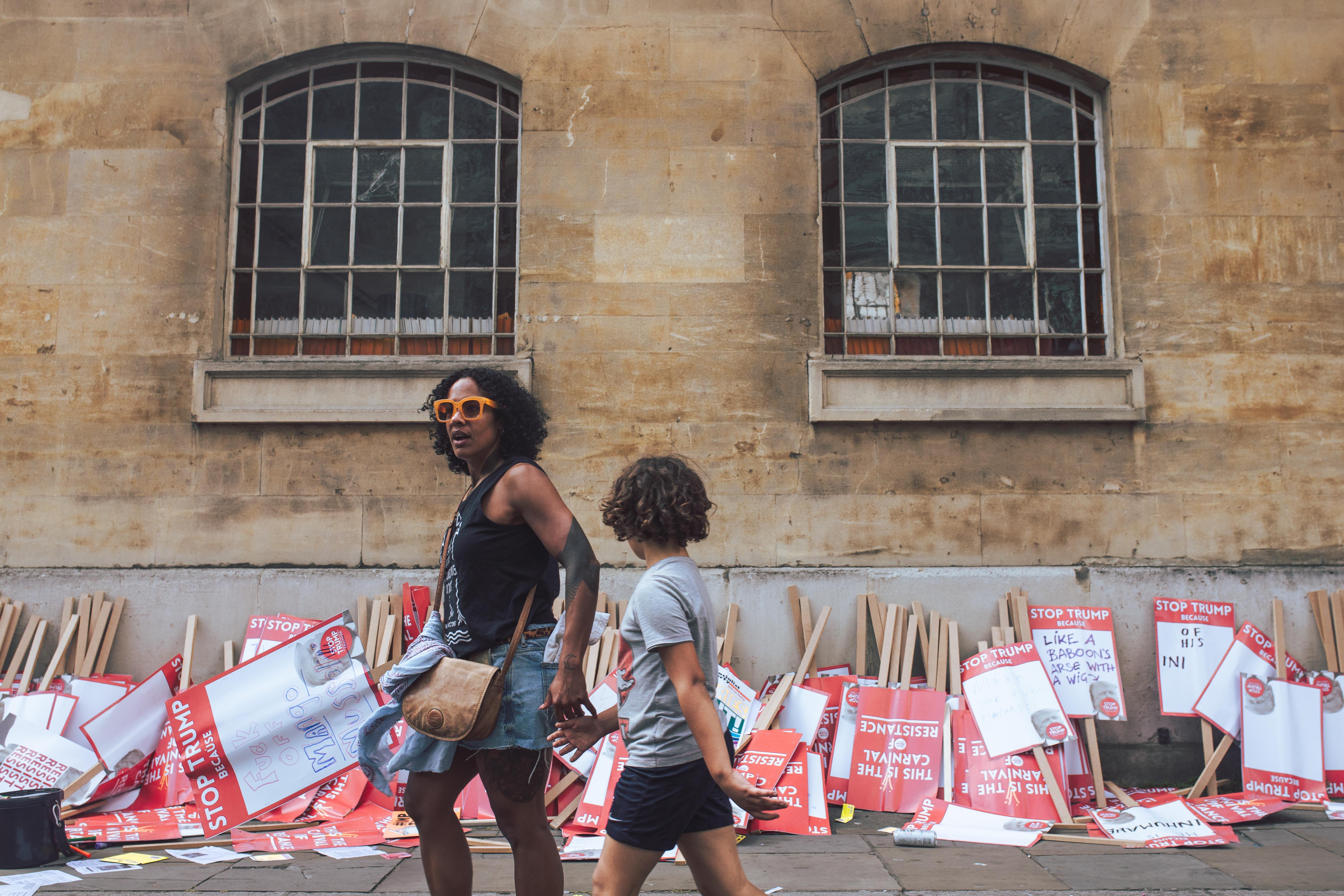 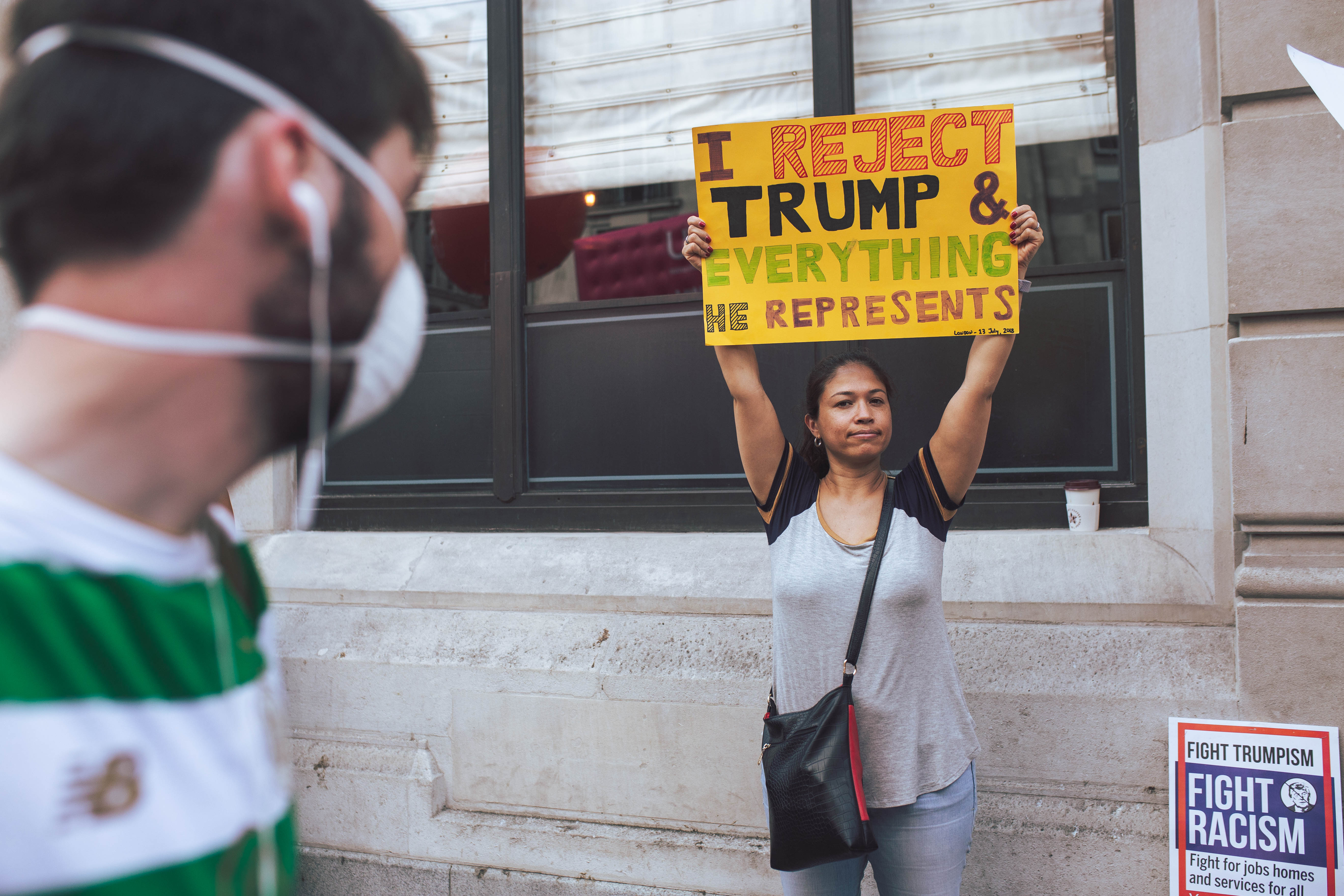 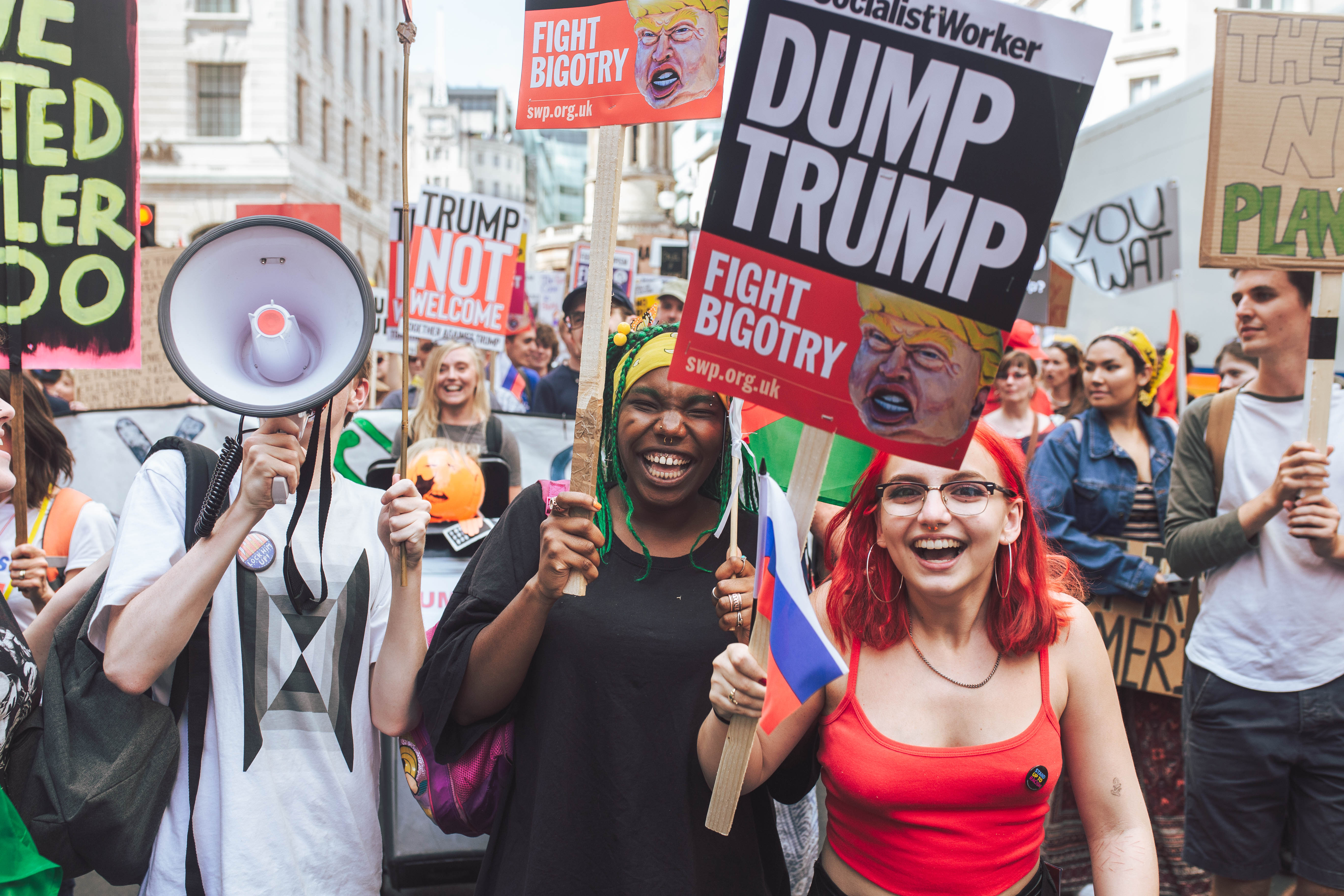 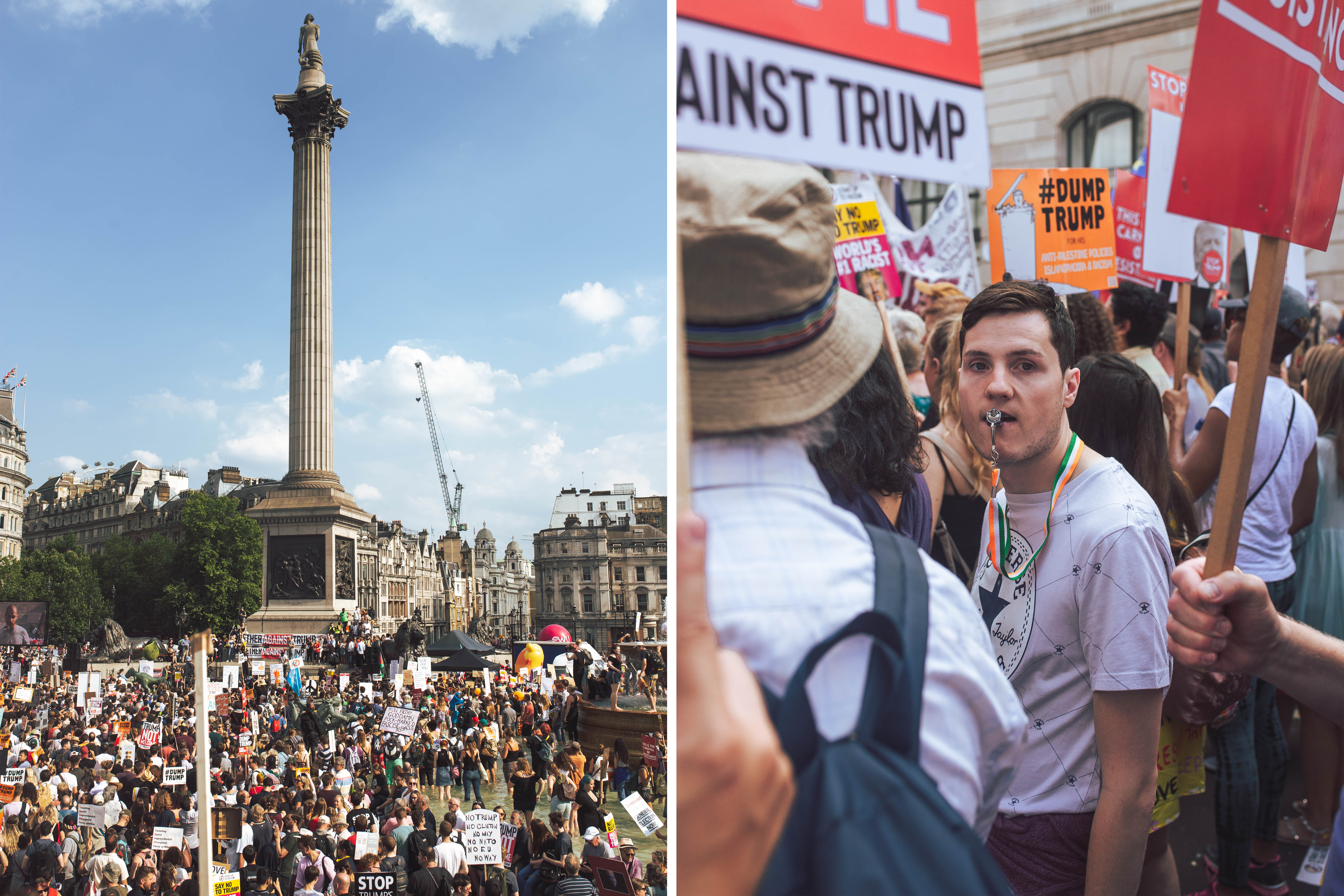 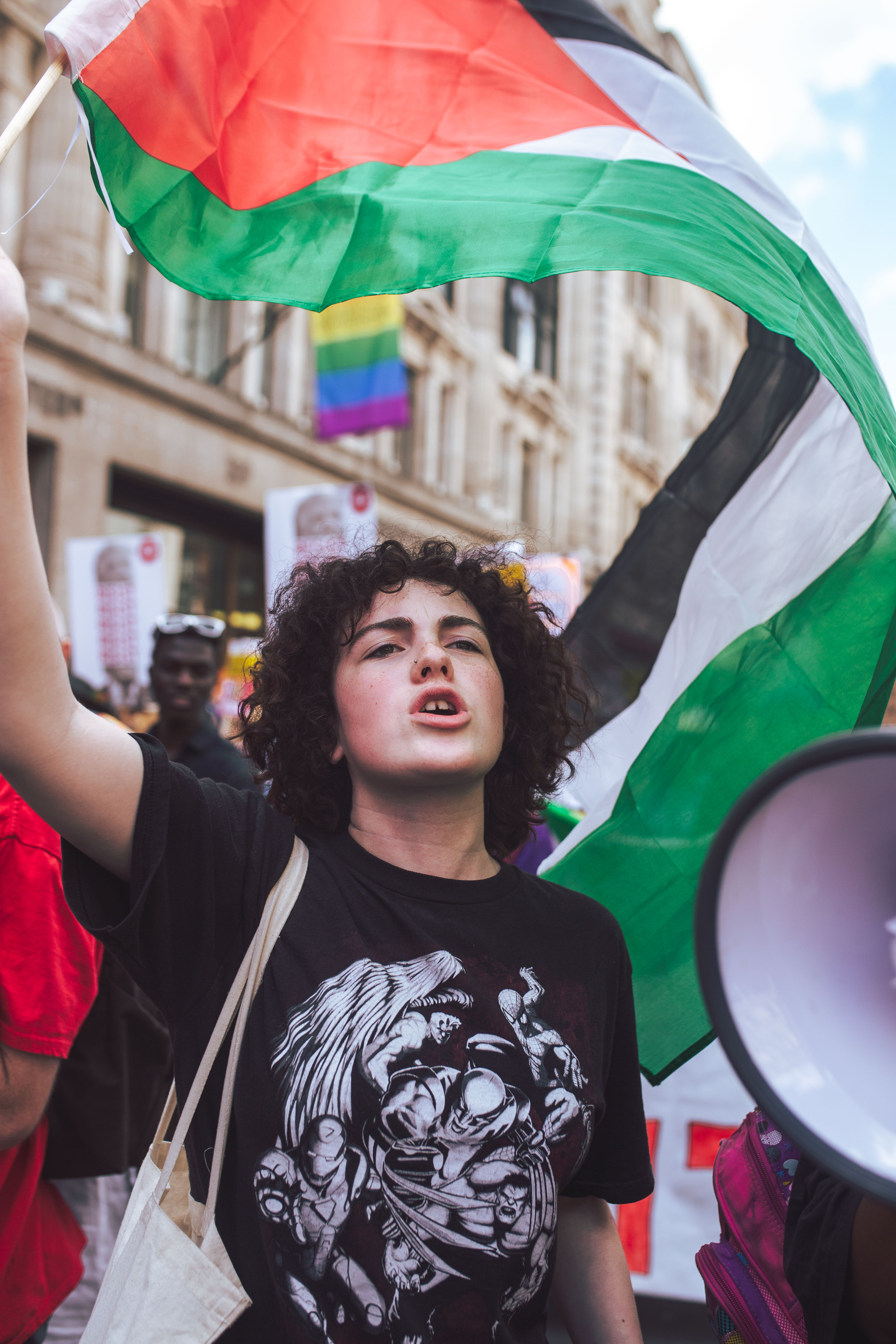 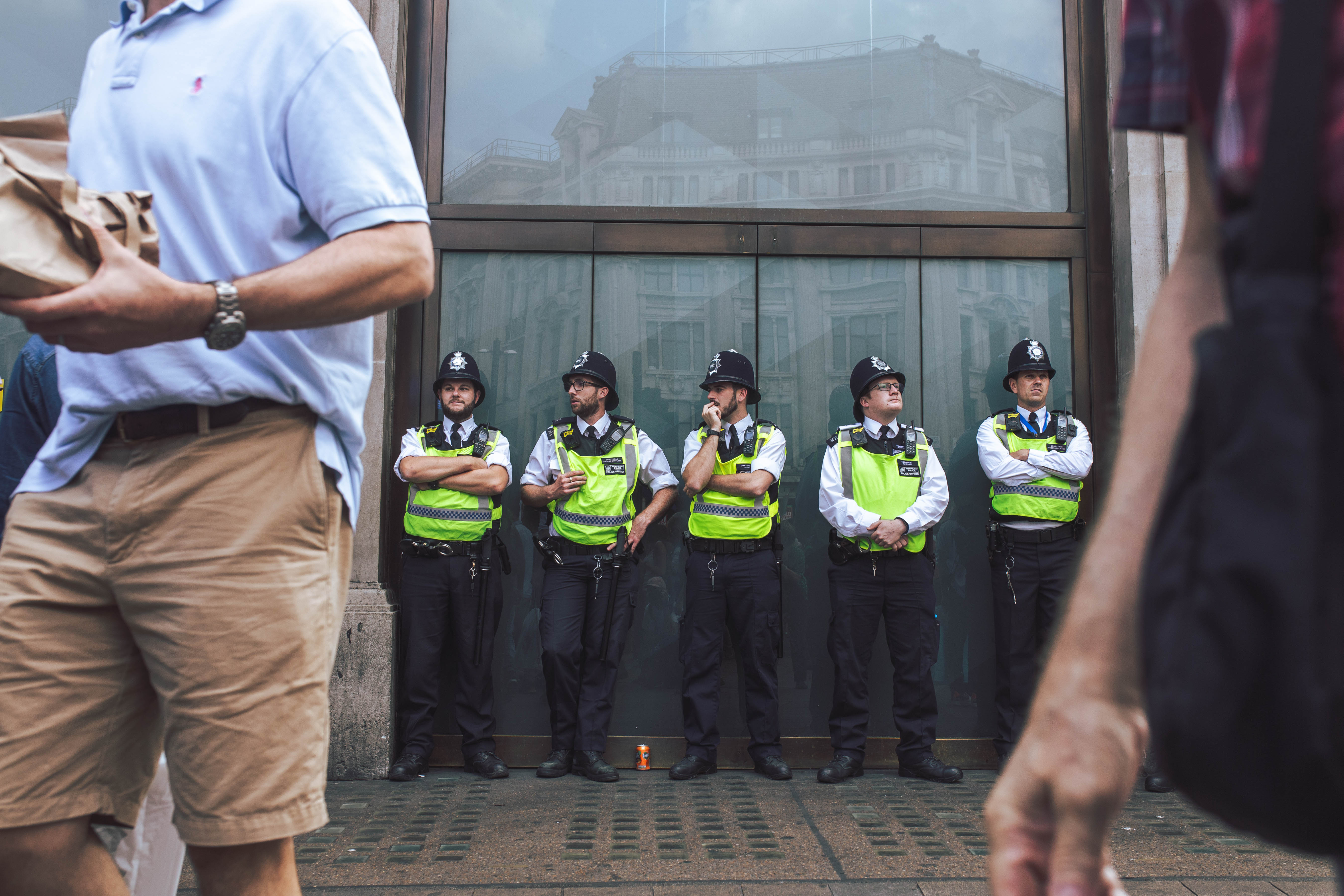 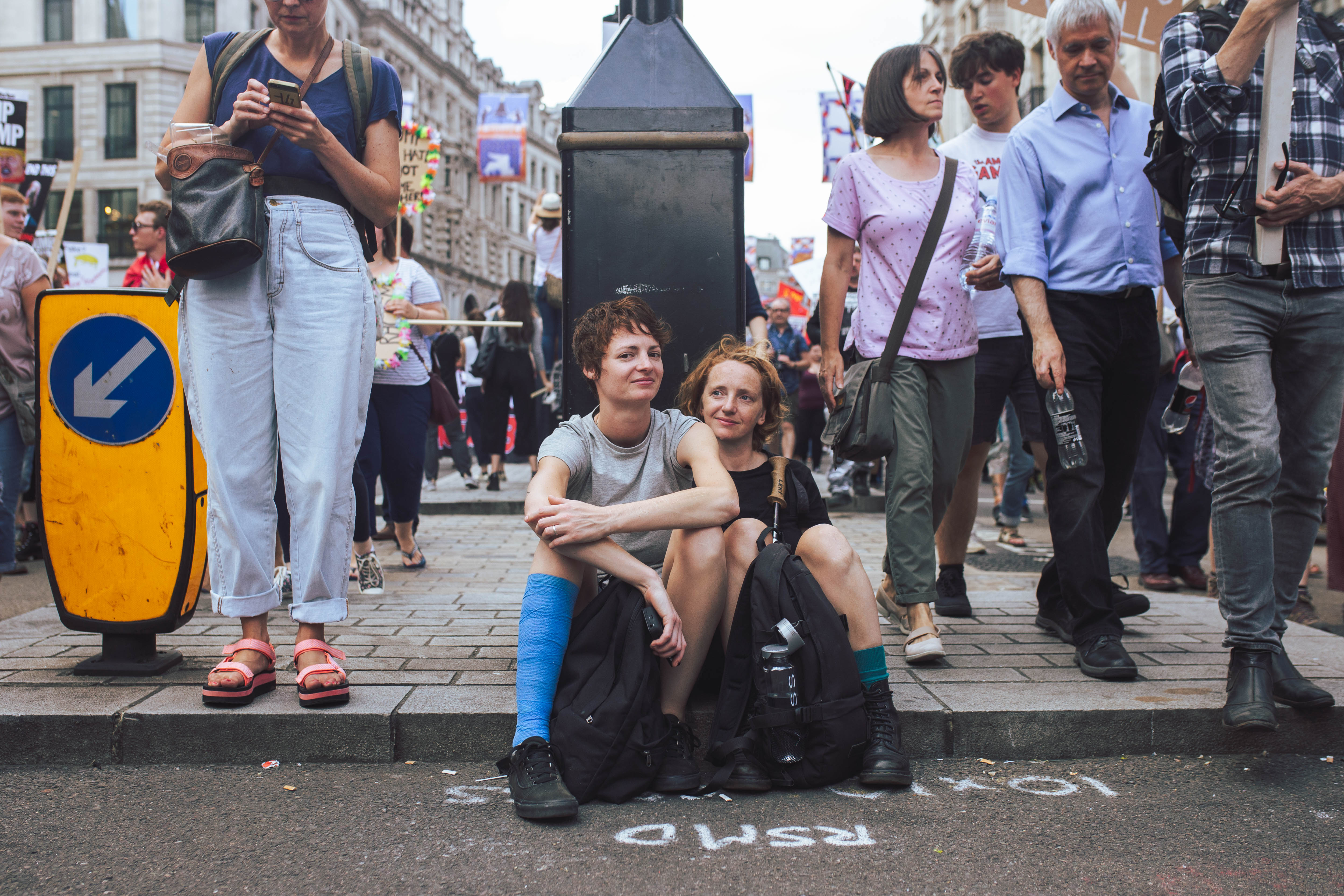 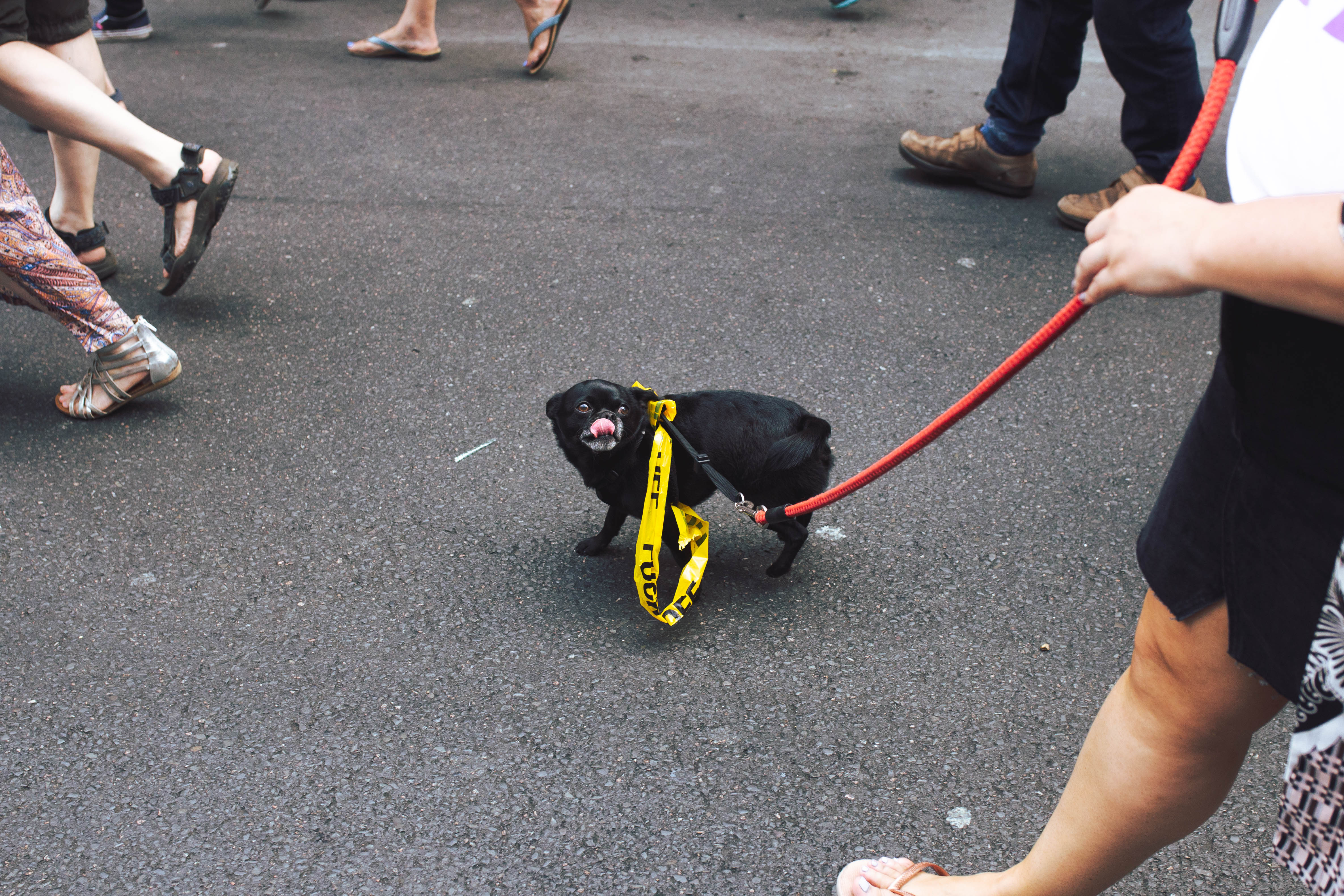 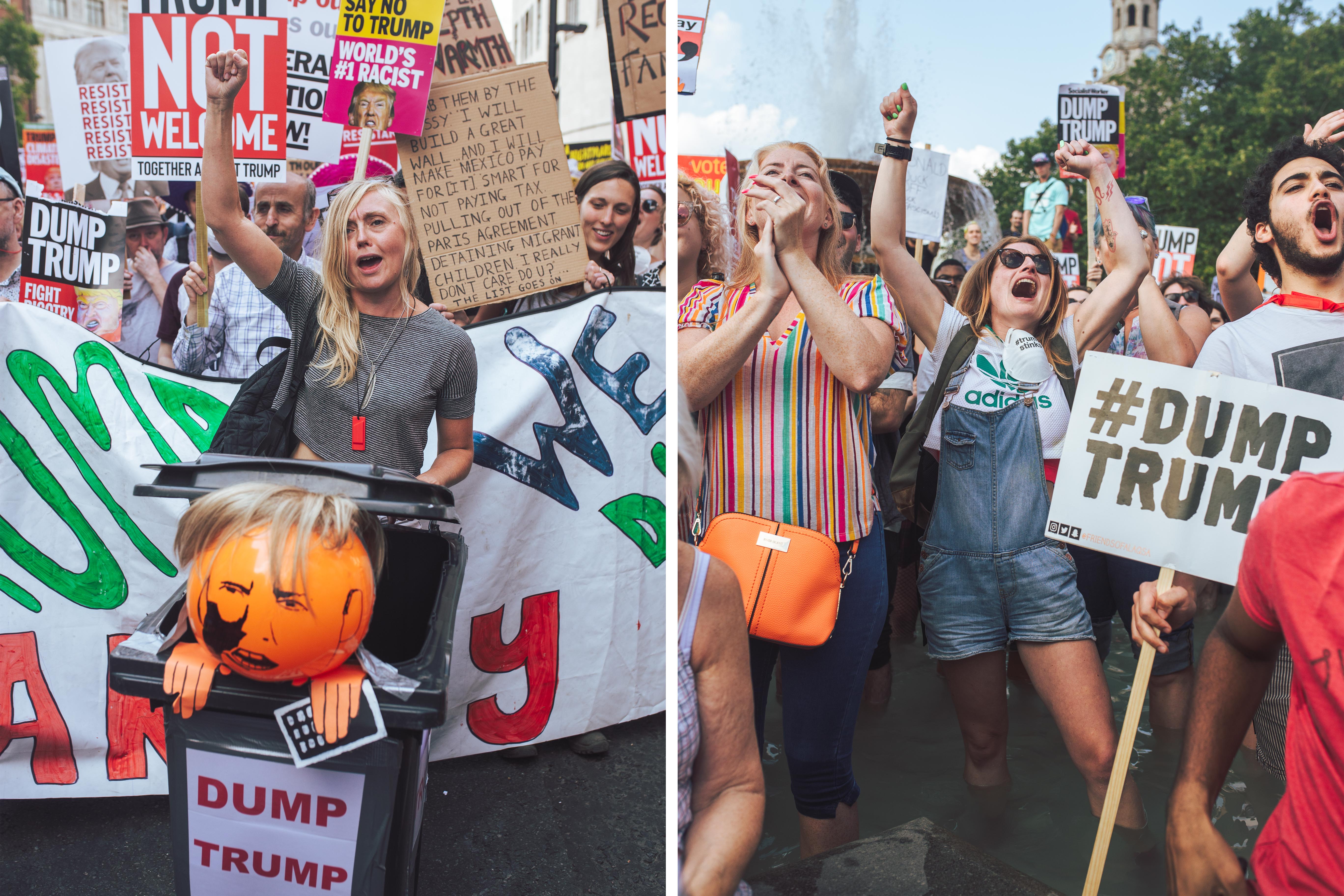 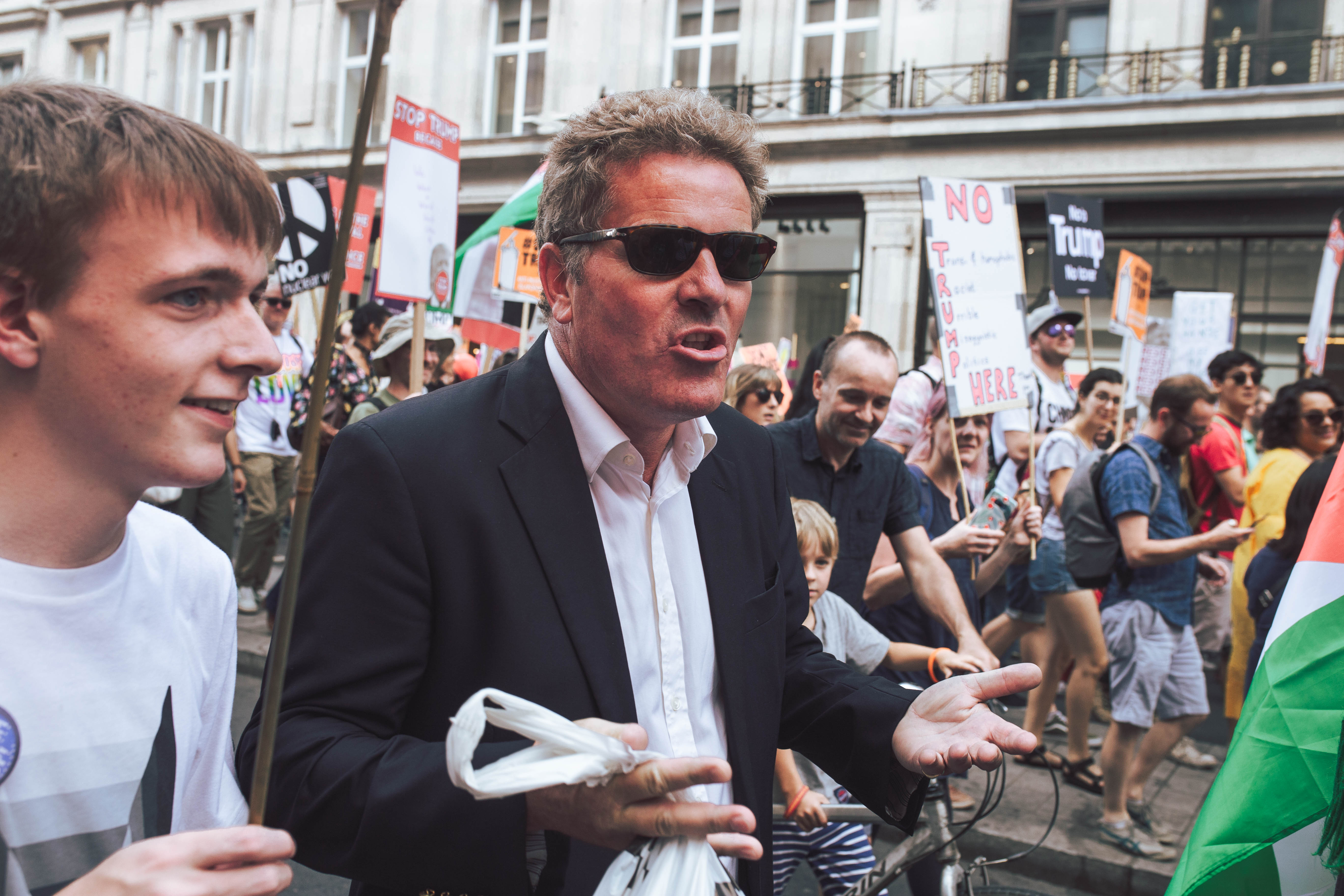 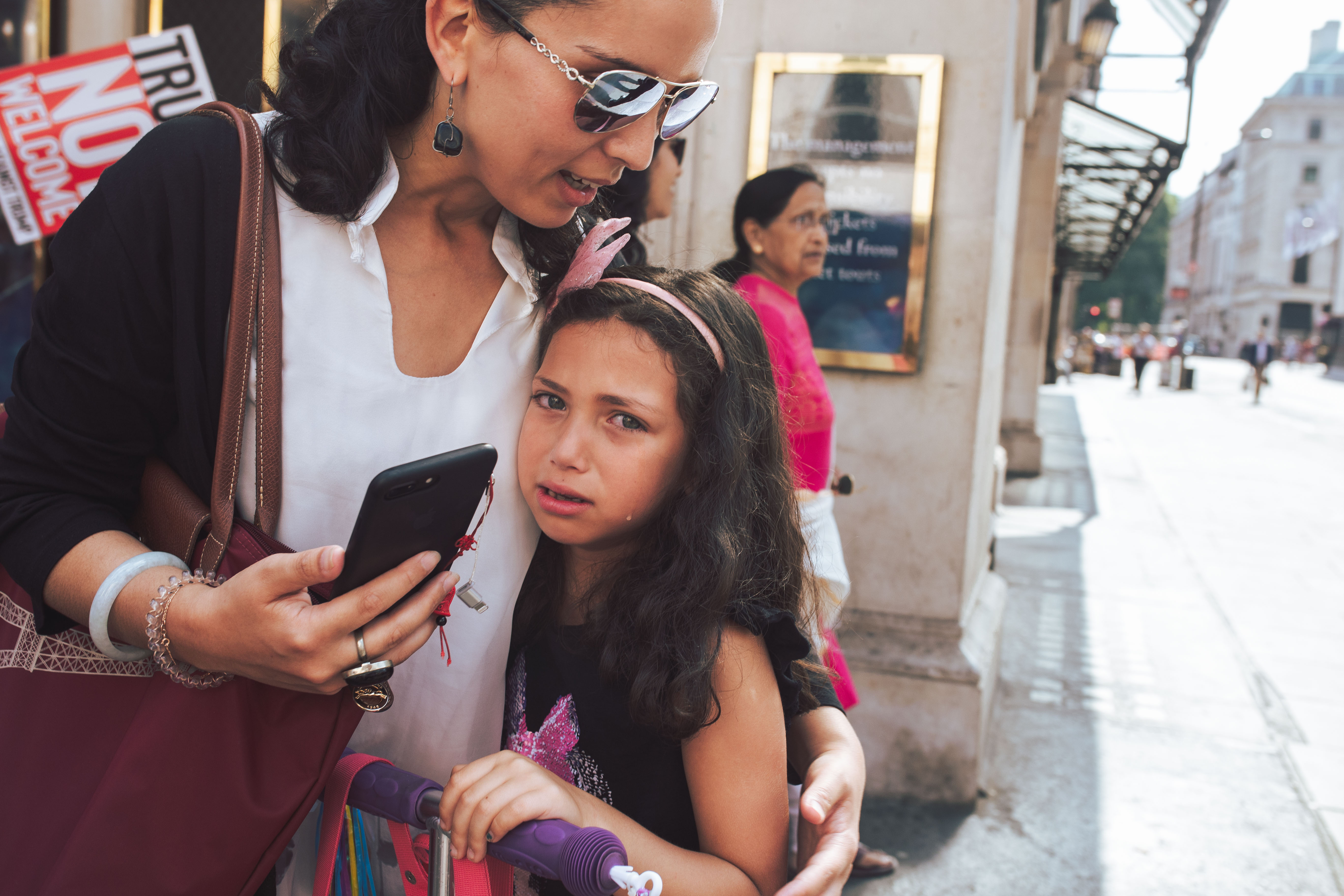 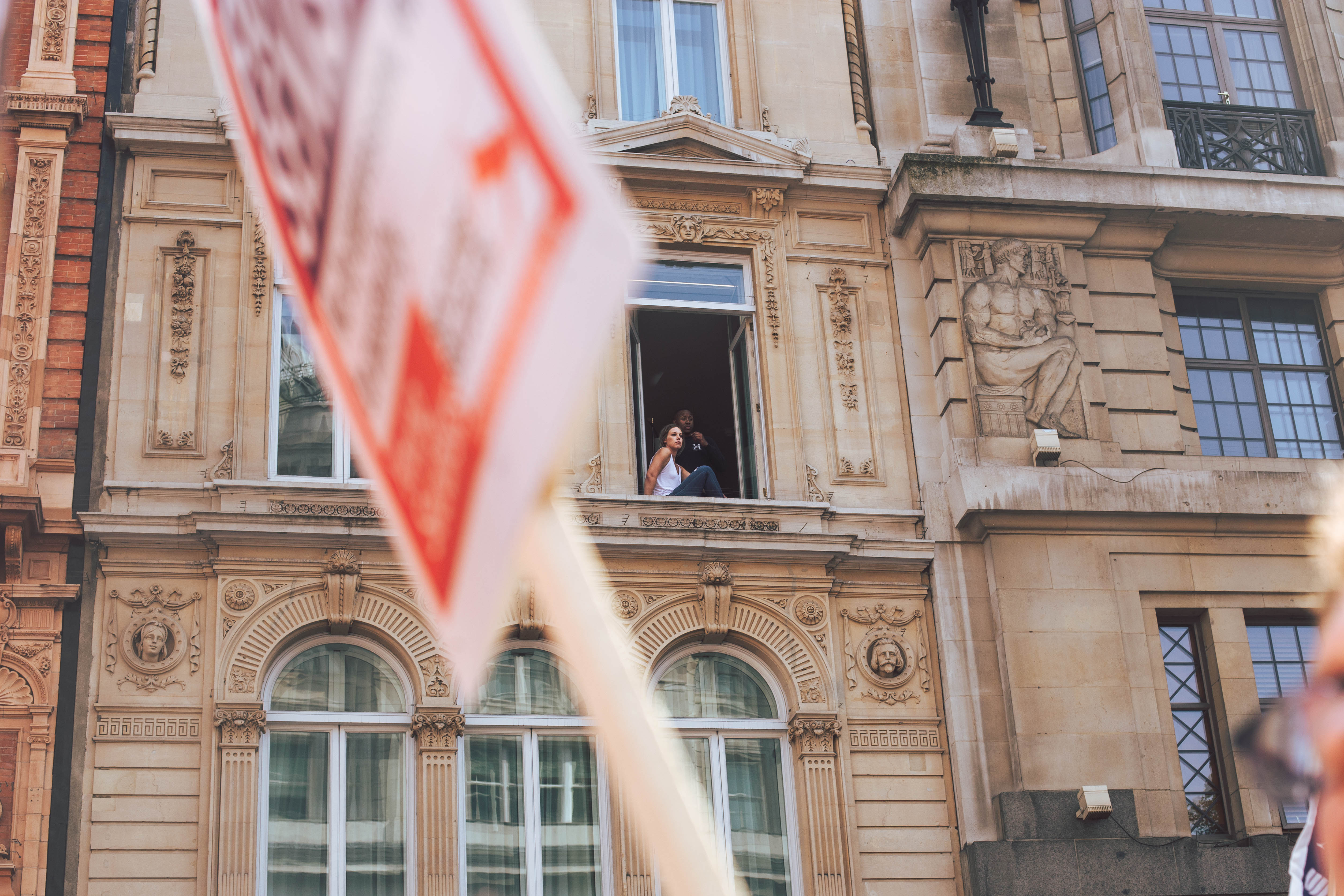 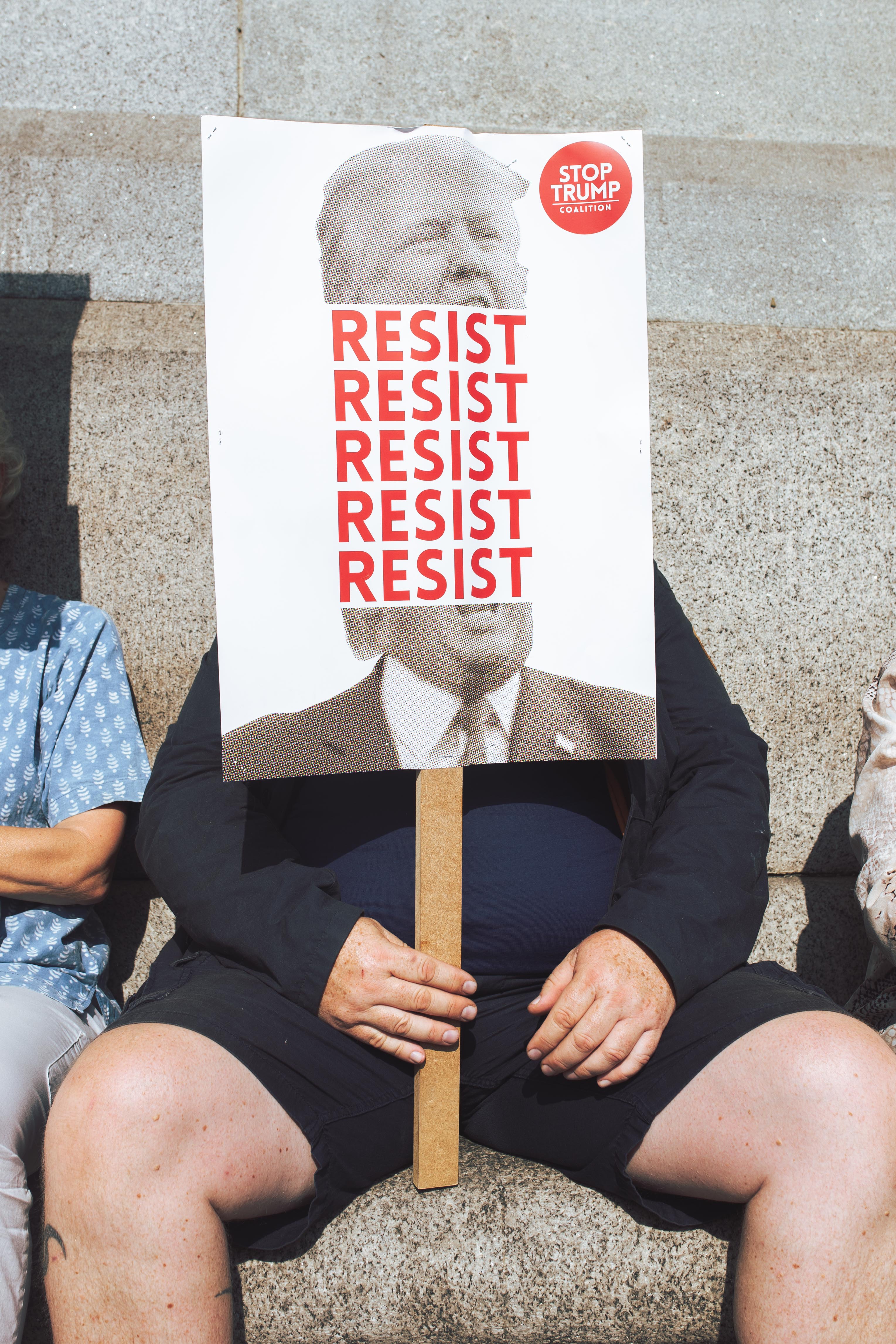 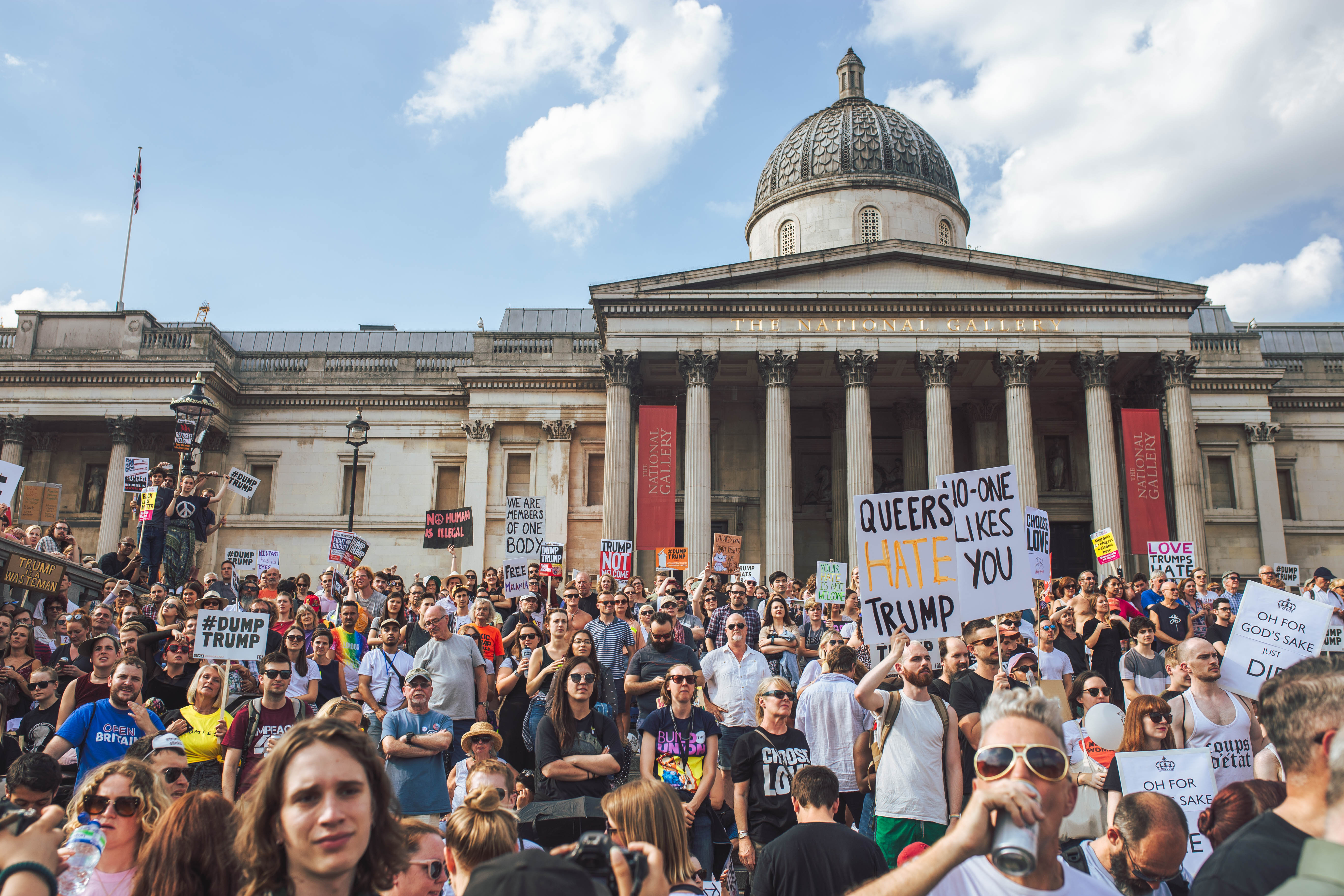 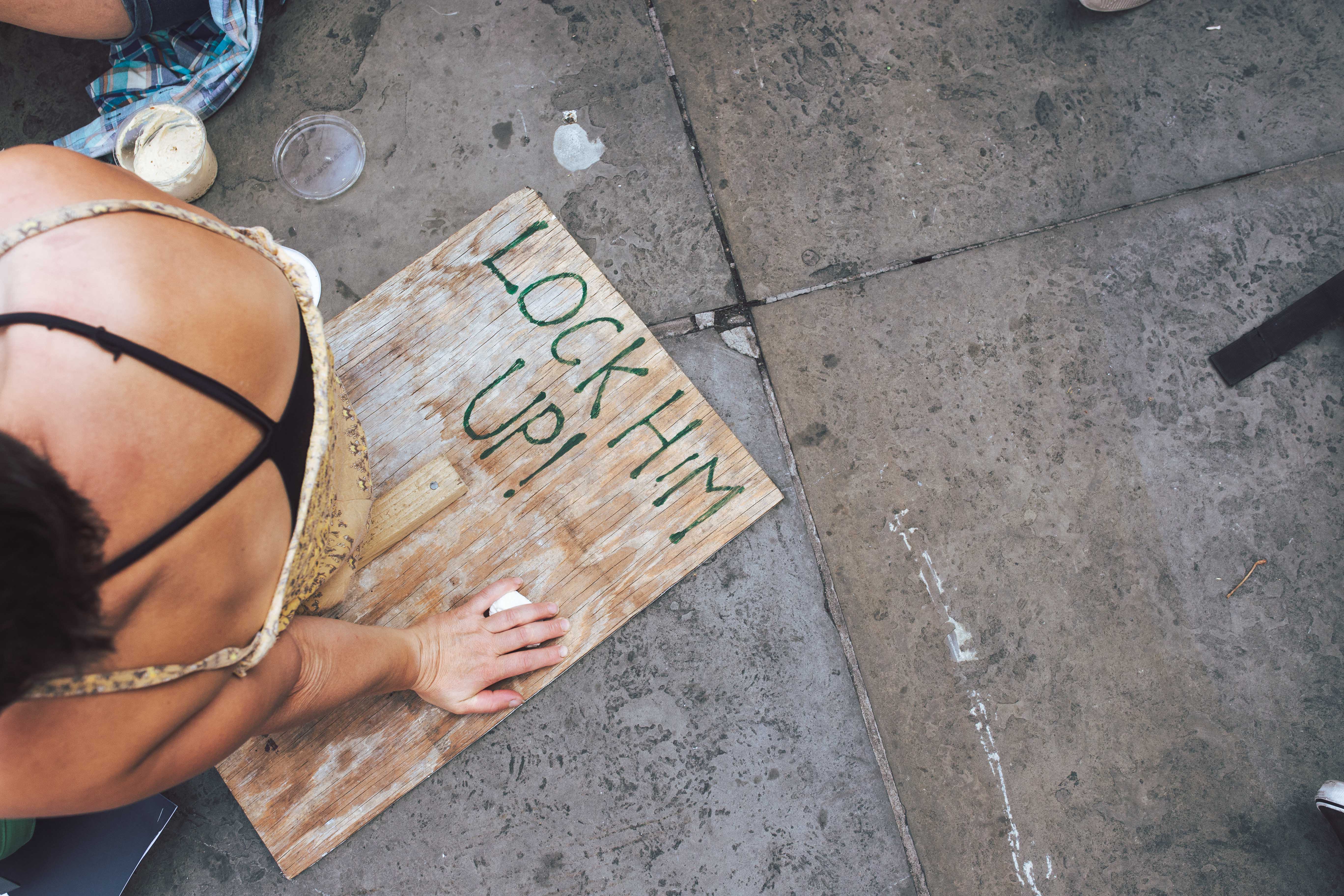 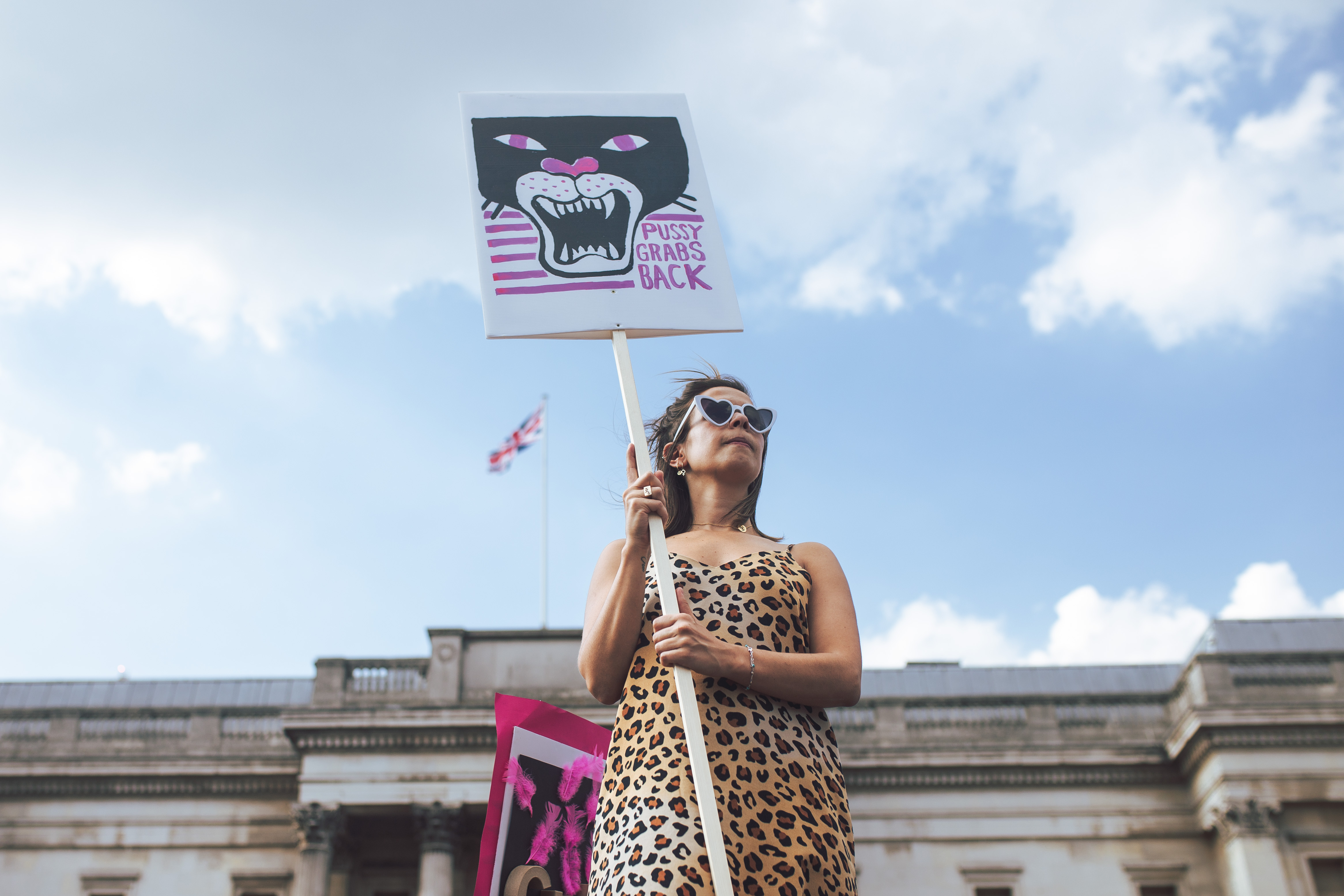 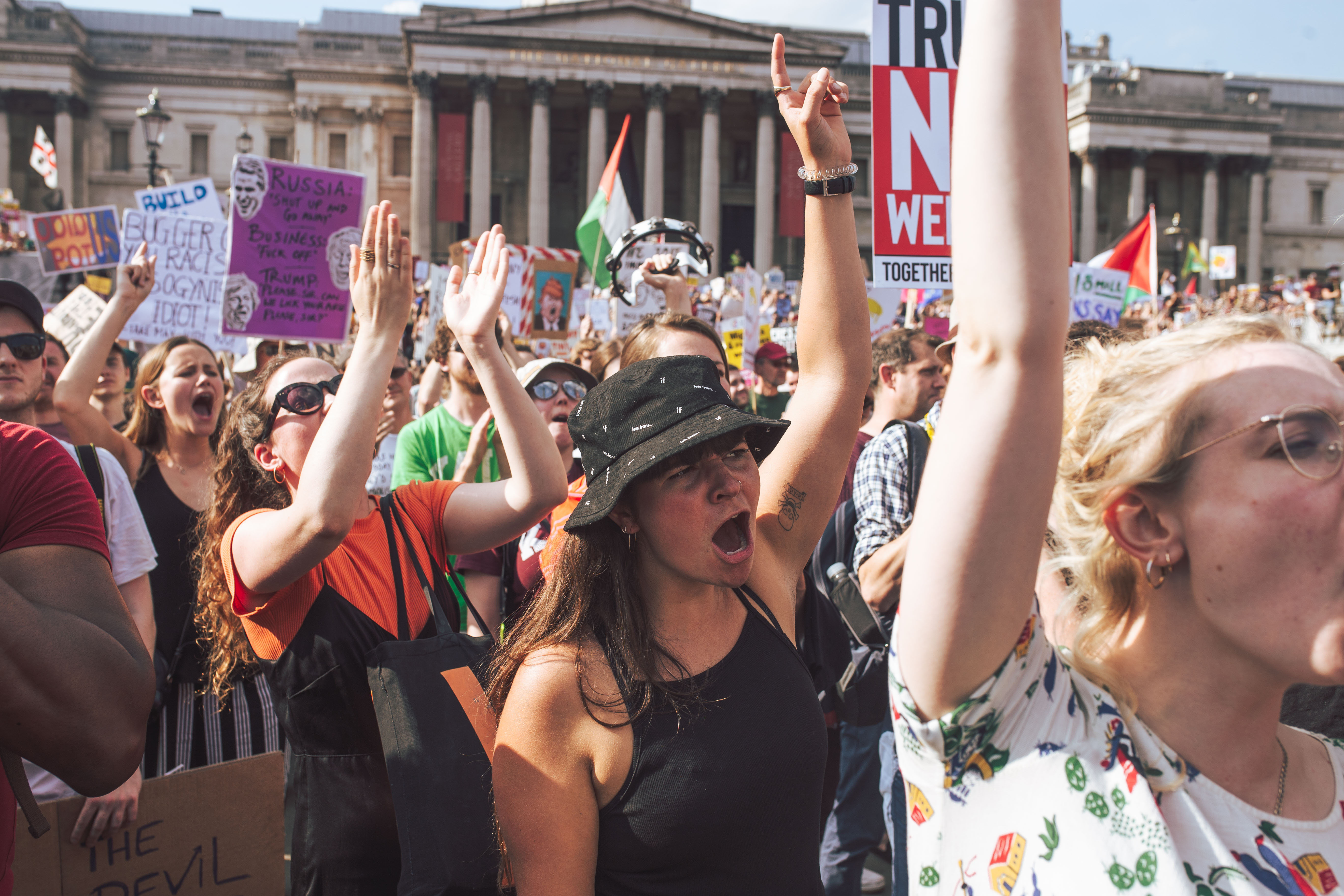 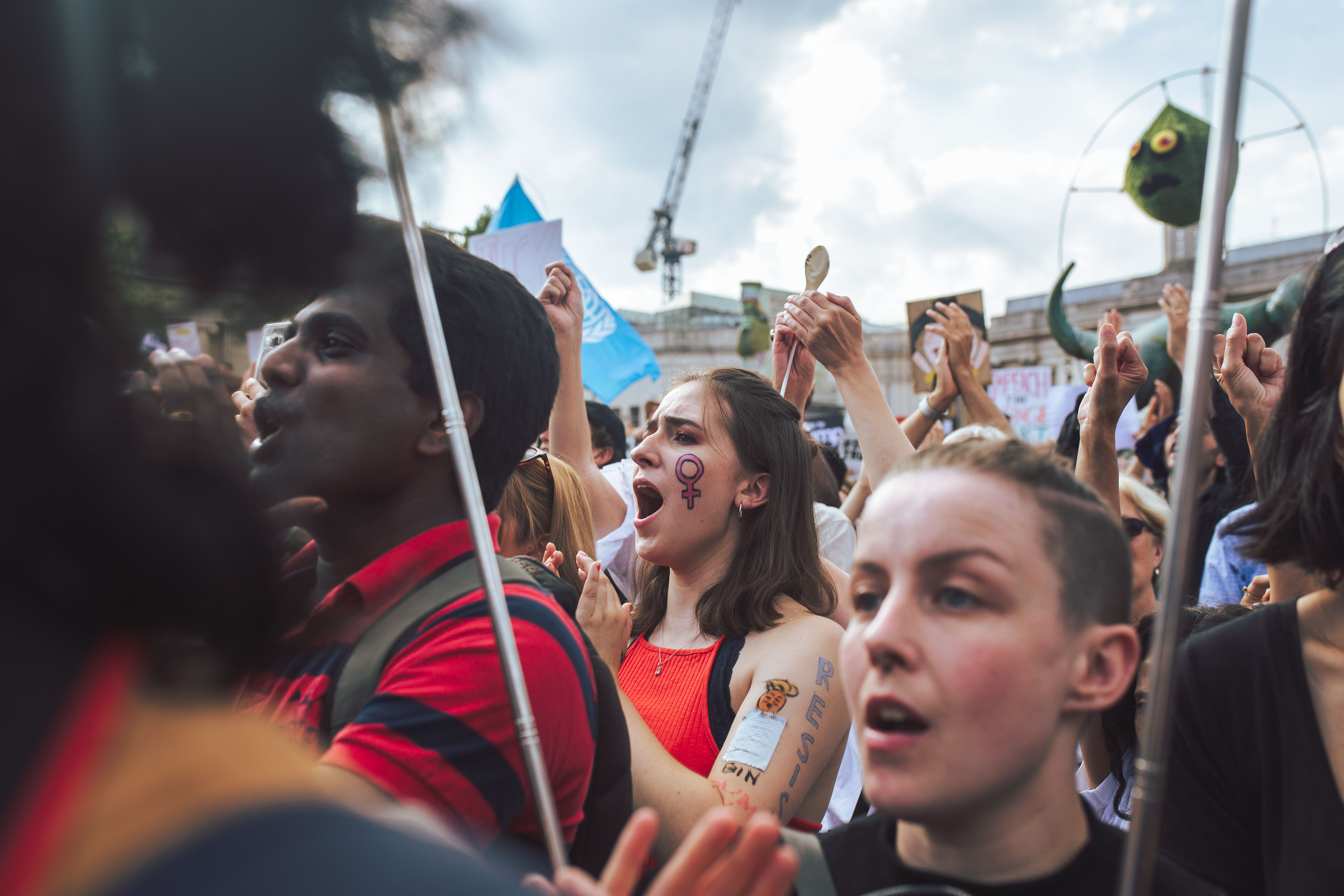 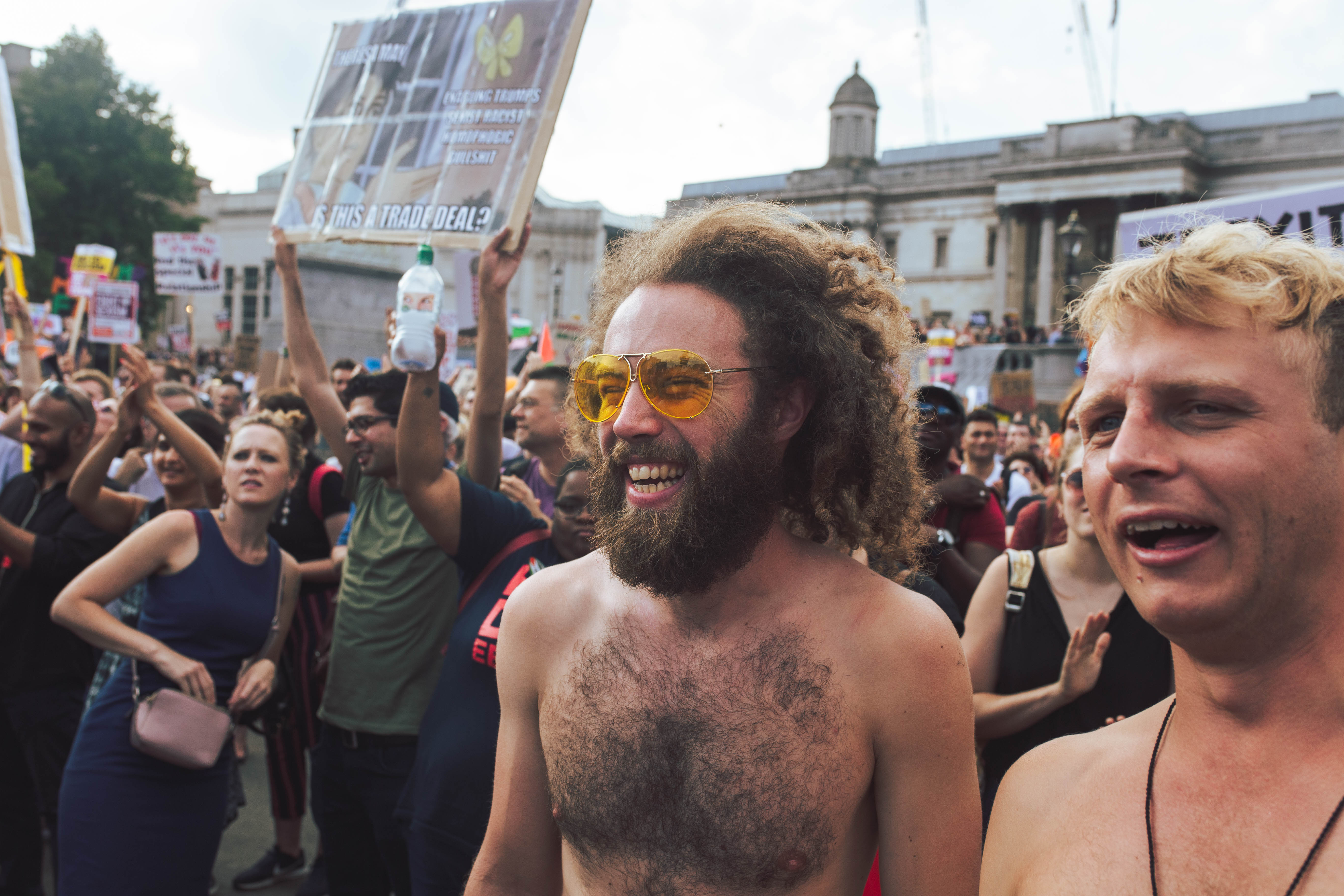 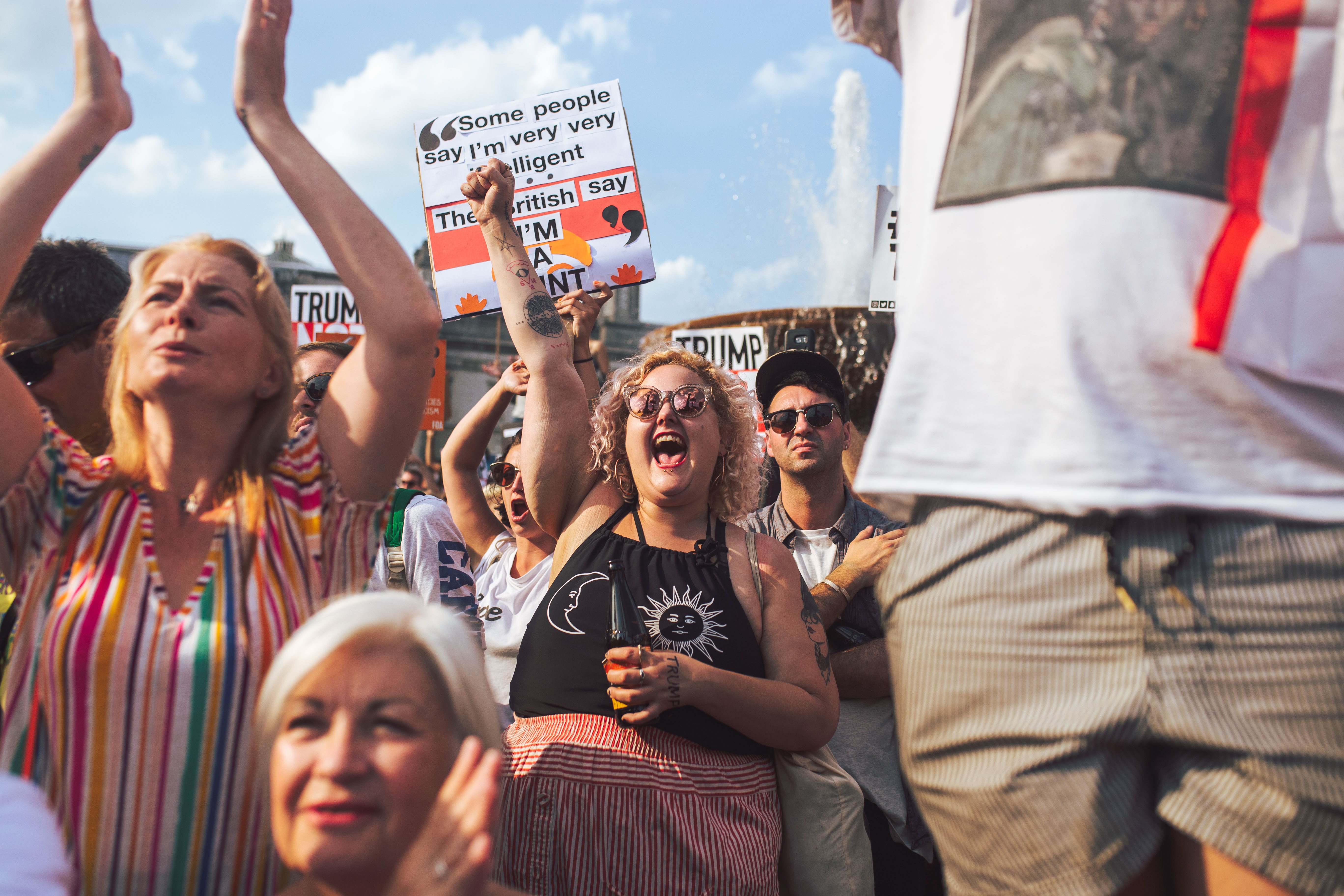 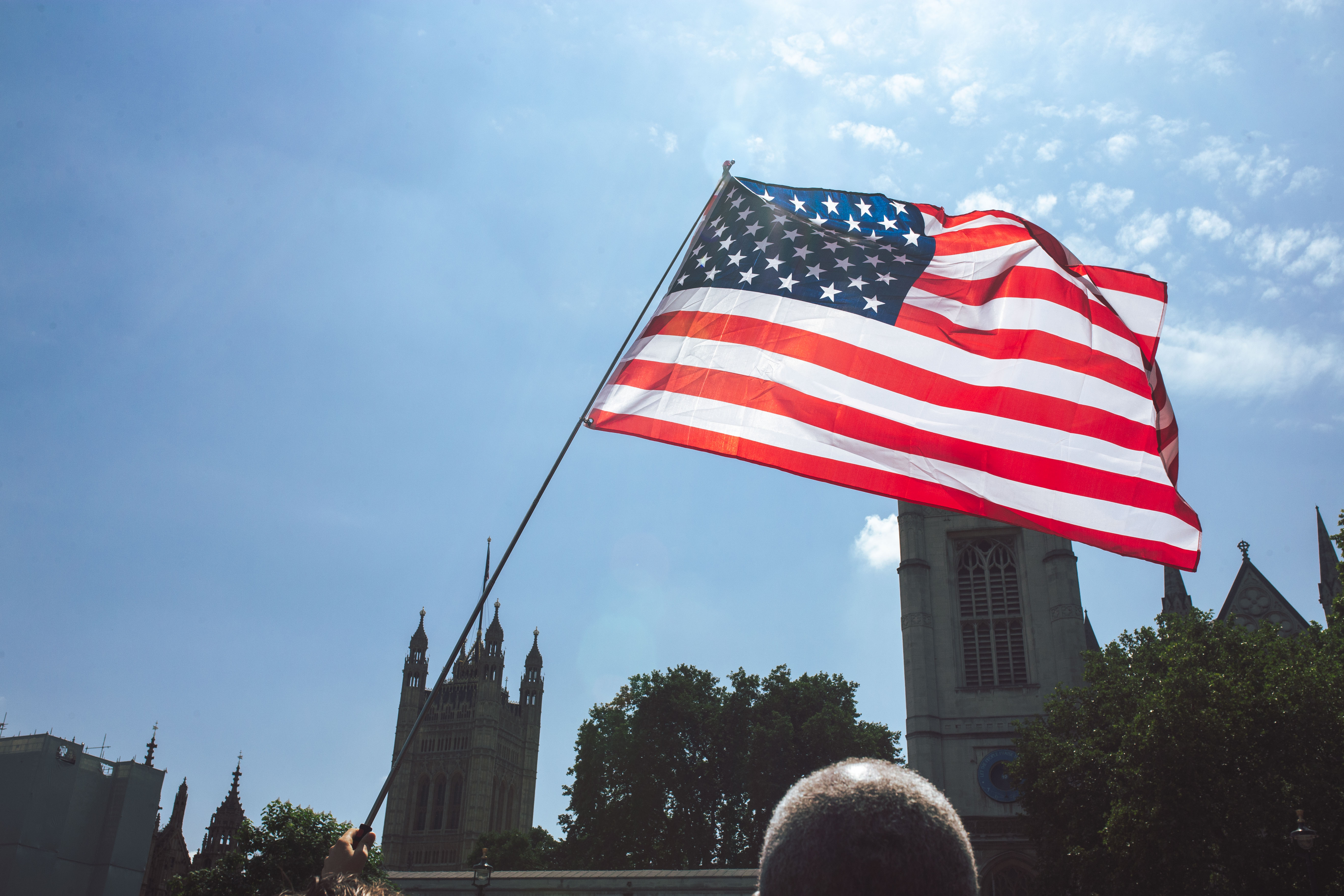 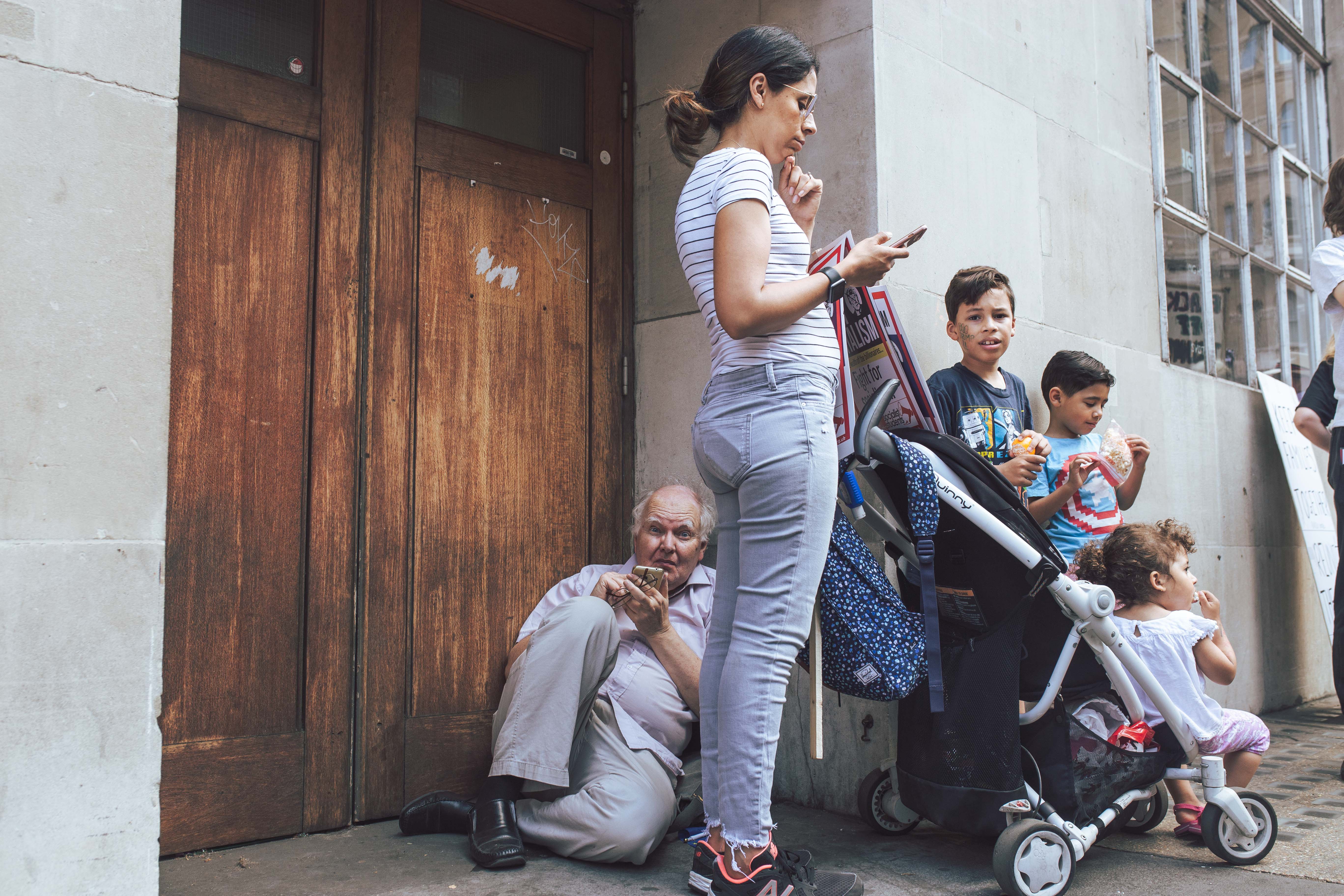 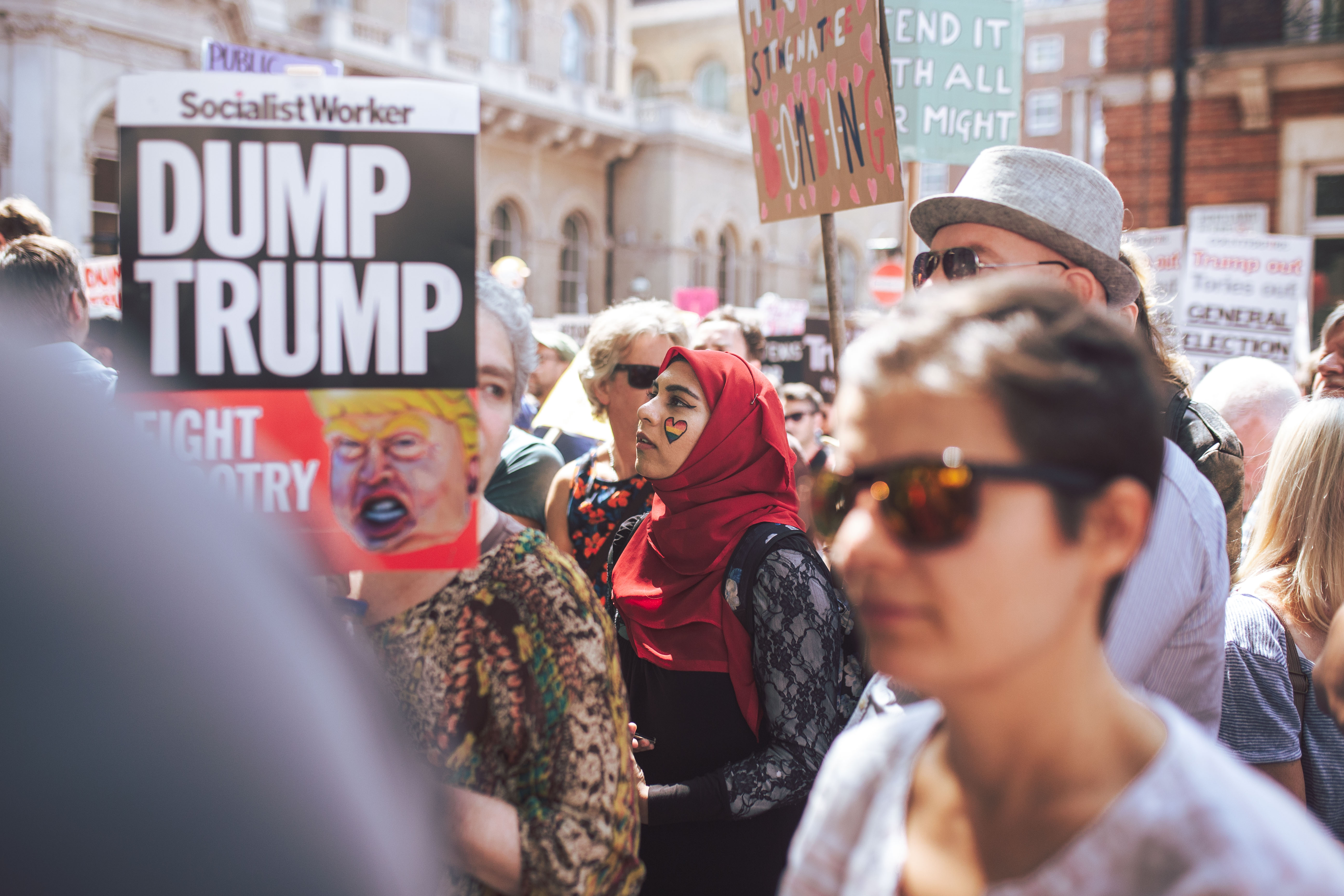 Linkedin
RELATED ARTICLES
OTHER ARTICLES
Photographer David Hoffman recalls documenting the extreme wealth inequality around Tower Hamlets and Hackney int the 1980s.
Photographer Arthur Grace recalls travelling through the Soviet Bloc and finding ways to evade the surveillance of his work.
The singer-songwriter discusses her intimate new project – and the advice she’s picked up across a career as one of rock’s leading voices.
Writers Gracie Mae Bradley and Luke de Noronha take on the callousness of borders, arguing for a world beyond them.
Finland-born photographer Sirkka-Liisa Konttinen looks back on her decades-long documentation of life in Northern England.
A new report has found that the majority of Britains approach trans issues with compassion. It’s about time this was reflected by our media landscape.