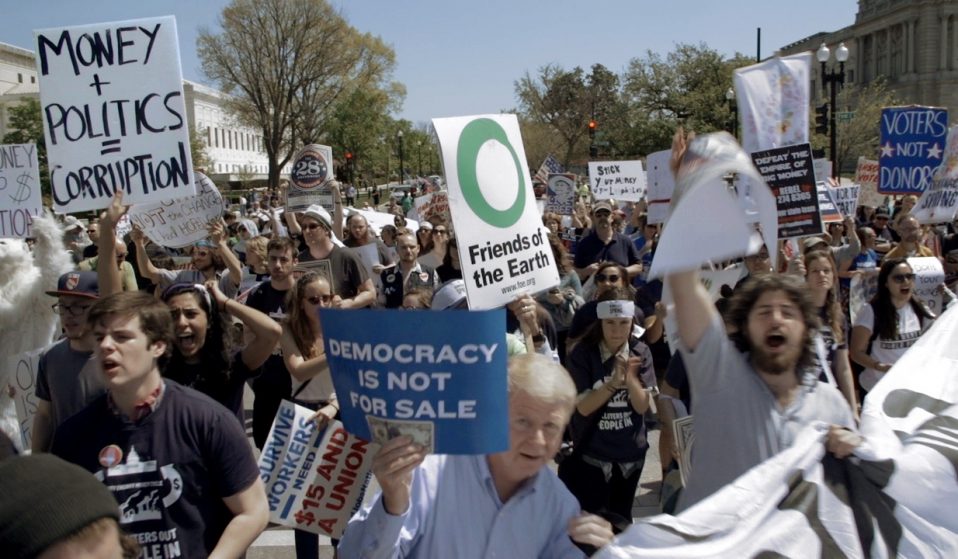 In May this year, documentarian and director Kimberley Reed – whose previous credits include Prodigal Sons and Netflix’s Death And Life Of Marsha P. Johnson – was screening her latest feature, Dark Money, at the Nashville Film Festival.

While she was there, the city was voting on a ballot initiative to invest in much-needed improvements to Nashville’s public transport system. The $5.4 billion transit plan had widespread support from the city’s Mayor, from small businesses, and from Nashville residents alike. However, when the final vote was announced on May 1, the initiative failed overwhelmingly. The city was stunned.

It later transpired that private corporations and out-of-state interest groups had poured unthinkable sums of money into a rival, anti-transit campaign, ultimately swinging the decision in their favour. Reporting from local and national journalists found that the Koch Brothers – conservative oil barons renowned for multi-million dollar donations to anti-environmental, anti-healthcare and anti-welfare initiatives – had sunk money into the campaign anonymously through dark money groups. They were joined by local car dealer Lee Beaman, who felt that improved public transport posed a threat to his businesses and profit margins.

This type of corporate overreach is widespread throughout America. Across the country, anonymous, obscurely named 501(c)(4)s are reshaping US politics through strategic, well-financed influence campaigns. In most cases, unlike in Nashville, the public have no idea who is financing this political activity, what their motives are, or who they’re working with.

And it’s not just America. Reporting from BBC Spotlight suggests that the UK-based Constitutional Research Council made six-figure donations to various causes in support of Vote Leave during the Brexit referendum. On both sides of the pond, ‘dark money’ risks reshaping our politics with greater speed, efficiency and unaccountability than fake news or state-sponsored cyber attacks.

With thoughtfulness, clarity and a meaningful sense of urgency, Reed’s Sundance Grand Jury-nominated Dark Money begins by looking at how dark money groups have influenced the politics of her home state of Montana, before zooming out to consider the macro effects of unbridled campaign donations on the US government as a whole. Dark Money is a gripping and essential watch, that posits the frightening possibility that House Of Cards might not be quite as removed from reality as we would like.

Ahead of the documentary’s broadcast on PBS this October, we spoke to Reed about America’s current political climate, why dark money poses more of a threat than fake news, and what we can do to combat its influence.

Was there a particular moment or story that caught your attention, that prompted you to embark on this investigation?
Hearing about the Citizens United decision, like a lot of Americans I was puzzled by it. I had a lot of questions about how we got to this point. That’s how the fields got seeded, but it just lay there in the back of my mind until late 2011 when I saw that my home state of Montana had a court case that could challenge Citizens United. People were calling it Citizens United II. Having spent so long listening to people commenting on it and fretting about it I started following the case. It’s a complicated issue but terribly, terribly important and I thought following my home state to the Supreme Court seemed like a good way to animate the issue. It put a human face on it. 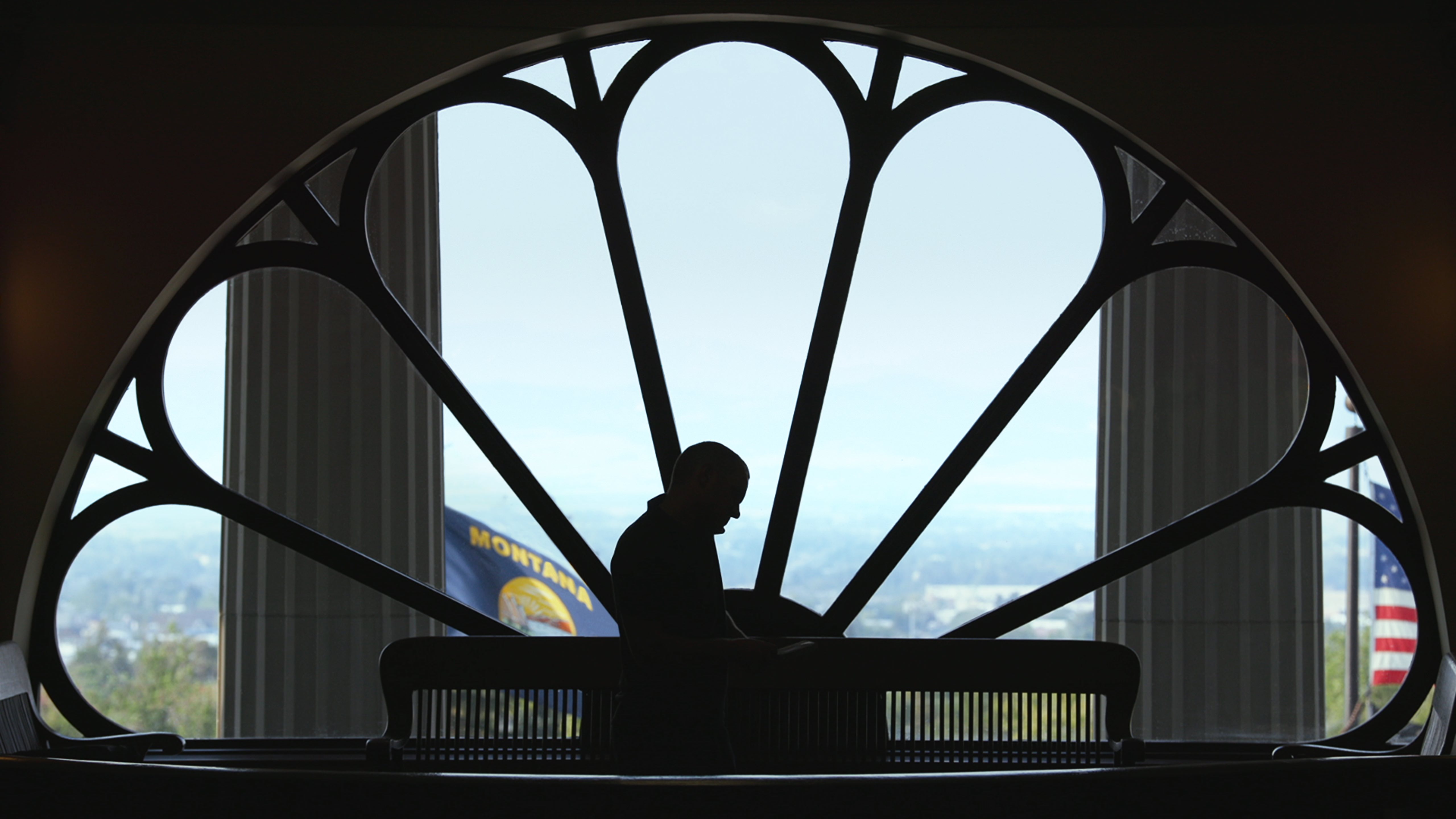 Could you explain what ‘dark money’ is and what the Citizens United case was?
‘Dark money’ is money that’s spent in elections where you don’t know the source of the funding. It’s very simple on its face. The most common vehicle for that type of funding in the US is through what’s called a 501(c)(4) non-profit. Technically, a 501(c)(4) can’t make political campaigning the majority of its activity, but what ends up happening is these groups claim that 49 per cent of their activities are political activities, and then the other 51 per cent is spent ‘educating’ the American public about the same issues they’re campaigning about. 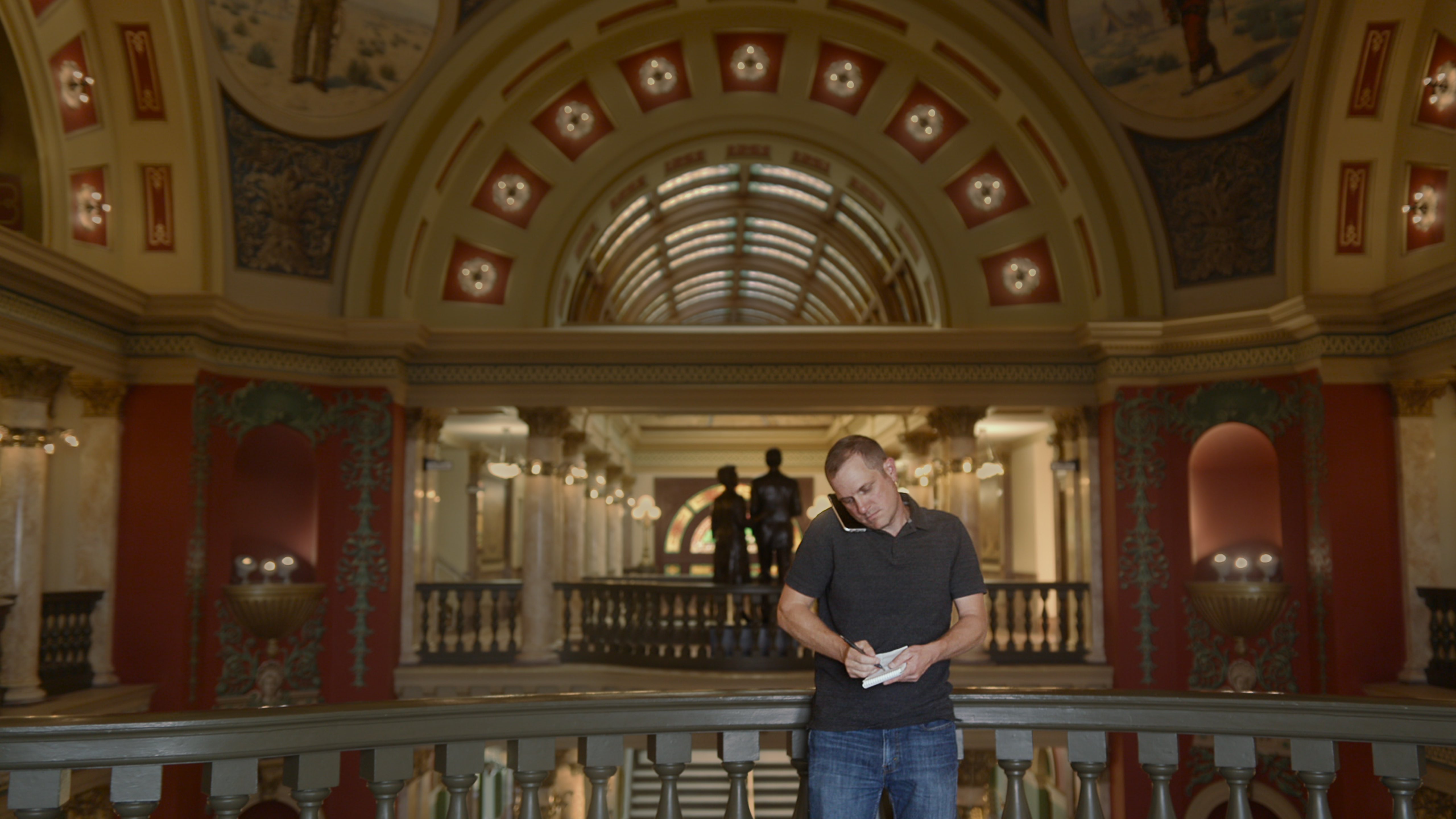 If we accept that corporations have a right to donate to political campaigns, why are such donations allowed to be made anonymously? What right is that protecting?
You get a line of argument which says it’s about smaller government and stripping back regulation, but you also get a free speech argument, one which says forcing people to disclose who they’re giving money to is compelled speech, it violates their free speech rights by removing their anonymity. As a documentary filmmaker who makes use of the first amendment, I find that to be a really interesting debate. It forms part of a wider discussion about whether libel laws and slander laws infringe on a person’s first amendment. Is it ok to yell ‘Fire!’ in a packed theatre? Does preventing that impinge on someone’s first amendment?

We have an election day, every two, or four, or six years, where we’re deciding who is going to get the immense power that our elected offices hold. If there’s one moment where we need to make sure free speech is protected from corruption, it’s during elections. We need to know who is speaking in our elections, what their motivations are, what their profit motives are. This is not a new argument – this is how democracy works. It’s very simple. We all know there’s always been money in politics but this move towards anonymous money in politics is quite new and, I think, quite damaging. As for our current political situation, we can see what happens when you put a lot of power into the hands of somebody who doesn’t feel as though they’re accountable. 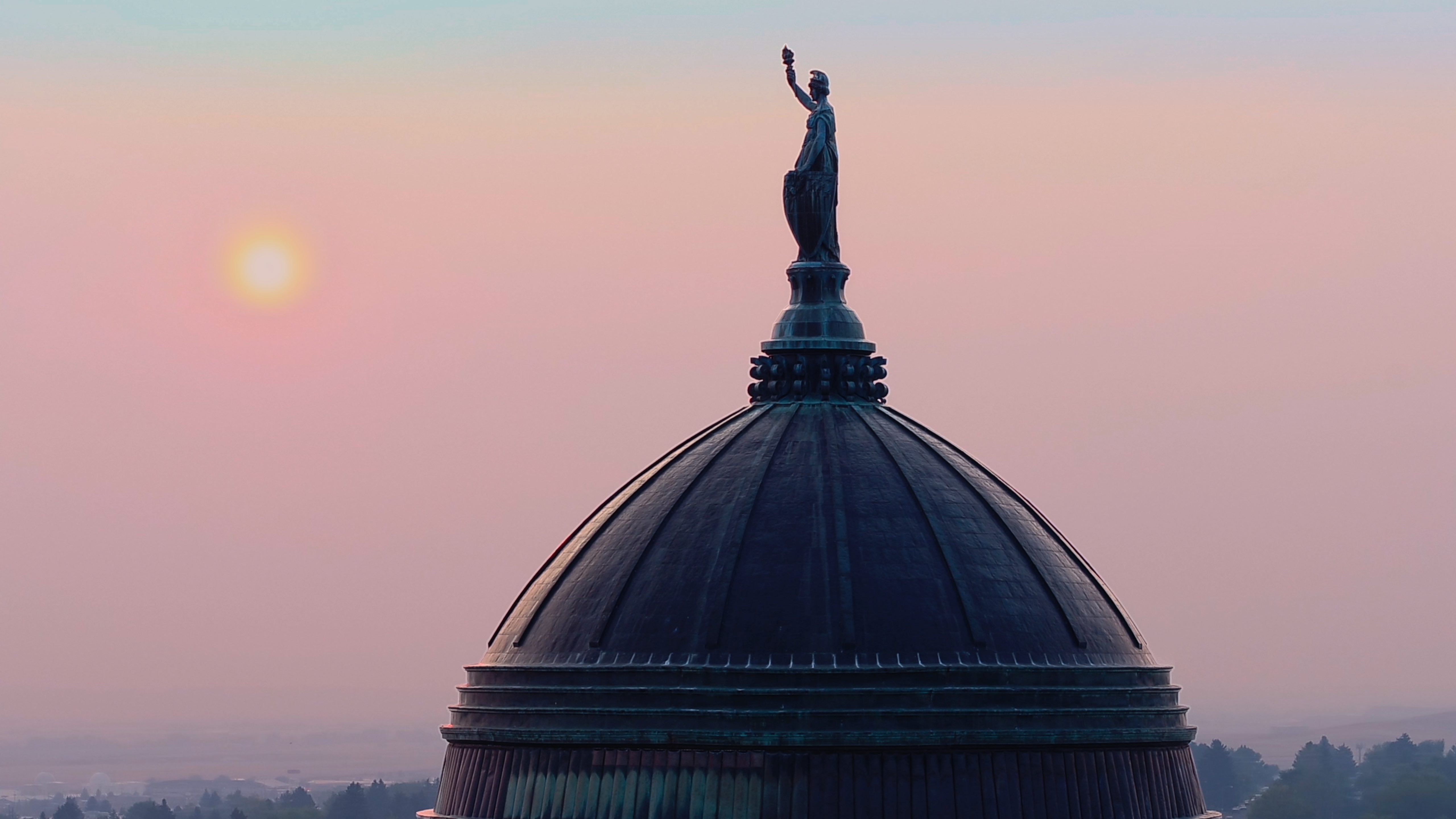 There’s been a lot of discussion of fake news, but less interest in dark money groups. Why is that? Dark money seems to be distorting elections just as significantly.
Absolutely – and what’s the key difference there? The people charged with reforming the system have been elected by that system. For the majority of the time I was working on this film, I thought it was going to be about convincing the political left not to weaponise dark money in the same way that it’s been weaponised on the right. Things turned out differently. The film has ended up being much more bipartisan.

Both Democrats and Republicans both benefit from dark money – I don’t want to create a false equivalence because it’s been weaponised by the right to a much greater degree, especially when you talk about Federal races. But you know, there’s still that basic thesis of the film that having this amount of money in politics, regardless of where its coming from, is something that needs to be sorted out. 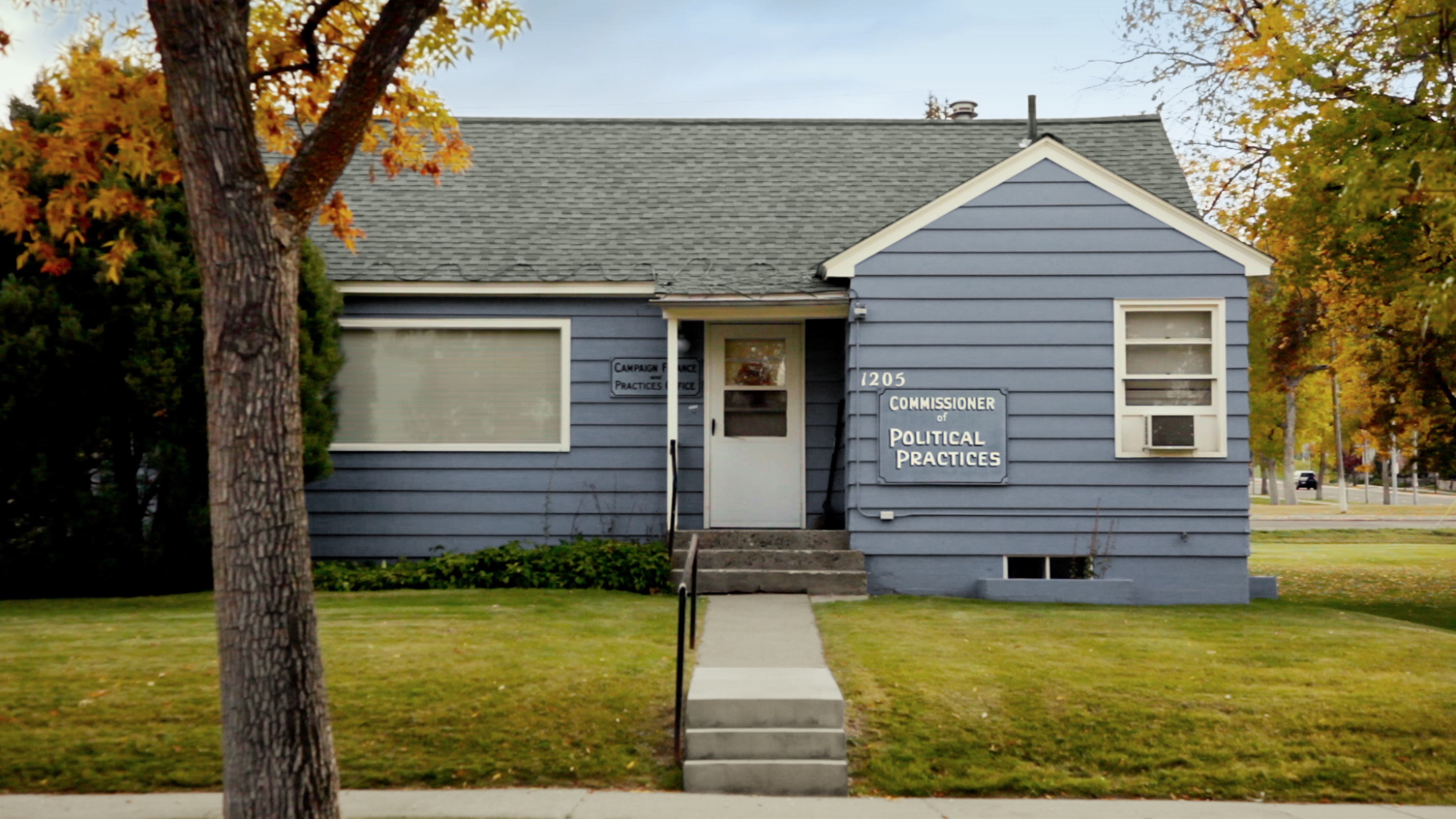 Can international corporations make anonymous donations too? If the US government manages to prevent Russian interference in the elections, could, in theory, a Russian corporation simply flood an election with money instead? Wouldn’t that give them just as significant an influence over the outcome?
I’m going to pull the foreign aspect out of it for a second – this is essentially a system of legalised bribery. If you make donations anonymously, probably the only person who knows where the money is coming from is the candidate. The influence is there, that corruption is there, that financial leverage is there and is profound, but it’s all done so in a way that’s technically legal.

Now, let’s put the foreign part of that back into the equation, because it’s always illegal to have foreign influence in an election, foreign contributions are banned. If it’s anonymous who knows if it’s foreign or not? I have a lot of questions, I don’t have any answers for you. Here’s one of the reasons why I have questions – the largest outside group that donated to the Trump campaign, was the NRA. It looks like they gave between $31 million and $36 million. They gave three times as much to Trump – a guy who has never owned a gun, who lives in the middle of New York City – as they did to any other Republican candidate. Why? We know that there are connections between Russians and the NRA in the form of Maria Butina, right now the money we can track is very small. So where has the rest of that money come from? I don’t know. I think we should know. That’s a really important question that we shouldn’t be having to wonder about. 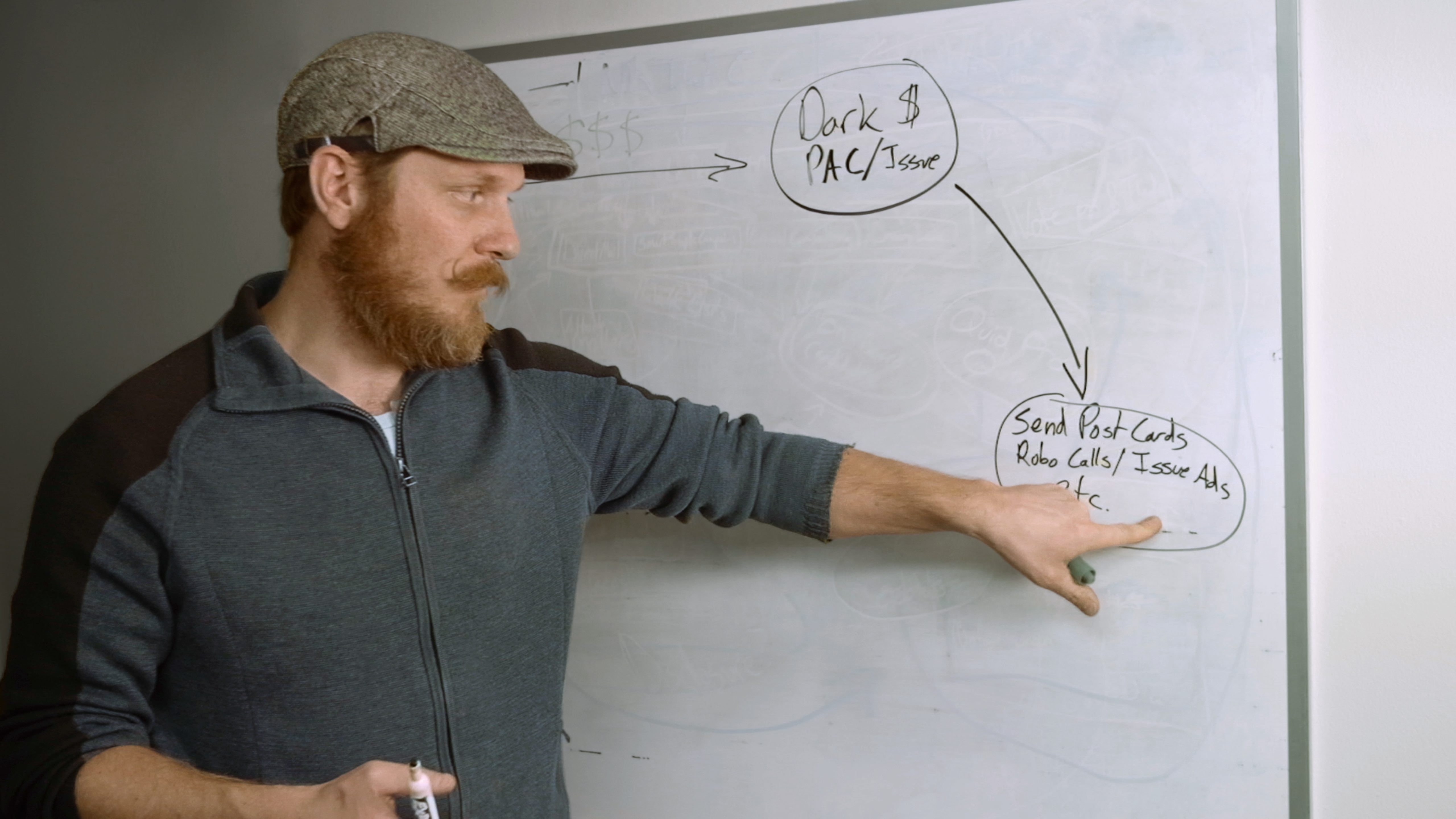 Is there an argument to be made that it balances out in the end?
Well, it certainly doesn’t balance out between right and left, but the more important balancing act that needs to be considered is between the will of the people and the control of corporations. That’s democracy 101 stuff.

What do you hope this film inspires in people?
This sounds a bit corny, but I just want people to get involved, even at a local level – on a school board, at a city council, as a county commissioner. Those are the meat and potato political issues that are really important to us.

I would also point to another hopeful parallel – marriage equality passed in the states in a way that moved very rapidly at the end. It hit a tipping point after which it moved with shocking speed. That happened because there were years of grassroots, political involvement from people in one city council after the next issuing proclamations saying we are a safe city. That spread for years, building a framework that tumbled into acceptance remarkably quickly. Since Citizens United, 75 per cent – 80 per cent of the American public says ‘this is broken, the way we try to finance campaigns is wrong, we need to fix it.’ I find it hard to believe that with such widespread support we’re not going to be able to find reform a the federal level eventually.

Learn more about Dark Money on its official website.

Linkedin
RELATED ARTICLES
OTHER ARTICLES
Ahead of the release of their first collaborative album, the producer and rapper talk psychedelics and the state of UK hip hop.
A 37-year-old woman shares how her abortion led her to become a clinic worker, and the abuse she’s received in that role.
Photographer David Corio’s archive offers a glimpse inside a revolutionary era of music and nightlife.
With skyrocketing rents, packed out viewings, bidding wars and more, renting in London has never been harder.
Financial turmoil is pushing people who work in the sex industry into more dangerous and desperate situations as a means of survival.
Birdy Chu reflects on documenting the historic moment in which the territory was formally passed back from the UK to China.