News & Politics / Activism / For us, by us: Why volunteering abroad must be led by local youth 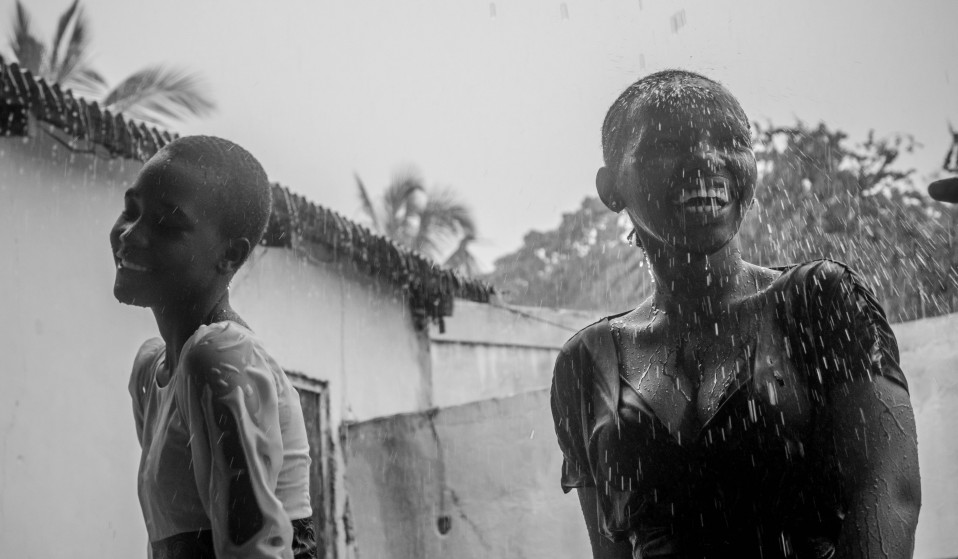 Young people around the world don’t need Madonna or empty promises from politicians - they can fix their own problems when local and international youth work together.

Young people around the world don’t need Madonna or empty promises from politicians - they can fix their own problems when local and international youth work together.

If you’ve ever thought about development or volunteering abroad, you probably know that climate change, poverty and inequality hit young people hardest. What unites young people across the globe is that the powers that be rarely give us a say.

There are 1.8 billion of us on this planet, but when two out of three countries didn’t even bother to consult young people in putting together national responses to the United Nation’s most important global plans for the future, is it any surprise our needs are so often ignored?

The celebrity saviours of this world, like Brangelina or Madonna, can pose for photos with African children all they like and politicians can endlessly promise to ‘invest more in the future’, but until the force of those 1.8 billion young people is involved in the process, nothing meaningful is going to change.

Tanzania in East Africa is a typical example of a country where support for young people too often loses out to other priorities. “There is very little government awareness about young people in Tanzania,” explains Reinfrid Salama, from Morogoro in Eastern Tanzania. “One of the biggest challenges for young people is unemployment. We finish school or university but there’s not enough support to find a job. Young people gain their certificates and qualifications but many are left to roam the streets because it’s so difficult to find work.” 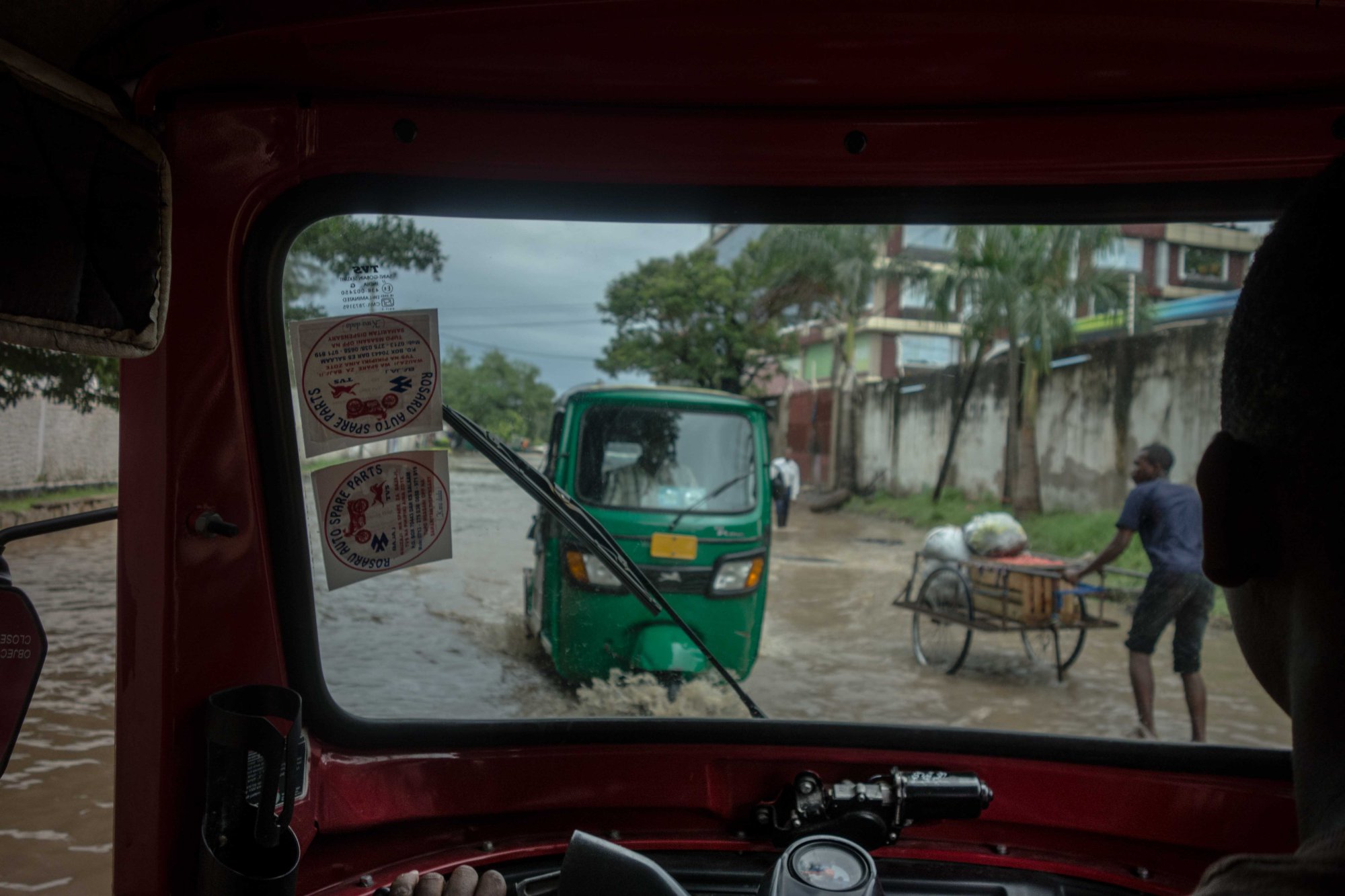 Like many other young Tanzanians, after Reinfrid finished university he was left in a frustrating limbo, with few opportunities to get a job. Without family connections or government support to bridge the gap from education to employment, his degree seemed useless. He felt a paralysing sense of powerlessness to change things for himself or those around him.

“Young people care about what’s happening and are motivated to make change,” Reinfrid says. “But there’s a need for projects that bring young people together, help them understand themselves and allow them to make a contribution. Otherwise it’s too easy for them to lose their way and get into drug abuse or crime, which are big problems for young people here.”

Reinfrid was unsure where to go next, until he discovered the International Citizen Service (ICS) programme, funded by the UK Government and delivered locally by Restless Development, a youth-led development agency. ICS is a 10-12 week programme that operates in a number of countries around the world, from Tanzania to India and Zimbabwe. It partners international and national volunteers to identify issues that affect young people like themselves and develop projects together to address them. 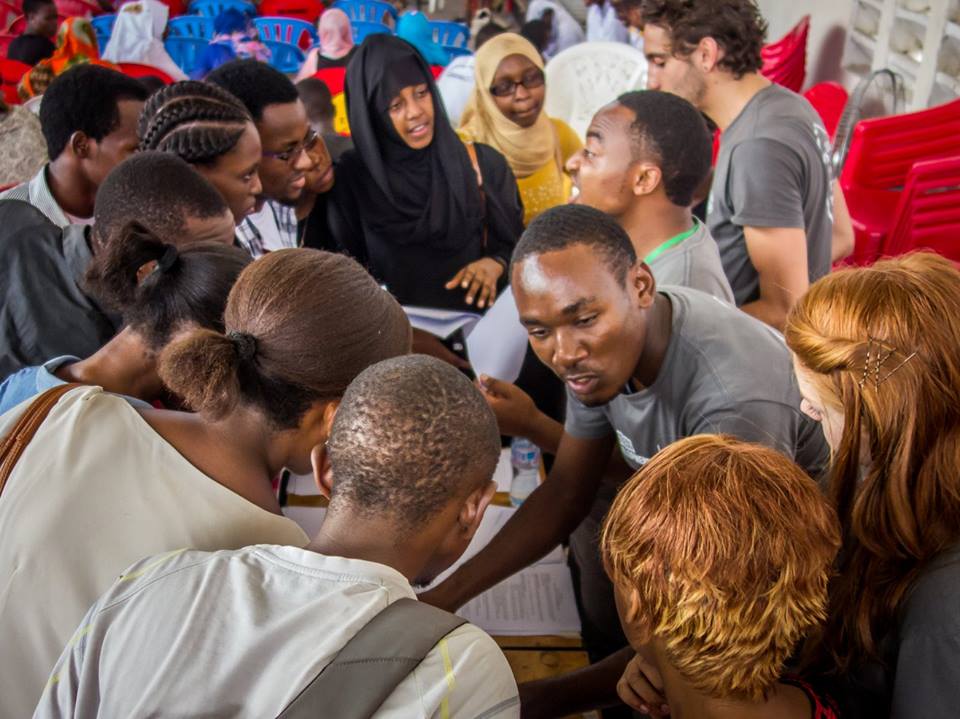 Like Reinfrid, Becky Mursell from Horsham in the UK had recently graduated and after falling into a dead end job she hated, was also looking to do something more constructive. “I looked at volunteering because I enjoy travelling and experiencing different cultures,” Becky says. “But I was conscious of making an impact, so I was skeptical of a lot of the ‘voluntourism’ companies out there. Most are built around the experience for the volunteer, rather than the local community. I wanted to do more than just come back with pictures like, ‘Look, I built a toilet.’”

Young people need to be included in development, but parachuting in rich Western kids looking for a gap year experience isn’t a solution. If you’re volunteering for a few days between a surf trip and going on safari, to grab some Instagram snaps with cute orphans, then your ‘heartfelt commitment to changing the world’ is no more useful than the empty promises of politicians.

Foreign NGO workers and ‘voluntourists’ have become notorious in some parts of the world for their arrogance, ignorance, and the infamous White Saviour Complex (a patronising, ‘we have all the answers’ approach) – which not only leads to failed projects, but annoys local people. Both Becky and Reinfrid recognised that Restless Development was different. Young people choose the projects that matter to them, which in Tanzania include sexual health, civic participation, and business and employment skills – which was of particular interest to Reinfrid.

Becky and Reinfrid worked together with their team of national and international volunteers to develop a series of workshops to give Tanzanian students the skills they needed to help them make the jump from university to employment. Coming from other young people, students found it easier to relate to the sessions – but without the insight from the Tanzanian volunteers, it wouldn’t have worked, Becky explains.

“They know how the system works, because they’ve actually done it,” she says. “Lots of development projects have a ‘White Saviour’ feel to them, and that impacts on how local people see the information they’re getting. But the fact that Tanzanian volunteers were leading the project was significant and meaningful, because students were more engaged.”

Local knowledge is key to really making an impact, explains rapper and social entrepreneur Octopizzo, from Africa’s largest informal settlement, Kibera in Kenya, whose Foundation works to help underprivileged young people fulfil their potential. “Outsiders lack of understanding the community has caused a lot of problems,” he says. “People need to do their research and get to know the culture. The difference between many foreign-led projects and local ones is that local people have their feet on the ground, they understand how to get things done.”

Assessing the impact of development projects is difficult, especially in the short-term. But for Becky, the focus on creating real change through working with local young people, rather than the experience for international volunteers, meant both sides got the greatest benefit. “It was empowering to see what young people working together can achieve,” she says. “And a programme that isn’t so self-indulgent was actually more fulfilling.” 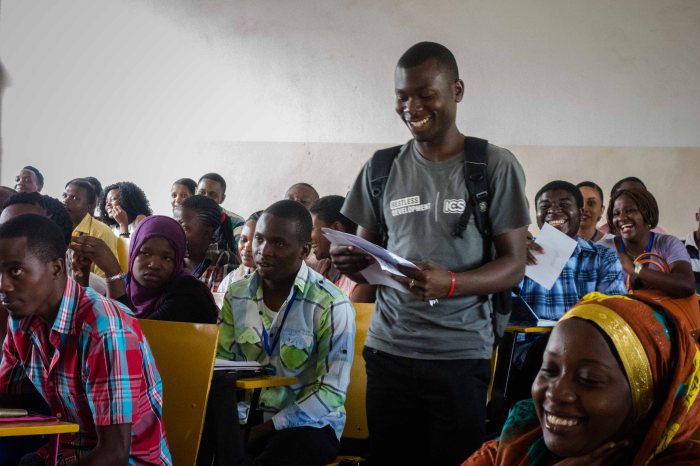 Reinfrid delivering a lecture at a university in Dar es Salaam

In hindsight, Reinfrid also feels the project made a huge impact on him. He overcame his shyness of public speaking to become one of the most confident teachers of the university workshops and eventually founded his own agro-tech business back in Morogoro.

“The Restless Development project gave me a lot of knowledge and helped me understand myself as a young man,” Reinfrid explains. “I started from zero, but thanks to the confidence I gained during the project, I went on to set up my own small business. It helped me on a personal level, but it also gave me the courage to play a role in solving issues that affect the village or even the nation.”

Linkedin
RELATED ARTICLES
OTHER ARTICLES
A new law change is enabling Britain’s donor-conceived children to know the truth about their origins – but campaigners say the fertility industry must do more to protect people.
A new podcast is opening up the conversation between trans women and trans amorous men in the hope of building coalitions.
Following the release of his debut single, Deyaz talks battling addiction, dealing with his struggles through music, and building a budding music career from his living room.
A new film from Berghaus traces the story of Adam Raja, who left behind a turbulent upbringing to discover the healing power of climbing.
Activists and campaigners are fighting back against new laws that would seriously undermine the ability to take industrial action, calling it an attack on fundamental workers' rights.
Tristan O’Neill’s shots of dancers caught in moments of reverie at the height of rave’s golden age are a testament to the UK’s legendary club culture.