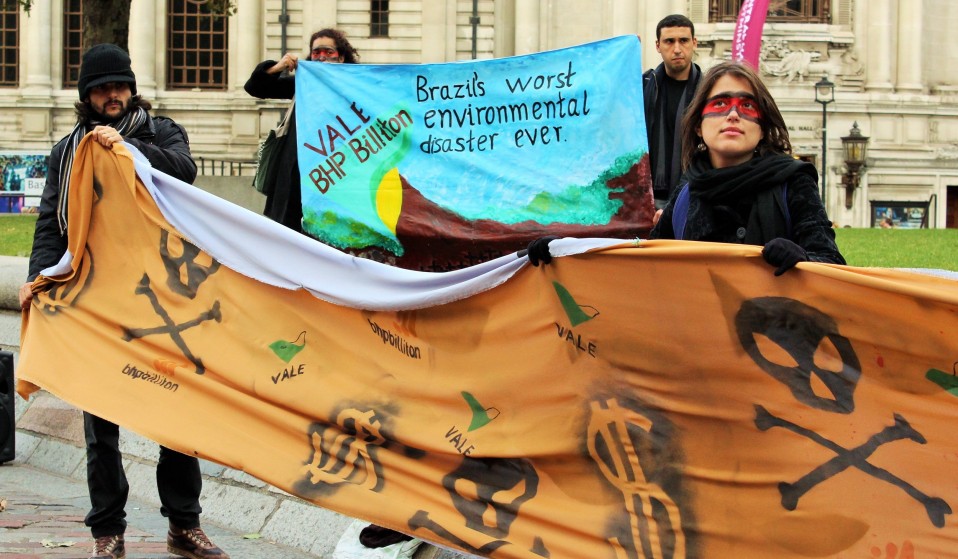 When the Fundao dam collapsed in Brazil’s Minas Gerais region in November last year, nobody could predict how disastrous its effects would be.

As a tidal wave of sludgy mining waste from the Samarco mining operation swept through the region, it devastated all that sat in its path, killing fish and aquatic life the length of the River Doce, until it hit the sea more than 600km away. At least 19 people were killed, 700 left homeless, and vast swathes of agricultural land and river polluted.

In June 2016, a Brazilian federal police investigation concluded the company knew the dam was at risk, was not properly monitored, and recommended charging against eight people.

A year after the disaster, the local community is still asking for answers from Samarco – a joint venture between the largest mining corporation in the world, BHP Billiton, and the Brazilian firm Vale.

Brazilians affected by the disaster arrived in London today to demand accountability from BHP Billiton at their Annual General Meeting, asking for communities to be given a real say in the reconstruction efforts. 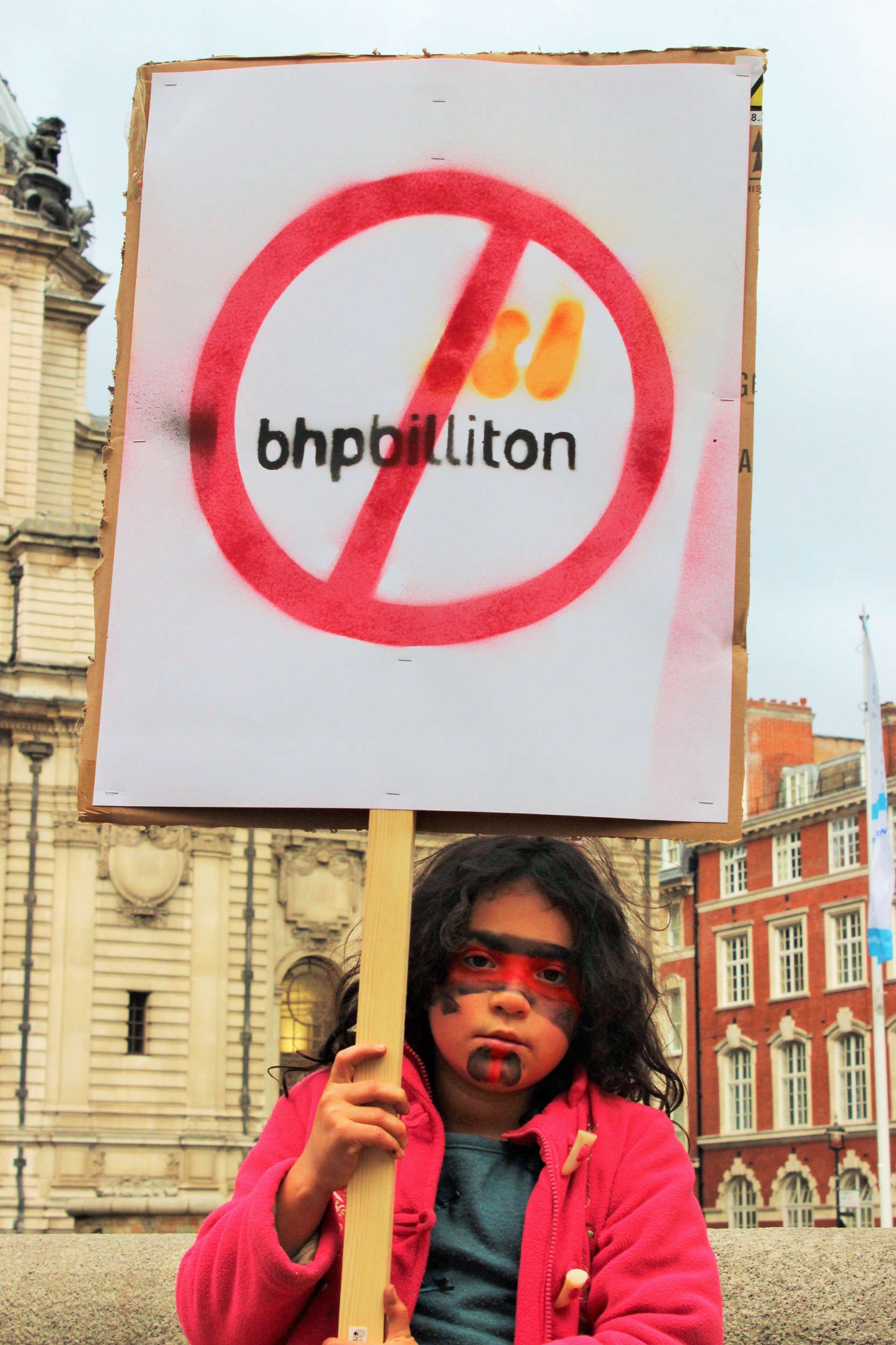 Maria do Carmo Dangelo, a farmer from Paracatu in Minas Gerais

“After the dam broke, we were forced out of our house by the wave of mud. Luckily, a friend from Mariana (the nearby city) had called to warn us what was coming, otherwise nobody in the village would have know. The noise was incredible. The mud was knocking down tress, bridges and houses.

“We were absolutely terrified. I had to grab my parents from their house across the street and carry my three-year-old son, who had pneumonia at the time. By the time I got everyone together, the mud was already at my front door so we had to take the back door to escape to higher ground.

“We’re still living in temporary accommodation in another rural town nearby. All the people who thought they were free living in the countryside are now living in towns and they feel imprisoned. We get help from some of the social movements and the public prosecutor intervened to ensure that we receive payments equal to the minimum salary, but I’m skeptical about the recovery process. There is still so much mining waste where it was and another dam whose state we don’t know. Our village, Paracatu, is completely destroyed and the way things are going, I don’t think we will ever be able to return.” 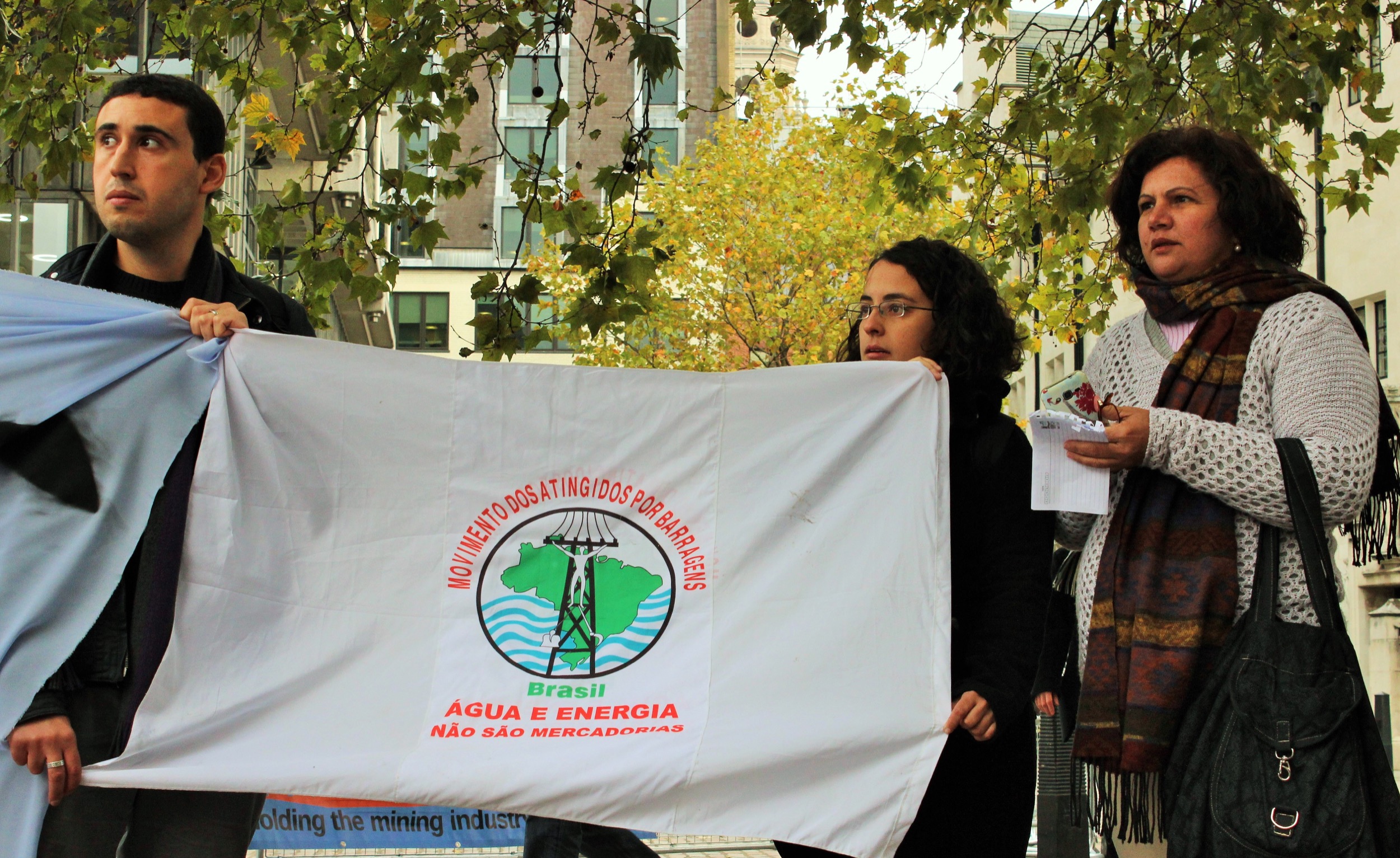 Leticia Oliveira from the Movement of People Affected by Dams (MAB)

“Our social movement has been working with people affected by dams in the area for a while, mainly the huge Belo Horizonte project, but were also active in the area of the Samarco disaster before it occurred.

“The morning after the disaster we were in Mariana, the main city in the affected region, to have meetings and coordinate relief for people’s immediate needs. In the aftermath, they needed housing, clothes and wanted to know what was going happen to the people affected.

“After their immediate needs were taken care of, we started working to organise people to make a political response. We’re concerned that local people don’t have enough say in the reconstruction process. We’re in London to pressure BHP to involve the communities in the process and make sure they are consulted at every stage.” 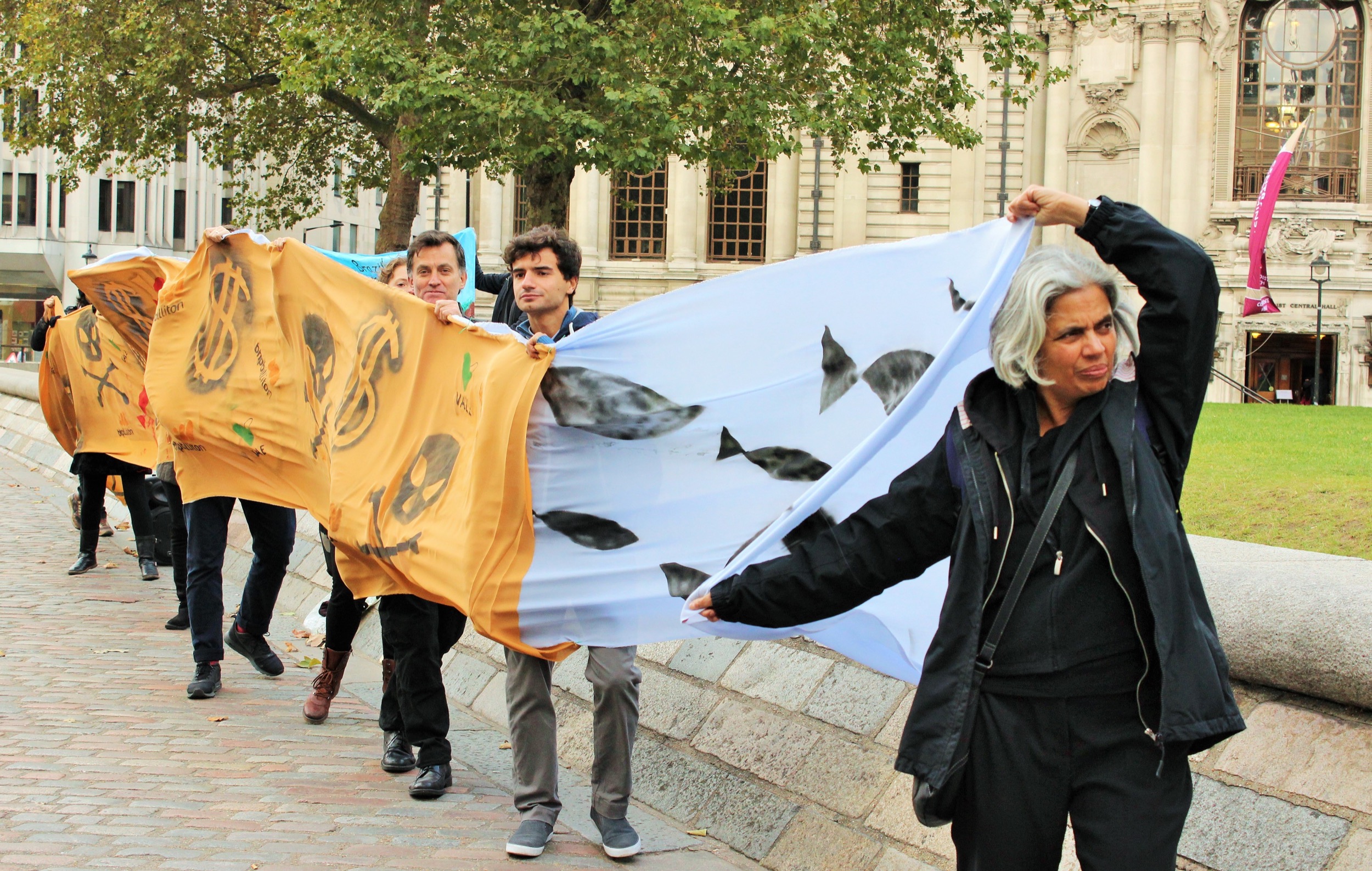 Rodrigo de Castro Amédée Péret, a Franciscan Friar who has been coordinating community responses to the disaster

“You can’t imagine the destruction. The tidal wave of mud was 18 metres high and carried up to 40m cubic meters of mining waste through the region, destroying all the flora and fauna. Maria and others were 70km away and they couldn’t understand how it could affect them, but the mud arrived at their homes in just four hours. Just imagine the speed.

“Rural people were taken to the cities, housed in gyms at first, then put into hotels after a few days, before the local attorney said company had to rent properties for them. These are people who have spent their whole lives in the countryside and are now forced to live in the cities, so there’s huge psychological distress that continues to this day.

“The criteria for who is and who isn’t affected by the disaster, and who deserves support, came from the company itself. So, you perpetrate a disaster and now you’re the ones who are going to decide who was affected by it? The affected person has to prove that they have lost income or their home, for example, and the form is long and confusing. The process recognises those who own property, but the people who were working in the area are struggling to get compensation.

“Affected communities are not being consulted sufficiently over the reconstruction efforts. They are have no decision-making power in Fundacion Renova, the body set up by the company to manage the reconstruction. We’re now involved in a struggle against the new dyke they want to build that will cover the first village struck, Bento Rodrigues. Scholars suggest it won’t be sufficient to hold back the waste, which is still leaking and contaminating the river. We’re protest against this logic: you commit a crime, you control the crime scene and you manage the process afterwards. When you commit a crime, you’re not supposed to say what happens to your victim. You have to be sentenced and pay for what you did.”

Linkedin
RELATED ARTICLES
OTHER ARTICLES
A week of delays and incompetence over a contentious video has thrown Starmer’s commitment to LGBTQ+ rights into question. Can the Labour leader ever win back the community’s trust?
Despite their continued marginalisation, indigenous languages survive – and some speakers are proudly sharing their tongues online, showing their followers the value in an ancient way of communicating.
Photographer Samuel Cueto recalls photographing fringe communities in Bangkok, Phuket and Pattaya over several years, where he encountered gang members living on the margins of society.
Photographer Owen Harvey discusses his project spotlighting young anti-fascist skinheads, who are countering the dominant narrative around a widely misunderstood subculture.
New figures from the police monitoring group Netpol reporting dozens of injuries to protestors across just three demos prove why we must fight against the Government’s policing bill.
The Umm al-Fahm protest movement is taking a stand against Israeli police for their discriminatory tactics and for abetting a rise in organised crime within the community.