When director Rowan Pybus was commissioned to make a film in Democratic Republic of Congo’s capital of Kinshasa, he found a vibrant city marred by child poverty. His virtual reality film reveals the inspirational radio project seeking to change the way homeless youth in the city’s slums are seen.

As with many stories about Africa, focus on Kinshasa – the Democratic Republic of Congo’s capital city – often falls on the poverty which affects thousands of street children there.

But in this case, the city’s homeless crisis is also a locus of inspiring change, with the story being rewritten by its very own teens. 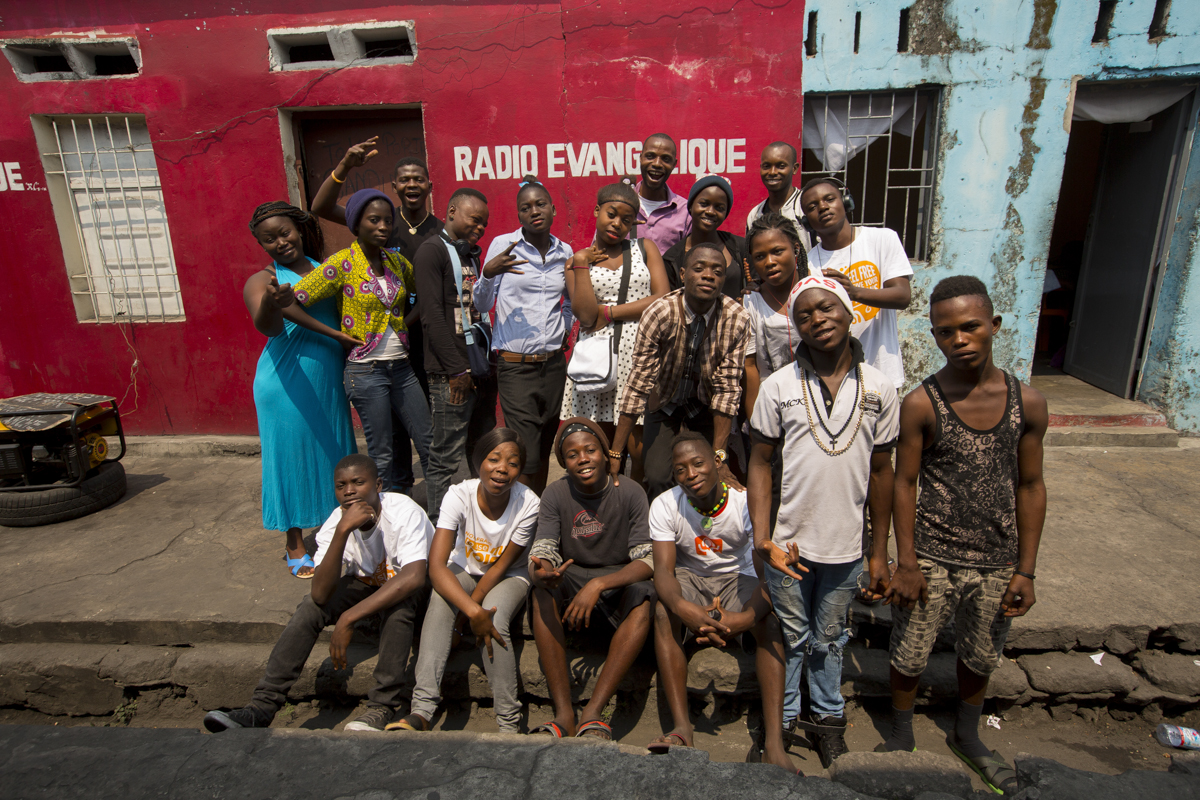 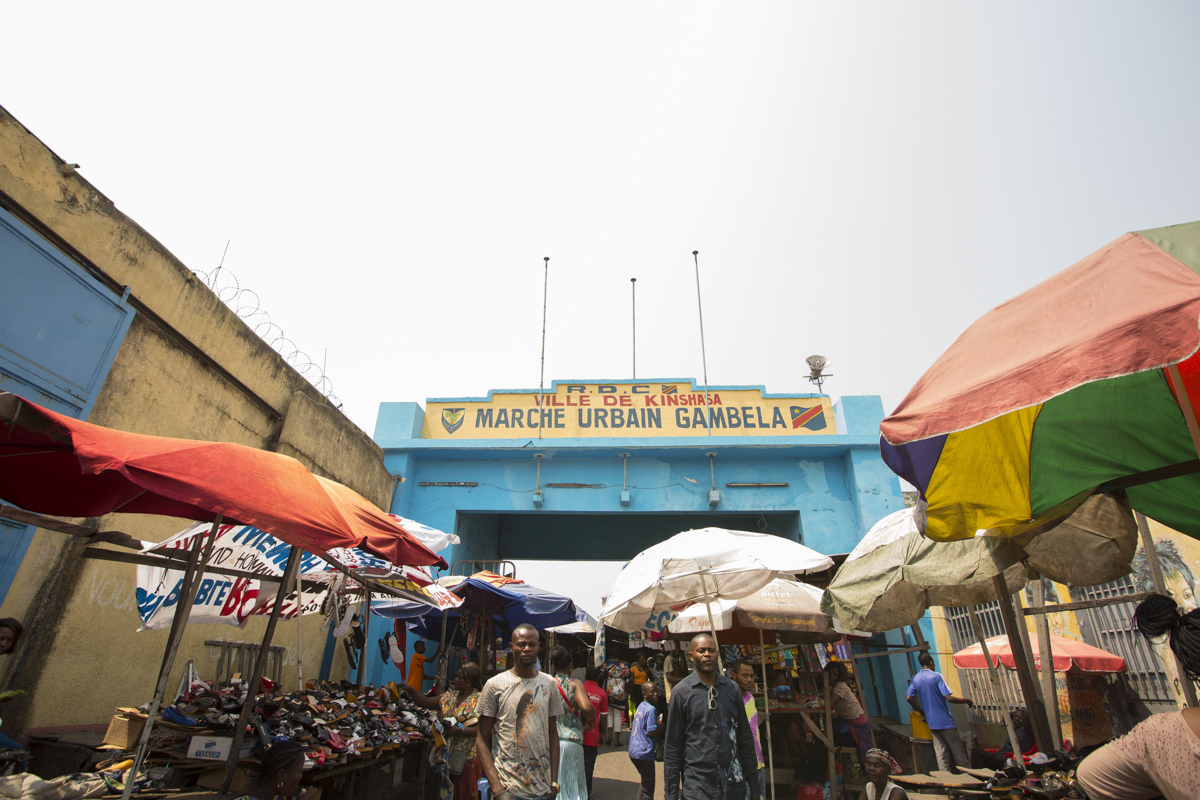 Back in 2011, the Children’s Radio Foundation, a non-profit organisation using radio to empower youth across Africa,  launched their Voice of a Child project. It’s a radio station run by 30 young people in the city, giving a voice to children and teens in a community that until then had refused to listen.

The project’s co-ordinator Bob Yala, a former journalist in the country, joined Voice of a Child when he realised that other charities in the area did not understand the intricacies of this phenomenon. “In extreme poverty religious sects give people hope”, Bob tells me. “Yet there are many charlatans in these sects, and pastors persuade families to drive their children away. It’s a heart wrenching situation.”

“There is no real engagement from other NGOs,” he continues. “They don’t truly understand the problems on the streets.” 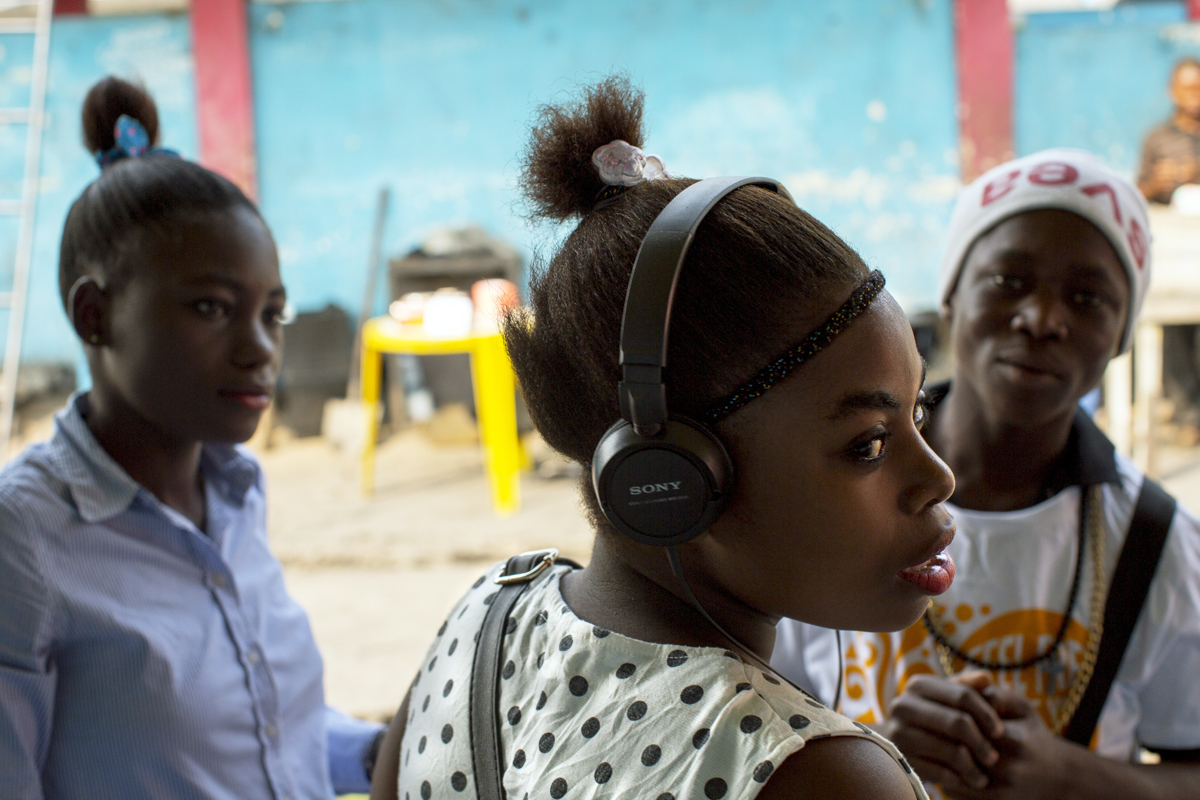 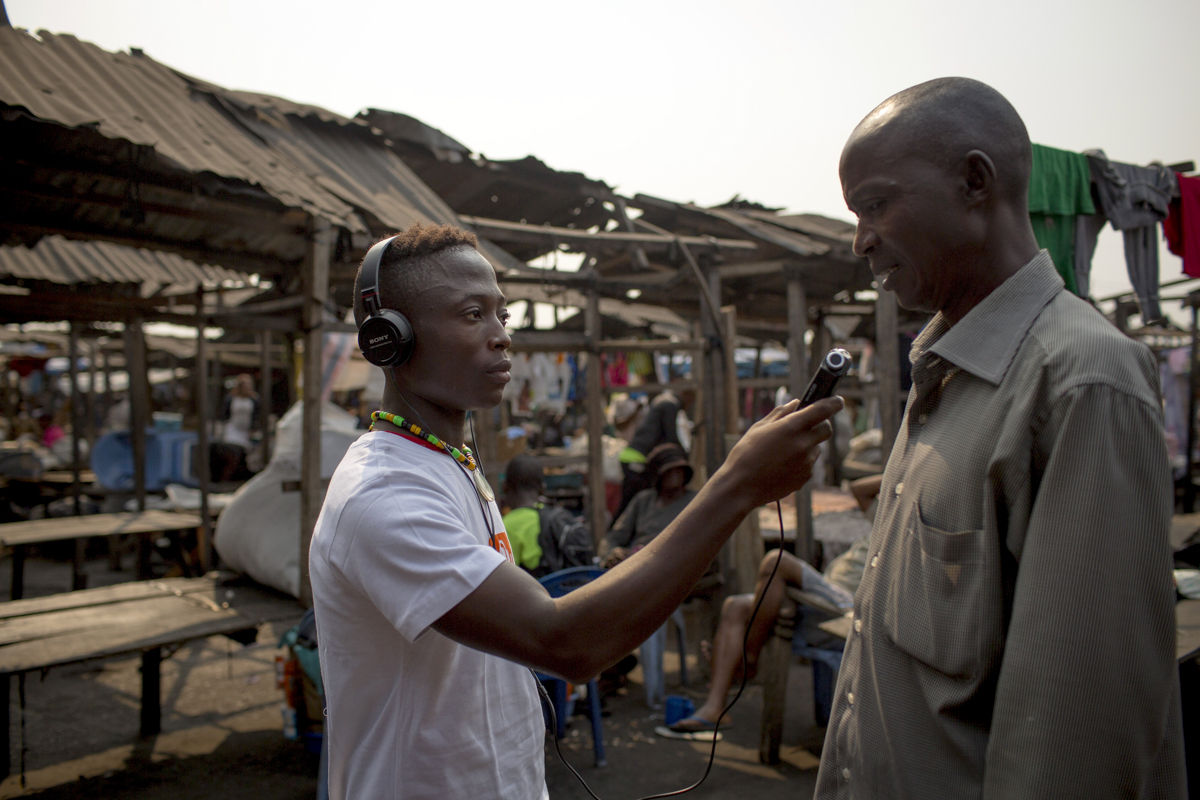 Even though only 30 of the young people work directly on the project, the radio reports are broadcast throughout the capital’s sprawling Gambela Market, meaning they’re heard by other street children too, giving many hope. The broadcasts are also heard by vendors on the market, local business people, and even the families who drove their children away from their homes in the first place.

“In its attempt to spread awareness the project does work,” explains Bob. “We have seen some children reintegrated with their families.”

This year, to raise awareness of the project, the Children’s Radio Foundation sent South African film director Rowan Pybus and his team to Kinshasa to capture the story of homeless youth on film. 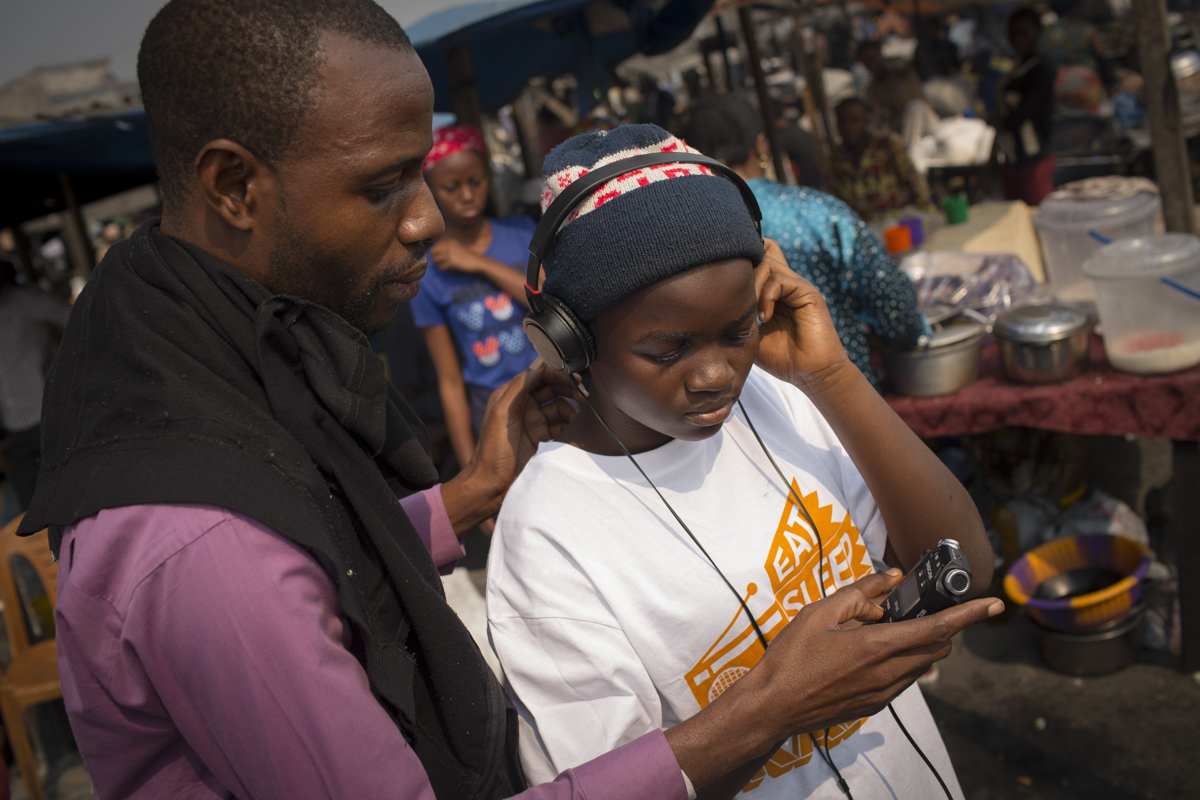 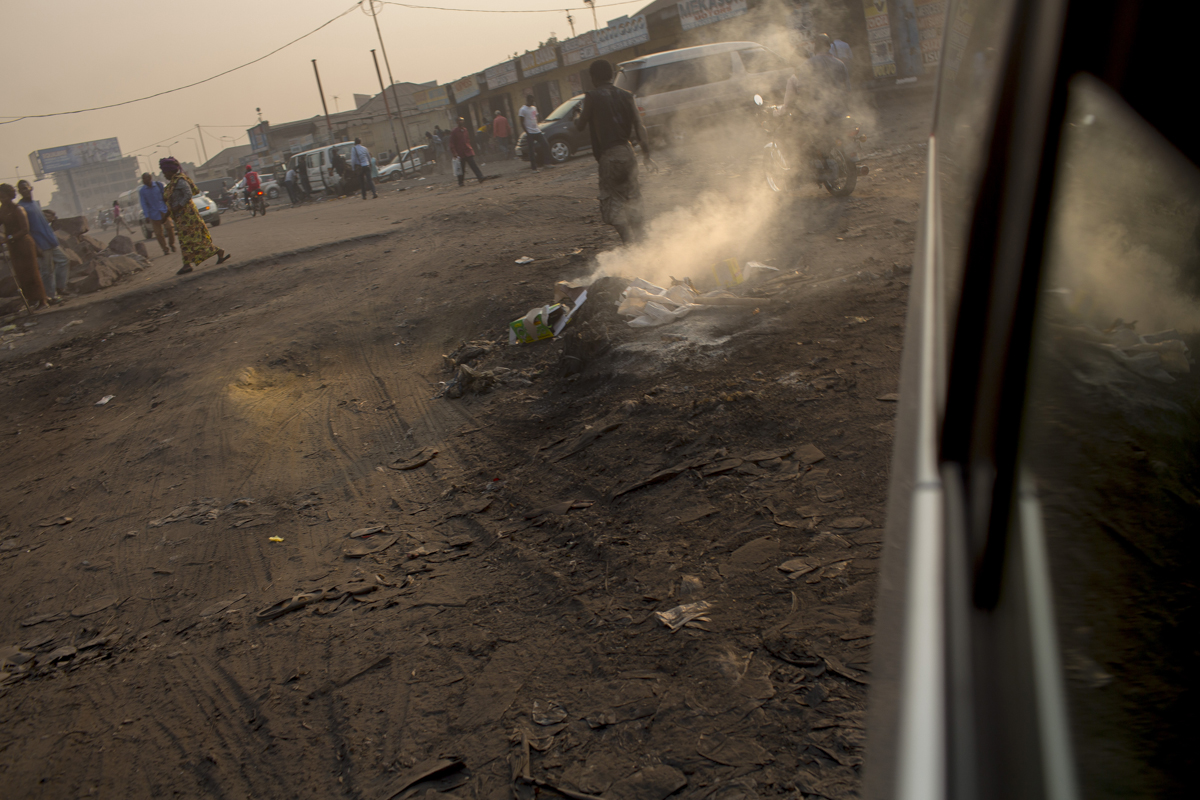 Visiting Kinshasa for the first time Rowan was overwhelmed by the city, and the children’s place within it. “There are 12 million people living in Kinshasa; that’s four million more people than New York,” he says. “A huge proportion of those people have a very mythical or distorted view of what it means to be a homeless child. There’s this culture of them being bewitched, and the desensitising and addressing of that stigma is really powerful. The children want to make sure that people see them as not evil or witches.”

The resulting virtual reality film, Samuel’s Streets, celebrates the Voice of a Child project, and documents the way children and young adults living in the slums are empowered through radio. The 360-degree footage throws the viewer directly into the world of one of these teens, Samuel. 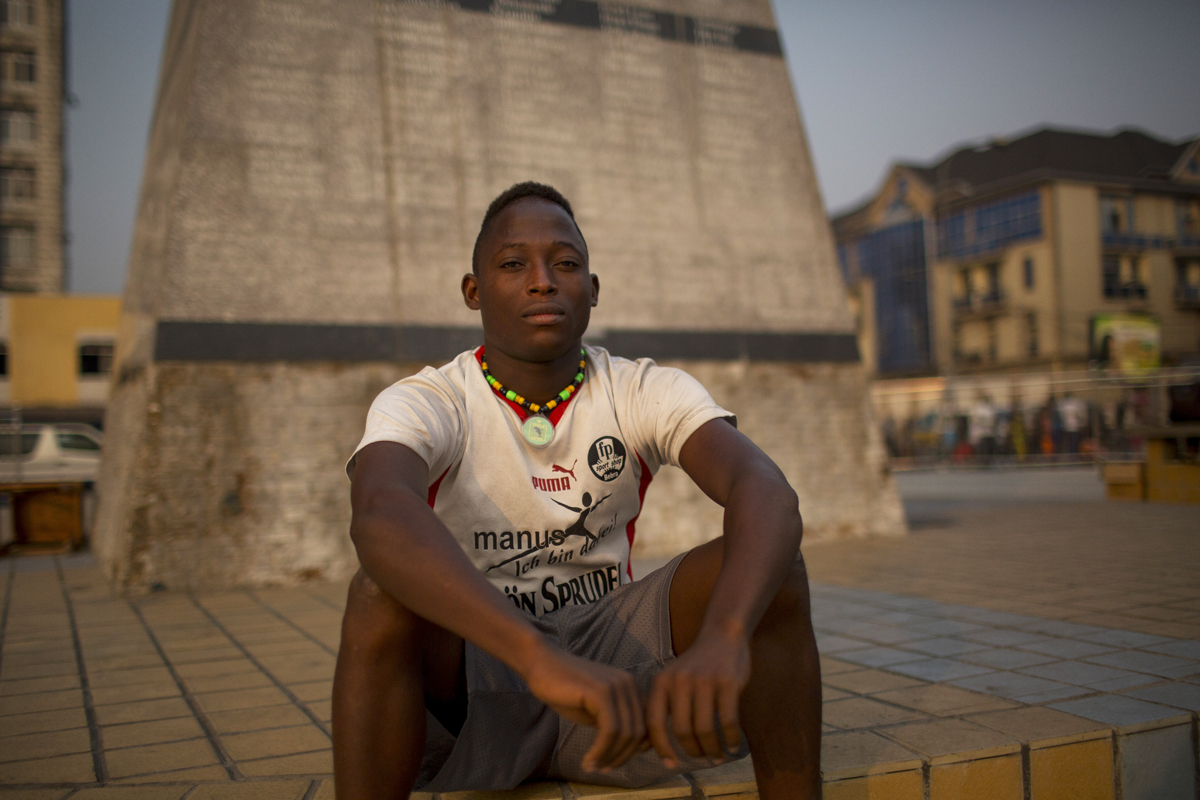 Samuel was chosen to front the film, but Rowan explains this isn’t just about one person’s journey. “To live on the streets in Kinshasa yet have such an incredible, open personality is not stereotypical. He is not a substance abuser, he hasn’t fallen into his own mistakes, he is just a victim of a terrible circumstances.”

“But the young group that we worked with was very much a collection of energy. It wasn’t just Samuel. Samuel is just the voice of that group for this film.”

The immersive film focuses on the work of the radio project, while seeking to deliver an honest representation of slum life and the everyday fears and anxieties of its young inhabitants. Addressing the viewer Samuel describes their Kinshasa as a “capital of pain”, and poignantly calls on parents to “consider children on the streets and the ones living at home as the same”.

Rowan believes that virtual reality is the perfect form for the telling of this story. “The virtual reality medium is honest, and that’s what I need it to be; I need people to understand what’s going on very quickly in order for better decisions to be made. We don’t have this external curated stuff – what you see is what you get,” Rowan explains.

“That honesty is what I’m most drawn to about virtual reality, especially in the context of how distorted the euro-centric viewpoint is of the continent of Africa,” he adds. “Just that alone – that people don’t understand that it’s a continent, they call it Africa like it’s a country – is a terrible euro-centric point of view that needs to be addressed full on.”

As the film throws you into slum life that truth becomes clear: Samuel is one of us. The homeless teens of Kinshasa are like every other teen. They just want their voices to be heard.

Linkedin
RELATED ARTICLES
OTHER ARTICLES
A new exhibitions brings together the work of photographers who documented the deep unrest of these pivotal decades.
Following the release of his debut single, Deyaz talks battling addiction, dealing with his struggles through music, and building a budding music career from his living room.
Author Edward Banches dicusses his new book, which examines the hard rock and metal scenes in five African countries: Botswana, Togo, South Africa, Kenya and Ghana.
A new law change is enabling Britain’s donor-conceived children to know the truth about their origins – but campaigners say the fertility industry must do more to protect people.
The action took place in response to the 200 asylum-seeking children who were placed in hotels run by the Home Office who have gone missing.
Since 2007, Gideon Mendel has made 20 trips to document floods in 13 countries. The result is an alarming record of what has already been lost to the climate emergency.