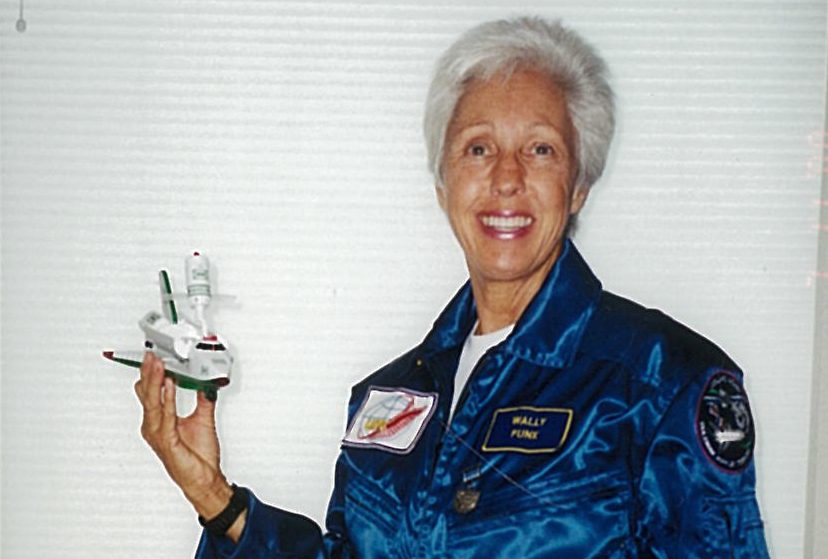 In the ’60s, Wally Funk joined NASA’s Woman In Space program, only to be told she was going ‘against the natural order.’ Now, at age 80, she’s finally ready to make her dreams a reality.

In the ’60s, Wally Funk joined NASA’s Woman In Space program, only to be told she was going ‘against the natural order.’ Now, at age 80, she’s finally ready to make her dreams a reality.

For Funk – herself an accomplished pilot – passing these tests and going into space became an instant obsession. She wrote letters to Cobb and the man who devised the trials, Dr William Randolph Lovelace, registering her interest in taking part. Despite being just 22, several years younger than the minimum recommended age, she was soon on her way to Albuquerque to participate in the Woman in Space Program.

Five and a half days of rigorous tasks and intrusive examinations followed, which included ingesting radioactive material and having icy water poured into her ears. The tests were the same as those taken on by the Mercury 7 – the male astronauts who ended up on Nasa’s first successful human space mission – and Funk sailed through them all, joining Cobb and 11 other successful participants.

The Mercury 13, as they came to be known, had proven they could endure extreme physical punishment without any medical reservations; but more obstacles stood in their way. First, the Woman in Space Program was scrapped after its private funding was pulled. Then, a few months later, several prominent NASA figures (with the help of Vice President Lyndon Johnson) testified against the idea of female astronauts, saying it was “against the natural order”. None of the Mercury 13 ever made it into space, and it would be two decades before an American woman, Sally Ride, achieved this feat.

Funk’s not exactly a quitter, though. At 80 years old, she’s currently an “impatient ticket holder” waiting to fly on Richard Branson’s Virgin Galactic spaceplane. Ahead of her appearance at Also Festival next month, we caught up with the aviation pioneer to find out about her incredible life and how her dream of becoming an astronaut is finally about to become a reality. 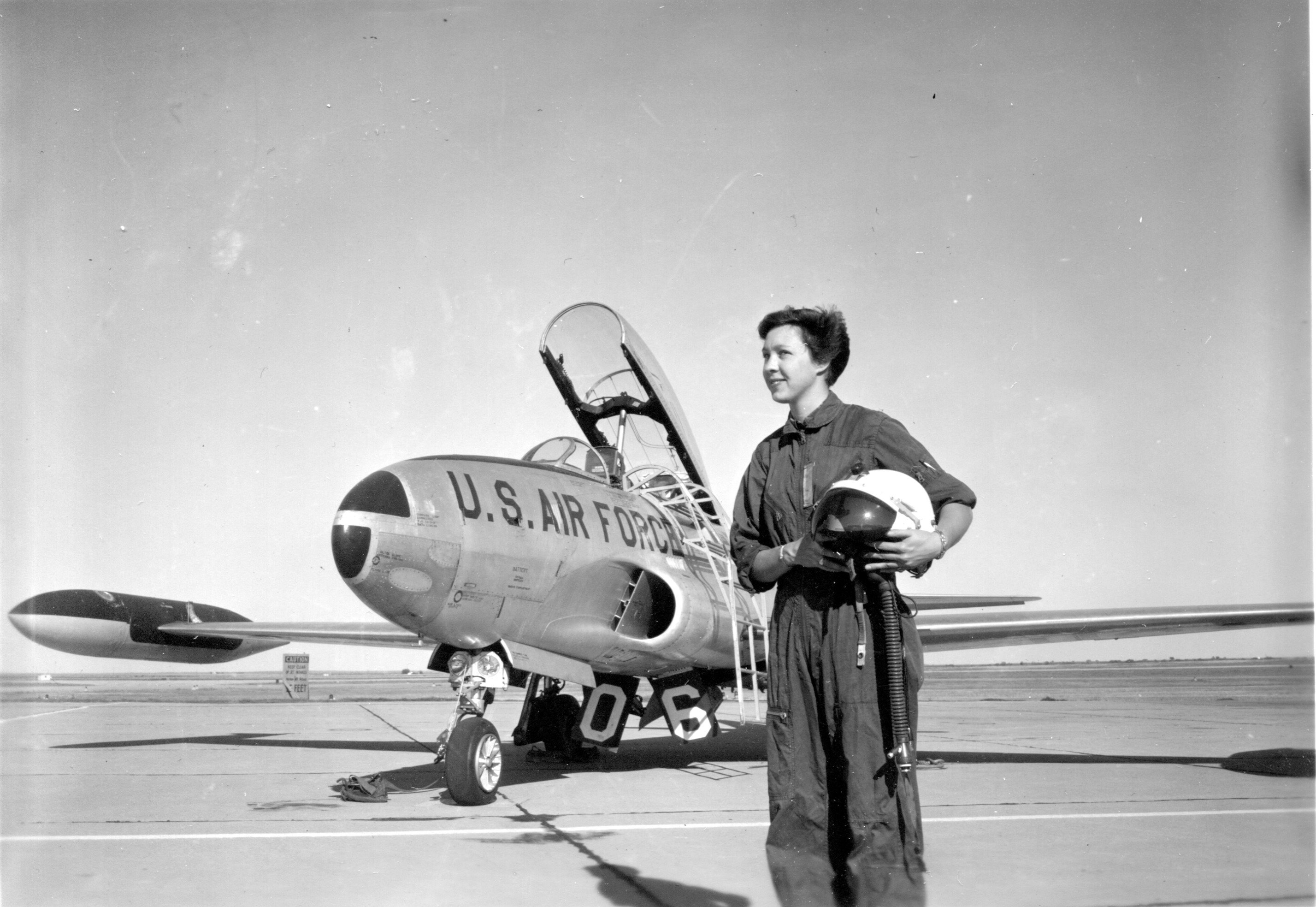 You were just 22 years old when you headed to Albuquerque to take part in the Woman in Space Program. Where did your passion and drive come from?
When I was a little girl – a one-year-old, going to a [Douglas] DC-3 wheel and trying to turn the nut and bolt – my parents said ‘oh, she’s gonna fly’. I got my first flight lesson at nine, and I could fly. I could make turns and do what the instructor told me to do. Then I was sent to Stephens College aviation program. I hadn’t even graduated from High School yet. They sent me right into college and right into flying.

You underwent some quite terrifying physical and mental challenges as part of the Woman in Space Program and in subsequent tests. Can you describe some of the most strenuous?
They weren’t terrifying to me because nothing is, but some of the tests that got my attention? Putting tubes up me for reasons I don’t know why; putting tubes down my throat going to different organs; putting me in an area to see how much radiation I had in my body. Or when they put me in the isolation tank: I could not feel the water, because it was the same temperature as me. So I was in space on the water, with just a little bit of foam rubber underneath the back of my neck and the back of my back. I laid there in a spread eagle position, and it was easy. I didn’t know until after I came out of the tank; I’d stayed in there for 10 hours and 35 minutes. I broke the record for all the guys and the girls.

The programme was eventually pulled, despite yourself and 12 other participants completing the tests. Has your attitude towards this injustice changed over the years?
Not at all, because that was so political. It was terrible. Vice President Johnson said ‘stop this now’, and I didn’t believe it… I knew our people would go on – and a lot of my friends have gone – into space. 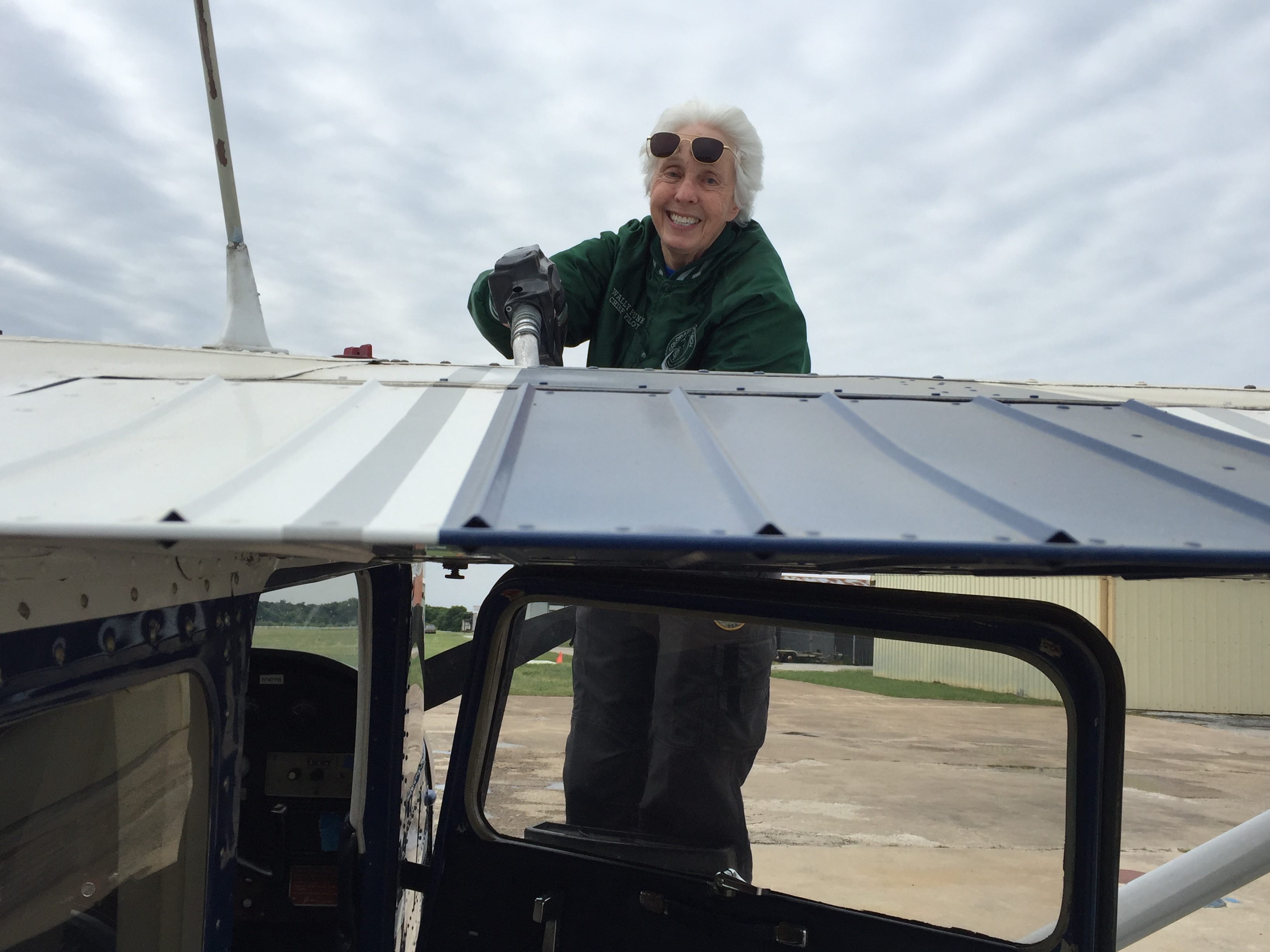 You’ve previously discussed your friendship with Eileen Collins and meeting Valentina Tereshkova in the Soviet Union. How did it feel to see women finally given the chance to go into space?
Well, I was excited. I thought it was great. I thought it was great that they did it because this was going to open the door for me. And Tereshkova was just a fabulous person to talk to through interpreters.

Following the programme, you went on to have an extraordinary career as an aviation pioneer and radio presenter. Can you describe some career highlights?
I’ve done a lot of things in aviation: I’ve been an airline captain in Arizona; I have taught over 3,000 people to fly and to get their licence. I get on an aeroplane today, and I might find that the captain or the first officer is somebody that I taught to fly. I just love teaching. I’ve taught STEM [Science, technology, engineering, and mathematics] to 12-year-old kids who don’t know anything about it, because their parents haven’t exposed them to this. And here I’m coming to the schools and exposing them, and they’re saying ‘oh, a new situation here. We can get into that’.

You’re now an ‘impatient ticket holder’ waiting to fly on Richard Branson’s Virgin Galactic spaceplane. Can you remember first hearing about Virgin Galactic? When did you get your hands on a ticket?
Well, golly. I bought my ticket for $200,000 in 2000 or something. They have people up there that are engineers testing out the equipment. I wanna go up and I want the ride!

Journalist Sue Nelson will be discussing ‘Wally Funk’s Race For Space’ at Also Festival next month.

Linkedin
RELATED ARTICLES
OTHER ARTICLES
The pro skateboarder withdrew from the 2020 Olympic Games so he could come out as trans. Now, he’s hoping to encourage others to live as their authentic selves – within the sport and beyond.
Yohon Tatum, aka Legendary Father of the House of Tisci, reflects on nurturing a new generation of talent.
A group of aid workers face prison for helping to save people fleeing their homes at sea. If they are charged, it will have a chilling effect on humanitarian efforts.
After building his reputation covering the US civil rights movement in the 1960s, the photographer went on to produce some of the most enduring images of the past century.
After a two-year hiatus and a new album, the Nigerian artist is riding high. Now, he wants to bring his alternative, genre-bending sound to the world.
Activists and campaigners are fighting back against new laws that would seriously undermine the ability to take industrial action, calling it an attack on fundamental workers' rights.