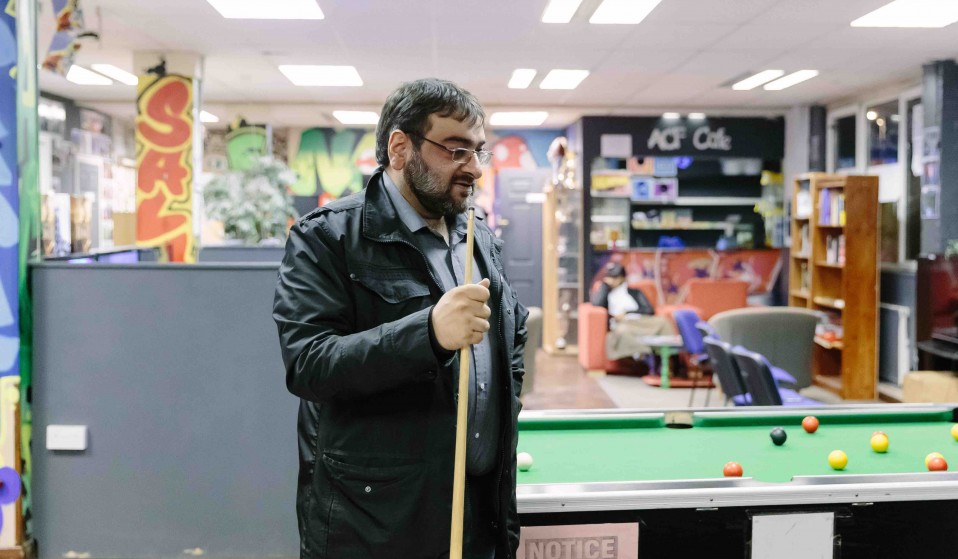 A former member of Al Qaeda, Hanif Qadir is now on the de-radicalisation frontline in East London. But politicians are making his work much harder.

A former member of Al Qaeda, Hanif Qadir is now on the de-radicalisation frontline in East London. But politicians are making his work much harder.

Hanif Qadir knows about radicalisation. In 2002, disgusted by the Americans’ response to 9/11, he went to Afghanistan and worked alongside Al Qaeda. Disillusioned by what he saw there, he escaped back to the UK and set up the Active Change Foundation in Walthamstow, East London, which has become one of Europe’s leading deradicalisation centres. ACF have successfully persuaded many local youth not to join the fight in Syria, but Hanif is increasingly concerned by how the struggle against radical groups is evolving.

“Radicalisation as we used to know it, has completely changed,” Hanif explains. “The change is that Al Qaeda weren’t as openly barbaric as ISIS are. People who joined them, like myself, realised the brutality of their nature and turned their backs on them. But now the difference is ISIS are openly barbaric and brutal, yet people are still joining them – which was dumbfounding for us.”

The ISIS brand is “potent and very powerful,” Hanif explains. Their narrative is that the West is not fighting a war against terror, but a war against Muslims. Hanif is worried that the rhetoric from Western leaders, air strikes and the increasing likelihood of military intervention in Syria after the Paris attacks will draw more angry youth to ISIS’ side. 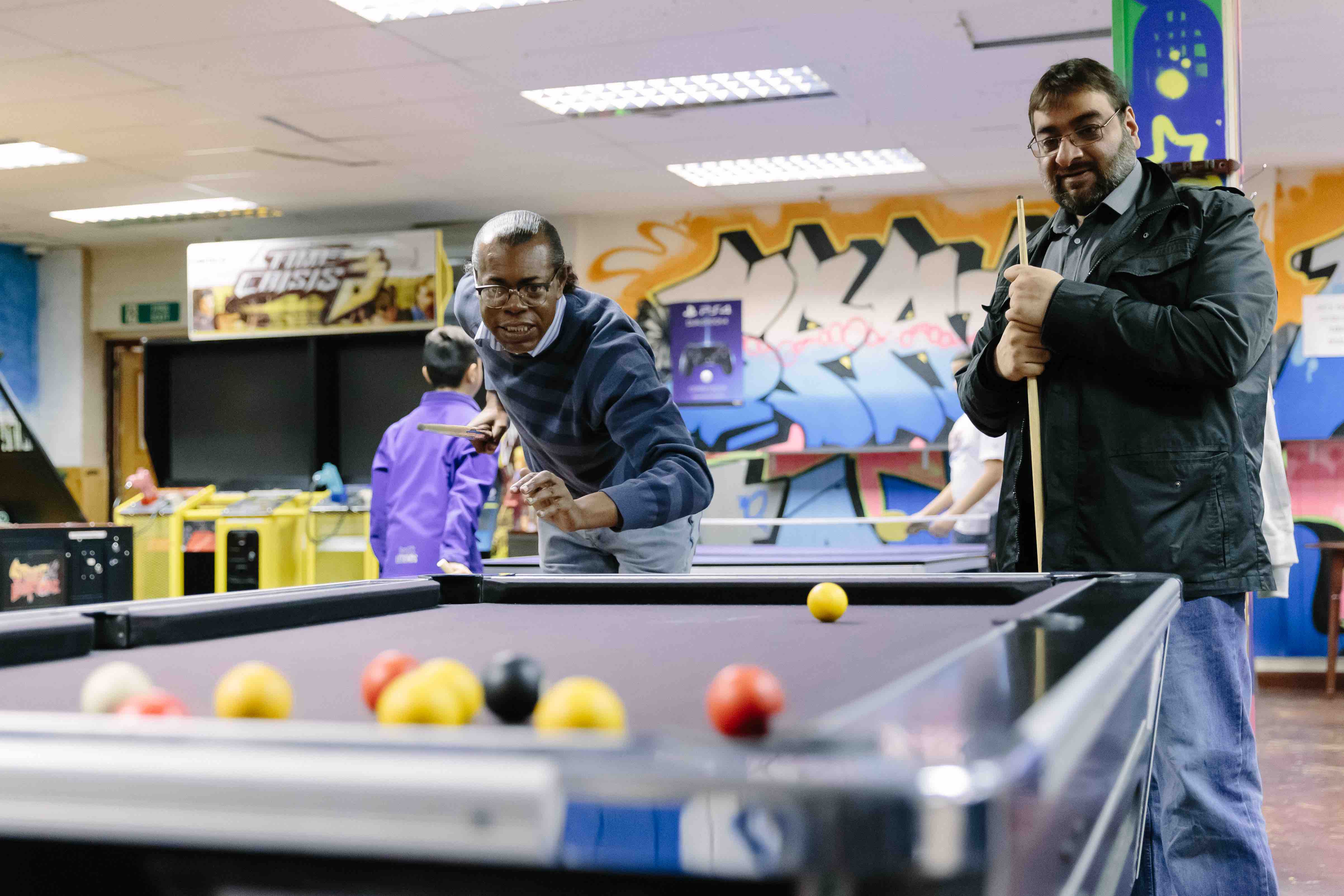 Hanif with Mike Jervis, another adult leader at ACF who specialises in anti-gang programmes.

“I think we’re heading in the wrong direction,” Hanif explains. “I’ve always maintained one thing: the war is being fought on the wrong battlefield. We’ve been lead to a battlefield chosen and defined by ISIS, which is the wrong one. We’re at serious risk in London. If we’re going to respond militarily [to Paris], then expect the unexpected. If Paris happened here, the backlash, the destruction within communities, would be profound – we’re not prepared for that.”

ISIS have demonstrated their skill at manipulating European fears, through tactics such as putting the British-accented ‘Jihadi John’ centre stage in their shocking execution videos. The terror group claimed that the Paris attacks were to deter Western strikes on Syria, but Hanif argues ISIS are skilled manipulators. “These people know exactly how we’re going to respond,” he explains. “We’re playing into the hands of ISIS. They know they’re going to get bombed the hell out of and people are going to get killed. They’re not worried about that. Because they know their idea will remain and it will resurface in a much more brutal and uglier form.”

From the Walthamstow youth club that is ACF’s base, Hanif sees the battle of ideas playing out as ISIS target disaffected young people in the local area. “We have to fight the battle on the battlefield where we’re comfortable and is that is in the hearts and minds of our communities and people around the world,” he explains. “This is not a battle of missiles, but they’re drawing us into that battle.” 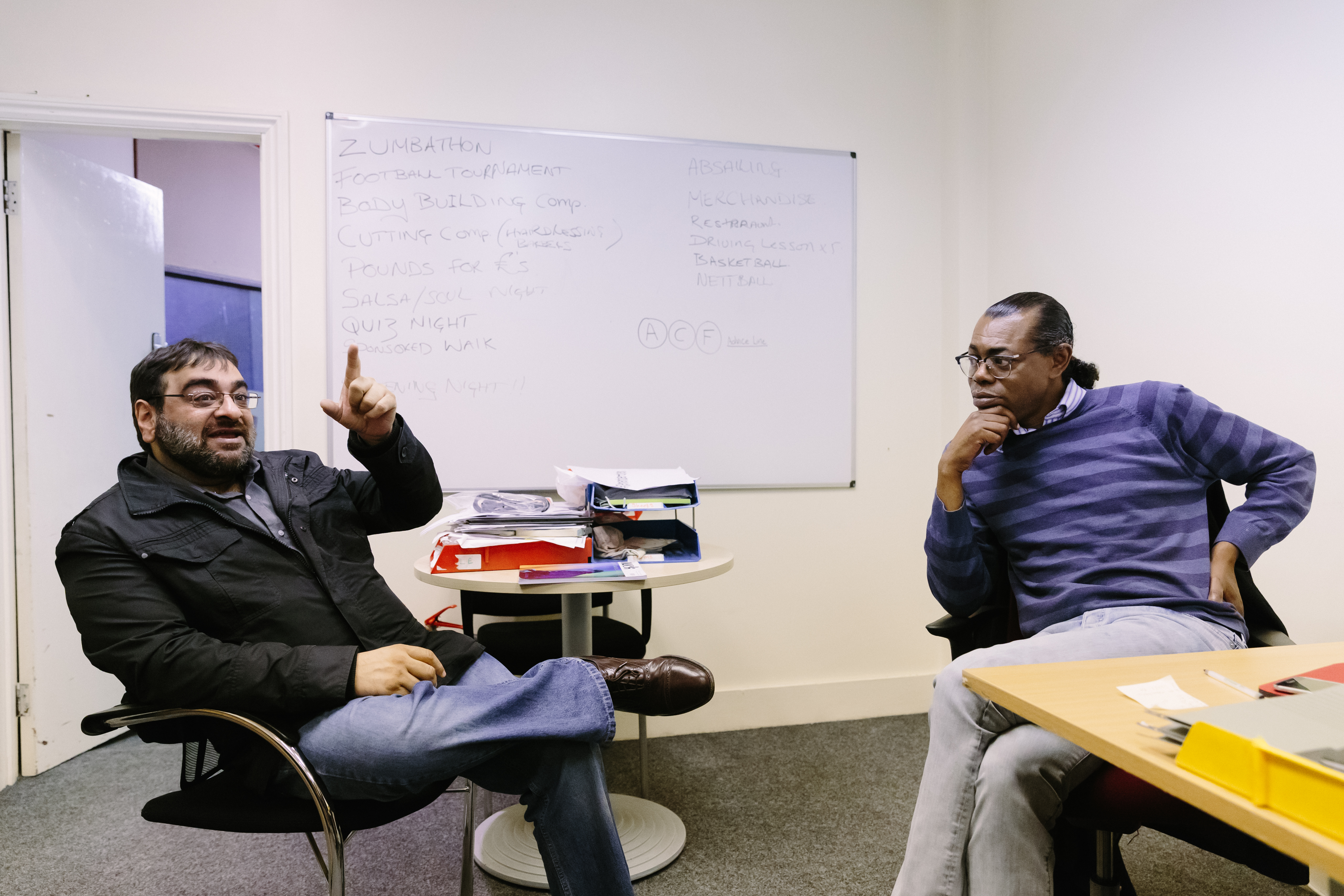 A key pillar of ISIS propaganda is that Muslims living in the West will never be accepted as full members of society, and this has resonated with many young people in France, Belgium and Walthamstow. The ratcheting up of anti-Islamic rhetoric since the Paris attacks has made even more people feel vulnerable. In London, it’s not just Muslims who are more conscious of what they say, what they wear and how they behave: many others with brown skin – Asians and Africans of other religions – have begun to feel suspicion and distrust too.

Making people, especially young people, feel less accepted by society is dangerous, Hanif cautions. ISIS feed on alienation. “The government needs to extend their hand to Muslims, admit we have a problem and allow Muslims to be part of something positive,” he explains. “We’re not using our brains to recruit people for our cause, which is to prevent extremism. We need to revolutionise our nation, our infrastructure and protect our communities. We’re creating spaces where people are going to be more vulnerable.”

In a speech at the One Young World conference in Bangkok last week, Sir Bob Geldof laid the blame for terrorism firmly on young people, claiming Millenials’ hands are “stained with blood.” He was critical of online activism and argued ISIS’ victims in Beirut, Paris and Egypt, “were killed because of your generation.” He added: “Your age group are the killers of Syria.”

The media has often echoed Geldof’s sentiment – even if they haven’t been as direct – painting young people as a threat. Hanif sees it differently. In the UK, he argues young people have been “failed across the board.” They’ve seen cuts fall hardest on young people, support services like youth clubs close, and grown up with a climate of intolerance and distrust in the media. Failing to support young people, positively engage with them, and understand their problems puts them at far greater risk of radicalisation, Hanif argues.

“Any nation worth its salt, which has the best interests of that nation, has to invest in young people at every single level,” he explains. “We need to give young people the confidence, skills and trust, that they are not the problem, they are part of the solution. We need to shape young people into positive, critical thinkers and problem solvers, to be able to come forward and give back to the community. The only way they’re going to be part of the solution is if they are educated, invested in, engaged with and revolutionised effectively by the powers that be, because we can see that across the world, young people are being revolutionised in a very different, dangerous way.”

Linkedin
RELATED ARTICLES
OTHER ARTICLES
To mark the premiere of his new documentary on surfing giant Gerry Lopez, the filmmaker and former pro skateboarder sits down to share his unique brand of wisdom.
A young woman recounts her experience of being harassed by anti-choice campaigners as she was seeking an abortion in Glasgow.
A woman from Texas explains how she was forced to consider the criminal liability she might face for medication abortion over her health.
We introduce our series spotlighting the voices of people who’ve been impacted by anti-abortion laws and anti-choice protestors.
Steel City is often overlooked when it comes to the country's cultural radar despite its role in shaping electronic music.
Following the release of his latest album, the rapper talks about finding a new approach to songwriting, attitudes to poverty, and why his music is more than a political statement.