News & Politics / Activism / What is sustainable tourism, and why does it matter? 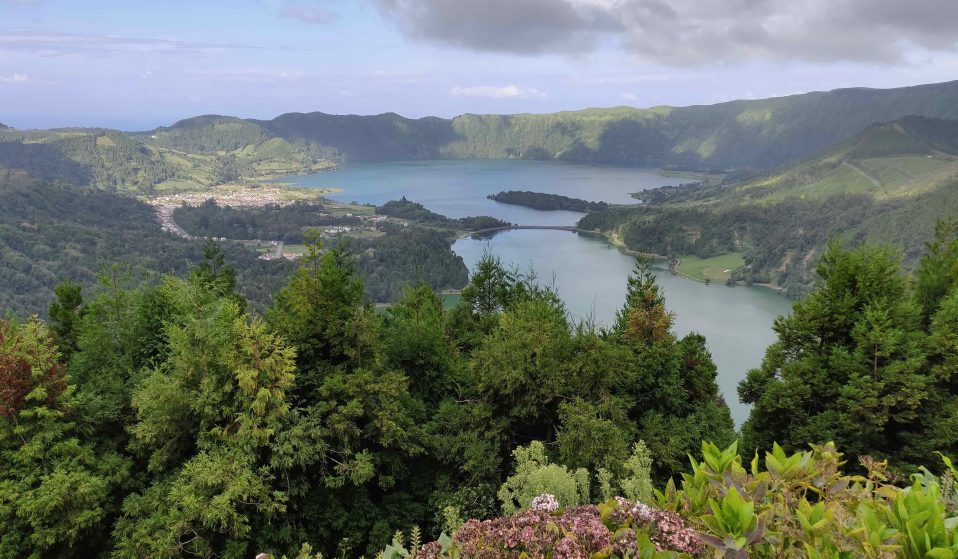 The Azores – nine lush, untouched islands located off the coast of Portugal – are seen as some of the world’s most ‘sustainable destinations.’ Writer April Clare Welsh heads there to find out why.

The Azores – nine lush, untouched islands located off the coast of Portugal – are seen as some of the world’s most ‘sustainable destinations.’ Writer April Clare Welsh heads there to find out why.

Earlier this month, authorities in Thailand announced the indefinite closure of one of the country’s most famous, Instagrammable beaches – Maya Bay on Ko Phi Phi Leh island. Elevated to celebrity status for its 2000 role in the Leonardo DiCaprio-starring movie The Beach, this lush, tropical paradise has over the years been ravaged by mass tourism, receiving some 5,000 visitors a day at the peak of its fame. It’s now estimated that about 80 per cent of the coral reefs around the bay have been destroyed.

Over-tourism puts extra strain on the land, and can lead to increased pollution levels and soil erosion, as well as the loss of natural habitats. In rural areas, these effects can gradually degrade the natural resources on which environmental tourism like this depends. In Hawaii, lawmakers recently passed a bill – the first of its kind – that proposes a ban on all sunscreens containing coral-damaging chemicals, in order to curb destruction of the surrounding reefs. It’s an extreme measure that’s deemed entirely necessary to preserve the natural environment.

Tourism is one of the world’s largest industries, and a catalyst for socio-economic progress. In recent years, it has helped to boost the economies of many European countries, including Portugal. However, the boom has come at a price to local residents. The recent wave of protests – seen everywhere from Barcelona to Dubrovnik this year – highlights the growing opposition to mass tourism, with issues in urban areas ranging from rising housing costs to overcrowded streets and public transport. 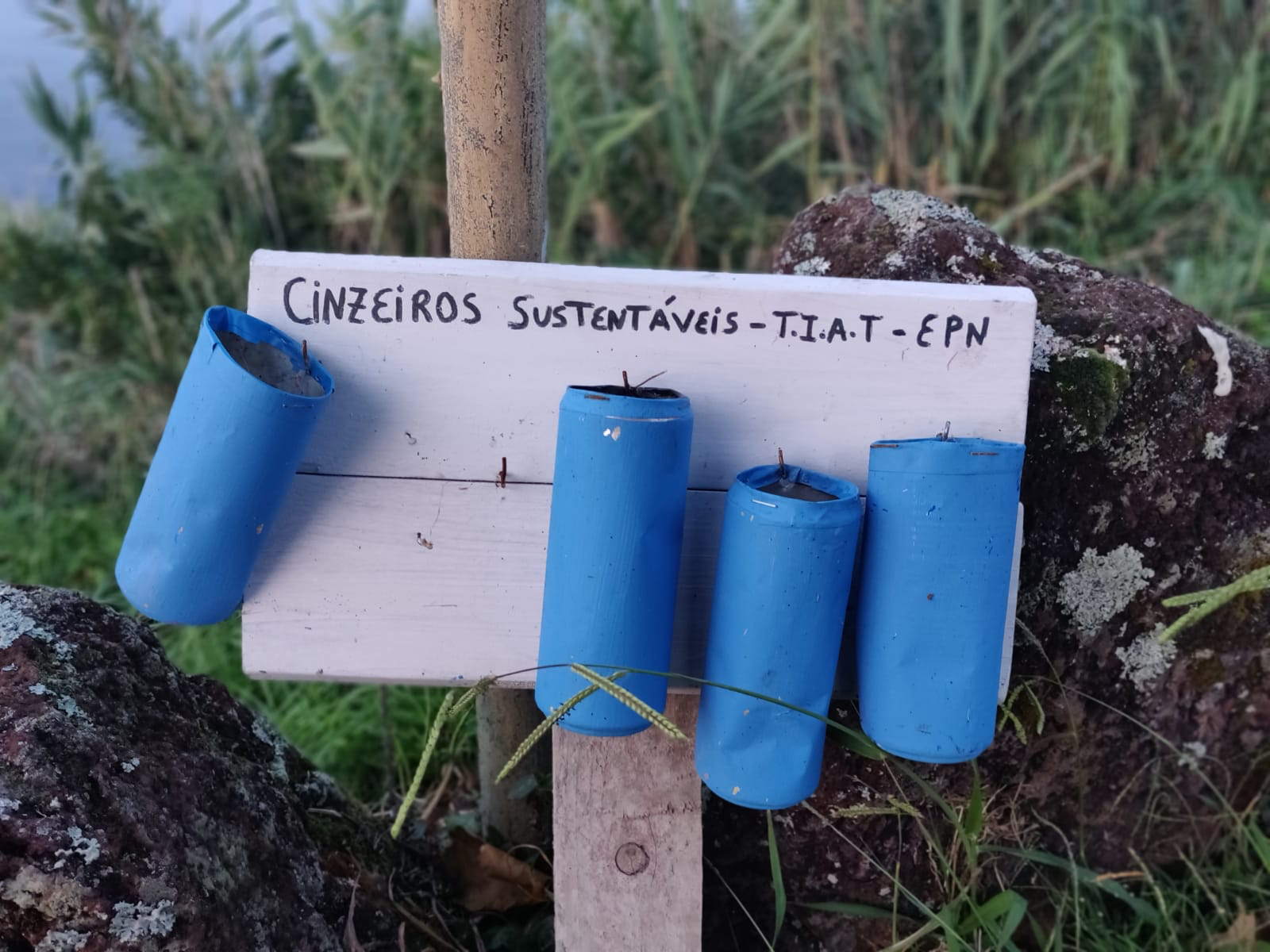 “Low-cost flights have helped bring in more visitors to Portugal and archipelagos like Madeira and the Azores, which is of course very valuable,” says Fatima Vieira, national coordinator for Green Key, an environmental certification body focussed on sustainability in the hospitality industry. “But it’s important to find a balance, which is a hard task for everyone. For example, things that we might try to do in one region might not be the same solution in other regions. We simply have to keep convincing people that sustainability is a concern and the more we do that, the more we can potentially solve these problems.”

The terms “sustainable” or “responsible tourism” refer to attempts to lessen the impact of tourism on the environment and local culture, ideally so that both will be accessible for generations to come. It’s an ever-growing movement that encourages travellers and holidaymakers to become more conscious of tourism’s negative effects, and to make better choices that will have a positive impact. Tour operators, rental companies and businesses are increasingly signing up to the principles of sustainable tourism, with many featuring a “sustainability” statement on their website. 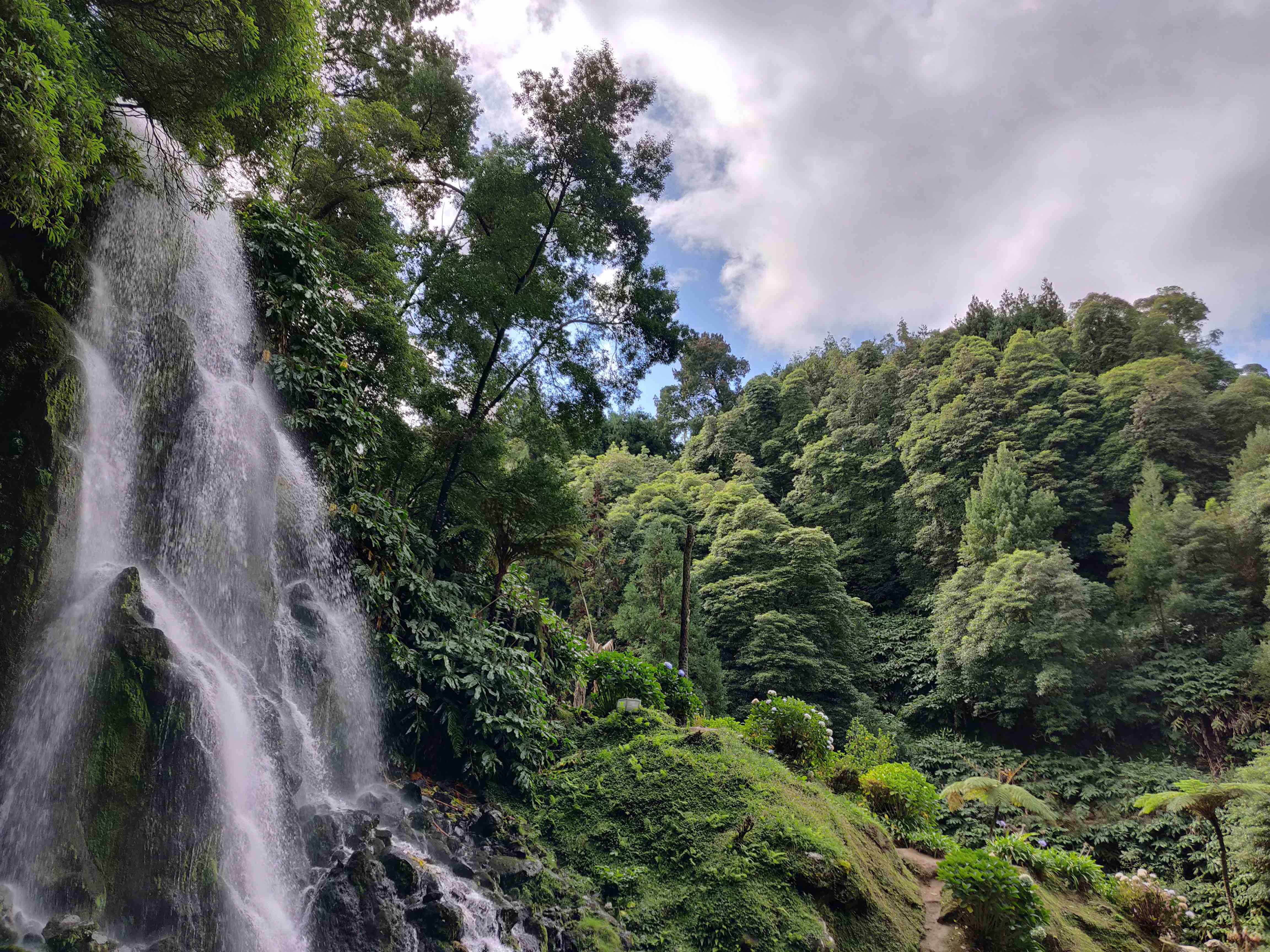 Initially founded in Copenhagen in 1994, and now covering 2,700 establishments in 56 countries, Green Key works by ranking hotels, restaurants, campsites and local lodgings in terms of their commitment to environmental sustainability, while also providing tailormade sustainability workshops. “There is a list of criteria that any company wishing to apply for a Green Key must adhere to, which includes the reduction of electricity and water and gas,” explains Vieira. “But for me, educating people about the importance of sustainability is key… There are fundamental things we can do in order to be responsible, from spending the lowest amount of time in showers to trying to respect and preserve cultural traditions.”

Comprising nine islands of volcanic origin, Portugal’s Atlantic archipelago, the Azores (or Açores), are regularly voted one of the world’s most sustainable destinations. This is in part due to their investment in renewable energy. “Nature helps the Azores,” local resident Ricardo Peixoto tells me when we meet in São Miguel, the Azores’s biggest island. “50 per cent of the energy we use here comes from geothermal energy. And we have already reduced the consumption of water to the minimum so at this moment it’s hard to reduce it anymore.”

In terms of geography and climate, the Azores are in a unique position that tends to attract a particular nature-loving holidaymaker. “Our weather is very unstable and people that come here look for nature – they don’t mind if there isn’t any sunshine,” continues Peixoto, who is the owner of one of São Miguel’s three Green Key properties – an “ecovillage” called Tradicampo. I was given a tour of the cottages, which feature everything from solar panels to wood-burning stoves and apple orchards. “From the Azores point of view, we’ve tried to build the houses according to sustainability principles,” he says, adding that the renovation of “the former ruins” also helped to create local jobs to pay into the local economy. 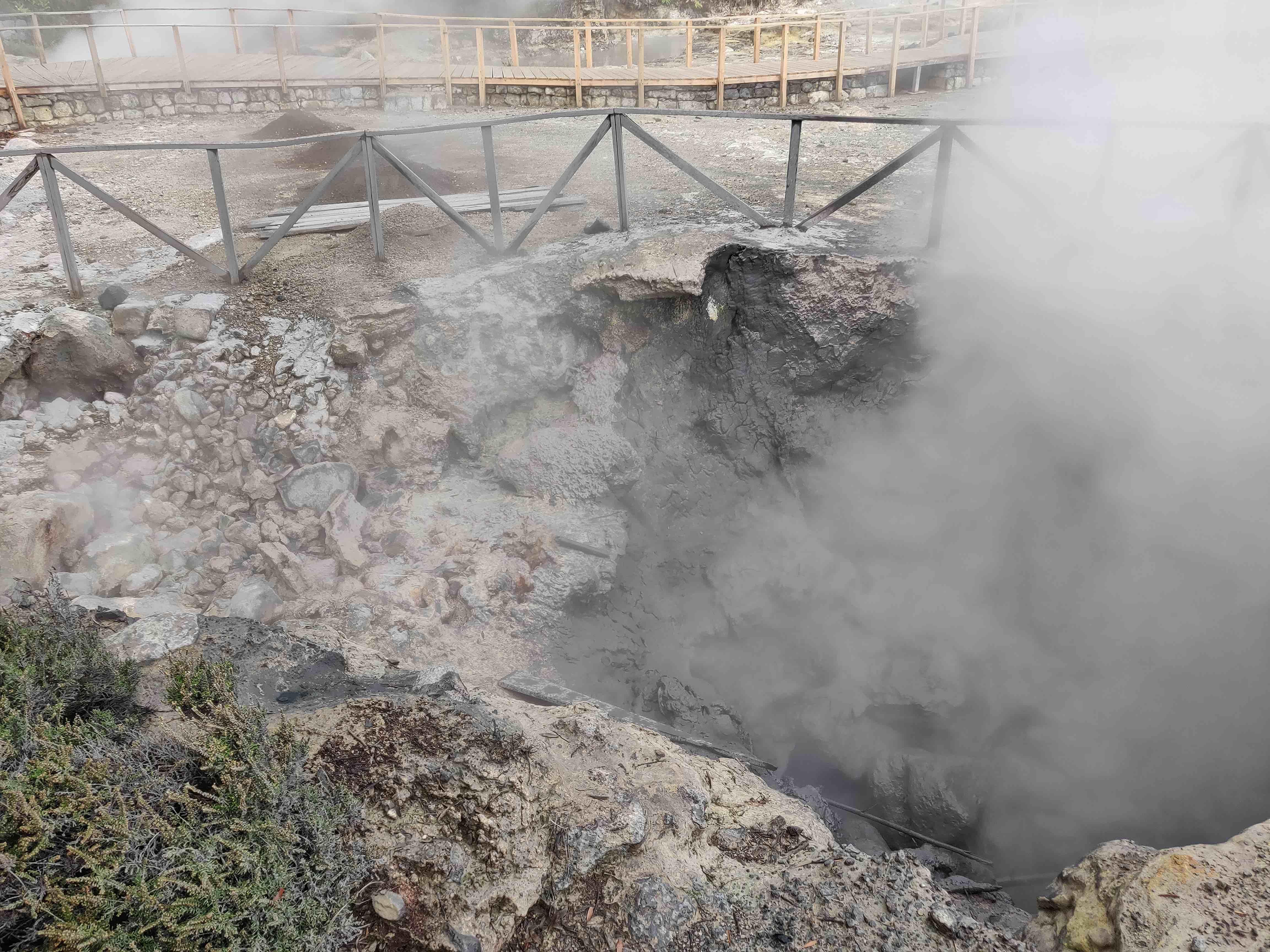 It’s fairly easy to be a responsible tourist on the Azores. Tour operator Futurismo aligns its whale and dolphin watching – one of the island’s most popular tourist activities – with the principles of sustainability, ensuring all of its activities are sustainable “so that others can enjoy the Azorean nature in the future,” according to a statement on its website. These principles are applied in a number of ways, from complying with the codes of conduct set up by the World Cetacean Alliance, to supporting conservation projects. Futurismo recently partnered with the project Life Priolo, which “supports and promotes the conservation of the Priolo bird” – a species endemic to São Miguel.

Elsewhere on São Miguel, farm-to-table restaurant Quinta dos Sabores subscribes to the principles of permaculture, so that you can eat dinner with a clear, organic conscience, while Marcia and João Araujo’s horse-riding centre Quinta do Freio rehabilitates horses who have been rescued from slaughter. Marcia’s understanding of responsible tourism echoes the ‘leave no trace’ philosophy; “leave the island clean and as you found it.”

For Peixoto, introducing small visitor fees, or placing a daily cap on the number of visitors allowed into a site of natural beauty – like the islet of Vila Franco do Campo on São Miguel – can help to sustain the island’s environment for future generations. “The diversity of the Azores is the soul of the island and it’s just so important to preserve it.” 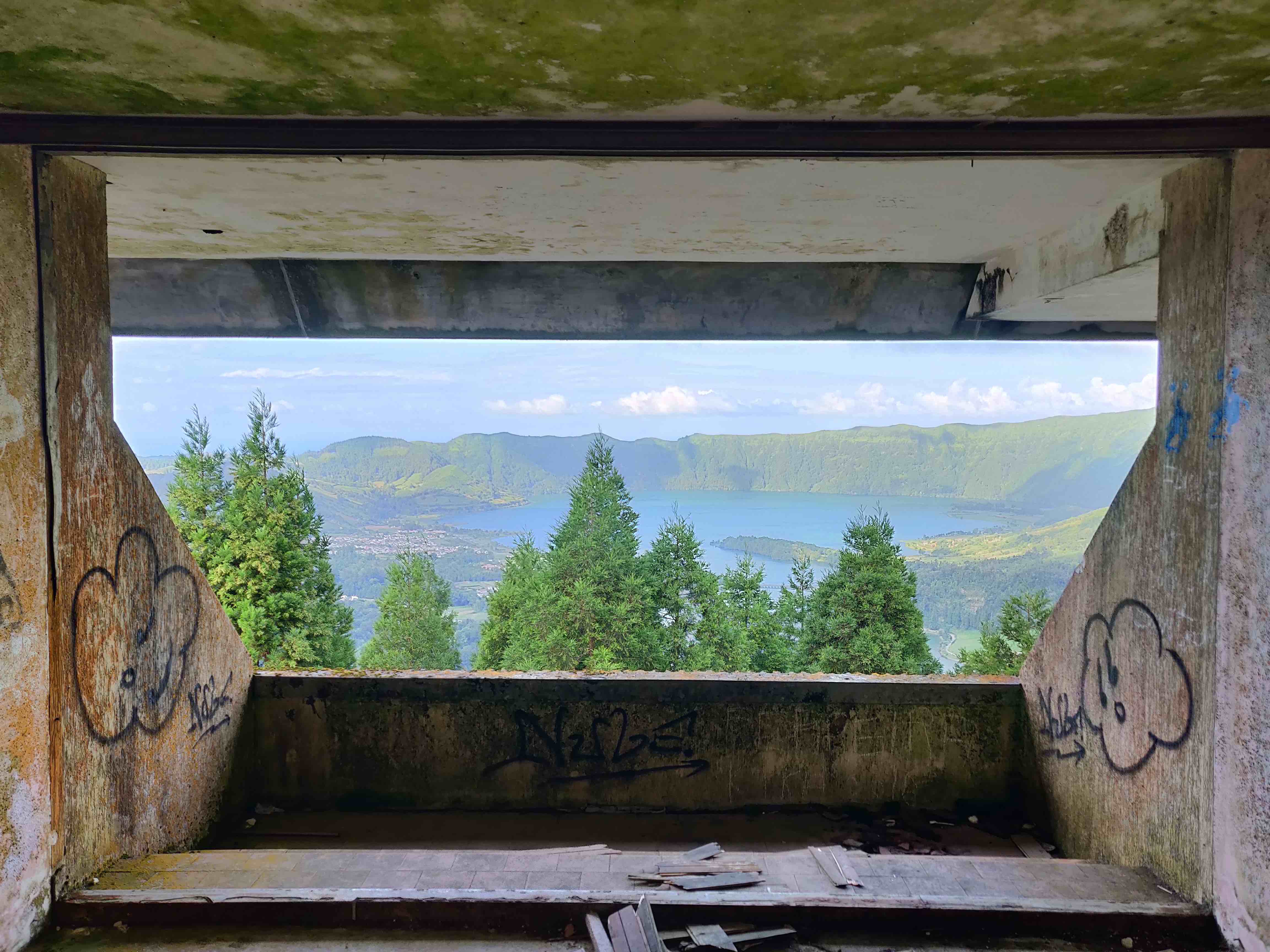 How do holidays look in the age of climate crisis? The Future Of Travel is a new series exploring new, more environmentally conscious methods of seeing the world.

Linkedin
RELATED ARTICLES
OTHER ARTICLES
Photographer Phyllis Christopher recalls capturing sex and protest at a time when the city had become a haven for the queer community.
Shifting the focus from the cost of living crisis to tackling obesity while many starve or freeze is farcical and pointless, writes Fatzine founder Gina Tonic.
After news broke last week around an expected reversal of the 1973 landmark law that made abortion legal in the US, protestors gathered in the UK in support of American women.
Writers Matt Foot and Morag Livingstone explore how four decades of collusion between the government and the police have slowly eroded our right to protest.
Following the release of his newly republished 1991 book, Redheads, the American photographer reflects on his celebration of ginger people and their magnetic power.
The author discusses her blistering new novel about history, revolution and queer love.