News & Politics / Activism / What is the gender data gap – and how can we tackle it? 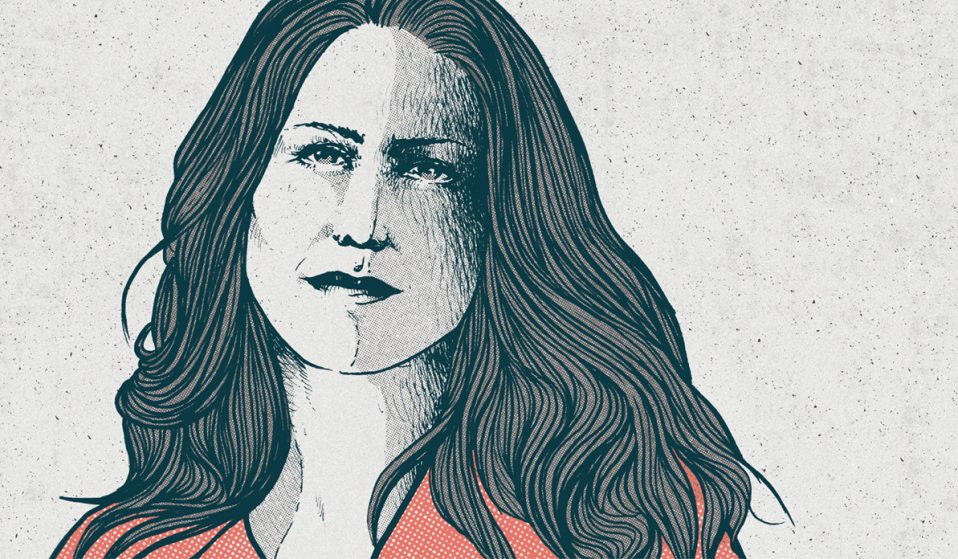 In her new book, Caroline Criado-Perez explores how most of the world’s data is based around the male body. Here, she explains how we can redress the balance.

In her new book, writer and activist Caroline Criado-Perez explores how the majority of the world’s data is based around the male body. In the latest instalment of our series on how to save the world, she explains how we can redress the balance.

Caroline Criado-Perez was a late feminist bloomer. Born in Brazil, it wasn’t until her mid-20s, when she was forced to read feminist writing at university, that she realised just how gendered the world around her was.

“In a book, there was a part about the male default of language and how when women hear words they picture a man,” she explains. “And that just blew my mind. For 25 years I hadn’t noticed that when I pictured someone and didn’t know their gender I was picturing a man. How had I not noticed that my head was full of men?!”

10 years later, and Criado-Perez has made up for lost time. Her most famous campaigns have centred on the representation of women in our everyday lives: first, calling out the Bank of England for their proposal to replace Elizabeth Fry with Winston Churchill on the £5 note (they later opted to replace Fry with Jane Austen due to Criado-Perez’s campaign), and more recently, petitioning for a statue of a woman in Parliament Square (as a result, a statue of suffragette Millicent Fawcett was unveiled in the Square in 2018).

While the representation of women in culture has been improving – albeit at a snail’s pace and not without backlash – Criado-Perez discovered that a lack of representation extends into facts themselves. When researching her first book, she came across the statistic that women don’t tend to have the same heart attack symptoms as men, yet men’s symptoms are classified as the symptoms of a heart attack. As a result, women have been dying from misdiagnosed cardiovascular problems for decades.

In her latest book, Invisible Women, Criado-Perez explores what is referred to as the gender data gap: the fact that the majority of data we have in the world is based around the male body and the typical male life pattern. This ranges from phones being slightly too large for women’s hands; to shelving units being built with the average man’s height in mind; to women being more likely to be killed in car collisions because male-shaped body dummies are used to test airbags and seatbelts.

So, how do we unravel the fact that the world has been designed by men? Here, Criado-Perez tells us how we can save the world from the gender data gap.

Get women into power

“Every piece of research I found showed that when you had women involved in research, gender analysis takes place in a way that it doesn’t when there aren’t women involved. I mean that just seems like common sense. Women aren’t going to forget women, because we are women. We’re more likely to think about the issues that affect us. For example, if you’re wanting to do a comprehensive health tracking device, you might want to include period tracking. It seems unlikely to me if that had been a gender-balanced team that [Apple] would have forgotten a period tracker.

There are examples from politics where there has been more research on this that shows a correlation between the number of women in power and the types of policies that get passed. Medical research has also found the same thing – that when there were women leading the research, a gender analysis happened.”

“We need to start collecting sex segregated data. It couldn’t be simpler. That’s all that needs to happen. And the evidence shows that unless you put legislation in place, it doesn’t happen. So until the National Institute of Health in America started saying you have to include males and females in your human stage clinical trials in order to get NIH funding it didn’t happen. And you see for private pharma companies, because they’re not using NIH funding, their representation is much worse. And for generic drugs that doesn’t have this legislation, it’s largely tested on men. It just shows that unless people have to do it they won’t do it.

If you look back at the history of women’s rights – most of the first steps have been legislative and then the social change follows on from that. The more that people are reminded through various laws and regulations that they have to [collect women’s data] and that women exist, the more society will stop forgetting women.”

“If there’s a data gap for women overall, when it comes to women of colour and women with some form of disability, the data is just practically non-existent. When I found any stats on it at all, you would have different ‘groups’ that weren’t white men, and it would just be women and then ethnic minorities. I don’t think I saw anything on disabled people. There isn’t specific data for ethnic minority women.

One thing I did find was childbirth data in America. That was one area were black women specially were being looked at. Because America has the worst childbirth survival rates in the developed world, and it’s bad for all women, when you separate black women from the overall female data, the rates just shoot up. It’s absolutely staggering. That’s a gendered racism issue.”

Remember: Cis white men are not the centre of the universe!

Have a specific aim

“You have to find the thing that pisses you off so much, you can’t let it go. Because activism is not very fun. It’s exhausting and it takes over your life and you get a lot of shit for it. Everything I’ve done, from writing books to the campaigns I’ve run, I’ve gone into none of them feeling particularly excited. You need to just think, ‘I don’t care what people say and I’m going to keep going until this is sorted – because I cannot get it out of my head.’”

Linkedin
RELATED ARTICLES
OTHER ARTICLES
For over a decade, gamblers have won big by employing people to place live bets from the court. But does this dubious method still work?
Rogue landlords are exploiting young and inexperienced renters and leaving them in mental and financial turmoil, reports Niall Hignett.
Sean Maung’s photos are a love letter to the Black and brown communities that make up New York.
The two-day long event returned to London this year, showcasing a spectacular parade, steel bands and Caribbean food.
With skyrocketing rents, packed out viewings, bidding wars and more, renting in London has never been harder.
Photographer David Corio’s archive offers a glimpse inside a revolutionary era of music and nightlife.