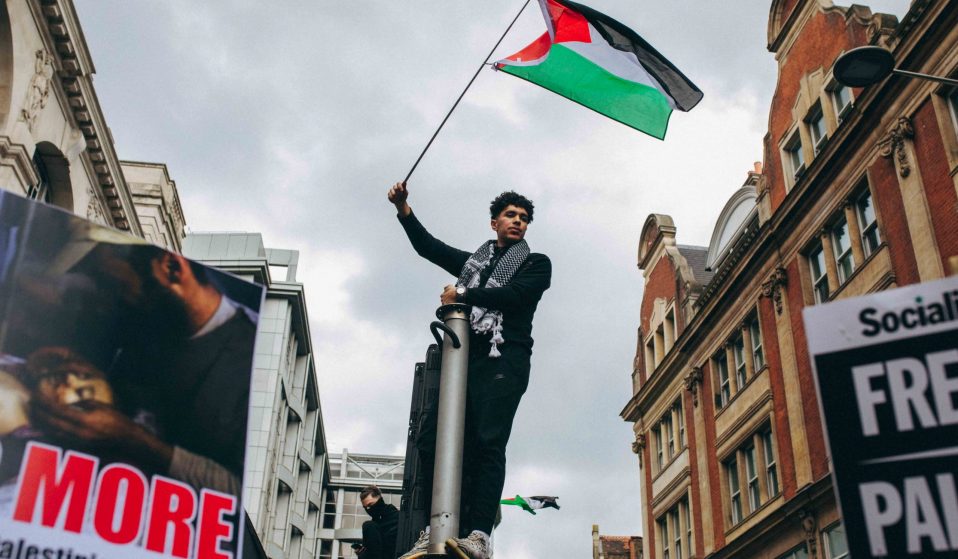 After surviving war and finding a way out, Gazan students speak about the experience of studying in Britain, their guilt, family, and the future of Palestine.

After surviving war and finding a way out, Gazan students speak about the experience of studying in Britain, their guilt, family, and the future of Palestine.

Last month, the world watched on in horror as Israeli rockets descended into the Gaza Strip, killing 260 civilians in an 11-day war. Since a shaky ceasefire was called, Israel has launched two airstrikes on the strip – the first under Israel’s new government headed by Naftali Bennett. While most expect him to be just as bad as Netanyahu, others fear he will carry out his agenda to expand illegal settlements even more aggressively.

For Gazan students living abroad in the UK, every report brings an overwhelming dread that the people they have spent their entire lives with – their family and friends – will be struck next. These students have seen the rockets before, growing up blockaded on a tiny strip of land.

In peacetime, electricity is limited to eight hours a day from an Israeli generator, and there is no clean running water. In the most recent war, electricity was limited to just four hours a day, meaning this was the only time Gazan students – along with anyone else living outside of the strip – had to contact their families.

Many of these students came to Britain on a scholarship. Many were raised in Gaza’s permanent refugee camps, but learnt English, and would go onto pursue careers in everything from journalism, to teaching, and health care.

Most are graduates from Palestinian universities, pursuing a Masters degree here. Some stay on, while others feel they have to return, handing back their exit visa and moving through a small Egyptian checkpoint back home. Huck spoke to a few of these students about their journeys, and what it’s like to experience their country at war from the safety of British student life.

“Of course, it’s not fair for me to say this. But personally, what I’ve been through in these 11 days in May was harder for me than experiencing the war with my family. You ride together and die together. I kept following the news every day, talking to my family. But it was not easy. It’s hard to separate the two types of life, because I’ve experienced war before.

“I told my brother to just leave dots in the chat, just to let me know he was OK, whenever there was electricity, whenever he had his phone, even an emoji would do. I don’t want to talk or ask ‘how are you?’ – I get annoyed with that question. I have to tell them ‘I’m fine’ so that they don’t feel sorry. But to be honest, no one is fine and no one is safe.

“For two days in a row, [the family] didn’t reply, and I literally collapsed. I started reading the death lists, just to make sure that my family members were not there. That was a very hard experience. Maybe because I was alone and weak, I did that to myself.

“There were good days, too. On one day, an hour of electricity was given for me to speak to my family. And I was complaining to them, I wasn’t keeping up with my lectures, I had tonnes of assignments. They asked me why I was doing that to myself, and said I should study. It was weird – the people who needed the support and motivation were the ones giving it to me. I think because we are subjected to death the most, we value life.

“I meet people all the time that can’t believe that I am from Gaza. They cannot grasp that there can be someone successful or have a life other than bombing and struggle. It’s very sad, they dehumanise us. People ask me if I really experienced the three wars. I tell them I wish I experienced the fourth.”

“My family are still back home – in the Gaza Strip – and they have always been living there. It is a terrible experience to talk about now, although I survived three Israeli aggression against Gaza. But this time being thousands of miles away from Gaza while my family is under threat of being entirely wiped out due to an Israeli bombardment made it harder.

“I could not sleep or leave my phone for a minute, I felt guilty and crippled that I couldn’t do anything to help my family, and at the same time, couldn’t carry on in my daily routine. One night, I got no response when messaging my family WhatsApp group for a few minutes, I freaked out… with the news flooding through my phone, I imagined that at any second any of my loved ones could be next.

“The Israeli attacks against Gaza constitute an unforgettable part of our collective childhood. The first aggression erupted while I was on my way back from secondary school. Suddenly, there was a massive and unstoppable bombardment everywhere in the Strip and near my school as well. When I finally got home – luckily safe – I heard that up to 140 young police cadets were murdered at their graduation ceremony.

“I am about to finish my Masters, but it is still not enough to go back home to get a better job. As you probably know, politics in Palestine – and the in the Middle East in general – is a male-dominated club.

“My hope is for Palestine to be free, which means the end of the Israeli occupation, the lifting of the dehumanising unjustified Israeli besiegement which has been imposed on Gaza since 2007, an end to the ethnic cleansing in Jerusalem and the West Bank. I hope my nephew (age seven) and niece (age five) have a more peaceful memory of childhood. They have already witnessed the first brutal aggression of their lives… I will return with the hope of being part of change in the future of my country toward a free, sovereign and democratic state.” 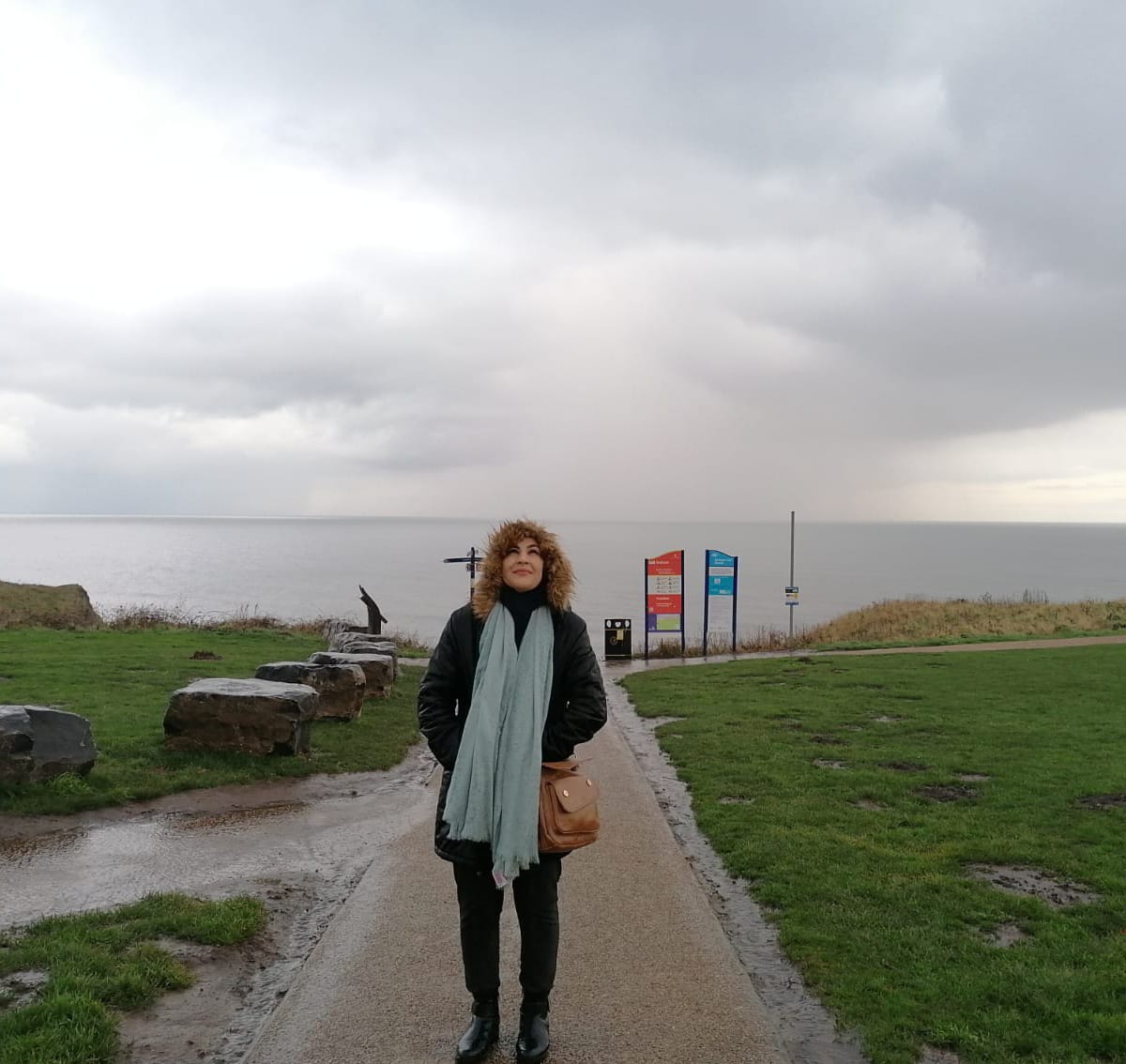 “I studied in the UK in 2014-15. I came back to Gaza and applied to some positions, and now work for the Medical Aid for Palestinians charity.

“The most recent war was terrible. It was hectic, it was crazy, and horrifying knowing that you are target for Israelis, even though you’re a civilian. But for students in the UK, it’s even worse. If you are inside Gaza with your family, it’s like ‘we are all in this together’. Whatever happens, it’s happening to every one of us. The struggle and suffering is real inside the Gaza Strip… but I can’t tell you how much worse it is to live outside. It’s destroying for people.

“When I went to the UK, I left my wife and my three-month old child, my mum, my dad, my sisters and brothers. I was tormented thinking of them. I was safe and I had freedom of movement. My family couldn’t travel outside of Gaza. One of the questions that [people would ask that] got me very angry was ‘where are you going in the holidays?’ – like where the fuck do you think I’m going? I didn’t have the luxury to go back to my country.

“After graduating, I wanted to bring my wife and my child here, because I wanted them to have a better life… I’m sorry to say it as a Palestinian, but what we are living through is so bad that it is literally hell compared to the UK.

“The UK visa system was too complicated, so I decided to go back. I don’t regret that decision. But if you offer me a position in the UK right now, on the condition that I can take my family with me, I would immediately go.” 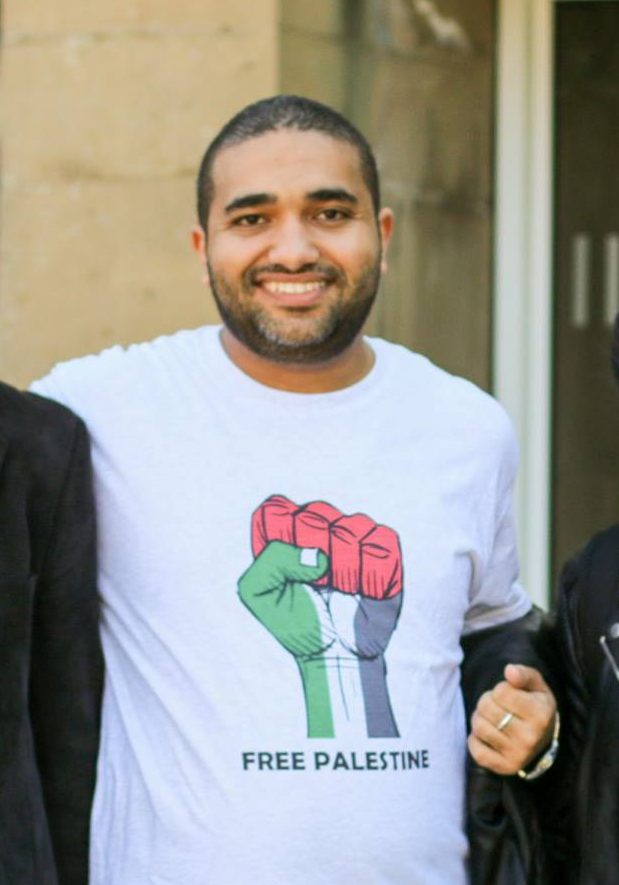 Linkedin
RELATED ARTICLES
OTHER ARTICLES
With skyrocketing rents, packed out viewings, bidding wars and more, renting in London has never been harder.
Photographer David Corio’s archive offers a glimpse inside a revolutionary era of music and nightlife.
The idea that a younger generation is abandoning work has become a popular narrative online, but it doesn’t necessarily reflect reality.
Financial turmoil is pushing people who work in the sex industry into more dangerous and desperate situations as a means of survival.
Rogue landlords are exploiting young and inexperienced renters and leaving them in mental and financial turmoil, reports Niall Hignett.
A group of young Palestinians have found temporary freedom in the act of parkour, reimagining wreckage and ruins as a series of high-octane playgrounds.