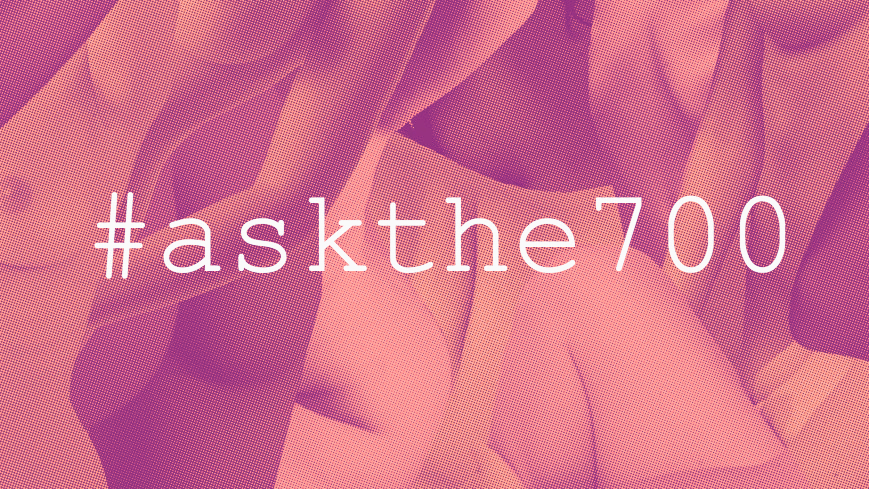 As the council puts forward a consultation to shut down the city’s lap dancing clubs, dancers are doing what they can to educate the public: ‘Feminism is having the ability to choose. It’s not a time when you should tell women what to do.’

As the council puts forward a consultation to shut down the city’s lap dancing clubs, dancers are doing what they can to educate the public: ‘Feminism is having the ability to choose. It’s not a time when you should tell women what to do.’

This summer, however, a new group are joining them. One flyer at a time, these women – campaigning under the hashtag #askthe700 – are fighting to keep their jobs as strippers.

They are protesting against an ongoing consultation which was brought forward by Glasgow City Council at the end of May. Running until the end of August, it could potentially mark the end of lap dancing clubs in the city, which would impact the livelihoods of an estimated 700 dancers across Scotland (hence the hashtag).

Last year, the Scottish government passed legislation regarding sexual entertainment venues (SEVs), giving local authorities discretionary power over licensing. As a consequence, Glasgow City Council is now holding a consultation on whether or not to reduce the SEV number to zero.

According to the law, a sexual entertainment venue consists of any premises at which sexual entertainment is provided before a live audience for (or with a view to) the financial gain of the organiser. Under the current legislation, there is no legal requirement for SEVs to be licensed in Scotland unless the premises sell alcohol – however, that might change.

The council is now seeking views on “whether a licensing regime should be adopted to licence and regulate SEV”, as well as their “appropriate number” and location, particularly in relation to schools, places of worship, businesses, charities and nearby residential areas. Should the public give enough negative feedback, lap dancing clubs would be shut down, as wished by SNP MSP Sandra White and former councillor Marie Penman, who believe strip clubs are a form of violence against women.

Having fought for the closure of strip clubs for more than 10 years, White is happy with the consultation. “It’s high time that the objectification of women was stopped,” she told STV news. “People should be made aware of what happens in these clubs.”

The issue has indeed divided the feminist community between supporters and detractors of the initiative, the first led by SWERFs (sex worker exclusionary radical feminists) willing to “save” dancers from their own job while the latter by the workers themselves. 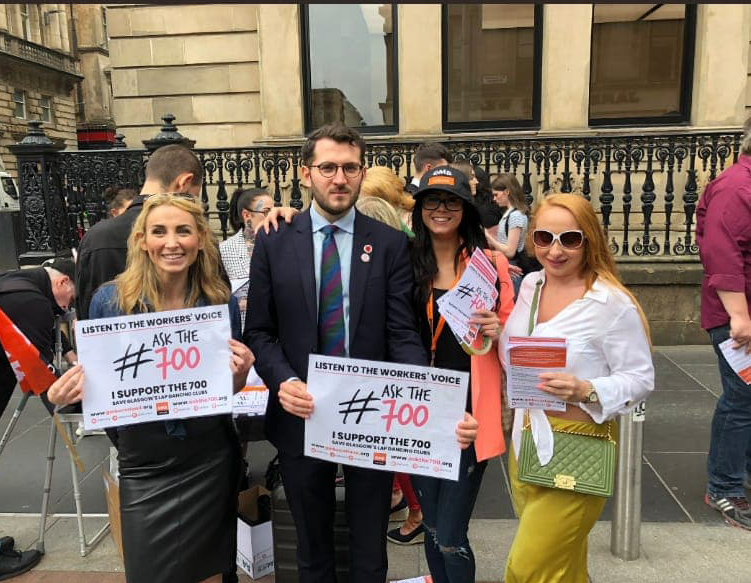 According to Megara, the new legislation proved to be a turning point in regards to empowerment but not in the way one would expect. In the past, it was the managers who fought to keep the clubs open. However, she explains, “the managers can’t really fight it because they would be called abusers and exploiters, so the girls have decided that now we are the ones that are gonna fight this. So where would you go if your job was at stake? You would join a union.” And that’s exactly what they did.

Dancers and staff from several lap dancing clubs are now unionised under GMB – Britain’s general union – which is giving them the chance to bargain collectively for their rights and make their voice heard. Their message is quite clear: they are happy about their jobs, but not the stigma that’s attached to them. They believe the only reason why clubs are being discussed at all is that people are using their own moral compass to judge the issue, which wouldn’t be accepted in any other industry.

“I’ve been spoken down in bars, never in a strip club,” says Debbie Brannan, who has worked in the industry for more than 15 years. “No one disrespects someone they want the attention of.”  According to her, strippers feel safer in their workplace than outside, where bouncers, security, and the cameras are not there to protect them from street harassers.

In regards to their working conditions, Brannan believes that strip clubs can often represent a fairer industry than many others. Although dancers are required to pay a fee, she says, they only pay it in the event that work is actually provided, which is a guarantee not many sectors give to the self-employed.

When asked about the future of lap dancing in Glasgow, she believes that the end of clubs won’t be the end of lap dancing: “if you’re a dancer, you’ll still be a dancer.” What’s more likely to happen is that dancers will have to travel around the country, or abroad, to work, potentially reducing other dancers’ income and causing friction. Alternatively, they could ask regular clubs to host lap dancing nights, thus spreading it all over town but working with unfit premises and untrained staff.

Listening to Megara and the dancers, it’s hard to believe they need to be saved. When asked about what they would change about their job, the answer was the discrimination and stereotypes surrounding the profession. They want to be able to put their current job on the CV, highlighting the transferable skills they’ve acquired – but that won’t be possible if their work continues to be misunderstood.

If you wanna contribute to #askthe700’s cause, you can respond to the consultation. Here you can find a handy guide on how to.

Linkedin
RELATED ARTICLES
OTHER ARTICLES
Photographer Melanie Nissen recalls capturing the characters, fashions and rarefied chaos of a rapidly-expanding set of punk bands who helped to redefine the genre.
With abuse of call-centre staff on the rise, many are now speaking out about the hostility they’ve faced.
A new book traces the legislation’s tumultuous history and the lasting impact its had on LGBTQ+ activism today.
Jermain Cikic reflects on his experience of visiting the island of Samos, Greece, in the summer of 2021.
The musician, DJ and founder of Monika Enterprise reflects on a career defined by revolution and rule-breaking.
Ahead of the policing bill reaching its final stages in the Lords, protestors came together to rally against the legislation.