News & Politics / Activism / Why I do what I do / Can coffee help Colombia move beyond decades of civil war? 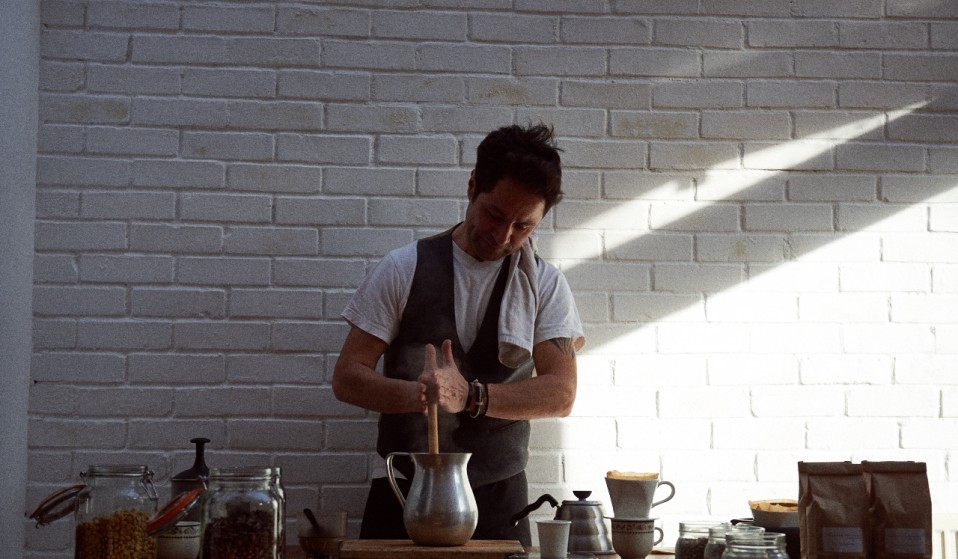 “I realised I couldn’t continue working just to make money, explains Eduardo Florez. “There was a lot of pressure on me to cheat customers, cheat the government, and cheat everyone, in order to make more money. I found I was part of cheating the tax system just like multinational corporations do and I didn’t want to continue doing that – it’s wrong.”

After becoming disillusioned with his life in the corporate world, Eduardo founded the Colombian Coffee Company, a social enterprise dedicated to improving the lives of coffee-growing communities. With coffee at the heart of peace negotiations between the government and guerrilla groups after 50 years of civil war, social enterprises like Eduardo’s could play an important role in shaping post-conflict Colombia.

Born in Colombia, Florez grew up witnessing poverty and violence in Colombia’s coffee growing areas. Years later he moved to London to study a Finance MBA at Imperial College London, with the aim of getting a job at an investment bank, which he thought was “the best you could do in life”. 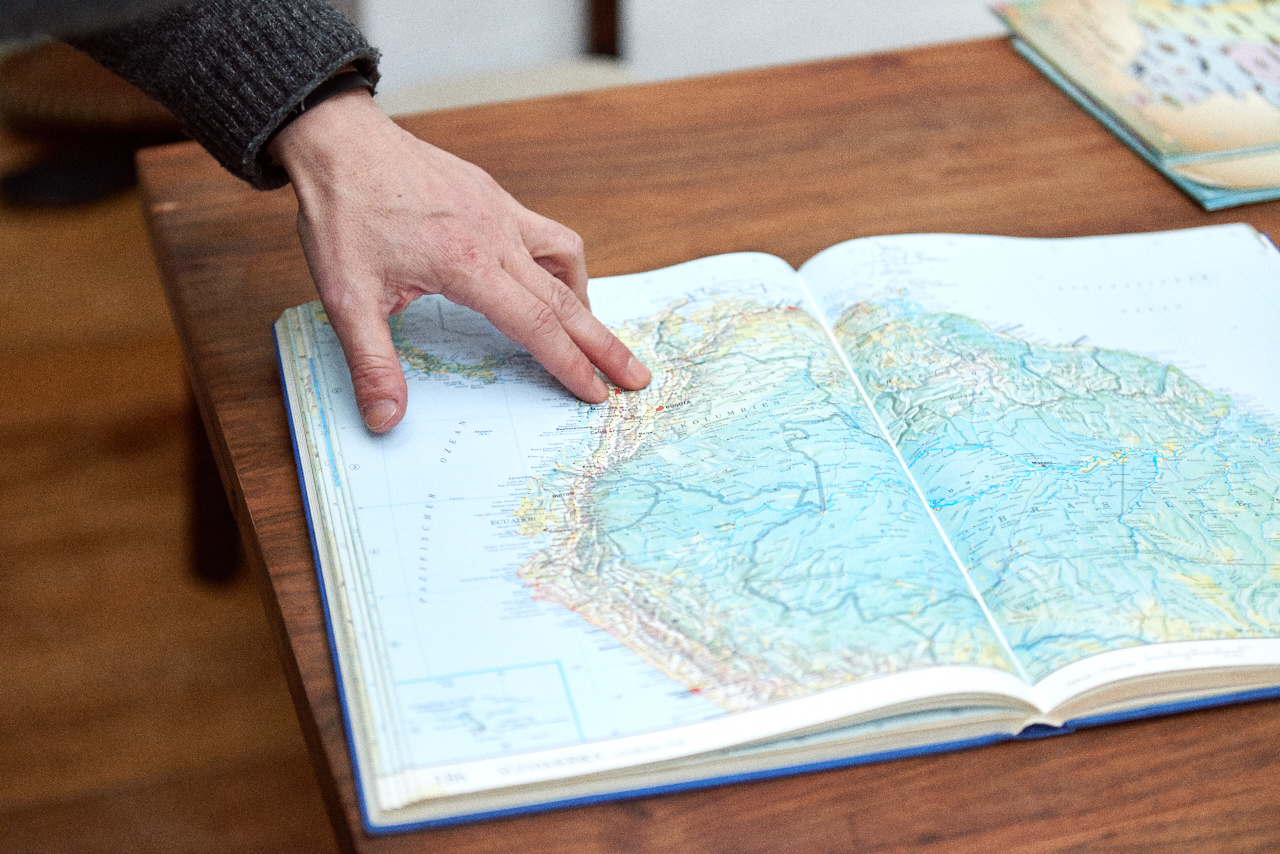 After graduating, he moved to the Canary Islands to work for a growing company, essentially harvesting money for them. He became director, but after five years, he quit: the pressure to make money at all costs, regardless of the implications, became too much.

Disillusioned, Florez returned to England to work for the Rwandan Youth Information Community Organisation (RYico). This showed him the challenges of working for a small charity marketing products from Rwanda. “The market here, especially for clothes, is very competitive,” he explains. “It was really beautiful to see the connection between the communities in Rwanda and the British fashion market. The issue the charity had was they wanted people to buy their dresses because they were beautiful, not out of pity.”

Florez was soon introduced to Bottletop, an ethical luxury fashion company who were supporting RYico. He benefited from a Vodafone Foundation grant, which allowed charities to employ professionals, and became a Bottletop employee. “Working for Bottletop, I really saw the link between grassroots projects working with community projects in Brazil and high-end fashion. I loved that connection.”

In Colombia, coffee is everywhere. It is the world’s third biggest producer of coffee and the biggest producer of speciality coffees, yet coffee contributes just three percent to national GDP, in part due to how cheaply it’s sold. Currently, coffee farmers receive just six percent of the money their coffee sells for. They are ‘price takers’ – they can’t negotiate the price they receive for their coffee. Market prices are based on futures and are controlled by investment bankers and hedge funds, so “essentially they’re the people controlling the price of coffee. How wrong is that?” 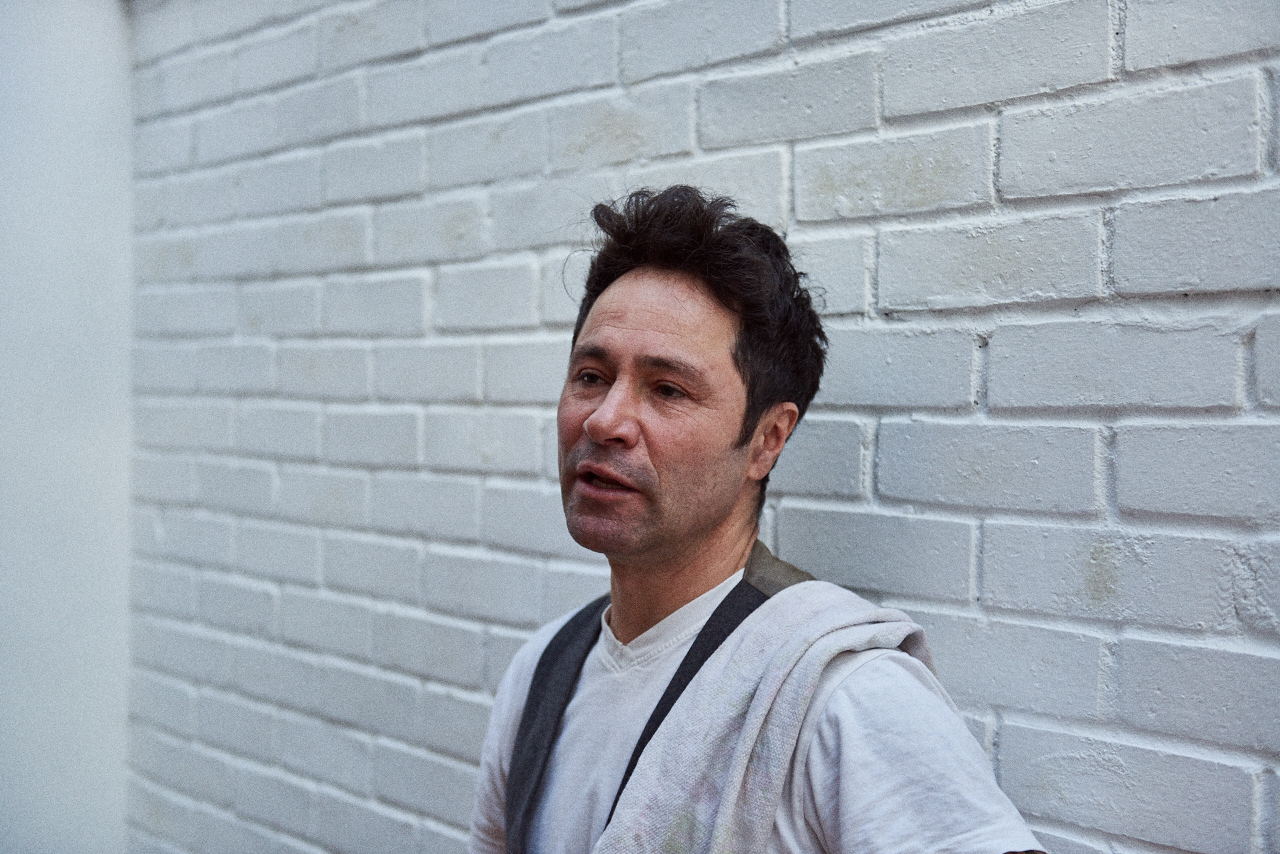 Inspired by what he’d seen at Bottletop and mindful of the conflict he’d witnessed growing up in Colombia, Eduardo went on to found the Colombian Coffee Company. The social enterprise commits to buying single-origin coffee beans directly from local farmers, and selling them directly to UK customers. This gives Colombian coffee growers more power in the supply chain and removes their coffee as a commodity for speculation on financial markets.

Profits are invested back into social projects in coffee-growing communities, like educating farmers and teaching them basic business skills in order to get a fair deal. The Colombian Coffee Company also works with a group of students from London School of Economics in order to quantify and qualify the social impact of their project in Colombia.

“We give the farmers the tools to value their coffee,” Eduardo explains. “We get them to look at the production costs and work out how much they need to sell their product for to break even and compare that to market prices. We get them to decide how much they charge, not the people buying it.”

Thirty percent of the Colombian population live below the poverty line, with nine percent living in extreme poverty. Tangled up with poverty are limited education, health services and life opportunities. “I’m used to seeing poverty and when you grow up in poverty, you don’t see that as strange because that’s your life,” Eduardo explains. “If families can begin to earn more from their coffee, it will lift their children out of poverty.

If the children of a house see that their family is making money, even if they go to study somewhere else, they will return because they know that there is a job for them – an honest job. They won’t join guerrilla groups, for instance, or end up living in shantytowns working bad jobs in the big cities. It’s an amazing possibility. That keeps me going – it’s amazing, but I see it happening.”

Florez hopes that all his work will give people a better start to life than he had. “Colombia is very violent. English people go to Colombia and say it’s beautiful, which is true, but I have those memories of violence in my house. Maybe if my family had more money it would have been less violent, because there would’ve been less pressure on my parents.” 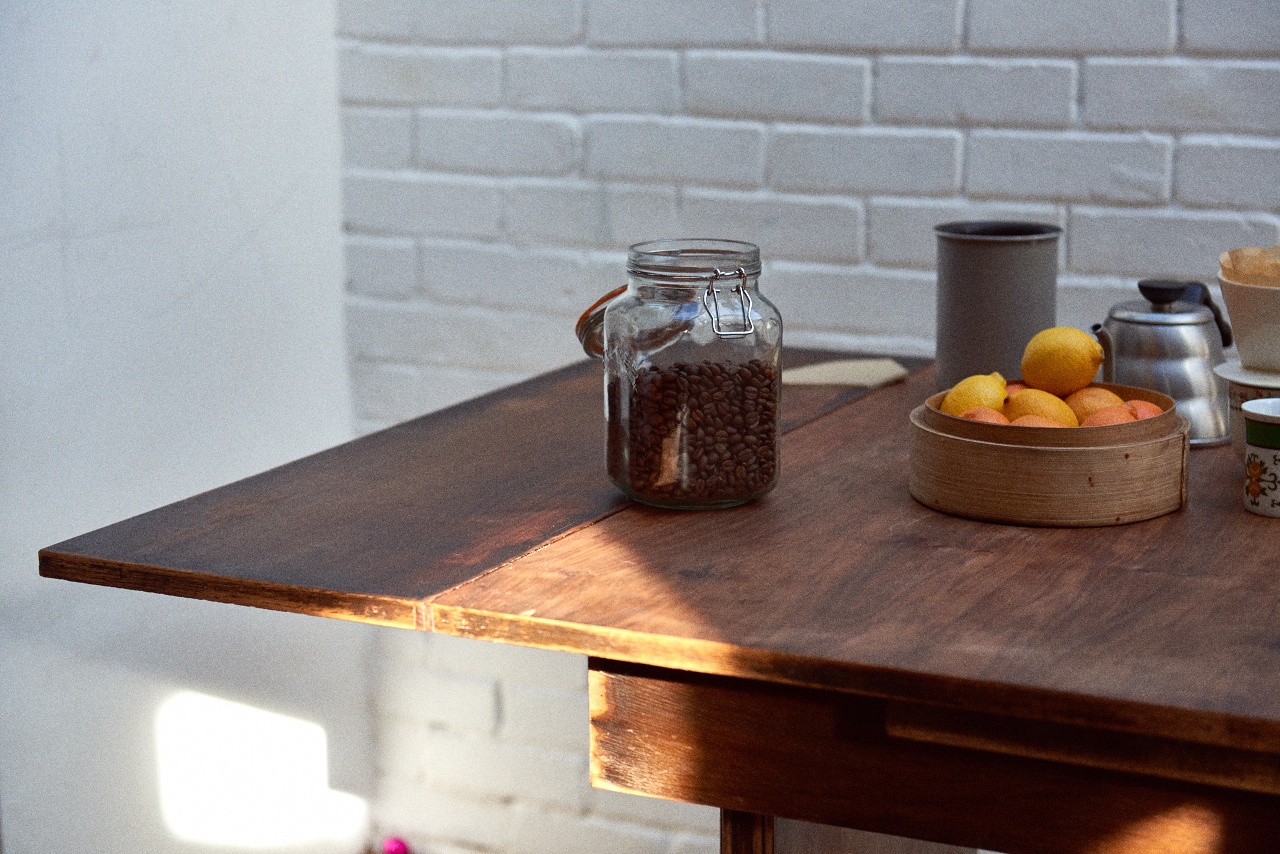 The Colombian Coffee Company only uses the best beans, which score above 85 in the coffee scoring system. They are hand-selected from the tree when they are perfectly ripe ensuring fine tasting coffee. The company also imports its coffee in very small batches, in contrast to the huge coffee chains which import their beans by the container-full.

“The kind of coffee we sell tends to sell for around £60 per kilogram,” he explains. “If the farmers in Colombia knew this, can you imagine what they’d say? They get around $1.5 per pound. I see how amazing the coffee scene is in London with the trendy coffee shops and baristas in Shoreditch. In 2012, coffee shops in the UK made £5.8billion – why can’t we share these benefits with the communities who grow our coffee?”

Florez is emotionally involved in Colombia’s peace process, which aims to end decades of conflict. The 1948 assassination of populist political leader Jorge Eliécer Gaitán sparked a period known as La Violencia (the violence) and led to civil war breaking out during the early 1960s between the government, left-wing guerrilla groups and right-wing paramilitaries. The conflict has claimed the lives of 220,000 people since 1958 – mostly civilians.

With peace talks now seemingly completed with the Farc, and the ELN rebels (the second largest guerilla group) asking to come back to the table, Florez believes coffee can play a key part in Colombia’s future. “I can see the impact of my work in Colombia,” he explains. “The Colombian government is completing peace talks with the main guerrilla group FARC (the Revolutionary Armed Forces of Colombia). This is the first time people have heard the phrase ‘post-conflict Colombia’ – there’s always been fighting. It’s always been there in the background with people fighting in the mountains, but those words give you a different way of thinking. The first point in the talks is the land reform and coffee is a very good example of how this can happen. Coffee growing is so connected with the peace process.”

Florez is trading at Borough Market, allowing him to reach a far wider audience and promote his ethical business model. Florez says that “[his] main goal is to increase that three percent [of GDP that coffee currently contributes]. If coffee was sold at a level comparable to the £60 that you see it retail for here at Borough Market, the farmers would get a fair wage. That is absolutely associated with the peace process in Colombia.”

You can join the Colombian Coffee Club, a subscription-based model sending coffee to your door each month for just £10.

Linkedin
OTHER ARTICLES
In the latest OFFF Dispatch, the enigmatic designer dives into his process, connecting the dots between his unique and varied creative output.
The revered showbiz chronicler recalls his journalistic beginnings, documenting subcultural scraps in the ’80s.
From the Yakuza to a biker gang, Bruce Gilden recounts capturing Tokyo and Osaka in the ‘90s.
In the last of our dispatches from OFFF Barcelona, Rufus Deuchler and Vincent Gault discuss the future of creative process.
Photographer Robin Graubard’s debut book offers an unflinching record of turbulence and change across the Balkans.
Following the release of his latest album God Don’t Make Mistakes, the rapper talks horror villains, police brutality and being unafraid to show his vulnerable side.