News & Politics / Activism / Why refugees were celebrating at Athens Pride 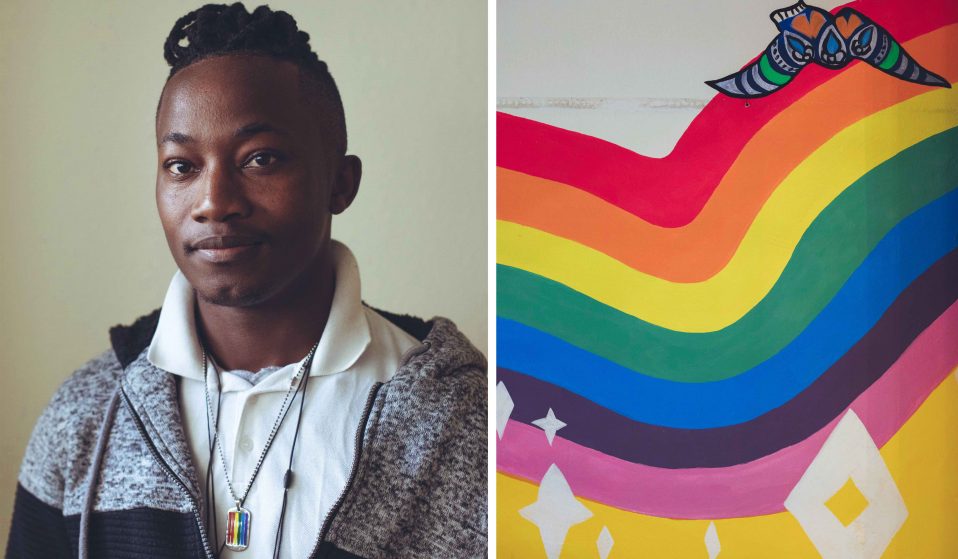 The opening of Athens’ first community centre for LGBTQI+ refugees provides a much-needed safe space for people marginalised and persecuted – both from inside and outside the refugee community.

The opening of Athens’ first community centre for LGBTQI+ refugees provides a much-needed safe space for people marginalised and persecuted – both from inside and outside the refugee community.

“When my father discovered I was gay, he said my mother must be a lesbian and he abandoned our family,” remembers Joseph, an LGBTQ refugee and activist from Uganda. “Everyone thought we were demonically possessed and they rejected us. Everything bad that happened in the village was blamed on my family.”

Uganda is one of the hardest places in the world to be gay. Homosexuality has been against the law since the country was under British colonial rule and can still be punished with life imprisonment. After being kicked out of his village at 19, Joseph hid his identity and went to Uganda’s capital, Kampala. Three years later, he returned home in the hopes of seeing his family, but villagers told him: “Never come back.”

That night, a mob formed to murder him. Joseph escaped but they killed his mother and sister in revenge instead. After fleeing to neighbouring Kenya’s sprawling Kakuma refugee camp, Joseph learned his father had been imprisoned by police and tortured to death.

Homophobic attacks and abuse are an ongoing problem in Kakuma – and Kenya as a whole. So, like thousands of others, Joseph decided his only hope for safety was to attempt the long and perilous journey to Europe. He crossed Africa by lorry, then the Mediterranean by boat, to arrive at the notorious Moria camp on Lesvos. 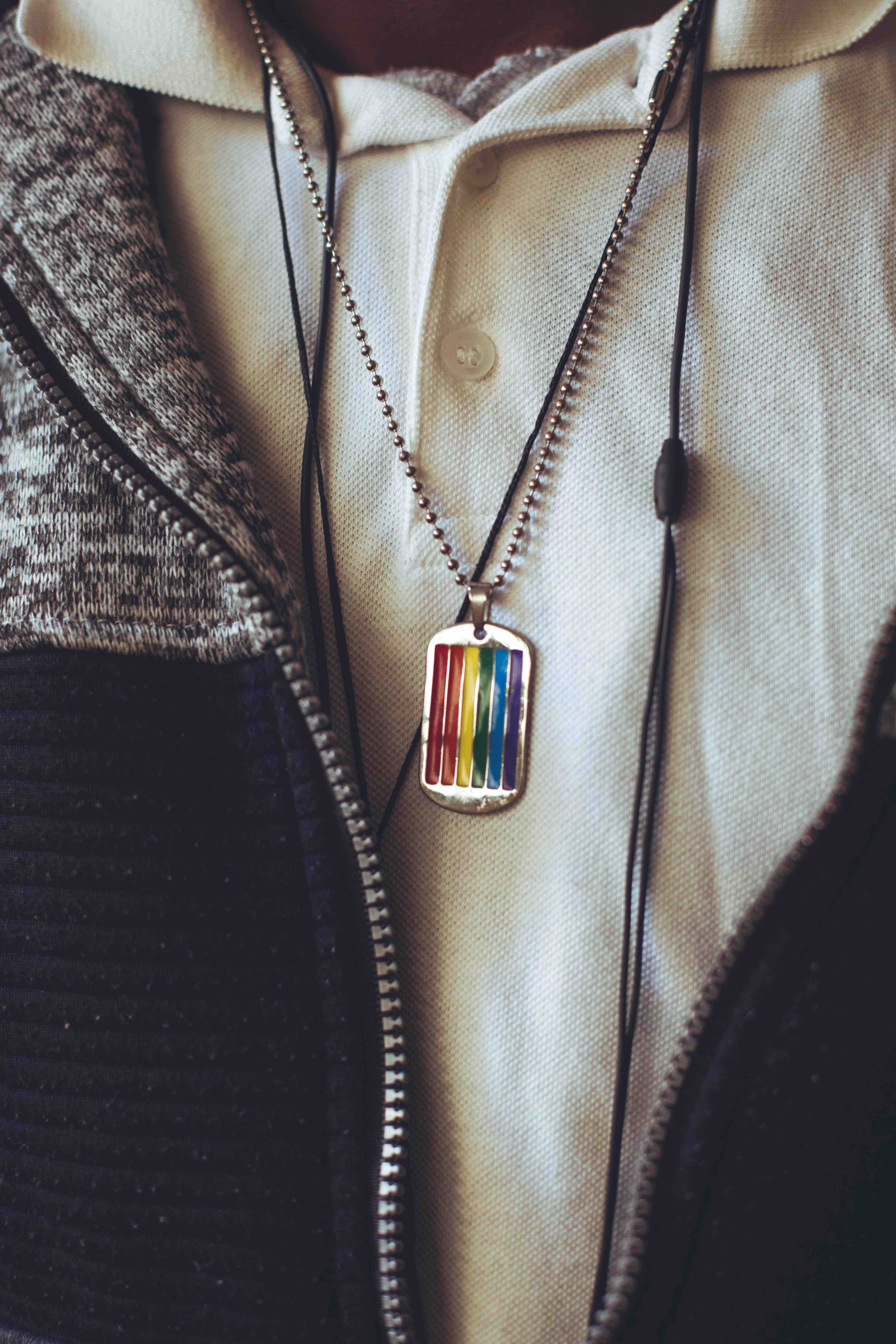 With relocations to the rest of Europe moving at a snail’s pace, Greece has become a bottleneck for refugees, and many official camps are four-to-five times over their capacity. With provision stretched to the limit, LGBTQ refugees face particularly severe challenges as they are often marginalised and persecuted both from inside and outside the refugee community – facing homophobia, denial of support, sabotaging of their asylum claims by homophobic translators and, sometimes, physical attacks.

After making it to mainland Greece, Joseph struggled to survive. He found work but his employers withheld his salary. Later, through Orange House, he met Justin Hilton, an American philanthropist and founder of Safe Place International in July 2017, and began helping him to acquire and furnish apartments for Athens Housing Collective (AHC), which provides accommodation for LGBTQ refugees.

Today, Joseph is AHC’s project coordinator. He helps new arrivals find their feet, work through the traumas they have overcome, as well as the challenges they face going forward. The regular programme is for six months, but some need more time and support. The cooperative has supported 150 beneficiaries to date and currently there are 46 residents in Athens – but they want to grow to support 100 people at any one time. 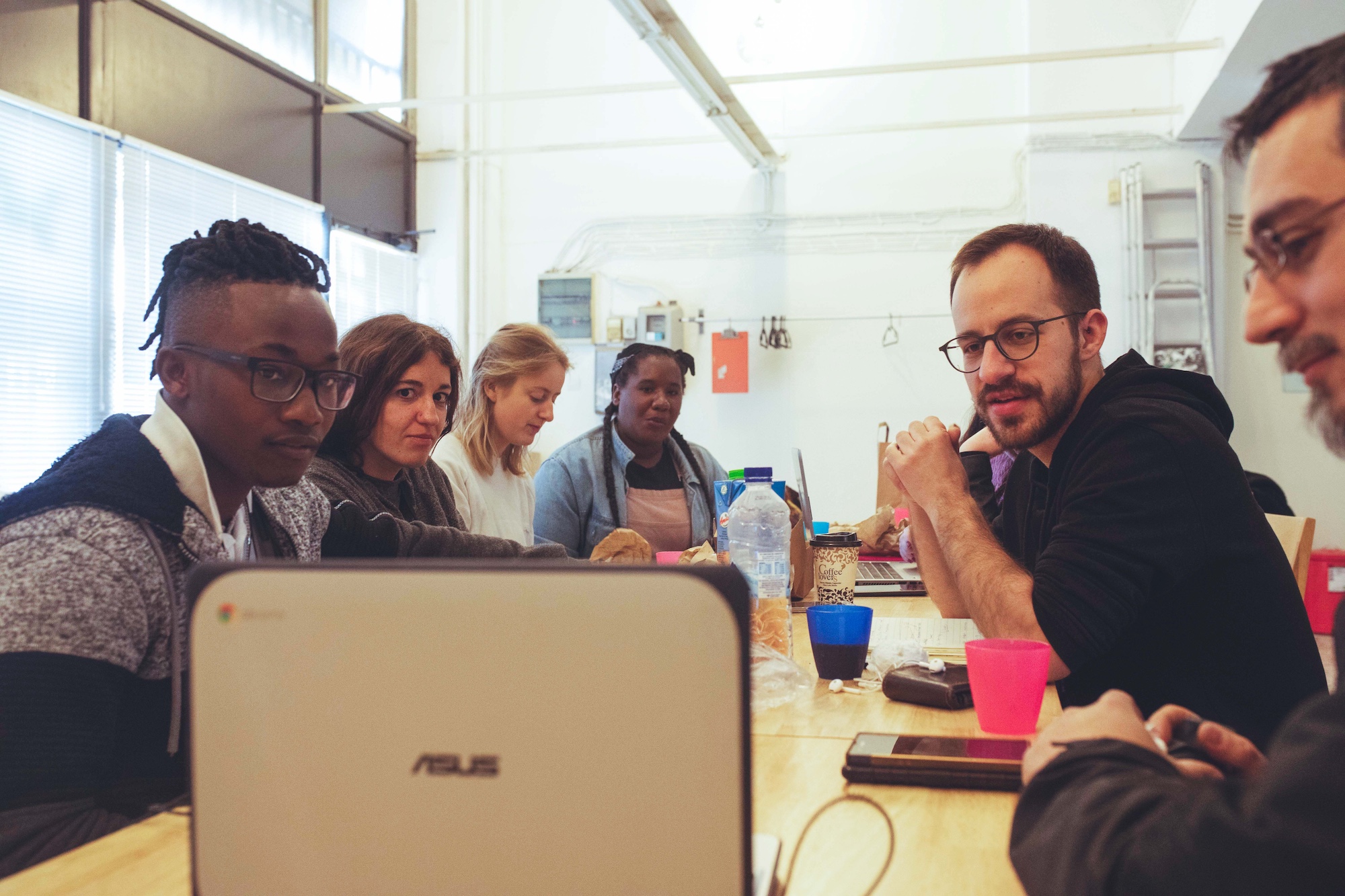 “Most of our residents come through the Greek islands – Lesvos or Samos, for example – so the traumatic experiences there leave many with depression,” Joseph explains. “The first two months with us are spent resting and recovering, then we work with them to assess their needs and help with their next steps; counselling, medication, language or employment training, legal assistance and other support.”

One of the residents Joseph works closely with is Sakar, who was formerly a nurse for the elderly in Iran. Sakar doesn’t want to talk about the circumstances that forced her to leave Iran, but her experiences left her with ongoing mental health issues. She lived in Athens for six months before finding AHC, sleeping in parks, then at the Babylon LGBT squat in the semi-autonomous Exarcheia neighbourhood (which has since been evicted by police, as authorities ramp up their campaign against Athens’ refugee squats and self-organised spaces). She says life there was tough and many straight people lived there, too.

Sakar’s hands are covered in tattoos, symbols like diamonds and crosses; a code that references her experiences in Iran, her journey to Europe and her life in Athens. Today, she says she feels safe. She enjoys the English classes and social events with other residents because these give her something to focus on, suppressing the torment that rages inside her and the pain she feels for leaving her young son back in Iran. “These things make me forget my bad thoughts,” she says, welcoming the stability she has to work on trying to reunite with her son.

“Upon arriving in Athens, refugees face homelessness while waiting months for housing from government, NGOs and grassroots organisations or squats,” explains Rachael Worthen, a coordinator at Safe Place Greece. “LGBTQI+ individuals in particular face a continuation of the very persecution they fled in their home country within multinational mixed accommodation settings. The LGBTQI+ community are doubly marginalised and denied a safe space. Barriers they face range from daily micro-aggressions and language barriers, to a lack of LGBTQI+ aware health and mental health services, homophobic/transphobic attacks and sexual violence, to exploitation through prostitution and survival sex.” 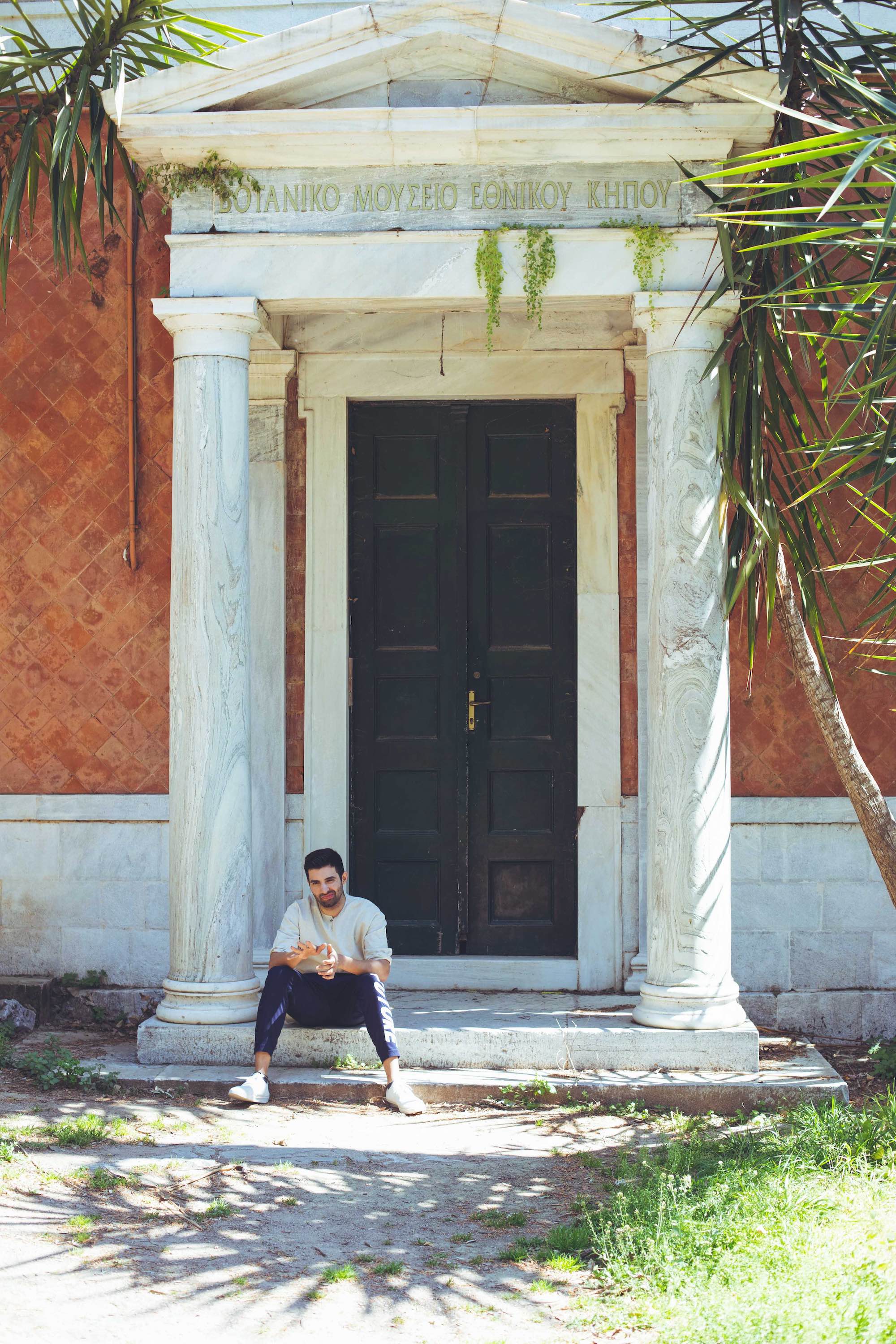 Progress on LGBTQI+ rights in Greece have long lagged behind the rest of Europe, but recent years have seen significant steps forward in both legal rights and social acceptance — yet homophobic attacks are still a regular occurrence.

Manasif was forced to flee Pakistan after members of his own family tried to kill him for being gay. He struggled on the streets of Athens before eventually finding accommodation with AHC, who also helped him enrol in hairdresser training. This is the first step on his journey to becoming a fashion designer – his dream from a young age, but one which caused him to be persecuted at home in Pakistan.

After graduating from AHC, Manasif moved into UNHCR housing, but with many refugees in similar circumstances facing eviction, he still lives a very precarious existence. “I fear what happens when eventually I have to leave the accommodation,” he says. “It will be hell, I will have nothing.”

The official opening of Athens’ first community centre for LGBTQI+ refugees has been timed to coincide with the enormous Athens Pride celebrations this weekend. Run by Safe Place Greece, the centre provides food, educational and fitness classes, workshops and washing and cooking facilities — but, above all, a much-needed safe social space.

For Manasif and others, the centre provides an important place to connect with the wider community and they will attend this weekend’s Pride celebrations together, alongside other local groups. Following a number of high-profile homophobic attacks, it represents an important opportunity to build bridges of solidarity between refugee and Greek LGBTQI+ communities.

“I can be true to myself here,” Manasif reflects. “Yes, I’m happy. In my past life I would never say I’m gay. Here, I feel safe, I feel open. I left my name and everything at home. Greece is also racist but no-one knows about me, so I’m free.” 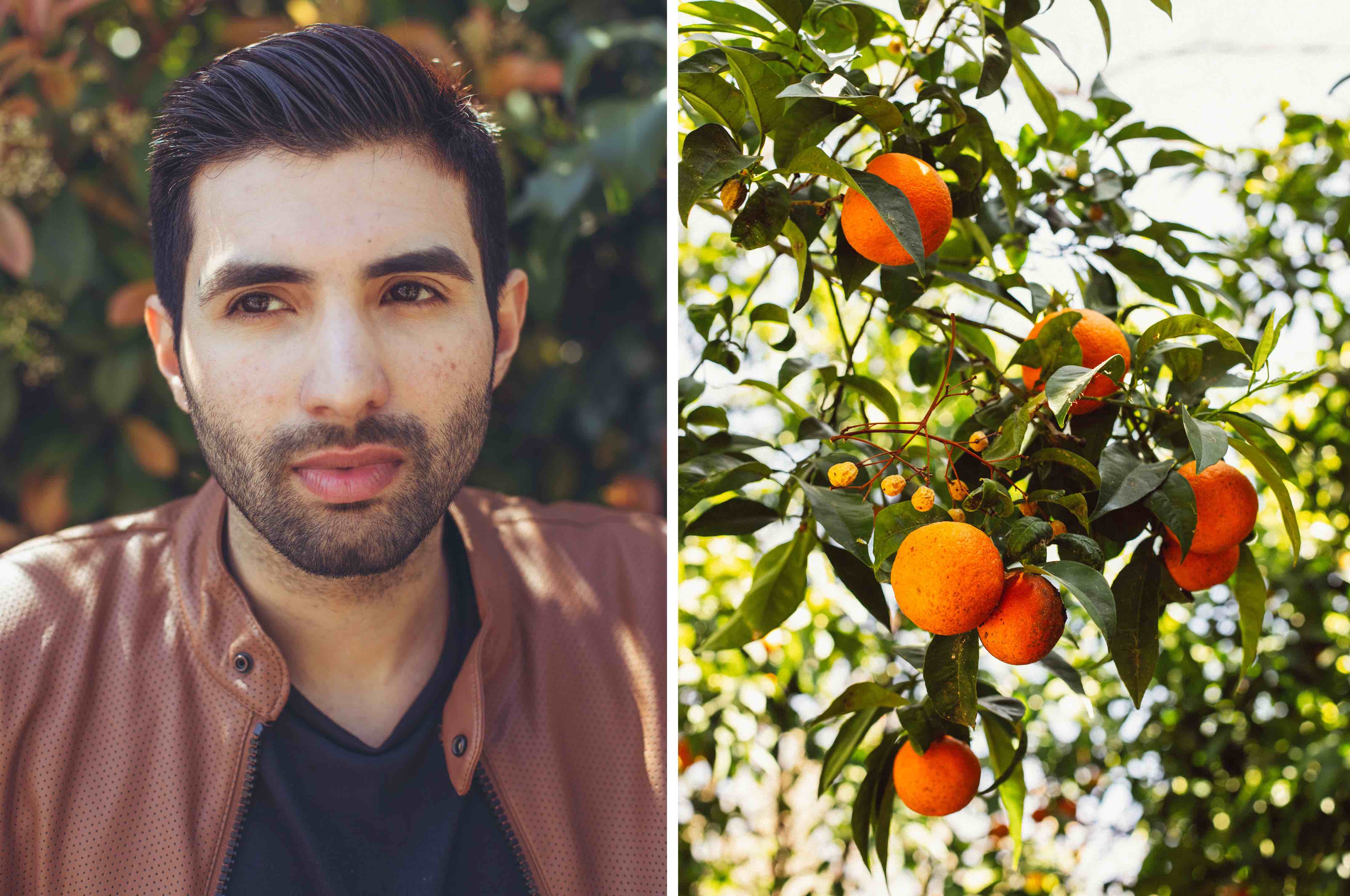 Linkedin
RELATED ARTICLES
OTHER ARTICLES
The government is scrapping the Human Rights Act in a move that will hit marginalised people hardest.
The situation in Afghanistan remains dire, with many groups facing persecution at the hands of the Taliban.
Our new magazine is here, starring the inimitable Mitski. Order your copy now and join us on a trip around the world.
The author discusses her blistering new novel about history, revolution and queer love.
A group of Ukrainians living in Poland are helping Ukraine withstand Russia’s brutal invasion by buying supplies and shipping them directly to the war’s frontlines.
In the latest OFFF Dispatch, the enigmatic designer dives into his process, connecting the dots between his unique and varied creative output.