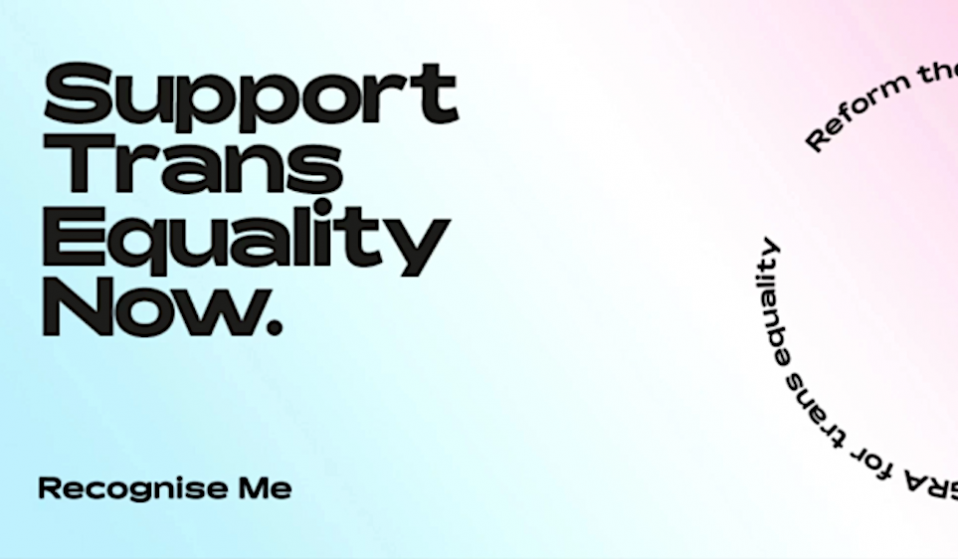 This week, the government is asking the public to share their thoughts on vital new rights for trans, non-binary and intersex people. This could be a huge step forward – but only if our allies speak out.

This week, the government is asking the public to share their thoughts on vital new rights for trans, non-binary and intersex people. This could be a huge step forward – but only if our allies speak out.

The Gender Recognition Act 2004 allows transgender people to be legally recognised by the state as their ‘preferred’ gender. It was ground-breaking legislation for trans people when it was first introduced, but now it is no longer fit for purpose.

The GRA currently requires that transgender people sit through months of extensive and intrusive interviews with psychiatrists, undergo invasive medical checks, receive a clinical diagnosis of gender dysphoria and ‘prove’ that we have been living as our ‘preferred’ gender for two years, before a panel of strangers decides if we are who we say we are. There is a campaign underway to change this to a process that allows transgender people to self-certify and, in response, the UK government launched a public consultation to determine how the Act should be reformed.

A system of self-certification, as they currently have in the Republic of Ireland, is exactly what it sounds like. A trans person says they are male/female/non-binary and we trust that they know themselves better than any “expert.” At present, non-binary people have no legal recognition at all under the current GRA.

I am a transgender man. When I realised I was attracted to women when I was a teenager, I didn’t have to seek anyone’s permission to come out as a lesbian. I didn’t need a medical diagnosis, nor did I need to demonstrate that I had been living as a lesbian for two years before I was granted the full gamut of lesbian privileges. No doctors wanted to see my genitals. I didn’t have to tell psychiatrists about every sexual partner, fantasy or what I masturbated to. I realised I was a lesbian, so I told people and that was enough. When it comes to my gender, however, I had to do all those things and more.

Scare stories abound about what this will mean in terms of men trying to access women-only spaces, but the reality is this act only harms trans people. It treats us like medical freaks and reinforces society’s view that there is something ‘wrong’ with us.

A move to a system of self-certification would not only demonstrate that society trusts trans people to know what is in our own best interests, but it would also send a message that we do not need other people’s approval to be who we truly are.

Recognise Me, a new campaign from Vice and Stonewall, is calling on the UK Government to make these changes to the Gender Recognition Act. You have until 11 pm on Friday (October 19th) to speak up for trans rights and reform it.

Linkedin
RELATED ARTICLES
OTHER ARTICLES
In the latest instalment of Photographers in Conversation, the chronicler of raves, protests and beyond explains why he’s drawn to such specifically visceral environments.
Freddie Miller’s new series of photographs investigates who today’s trainspotters are and what drives their unfettered enthusiasm.
Wealth inequality and the rising cost of socialising is placing a strain on people’s relationships, reports Eve Upton-Clark.
In the wake of the decision by the supreme court to overturn Roe v Wade, thousands of protestors filled the streets to express their rage and anguish.
Proposals to introduce a minimum GCSE threshold for student loans will disproportionately affect those from marginalised backgrounds.
Curator Antoine de Beaupré discusses his immense record collection and what it tells us about the intersection of music, photography, art, and commerce.