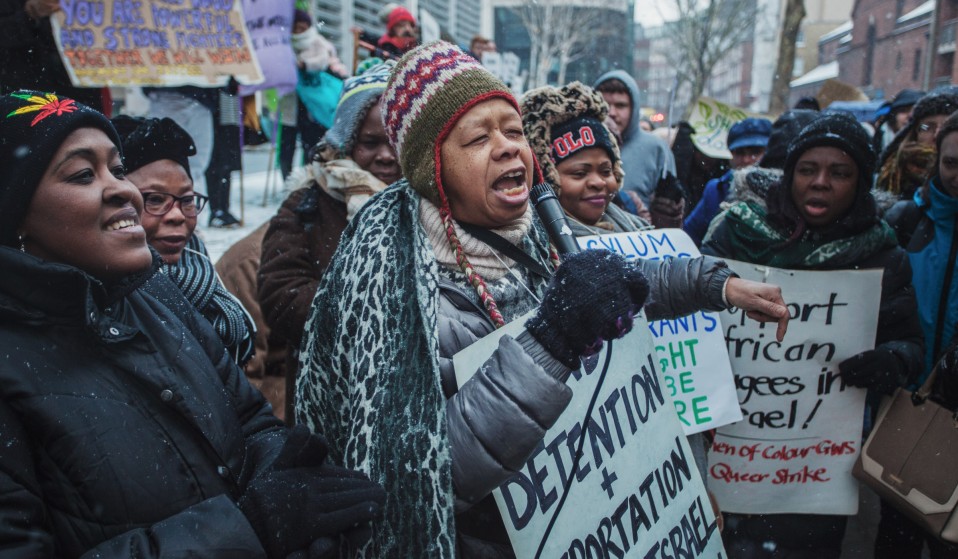 Up to 120 women being detained at Yarl's Wood today enter the ninth day of a hunger strike, demanding change in the inhumane immigration detention system.

Up to 120 women being detained at Yarl's Wood today enter the ninth day of a hunger strike, demanding change in the inhumane immigration detention system.

In February 2015,  Theresa May (at that point Home Secretary) announced an independent review into the ‘policies and procedures affecting the welfare of those held in immigration removal centres’, to be led by former Prison and Probations Ombudsman Stephen Shaw. Britain’s approach to immigration detention is widely seen as inhumane,  quasi-prisons, often run by outsourced companies with little accountability such Serco and Mitie, which have vulnerable asylum seekers and refugees locked away inside them.

Those imprisoned are held without trial simply by virtue of the country in which they were born. Unlike in any other European nation, it’s deemed legally acceptable here to lock people up in detention centres indefinitely. The abuse faced by those inside is well documented. 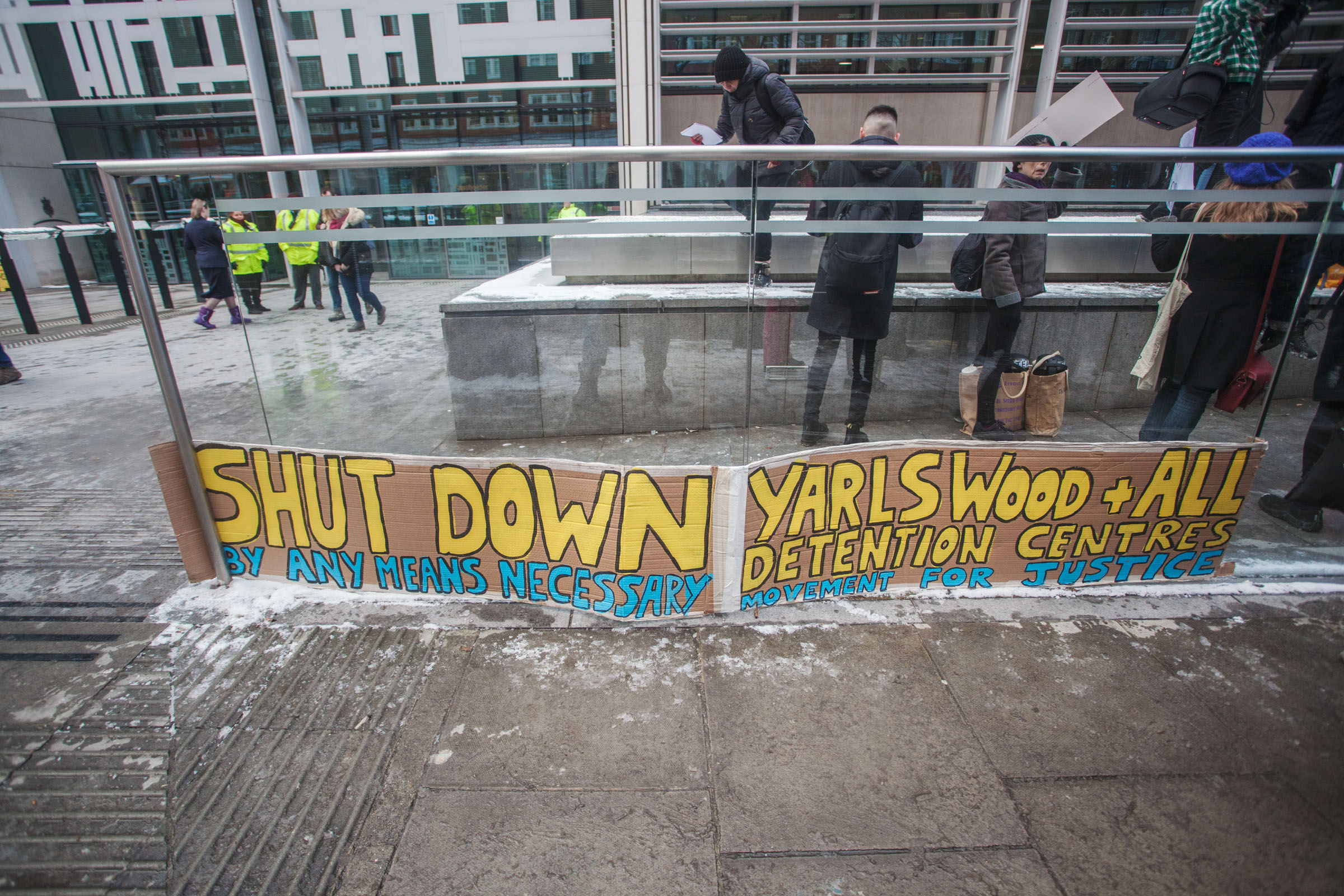 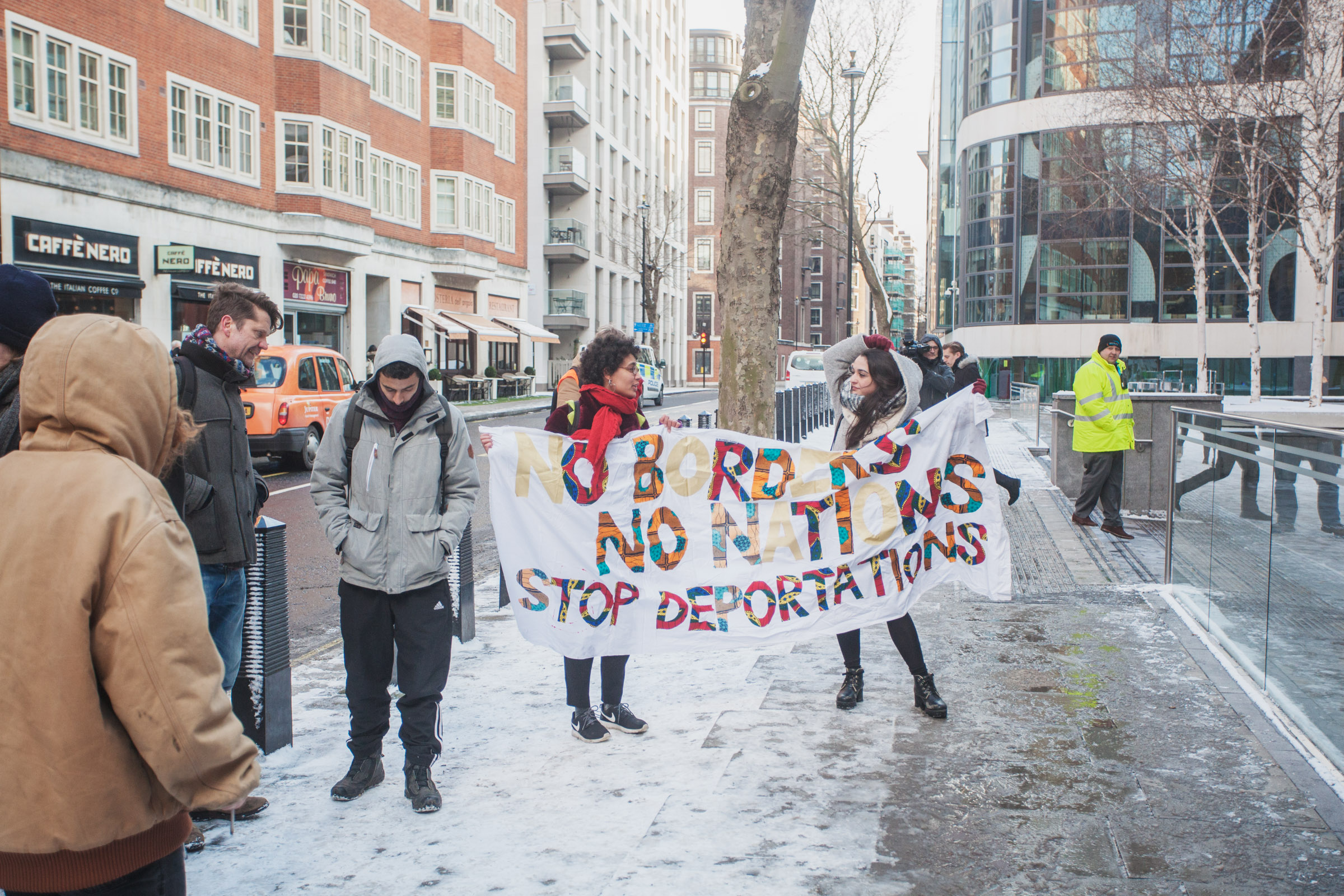 Following Shaw’s review, a 352 page document was published back in January 2016. It makes for damning and difficult reading.

Shaw’s report recommended a wide reaching programme of reform to the immigration detention system, with 64  recommendations. The then Immigration Minister, James Brokenshire, accepted ‘the broad thrust’ of the report and its findings.

Two years later, 120 women detained indefinitely in Yarl’s Wood Detention centre in Bedfordshire are entering the second week of action in protest against the inhumane system of detention. It seems very little has changed.

Initially a hunger strike, the action escalated this week after the Home Office refused to acknowledge the strikers or their demands. In a statement released via the Detained Voices blog, striking women inside the centre stated that “from 26/02/2018 we will cease to participate in detention. we will; not eat, use the facilities or work for them. the detainees are thus staging an all out strike against the home office’s immoral practices. Our demands are for a fair system and an end to the hostile environment policy towards people with legitimate reasons to stay in the U.K.” 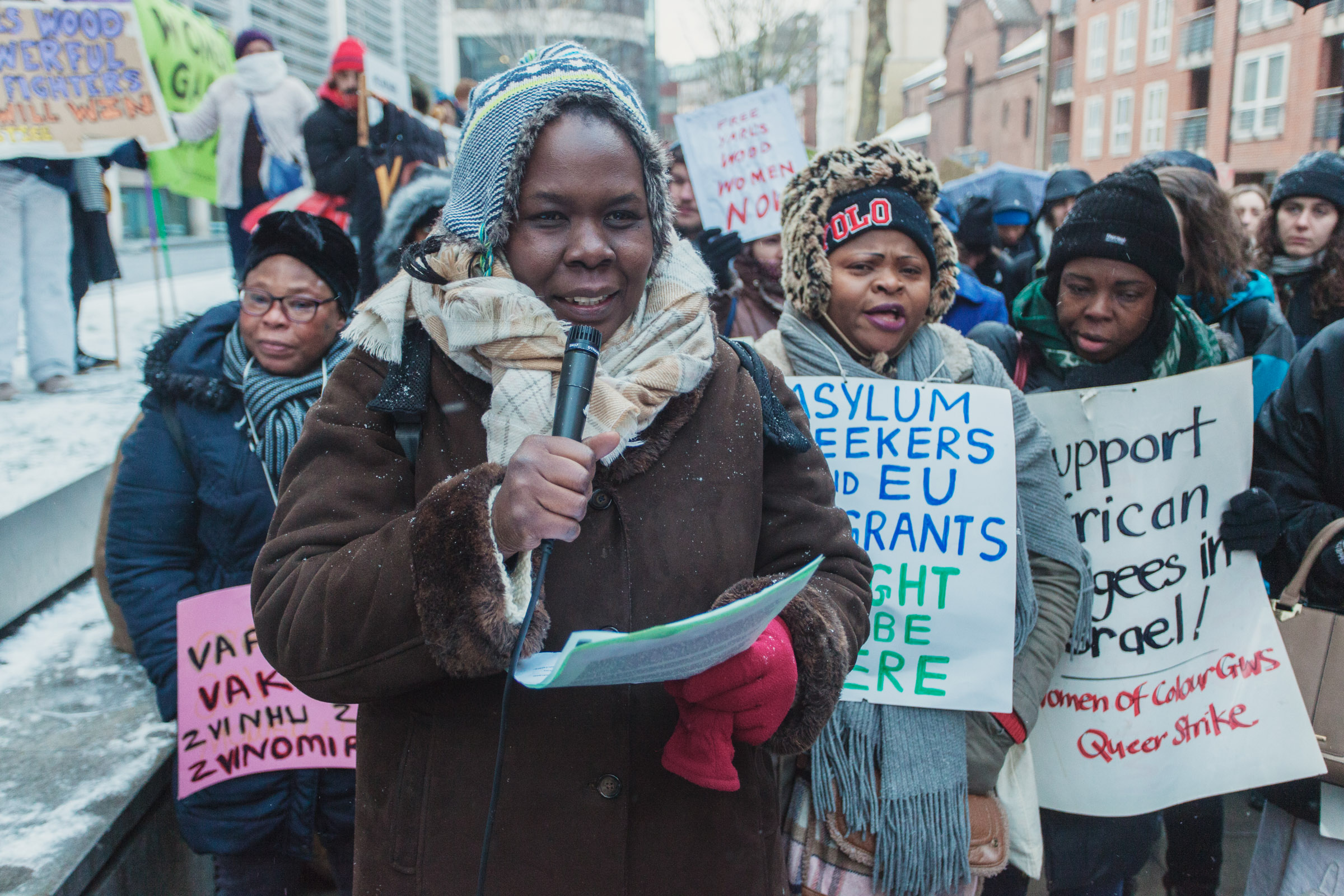 What followed was a list of fifteen specific demands, including a call to end to indefinite detention and charter flights which deport people from Britain, access to adequate healthcare provisions and recognition of rape as torture. Some of those detained are forcibly removed via secretive charter flights. These flights, which leave in the dead of night, remove approximately 2,000 people each year and have been heavily criticised by campaigners who have labelled them dangerous and immoral.

Strikers in Yarl’s wood have reportedly faced intimidation from guards, including threats that protesters would be put in solitary confinement or sent to prisons. This morning, it was reported on the Detained Voices twitter that one striker was called to the main office by Serco officers to talk about her health and her reasons for participating in the strike. While she was there, her belongings were allegedly collected and she was informed that she was being forcibly deported to India where she faces the threat of serious abuse.

On Thursday,an emergency demonstration saw hundreds of people brave freezing conditions outside of the Home Office in London. Phone calls with the strikers were broadcast over the pa system, whilst speeches from those who have previously been in detention urged continued support and action in support of the protestors. 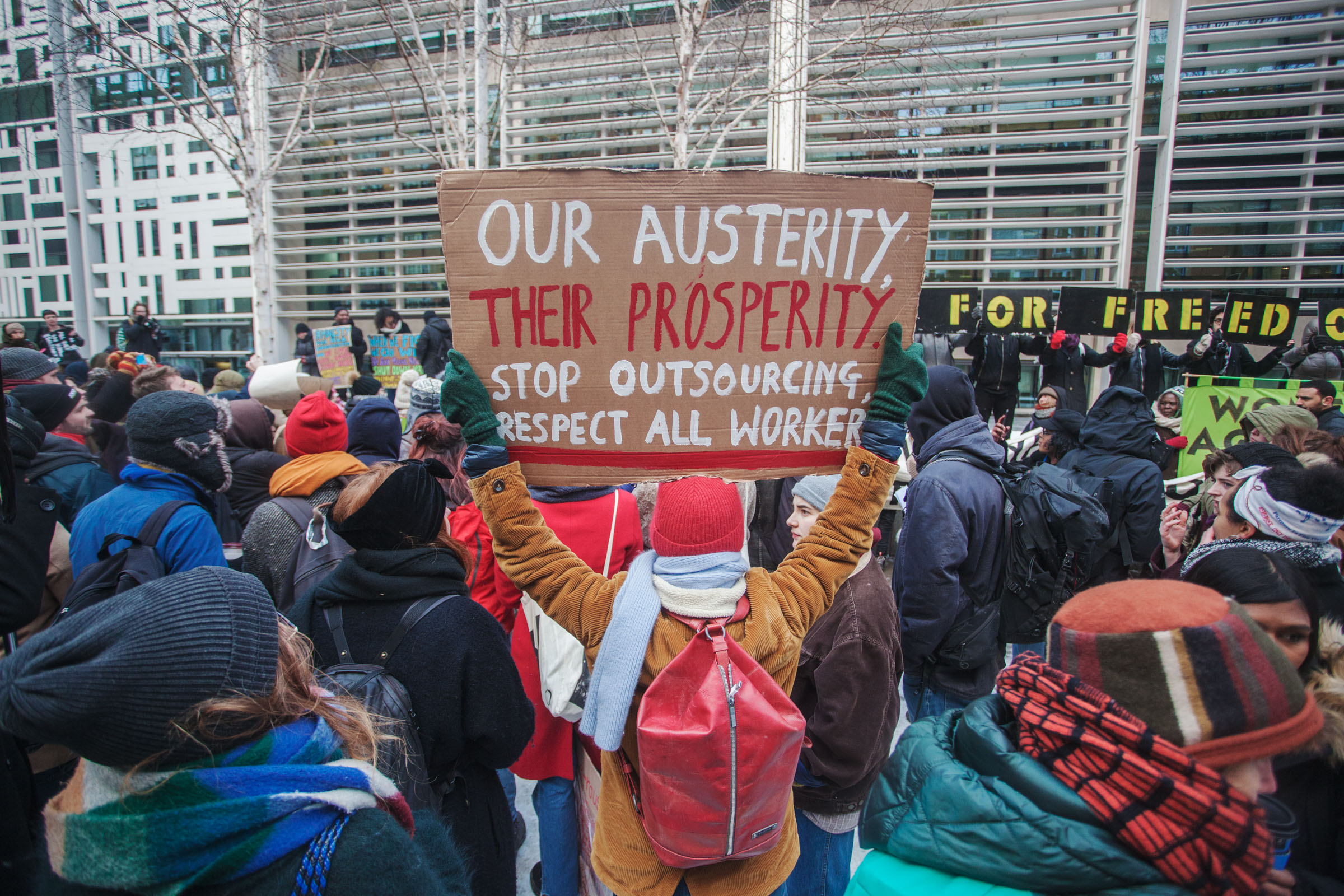 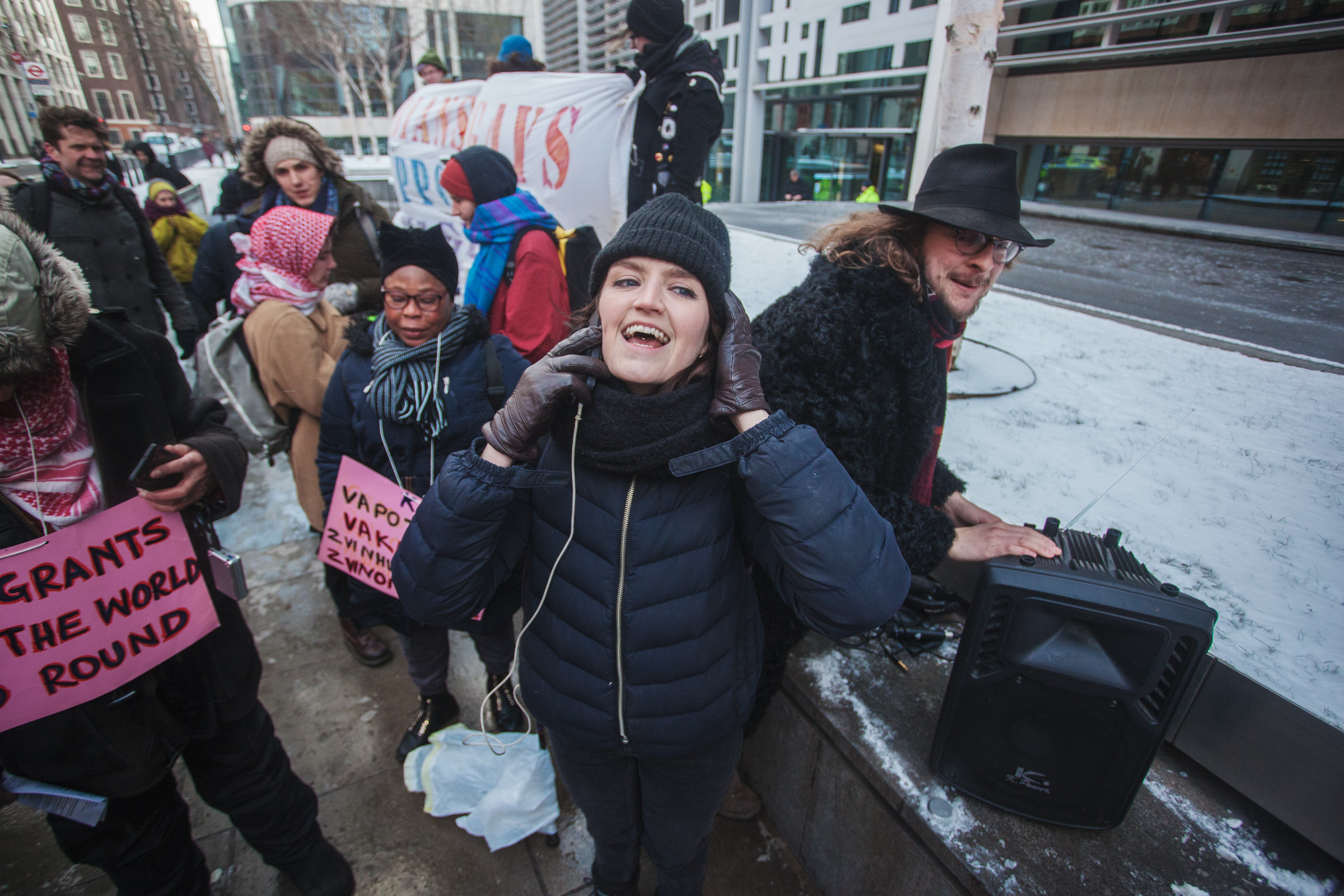 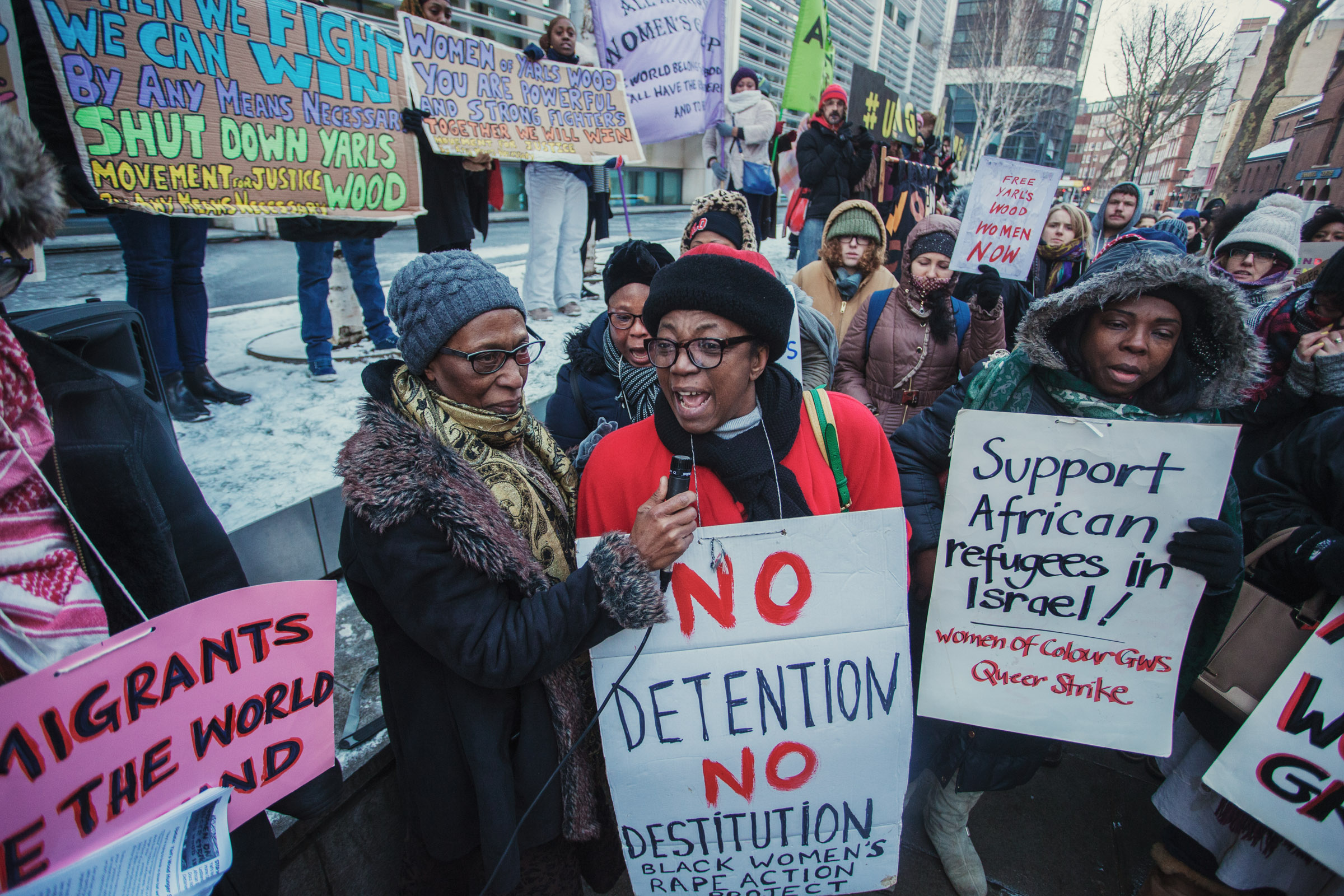 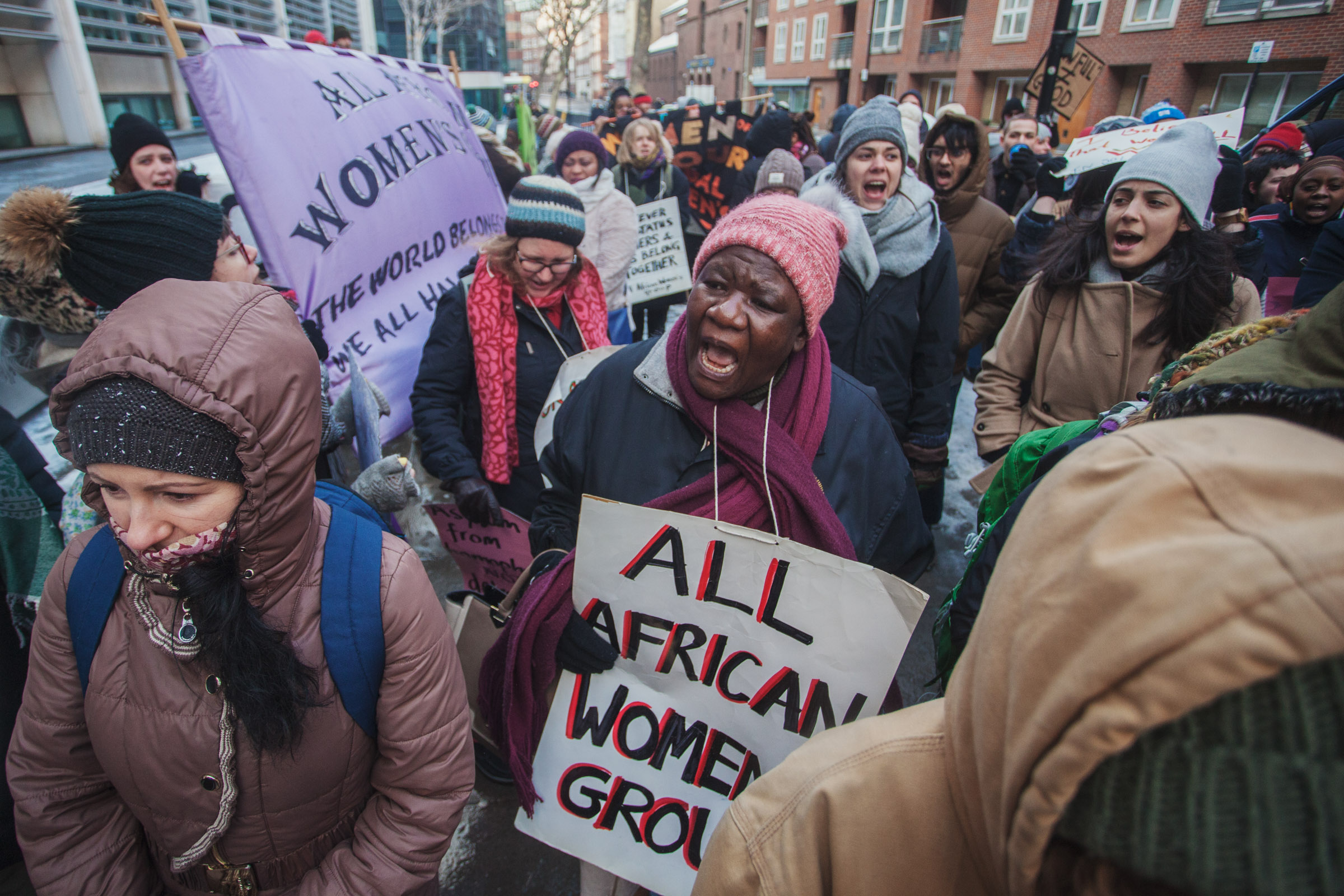 In response, the Home Office has stated that “detention and removal are essential parts of effective immigration controls, especially in support for the removal of those with no lawful basis to stay in the UK. We take the welfare of our detainees very seriously and any detainees who choose to refuse food and fluid are closely monitored by on site healthcare professionals.”

Detainees and campaigners have consistently labelled detention harmful and unnecessary. Last week Shadow Home Secretary Diane Abbott, who has called for an end to indefinite detention, visited the centre and met with the strikers. One of them wrote:

“I watched all the women sat all around her and her assistants/political advisors telling her about their individual cases, how long they have been here and so on and I stood there just looking at the desperation, it was like their lives depended on this woman and I felt sad.

But still it was good that she came, anything that raises is our spirits is welcome. It made the environment slightly less hostile for a short time and gave an oppressed people hope. I wish I could hope.”

Linkedin
RELATED ARTICLES
OTHER ARTICLES
The revered showbiz chronicler recalls his journalistic beginnings, documenting subcultural scraps in the ’80s.
From the Yakuza to a biker gang, Bruce Gilden recounts capturing Tokyo and Osaka in the ‘90s.
The government’s failure to take long Covid seriously has led to the formation of a group campaigning for the thousands of forgotten victims of the illness.
The government is scrapping the Human Rights Act in a move that will hit marginalised people hardest.
After news broke last week around an expected reversal of the 1973 landmark law that made abortion legal in the US, protestors gathered in the UK in support of American women.
In the last of our dispatches from OFFF Barcelona, Rufus Deuchler and Vincent Gault discuss the future of creative process.