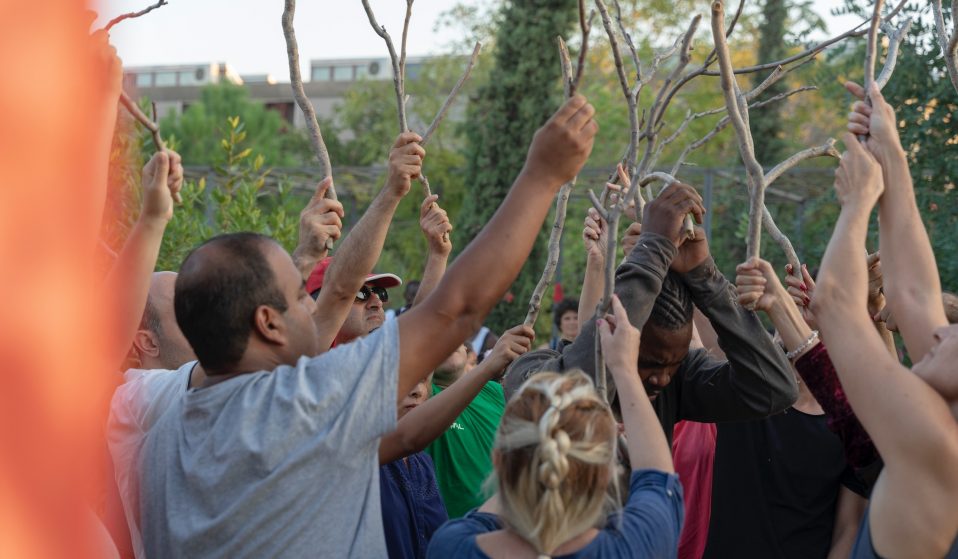 This year, the grassroots ‘festival without borders’ came to Athens – uniting locals, refugees, and citizens from all over the world.

This year, the grassroots ‘festival without borders’ came to Athens – uniting locals, refugees, and citizens from all over the world.

A group of small children from Syria are throwing down some crazy shapes under the trees in the grounds of the Athens School of Fine Arts. Their parents are getting involved too – albeit with slightly less manic energy than their kids. Looking around the crowd, there’s a group of Africans from a local LGBTQI+ refugee organisation, some Greek hipsters, and the volunteer organisers of this raucous affair, from the Manor House warehouses, a creative community in North London.

The Yellow Days Festival was born to promote and celebrate fun-filled, cross-cultural interactions just like this one. The ‘festival without borders’ held its first edition on Leros in 2017, next to one of the notorious Aegean island refugee ‘hotspots,’ and its second took place in Athens in late September 2019. This time it was even bigger and brought together groups from the local Greek community, the refugee community and others who had come from far beyond Greece’s borders to take part. Held over three days, in a space decorated as a giant installation made from recycled rubbish collected from across Athens, the jam-packed programme included talks, art, theatre, live music and workshops.

Friday night kicked off with an intense Dabke session, led by The Syrian and Greek Youth Forum (SGYF). Dabke is a joyful traditional folk dance usually performed at weddings and festivities across Lebanon, Jordan, Syria, Palestine and Iraq. “Dabke is about connecting people together, in a circle, on one dance floor,” explains Wael Habbal, a musician and co-founder of SGYF. “Eight of us were playing our hearts out, the energy got so high we couldn’t handle it. So many people got involved from around the world. They loved it, we loved it.”

Wael is from Syria and has been in Greece for the last five years. Like many others who have escaped war and survived traumatic experiences, for Wael, expressing himself creatively has been an important outlet, helping him to relieve stress and connect with others. Alongside his work as cultural mediator and activist, he draws political cartoons and is taking lessons in playing the daouili, a drum used folk music around the Eastern Mediterranean, so he can teach it to others. 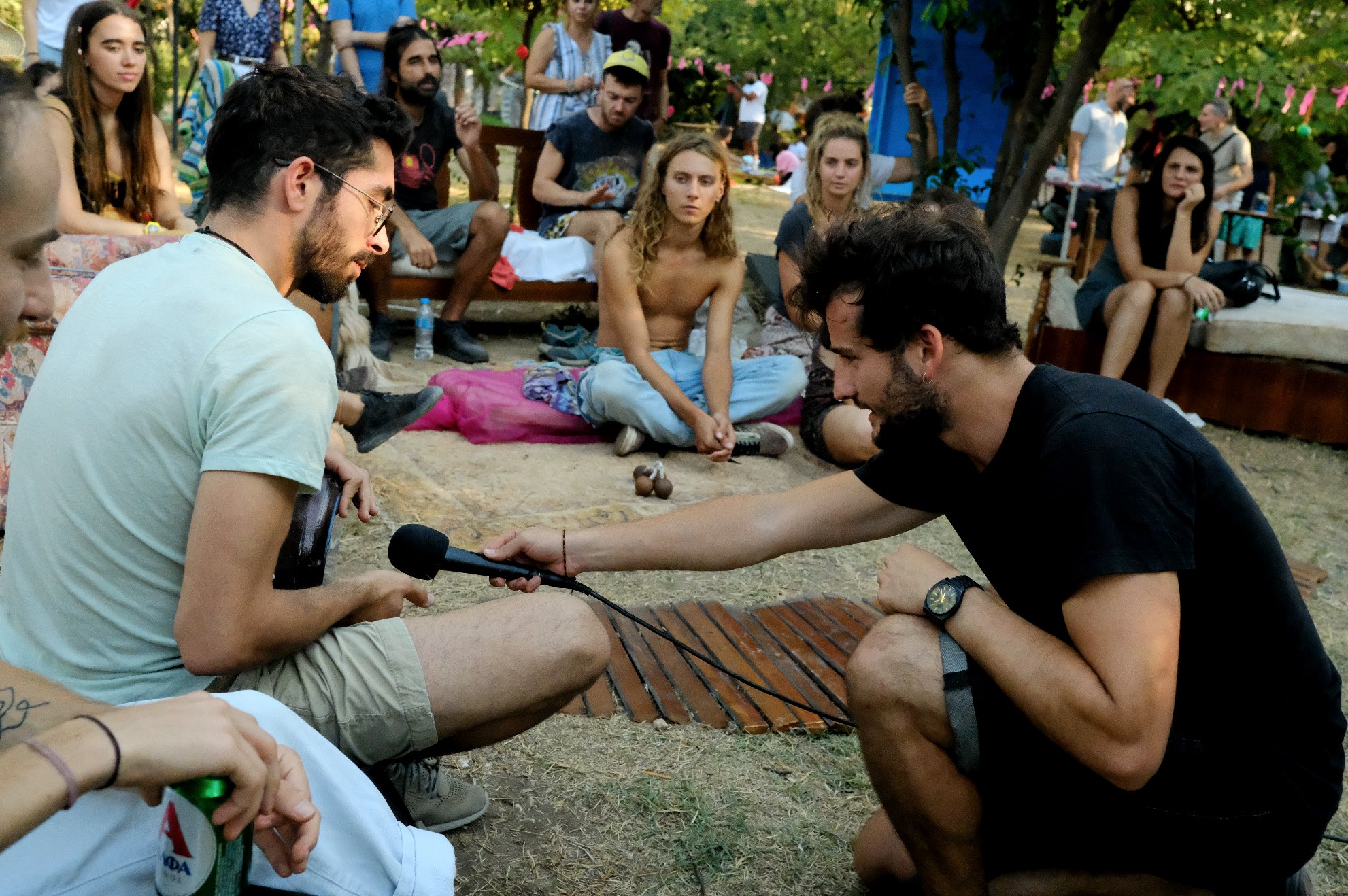 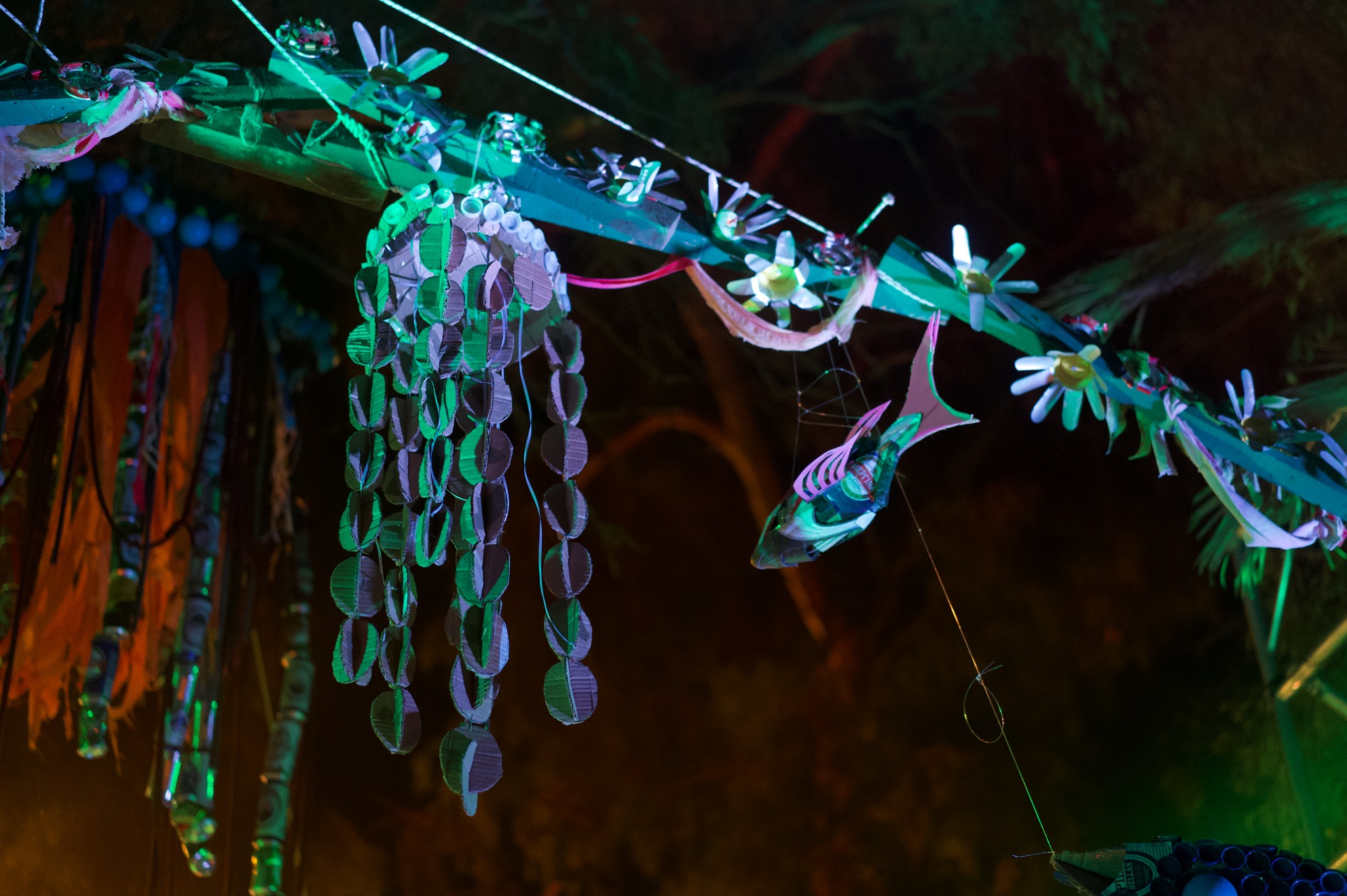 After volunteering in Lesvos and in Athens, Wael realised the power of creativity and community action and founded SGYF with four other likeminded activists in 2018. “One of the most significant things we did was stop saying ‘We are refugees,’” Wael explains. “No, we are active citizens of Athens. Music and art is a great way to break the ice between different groups. We have used them to erase boundaries and develop our networks.”

SGYF organises a wide range of community building, inclusion, employment and cultural activities for refugees, asylum seekers, Greeks and second-generation immigrants. After getting involved in the early stages, The Yellow Days Festival provided a platform for SGYF to collaborate and make new connections with other groups in Athens and further afield. Over the long weekend, they ran the dabke dance and workshop, a networking event, clowning for kids, a free traditional Syrian dinner for all attendees and performed their first play – a moving experience for both actors and audience.

“We’ve always believed theatre is an important way to communicate your thoughts,” Wael explains. “We wanted to present the refugee experience as a journey of empowerment. We chose to show the struggle of course, but also that we didn’t only lose things; we gained positive experiences, we learned things and we empowered ourselves.”

SGYF were just one of a huge range of humanitarian and cultural groups who Yellow Days’ organisers brought together to lead sessions and events on everything from plastic crochet to recycling juggling tools and improvisational dance practices.

“The whole philosophy behind the festival is to celebrate active humans who are making big changes and doing cool stuff, to recognise them and provide a platform for networking,” explains Yellow Days founder Nina. “The success of the festival – a gathering of over 1,000 people from more than 30 different cultures – proved what we believe: that if you create a space of tolerance and equality, people forget about labels like ‘tourist,’ ‘local’ and ‘refugee,’ to just be humans, share and create something together.” 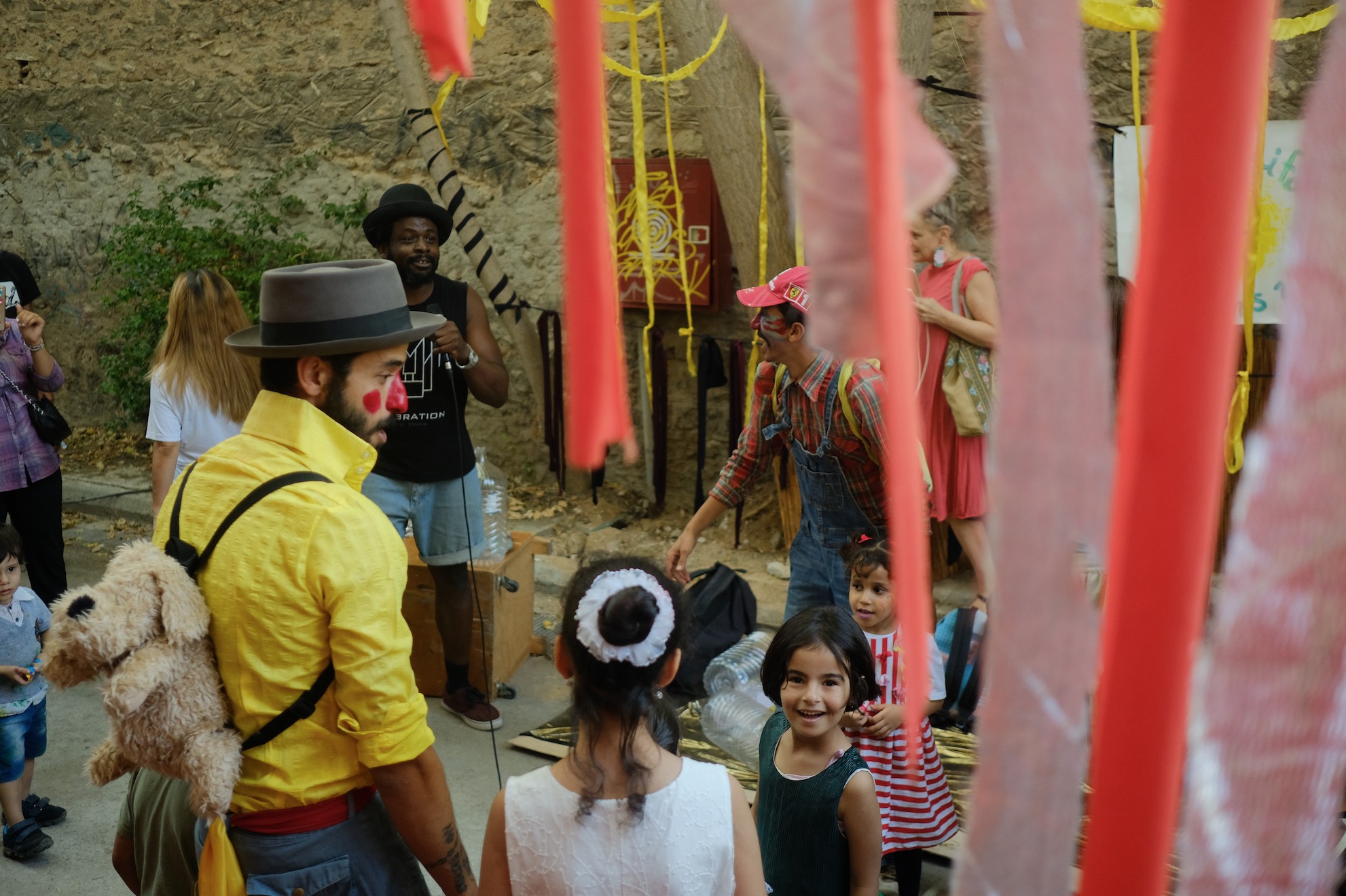 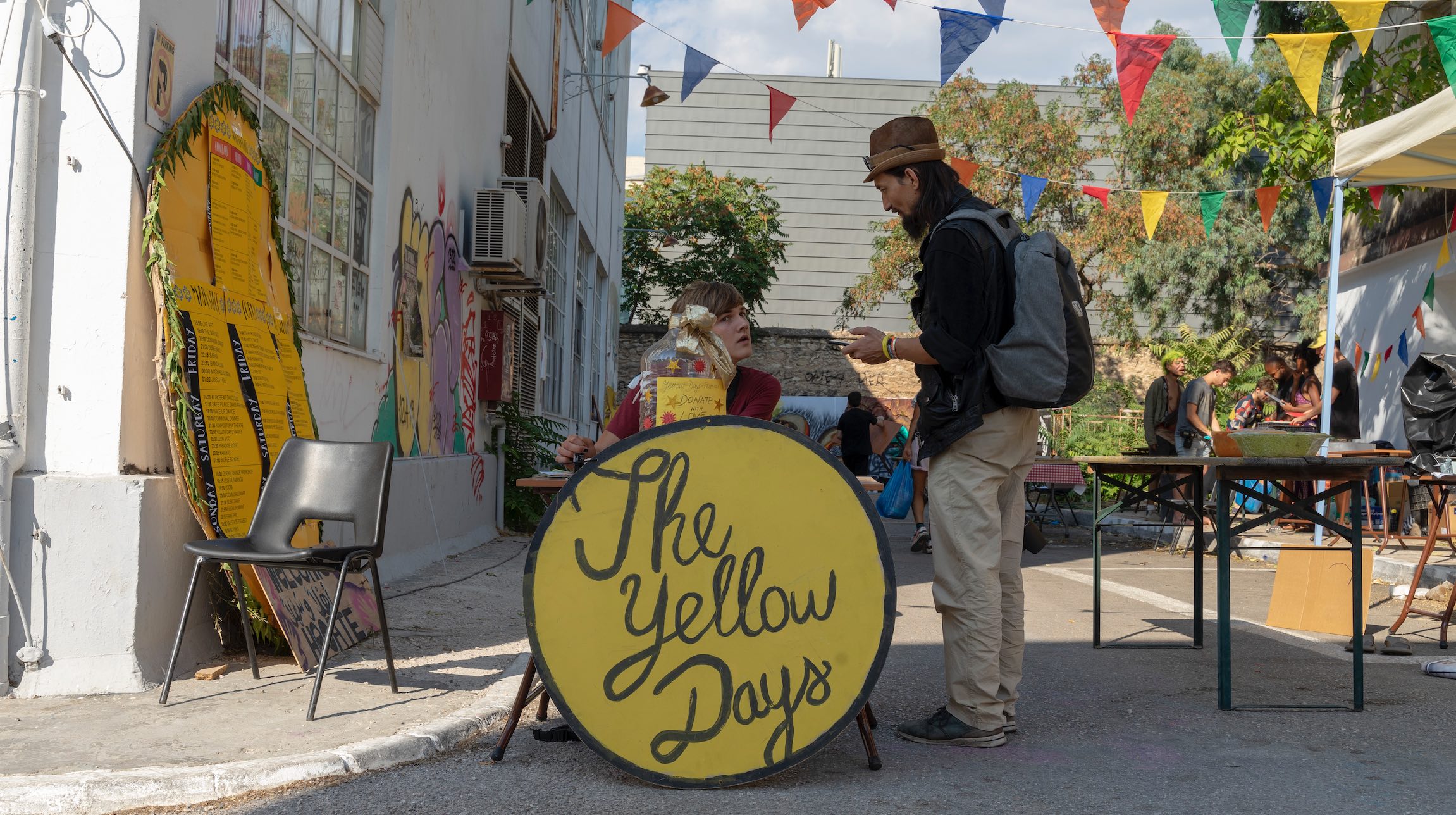 The Yellow Projects is a not-for-profit organisation from London who throw parties and run events around Europe which create awareness and raise funds for the Yellow Days Festival. All events are free and any income is donated to different grassroots groups, such as Steps, Hope Cafe and SGYF’s crowdfunder to buy a van.

“But it’s not the money, it’s love that is key to this festival,” fellow co-founder India Rose continues. “After our first festival on Leros, we saw what a positive impact something creative and fun like this could have. The move to Athens was to help us bring more grassroots collectives and groups together, to build a stronger network of changemakers, so we can be a more powerful force, together, even after the festival comes to an end.”

The future for The Yellow Days is establishing a permanent cultural centre in Athens which will allow them to continue providing cultural, education and networking activities all-year-round – and SGYF are key partners. After being an integral part of the months of work and preparation that went into the three-day festival, Wael knows that creating an inclusive cultural space will be a major undertaking. But he’s up for the challenge, because he believes that SGYF working together with Yellow Days can have a profound effect on community relations in Athens.

“People who survived war, we call ourselves ‘survivors by coincidence,’” Wael says. “If you are a person who was given a second chance, it gives you the drive and the energy to work twice as hard. I stayed in Greece because I realised there is a gap and I wanted to do something. My whole purpose in life is to make a change. Because when you make a change you never die – your body may be gone, but your impact and your ideas live on.” 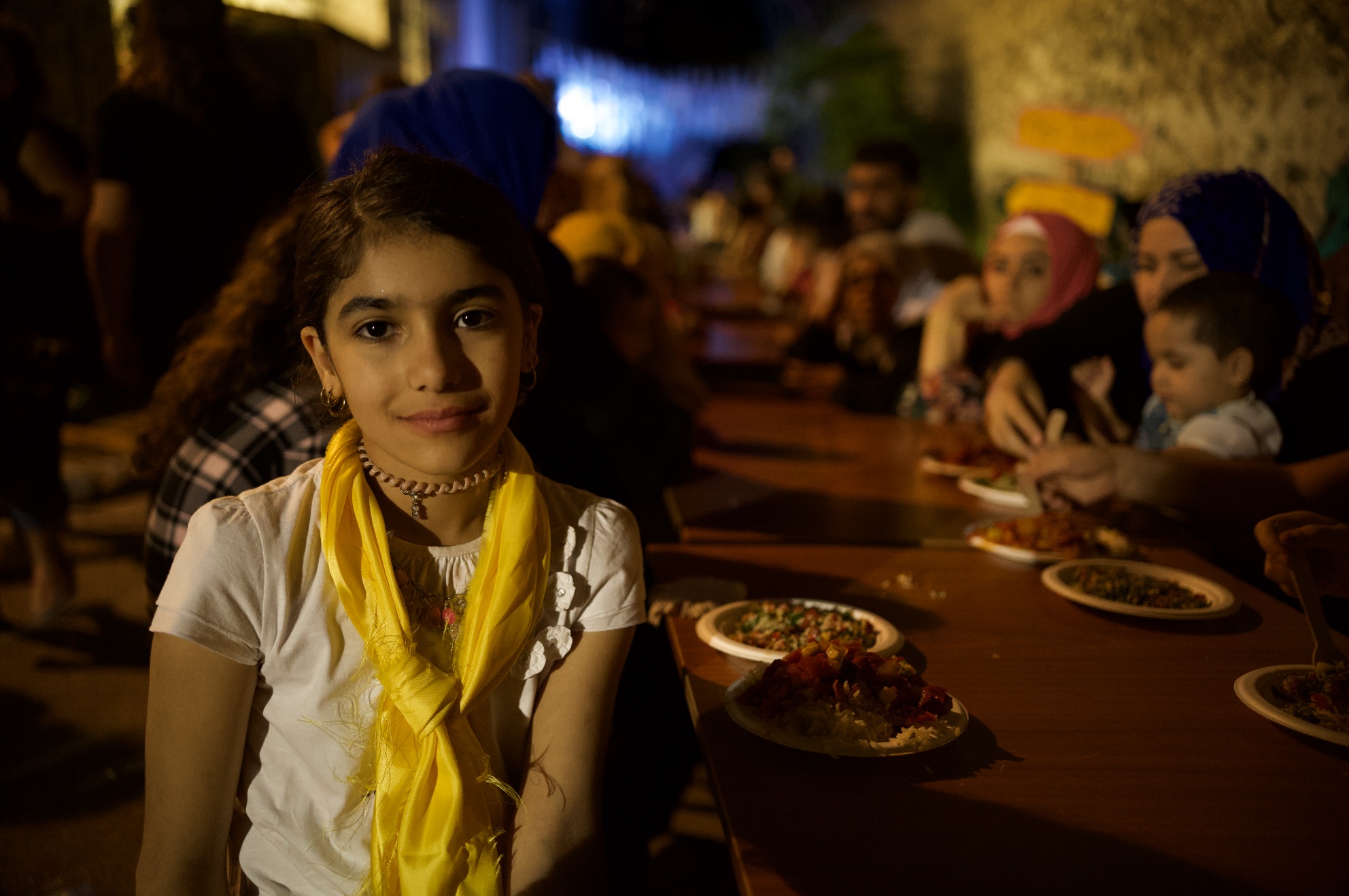 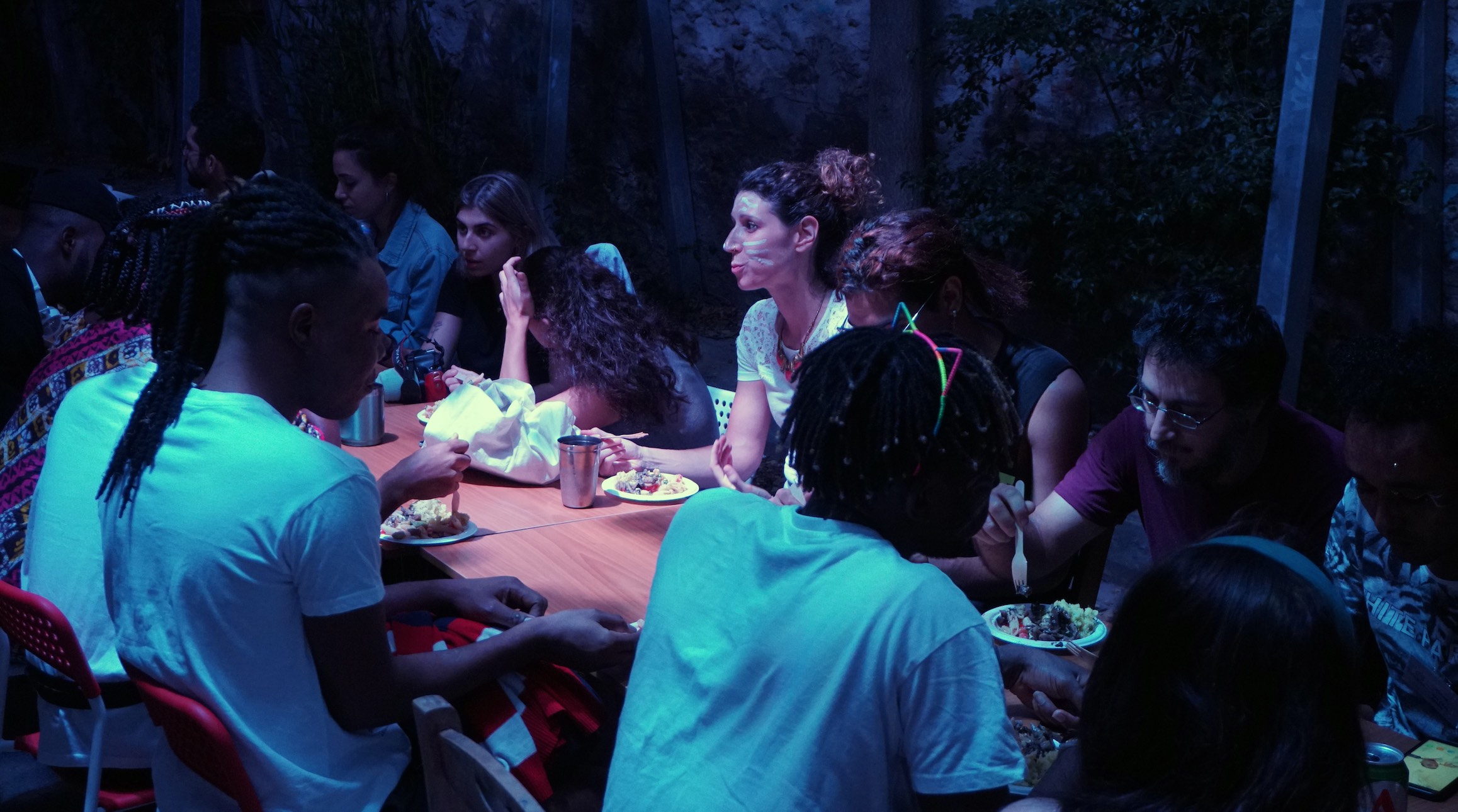 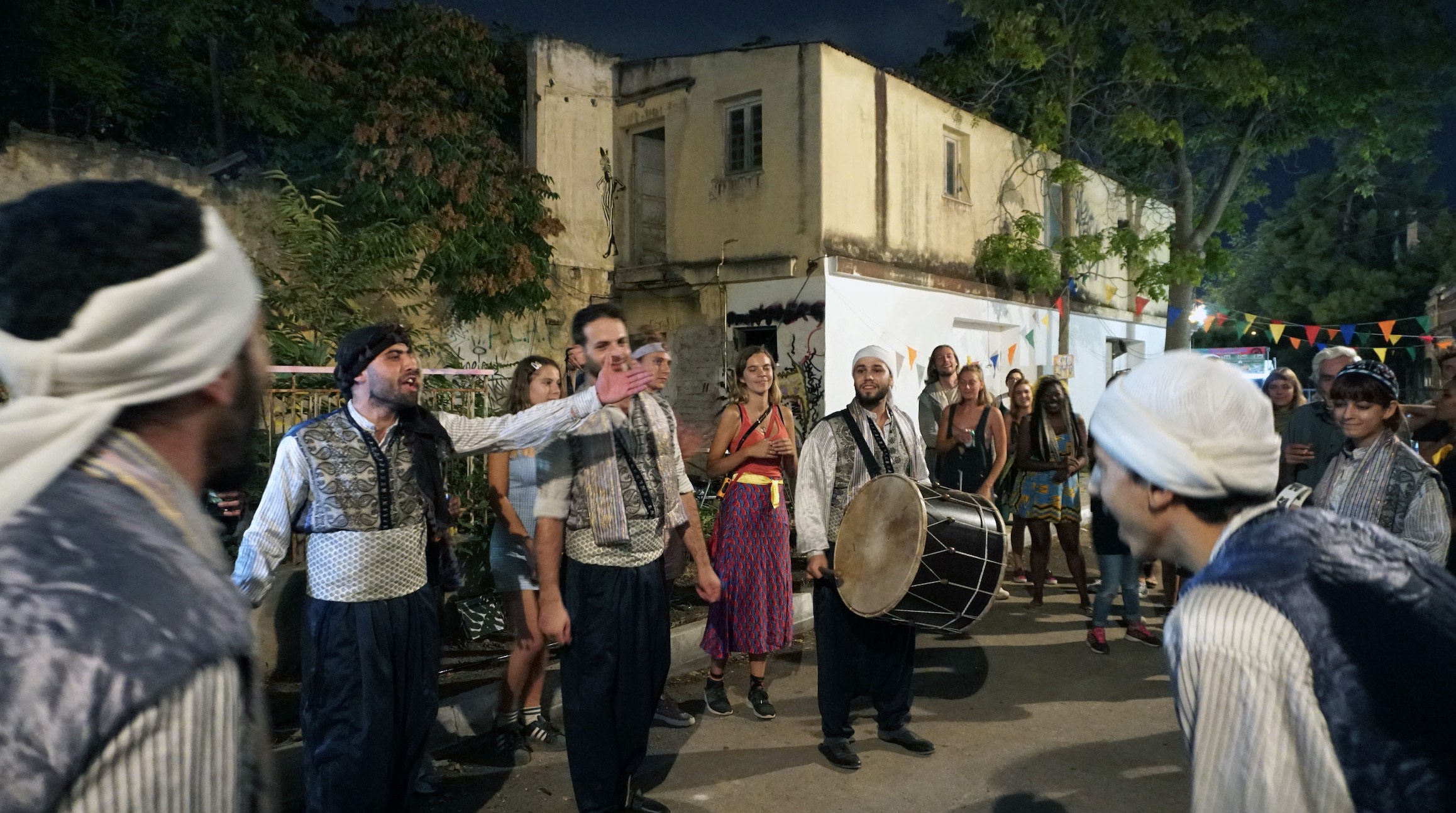 Linkedin
RELATED ARTICLES
OTHER ARTICLES
Photographer Melanie Nissen recalls capturing the characters, fashions and rarefied chaos of a rapidly-expanding set of punk bands who helped to redefine the genre.
Leading art critic Robert Storr reflects on the photographers – from Seydou Keïta, to Malick Sidibé, to Carrie Mae Weems – who helped to transform and redefine the medium.
From Brooklyn gang members, to Welsh miners and the residents of East Harlem, Bruce Davidson used his camera to shine a light on the most marginalised.
With abuse of call-centre staff on the rise, many are now speaking out about the hostility they’ve faced.
As the role of the nuclear family is increasingly called into question, people are finding new ways to exist outside heterosexist norms.
From the queues outside to the last ones standing, Francesco Mellina’s new photo book follows a night that has gone down in the Northern-Soul history books.