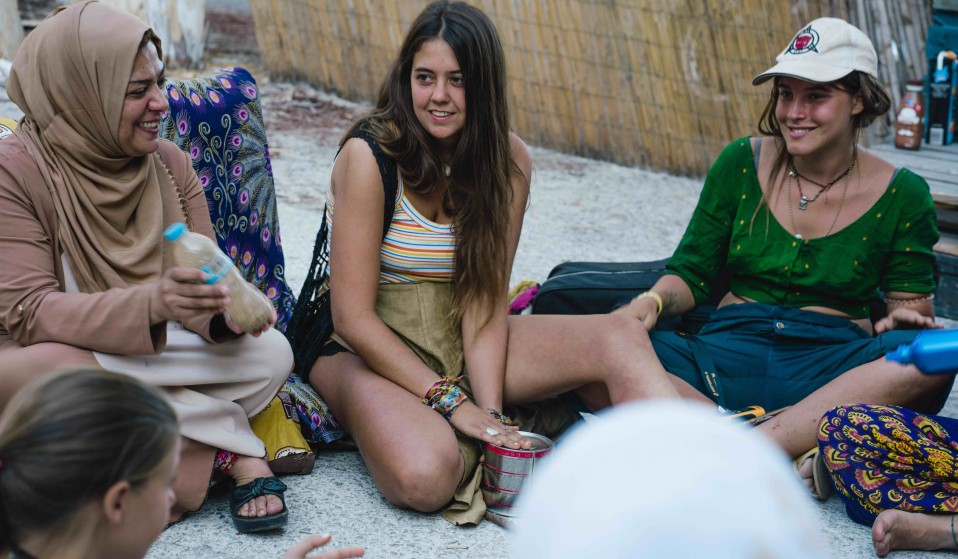 The Yellow Projects is a north London network of activists who are pushing for ‘positive change.’ Their first mission? Starting a grassroots arts festival for refugees in Leros, Greece. We meet them to find out more about their ambitious and hopeful long-term vision.

The Yellow Projects is a north London network of activists who are pushing for ‘positive change.’ Their first mission? Starting a grassroots arts festival for refugees in Leros, Greece. We meet them to find out more about their ambitious and hopeful long-term vision.

It’s a cool summer night in Leros, Greece. Sea breeze, music, laughter and the aroma of local cuisine consume the atmosphere. A gleeful woman dances with some excited children. A man sits next to them, regaling a family with tall tales. A huddle of people are engaging in an artistic workshop in the distance. Much of this is what you’d expect to see on a tourism-focused Greek island at this time of the year – except the people undulating in time to the bass are a mix of refugees and locals united.

This is Yellow Days Festival, the brainchild of The Yellow Projects – an intrepid network of activists and creatives, from the Harringay Warehouse District, who are “constantly pushing society for positive change.” The main aim of the four-day festival is to use food, art and music to break down social barriers between the local community in Leros and the refugees marooned on the island.

Colourful, home-made art installations (fashioned from repurposed plastic bottles and other types of waste recovered largely from the sea) are peppered throughout the site. There’s undoubtedly a sense of hope lingering in the air, but that isn’t usually the case around here.

According to the UN, an estimated 50,000 refugees and migrants from the Middle East and North Africa are stranded in Greece trying to reach Western Europe. It’s a situation partly attributed to the closure of the Macedonian border (which divides Greece from Central Europe) in March 2016. With the majority struggling to survive, the situation is being described as “beyond desperate.” 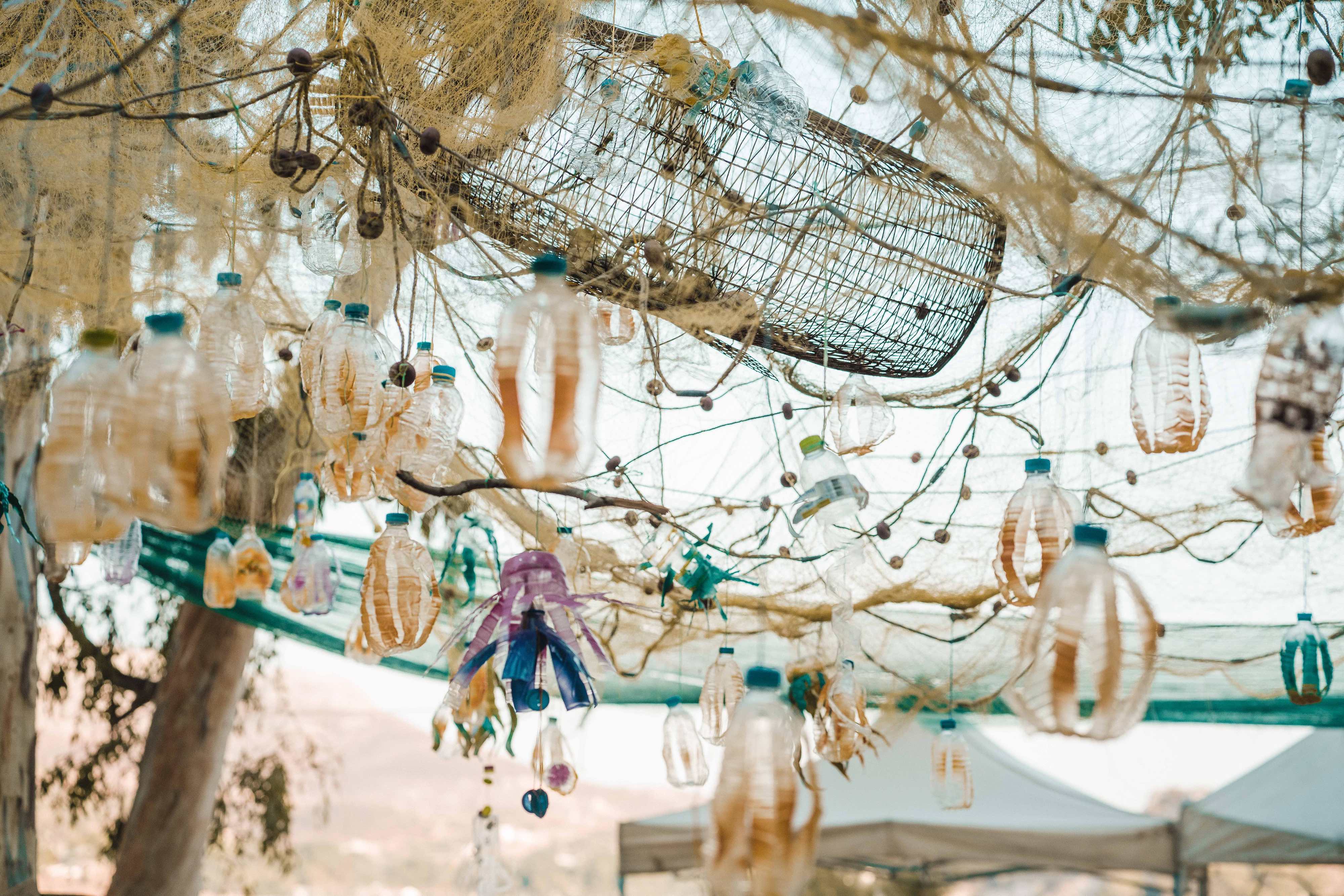 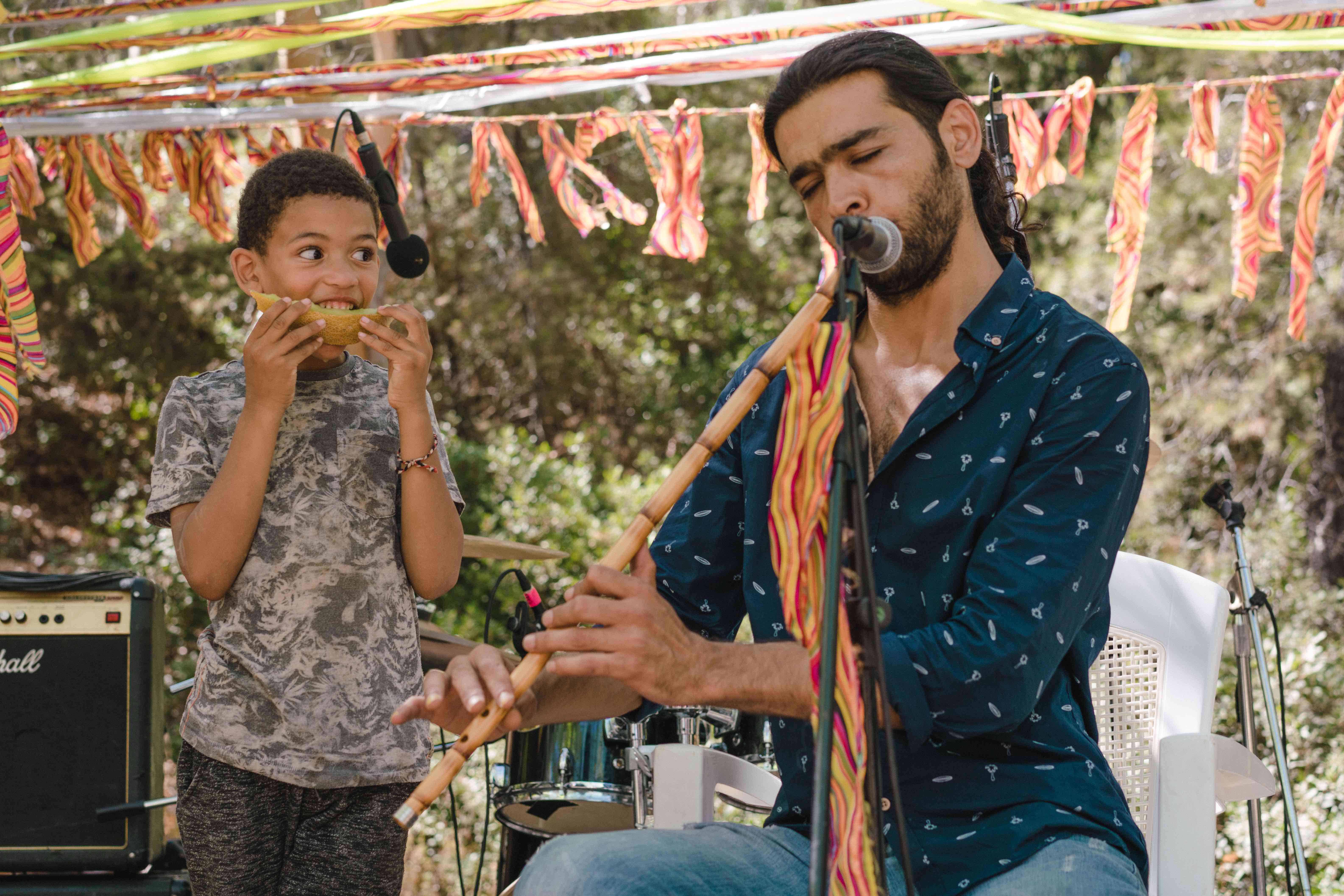 The festival was funded through a flurry of innovative and off-beat events in London, Bristol and Spain; from outrageous, never-ending techno nights in post-industrial warehouses, public speaking events and concerts, to cultural fairs packed with performance art and creative endeavour. An unconventional, perhaps fragile, way to fund a humanitarian mission – but one that seems to be working for now.

“This year was the first festival and it was self-funded,” Nina Alonso, the 25-year-old founder and director of The Yellow Projects, tells Huck. We meet her in a warehouse, making a banner in preparation for a protest designed to draw attention to hunger strikes taking place at crisis-hit Yarl’s Wood immigration detention centre. “We did a whole year of events to fund the campaign which was amazing, but also a struggle,” she adds. “Now we are looking for other independent companies or sponsors or individuals who can support Yellow Days.”

What would the extra funding be spent on? “Many of the refugees don’t have access to information or legal advice so they don’t know their human rights,” Nina says. “They need some guidance. So, we’re planning to bring the right number of lawyers in so that they can get advice.”

With many refugees arriving in Leros “exhausted, hungry and in often need of urgent medical attention”, and negative stereotypes relating to them being perpetuated by the mainstream media, there is little doubt that this type of activity is both welcome and needed. But, other than during the actual festival, how far-reaching can the ‘Yellow Ethos’ be?

“One way that we’ve been able to see the tangible impact – on our refugee friends and our friends from Leros – is by keeping in touch with everyone on social media,” Alithea Joseph, a Yellow Days operations coordinator, explains. “You can see that the locals have kept in touch with the refugees, you can see the friendships that have formed. They met at the festival, and we helped to create that.” 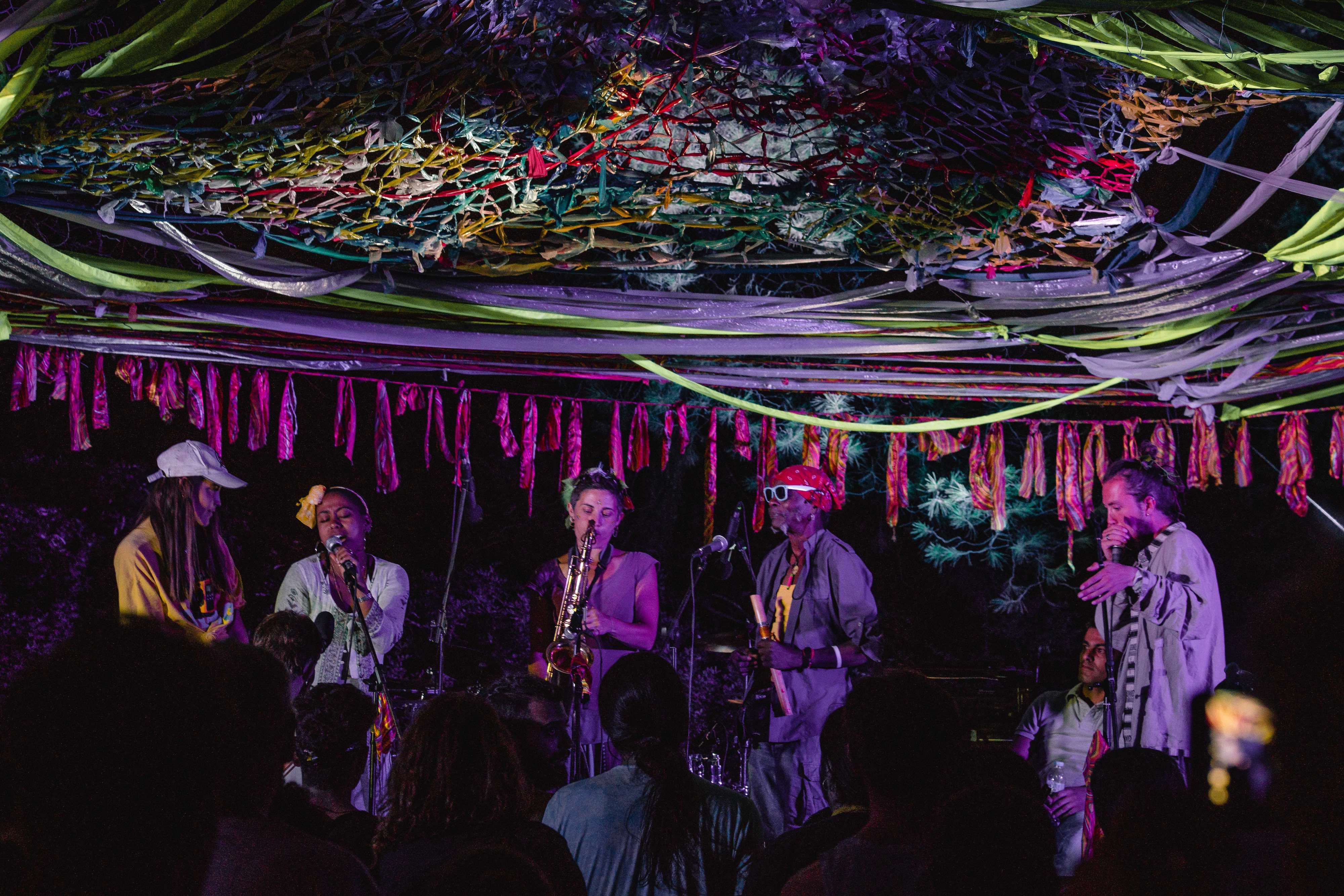 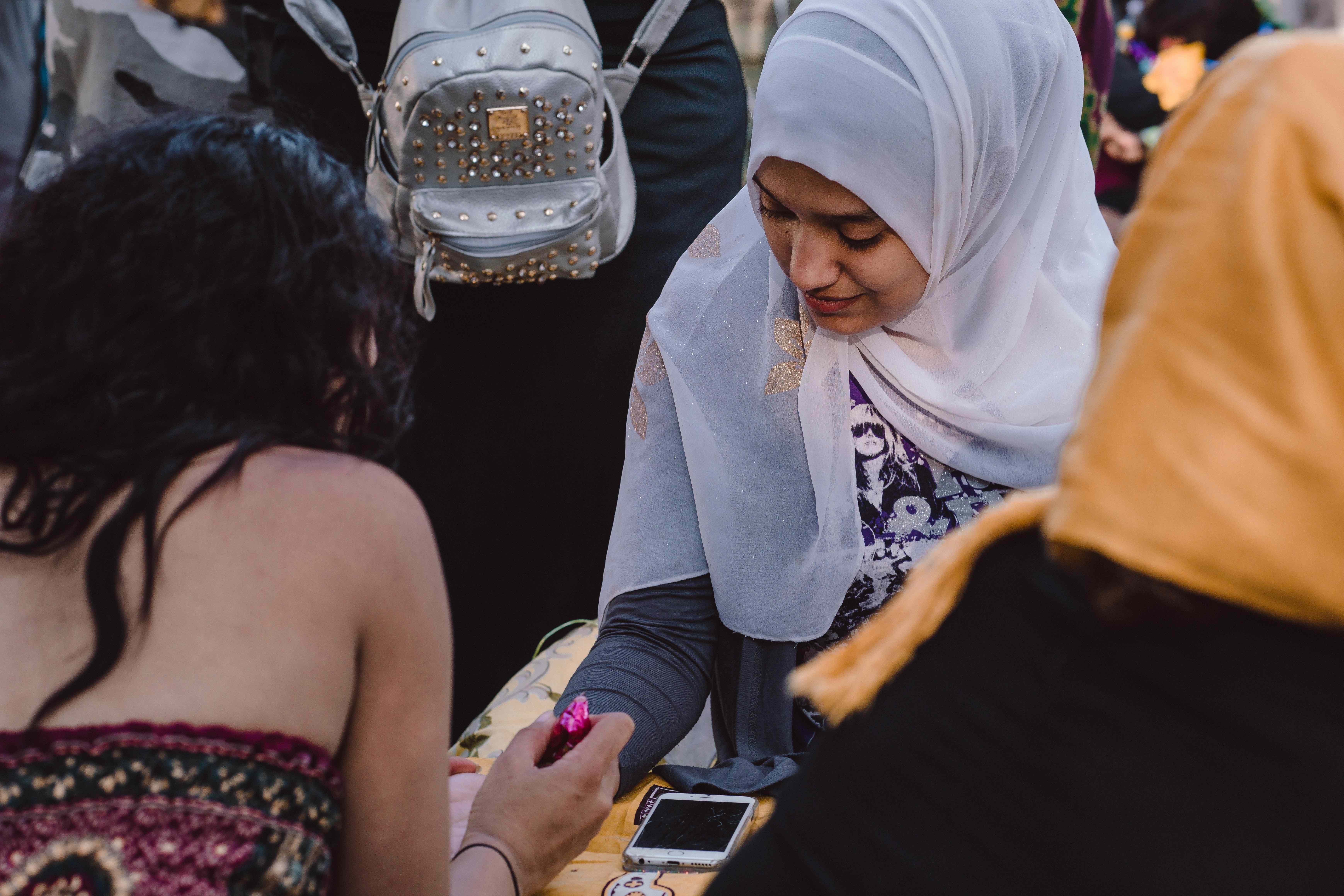 Nina nods in agreement: “Also, there are a lot of people from Leros who at first did not know much about the refugee situation,” she says. “We helped to humanise the refugees to them. Some locals came up to us and thanked us for that and the refugees thanked us for the empowerment we provided them. So, we feel like we have made a lasting difference when it comes to tackling unfair stereotypes.”

“This festival was the proof of concept. We showed that without any money, experience or time we can create a positive impact. So, when we have more of these things our impact will be bigger. We want to create a solid network between the people from Leros, the refugees and us. We want to leave a legacy. Then we want to aim for longevity. The real long-term plan is to branch out to other places where this is needed too.”

Planning to achieve such long-term goals is undoubtedly a daunting task, but Alithea is confident they’ll be able to manage it. “We are looking for funding, but very specifically funding from people who have the same ethos,” she explains. “More partnership opportunities rather than a straight sponsorship so that we can maintain full ownership of the festival. As well as the music, art and food, the core of the festival, especially the next one, is all about healing and music therapy and helping the refugees with legal stuff.” 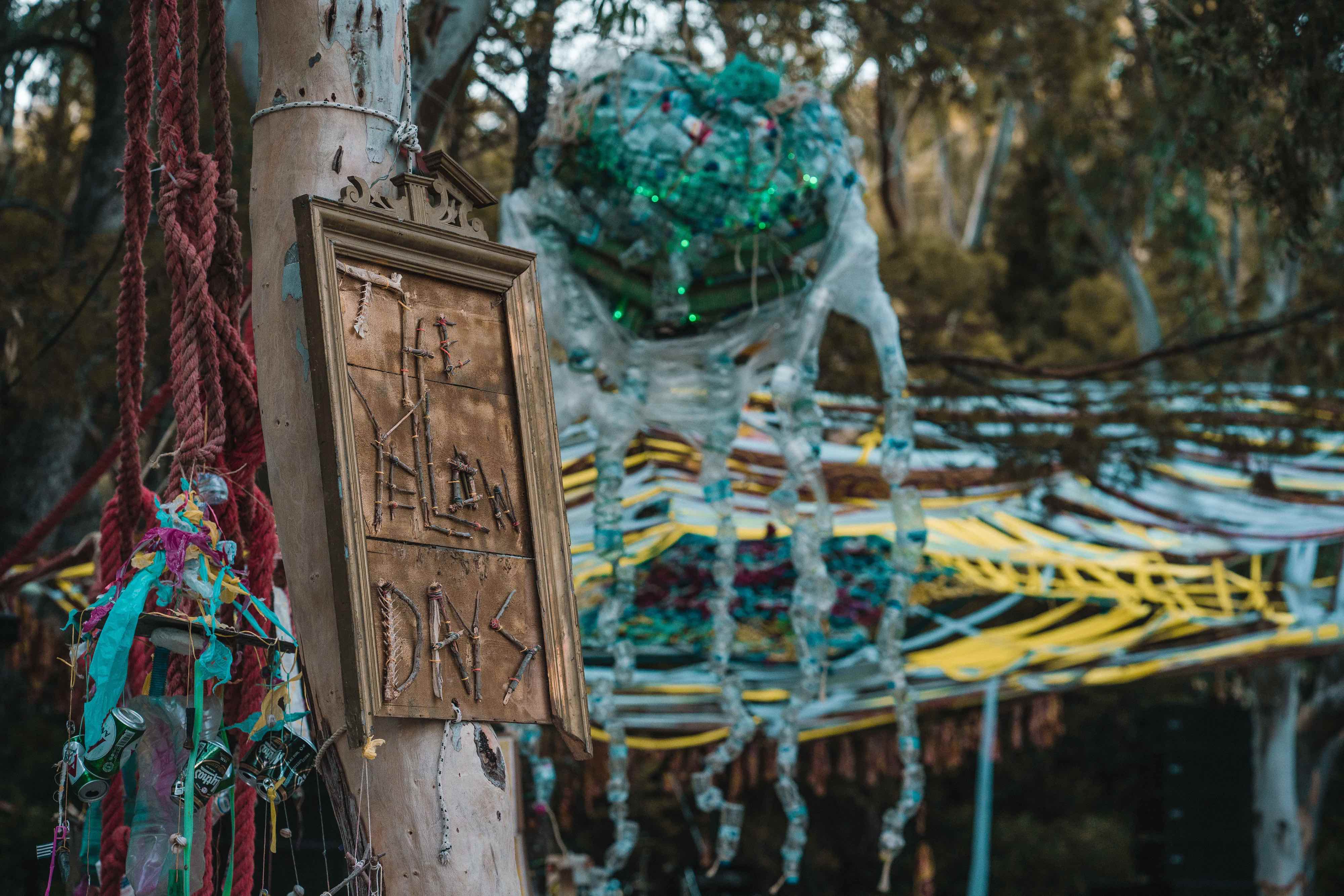 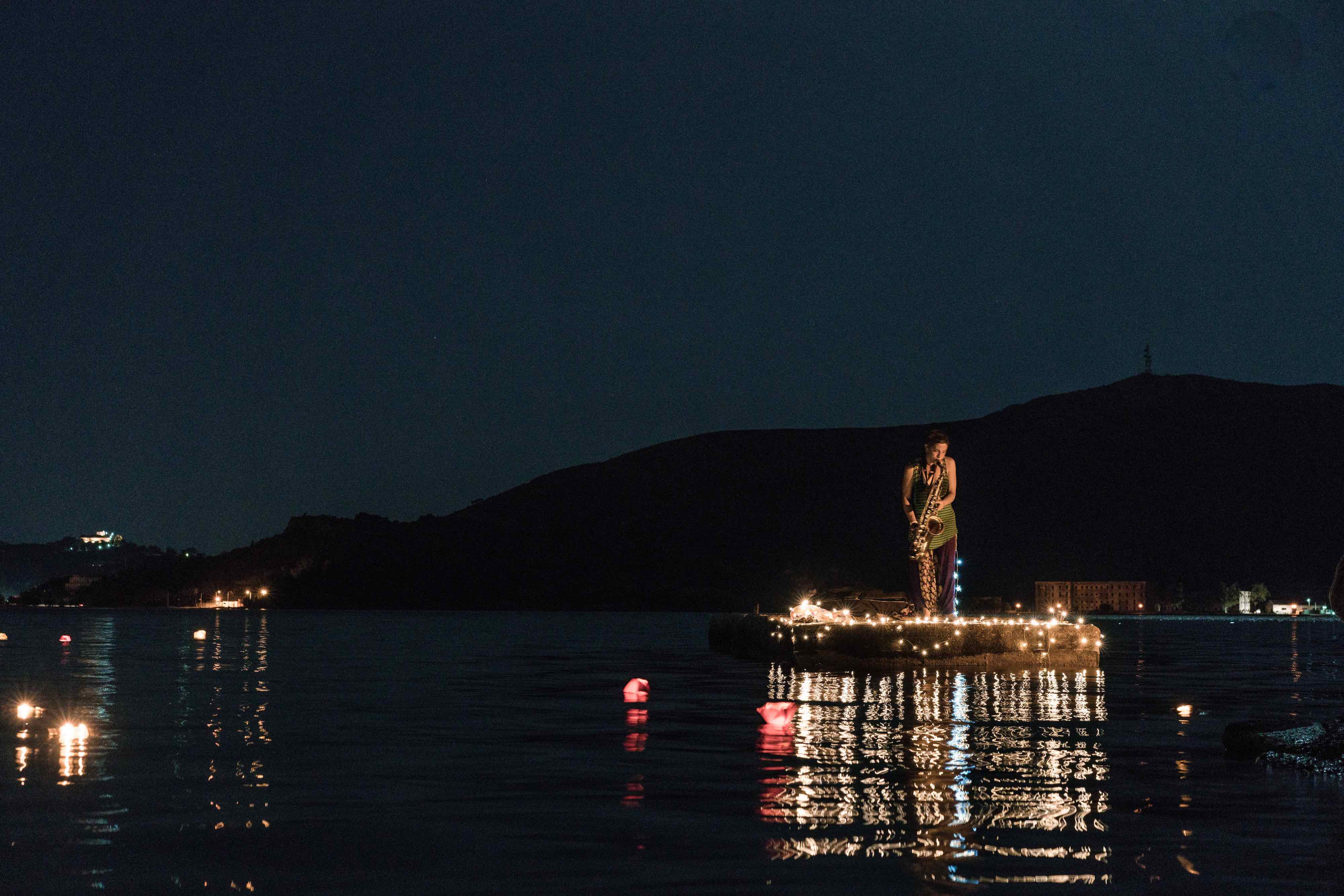 In order to fundraise for another edition of the festival this year, following the success of the previous last May, the team have released a documentary about the experience. The film, titled The Yellow Days, aims to provide insight into the Yellow ethos, while shedding a light on life on Leros. “Food, music and art – there’s something in that mix for everyone regardless of what culture you are from,” Nina says. “Nobody wants conflict, nobody wanted a war. On a human level we are all fathers, mothers, sisters, brothers.”

“What I really learned is that, from a refugee’s perspective, they’re just so grateful to be safe,” Alithea adds. “They are so joyful that their family are safe and that they are safe. But they also worry about members of their family that have not yet made it to safety. Carrying that fear around every day is not a story that we hear that much.”

So, can you make a difference without any time, money or experience? It seems these guys did so. But what’s evident after sitting with Nina and Alithea for an hour is that you can’t do it without the vital ingredient of passion – and lots of it.

You can check out the Yellow Project’s website or follow them on Facebook for more information about next year’s festival. They have also produced a feature-length documentary about the first instalment of the festival, which was screened in London earlier this month.

Linkedin
RELATED ARTICLES
OTHER ARTICLES
Leading art critic Robert Storr reflects on the photographers – from Seydou Keïta, to Malick Sidibé, to Carrie Mae Weems – who helped to transform and redefine the medium.
Riding from street to street on his trusty bike, Scottish photographer Sandy Carson documents his adopted home at a unique point in its history.
While the Colston 4 verdict is worth celebrating, it‘s debatable whether the law would’ve had such empathy for Black people in the same position.
From Brooklyn gang members, to Welsh miners and the residents of East Harlem, Bruce Davidson used his camera to shine a light on the most marginalised.
During the pandemic, Made In Hackney launched a meal service that has since proved vital for many, made up of vegan dishes that reflect the borough‘s cultural diversity.
The street-skating pioneer talks life, legacy and why, after all these years, he still views his monumental career as a case of ’right time, right place’.