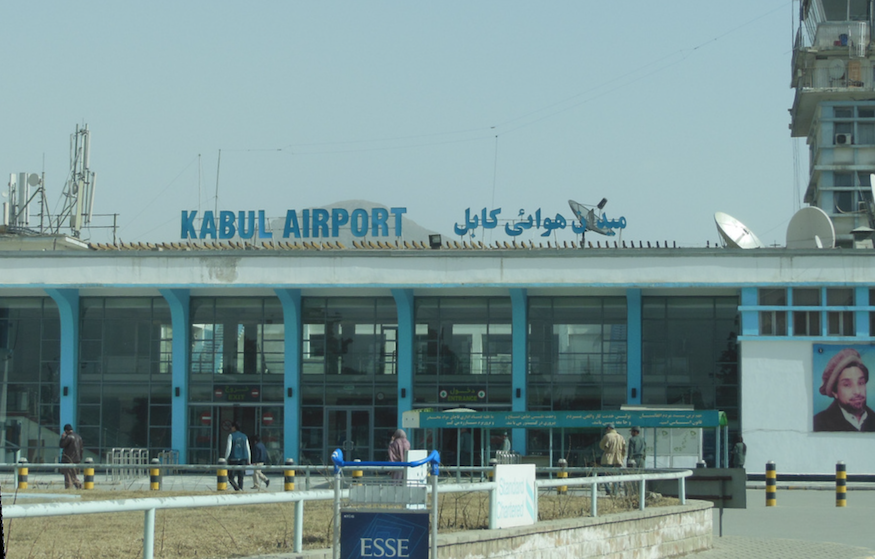 A university student awaiting an evacuation flight from outside Kabul airport describes his experience of the crisis in Afghanistan and his fears for the future of his country.

A university student awaiting an evacuation flight from outside Kabul airport describes his experience of the crisis in Afghanistan and his fears for the future of his country.

Last Sunday (15 August), after two decades of war, a group of Taliban fighters walked into Kabul and headed to the presidential palace, from where the group announced they were taking control of Afghanistan. It was the final nail in the coffin of the US-backed Afghan government, after president Ashraf Ghani fled the country, sparking chaos as US personnel and their allies rushed to get out.

But many at-risk Afghans are being left behind: they include journalists, politicians, human rights defenders, and embassy workers who have worked with western governments or their agencies, with tens of thousands of them being hunted by the Taliban. Journalist Jessie Williams spoke to a 22-year-old university student in Kabul (whose identity is protected) while he was waiting to get inside Kabul Airport. From there, he hopes to get on an evacuation flight with his family who are in imminent danger. He describes his experience of the Taliban takeover, his fears for the future of his country, and why the international community needs to step up.

“It’s really difficult to express your emotions and thoughts on what’s going on right now, because it all happened so quickly and we didn’t expect this to happen. On Sunday night, my family and I were watching the news and suddenly, they said that the president [Ashraf Ghani] had escaped the country and the Taliban are going to take control. It was really shocking news at the time, because we were waiting for the government and the Taliban to come together to talk about an interim government. After the president left, our government collapsed.

“On that day, we were really worried because by Sunday, almost all of the provinces of Afghanistan had collapsed, including the large cities like Herat. Only Kabul was left. We were optimistic though, because the US and the government itself had said that the Kabul administration would not collapse because we have many capabilities and forces to maintain the situation. But, all of a sudden it happened.

“The Taliban were actually waiting at the gates of Kabul for something to be agreed upon so they could enter the city. But when they heard that the president had escaped the situation got a lot worse; people were looting shops, robbing cars and going into people’s houses. It is a very difficult situation when you don’t have a government: everyone just does what they want. The Taliban then entered Kabul without any agreement because our president had already escaped. So they went directly to the Arg – our presidential palace – and they took power.

“My family has been receiving threats. We actually heard that when they took over power, they were asking our neighbours on our street about my dad, like where he is and where he lives. Our neighbours were clever to say that he is not here and that he has moved somewhere else. So when we heard about that we started to really panic. We were actually moving from one house to another to make sure that he doesn’t get into trouble.

“Some people are optimistic about the situation in Afghanistan, they say, ‘the war has ended and we have peace, we don’t have to fear for our lives and worry about suicide attacks and bombings’. But they have forgotten that it is because of these people [the Taliban] that we were actually fearing for our lives before. They think that now they are in power they won’t have to fear anything. At the same time, people like me, those that are young and educated, are worried about the future of the country, and the loss of our values, our culture, and everything that we have gained since 2001; human rights, freedom of speech, freedom of the media. It’s like capturing a bird and putting it in a golden cage; a lot of freedom and a lot of things have been taken from that bird.

“Before, girls and the boys had a chance to do what they wanted, for example to sing, to be a writer, to be an artist. The Taliban don’t want you to wear jeans and T-shirts, they say that it’s the western style, and also they say you mustn’t shave your beard. They also want to change our flag, our constitution and other things that are very much related to our culture, to our history, to who we are. As a person who was raised in a time before with Ashraf Ghani or Hamid Karzai in power, I am now really concerned about our future.

“In the days before the collapse of the government, we were going to coffee shops, we were going to restaurants, we were having fun; girls and boys were sitting together and it didn’t matter. Women were going to schools, universities, and a lot of them were employed by the government. At university we all studied together, girls and boys. So everyone right now is worried about the situation and what will happen to the freedom of living that we had before the collapse of the government. A lot of my friends have the same ideology and want to leave the country. We have lost everything under the Taliban regime. We are not optimistic about our personal freedom.

“They [the US, UK and their allies] are just evacuating their people and saying they will evacuate people who have worked with them, so it seems that even though we are living in a crisis and a very bad situation, they just talk about getting people out; they don’t say anything about what they’re going to do to keep people calm and safe here. It seems like the world is abandoning us. It seems like they don’t care what is happening now. They say they will accept refugees but we don’t know what will happen with the government – who is going to get to power? Who is going to rule?

“Since 2001, we have developed a lot. I mean, our government had a lot of issues, they were blamed for corruption and things like that, but at the same time at least we had a government. We were living in a democracy, people were optimistic about elections. The Taliban will not hold elections; they have said they will create a council of leaders instead to discuss things and will soon announce the new government. Everything has changed. I think now we will get back to where we were before 2001 and even worse than that.

“I hope that the international community will not accept the Taliban if they impose Sharia law. The Taliban must work with the people, so people are living in peace, but at the same time, keep their values and let them live their lives the way they want to.

“I’m at the airport with my family trying to get on a flight out, and there are lots of people rushing and being shot at [gun shots ring out half way through the interview]. Some of the gates are being guarded by the Taliban, but some of the gates are being guarded by the Afghan special forces who were called back, so they are coordinating with the Taliban to keep the gate safe. We don’t know where we are going; we just have to get out of Kabul right now. We are not expecting someone to help us. But it’s difficult to get into the airport now, after some countries like the US, UK and Canada have announced that they will accept refugees [the UK have said they will accept 20,000 refugees over the coming years, but this scheme is not yet up and running], so that has made the situation more difficult because everyone thinks they will be able to get out, even if they haven’t worked in an embassy, or are at risk in other ways.

“Obviously, everyone wants a better life in the US or Europe, so why do they have to stay here under the Taliban regime? Everyone – including those with visas, including those not in danger – is mixed up right now, so the situation is very hard. There is not a plan to help people who are in real danger.”

Linkedin
RELATED ARTICLES
OTHER ARTICLES
Photographer David Hoffman recalls documenting the extreme wealth inequality around Tower Hamlets and Hackney int the 1980s.
Whether it's partygate, the climate crisis or the spiralling cost of living, the fightback begins on the picket lines writes Tommy Vickerstaff
The author discusses the all-consuming nature of heartbreak, and turning the experience into an incisive exploration of love and loss.
50 years since its inception, and the campaign calling for recognition that capitalism depends on domestic labour is as pertinent as ever.
Wealth inequality and the rising cost of socialising is placing a strain on people’s relationships, reports Eve Upton-Clark.
LGBTQ+ students are keeping the spirit of the original Pride alive by fighting for liberation for everyone, not just their community.