News & Politics / Activism / Are immigrants with clout less likely to be deported? 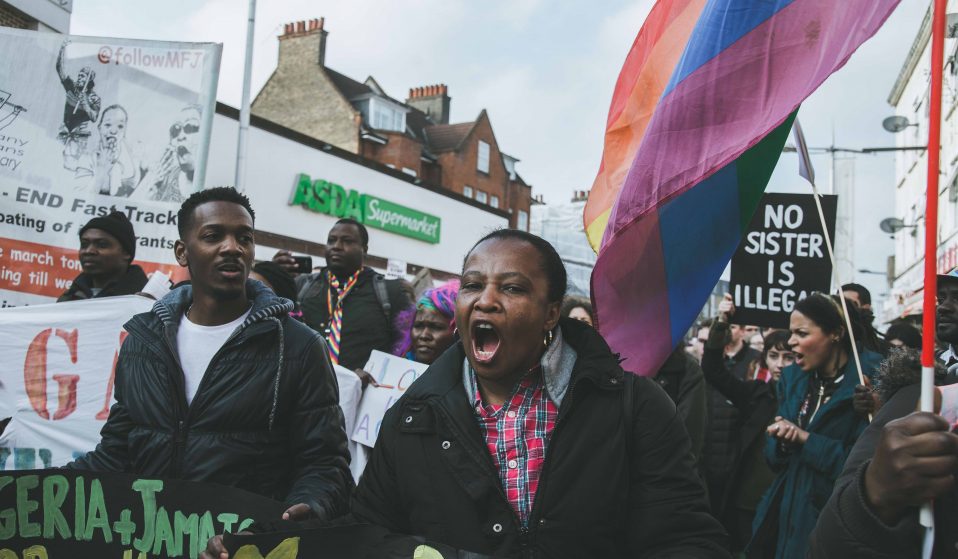 There are numerous examples of the Home Office responding more quickly to individuals in the public eye, which begs the question: why do some cases warrant their attention, while others don’t?

There are numerous examples of the Home Office responding more quickly to individuals in the public eye or boasting a blue tick, which begs the question: why do some cases warrant their attention, while others don’t?

Earlier this month, Dahaba Ali, a producer at BBC Newsnight and UK resident since the age of 10, tweeted that she had been refused settled status in the UK. Speaking of the “devastating personal news”, Ali tweeted: “If I’m not granted Settled Status – I will be in the UK illegally and I can’t work nor can I access any public funds or services including the NHS”.

In a swift response to Ali’s viral tweet, the Home Office responded by saying that it had been “trying to reach” Ali and that they were working with her to resolve her case. While of course, Ali deserves this help, her case embodies how social media and media coverage more broadly has become one of the only ways of eliciting a speedy response from the Home Office.

Hi Dahaba. We have been trying to reach you today. Our dedicated team of brilliant civil servants are on hand to support you. Please call 0300 123 7379

Last year, a journalist reported that an NHS anaesthetist, Thia Malan, who has cared for critically ill children and babies for 20 years, was told by the Home Office that her husband’s visa application was rejected on the basis of him not coming from a majority English-speaking country. He is South African. The Home Office allegedly rejected the visa because they were not convinced Peter, an English teacher with a degree in English Literature, could prove knowledge of English. Within two days of the journalist contacting the Home Office for comment in the Guardian, the decision was reversed.

Similarly, in the past, the Independent has reported the cases of three individuals who were facing wrongful deportation – Yvonne Williams, a British-born, six-year-old boy and Hafizzulah Husseinkhel, who was threatened with deportation despite having served in the British army. Following the Independent’s reporting, the Home Office overturned two decisions. In 2018, the Home Office blocked a US resident, Fatema Begum, from entering the UK to see his daughter suffering from advanced ovarian cancer. A mere 36 minutes after the piece was published by the Independent, Begum received a phone call from the Home Office saying they were reviewing the decision to refuse her visa. Despite claiming that “supplementary evidence” was made available to them that enabled them to overturn the decision, the family reportedly did not provide any new information.

The cases of Dahaba Ali, Yvonne Williams and Fred Sirieix – host of TV show First Dates, who says he was granted settled status within hours of tweeting his frustration at the Home Office – capture how individuals with a platform, or access to one, are more likely to receive the support they need. Clearly, everybody should be entitled to the same help these individuals received. However, the differential treatment speaks to a wider point about the draconian and hostile facets of the immigration system – a system that appears to be based on the frail foundations of social media, finite public attention and transient media coverage.

Some argue that individualising cases is part of a strategy: by drawing the public’s attention to one successful appeal, the Home Office sustains the illusion of progress. A successful appeal obscures the growing hostility within the Home Office and makes the public more likely to ignore the need for systemic change. But more insidiously, the fact that the Home Office can overturn decisions seemingly out of the blue, mere minutes after a piece is published or a tweet sent, starkly exposes its callous indifference to thousands of others. Despite the harsh draconian framework, there seems to be room for flexibility and compassion; the fact that this is not extended or offered to everyone is a political choice.

It’s clear that the process lacks clarity, sensitivity and most of all, humanity. The flaws are deeply embedded within the system itself, a system that is, by nature, inaccessible, discriminatory and biased. In 2018, experts accused the Home Office of operating in a “continuous state of disaster management”, after decisions were sporadically reversed following media coverage.

The journey to justice, conducted through the appeals process, is long, dispiriting and traumatic. A recent report highlighted that the average wait for an appeal is at least a year, rising by 45 per cent in a year.

The Home Office repeatedly fast-tracks high-profile cases, or cases that grasp media and public attention – but little is known about what happens to those unheard, those who don’t have a coveted blue tick, are in the public eye or even have a social media account.

That isn’t to say that everyone whose case garners mainstream coverage has their decision reversed. Among those less fortunate are Anugwom Goodluck, a 30-year-old care home worker who worked on the coronavirus frontline and was forced to return to Nigeria after his appeal was refused, despite support from MPs and media attention. The issue here is fundamentally systemic, as thousands of individuals wait in limbo, coping with limited information, the impact of Brexit and avoidable suffering.

The normalisation of treating those who were not born here as the ‘Other’, unworthy of potential help or consideration, is increasingly worrying. In the Hostile Environment – the antagonistic culture promoted by Theresa May when she was Home Secretary – immigrants are increasingly denied any semblance of normality, unable to work, drive, rent somewhere to live, access free healthcare, open a bank account or travel without being asked to prove their status.

While waiting for appeal, they may be housed in detention centres, which are typically overcrowded and unsanitary. Asylum targets first introduced by Tony Blair have culminated in these policies reducing the rate of refugee recognition from 80 per cent to 20 per cent at the initial decision phase.

Priti Patel’s plans to overhaul the fundamentally flawed system simply serve to reinforce an archaic immigration system and contribute to the dominant “culture of disbelief” and Hostile Environment. Without scrutiny, Patel’s plans will only continue unchallenged.

The Home Office continues to be a reactionary faction of government. It is a far cry from the “fairer, more compassionate” immigration system promised by Sajid Javid in 2018 after the Windrush failings. Officials are encouraged to “deport first, hear appeals later” – a policy that was later ruled unlawful. Institutional failings have now been reduced to a matter of individual agency, and going public also requires mental strength and the exposition of vulnerability. Ultimately, justice shouldn’t only be afforded to those who make the news.

Linkedin
RELATED ARTICLES
OTHER ARTICLES
A group of young Palestinians have found temporary freedom in the act of parkour, reimagining wreckage and ruins as a series of high-octane playgrounds.
In his 2008 series, the photographer pictured himself as Angela Davis, Martin Luther King Jr., Malcolm X, and other prominent figures.
Thousands attended the annual event this year to wheelie through the city and call for ‘knives down, bikes up’.
For over a decade, gamblers have won big by employing people to place live bets from the court. But does this dubious method still work?
Birdy Chu reflects on documenting the historic moment in which the territory was formally passed back from the UK to China.
Financial turmoil is pushing people who work in the sex industry into more dangerous and desperate situations as a means of survival.