News & Politics / The student debt crisis is real: but artists are fighting back 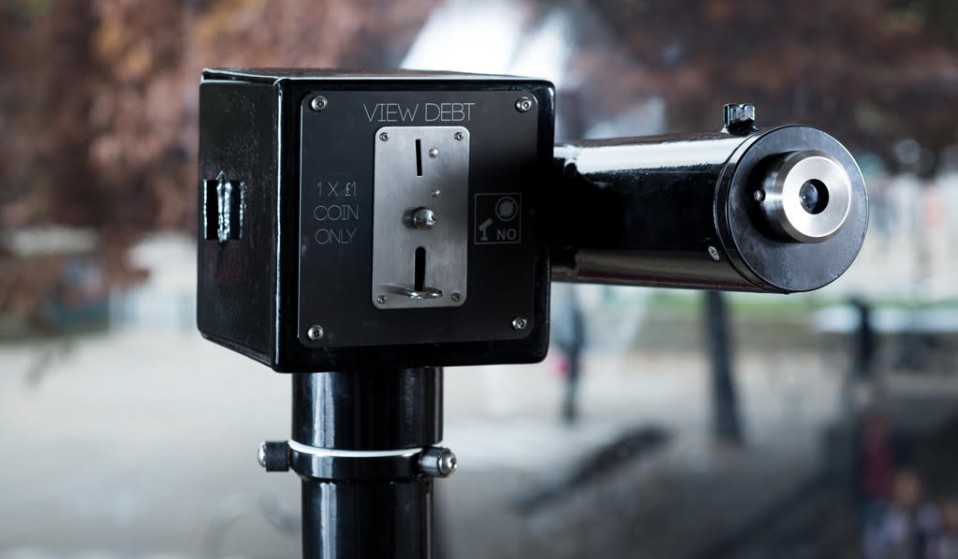 UK student grants were abolished this week. We talk to the artist behind the ‘Day After Debt’ project to find out how art can challenge a culture of debt.

UK student grants were abolished by the Tory government this week. We talk to the artist behind the ‘Day After Debt’ project to find out how art can challenge a culture of debt.

Since 1998, when tuition fees were introduced in the UK at a modest £1000 a year, fees have grown astronomically. The rising fees have created a serious crisis of student debt. The abolition of maintenance grants earlier this week could be seen as another form of privatisation: now the most vulnerable students have to take out more loans to replace the living grants.

How can art respond to the student debt crisis? Ahmet Öğüt is the artist behind Day After Debt a long-term conceptual sculpture project that deals with that question. He’s not just concerned with how we make sense of the crushing debt, but how to actually fight back against that debt: a counter-finance strategy to buy debt and cancel it. 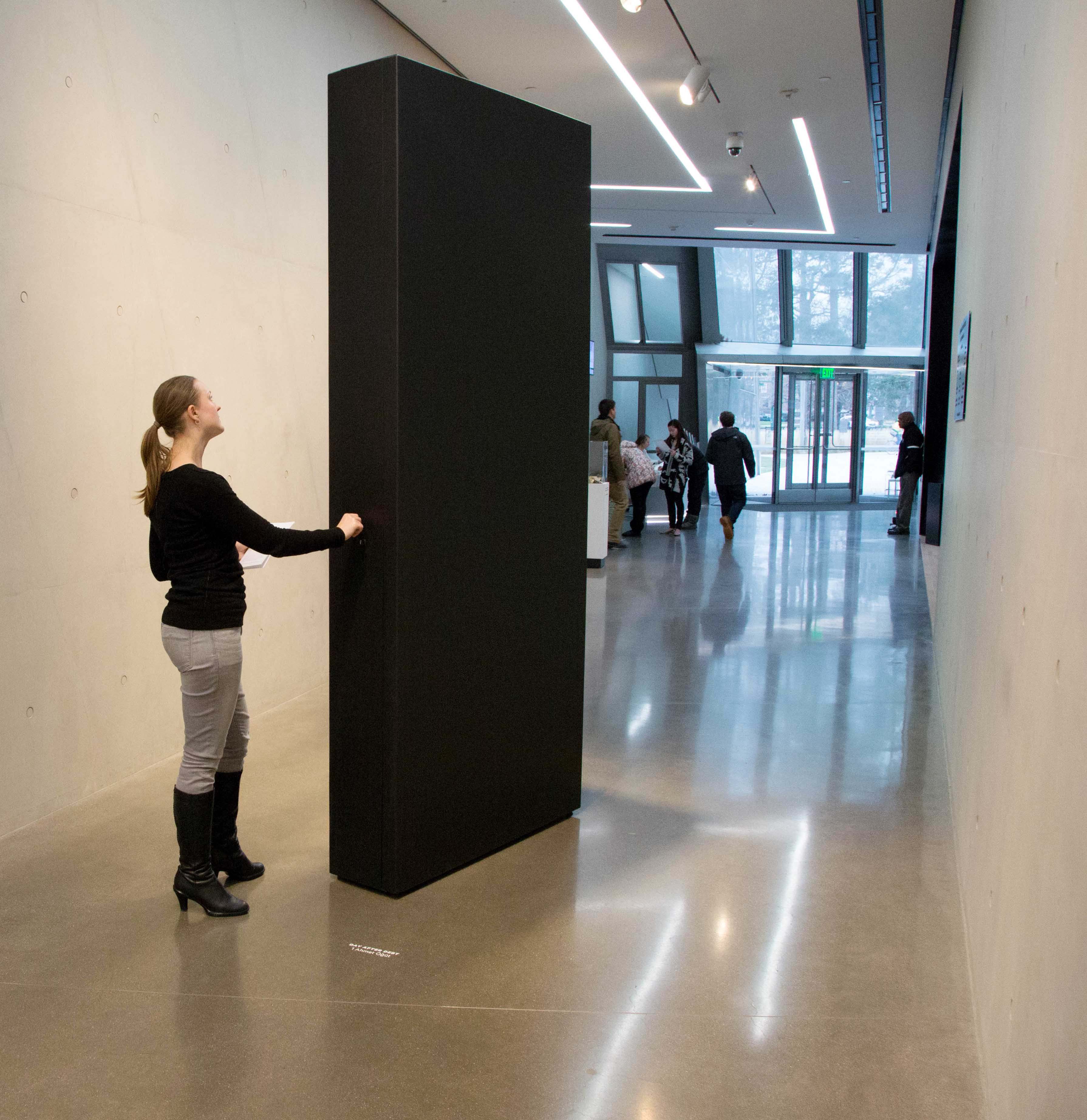 “What I did is still a very small contribution, but it’s a long-term idea to control over surplus.” says Öğüt. “There were two ways of fundraising through actual artworks. You can use the artworks as money-collection points, but they could also be circulated in the art market as sculptures. By working with a lawyer it was possible to get involved with that speculative process. Whenever these sculptures are sold in the future, they will fundraise for the same cause – the money will go to the Debt Collective in the US and Jubilee Debt Campaign in the UK.” 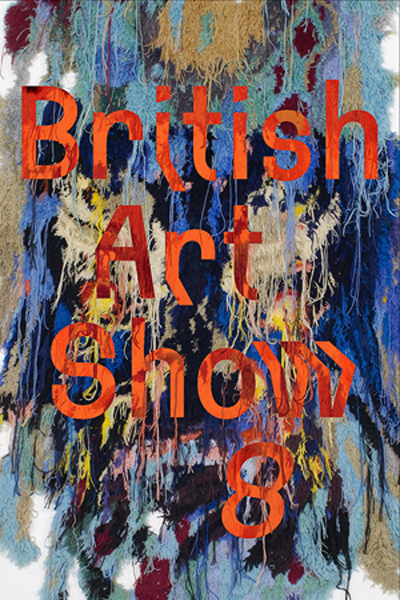 The project started in the US, where he was working with the Debt Collective, a group which emerged out of the Occupy Wall Street movement. In the UK, the project is associated with the Jubilee Debt Campaign (a UK charity working to end the poverty and inequality caused by debt) and Day After Debt is currently touring as part of the British Art Show 8. Öğüt collaborated with three other artists, Liam Gillick, Susan Hiller, Goshka Macuga, who made pieces to be exhibited at various civic venues around the UK – the works are meant to be in the public eye, and to involve the public in ending student debt.

Huck spoke to Öğüt about Day After Debt.

How do you think art can address the student debt crisis?
As artists we are also citizens. We can take different positions and act from those positions. Every position has different possibilities and functions. For most people art may stay only in the symbolic realm, and does only metaphorical things. With this kind of approach we might be in the danger of already underestimating what could be done through art, with the tools of art, tools that we have access to, tools that give us the chance to transform, communicate, and talk about the cultural production: it has a lot of potential and power to transform things and change the system.

Part of this project is about the status of the art object – can you talk a bit about the connection you’ve drawn between the art market, debt and, financial capitalism?
Usually the involvement of the artists with the artwork ends once the artwork is done, or once it’s sold for the first time. When the ownership is transferred and the work is sold, often the author, the artist, loses control of any possible speculation that could be done around that artwork, unless there is a very specific certificate and contract that is prepared. And there are artists, such as Hans Haacke, who do think about the future of the artwork and for me that is very important conceptually. Every artwork I have produced, whether they become a part of a private or an institutional collection, I find it interesting how the life of that artwork continues. The goal is not to control every financial outcome of the artwork, but to have a say, and to use it towards a counter-financial ideal.

There’s a lot of potential if you start thinking about this conceptually – Day After Debt is an attempt to do that. It’s very hard to make it work in the short term, but if you imagine these artworks will exist for quite a long time, you can also think about how the politics will evolve. In general, it doesn’t look like it’s going in a good direction with students and education – even if it goes in a worse direction it’s quite paradoxical because artworks themselves have value that grows. If we’re able to connect these two, there’s at least a long-term connection to be made.

It’s constant fundraising as well. Often artists do support special causes, donating their works to benefit auctions to support urgencies, to create solidarity during those experiences. They do give their artworks away, but it’s usually a one-time contribution. I’m interested in the artworks when they circulate and change hands. How can you reinvent this process and turn it into a productive contribution?

Our lawyer was Daniel McClean. It was interesting to work with a lawyer like him, who works with other artists as well. It was quite a nicely challenging process to think of these questions conceptually through all these possibilities of what might happen to those sculptures: the idea of speculating the future. You suddenly start speaking a different language. It’s not the language of art world. You kind of have to make sense of the laws and rights that we don’t know we even have – in terms of ownership, in terms of inheritance, authorship – these kind of questions came up a lot when preparing the contract. 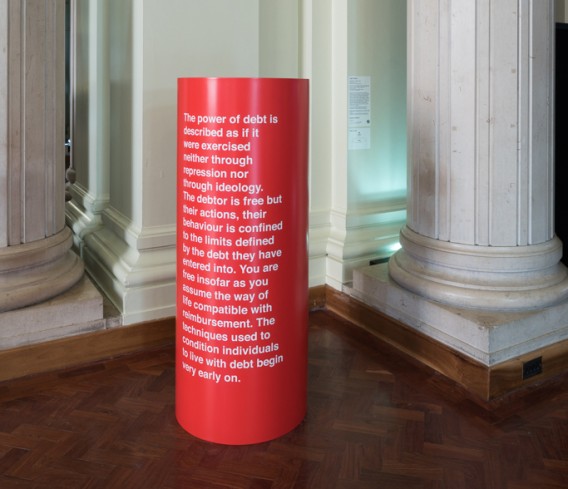 You’re coming from an art school background as well – you studied at an art school, you lecture at art schools, what can you say about the art school context, or the way that they figure into this?
I believe in progressive polytechnic education; combining learning with productive work. Art schools should be a good example of that method. Students should not study to become an artist, they should decide to be an artist.

I think one of the dangers is making competition priority: Students are often asked to learn how to compete with their colleagues in order to become an artist. Learning how to be better than them – how to write better applications – that’s not the right idea. I think the idea of doing things together, working together, already gaining a strong a collective conscious while still studying, is much more important. For instance if you look at the debt problem, that’s also how it’s given – as an individual problem. All together we should demand to repurposing higher education and imagine a solidarity-based school culture independently from oppressing financial structures.

Linkedin
RELATED ARTICLES
OTHER ARTICLES
We’re living through a revolution, swapping skills instead of cash. Huck hangs out with writer Paul Mason and gets a tour of this brave new world.
In conversation with two art students exploring race, sex and politics in an era of the university 'safe space.'
Paul Mason’s provocative theory argues the building blocks for a postcapitalist future are all around us. But can a young, tech-savvy grassroots overturn entrenched elites and rewrite the rules of the game?
Paul Mason’s provocative new book offers a terminal diagnosis of the current order and argues the building blocks for a postcapitalist future are all around us.
The Greek crisis has pitted people against the “laws” of economics. Documentary Money Puzzles exposes the myths at the foundation of neoclassical economics and goes in search of the reality on the streets of Athens, Argentina and the City of London.
We catch up with Little Joe's founder Joe Davies to find out why he moved away from a career in science and started a surf school.