News & Politics / As a Muslim, Labour no longer feels like the party for me 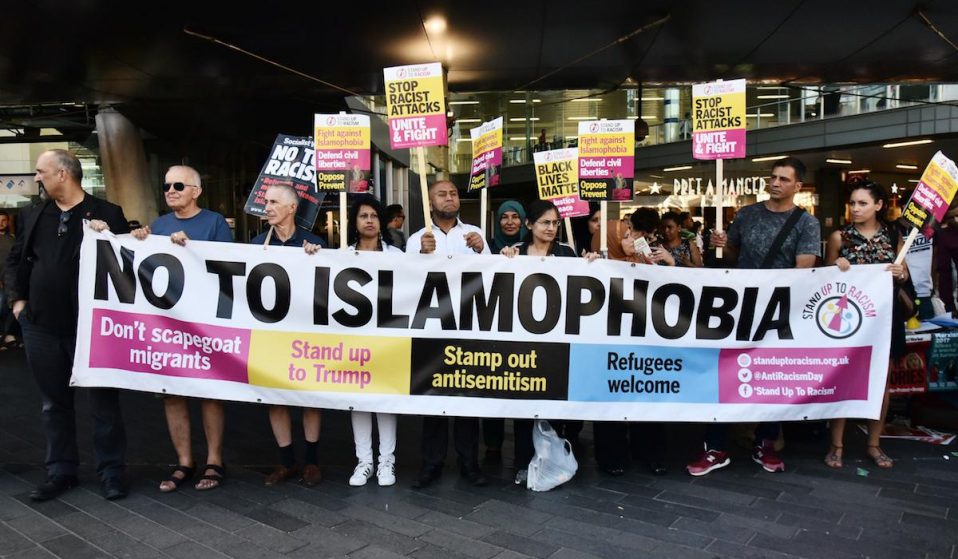 After a councillor accused of Islamophobia was allowed to stand for Labour, many Muslims are left questioning if they can stand by a party that is failing to tackle racism.

After a councillor accused of Islamophobia was allowed to stand for Labour, many Muslims are left questioning if they can stand by a party that is failing to tackle racism.

Voting for Labour runs in my blood. My trade-unionist grandfather regularly raged against the evils of Thatcher at the dinner table, while my immigrant father latched onto left-wing politics in the face of a Britain ravaged by the far-right. My working-class upbringing, my identity as a Muslim woman and my job as a teacher in chronically underfunded state schools – all of these facets collide within me, and for the last decade, they have led me to choose the Labour candidate in every voting booth I have entered.

Most Muslims I know have always voted Labour; class and race often intersecting, pushing us away from parties with harsher views on immigration or towards those less likely to enact welfare cuts. But the relationship between British Muslims and Labour has often been fraught. Just last week, a local council candidate who was suspended for allegedly making Islamophobic remarks was thrust into the spotlight. Despite allegedly claiming that Muslim candidates partaking in local politics amounted to a “Muslim plot” and harassing colleagues with racist messages, Joyce McCarty remained on the ballot for local elections.

What does this point towards but a party that, at best, is so out-of-touch with the electorate that they take the Muslim vote for granted entirely? Or at worst, represents an utter disregard for British Muslims, our views and safety?

A councillor accused of Islamophobia standing for the Labour Party is reflective of the toxic anti-Muslim sentiment Keir Starmer's leadership has been characterised by.

Labour’s assault on Muslim communities is, of course, nothing new. Former prime minister Tony Blair’s complicity in the Iraq War saw the party’s Muslim vote plummet from 75 per cent to 38 per cent, with many so outraged by the neocolonial gall to invade a sovereign state on the shaky premise of weapons of mass destruction that they reevaluated their voting habits altogether. Blair’s government came to signify a shift in the position of Muslims in Britain, accelerated by 9/11 and a panic to quell any similar attacks on British soil. He introduced a raft of legislation that entrenched the surveilling and criminalisation of Muslims into policy, embedding Islamophobia into law. The impact of this is still visible today, wreaking havoc on the lives of Muslims and our communities.

Prevent, New Labour’s brainchild, rendered teachers counter-terror informants, tasked with identifying which students are being radicalised and which simply have a bad case of teenage angst. In my classroom, I see how the programme criminalises students for merely expressing their developing ideas about the world around them.

Still, overall, in the party and its policies, many British Muslims saw our own views reflected. If you cared about social justice, if you believed in nourishing our public services, if you wanted to support a politics that isn’t predicated on division, a nation where the non-privately-educated and the non-white could flourish, a state that supports the vulnerable and disadvantaged, then Labour seemed like the logical – or necessary – choice. It felt like the only viable opposition to the harsh austerity imposed by the Tories.

lol is anyone shocked by this tho? It was made apparent in the Batley & Spen by-election that Labour loves smearing Muslim communities & using islamophobic rhetoric. https://t.co/DEULpXa1M3

We are ruled by a political class who have barely attempted to conceal their contempt for Muslims. Our Prime Minister’s racist and misogynistic comments led to a direct increase in hate crimes against Muslim women – and yet, he faced no political repercussions. Our ruling party refuses to even acknowledge the definition of Islamophobia, let alone tackle its existence within their ranks. But Islamophobia in this country is systemic and deep-rooted. It is entrenched in institutions and built into corporations and woven into policy by the state.

And the Labour Party is no exception. The Labour Muslim Network released a report in 2020 that found one in four Muslim members or supporters had experienced Islamophobia within the party and one in three had directly witnessed it. From Trevor Philips’ readmission to the party despite calling British Muslims “a nation within a nation”, to accepting funding from a donor who referred to Muslim culture as “inherently violent”, it is clear that Labour has an Islamophobia problem.

McCarty’s alleged comments are just the latest example of this, but they are particularly unsettling to me. They are more than conspiracist ramblings. When people talk of a “Muslim plot”, they are inciting age-old Islamophobic tropes of Islamist takeovers and Jihadi domination. It deliberately ignites nationalistic ideas of “us versus them” which pit Muslims against the general population, painting us as scheming and deceptive, perverse and barbaric. It is far-right rhetoric, and for a Labour representative to spout such vitriol (and for the party to deem it appropriate for her to remain a candidate because of bureaucratic technicalities) speaks of a party that not only fails its Muslim members, but is actively hostile towards them.

Today we have been forced to, once again, write to the Labour complaints team regarding their handling of serious Islamophobia allegations.

We cannot begin to rebuild confidence amongst the Muslim Community while serious cases of Islamophobia are ignored. https://t.co/2DWWMvDN23

With incidents like this, it’s no wonder that Labour is at risk of losing half their Muslim vote. Structurally disenfranchised and discriminated against by the state, British Muslims are increasingly unwilling to abide the same Islamophobia in our official opposition. Mish Rahman, of Labour’s National Executive committee, said that Labour “cannot call itself an anti-racist party” anymore, while The Labour Muslim Network raised their concerns that “we cannot rebuild confidence amongst the Muslim Community while serious cases of Islamophobia are ignored”.

In my view, the problem goes further than Islamophobia. British Muslims live under the same conditions as the rest of the nation – but we are often disproportionately impacted. The cost of living crisis has plunged thousands into poverty and Muslim households are some of the hardest hit. An estimated 50 per cent of Muslims live in poverty compared to 18 per cent of the general population, with many families struggling to provide food to break their fast this Ramadan. It’s more than Islamophobia – it’s about having an opposition that sees how impacted our communities are by Tory cuts and austerity, and offers something radical and transformative in its place.

I’ve always been a big believer in voting. I’ve gone on countless tangents in my classroom expounding the importance of voting to my students who, barely into their teenage years, are already disillusioned by the politics around them and the parties on offer. But the state of the Labour party has turned voting into a moral question for me. Can I vote for a party that actively discriminates against people like me and fails to hold Islamophobes to account? Can I stand by a leader who, despite being a human rights lawyer, refuses to recognise Amnesty International’s findings on Israeli apartheid? Can I support a watered-down version of the Tories, obsessed with occupying the centre ground at the cost of those who the system is rigged against? For me, the answer, increasingly, is no.

Linkedin
RELATED ARTICLES
OTHER ARTICLES
Over the weekend, the United Families & Friends Campaign organised a protest calling for an end to deaths at the hands of the police.
We catch up with the singer in her London studio to connect the dots between music, painting and her relationship with the city.
SOAS Detainee Support detail the appalling conditions they witnessed at the dangerously overcrowded immigration centre in Kent.
After a devastating fire, creatives in the city are coming together to call for more affordable workspaces.
A centuries-old tradition is offering families a way to honour the deceased, reports Arbab Ali.
The Egyptian government are continuing the repressive mistreatment of environmental campaigners.