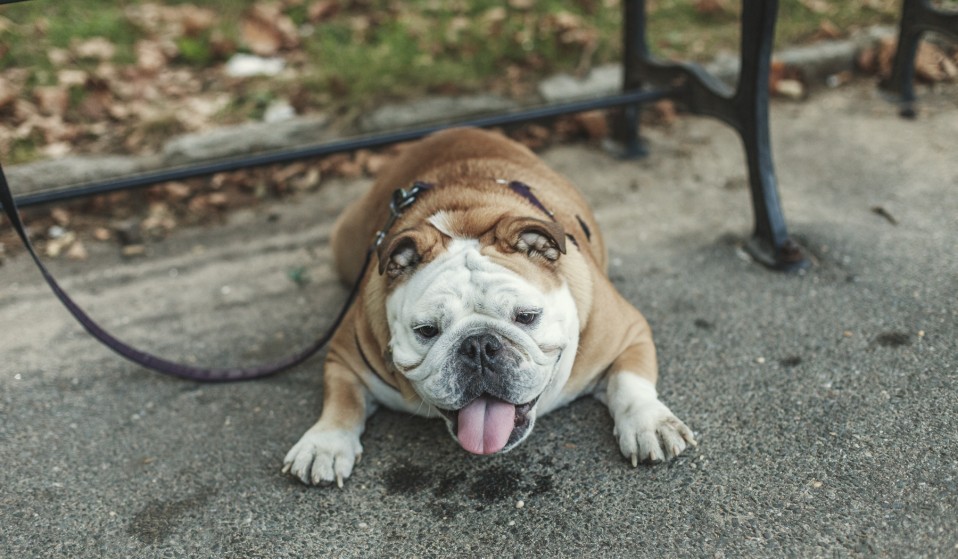 We hit up the streets and parks of North East London to find out what a bunch of kids make of politicians in 2016, because political commentators and pundits have been tweeting what their children apparently think to make their arguments.

UK politics is seriously messy right now, as it is across the Atlantic, and pundits and commentators are struggling to keep up. But a new trend has swept through the sitting-rooms of North East London: tweeting nonsense about what your children make of politics instead. Disingenuous rhetoric, or irrelevant thoughts of toddlers? We went to find out.

It doesn’t take a paid up political commentator to tell you that British politics is a volatile mess right now. Just weeks ago we left the European Union, a population ignored the will of its political leaders and elites, a signal of how out of touch the establishment has become with the wills and whims of the millions. Within a matter of days we had no Prime Minister, the Conservative Party which was already in turmoil looked set to rip itself apart. Manoeuvring and candidate fuck-ups meant our new Prime Minister hasn’t faced any election whatsoever.

Meanwhile the Labour Party saw a coup that’s leading to meltdown, Corbyn’s diehard supporters pitted against those in their party with different ambitions or goals. Infighting and personal arguments cover the front pages day after day, with no sign of such rifts abating.

A look across the pond won’t reassure you either: the Trump ascendancy continues to terrify, while supporters of Sanders look unwilling to lend good old Hilary their support.

There’s a humanitarian crisis at Europe’s border, mass slaughter occurring daily on Syria’s streets. Waking up to the news of another terror attack has seemingly become order of the day. In short, it’s a mess, and pollsters, commentators and politicos seem unable to provide answers, solace or support.

But, rather than admit we’re all now reaching blindly, a new trend seems to have swept over the columnist commentariat: tweeting what their kids, apparently, think. I genuinely can’t face trawling through the endless pages of Guardian columnist’s tweeting how their six-year-old Jemima was watching question time and noted “really though, the Chancellor’s economic policy for the north is really quite dire”. Ah even the kids can see it, said columnist will wittily note. “Watching PMQs with my toddler Harry and even he thinks Jeremy Corbyn is risking our national security by committing to unilateral nuclear disarmament. Kids eh?”

My 4 yr old daughter, seeing a picture of Donald Trump, asks me "why is that man so afraid daddy?" "I don't know, sweetheart, I don't know."

Having breakfast with my 4 and 7 year old and the eldest asks, "aren't WE meant to choose the Prime Minister mummy?" #CatchingOnEarly

I just told my 5-year-old daughter the next Prime Minister will be a woman and her face lit up. (Didn't tell her the maternity rights stuff)

It’s hard not to be cynical. When I was three I spent my time painting cardboard boxes naked in the back garden, by the time I hit nine I had a Playstation One and that was that. I can’t help but feel these social media commentators are using their (I hope real) children as rhetorical devices, allowing them to score political points through the prism of an innocent child. The other option, sure, is that their kids actually are spouting this stuff. In which case, who gives a shit, they’re the views of actual little children.

To see which of these two options was really at play, I headed out to Stoke Newton in East London, home of the metropolitan commentariat, to find out what three nine-year-old girls really think about the UK’s, and some of the world’s, most powerful figures. I took with me a pile of photos, and asked them to judge politicians as best they could.

This way, rather than waiting for a columnist to tweet, I hope you’ll have a reference point for analysis for weeks to come. 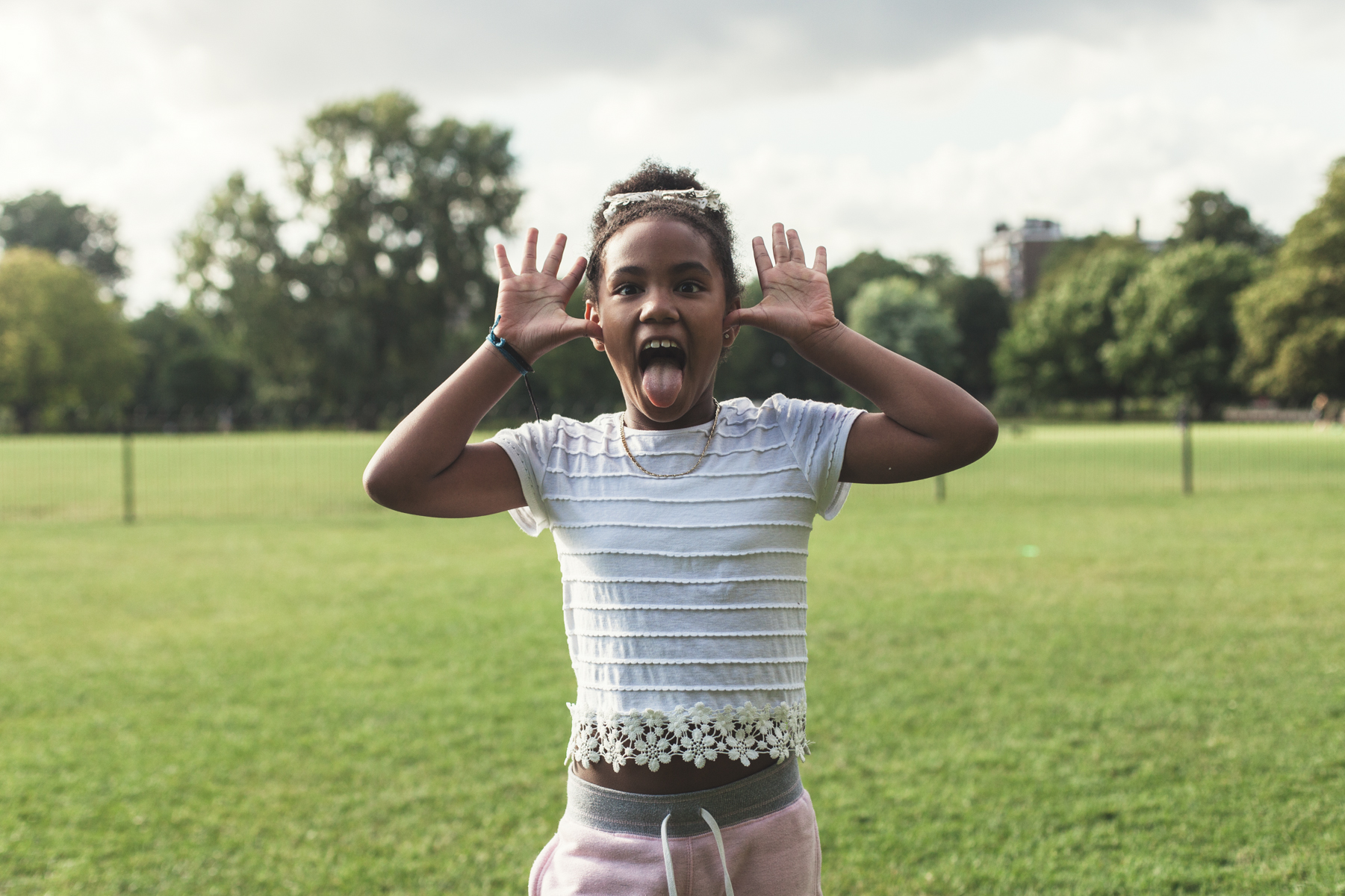 Who is this? I saw her on the news but I don’t really know.

How would you describe her? She looks quite strict but I think inside she’s quite nice really.

Would you want her to be in charge? I don’t know, maybe, if she could smile more.

Do you think she’d be good at running the whole country? Well, maybe. I think that she’s strict so maybe she could help the country yeah.

If she had one key policy pledge, what would it be? Don’t litter, she doesn’t like littering.

Do you know who this guy is? No.

Do you think anyone knows who this guy is? No.

What do you think he looks like? A silly monkey.

What do you think his name is? Donald.

Good guess. Would you want him to be your teacher? No, he’s too silly.

What about Prime Minister? If he is too silly to be my teacher do you think we should let him in charge of the country? No. .

Do you know who he is? I’ve seen him before, he rules Korea, he’s not nice though because his hair is a mess. He looks too funny to be Prime Minister.

Would you vote for him? No.

What do you think his key policy is? Let all the sharks be free.

What else do you know about him? I’m pretty sure his favourite food is pancakes with syrup.

There’s your scoop everyone. 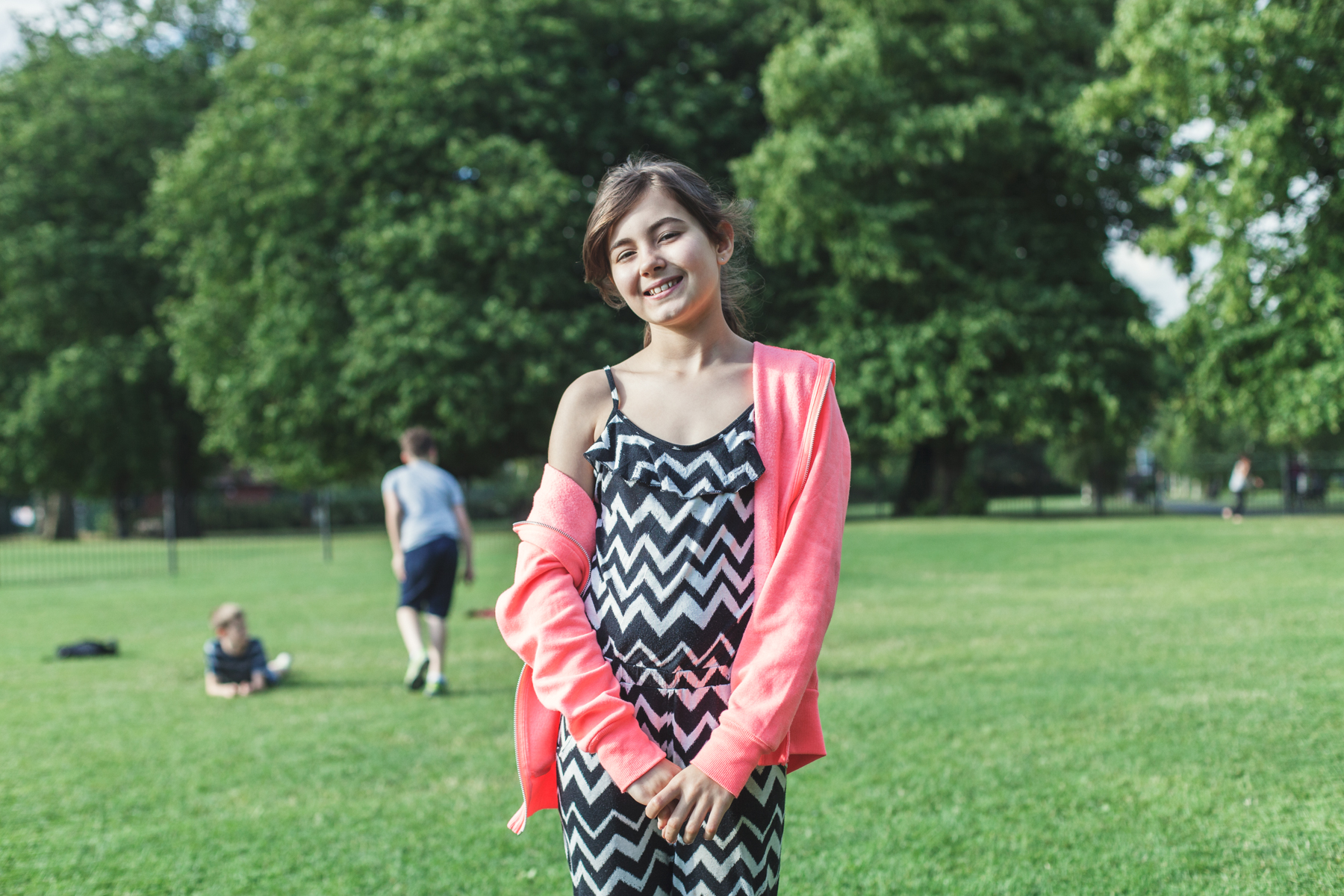 Describe him in three words. Grumpy, strict and posh.

What’s your favourite aspect of his personality? Personality politics is very 21st century. I don’t like anything about him.

What country do you think he’s in charge of? Japan and Germany

Yeah, he wants to expand his reign. Is he good at his job? Yeah.

What policy would he champion as leader? No bullying.

Is he trustworthy? A bit, but I wouldn’t be his friend, he looks like he wouldn’t talk to me.

Describe him in three words. Old, got a soft spot and no fashion sense.

If he was to try and make it as Prime Minister do you think he’d win? No, he looks like he’d disagree with everything and it’s a little bit much frankly.

Do you know who he is? It’s Donald Trump! He looks like Donald Trump, he’s got crazy hair!

If he could chose one piece of new legislation to get through Parliament what would it be? Have no fun.

Do you think he looks nice? No.

Which job would you give him if he was in your cabinet? Caretaker of a hospital.

Ah, a move from Defence Secretary to the Department for Health, you heard it here first, I better tweet it. 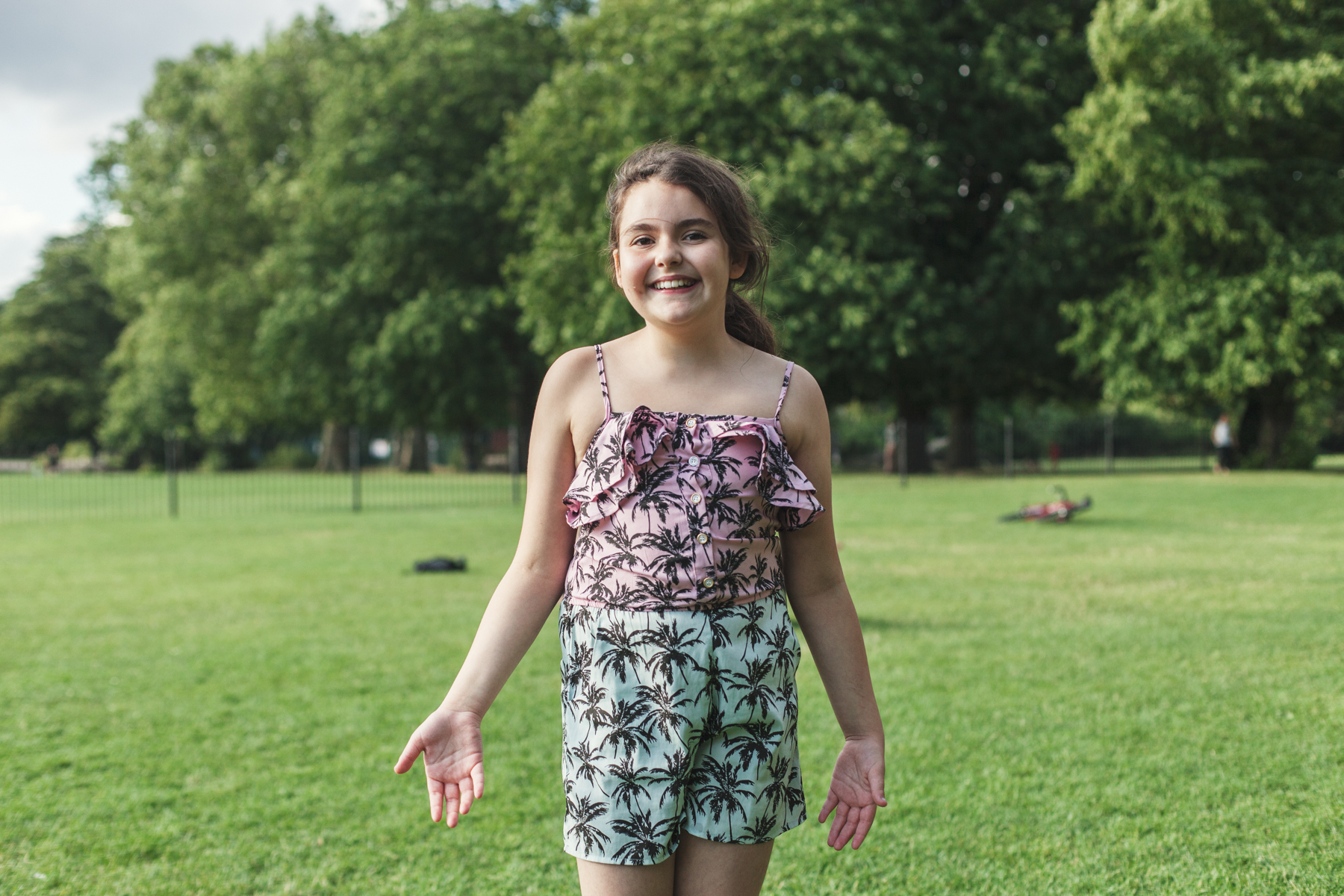 Nicola Sturgeon (leader of the SNP)

What’s her job in politics? I don’t know, I think it’s complicated.

What would her favourite rule be? Don’t be too silly.

Where do you think she’s from? England, definitely England. 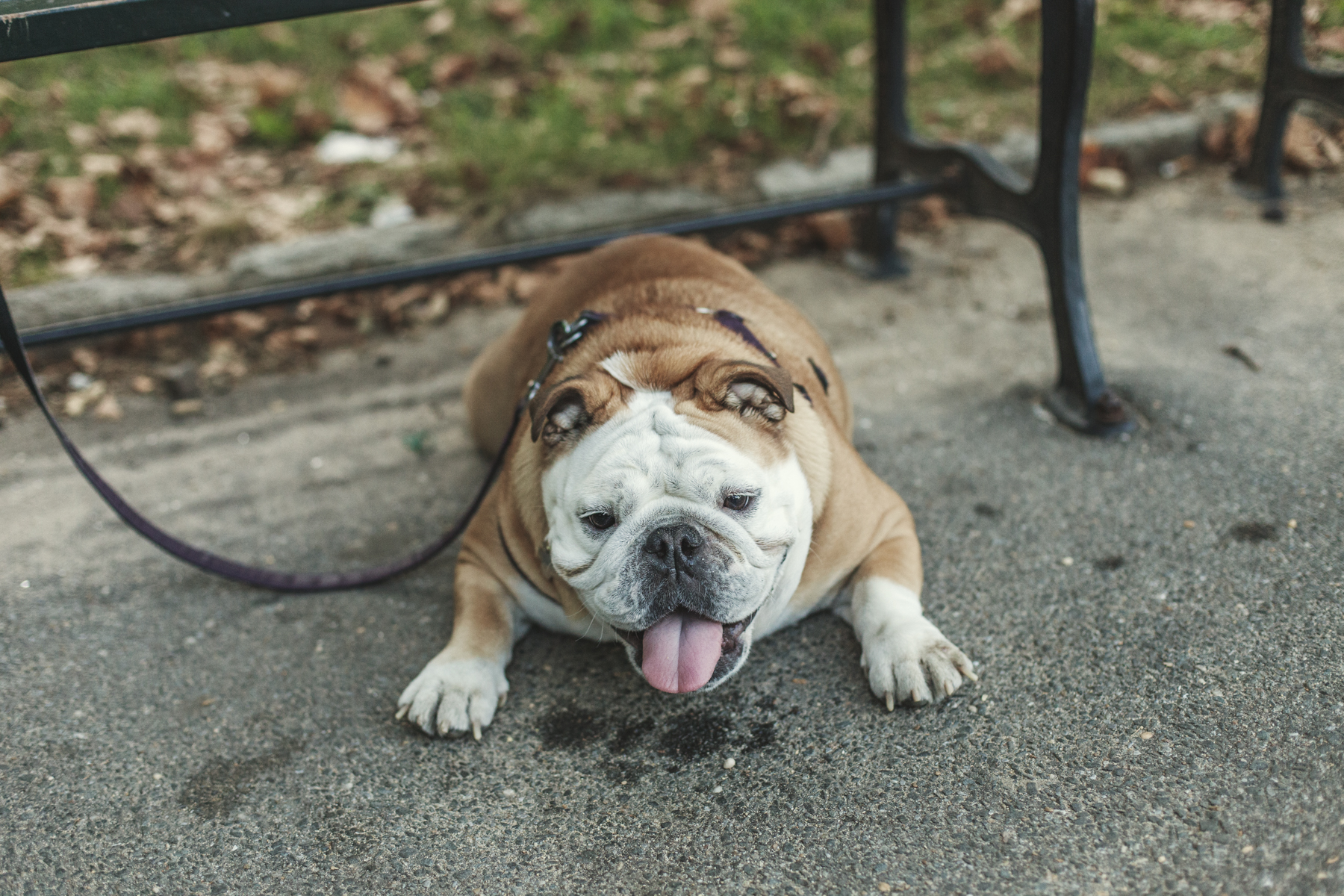 This is a dog, I asked him what he thought of Donald Trump and Hilary Clinton but he wasn’t saying much.

Linkedin
RELATED ARTICLES
OTHER ARTICLES
With skyrocketing rents, packed out viewings, bidding wars and more, renting in London has never been harder.
By turning a real-life crisis into daytime television fodder, TV bosses have once again shown themselves to be completely out of touch with audiences.
For over a decade, gamblers have won big by employing people to place live bets from the court. But does this dubious method still work?
Cindy Campbell recounts how her brother ushered in a new era of musical culture at a party she held in the Bronx in ‘70s.
Financial turmoil is pushing people who work in the sex industry into more dangerous and desperate situations as a means of survival.
The workforce is now gearing up for industrial action after receiving a measly pay rise, reports Ella Glover.