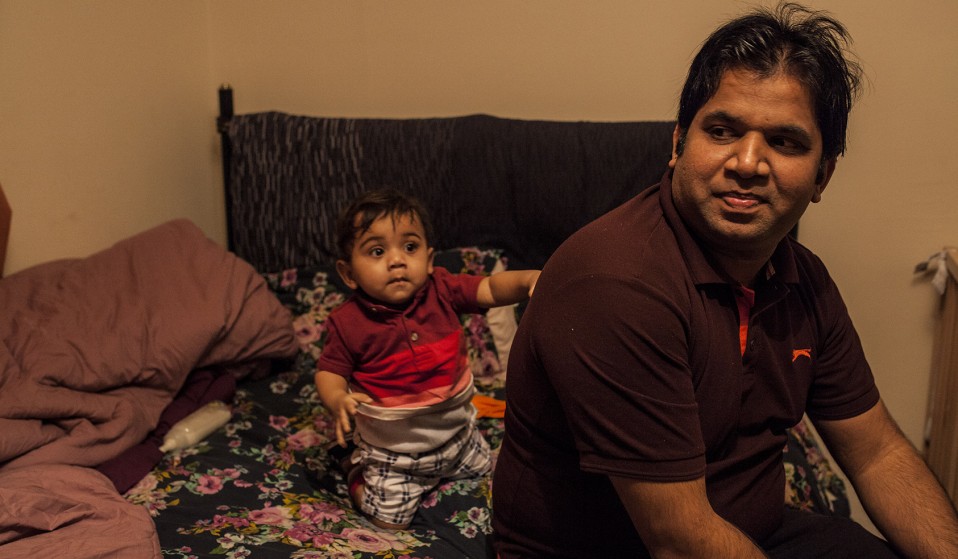 Many of those seeking asylum in the United Kingdom are living in a state of flux; unable to legally work for a living, with dire consequences on community relations and mental health. In Oldham, near Manchester, one woman knows just how painful this can be.

In a small church, tucked away behind a ring road surrounding the North England town of Oldham, a queue is forming at a collection point.

Locals and immigrants line up together, waiting to collect donated food from a food bank. Among them is Maram – a woman in her thirties quietly picking out items from tables, clutching a baby tightly as she goes. Born in Pakistan, she was forced to flee her home after the Taliban put her life in danger. She was working for the Rotary Club in Karachi at the time, administrating lifesaving Polio vaccinations – a practice forbidden by the Taliban. 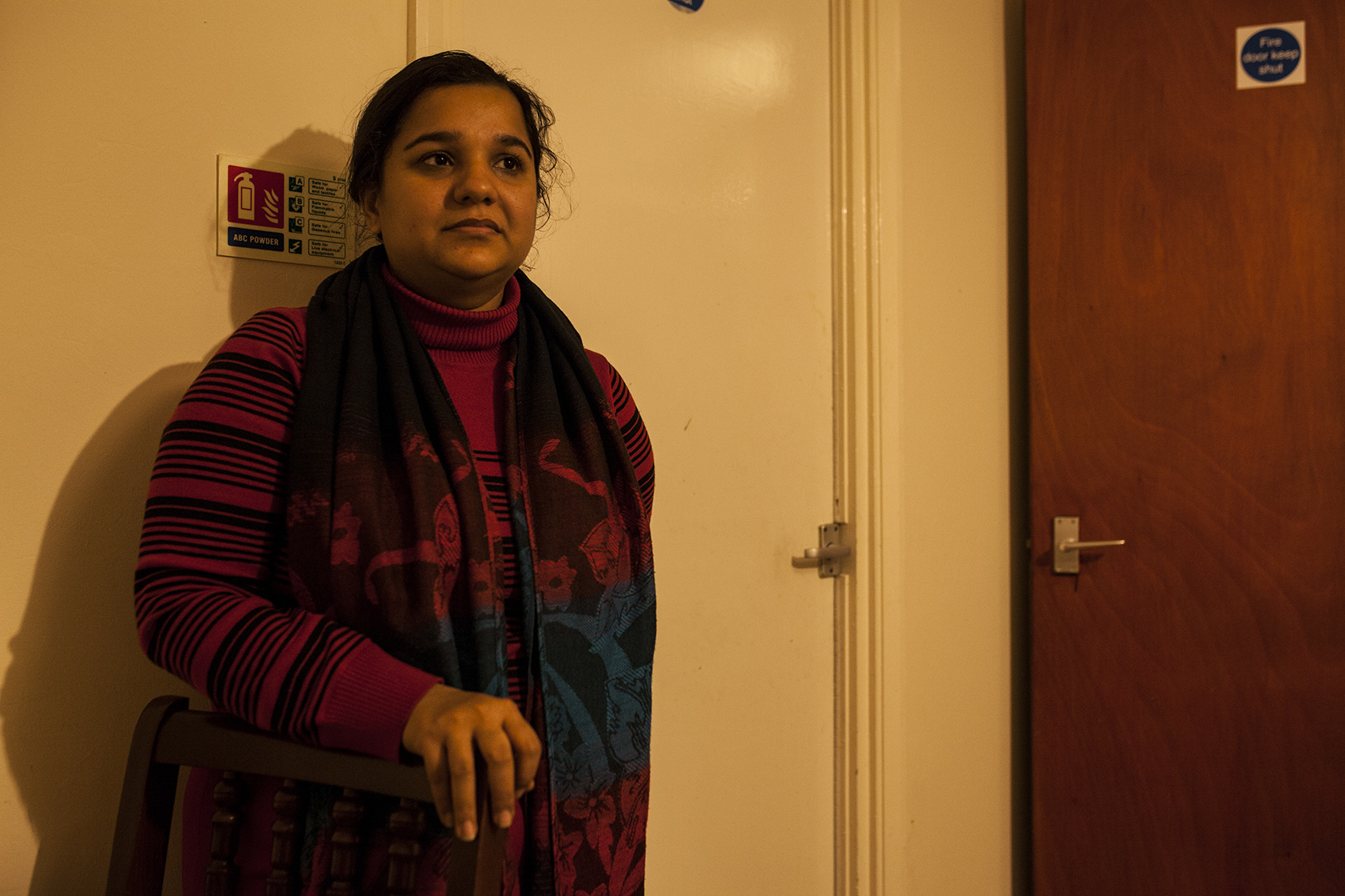 Her colleagues and the police officers charged with their protection were viciously attacked. A policeman was killed. In the wake of the violence Maram’s husband decided it was time to go. The next day Maram – then six months pregnant – arrived in the UK, and submitted her application for asylum to the Home Office.

She’s now been in Britain for well over a year, but life is anything but settled.

Since travelling to the UK Maram has been living in limbo – restrictions on asylum seekers’ activities mean she’s legally unable to work. Beyond her family she has little human interaction, there’s an occasional visit to her solicitors, a trip to the food bank too. 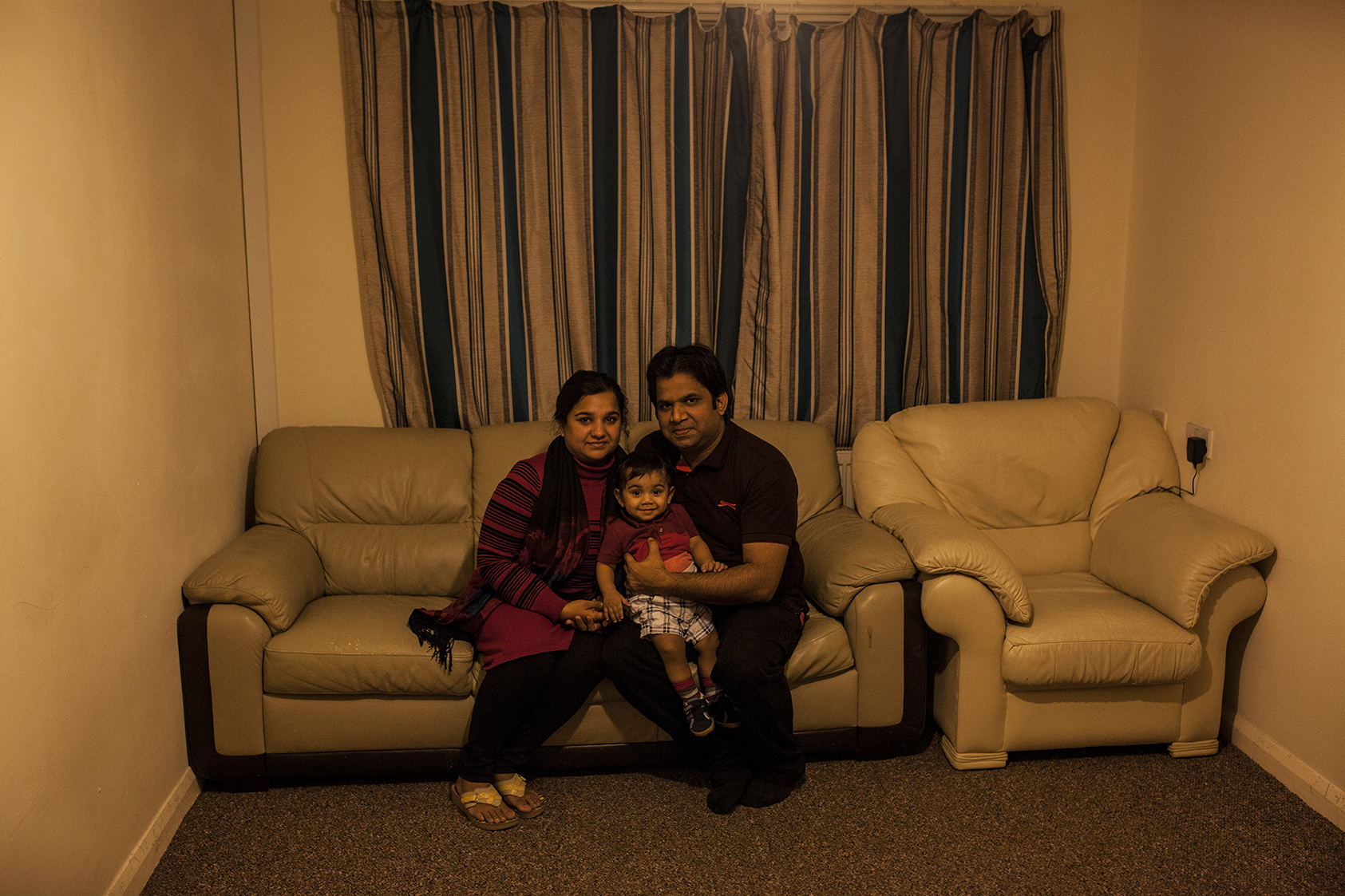 This long wait for acceptance is starting to take its toll. “I am free, but I feel that I am in a prison”, she reflects. “I do have freedom because it is a democratic country and there is the freedom to go anywhere but mentally? My legal situation makes me feel like I’m in prison.”

Serco, a private outsourcing company contracted by the government to find accommodation for refugees and asylum seekers, has housed Maram’s family.  On the edge of an industrial estate close to Oldham and Manchester is her temporary housing; it looks like much of Northern England’s social housing stock. When I first arrive at Maram’s home she greets me warmly, inviting me in and giving me a tour. 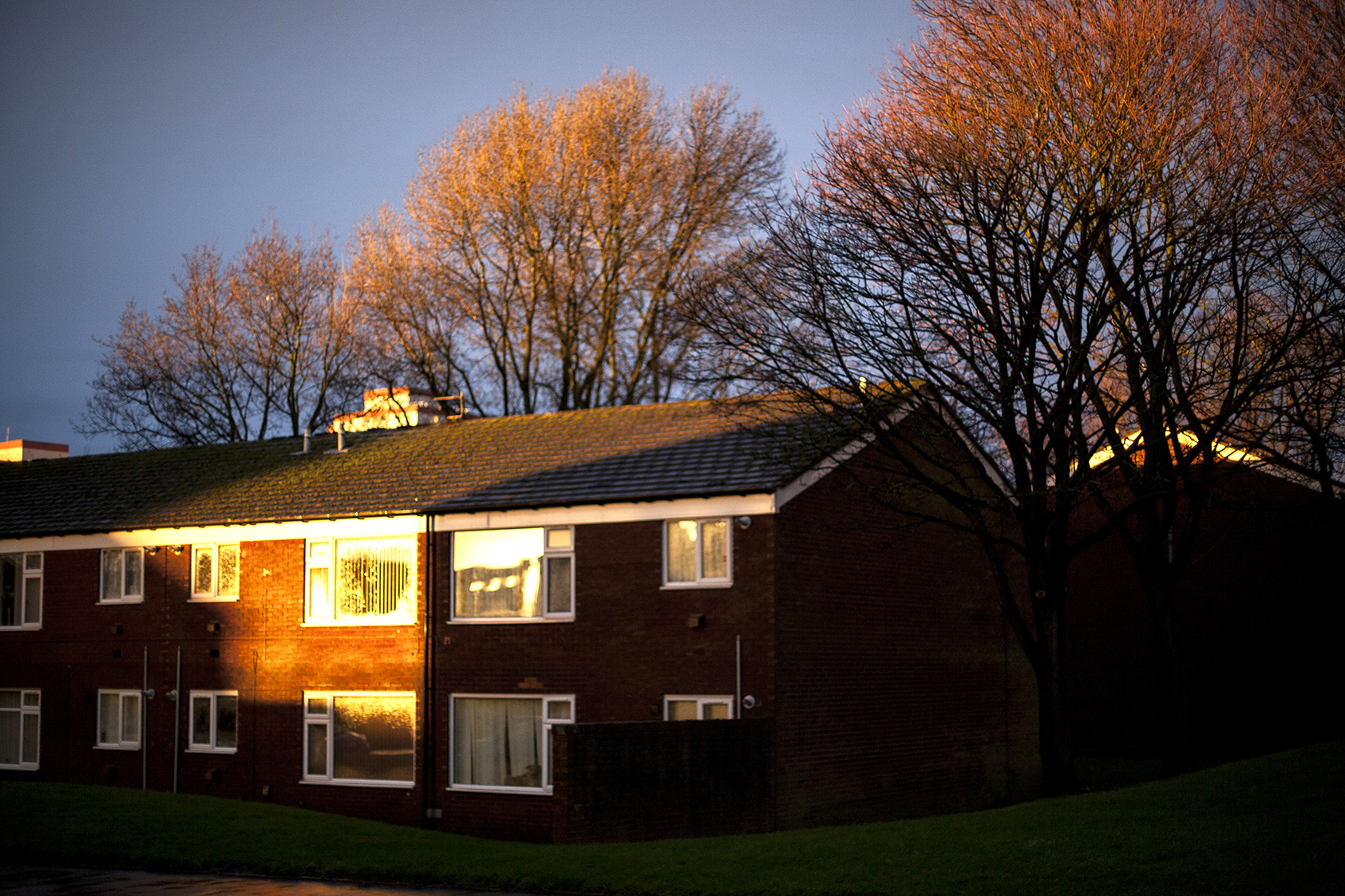 While her husband cares for their baby, preparing a supper of frozen chips, I nose around the small flat’s two bedrooms – one cheaply furnished to sleep the whole family, the other – which is smaller – just holds empty suitcases. Over the door to the living room a green “fire escape” sign hangs. Stained, florescent light bulbs line up overhead. The walls are empty; the ceiling mouldy. This is not a home, not a place for long-term living. 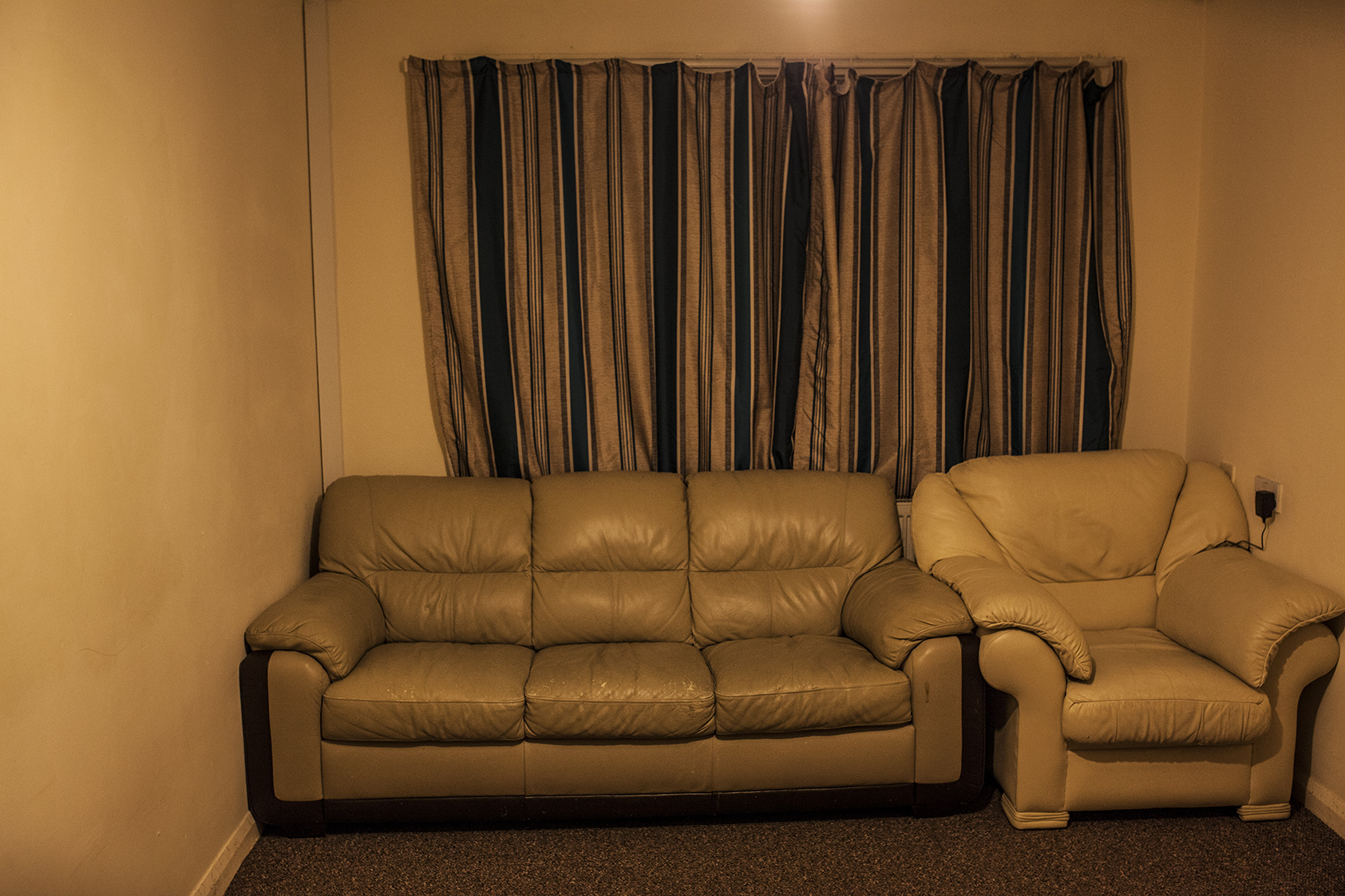 Critics suggest companies like Serco house refugees not just in cheap accommodation, but also in areas already blighted by deprivation. It keeps their costs on the rent front, maximising their profits and stirring up local tensions. Maram’s family receive a small amount of money from the state, but it’s nowhere near enough to live on, or to survive. The Refugee Council suggests some are living on just £5 a day, the majority living in poverty. 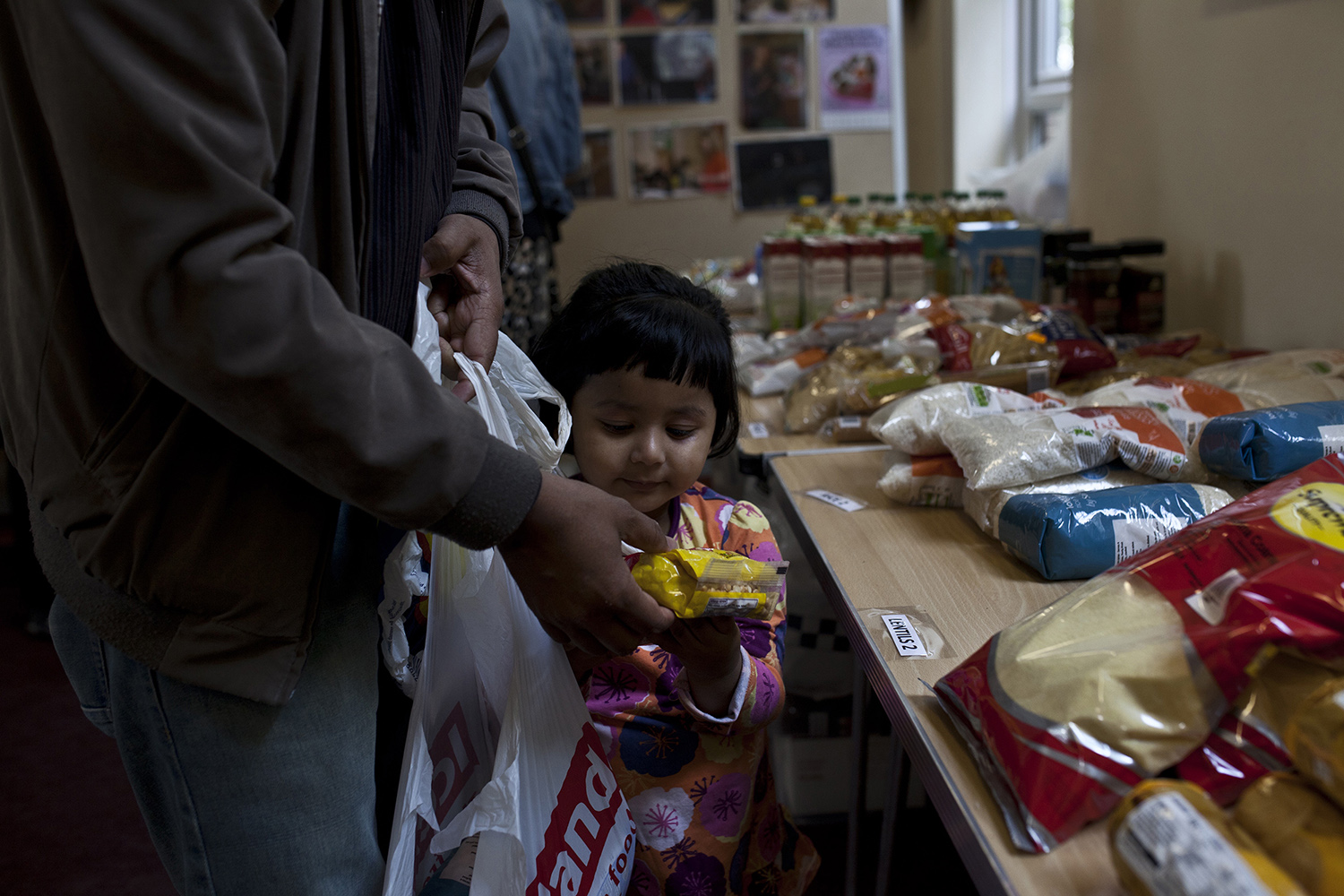 Maram saves money by never turning on the heating; lights are only used when they have no other choice, relying on food banks for sustenance. It’s a strange position to be in – indebted to the country that may protect them, even if only temporarily, yet a deep routed frustration resides. “They don’t let me work even though I hold two degrees”, explains a frustrated Maram. “I just need activities to help me move on with my life, rather than just sitting at home doing nothing.”

“Right now I’m just looking after the baby, cooking, sitting talking to my husband. It doesn’t work for us anymore, it is making me depressed.” 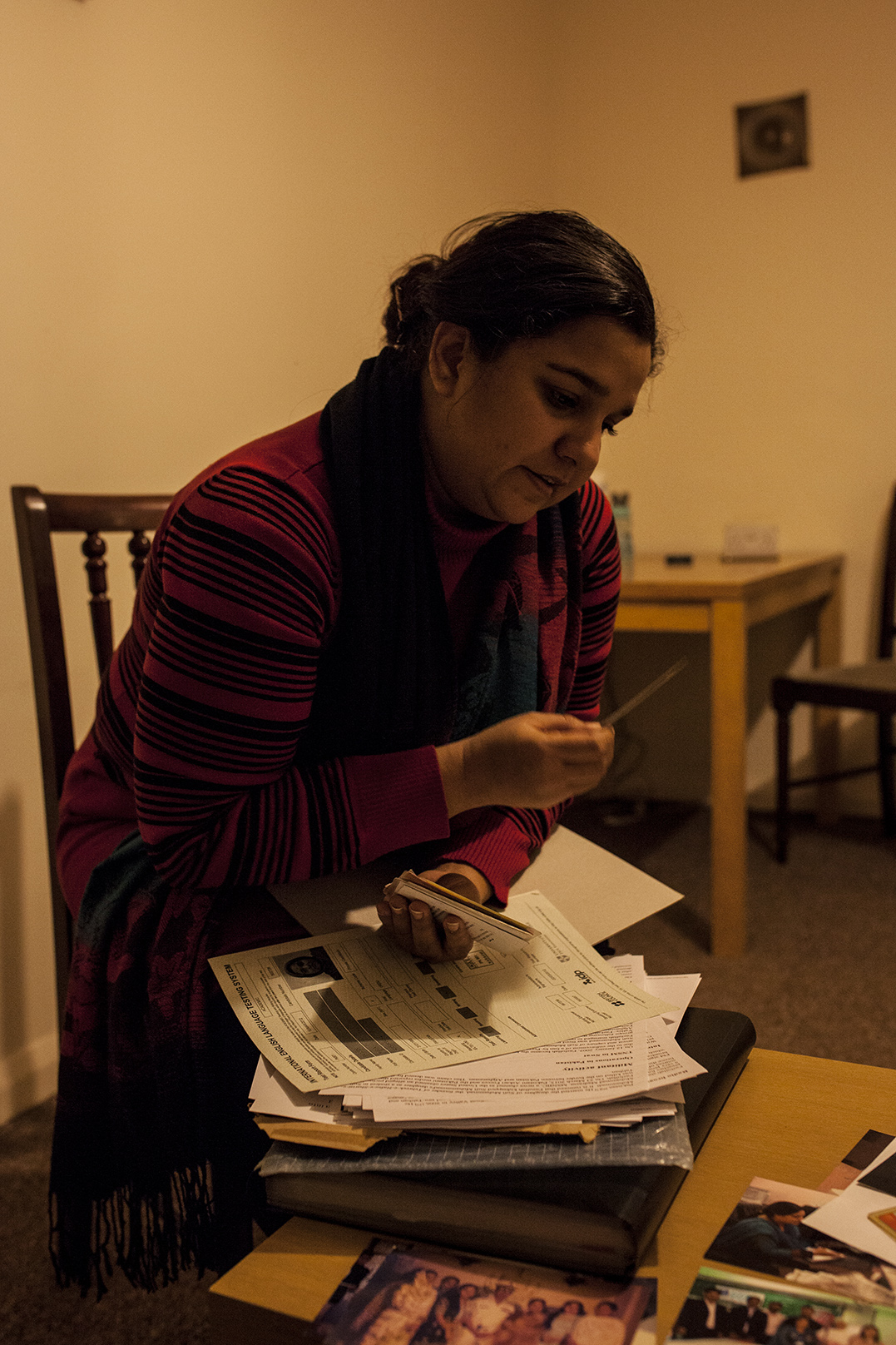 Maram roots through the stacks of evidence, legal documents and letters that make up their physical bid for asylum. We sit for some time, as she points to various papers, talking frankly about her depression and anxiety as she does. With little to distract her she plays out different scenarios in her head: what if she’d been the one injured? What if they’d headed somewhere else?

“I just keep waiting and waiting, I’m wasting my life.”

The links between poverty, unemployment and mental health problems are well documented, and Maram’s situation is a case in point. Thankfully some in the community are pulling together. Oldham Unity is a support group for asylum seekers situated in another local church. It offers legal and social advice as well as emotional support. Mike Lufts, who volunteers for the group, says that all of the 80 weekly service users are dealing with mental health problems. 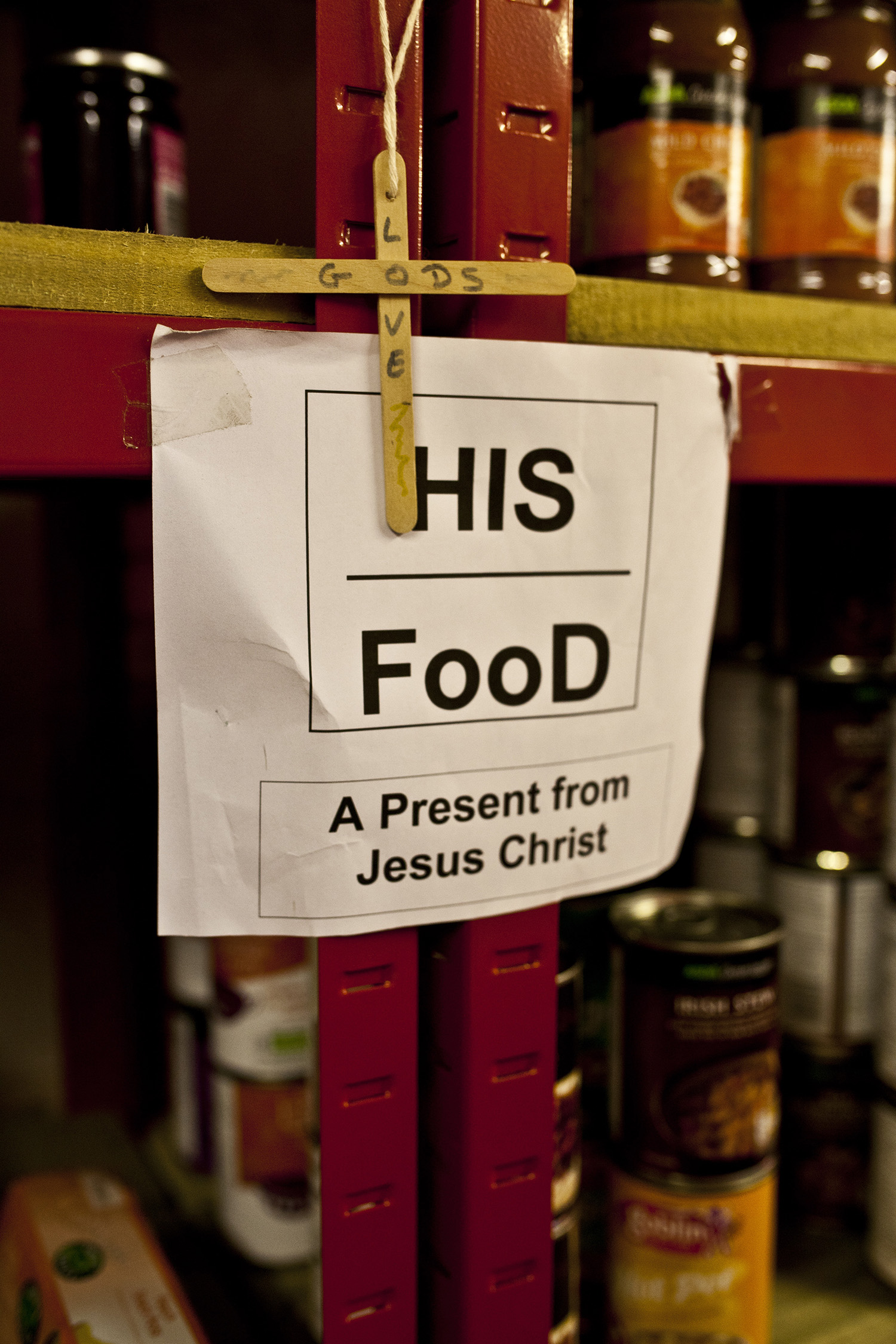 Accessing healthcare – something most Brits take for granted – is anything but straightforward for asylum seekers. The plethora of forms, requirements and loopholes are too often a mystery – many struggle with English and fail to be seen. “The situation is crazy, because the hospital will provide the treatment on the NHS but then charge asylum seekers for accommodation”, Luftus argues.

This dysfunctional set up means asylum seekers can’t afford to pay for their care, prevented as they are from working, and often bailiffs are sent to their homes to collect debts. “When they arrive, there are no possessions to take!” 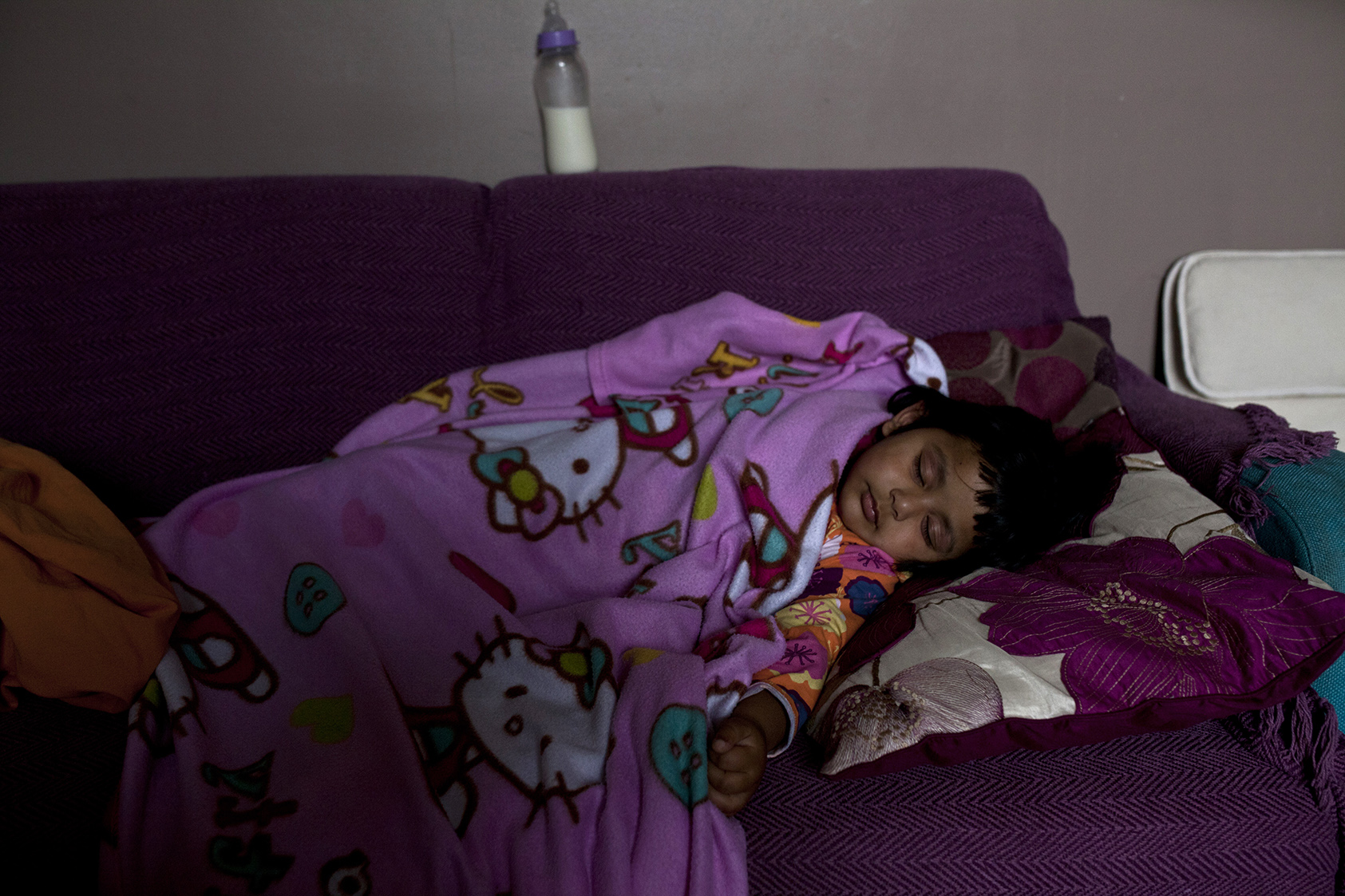 “It will then go to court, and the court will just waive the charges, but they go through this system which is makes them feel like criminals, unaccepted and worthless.”

The British government are already failing those seeking asylum: accepting pitiful numbers of people desperately seeking refuge, and providing the bare minimum in support for those who do arrive. Asylum seekers like Maram want to work while their cases are decided on: to contribute to society, to pay their way, and to keep themselves busy and occupied.

Linkedin
RELATED ARTICLES
OTHER ARTICLES
Photographer Sean Maung reflects on documenting a small town in Pennsylvania afflicted by high levels of unemployment, poverty, violence, crime, and addiction.
After building his reputation covering the US civil rights movement in the 1960s, the photographer went on to produce some of the most enduring images of the past century.
Social prescribing connects people with non-medical support to improve their health and wellbeing – but some experts worry it’s just a stick plaster solution.
A new podcast is opening up the conversation between trans women and trans amorous men in the hope of building coalitions.
Filmmaker Laura Poitras discusses her new documentary which traces the remarkable life of the artist-activist and the impact of her battle against the US opioid crisis.
Following the release of his debut single, Deyaz talks battling addiction, dealing with his struggles through music, and building a budding music career from his living room.