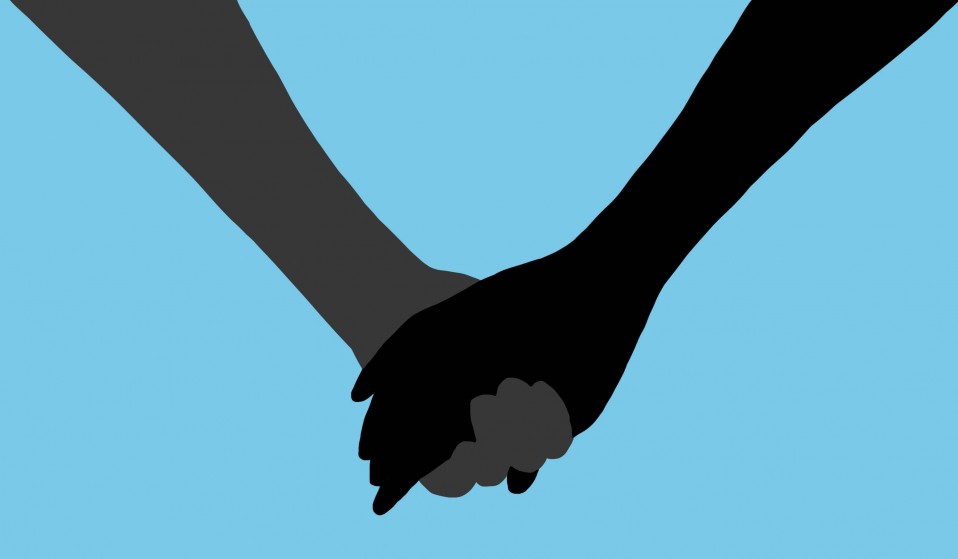 In the wake of the attack on Manchester we're asking those who love the city to share their thoughts and feelings. Diversity Officer at Manchester University Students' Union, Ilyas Nagdee is up first.

In the wake of the attack on Manchester we're asking those who love the city to share their thoughts and feelings. A lifelong resident of the city and Diversity Officer at Manchester University Students' Union, Ilyas Nagdee has one simple message for us all today - we must all be a little more Mancunian from now on.

Last night, I sat with my workmates eating pasta, watching the sun set over the Manchester skyline. The Manchester Evening News Arena was in full view. We were less than a 3-minute walk from it, from the site of this horrific bloodshed.

Now I’m thinking back to that moment, just over 12 short hours ago.

As I sat watching from on high I started thinking about the first gig I’d been to at the MEN Arena, how I’d queued for what felt like hours to get in and see The Script. God it was a good gig. I left feeling elated, wishing I could have stayed in that hall  just a little while longer. But stepping out again, into reality, just wasn’t that bad.

You see, Manchester isn’t like the rest of this country. Manchester is different, Mancunians are different. Mancunians are the greatest of humanity. They are the people who leave their bus tickets tucked into the timetable frame at the bus stop for the next traveller, they are the ones who pull out a couple of quid to help anyone who asks. They are the ones that thank the street cleaners, the ones who’ll strike up conversations whether you’re up for talking or not.

I grew up in Old Trafford, on the border of Hulme/Moss Side and Whalley Range. I learnt early on in life that being a Mancunian is bloody brilliant.

There is no time restriction on how long you must have lived in this city to be a Mancunian, there’s only one condition: that you love it. You might have had ancestors here for 300 years or your parents might have arrived as migrants in the 1970s. You might have turned up one September for university or you could have moved here just last week with your cat. Whichever it is, if you love this city it will love you back.

Manchester was attacked yesterday, and she’s still hurting, words can’t describe both our shared and individual pain. But already this great city is showing her might, her strength, her resilience.

Manchester reminds me of my family – it’s tough. We laugh, we cry and we fight, but we remain united whatever happens. This time will be no different. Manchester always rallies – literally rallies – whether we’re marching against racism, celebrating our achievements, or standing togehter in grief.

When I saw #RoomForManchester trending last night, Mancunians offering up their spare bedrooms and sofas for those stranded, I remembered why I love this city. When I heard that taxi drivers had been giving free lifts all of last night to get people home to their families, when all of my Whatsapp groups were buzzing as people checked on each other, when I saw the dedication of our emergency services. Each reminded me of how special a place this is.

Because in this swirling pool of a city from Moston to Moss Side, from Etihad to Old Trafford, Canal Street to the Curry Mile, this city embodies the greatest of values: all are welcome, nobody is turned away.

I heard this morning, in the immediate aftermath of the attack, that a Muslim woman student was spat at on one of our streets. I think back to the many times over the past few years when after an incident I’ve asked my Mum to not go shopping alone, just to send me. I worry because I’ve dealt with it myself – from being called a Paki and a raghead to literally running down a street because I was sure someone was following me, no idea what they might do.

This attack was intended to divide us, but in Manchester it won’t. I’m certain.

Over the next few weeks we must not forget what has happened, we must react, we must respond, we must be strong. We must be just that little bit more Mancunian.

We’ll smile on the streets a little longer, we’ll strike up a conversation with the Muslim, the Hindu and the Jewish person on the bus. We’ll chat to our neighbours, make sure their loved ones are okay. If they’re not we’ll support them in their mourning. We’ll use the word “love” a few more hundred times in a week.

We’ll never forget that no matter what happens, Manchester will always persevere and preserve together.

Because as we all know…

Linkedin
RELATED ARTICLES
OTHER ARTICLES
Theo McInnes’s photos of the annual event provide an intriguing snapshot of contemporary Britain.
Activists and campaigners are fighting back against new laws that would seriously undermine the ability to take industrial action, calling it an attack on fundamental workers' rights.
Since 2007, Gideon Mendel has made 20 trips to document floods in 13 countries. The result is an alarming record of what has already been lost to the climate emergency.
After building his reputation covering the US civil rights movement in the 1960s, the photographer went on to produce some of the most enduring images of the past century.
Social prescribing connects people with non-medical support to improve their health and wellbeing – but some experts worry it’s just a stick plaster solution.
Following the release of his debut single, Deyaz talks battling addiction, dealing with his struggles through music, and building a budding music career from his living room.