News & Politics / Black, Queer and Under Scrutiny: Living out my freedom online 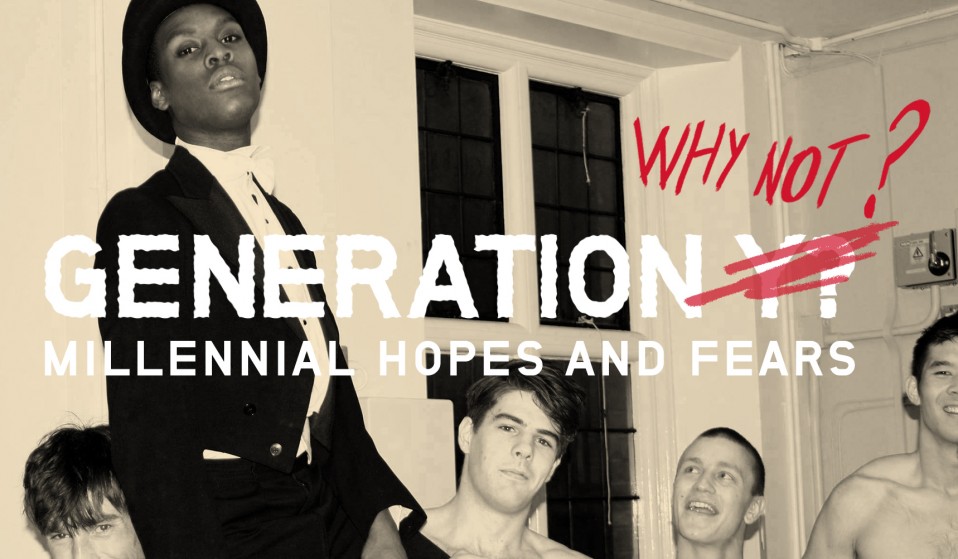 The internet provides us with endless opportunity and freedom - to assert and explore ourselves however we see fit. Why then do I so often feel trapped?

The internet age provides us with endless opportunity and freedom - to assert and explore ourselves however we see fit. But we don't just look at the world, the world looks right back at us, and our loved ones won't always like what they see.

My family despise the way that I use the internet. A twenty one year old from a respectable family of somewhat prominent Nigerian lawyers, they’d tell you I’ve always been far too open and shameless about pretty much everything online. To them, when millennials like me operate in the public gallery of social media our opinions and actions are too loud, too obscene and far too public. To them it has always been the go to symbol of my moral and intellectual decline, my growing entitlement and failure of common sense (emoji).

I tend to take these inevitable “In my day…”, “You spend all your time looking at screens!” generational criticisms with a pinch of salt. In the advent of the internet age, it’s unremarkable that we spend much of our lives within these virtual walls.

But navigating coming of age in the digital age is made all the more difficult when the lives and comforts of the people you love are on the line. I’ve had to take down photos, blog posts and even whole websites that escaped the boundaries of their ‘respectable’ sensibilities; if simply acknowledging my queerness is taboo, discussing and living it is nothing short of reckless.

Yes, millennials are increasingly finding sanctuary in performing our identities online, but how can I live a life of authenticity when that life inevitably shames those who have sacrificed so much to give me the freedom to be authentic in the first place? (mic drop)

Who we expect to occupy cyberspace so often mirrors who we expect to see in the real world; queer millennials frequently find themselves and their identities shamed offline and on for public displays of intimacy and culture, be it style, language or just living out our lives. In a digital age marginalised youth are following in the grand old tradition of “taking up space”.

We’re constantly pushed to the margins – be it segregated seating on buses, an absence from positions of power, or being murdered at the hands of the state. It might not seem like much, but refusing to stay on the fringes is defiance. Traditional protest has a long history of using physical presence and visibility to resist erasure and declare the importance of queer people and people of colour. This refusal to go quietly into the margins of cyberspace is really no different.

Cyberspace is after all just that, space, and people take up space, to prove that they matter. There is the promise of new freedoms to be found in the no-holds barred stream of consciousness of twitter, in vulgarity and memes and nudes: acts of creation and exertions of agency – it’s liberating.

But when these identities are performed in cyberspace with brashness and decadence, they all too often come into conflict with the much more morally and socially conservative home lives. Inevitably, being the black British son of second generation Nigerian immigrants: every action online is refracted through a prism of ‘responsibility’.

You never forget that ‘you are the hopes and dreams of a nation’, that your parent’s friends will wonder about all the femme queer photos of you emerging on their children’s Facebook accounts; that your parents will feign ignorance over dinner parties in the hot, Nigerian capital and you will dwell on the sacrifices, and the unpayable debts you owe to the people that have tried to give you a better life.

Our immigrant parents and grandparents were a generation raised on respectability as the ultimate formula for success: don’t rock the boat; live a quiet life of picket fences, mortgages and Sunday school, and cow-tow to governments and priests; a tried and tested path to prosperity and longevity.

But a series of vanilla and employable vignettes is ridiculously unappealing to a generation raised not on safe realities, but on the exciting and infinite potential of breakneck-paced future. We are a generation dispensing with respectability politics in favour of something more authentic — employers want real people— not pinned tweets about sustainable wind farming, summarising the one FT article you’ve ever read; they want people who are messy and fun, with crass humour and banality. At least, I fucking hope that’s what they want.

There’s tension between a desire to live with openness and carefreeness in the internet age and the crushing weight of expectations. This is a life of opportunity generations before you did not have. But paradoxically I find myself constantly negotiating the limits of this supposedly boundless freedom. The liberation felt in every tweet, every photo and every status update. Every online opinion piece weighed against the inevitable heartbreaking phone calls with disappointed intonations.

Social media offers so much freedom to see the world, but the world sees you too. Our behaviours, however outrageous, are not just consumed by our peers but also by the ‘village’ of people who raised us. But for me, a visible existence that is unapologetically black and queer is non-negotiable.

For the very reason that cottaging and cruising diminished the dignity of queer men in the 20th century, the underground practice of our identities and the concealment of our affections diminishes dignity and self worth. Public assertion of not only our value, but the value of the people we love and the value of that love for all the world to see might be self-indulgence, but it creates a world in which we may one day thrive.

The cultural impact of minority communities in the digital age is nothing short of revolutionary. We are revolutionary when we do not modify our language or our emotion for fear of our safety, dignity or exploitation but rather talk louder: invert the gaze.

A kind of hyper-authenticity, at once aware of it’s audience but simultaneously unwilling to modify behaviour in spite of that, or let it’s originality and creativity be devalued or stolen by a mainstream that wants our culture and not our bodies. To live between borders is to transcend them: to understand what will heal the old world of our parents and what will propel contemporary discourse, forward.

A desire not to quietly assimilate into existing accepted channels and ways of doing things. To be a millennial in diaspora is a chance to right the societal wrongs that often drove you predecessors here in the first place. Rather we create and curate spaces of laughter, and modes of communication, public and unrepentant as they might be. But with this comes the chance that our mistakes might be immortalised. It’s undeniable that the internet does not always forgive, and it certainly never forgets.

Maybe these things are also a truthful part of us. These are our histories and there’s value in battles won and lost. To create narratives, and public channels of communication that are of entirely our own invention is a bold move in a society that would rather it’s marginalised were unseen and unheard.

It’s why I choose to live my truth in the vast frontier of the internet. To be unapologetically who I am: to take every thirst trap selfie; write every drunken 4am polemic; to live in the unfiltered immediacy and taboo of my life and identity.

Otamere is a freelance writer based in London.

Linkedin
RELATED ARTICLES
OTHER ARTICLES
Mass crustacean die-offs in the North East have led a community of fishermen to take action to save their seas.
After blocking the Scottish government’s gender recognition reform bill, Westminster is now devising further changes to the law to make it harder for trans people to self-identify.
From snake handlers to mardi-gras revellers, Tom “TBow” Bowden’s photos provide a snapshot of the wonderful and weird people who make up America.
Activists and campaigners are fighting back against new laws that would seriously undermine the ability to take industrial action, calling it an attack on fundamental workers' rights.
David 'Dee' Delgado’s photo project is about honouring and uplifting the city of his youth, and a world rapidly disappearing under the relentless onslaught of gentrification.
Taking us through one of the most dynamic years in recent history, Laylah Amatullah Barrayn new photo book contains tender yet confrontational portraits.