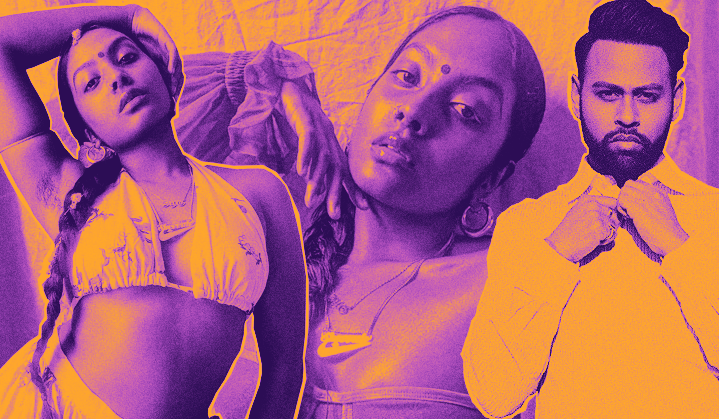 In the wake of a Bollywood song with a racist lyric about Beyoncé, South Asian youth are confronting society's colourist beliefs and the ingrained sense of anti-Blackness.

After uproar towards a Bollywood song with a racist lyric about Beyoncé, South Asian youth are confronting deeply entrenched colourist beliefs and the ingrained sense of anti-Blackness in society.

Dark-skinned South Asians have always had a complicated relationship with Bollywood. For many of us, the way the industry glorifies and fetishises fair skin makes us question why we are so rarely given representations of people who look like us.

Bollywood’s colourism has become an open secret – from its actors endorsing the skin-whitening cream Fair & Lovely (now renamed ‘Glow & Lovely’ following public outcry earlier this year), to the casting of white actors to play Indians, the message is clear – the fairer you are, the better.

Yet when the song ‘Beyoncé Sharma Jaayegi’ from the upcoming film Khaali Peeli was released in early September, it was clear that colourism had turned into racism. The song insinuated that Beyoncé – upon seeing the ‘goriya’ (fair-skinned) actress of the film dancing – ‘will feel ashamed’. The blatant racism in comparing a Black woman unfavourably to a ‘goriya’ – months after Black Lives Matter gained huge traction worldwide, including in India – suggests Bollywood has learned nothing.

Worse still, is that this dig at Beyoncé follows hot on the heels of the release of her song ‘Brown Skin Girl’ – an empowerment anthem for Black and brown women. The video, part of Beyonce’s visual album, Black Is King, also features South Asian women – including British Tamil model and activist Sheerah Ravindren.

Ravindren “literally just started crying” the moment she found out she was filming a Beyoncé music video. “It just meant so much. For me, I got my representation through [Black women] because I obviously didn’t see dark-skinned South Asian women.”

She describes ‘Beyoncé Sharma Jaayegi’ as a “disgusting, insulting piece of work to not just degrade an artist that did the job [Bollywood] couldn’t do, but to also take a dig at her as a Black woman”.

It stands in stark contrast to ‘Brown Skin Girl’, which is “uplifting, and doing good for Black and brown communities… This video is empowering [them] to now be like: ‘fuck what the industry is saying – I am beautiful,’” says Ravindren.

Alongside other activists, Ravindren has launched the movement #BollywoodSoWhite – inspired by the 2015 hashtag #OscarsSoWhite – to raise awareness of the industry’s colourism and inherent anti-Blackness. However, it is also clear that Bollywood’s problem is merely reflective of deeply entrenched colourist beliefs in South Asian societies, and an ingrained sense of anti-Blackness – a product of both India’s complex caste system and of British colonialism. 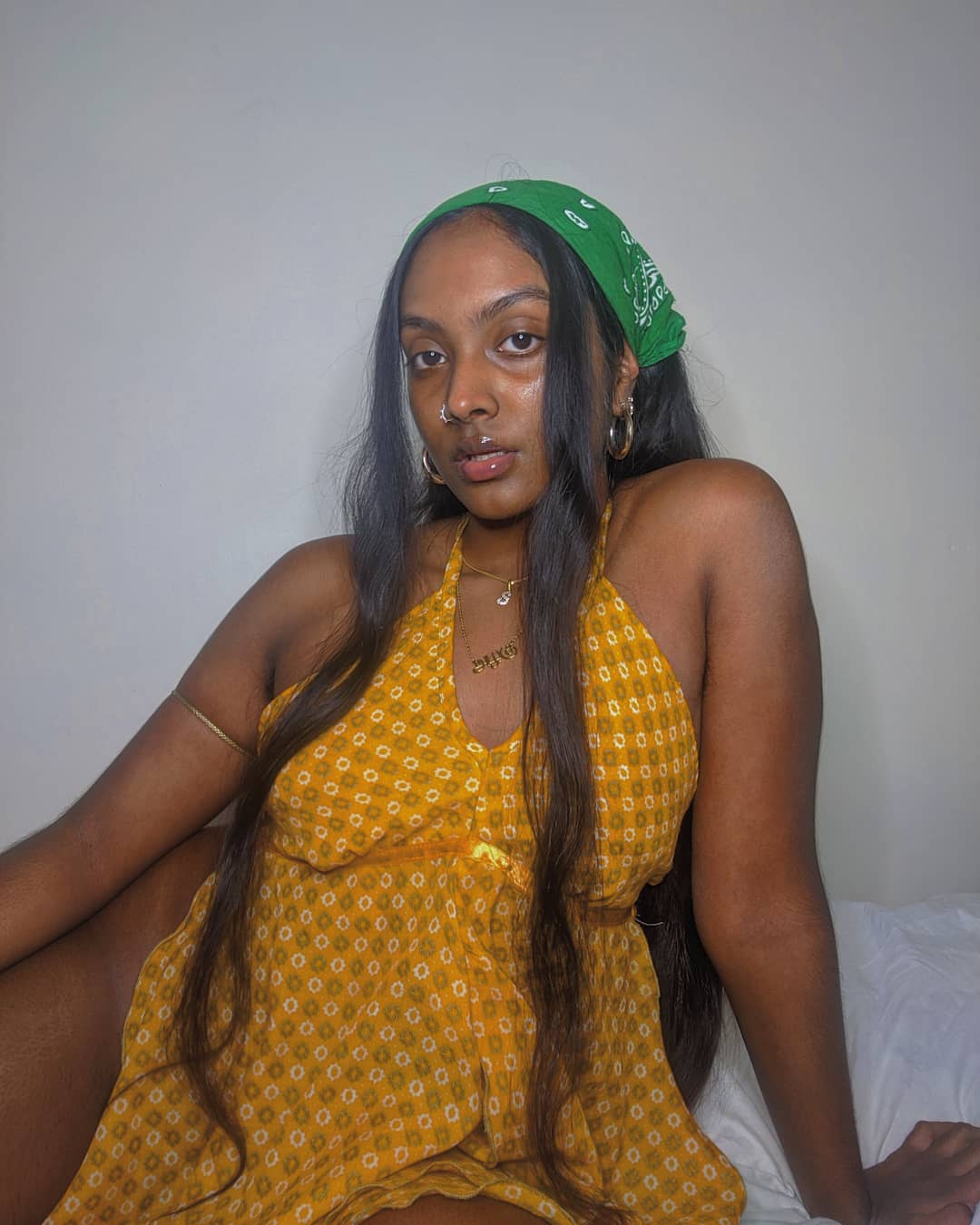 In many ways, Black communities have paved the way for South Asians – for example, in the US, it was the Civil Rights Movement which gave way to immigration reform, allowing greater numbers of South Asians to enter the country. And yet, according to Ravindren, South Asians often do not “open their arms” to Black people due to their own internalised anti-Blackness.

For Brie Powell, a 27-year-old Black American student, this is what made the South Asian representation in ‘Brown Skin Girl’ a “complicated moment”. Powell says that in her friendships with South Asian women, she has sometimes experienced, as she describes it, “this sense of ‘But at least I’m not Black.'”

“When you saw the nod to South Asian women as well, it was a moment of ‘Oh that’s cool! I hope you know it’s not always a two-way street,’” Powell adds.

Ravindren acknowledges this. “We face racism, but we’re also non-Black people of colour, and we’re not having to deal with anti-Blackness,” she says. “The Black community doesn’t owe anyone anything. Black people don’t owe us our representation, yet they have gone and done that for us.”

The decision to include South Asian women in ‘Brown Skin Girl’ is also a clear nod to the colourism inherent in both Black and brown communities. Ajyad Abdelrahman, a 25-year-old Black American of Sudanese origin and a self-confessed former Bollywood fan, says: “[Beyoncé] literally said in that music video, ‘I see you too. I see that you’re going through struggles as well, being dark-skinned South Asian women.’”

Abdelrahman’s love of Bollywood began in secondary school. “Shah Rukh Khan is my favourite actor, I watched all of his movies. I literally cut class one time to go see Jab Tak Hai Jaan,” she says. However, she observed that Bollywood began getting “messy” around two years ago, and she unfollowed several celebrities on social media earlier this year.

When ‘Beyoncé Sharma Jaayegi’ was released, for Abdelrahman, her love of Beyoncé won out over her appreciation of Bollywood. “I was like, I think this is the time me and Bollywood break up,” she says, noting that Beyoncé is a light-skinned Black woman and that darker-skinned women would be subject to even more scrutiny.

“I don’t think Bollywood takes colourism seriously. I don’t think they see it as harmful, they don’t see it as hurtful.” As a Black woman, she also feels that Beyoncé Sharma Jaayegi sends a message to others like her “that you’re not that important of a fan”.

Although most of Bollywood’s film fraternity have stayed silent on the controversy, actor and well-known Indian TV presenter VJ Andy feels it is his duty to speak out. “I don’t agree with the song, I don’t agree with the lyrics,” he says. “Today, in this day and age, we have to be much more aware of what we’re putting out as creative people.” 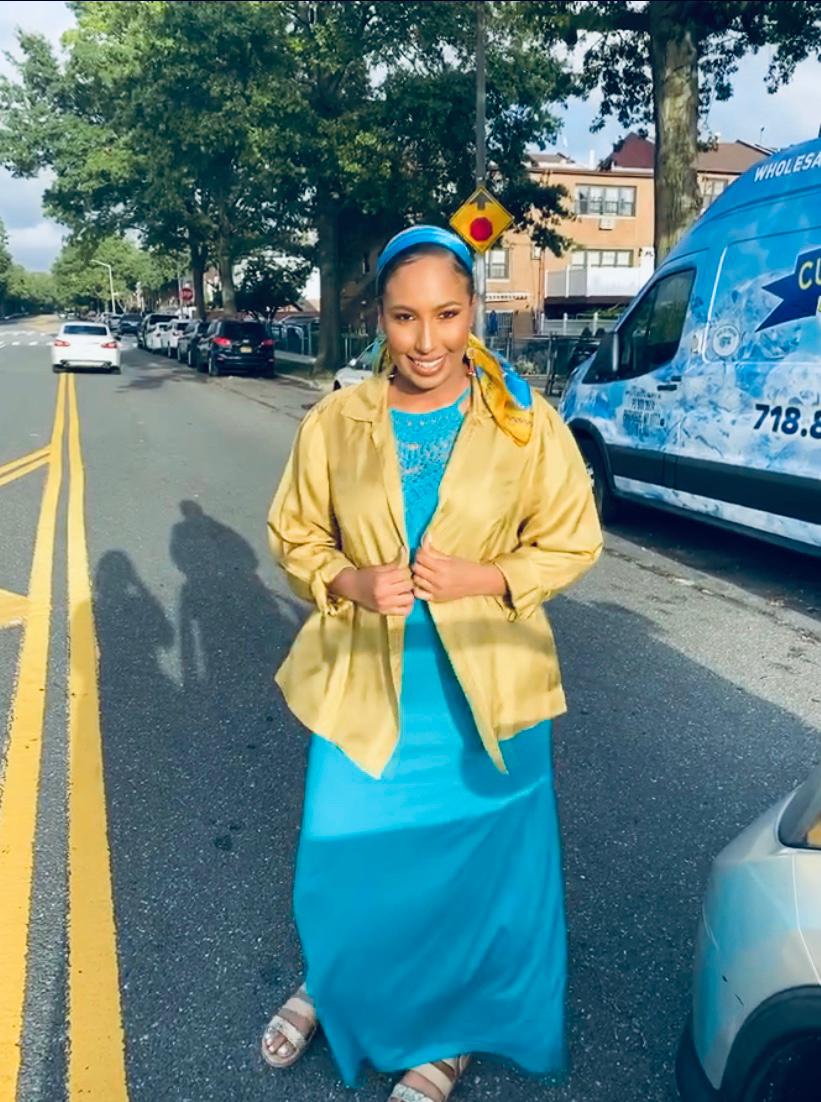 Andy says colourism is inherent in Bollywood. “If you’re a certain colour, you’re not going to get cast. And no-one’s going to say it to you; they’re just not going to cast you.”

And for those who do make it into the industry, the struggle doesn’t end there. “A top boss isn’t going to tell you you’re too dark. But there are going to be insinuations as to ‘Can you be lighter?’… I mean they break you down slowly,” says Andy.

Many celebrities have reportedly undergone skin-lightening treatments, and Andy says this crossed his mind too. “It kind of filters down through make-up artists and people who are styling you, and they kind of start whispering to you that you should not go in the sun.”

Despite these wider societal prejudices, is there hope for Bollywood to move forward and leave anti-Blackness behind? Ravindren doesn’t think so. “Bollywood can’t better itself when it’s an industry based on anti-Blackness, patriarchy, casteism… I think it’s just a matter of actually just dismantling that industry.”

Most others seem to agree. Moksh Gauti, a 21-year-old student and ardent Beyoncé fan who lives in Mumbai, says: “The people who run Bollywood are the same locals who would stop you from going in the sun or drag you for being dark-skinned. To change that is to change the whole system.”

‘Beyoncé Sharma Jaayegi’ is just the tip of the iceberg. Whilst the makers may have changed the title to ‘Duniya Sharma Jaayegi’ following the outcry, creating change isn’t as simple as changing a word. We need to channel our energy into changing attitudes in South Asian communities, and not just in Bollywood.

‘Brown Skin Girl’ is yet another example of how Black communities have uplifted their South Asian counterparts. Ravindren puts it best when she says: “They continuously put out stuff that empowers so many groups outside of their own, whilst being the most marginalised group, especially Black women. The world doesn’t deserve Black women.”

South Asians too often return that favour with silence on issues of anti-Blackness and racism. Although it might be difficult to change Bollywood’s colourist tendencies, we must create change in our communities by confronting these internalised prejudices. We must educate others on how to be better allies.

We must use our voices to uplift Black communities just as they have uplifted us. Because if there’s anything 2020 has taught us, it’s that silence just doesn’t cut it anymore.

Linkedin
RELATED ARTICLES
OTHER ARTICLES
Our new magazine is here, starring the inimitable Mitski. Order your copy now and join us on a trip around the world.
While protests over abortion rights rage in the US, access to abortion services is still almost nonexistent in parts of the UK.
Following the success of her debut novel, the Tottenham native is restating her commitment to the place that made her.
The revered showbiz chronicler recalls his journalistic beginnings, documenting subcultural scraps in the ’80s.
Over the weekend, London locals came together to resist a pre-planned police raid targeting delivery drivers.
In the latest OFFF Dispatch, the enigmatic designer dives into his process, connecting the dots between his unique and varied creative output.