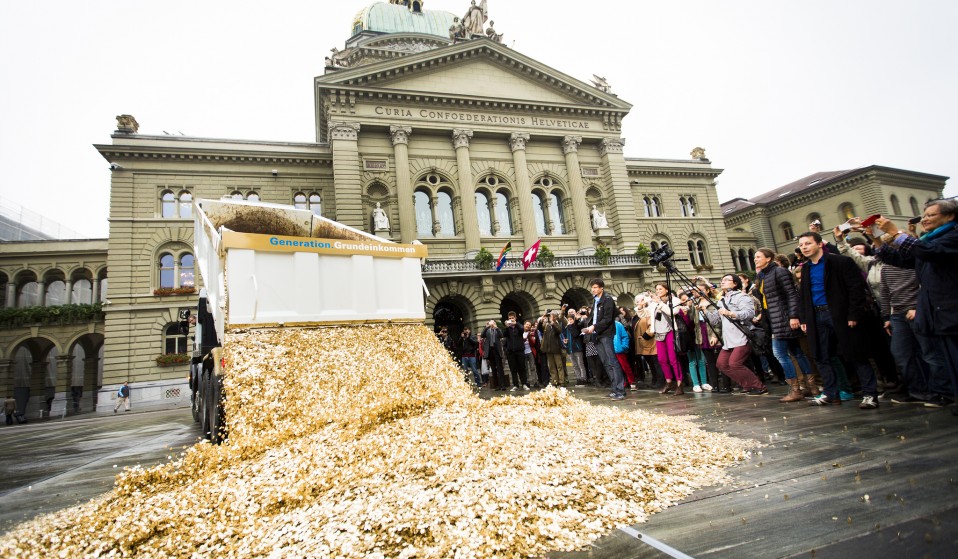 Today is Fat Cat Wednesday, which means the UK's biggest bosses have already made more cash in 2017 than you will all year. Happy 2017!

The chances are you’re already feeling crap today. It’s Wednesday, the middle of the working week, which is never where you really want to be. Add to that the post-Christmas blues, the alarmingly empty bank account, and the fact it’s barely above freezing outside, who could blame us for being a little down.

But if you thought these first few days back at the office were hard for everyone, think again. Yes, it’s that time of year again when we remember just how much more than us our bosses earn. While many of us struggle to simply make ends meet, the UK’s top bosses will have already earned more than the average worker’s annual salary by lunchtime today. Happy New Year!

The latest report from the High Pay Centre, the independent think-tank that analyses pay gaps between low and high earners, estimates that the average FTSE100 CEO now earns roughly £1000 per hour, meaning only 28 hours of work is enough for them to surpass the average yearly UK salary of £28,000. And that’s an average overall: for those aged 22-29 in Britain, the average salary is more like £21,000, meaning this milestone was passed hours ago.

“There is apparently no end yet in sight to the rise and rise of FTSE100 CEO pay packages,” says Stefan Stern, Director of the High Pay Centre. “In spite of the occasional flurry from more active shareholders, boards continue to award ever larger amounts of pay to their most senior executives.”

Despite statements from Prime Minister Teresa May describing the gaps between top bosses and workers as “irrational, unhealthy and growing”, executive pay has grown exponentially in the past few years, jumping to an annual average of £5.48 million in 2015 from £4.96 million in 2014.

But rather than attempt to dampen our spirits as we head back into an even more unequal workplace, the High Pay Centre hopes that the findings can provide a much-needed wake-up call to a government that has put low earners on the back burner.

And on the upside, you’ll probably feel a little less guilty about pulling a sickie tomorrow, right?

Linkedin
RELATED ARTICLES
OTHER ARTICLES
Photographer Sean Maung reflects on documenting a small town in Pennsylvania afflicted by high levels of unemployment, poverty, violence, crime, and addiction.
Activists and campaigners are fighting back against new laws that would seriously undermine the ability to take industrial action, calling it an attack on fundamental workers' rights.
After fleeing the war in Ukraine, people are finding it impossible to secure affordable and decent housing in the UK.
After blocking the Scottish government’s gender recognition reform bill, Westminster is now devising further changes to the law to make it harder for trans people to self-identify.
Zsófia Sivák’s ongoing project documents the country’s tavern culture, preserving a once defining part of rural life.
A new film from Berghaus traces the story of Adam Raja, who left behind a turbulent upbringing to discover the healing power of climbing.