News & Politics / Bosses are denying workers the space to grieve 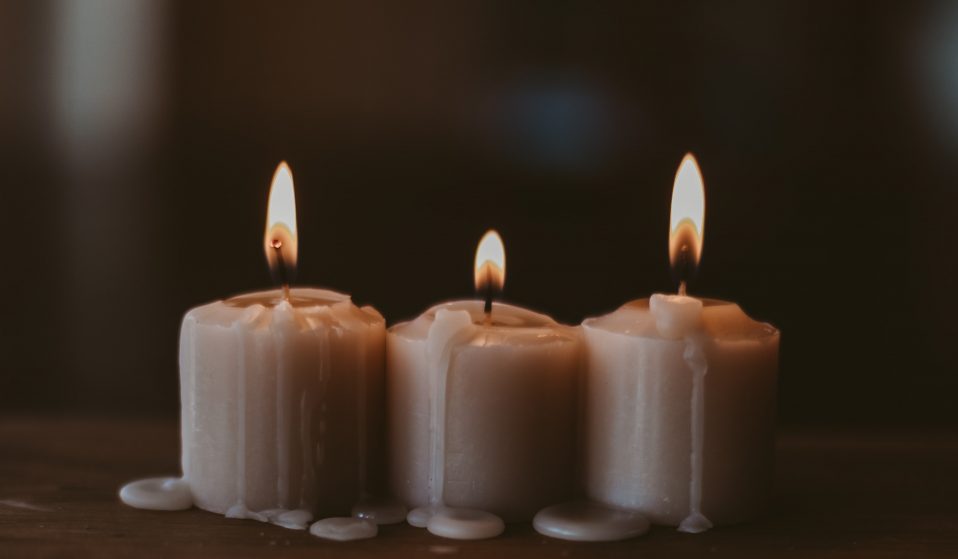 With the pandemic bringing grief to the fore, it’s sparked a renewed focus on the issue of allowing workers time to process death.

There are currently no UK laws obliging employers to grant worker’s leave for a death in the family. But with the pandemic bringing grief to the fore, it’s sparked a renewed focus on the issue of allowing workers time to process death.

When 29-year-old Kate’s* great uncle died in Autumn 2020, she felt unable to ask her London engineering firm for any flexibility on the day of his Zoom funeral.  The company operated a very strict policy on working from home throughout the pandemic, telling workers to come into the office unless the country was in full lockdown. Instead, she said nothing and quietly attended a live-stream of the service from her desk in the office with headphones on.

“I cried a little because one of the speeches was so lovely, but none of my colleagues noticed,” Kate says. “I never even left my desk, so as soon as the funeral was over I took my headphones out and got back to work. My employer can be very unsympathetic, so I would have felt guilty taking time off.”

Almost everyone will experience loss during their working life, but the pandemic, which has claimed over 180,000 lives in the UK to date, has brought this fact sharply into focus. Every death during the pandemic, whether from Covid or other causes, affects an estimated nine people. It is little wonder that we are living through ‘a silent epidemic of grief’. And this hardship doesn’t just affect older people – research from the charity Let’s Talk About Loss revealed that over three-quarters of 18 to 35-year-olds have experienced grief.

Currently the law states that individuals who have lost a child under-18 or experienced a stillbirth are eligible to take two weeks of parental bereavement leave. However, if you lose another family member or a friend, you are not entitled to any time off at all. Government guidelines only say “your employer may allow you ‘compassionate leave’ – this can be paid or unpaid leave for emergency situations.” Without specific rights for workers, employers are free to pick profit over their workers’ wellbeing and the already high expectations of productivity can carry on as normal, despite the life-altering experience of losing a loved one.

And the grief process has been made even harder during the pandemic, with restrictions on personal contact and gatherings. Access to support networks were limited and in-person send-offs were prohibited or restricted – instead, many funerals were hosted on Zoom and Facebook Live. Although necessary to curb the viral spread, the perceived convenience of these digital events means that time to grieve can easily blur into the workday, as Kate experienced.

In 2020, near the beginning of the pandemic, account manager Caroline*, in her early 30s, tragically lost both of her in-laws in less than two days. First her father-in-law took his own life, then her mother-in-law died from Covid-19 just 29 hours later, devastating Caroline and her husband. For a while she used work as a distraction, but when the coroner’s report for her father-in-law arrived a few months later, she began to struggle and asked her employer for some time off.

“It was really intense, and around that time I hit a wall and was not in a good place to work,” Caroline explains. “I sent an email to HR pouring my heart out, explaining that I felt really exhausted, and asking if I could have some bereavement leave for a break. The response I got back was ‘You have five days of holiday’… As soon as I said I wasn’t okay, I was a problem.”

Caroline turned to her GP, who signed her off for a couple of weeks – but on her return to work, she was expected to continue doing long hours for no extra pay, on top of managing her grief. “I could be working from seven in the morning until eight or nine at night,” she says. “I didn’t feel like I had the option to say no because they were putting so much pressure on us to make more money.” Eventually, the impact on her mental health meant that Caroline felt unable to continue working at the company. She handed in her notice, despite this decision putting her under intense financial strain.

The impact of this culture on workers’ emotional wellbeing cannot be overstated, with bosses adding pressure to the already difficult grief process. “It depends on the job that someone has, but most people already work in stressful environments – to add that on top of the stresses of losing somebody can, understandably, be too much for some people to bear,” says John-Paul Davies, a psychotherapist, counsellor, and spokesperson for the UK Council of Psychotherapy. “I think it’s incredibly important that people are given time to process what has happened – it’s an experience like no other where someone’s whole life has significantly changed for the worse.”

By allowing bosses to give out compassionate leave when they see fit, the issue of equality among employees within a workplace also arises – and those ‘lower down’ are often treated differently. As Bianca Neumann, head of bereavement at Sue Ryder, the national bereavement charity, notes: “If managers do not have a bereavement policy to refer to and have complete discretion over leave, workload and flexible working, then there could be inconsistencies in the way colleagues are treated across the organisation when they experience a bereavement. This could leave employees feeling like they aren’t equal, hindering their grief process.”

And, for the two million workers in the UK who are self-employed, taking any time off work to mourn means time spent without an income at all. Annie, a freelance writer in her early 30s, reduced her workload to less than half of her regular capacity for around three months after her dad passed away in September 2020. “I slowed things right down – my head was all over the place and I had to organise the funeral,” Annie explains. “It’s important to give workers the time off that they need, and I don’t think a couple of weeks covers it. In the initial shocking period you just need time to sit with your feelings, and also do the practical things. I couldn’t have rushed back into work.”

Although it gave her more space to grieve, this decision had a negative impact on her finances as her income dropped, creating additional stress. “As a freelancer, your finances are more insecure already,” she says. “I tried to get a mortgage before last Christmas, which as a freelancer is difficult anyway… but because my finances had really dipped it has been a lot harder. Those two factors together have impacted my applications.”

There are opportunities to learn from the pandemic, and in June 2021, the SNP MP for North Ayrshire and Arran, Patricia Gibson, read a private members bill to parliament that would make a provision for leave and pay for employees when a close family member dies. Supported by Sue Ryder, the bill is scheduled to have its second reading in March 2022 – although in the very early stages of legislation, it does represent some much-needed progress.

However, even if the bill is passed in the future, its scope seems to be limited. Two weeks of leave might not be enough time for an individual to process their grief and return to work, and self-employed people, who are frequently forgotten in conversations about workers’ rights, are not accounted for. Who exactly counts as ‘close family’ is not yet clear – would it involve grandparents, aunts and uncles, step-families, or members of a partner’s family? It also doesn’t seem to acknowledge the pain of losing a friend, despite the fact that many individuals are far closer to their friends than their blood relatives.

Death is one of the few certainties in life, and its impact can be debilitating. As John-Paul says, “Grief can be a very long process that fluctuates over time, with ebbs and flows, and it profoundly affects people”. Workers should be able to grieve the people they love – be they family or friends – without also worrying about work and their finances.

Giving workers the space to mourn at their own pace, and according to their own needs, is not a utopian ideal – it’s an act of basic human compassion when people need it the most.

Linkedin
RELATED ARTICLES
OTHER ARTICLES
Last week, Tower Hamlets council removed its nudity-restricting licensing conditions in a huge win for London’s kink community.
Photographer Bud Glick recounts documenting everyday life in the area, and what it taught him about the Chinese immigrant experience.
In the latest instalment of Photographers in Conversation, the creator talks portraiture, platforms and taking inspiration from Little Simz.
A young woman recounts her experience of being harassed by anti-choice campaigners as she was seeking an abortion in Glasgow.
We introduce our series spotlighting the voices of people who’ve been impacted by anti-abortion laws and anti-choice protestors.
A new series of photos by Johny Pitts shines a light on communities and subcultures that have all too often been overlooked.