News & Politics / A brief guide to feeling better about the world 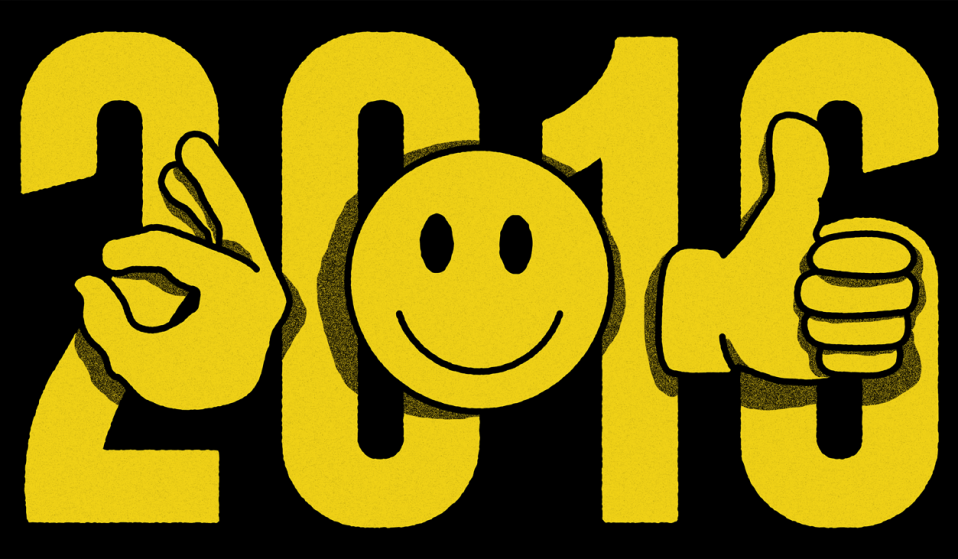 Despite the sense of doom dominating the news, we're actually more safe, more free, wealthier, healthier, less hungry and more literate than ever.

Despite the sense of doom dominating the news, economist Johan Norberg argues that the facts paint a different picture: humans are actually more safe, more free, wealthier, healthier, less hungry and more literate than ever before.

But the data tells a different story, says author and filmmaker Johan Norberg.

In his book Progress: Ten Reasons to Look Forward to the Future, the 43-year-old economist argues that there’s never been a better time to be alive.

Poverty, malnutrition, illiteracy, child labour and infant mortality are falling faster than at any time in human history. The chance of being caught up in a war, living under a dictatorship or dying in a natural disaster is smaller than ever. 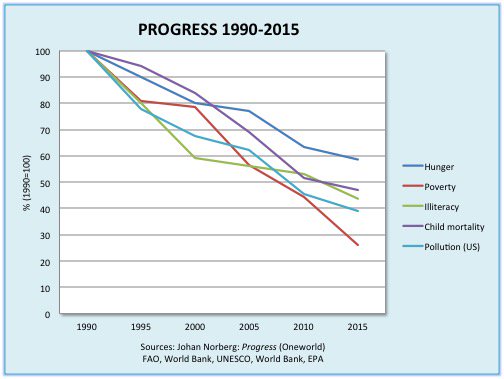 But disaster makes for good stories. Positivity… not so much. Media outlets need audiences and campaigns need funding, but Norberg says they’re not solely to blame.

Evolution has hardwired us to focus on danger as a mean of survival. That means that our brains still kick into ‘fight or flight’ mode even when we’re just chilling on the couch, reading about horrible things.

The more memorable they are, the more probable they start to feel. And although the news is a tiny selection of the worst things that have happened on the planet, round-the-clock coverage makes it all seem increasingly common.

What we need to disrupt that cycle, says Norberg – who’s based in Malmö, Sweden – is a little perspective.

How is the way we share information making us see the world in a negative light?
Human suffering is not new but the fact that we all have phone cameras is new. It accelerates our tendency to notice all the things that go wrong in the world.

When I think about what I share on Twitter and Facebook, it’s dramatic stuff that shocks us: some weirdo in a place I’ve never heard about who’s done something awful.

Then we all get the impression that the world is made up of weirdos doing awful things. Seeing it in real time triggers our fear in a way that a more reflective story about something that happened last week would not.

After the Paris terrorist attacks, I saw a timeline showing the number of people killed from terrorism every year in Western Europe since 1970. There was a steep decline and it helped put things into perspective.

But since then, my perception has swung back: it feels like there’s much more death and destruction, even though there’s not. So it’s almost like my gauge of the world is instinctively misleading me…
Yeah, I can sympathise with that. It’s very difficult to stay focused on history and data if there’s a more emotional impact to the news we’re following. Terrorism and plane crashes certainly have that. It grabs our attention immediately, rousing tension and fear, triggering our ‘fight or flight’ instinct – and that’s stronger than anything else.

So I too have to go back to the data to realise that, ‘Wait… even though we’ve seen an uptake in terrorism in western Europe in the last few years, it’s much less than in the 1970s.’ Homicide rates have been halved since 1990, basically. But that has little effect when presented with a strong story.

We know that we’ve been through war, terrorism and disasters that are worse than what we’re going through today – and we know that we survived those things. In the light of history, those past episodes might not seem as bad now, in a way, even though they were awful to live through. But in the present, we don’t know what’s going to happen. That makes it much more powerful than just data and history.

But what’s made this year particularly troubling is the anxiety that comes from our historical perspective: Donald Trump’s campaign and Brexit feel reminiscent of the rise of fascism. A lot of people had so much faith in our progress that they were convinced that Brexit couldn’t happen – yet it did.

Yeah, I agree. You get that sense that we’re doomed to repeat mistakes we’ve already made. This is one thing that makes even me [laughs] pessimistic about the world: the rise of populism in various forms, a return to nativism, hatred against minority groups and things like that. But this is one of the reasons I wrote the book: I think this sense of hopelessness and fear about the world feeds these forces.

In reality, we’ve seen the opposite. But if people don’t get that, there’s always this risk that – as social psychologists point out – we activate a kind of authoritarian reflex.

That need to control things and protect what you have is not a stable personality trait. It’s more like a predisposition triggered at certain times: moments or events when people feel their lifestyle is threatened or that their country is under attack by a dangerous world.

I think that’s one of the reasons we see the rise of Trump and neo-fascism in Europe: people are worried about the state of the world and they need someone – anyone – strong enough to protect them. 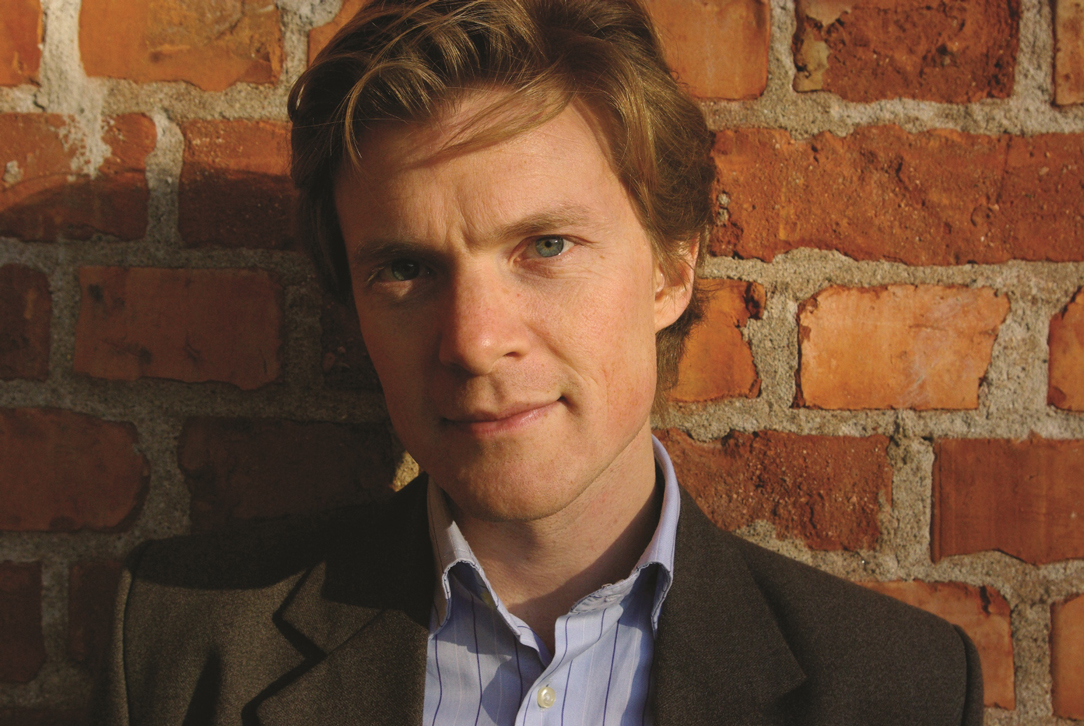 Do you think we would have a better sense of wellbeing if we reduced our media intake?
[laughs] I think all those news flashes are pretty bad for us. I pay attention to them as well because I want to know what’s going on. But, as someone else put it, it feels like a countdown to the apocalypse sometimes because you only hear the awful things.

You never get breaking news about solving a problem or how something was exaggerated. The corrections never make the front page. I think if we could somehow be so self-restrained that we pay less attention to breaking news and pay more attention to background stories, that would probably be good for our wellbeing. But of course it’s a sugar rush. [laughs] We’re immediately attracted to it.

You’ve said that part of our problem is success. As we get richer, our tolerance for global poverty diminishes. So we get angrier about injustices. Going the other way: is there a tipping point where focusing on our progress could breed complacency?
One of the major benefits of being problem-focused is that we try our best to solve them. But I think we’re a long way from a point of complacency in the world right now – so far away that there’s even the opposite risk: that we’ll think everything is hopeless.

A lot of people I meet who work in business and development talk about development fatigue. We focus so much on the world’s problems that people in the West think that everything’s on fire, basically.

So there’s a risk of giving up. If we only see problems, we never see how we solve them with investments, with trade, with aid. And in that case, why bother?

I’m at a point where most of my friends are having children and I think the decision to bring a child into the world requires being optimistic about society. That’s something I’ve struggled with, so your book feels like a much-needed antidote. But what makes you optimistic on a personal level?
I’m glad to hear that. I have two kids myself and therefore I need some optimism about the world as well. [laughs] It’s a little bit problematic because as you become a parent, you start to see all the risks in the world.

You shoulder more responsibility, you pay all the bills and you think about everything that could wrong. I think that’s one reason people get less optimistic as they get older or at least think of the time when they were young as being more harmonious.

But then I notice the kind of life chances that [my kids] have, the education they get, the fact that they’re not afraid of having food on the table in the evening.

The risk that they will be abused or suffer from violent crime is actually lower than ever when I look through all the data.

That’s something that comforts me and makes me think, ‘This might me the luckiest generation ever.’ 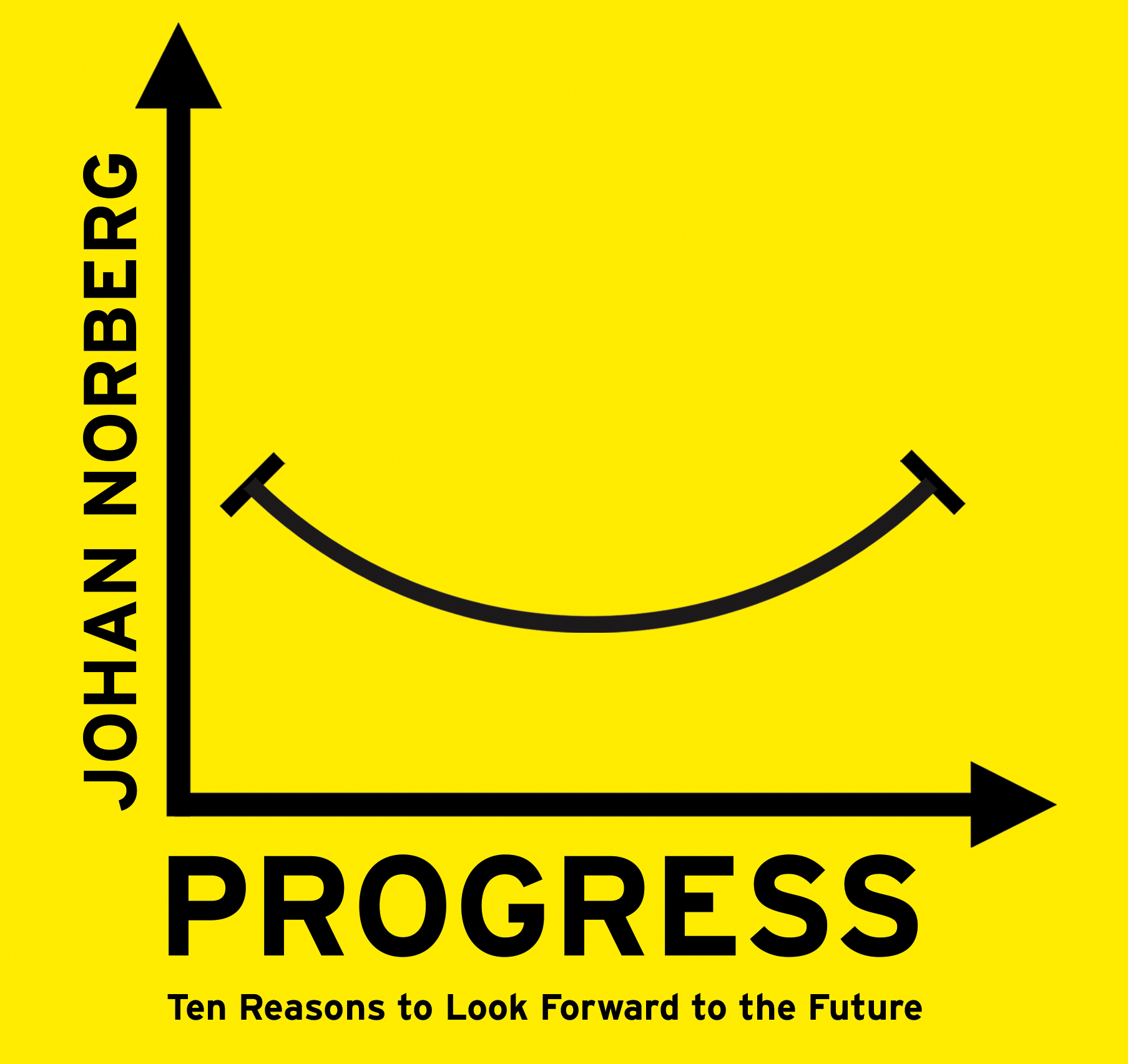 Progress: Ten Reasons to Look Forward to the Future by Johan Norberg is published through Oneworld.

Linkedin
RELATED ARTICLES
OTHER ARTICLES
Activists and campaigners are fighting back against new laws that would seriously undermine the ability to take industrial action, calling it an attack on fundamental workers' rights.
Social prescribing connects people with non-medical support to improve their health and wellbeing – but some experts worry it’s just a stick plaster solution.
As she gears up for the release of her first book, the 24-year-old climate activist talks standing up to authority and building a more inclusive movement.
Following the release of his debut single, Deyaz talks battling addiction, dealing with his struggles through music, and building a budding music career from his living room.
Photographer Sean Maung reflects on documenting a small town in Pennsylvania afflicted by high levels of unemployment, poverty, violence, crime, and addiction.
AI companies that develop image-generators using copyrighted artwork from the internet are coming under fire from artists who say that it amounts to theft.