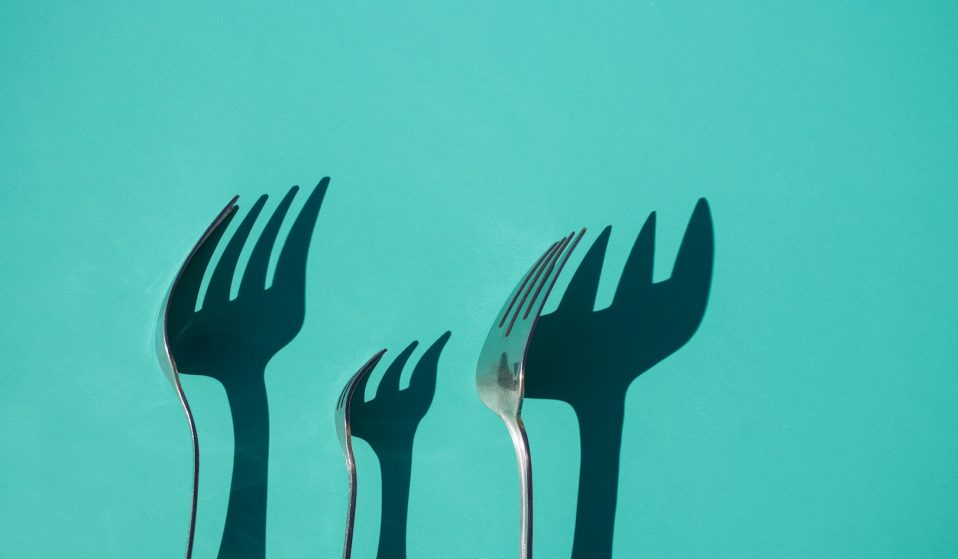 New legislation from the Government mandating that restaurants add calories to menus will have devastating consequences for not just women but men, also.

New legislation from the Government mandating that restaurants add calories to menus will have devastating consequences for not just women but men also, who face an added layer of stigma when it comes to disordered eating.

Content warning: this article contains descriptions of eating disorders that some may find triggering.

I couldn’t tell you how many calories there are in a Fiorentina pizza. Probably quite a lot, but I don’t care about that, and it didn’t stop me fishing one out of the freezer of a corner shop in Finsbury Park at one in the morning last bank holiday Friday. I’ve been broadly attempting to eat more healthily of late, but I’d had five pints and it really was worth it.

This attitude is starkly different to the one I’d have taken if this situation had arisen while I was in the throes of an eating disorder throughout my teens and most of my early twenties. Ten years ago, aged 15, I’d spend most Fridays sitting in Pizza Hut. I’d go each week with my friends after school, and every week I wouldn’t eat anything from Wednesday morning through Friday evening because I knew I was going to be eating ‘bad’ food. Afterwards, I would go to the bathroom and make myself sick because of how guilty I’d felt.

This was just one of a number of ways that I lived within a cycle of bargaining, restriction and excess. Limiting the amount of calories I consumed each week, activating a huge binge when that became untenable, and then ‘purging’ my body of the food I considered to be representative of my own feeble willpower.

Luckily, I’ve managed to seek help and I’m now in recovery from a mental illness that dominated my life for the best part of ten years. But for a lot of people like me, particularly the men that makeup around 25 per cent of those with an eating disorder, being hyper-aware of the number of calories in certain foods is something that consistently allows their own relationship with food to dominate their daily thinking.

This is why new legislation, proposed by the Department of Health and Social Care on May 12 that would mandate restaurants, cafes and bars to display calorie counts on their menus, has the potential to do untold damage to those suffering from disordered eating. The legislation – which mandates that any hospitality business with more than 250 employees display calorie counts on menus – is set to be a ubiquitous feature of dining out by April 2022.

The proposed legislation is ostensibly angled towards tackling obesity, which would be all well and good, if there were much evidence that it could work. A Cochrane review conducted in the US, where this kind of scheme has been introduced in some areas, found that there’s a “small body of low-quality evidence” to suggest that calorie counts on menus have any material bearing on the choices that customers make. Although a more recent study found that calorie labelling in US fast-food restaurants was associated with a four per cent reduction in calories per order, this reduction diminished after a year’s follow up. This clearly suggests that any minor differences that might occur aren’t maintained long term.

What’s certain is that eating food that we haven’t meticulously prepared ourselves is a huge part of the recovery process for many people like me, and being confronted by a calorie number on a menu has the potential to lead people suffering from disordered eating to engage in harmful behaviours. And while the past few years have seen a growing push to focus on men’s mental health, male eating disorders, in particular, remain overlooked. In fact, only 10 per cent of men who suffer from disordered eating are likely to seek treatment, and the waiting times for those of us who do are often prohibitively long.

James Downs is a 31-year-old from Cambridge in recovery from an eating disorder currently working in eating disorder policy and research. He feels the new measures are likely to have an extremely negative effect on his ability to eat out. “If men are more likely to struggle in silence with their eating difficulties, they may be even less likely to talk about the negative impacts of calories on menus in restaurants,” he tells me.

“When I was very unwell with anorexia, calorie-counting was a huge focus of my time and attention,” continues Downs. “Food was to be earned or deserved and eating was to be punished and not enjoyed. This relationship with food dominated my life, and my narrow view excluded the possibility that I could eat for enjoyment, to socialise and connect with others, and to nourish my body.”

This transactional relationship between consuming and burning off calories to try and reach a net-zero is something I’m familiar with. It’s an experience echoed by Jonny Lawrence, a 26-year-old from Oxford in recovery, who tells me: “Whenever I see calories on menus, I can’t order the meal, even if it’s low calorie, because what do calories hide? They hide sugars, macronutrients, fat – all things that as someone who has suffered from an eating disorder I am attuned to scrutinising in such micromanaging and damaging ways.”

For Arthur*, a 28-year-old from London who has done “a lot of work” to stop himself from calorie counting at every given opportunity, the difficulty that navigating social situations presents will mean there’s little point in him eating out. He points out that because calorie totals will be so hard to avoid, it will “lead to the idea that we should all constantly be aware of the mathematics of food,” which is both needlessly clinical, and dangerous for those of us who have sought to avoid these modes of thinking.

So many people who are recovering from eating disorders will tell you that these feelings come in waves. Eating disorders are often about control, and when something throws you off balance it can be so easy to fall back into habits that you thought you were close to eradicating from your life.

For men, this is often even more difficult to talk about, because, as Quinn puts it: “The misconception that it is a ‘female illness’ contributes to the stigma around male illness.” This means that many men in the early stages of disordered eating aren’t aware that they need to seek help. Media depictions of eating disorders that often centre around women with anorexia (in reality, anorexia only makes up around eight per cent of eating disorders that people are treated for in the UK) adds to the idea that this isn’t something that happens to men.

This is not to say that the way to release men from being trapped in cycles of disordered eating is to compare their struggles with those of women who are facing the same issues. Rather, it’s about recognising that an eating disorder is not a single mental illness, and sufferers are not a monolith – rather, it’s a range of disorders that could strike anyone at any time.

There are some signs, however, that things could be changing. When Freddie Flintoff produced a documentary centred around his struggles with Bulimia, Quinn says that Beat received an increased amount of communication from men who felt that they were able to talk about it more openly.

For Lawrence, raising awareness of men’s eating disorders is only part of the solution to a problem that requires a significant shift in attitudes. Part of this can be achieved through “getting the idea into schools earlier that it is normal to have a variation in male bodies, and that male eating disorders exist and some are very common,” he says.

The last year has compounded latent mental health issues for so many people, and we are now facing an increased crisis when it comes to those affected by eating disorders. Since the first lockdown, calls to Beat from people worried about an eating disorder developing, or an already established eating disorder worsening or relapsing have almost tripled.

Quinn notes that “men are less likely to notice the illness in themselves, and friends and family are less likely to notice an eating disorder [in them]”. This isn’t just about those of us in recovery: it’s about preventing people already veering on the edge of slipping further into a disordered eating pattern. Ultimately, if the Government wants to help people make healthier lifestyle choices then it’s clear that they need to listen to people with lived experience of eating disorders to develop policies that aren’t going to result in deep and devastating harm.

If you’re struggling with any of the topics discussed in this article, visit Beat’s official website for more information.

Linkedin
RELATED ARTICLES
OTHER ARTICLES
Whether it's partygate, the climate crisis or the spiralling cost of living, the fightback begins on the picket lines writes Tommy Vickerstaff
In the wake of the decision by the supreme court to overturn Roe v Wade, thousands of protestors filled the streets to express their rage and anguish.
The last few years have seen an increase in LGBTQ-led initiatives to feed the hungry, with many finding ways to stay afloat despite the challenges.
Thomas Hoepker‘s images taken during a road trip across America provide a searing social commentary about a divided country.
For decades, an area of East London has served as a community hub for Vietnamese people looking for a taste of home.
LGBTQ+ students are keeping the spirit of the original Pride alive by fighting for liberation for everyone, not just their community.