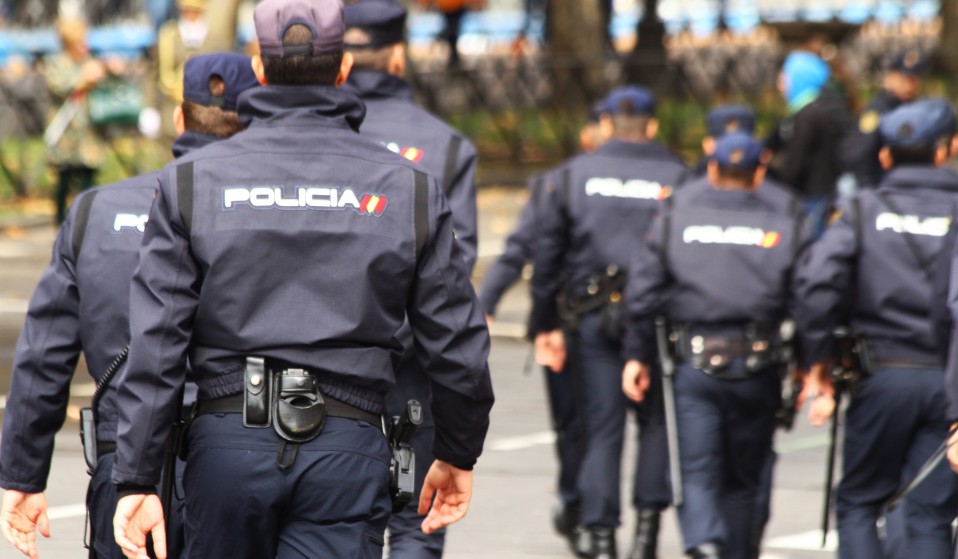 In the past 24 hours, Spain has crossed too many red lines in Catalonia for a so-called democracy. The damage cannot be undone.

In the past 24 hours, Spain has crossed too many red lines for a so-called democracy in Catalonia, explains Marta Bausells in Barcelona. People are now asking themselves, could independence really be any worse than the violence of the Spanish state?

When I arrived at my polling station in Barcelona before 5am on Sunday morning, there were about a hundred people already there. They were among the thousands who had peacefully occupied schools across Catalonia, organising activities over Friday night and Saturday to ensure they remained open and could host the region’s independence referendum this weekend – a vote which the Spanish government and its judiciary had outlawed, and Catalan authorities and civil society had vowed would definitely go ahead.

Everyone was calm, half-asleep and half in party mode. People kept arriving non-stop, all morning, but a server breakdown meant voting started late, and was slow for the first two hours. During the many hours I stood in the rain (yes, it rains here) everyone’s Whatsapp chats and Twitter feeds whirred, and reports started surfacing of Spanish police driving around; then the militarised Civil Guard force breaking the windows of the school the Catalan president was meant to vote at; then attacking citizens.

My polling station – like three quarters of them – did get to operate normally in the end, and we voted in festive peace. But in some stations the worst possible scenario unravelled – and you’ve seen the rest in international news. Many fundamental rights have been broken in Catalonia by Spanish authorities in the last few weeks. Politicians and civilians have been arrested; offices were searched; websites were closed; 10 million ballot papers were confiscated from printing presses.

But the world really watched on in shock when Spanish policemen – deployed especially for the occasion – charged against the Catalan population as the latter went about the peaceful and democratic act of voting. Some of the videos are so gratuitously violent they’re tear-inducing. Reports have included a woman who said that Spanish police dragged her down a flight of stairs, broke her fingers one by one and groped her breasts, laughing.

I’m glad my grandparents aren’t alive to see this. After fighting against fascism as young adults in a bloody civil war – with the rest of world sitting on to watch as a fascist dictator grabbed power from a democratic republic – they had to endure more than 35 years of Franco’s regime. They would be sickened to see that, decades after the country completed its supposedly exemplar transition to democracy, it is now veering back to authoritarianism like it’s the most obvious, natural thing to do.

Oh yes, of course I’m going back to those murky years, because everything in Spanish politics has grime under the surface.

Spain is, one could say, prone to absurd situations – like, the place chosen to house the more than 6,000 policemen Madrid sent from the rest of the country (despite Catalonia having its own police force), was a Looney Tunes cruise ship parked in Barcelona’s harbour – yes, really. This was received with concern but also taken in our stride (you kinda have to, really), because Spain does like to make macho moves, but only in a horrible nightmare would they actually deploy those forces against a bunch of people peacefully exercising their right to free expression.

Days later, cars were sent from all over Spain, with people waving goodbye as if sending them off to war and chanting “go get them, oé”. That, they did.

By now, absurdity has reached new levels, a situation where a central government talk about protecting “democracy” from a “threat”, where that “protection” consists of their own police indiscriminately using violence against civilians who were, literally, waiting to vote, which is the “threat” – yes, really.

It is important to remember that this might look like it’s about independence, but it is – right now – fundamentally about the right to vote and self-determination. You can rightly go back to Franco, and to centuries prior, to explain the conflict between Spain and Catalonia; but the mess we’re in now had a very clear start in 2010, when a significant attempt to get more autonomy – a Statute of Autonomy which was approved by the Catalan and Spanish parliaments and by the Catalan people in a (totally legal) referendum – was slashed by the country’s Constitutional Court.

Spanish police about to arrest the most dangerous public enemy: a ballot box! pic.twitter.com/SxWvTzOmBB

Many micro-agressions around things like the use of the Catalan language and the school system have followed persistently – hitting people where it feels most personal – before a lot of Catalans reached the conclusion that a painful divorce is the only solution.

There is an economic motivation for independence, sure, but I believe support has surged, largely as a result of the lack of any willingness on the part of Madrid to respect – and cherish – Spain’s multinational and multilingual richness. Indeed, this movement has been uniquely horizontal. Both the voting and the demonstrations are remarkably filled with people across all ages, languages, ideologies and party lines.

It is a mistake to think that any of this is about president Puidgemont (or Artur Mas before him) blindly leading the people. This started with civil society, and politicians jumped on the bandwagon (for their gain, sure), but it was never their battle, as is obvious in the thousands of images of Catalans demonstrating peacefully, again and again, over the last seven years.

The total refusal to allow any voting to happen is, ironically, creating more support for independence by the minute – as do actions like yesterday’s. A quick look at the polling suggests an overwhelming majority of voters yesterday opted – despite or in light of the police violence – for independence. People on both sides are equally appalled by the state’s crackdown, and an increasing number of Catalans who never used to support independence seem to be joining the “enough is enough” philosophy.

The line seems to be: it couldn’t be any worse than this, so why not try it for ourselves.

I am still undecided as to whether Spain’s government is really as clueless as it looks to have scored one of the most monumental own goals in recent history; or whether they are so cynical they’re keen to create this tension for their own benefit. I’m inclined to believe the latter. If Madrid was convinced, as it says, that “separatists” are a tiny but loud minority, why go through all the trouble to halt the vote? Why send the rest of the country’s police to “stop” what, in terms of a security threat, amounts to slumber parties and neighbourhood paella gatherings?

But they don’t see it as an own goal at all – in fact they’ve already responded proudly and stubbornly. Using the media and the judiciary to pit Spaniards and Catalans against each other, and bashing the latter in particular, is extremely beneficial for Rajoy’s Popular Party – just check their latest election results (remarkably obtained, as well, after numerous cases of proven corruption).

They have had plenty of opportunities to stop this – hell, letting people vote years ago would have almost certainly resulted in a “no” vote, and that’d have been that for decades. My theory is that basic respect for and cherishing of our language and culture, as well as a better fiscal deal, would have kept Catalans more than content.

But now, it does feel like the point of no return is behind us. Thousands of Catalans have cast their votes, peacefully. The problem is… even if a majority do want to leave (which we weren’t, at present, allowed to ask in decent conditions) how do you get out of this Spanish state?

Linkedin
RELATED ARTICLES
OTHER ARTICLES
Yohon Tatum, aka Legendary Father of the House of Tisci, reflects on nurturing a new generation of talent.
A new law change is enabling Britain’s donor-conceived children to know the truth about their origins – but campaigners say the fertility industry must do more to protect people.
After a two-year hiatus and a new album, the Nigerian artist is riding high. Now, he wants to bring his alternative, genre-bending sound to the world.
A new podcast is opening up the conversation between trans women and trans amorous men in the hope of building coalitions.
After building his reputation covering the US civil rights movement in the 1960s, the photographer went on to produce some of the most enduring images of the past century.
Photographer Sean Maung reflects on documenting a small town in Pennsylvania afflicted by high levels of unemployment, poverty, violence, crime, and addiction.