News & Politics / Full circle in Chicago: Reflections on Obama’s legacy, as he takes a final bow 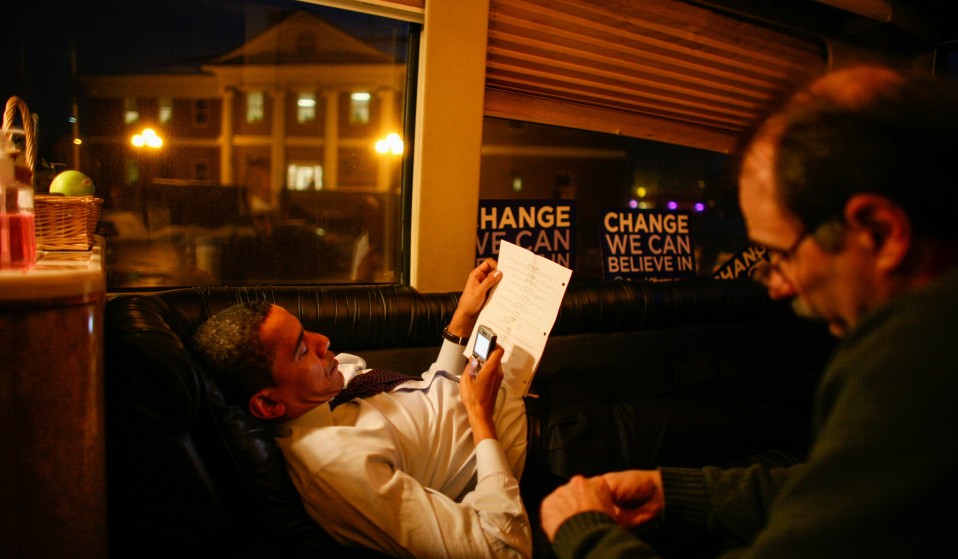 Obama might have delivered his symbolic farewell speech in Chicago, a city steeped in Civil Rights history, but photographer Ozier Muhammad mourns his failure to deliver for the communities of colour and the poor.

In his youth and throughout his adult life, photographer Ozier Muhammad visited Chicago’s Grand Park multiple times for festivals and concerts. So it was a homecoming for him when, after following Senator Barack Obama on the campaign trail for 18 months, he returned in November 2008 to Grand Park for Obama’s presidential victory speech, in front of a crowd of 240,000 people.

“I had never seen as many people in that park in all my life,” Ozier remembers, having photographed the event. “Looking at the crowd, just seeing all those people and feeling the euphoria was quite astonishing. I remember reflecting on how this was such a huge moment in the history of the whole word, not just the US.” 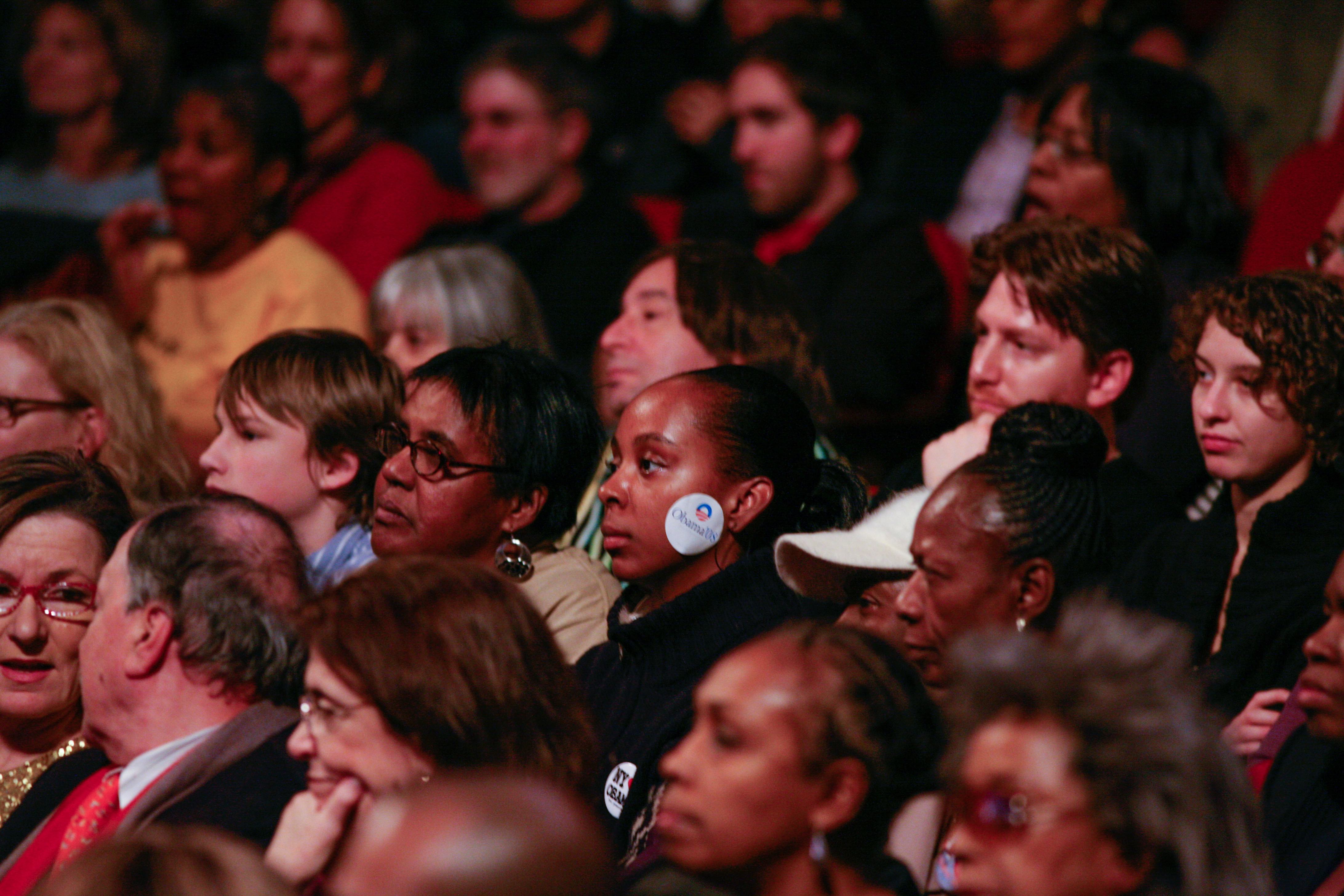 As his second and final Presidential term comes to an end, Obama chose to make a symbolic return to Chicago for his final words. His farewell speech on the evening of January 11 was emotional – a call to action for ordinary people to continue the fight for democracy, in the city where Obama began his political career as a community organiser in the Hyde Park neighbourhood.

While the first African-American President focused on his achievements in office, much of the optimism that greeted his election has melted away. Even among those who supported his aims, like Ozier, there’s frustration and cynicism about the missed opportunities and broken promises under Obama in the fight for social justice. The dark cloud which hangs over proceedings is due to the fact that Obama will be handing the Oval Office over to Donald Trump, who ran a campaign fuelled by lies, racism and a promise to wipe out his legacy – starting with Obamacare, the Affordable Care Act enacted in 2010 that has transformed healthcare provision for the most at-risk. 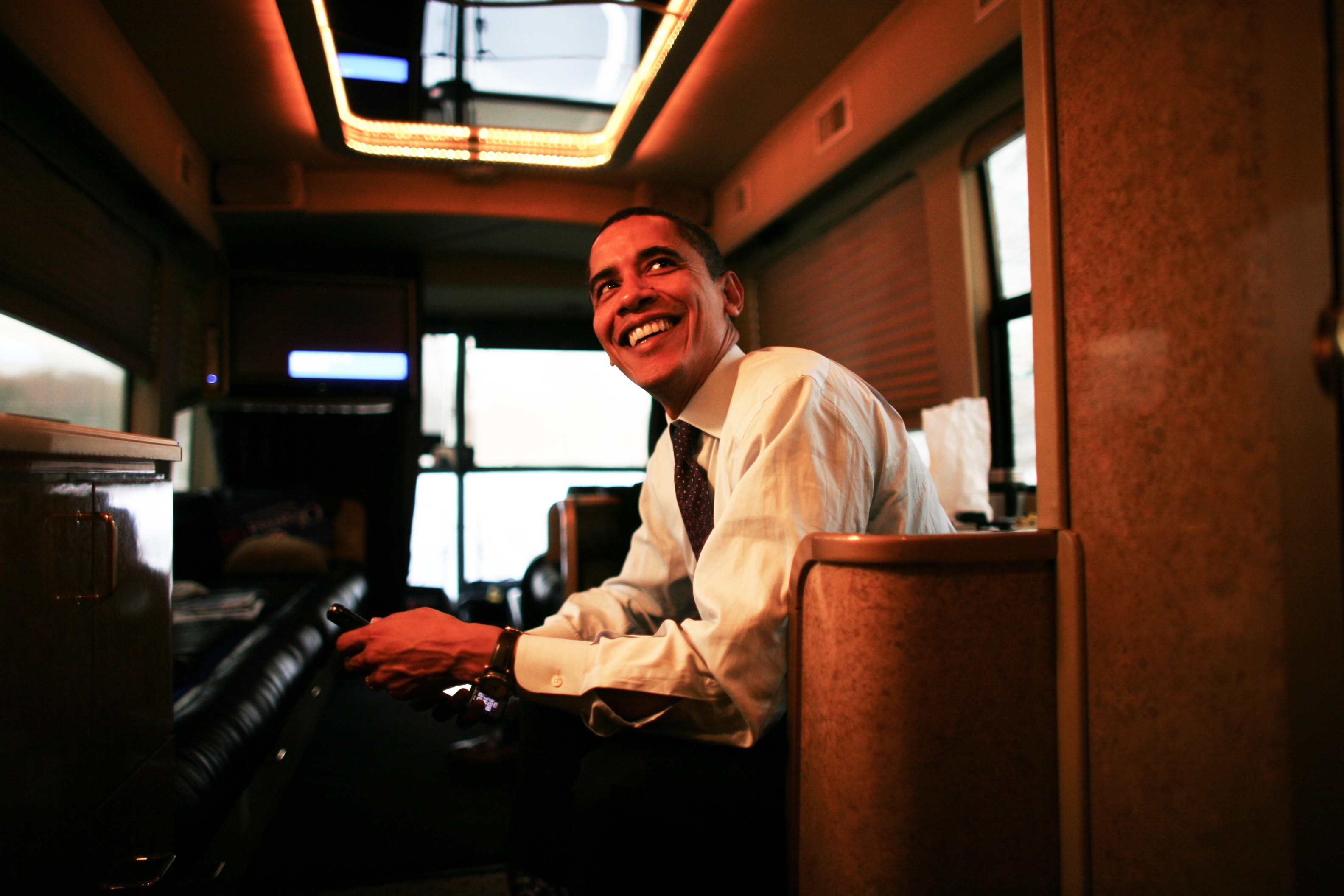 01-07-08 – Rochester, NH- Senator Barack Obama on his way to a rally in Rochestor. Photo by Ozier Muhammad/The New York Times

For Ozier, now is a time to reflect on Obama’s presidency. “In my naivety I thought he might be able to move the country forward on the racial front,” he explains, and Chicago is a great location to examine the progress made (or lack thereof) for African American communities.

Ozier grew up in Chicago as it became a pivotal location in the Civil Rights’ movement’s expansion beyond the South during the 1960s. After college, Ozier got his start as a photojournalist at Ebony and Jet magazines, before establishing himself as one of the most respected photographers of the Civil Rights movement. As an African-American staff photographer at the New York Times, a role he held for two decades, he has continued to document the situation for communities of colour in the United States from the inside. 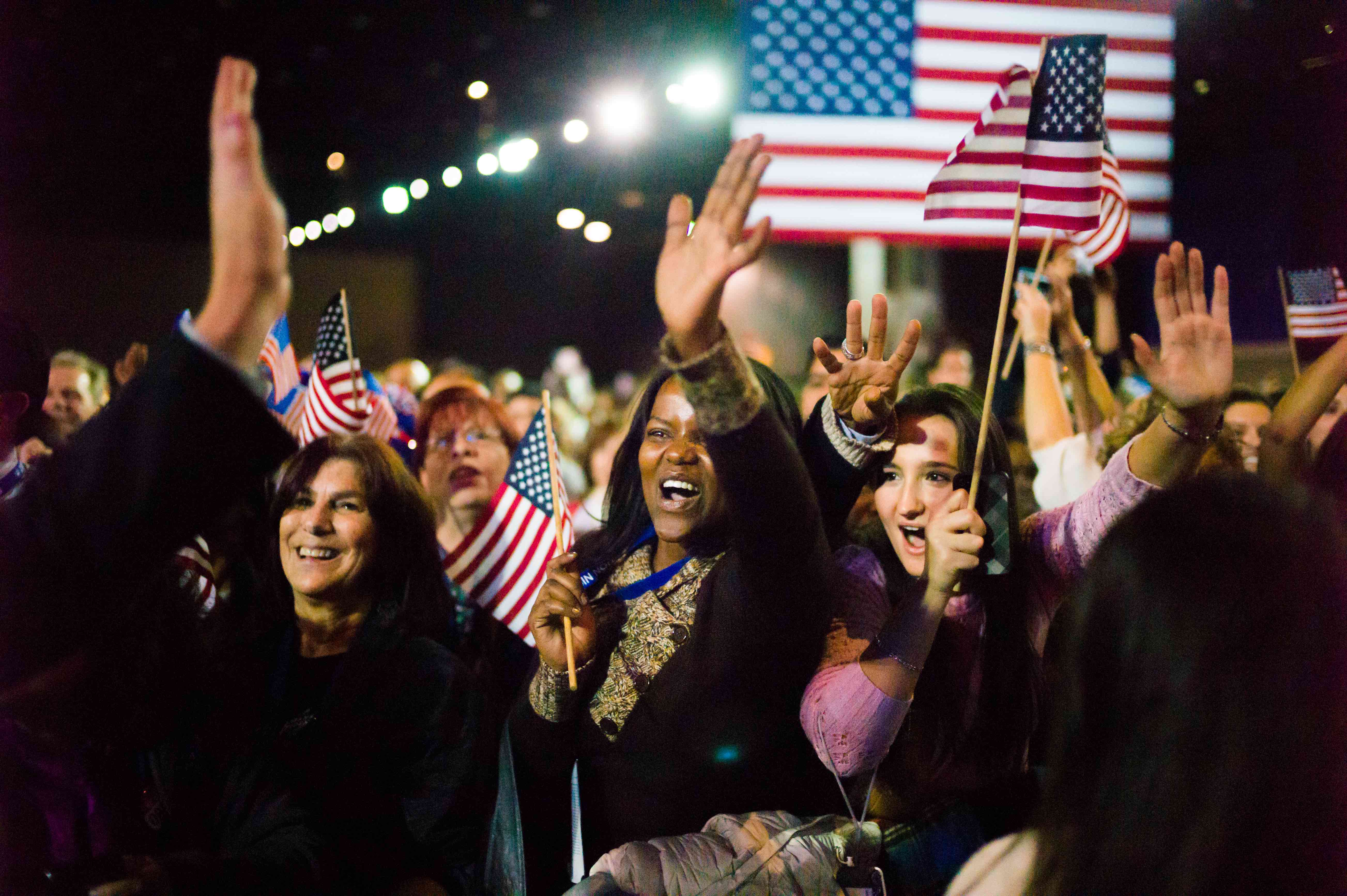 “I hoped the change under Obama would be reflected in Chicago,” Ozier explains. “I thought he might be able to combat the violence and support the African-American communities dominated by gangs. I think he’s a colossal failure in that regard.”

Many are quick to praise Obama for helping America recover from the worst economic slump since the Great Depression, but Ozier is critical that little of that economic progress has been felt by communities of colour in Chicago. The Windy City remains one of the most racially segregated cities in the US and epidemic levels of rising violence blight the African-American communities of the West and Southsides.

Graphic video of fatal shootings of young black men has led to the firing of several police leaders, including Chicago Police Superintendent Garry McCarthy in December 2016, but little has been done on a structural level to address the issue of police brutality and racism. 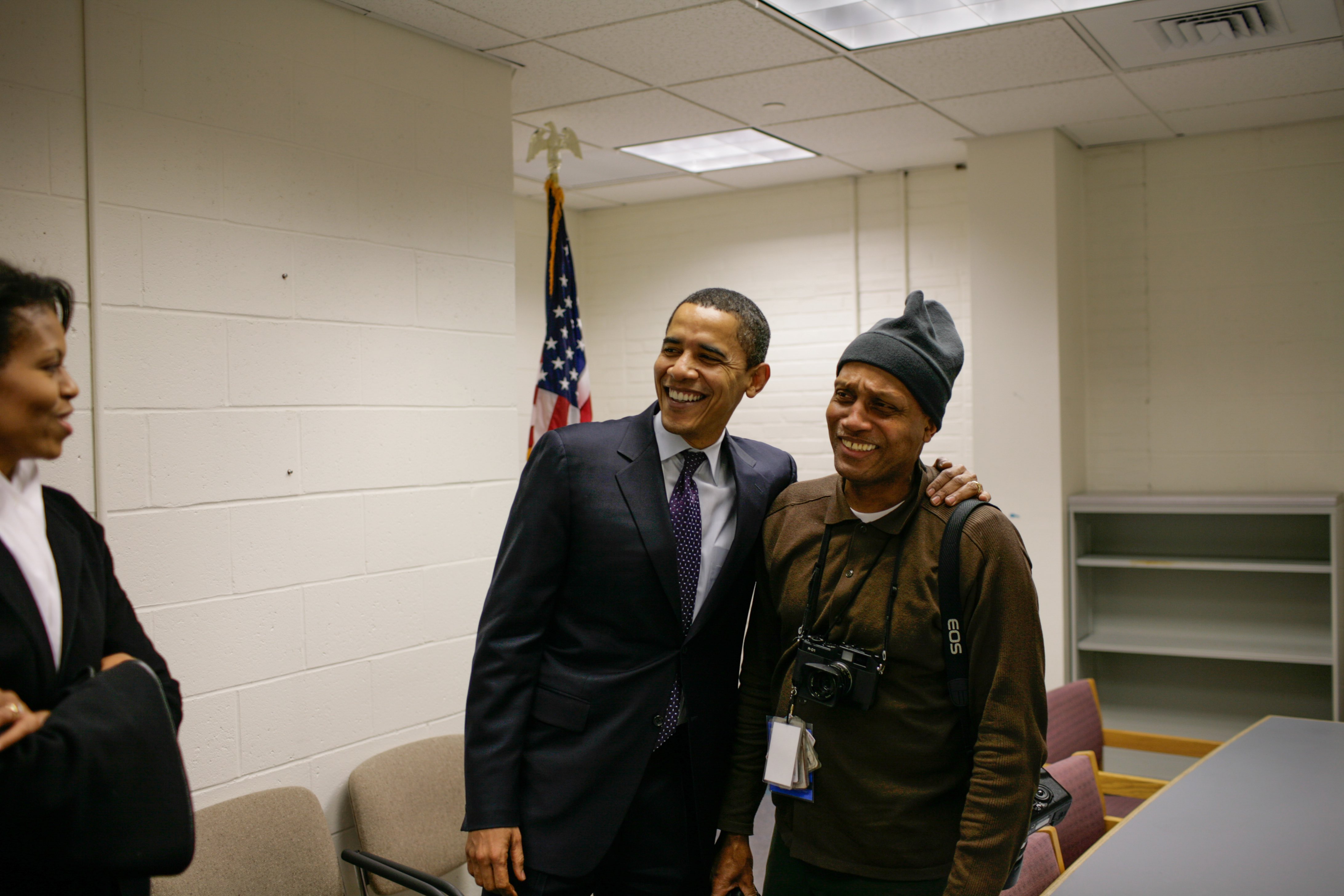 U.S. Senator and Presidential Candidate Barack Obama and his wife, Michelle back stage before a rally in the Concord High School gym in Concord, NH with Ozier. Photo by Callie Shell/Aurora for Time.

“The President said I’m the president of all people,” Ozier reflects. “But such a policy statement, he has ignored the need for certain remedies and efforts that are required in different degrees in different communities: the plight of underfunded public schools in communities of colour, poor resources, high unemployment and under investment. I’m disappointed that he’s turned away as other politicians have stigmatised those communities, blaming social pathologies in those communities rather than fact that they’re not equal and not afforded the same opportunities as others.”

Ozier points to welcome achievements under Obama, such as criminal justice reform in partnership with Eric Holder, such as reducing the racial disparities with regard to cocaine, and expanding healthcare coverage through the Affordable Care Act.

So, at the end of Obama’s presidency, is Chicago – and America a better place? “Unfortunately no,” Ozier reflects. “President Obama has started a fire… or shaken the foundations. But his presidency seems to have ignited a backlash against all progressive initiative on the left since Jimmy Carter’s presidency. It seems to have unleashed an awful reaction and given licence to people with the worst instincts and in some of our fellow citizens in this country. It’s truly bizarre in my estimation, if not dangerous.”

Linkedin
RELATED ARTICLES
OTHER ARTICLES
In the last of our dispatches from OFFF Barcelona, Rufus Deuchler and Vincent Gault discuss the future of creative process.
Members of the collective share some of their reasons to run as part of #UnitedBySummits, a campaign that looks to uncover transformative power of the outdoors.
From the Yakuza to a biker gang, Bruce Gilden recounts capturing Tokyo and Osaka in the ‘90s.
The government is scrapping the Human Rights Act in a move that will hit marginalised people hardest.
New legislation is set to make it more difficult to hold Israel accountable for its human rights abuses.
Photographer Robin Graubard’s debut book offers an unflinching record of turbulence and change across the Balkans.