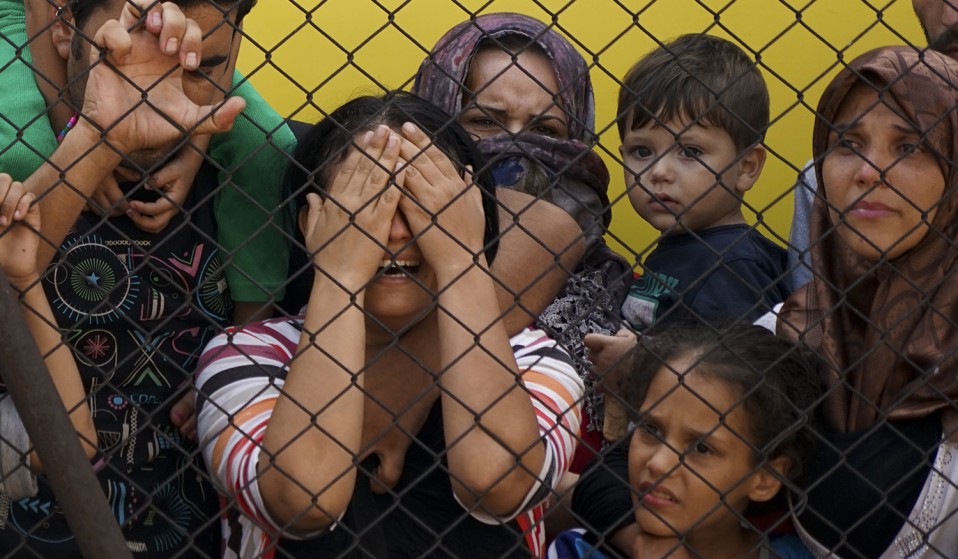 An anti-refugee backlash seems to sweeping the globe, reflected in media coverage and government policy. What has happened to our collective empathy?

An anti-refugee backlash seems to sweeping the globe, reflected in media coverage and government policy. Adam White asks what has happened to our collective sympathy and concern for the human rights of refugees?

We need new photographs of dead Syrian children. With politicians and sectors of the general public exhibiting a significant reduction in sympathy of late for the plight of incoming refugees, it might be necessary. The last time we all saw a dead Syrian child, in the form of Alan Kurdi’s lifeless body washed up on a Turkish beach, it spearheaded major questions about the UK’s relative lack of support for Syrian refugees. Charity drives were launched, Facebook campaigns were all the rage, and celebrities announced their intentions to open up their homes to those most in need. Then it all seemed to stop.

We need new photographs of dead Syrian children. But here’s a surprise. As it turns out, though you’d be forgiven for not being aware, we already have them. When a boat of refugees sunk off the Turkish coast on January 28, killing all 37 Syrians on board, photographers were able to snap nearly identical images to the ones that shocked the world into (short-lived) action last summer. Like the images of Alan, these were similarly tragic photographs of another young Syrian child, cradled in the arms of a member of the Turkish armed guard.

But unlike Alan, this dead child hasn’t been splashed across the mainstream press. Instead there has been a significant shift in refugee coverage. No longer are refugees being depicted as humans in desperate need of help, nor even as relentless blights on Europe… they’re not being reported on at all. 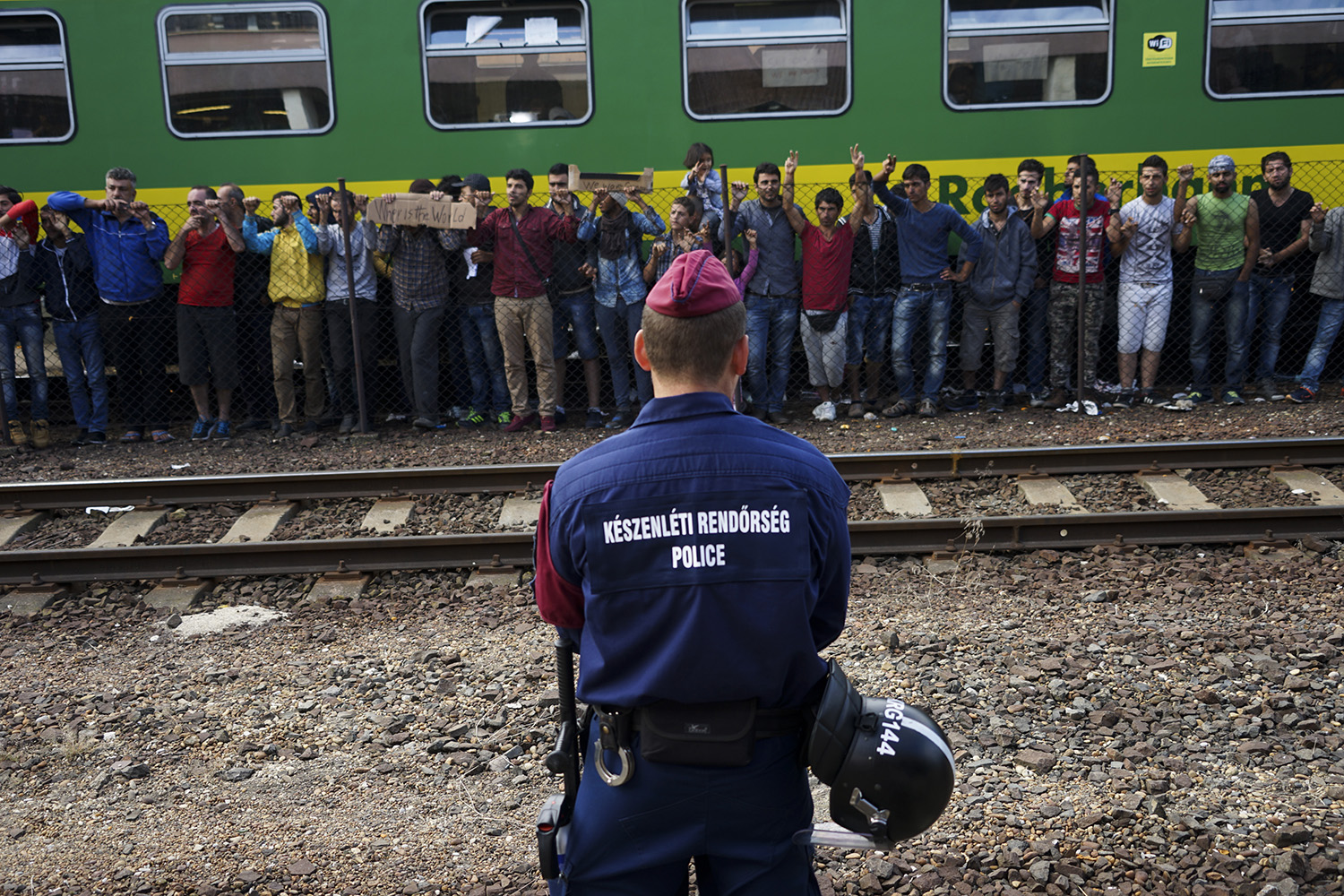 What is being covered in the British media of late are acts of degrading human indecency: identifying wristbands for refugees in Cardiff, coloured doors in Middlesbrough, neo-Nazi rallies in Dover. Following a week of high-profile stories, it’s easy to stop and ponder: has the absence of an emotional narrative contributed to the strange rise in anti-refugee sentiment in recent weeks? Or did we all just get a bit bored by it all?

Anthropologists often speak of ‘compassion fatigue,’ the idea that many individuals only have a limited amount of time in which they can express sympathy for the plights of others. The 24-hour news cycle enforces a constant stream of fresh stories and new content, and when a finite resolution fails to be reached within a specific time-frame, the story gets phased out. The death of Alan Kurdi was a stark, unnecessary tragedy that few could ignore or rationalise. But it couldn’t solely sustain the human narrative of the refugee crisis. Certainly with politicians still evading questions of how exactly it can be resolved.

Now the narrative has shifted. When Prime Minister David Cameron called Syrian refugees a “swarm”, it helped create a new chapter of the saga. The refugees were once again a collective, devoid of personal relationships, backstories or feelings.

For employment-stricken, under-resourced UK towns like Middlesbrough and the rest of the North East of England, of which the far majority of Syria’s refugees to the country have been housed, you can partly understand the continued anger. All provoked via Daily Mail-spun tales of immigrants being handed financial aid, housing and jobs. But you would think a responsible government would try and quell the hyperbolic untruths long set in motion by misleading tabloid reports. Or at least share the responsibility of housing refugees to the entire country, and not just the most underprivileged of its inhabitants. If anything, however, governments worldwide are exploiting deceptive or manipulative rhetoric to drive through incendiary new laws and create further fear-mongering. 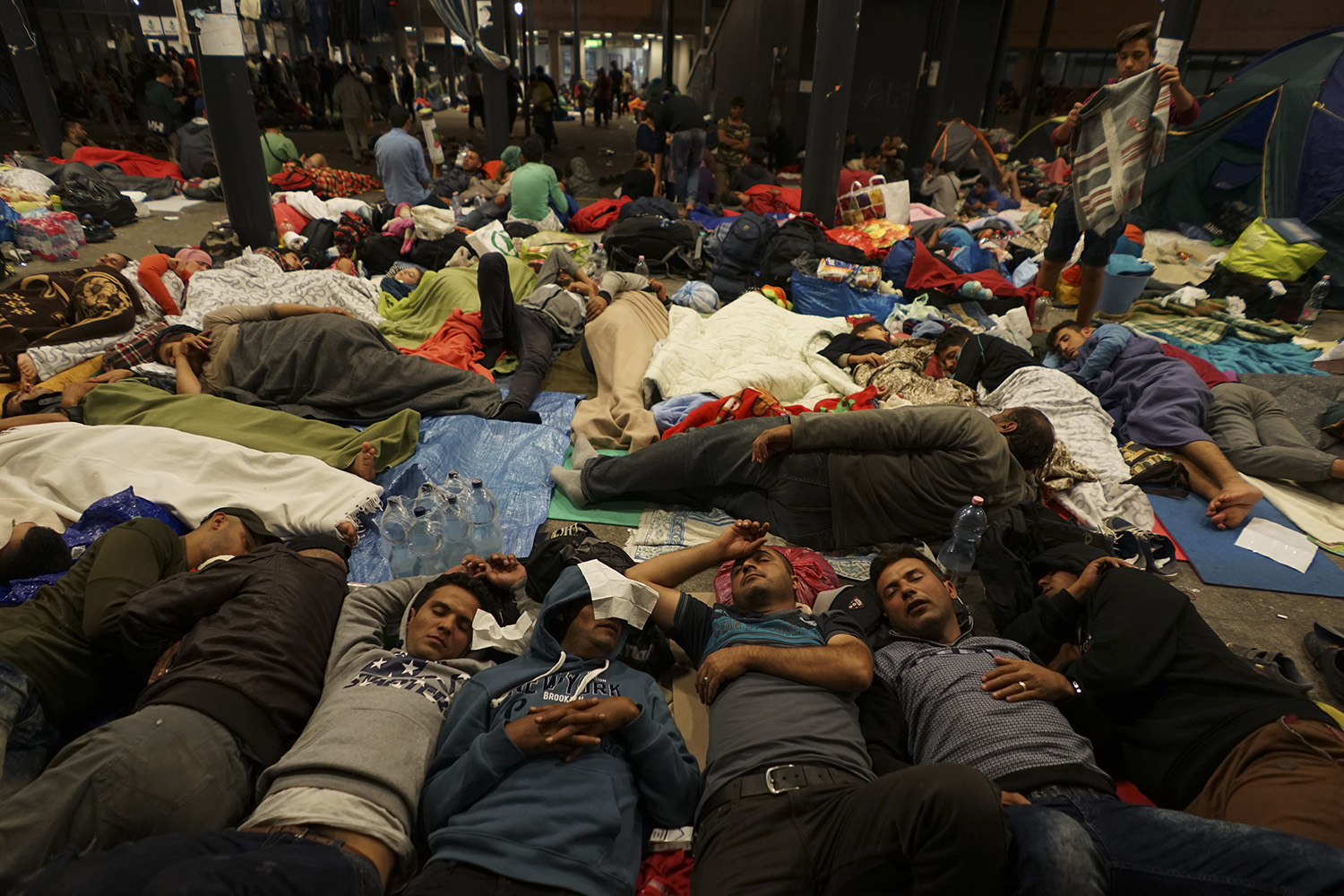 In recent weeks, David Cameron has repeatedly declined to accept the 3,000 orphaned child refugees to have so far arrived in Europe, and was last week criticised for the second time in six months for using glib, inflammatory language to describe those seeking refuge. On February 1, more than 120 leading economists signed an open letter calling his response to the crisis “morally unacceptable.”

January 26 saw Denmark vote in favour of a controversial new law that gives authorities the right to seize money and valuables from incoming refugees. While valuables of “special sentimental value” (such as wedding rings or family portraits) are exempt, items worth more than 10,000 kroner (about £1,197) are due to be seized by the state. Danish lawmakers insist the legislation is necessary in order to pay for the country’s sizeable welfare bill – increased by the 21,000 refugees seeking asylum in Denmark in 2015. Amnesty International has called the law “plain wrong,” expressing that it merely “prolongs the suffering of vulnerable people.”

Across the pond in the United States, South Carolina’s state senate passed a bill on January 28 to enforce mandatory long-term registration for Syrian refugees, in what has been likened to a sex offenders register for migrants. All personal and professional details of those affected will also be available on the internet for the public to see. Announced as a means to tackle potential terrorism, state representative Mick Mulvaney told the press, “If you let in the wrong Irishman, and I’m fourth generation, the downside is really not that serious – but let in the wrong Syrian refugee, and people can die as a result.”

What makes the South Carolina bill particularly tone deaf is that the last time the state fell victim to a terrorist attack was last June’s Emanuel African Methodist Church massacre in Charleston – the work of 21 year-old neo-Nazi Dylann Roof. 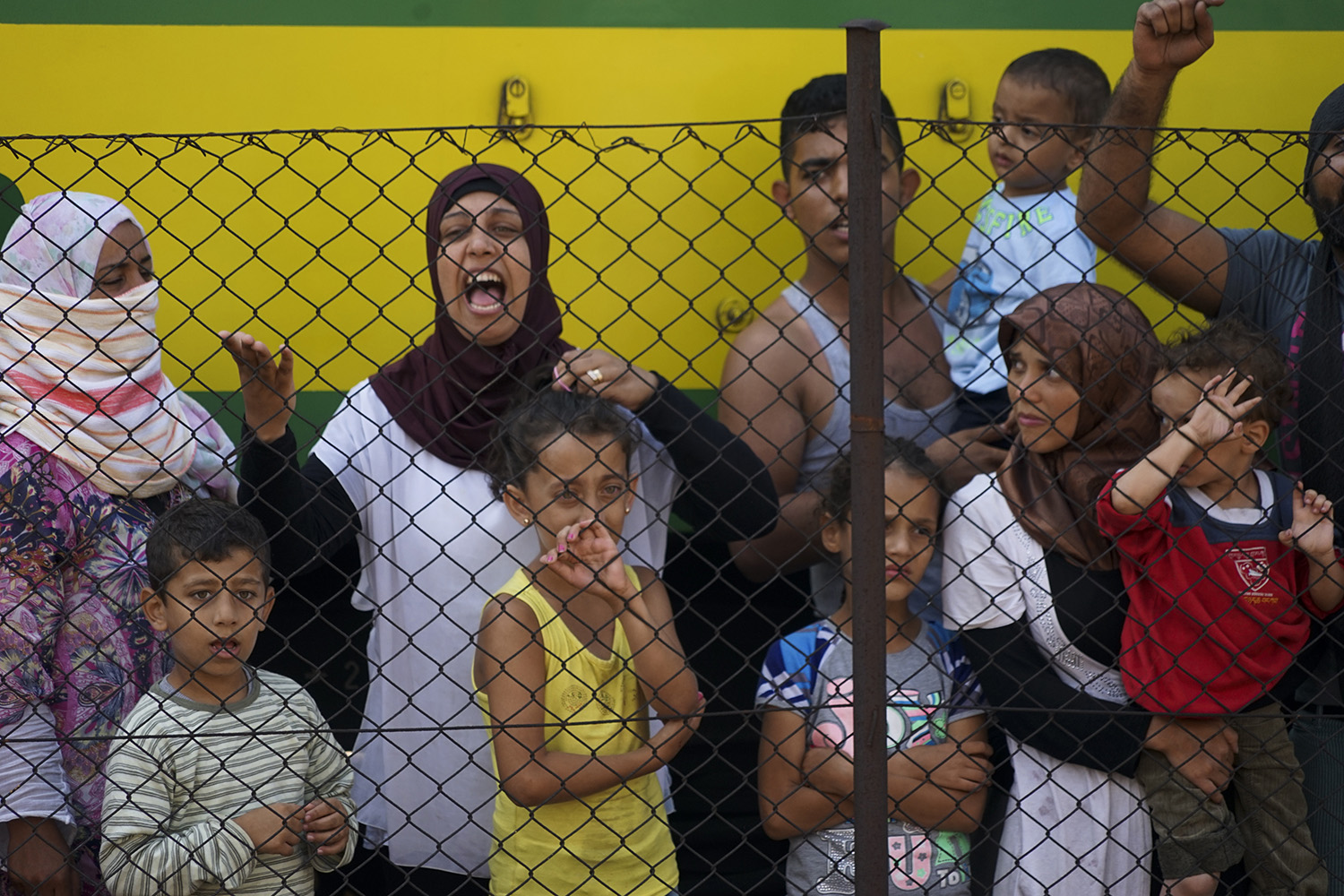 There are many nuances to the refugee crisis that often go unaddressed. In the UK, the placing of refugees in already densely-populated, under-resourced areas in the often ignored North East is completely unhelpful. Both for those already suffering through austerity cuts, as well as for any hope of long-term community cohesion. But it’s also a travesty when a country like Denmark seizes goods from refugees to allegedly make ends meet, yet has enough wealth to join the parade of countries bombing Syria itself.

When we allow the refugee crisis to drop off the front pages, we remove the humanity of those fleeing unimaginable horror, their homelands utterly decimated. As a result, it gets easier for governments to withdraw or slowly dismantle the most basic of human rights for those affected.

It’s not too late to change the narrative. But when dead children washed up on Turkish beaches are rendered passé, it means the clock is ticking.

Update (2/2) Funnily enough, internationally renowned artists have also noticed the sympathy turnaround. In an image shot by photographer Rohit Chawla for India Today, Ai Weiwei has recreated the famous image of Alan Kurdi, posing as the child on the same Lesbos beach in which Alan was found. Despite receiving a mixed response, the image has created immediate shockwaves on social media, once again reigniting awareness of a story that has continued long after focus drifted.

Linkedin
RELATED ARTICLES
OTHER ARTICLES
After being subject to racism growing up, Kavi Pujara’s photo series allowed him to reconnect with and reimagine his hometown.
The hate Just Stop Oil faced after throwing soup over a Van Gough painting has been immense. Here, they explain why it won’t deter them.
The campaigning charity are on a mission to increase inclusion, participation and representation of Black people in trail running.
With the singer’s tour in full swing, we sat down the musical production company who made the electrifying show possible.
A campaign led by ex-torture survivors and refugee organisations has left the Tories with no planes left to carry out their callous scheme.
We catch up with the singer in her London studio to connect the dots between music, painting and her relationship with the city.