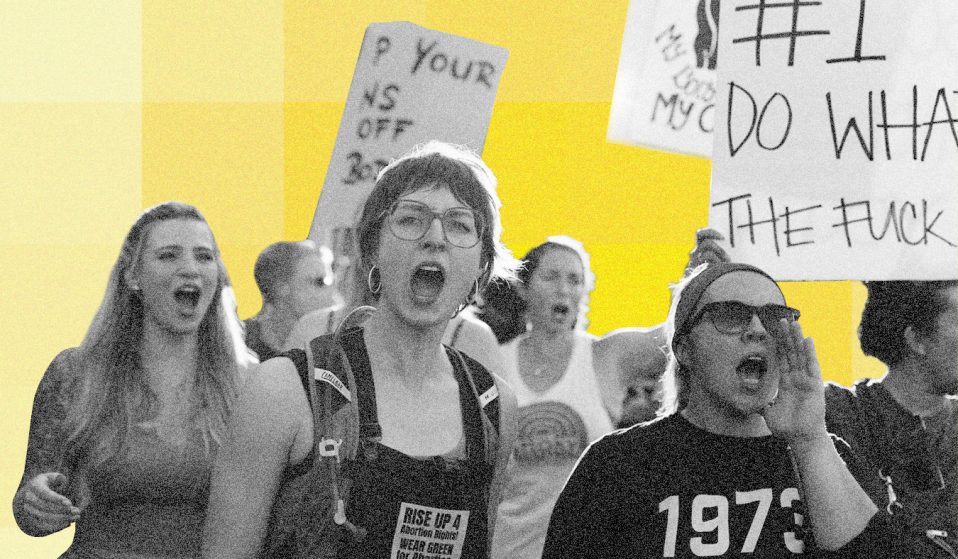 A woman from Texas explains how she was forced to consider the criminal liability she might face for medication abortion over her health.

A woman from Texas explains how she was forced to consider the criminal liability she might face for medication abortion over her health.

In September 2021, Texas became the first state to ban abortion as early as six weeks with no exceptions for rape or incest. With 85 per cent to 90 per cent of the procedures happening after the sixth week of pregnancy (many women do not even know they are pregnant before this), abortion rights groups say Senate Bill 8 amounts to a near-total ban. Following the decision to overturn Roe v. Wade, another ban – a so-called ‘trigger law’ – is set to go into effect later this month, which will impose civil and criminal penalties for performing banned abortions and prohibits nearly all abortions.

In the wake of the Roe v. Wade reversal, people in restrictive parts of the country are increasingly turning to self-managed abortions, procuring the pills any way they can, often online, despite state prohibitions. Anti-abortion campaigners have promoted claims that abortion medication is ineffective and dangerous. However, the World Health Organisation endorses self-managed abortion and says it can be used up to 12 weeks gestation. More than half a million women had medication abortions in 2020 in the United States, and fewer than half of one percent experience serious complications, studies show.

However, in the event that self-management does go wrong, strict laws (many states never allowed telehealth abortion, and new laws prohibiting abortion apply to all forms of the procedure, including medications) mean that many people cannot be transparent with doctors and health care professionals about their situation out of the fear of criminalisation. Indeed, they may be reluctant to seek help at all.

Here, a 29-year-old woman in Texas who asked to remain anonymous shares her experience of self-managing an abortion at home with pills.

Earlier this year, I discovered I was around six weeks pregnant. I am on a medication that could cause fetal abnormalities and on birth control. I immediately knew I wasn’t interested in proceeding with this pregnancy, as it was very likely that it wouldn’t be a healthy one.

But Senate Bill 8 had already been enacted, which meant I was already past the limit to seek abortion care within the state.

While my health insurance would support me in accessing an abortion out of the state, I was already experiencing severe pregnancy symptoms. I had very intense nausea that made it difficult for me to even get around my own house, so the thought of driving eight hours to my nearest clinic, or boarding an aircraft, was very undesirable.

I had had a medication abortion in the past, so it was already familiar to me. I decided that accessing the medication locally and self-managing my abortion at home would be the best course of action.

I secured the misoprostol-only pills through a friend who regularly goes to Mexico, where misoprostol is available over the counter. Luckily, they had some still available from their last trip, so I was able to access them fairly quickly. I had never done a misoprostol-only regimen before and so I relied on videos by Doctors Without Borders to guide me through the process. I felt confident that I was making a medically safe choice.

But it was still a stressful experience because I hadn’t been able to speak honestly with a medical provider. I hadn’t been able to confirm the gestational age of the pregnancy, because even the closest ultrasound date I could get was up two-and-half to three weeks out. Every day that you’re pregnant and don’t want to be is a very difficult experience.

I did the misoprostol-only regimen and I believed it to be successful. I experienced all of the symptoms that were indicated on the website I was looking at – cramping, bleeding, my pregnancy symptoms immediately subsided. But after about a week, I started noticing that the symptoms were coming back. I was fatigued again, I was experiencing a lot of nausea. I took a home pregnancy test and it still came out positive. So then I consulted with an anonymous medication abortion hotline, and the doctors on that hotline said it was probably time to set up an appointment at a physical clinic, because it was likely that my self-managed abortion had not been successful.

I set up an appointment at my local Planned Parenthood clinic under the guise of miscarriage management – it was the closest category of appointment to what I was actually experiencing. It was there that I discovered that my abortion had been unsuccessful.

I knew that there was no way for me to tell the physician that I had self-managed an abortion with pills. I had to hide my feelings so as to not raise suspicions because all the medical staff I was interacting with were treating this as if it was a wanted pregnancy. They were treating all of the miscarriage symptoms like, ‘Why did you wait so long to come in after experiencing miscarriage symptoms?’ ‘Why wouldn’t you seek assistance for this pregnancy?’

While I was in my gown on the exam room table, I was messaging a friend to see if they may be able to help me secure the mifepristone-misoprostol combination regimen [the preferred regimen for medical abortion]. I was able to secure those pills on that day, and so within the span of two weeks, I had two medication abortions that I self-managed from my home. Luckily, the second time I was able to terminate.

Finding myself this year in the state of Texas under a law that put anyone who may assist me in seeking services in a legally precarious position meant that I couldn’t be honest about what I was experiencing. I couldn’t reach out to a broad network of support, and I was effectively silenced by the government and forced to work outside of the system to be able to access care.

I didn’t expect to have two medication abortions, right back to back, and I think that may have been able to be avoided if I had been afforded more time to make that choice. If I had had the ultrasound and had been able to accurately gauge the gestational age, perhaps it would have been more obvious that I needed a mifepristone-misoprostol combination abortion.

I wasn’t afforded the opportunity to speak honestly with medical professionals. More interactions with doctors would mean a paper trail of the pregnancy – and what would that result in if I’m not pregnant in two weeks from now, and I didn’t seek any clinic care, if a physician took it upon themselves to report that? I’m living in a state where soon after the experience, another Latina was incarcerated for a time for a suspected self-managed abortion. That wasn’t out of the realm of possibility in my mind.

My second medication abortion was excruciatingly painful. I experienced a lot of cramping that went on for over four hours to the point where my partner was asking if I thought we should go to the emergency room. It was a scary experience. We did consider going to the ER but I was thinking that Senate Bill 8 means that anyone who aids those seeking an abortion is possibly subject to a lawsuit. We agreed that if I made it to five hours of cramping, I would go to the ER and right before five hours, the cramping went away and I successfully passed the pregnancy.

But in that time when I was undergoing a lot of physical stress, I wasn’t able to consider my health first: I had to consider the criminal liability that myself or my partner could face should I seek assistance.

(As told to Clea Skopeliti)

This interview has been edited for clarity and brevity

Linkedin
RELATED ARTICLES
OTHER ARTICLES
Thousands attended the annual event this year to wheelie through the city and call for ‘knives down, bikes up’.
Financial turmoil is pushing people who work in the sex industry into more dangerous and desperate situations as a means of survival.
A new project is documenting formerly incarcerated people as they transition back into civilian life.
By turning a real-life crisis into daytime television fodder, TV bosses have once again shown themselves to be completely out of touch with audiences.
Rogue landlords are exploiting young and inexperienced renters and leaving them in mental and financial turmoil, reports Niall Hignett.
Yesterday thousands gathered outside Buckingham Palace after news of the Queen’s death broke.