News & Politics / How walking became a radical act of defiance 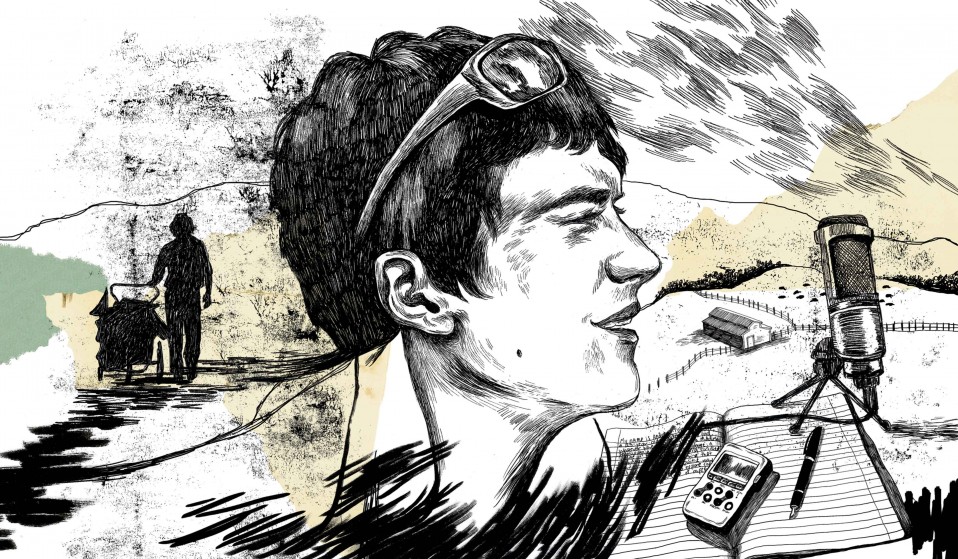 In a society that advocates women be efficient and suspicious, aimlessly walking through the city has become a form of empowerment and resistance for writer Dawn Foster.

In a society that advocates women be efficient and suspicious, aimlessly walking through the city has become a form of empowerment and resistance for writer Dawn Foster.

It’s a year to the day since millions of us woke up to the shock news that Donald Trump had won the United States presidential election, upending expectations from pollsters, the media and experts alike.

Only four and a half months previously, Britain had voted to leave the European Union, similarly confounding most opinion polls. The news cycle since has been an endurance test: natural disasters and regular terror attacks, mass shootings and political upsets around the globe. Each has seemingly overlapped and jostled for attention. The concept of ‘silly season’ – the traditionally fallow period over the summer where little hard news occurs – this year seemed an antiquity.

For several months after Trump won, if I slept through the night, I found myself taking a deep breath before I picked up my phone in the morning, after which I’d scroll through the breaking news alerts that filled the screen while replaying the latest reminders of the US’s embrace of the far right.

More often, I slept fitfully, waking repeatedly and becoming apprised of the latest horror in real time. Keeping up with the news felt like an exercise in self-flagellation, as geopolitics seemed intent on sliding into a slow car crash while the whole world seemed to be utterly dysfunctional. Looking away felt like an abdication of personal responsibility, a luxury no one affected could indulge in. Most of my friends professed a deep despair at international politics and a complete exasperation at the situation at home.

I couldn’t remember a time since the 2008 financial crash, when I was at university, when things had seemed so hopeless. Older friends recalled growing up during the Cold War and feeling sure they were permanently at risk of obliteration. Now, catastrophic news events overlapped and collided, and rarely was one huge story a day or two old, before another crashed into the headlines to deepen the sense of dread. People were still making sense of the UK general election when days later the Grenfell Tower caught fire. The Westminster attack was followed by the Manchester attack, which was followed by the London Bridge attack. The worsening climate catastrophe was mentally unavoidable as hurricanes, floods and storms battered the US, India and Ireland. Mass shootings and police violence in America continued with depressing regularity.

Everyone copes with psychological overload differently. Increasing numbers of friends have given up on social media sites, dedicated more time to reading books than newspapers and news channels. Struggling with sleep and stress, I started walking more, at first in lieu of public transport, then aimlessly for miles on end and hours at a time. Exercise is known to have a hugely beneficial effect on physical health and sleep quality, but also mental health. Many of my friends credit aimless walking with clearing their heads, allowing them a solitude they rarely find in day to day life, and helping them process their thoughts. Far more women than men in my friendship group seem to say walking has become a big part of their lives.

The joy of walking is that almost everyone can do it. Put on the right shoes, head out of the door, and you can squeeze in a mile or two, or spend the whole day wandering with breaks. Attempts at running, and regular gym-going have been hampered in the past by a spinal disability that causes pain as a result of impact sport, and nerve pain in my legs that makes high-intensity sports agonising. Swimming bores me very quickly, and the endless rules around pool times, sessions and lanes are so rigid at my local swimming hole as to be off-putting and limiting.

But walking dispenses with rules, techniques and special equipment. I can be alone, listening to music, podcasts, or just the noises around me. There’s an immense calm that comes with walking for hours without speaking to another person: just being quiet in a city that seems intent on being as loud as possible, moving through all the calamity with no aim other than clocking up several miles and silently observing the buildings, blue plaques, gardens and shop fronts you’d usually speed past on a bus, or underneath on an artificially lit tube carriage, pressed up against strangers.

The tendency to over-romanticise walking is usually the preserve of a certain type of middle-aged man, who valorises while only vaguely understanding psychogeography. As the journalist Hannah Rose Woods put it: “Bros of academia: sometimes it’s not psychogeography. You are literally just going for a walk.”

Yes, you can argue you are participating in a grand intellectual project, a tradition following on from the flaneur, mimicking Patrick Keiller and Ian Sinclair. But most women I know are yes, literally going for a walk. Getting outside and away from the computer, pounding the streets because it takes them away from their workplace and the pressures of email and work expectations. Because physical exertion is its own reward, and the muscle aches, occasional blisters and exhaustion after you’ve put one foot in front of another for hours are their own reward too.

It’s mostly women I know doing precisely this for a few reasons. Taking up physical space as a woman is still fraught in society. We’re socialised to cross our legs, fill the minimum space on public transport while men spread themselves across seats. Were taught to apologise for our physical existence as an impertinence. But also, to be selfless and endlessly working for others, both emotionally and in every day working life and friendships. Deciding to go out in public and do something technically aimless feels like a wilful reclamation of your time.

At night, few women I know aren’t harassed for trying to get from A to B, with far worse experiences for black and trans friends. Even in the daytime, strangers will attempt to demand your attention: we’re taught as women to be polite and entertain this, even when we know rebuffing the advances of strangers in the street leads to verbal and sometimes physical violence. Refusing to stop walking, remove your headphones and engage isn’t rude, it’s boundary setting and safeguarding of your own freedom.

Walking is also, importantly, inefficient compared to most public transport systems. Productivity apps are big business, and women especially are forever attempting to maximise their time and do more: walking takes as long as it takes, and usually slows you down compared to the tube, or the bus. With so many demands for our time and attention, both from the news, work, and personal relationships, deciding to reject efficiency and invest time in something simple and frivolous can be radical in and of itself.

Linkedin
RELATED ARTICLES
OTHER ARTICLES
Max Miechowski reflects on documenting land that is being lost to the sea – and the people who live life on the edge.
Photographer Jeffrey Silverthorne always treated his subjects – often those living on the margins of society – with empathy and respect.
Jack Lueders-Booth reflects on capturing the community that lived and worked along the city’s busiest railway route during the 1980s.
How the sounds of nature, air force bases, walking across the country, Windrush and synthesisers have influenced one woman’s journey through music and life.
Ireland’s national sports are modernising. At the forefront of this movement is Na Gaeil Aeracha, the country’s first ever queer GAA club.
Alternating between colour and black-and-white, the photographer chronicled sexual liberation, economic crises and the repercussions of the war in Vietnam.