News & Politics / Is democracy a religion that has failed the poor? 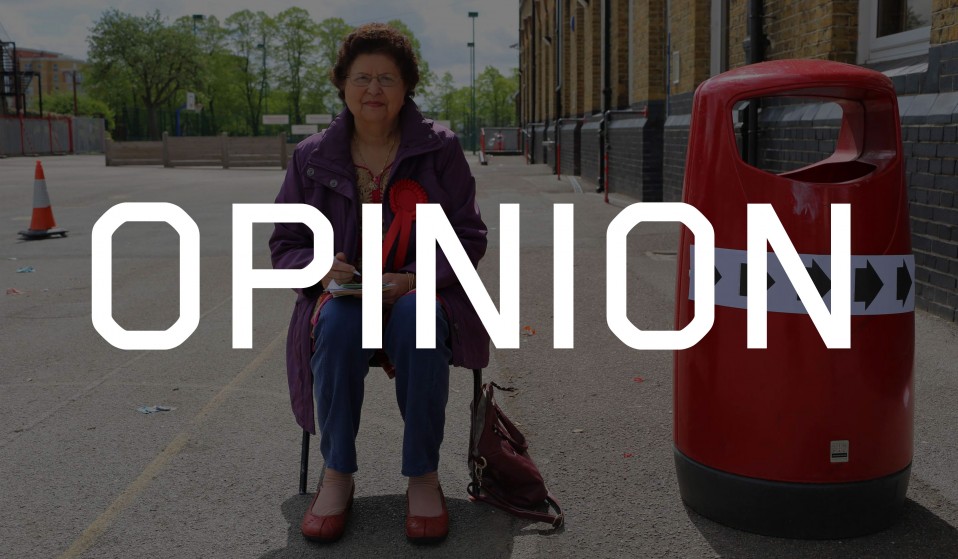 After the disappointment of the UK's election result, Dr Giles Fraser wonders if elections are just an elaborate charade to maintain the status quo.

After the disappointment of the UK's election result, Dr Giles Fraser wonders if elections are just an elaborate charade to maintain the status quo.

“Right now I feel ashamed to be English,” Giles Fraser writes in The Guardian. “Ashamed to belong to a country that has clearly identified itself as insular, self-absorbed and apparently caring so little for the most vulnerable people among us. Why did a million people visiting food banks make such a minimal difference? Did we just vote for our own narrow concerns and sod the rest?”

You may remember Giles Fraser as the canon who joined the Occupy camp on the steps of St Paul’s Cathedral in central London and finally resigned in disgust with the church’s aggressive stance towards the protestors. In an article entitled, “Democracy is a religion that has failed the poor,” Fraser despairs how hopes were dashed of a more compassionate, inclusive society and of an end to the unnecessary suffering inflicted by five years of a Tory-led government.

But how did people buy into the “economic competence” of a party who have presided over the slowest economic recovery since the Great Depression? How could the electorate be seduced by the promises of tax cuts when they’ve already lost far more thanks to an unprecedented decline in real wages for all but the highest earners over the last parliament?

The Financial Times headline said it all: “Wealthy breathe a sigh of relief at Tory victory.” Lebedev, Rothermere and Murdoch all encouraged their readers in the Evening Standard/Independent, Daily Mail and Sun/Times, respectively, to vote for the feudal, tax haven, trust-fund double-act Cameron and Osborne, thereby protecting the media barons’ own beneficial non-domiciled tax arrangements.

Before this parliamentary term is out, how many Conservative voters will join the one million who now visit food banks or join the growing record numbers of homeless families or find the NHS unable to support them in times of need? They’ve voted to further shred the social safety net that all but the most wealthy will need at least one point in their lives.

This questions transcends this election and British politics, but simply, why do people so often vote against their own interests?

Fraser quotes anthropologist Mukulika Banerjee, who suggests: “elections are like religious rituals, often devoid of rational purpose or efficacy for the individual participant, but full of symbolic meaning. They are the nearest thing the secular has to the sacred, presenting a moment of empowerment.

“But is this empowerment illusory? Is, as Banerjee asks, “the ability to vote … a necessary safety valve which allows for the airing of popular disaffection, but which nevertheless ultimately restores the status quo. In such a reading, elections require the complicity of all participants in a deliberate mis-recognition of the emptiness of its procedures and the lack of any significant changes which this ritual brings about, but are a necessary charade to mollify a restless electorate.” The morning after all the hope of election day feels a lot like this.”

Read the full article at The Guardian.

Linkedin
RELATED ARTICLES
OTHER ARTICLES
Huck’s editor-at-large Michael Fordham reflects on an emotional election day journey around London, finding politics altogether absent.
Huck hosted a rowdy night of political debate on the eve of the UK’s general election. Here are the best bits.
Director Michael Winterbottom explains The Emperor's New Clothes is a fun and empowering wake up call to fight back against growing inequality.