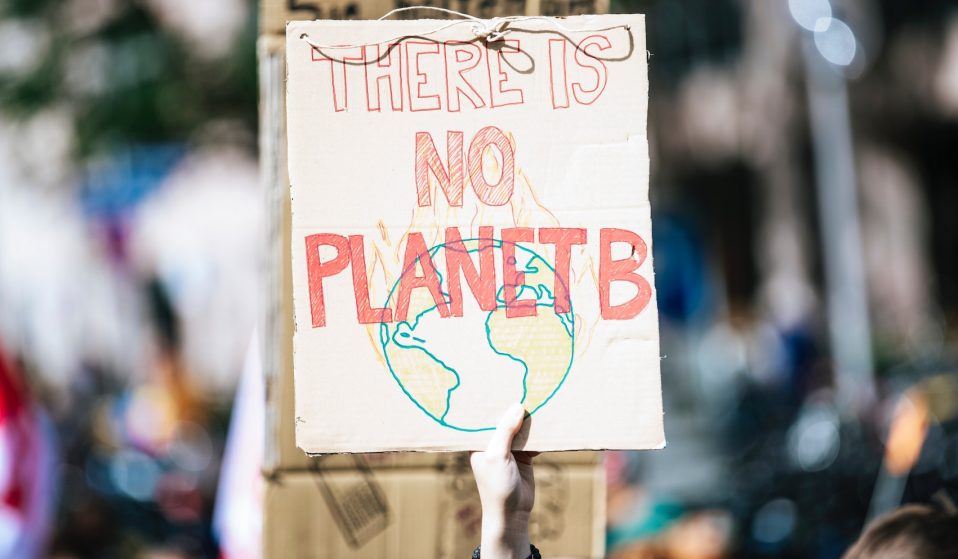 The Egyptian government are continuing the repressive mistreatment of environmental campaigners.

Mohamed Amasha smiles when he recalls memories of his father, Dr. Ahmed Amasha, the Egyptian environmental and human rights activist. They used to attend marches together when he was growing up. “He was nurturing in me that sense of commitment,” says the 27-year-old, who is currently a PhD student at Yale University.

Recalling one march they went on for World Environment Day, he says: “We were in front of the environment ministry in Cairo, and there was a famous talk show, and they were interviewing the people participating. They wanted to have an interview with my father because he was one of the organisers, but he would just direct them to other people, and he pushed me to talk. My dad had this principle of, ‘I do the work not necessarily to be in the forefront and in the pictures’.”

Mohamed hasn’t seen his father for many years. Amasha was arrested in 2017, held for two years in pre-trial detention before being released in October 2019, and then rearrested in June 2020. He was accused of joining a terrorist group, and is currently being held in Badr 3 Prison, outside Cairo. Now age 60, the activist, who was a founding member of the Kefaya opposition movement, as well as the Arab Association for Environment and Sustainable Development, has endured torture, electrocution, and sexual assault in prison, and is under constant surveillance. According to his son, he recently announced a hunger strike.

Amasha is one of approximately 60,000 political prisoners currently languishing in Egyptian prisons. One of the most high-profile prisoners is the British-Egyptian pro-democracy activist and software engineer, Alaa Abd el-Fattah, who has been detained for much of the past decade. Alaa intensified his months-long hunger strike to zero-calories and stopped drinking water on Sunday (6 November), the first day of COP27. He may die in prison, while around 300 miles away leaders shake hands with his killer. His crime? Sharing a Facebook post about the torture of a detainee.

Jailed Egyptian-British activist, Alaa Abd El-Fattah, has been on hunger strike since April. He is now refusing water.

The UK, which funds Egypt's security bodies, is complicit.

At #COP27, @RishiSunak must halt funding and demand the release of Alaa & all political prisoners. pic.twitter.com/2cYjwo7o4z

As international leaders, diplomats, climate activists, and journalists descend on the Egyptian tourist resort of Sharm El Sheikh for COP27, there is concern over whether the annual summit will greenwash the notoriously repressive state. Naomi Klein wrote in The Intercept that this COP will be about “blood, blood, blood” (a reference to Greta Thunberg mocking world leaders in her ‘blah blah blah’ speech) – specifically the blood of any Egyptians who do not toe the line.

Meanwhile, the Egyptian Campaign for Climate and Democracy has called it a “state orchestrated charade” and many – including the Swedish climate activist, Greta Thunberg – have criticised the lack of space for civil society at the conference, which is seen as an integral part of addressing the climate crisis. Only those that have been vetted will be allowed access, while there have been difficulties with visas, and soaring costs for hotel rooms in the area means many are being priced out. Even before the start of the conference, security forces were checking the phones of suspected activists across Egyptian cities and around 70 people have been arrested in connection with calls to protest.

Ever since President Abdel Fattah el-Sisi took power in 2014, Egyptian civil society has been shrinking under a ruthless crackdown. Basic human rights, such as the freedom of association, assembly, and expression, are being denied due to the misuse of counter-terrorism legislation. A recent report by Human Rights Watch found that the Egyptian government has “severely curtailed” environmental groups, NGOs, and activists from carrying out their work, generating a “general atmosphere of fear”. They also say that these restrictions threaten Egypt’s ability to uphold its climate change commitments as hosts of COP27.

Multiple Egyptians working in the environmental sector told Huck that they have faced scrutiny and intimidation from the regime in the past. Samar Elhusseiny, from the Egyptian Human Rights Forum, says that the Egyptian regime sees COP27 as an “economic and legitimacy opportunity.” She explains: “They want to appear more flexible and open to changes and they won’t risk a crackdown on defenders or organisations before COP27 as it might backfire. But after COP there is increasing speculation of reprisals.”

So, what should the tens of thousands of people attending COP27 do to highlight the plight of these prisoners? Yasmin Omar, who is leading the work of the COP27 Civic Space Coalition which is pushing for the opening up of civic space in Egypt and the release of those arbitrarily detained, says she wants delegates to engage in the negotiations, while “carrying the names of those detainees on pins, holding their pictures or posters, and bringing their names into the discussions”. What’s crucial is highlighting that there cannot be climate justice without protecting human rights – the two are closely intertwined and dependent on one another.

Elhusseiny explains that climate activism is not possible without having a free and open civic space, adding that the Egyptian government doesn’t have any clear approach towards the climate crisis. In fact, she says, most of the time they are “actually doing the opposite of supporting climate issues”.

The Egyptian government’s disregard for the environment can be seen just over 50 miles inland from where COP27 is being held. Saint Catherine in Sinai is a well-known national park and UNESCO World Heritage Site containing five of Egypt’s highest peaks, as well as rare biodiversity and a historic monastery. It is also a place that is sacred to the three Abrahamic Faiths of Judaism, Christianity and Islam. The government is currently busy turning Saint Catherine into a mega-tourism hub, dubbed the “Grand Transfiguration Project”, which one expert described as “criminal destruction”. Over the past year, hundreds of new buildings have been erected, trees that have stood there for hundreds of years have been uprooted, and the floor of the ancient valley has been paved with concrete.

Mohannad Sabry, an exiled Egyptian writer and expert on Sinai who wrote a damning report on the development for the Egyptian Human Rights Forum, warned that it is causing massive, irreversible damage to the fragile environment, and that many residents he spoke to said they weren’t told about it, or involved with the plans. Not only is it in clear violation of the UNESCO regulations of World Heritage Sites, but also Egypt’s domestic laws of nature protectorates. “[This project is] characteristic of the Egyptian regime,” he says, “they decided to do something worth billions of dollars, without any logic to it.” Sabry has gathered together environmentalists and experts on Sinai to condemn the project, however many people – particularly the local community – are afraid of speaking out against it because of fear of retribution.

“The aggression against public space has been in Egypt ever since 1952, but it has manifested in the last five years,” says Ahmed*, an Egyptian environmentalist. Ahmed blames the “crony capitalism that is overtaking the country” which doesn’t value “nature, environments, and landscape”. Nowhere is this made clearer in the actions along the banks of the river Nile – known as the ‘gift of God’. Despite its significance, it is being heavily polluted and threatened with over development.

Ahmed will be attending COP27 and hopes that the summit will encourage the Egyptian government to see the “importance of environmental housekeeping beyond international fame and glory”.  There is also hope that, as pressure mounts on Egypt, prisoners of conscience may be released.

After not having his father at both his BA and MA graduation ceremonies, Mohamed Amasha hopes he will make his PhD graduation, however he knows all too well how unpredictable and arbitrary the regime’s handling of political prisoners is. He continues to fight for him, and believes that despite the enormous physical and mental strain his dad is under, his strong spirit will help him get through it. “Even during the hardest times, he’s always laughing,” he says, adding “I admire his commitment to what he believes in.”

Meanwhile, on the second day of COP, Prime Minister Rishi Sunak reportedly stressed the UK’s  “deep concern” over Alaa Abd el-Fattah to President el-Sisi, but the UK government is being criticised for not doing enough and taking too long to help the imprisoned activist. Time is running out, and the world is watching.

Linkedin
OTHER ARTICLES
The Egyptian government are continuing the repressive mistreatment of environmental campaigners.
After a devastating fire, creatives in the city are coming together to call for more affordable workspaces.
Over the weekend, the United Families & Friends Campaign organised a protest calling for an end to deaths at the hands of the police.
With the singer’s tour in full swing, we sat down the musical production company who made the electrifying show possible.
The campaigning charity are on a mission to increase inclusion, participation and representation of Black people in trail running.
A new exhibition brings together 150 works by twelve photographers, offering mesmerising and intimate depictions of life.