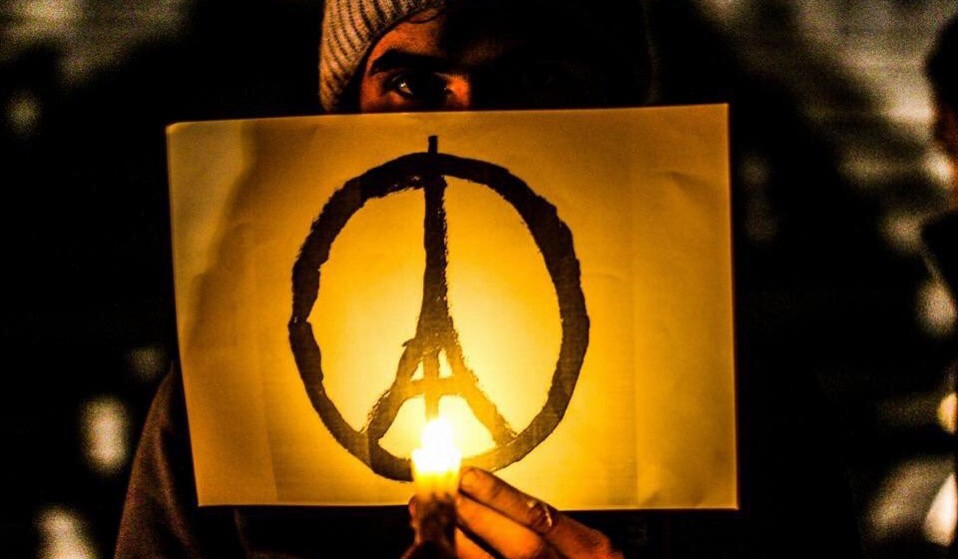 Photography © @palmyrapioneer on Twitter at Paris vigil in Syria

ISIS’ brutal attack on Paris shows human beings can be terrible - but they can also be brilliant too.

ISIS’ brutal attack on Paris shows human beings can be terrible - but they can also be brilliant too.

French prime minister, Manuel Valls, announced that the death toll of the attacks in Paris last Friday has reached 130 after one person died in hospital.

ISIS revealed how base human beings can be to further their selfish agendas. But response from ordinary people and religious leaders has been to condemn terror and show positivity.

Here are five stories that showed us how people have come together, showed strength, unity and kindness in the wake of the attacks.

1. #PorteOuverte: our doors are open

As news broke of the attacks on Friday night, Parisians rushed to social media to offer shelter and a safe place to sleep for anyone nearby. They used the hashtag #PorteOuverte which means “open door” to invite people in need into their homes.

#porteouverte send me a message for a safe place in canal Saint Martin. Please be safe

Hey tourists in #Paris if you need help or some place to sleep around Jussieu 5th arrondissement, my door is open. #PorteOuverte #OpenDoor

The famous Beat bookstore Shakespeare and Co. also allowed twenty customers to spend the night. The motto written above the library entrance by founder George Whitman couldn’t be more appropriate: “Be not inhospitable to strangers lest they be angels in disguise.”

From Shakespeare & Co in Paris, the bookstore where 20 customers are spending the night tonight. pic.twitter.com/FJrRCrbvDG

2. Canadian Mosque burnt down in hate crime is rebuilt by the community

Peterborough, Ontario’s only Mosque was torched the Saturday following the Paris attacks. The community rallied behind them, condemned the attackers and set up an online crowdfunding campaign which quickly reached its $107k goal to pay for repairs – with more than 1,700 donors chipping in. Peterborough’s Muslims were left without a place to pray following the attack, but were invited to use the local Beth Israel Synagogue while they wait for the Mosque to be repaired.

French Muslim leaders joined representatives of the city’s Jewish community to lay white roses among the candles and bouquets left by members of the public to commemorate the 89 people who died at the Bataclan concert hall.

“Anyone who uses hate speech has no place in France and those places that preach hate are not places of prayer but are those of a sect. After this tragedy and the more than 100 deaths, now is the time to close these places of hate,” Chalghoumi, president of the imams’ conference of France, told the crowd, The Guardian reports.

4. Le Monde reporter takes a bullet while helping others to safety

On Friday night, journalist Daniel Psenny was watching TV in his apartment that overlooks the Bataclan concert hall. When he first heard gunfire from inside the concert hall, he thought it was firecrackers. As he looked out of his window, he shot this (gruesome) video of people fleeing the venue and a pregnant woman hanging from an upstairs window.

Psenny ran downstairs and was shot while ushering people into his apartment block. He remembers: “That’s the moment I took a bullet. I don’t remember much after that, I have a blank, but I remember feeling like a firecracker had exploded in my left arm and I saw that it was pissing blood. I think the shooter was at the window of the Bataclan.”

Inside the venue, the pregnant woman Psenny had filmed hanging from the window was helped by a man known only as ‘Sebastian’. When she couldn’t cling on any more, he pulled her back inside the window before being caught by gunmen. “Five minutes later I felt the barrel of a Kalashnikov against my leg and a terrorist yelling: ‘Get down from there … Lie on the ground’.” he told La Provence newspaper. 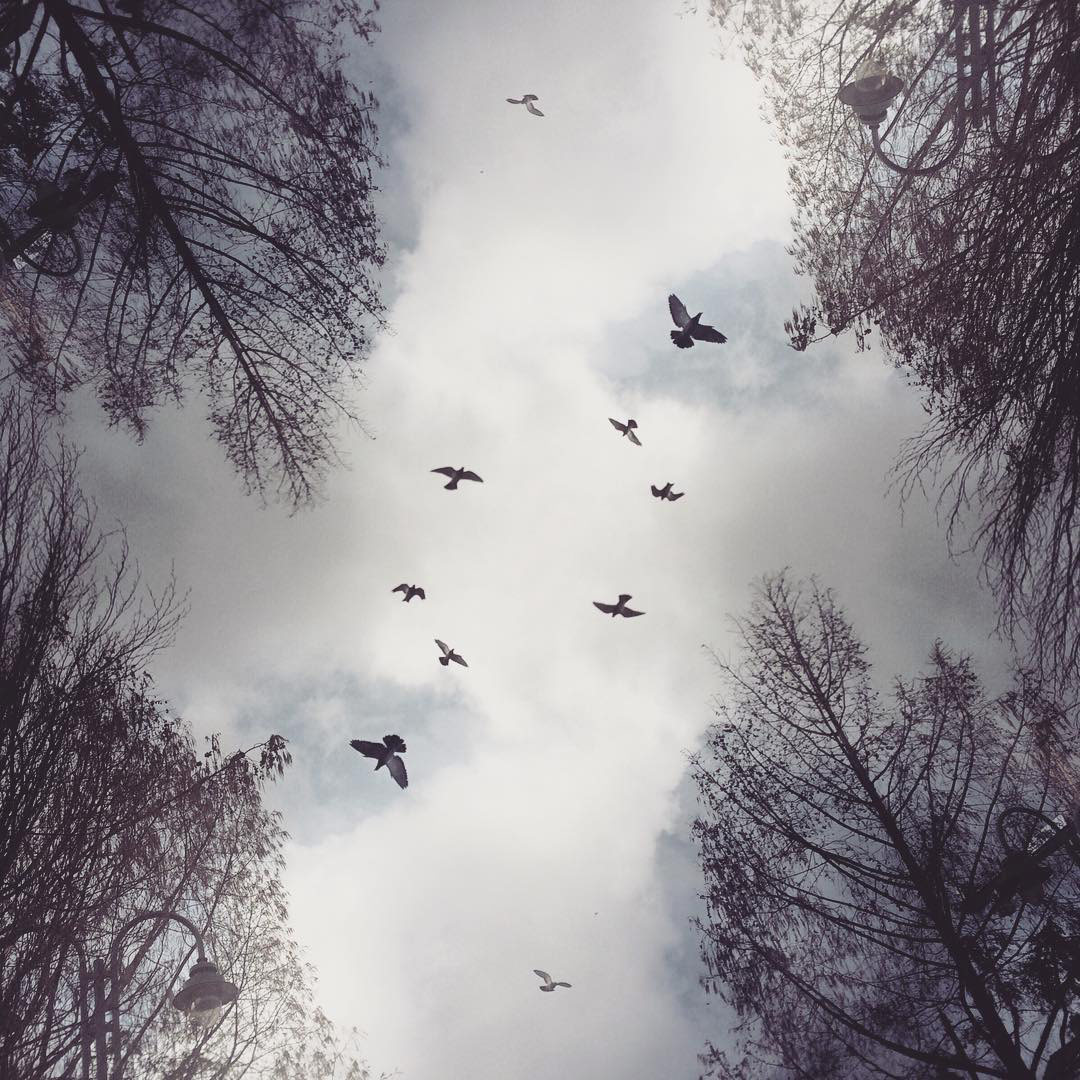 Photographer Daniella Zalcman posted this picture on Instagram alongside a story she witnessed on the streets of Paris:

“On Sunday morning, I was walking east on my way to the 11th arr. where most of the attacks happened. Paris was eerily still, even for a Sunday, and I passed barely a dozen people on the way. Somewhere along the Rue Bergere, I saw a young woman in a hijab stop outside a boulangerie as the owner was opening for the day. She started to raise a hand in greeting — it was obvious that she knew him — and then instead she reconsidered, pulled her scarf more tightly around her face, put her head down, and started to duck past. In two seconds flat, the proprietor ran across the street and nearly tackled her in a bear hug, kissed her once on each cheek, and without a word sprinted back to his cafe. Sometimes, broken things can be unbroken.”

Linkedin
RELATED ARTICLES
OTHER ARTICLES
To mark the premiere of his new documentary on surfing giant Gerry Lopez, the filmmaker and former pro skateboarder sits down to share his unique brand of wisdom.
Photographer Jack D. Teemer travelled through US cities to create a vivid document of a region in decline.
Photographer Anne-Marie Michel captures the women who through determination and strength are forging their own way in a male-dominated industry.
After rewriting the indie rulebook with her devastating songs about romantic longing, the singer-songwriter is now imagining a future in which the artist is no longer a product.
The author discusses her new memoir, which offers a sobering reflection on the racism and otherness she’s experienced along with a joyful celebration of her culinary heritage.
Ahead of the release of his new album, the producer reflects on his battle with drug use, getting into painting and what Madonna taught him.