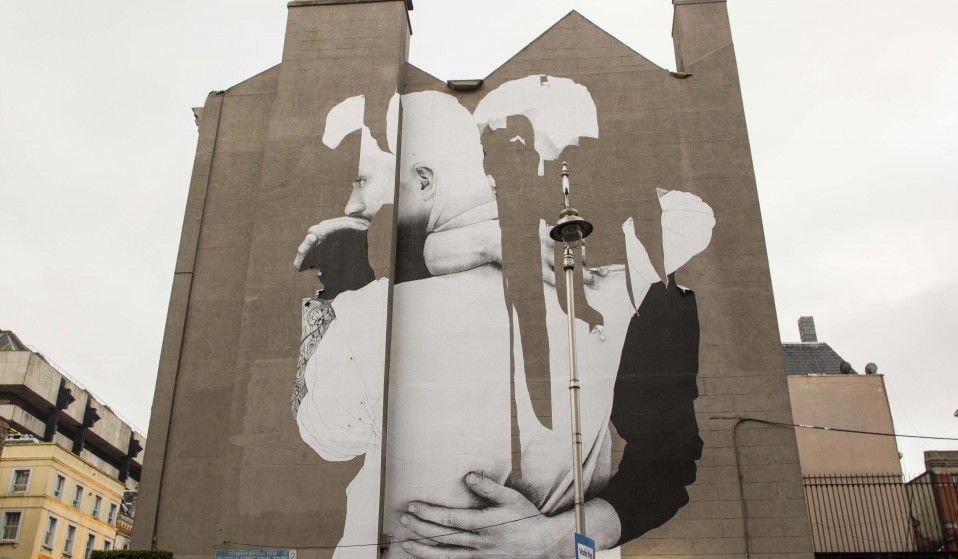 Ireland's LGBT community are locked in a fierce battle with the religious right over the forthcoming equality referendum on May 22. Here's everything you need to know.

Ireland's LGBT community are locked in a fierce battle with the religious right over the forthcoming equality referendum on May 22. Here's everything you need to know.

Much like the road to American marriage equality, Ireland has seen a hard-fought campaign, pivoting on constitutional wording, opposition from right-wing religious zealots, other mixed-nut homophobes and the tireless campaigning of some very inspirational people.

On May 22, the Irish people will be called to vote on a change to their constitution. The referendum will either allow same sex couples to commit to civil marriage or disallow it.

Whether you’re eligible to vote in the Irish referendum or not, here are some important things you should know about marriage equality.

Although there are many stories and many voices in Irish LGBT history, a very compact legal timeline leads us to May 22nd 2015.

Ireland’s first Pride March came about informally in 1983. A protest by an angry LGBT community, tired of homophobic violence and its institutional upholding by the Irish government, following the release on suspended sentences of a number of men responsible for a fatal gay bashing in the Dublin City Centre. By then The Campaign for Homosexual Law Reform had been in existence since the 1970s (it’s founding members include one-time presidential candidate Senator David Norris and former Irish Presidents Mary McAleese and Mary Robinson).

Following a failed appeal to the supreme court in 1983, it wasn’t until the 1993 European Court of Human Rights case ‘Norris versus Ireland’ that it successfully overturned an early nineteenth century law criminalising homosexuality, condemning it as incompatible with the European Convention of Human Rights.

Fast-forward to 2006 and Katherine Zappone and Ann Louise Gilligan bring a civil case to High Court asking for recognition of their Canadian same sex marriage in Ireland. It ultimately fails but paves the way for legislative change. When Civil Partnership was introduced in Ireland in 2013 following the Civil Partnerships and Certain Rights and Obligations of Cohabitants Act 2010, it allowed certain legal recognitions for same sex couples.

Since 2013 the Marriage Equality Group have identified 160 statutory differences between civil partnership and marriage. In the intervening years they have worked to close those inequalities in legislation pertaining to tax law, adoption rights, family law and immigration. But many still exist. Civil partnerships still fall short of full equality and recognition for same-sex partners and their families. Civil Marriage will attain this. But to note Civil Marriage isn’t the same as religious marriage and it hasn’t any bearing on any religious institution.

Still, as the old Irish saying goes “You can’t please everyone” and some of the most ardent opposition has come from within the Irish Media.

“What we’re going to end up is marriage equality of a particular kind. It’s a little like the economic equality which is offered by certain socialist parties in government, where they want to bring everyone down to the same level of poverty.

“That’s what this (referendum) will do, in marital terms.”

While the Katie Hopkins-alike Irish Times journalist Breda O’Brien joins the chorus with:

“Won’t Somebody Please Think of the Children?” We are, aren’t we?

The No Vote campaign has focused strongly on the children, in one foul sloganistic swoop denouncing single-parent as well as any other alternative families with ‘Children Deserve a Father and a Mother.’ Published this March, the amended Children and Family Relationships Bill has extended guardianship, custody and adoption rights to different types of families including same-sex couples. This will mean children already living within same-sex families now have the right to be adopted by both parents. Rather than as previously allowed one of those parents or one single person. Voting yes or no, won’t change this as it is already (recent) legislation. And it won’t change the make-up of existing families that have same sex parents.

But the Irish People can help the children.

“I think that we owe those children a huge debt – as adults who have opportunities to make choices that impact their lives – to make the right choices, choices that will allow their lives to grow organically, safely, and to give them the joy of being full citizens in their own country.”

Much of the debate surrounding the upcoming referendum has unsurprisingly surrounded ‘homophobia’. Is homophobia solely homophobic attacks? Is it name calling? Or can it more complex, can it be insidiously institutional? Is it homophobic to deny people of different sexual orientations equal rights? Or are some rights the exclusive property of heterosexual relationships? Is it okay to label those who think so as homophobic? And while not Gordian Knot logic to many, this has been a debate played over the Irish airwaves to unprecedented levels of furore over the last 12 months.

In the run-up to the referendum, in the name of impartiality the Irish Broadcast Authority has upheld complaints against an episode of a popular radio show focusing on civil partnerships for lacking balance in its approach to the question of civil marriage. A prominent Dublin secondary school cancelled an LGBT bullying workshop as they thought both sides of the argument should be heard.

While later Ireland’s National Television Station RTE offered a payout for slander against No campaign journalists John Waters and Breda O’Brien, and Christian organisation the Iona Institute, following an interview in which human rights activist Rory O’Neil aka drag entertainer Panti Bliss labelled them homophobic. Something that wrested the balance in allowing the LGBT community to call out homophobia where they see it and placed ‘balance’ back firmly in the hands of the homophobes.

More on that ‘neat Orwellian trick’ below.

The Yes Campaign has seen Ireland’s already vibrant Irish LGBT community become even more visible. The upshot of which is increased debate about the rights and liberties that should be afforded to people of different sexual orientations in daily life and a community that has stretched to include heterosexual family and friends. The downside of which has been the cooption of the Irish media to give voice to anti-equality groups in the name of balance. The very real markers of homophobia laid bare, littering Ireland’s streets and lamp posts with posters and slogans that implausibly espouse traditional values as a reason to exclude others from an institution that they may also want to uphold. The pro-equality Irish community at home and abroad has been steadfast in its urgency to bring about this important change. All of these things will have a legacy.

On May 22, think hard Ireland. Vote well and ‘go n’eiri an bothar leat!’

Linkedin
OTHER ARTICLES
Photographer David Hoffman recalls documenting the extreme wealth inequality around Tower Hamlets and Hackney int the 1980s.
For decades, an area of East London has served as a community hub for Vietnamese people looking for a taste of home.
Photographer Arthur Grace recalls travelling through the Soviet Bloc and finding ways to evade the surveillance of his work.
Over the years, a swimming hole in a city park has evolved into a magnetic meeting place for Philadelphians – a hideaway where people can connect with the natural landscape, and each other.
Finland-born photographer Sirkka-Liisa Konttinen looks back on her decades-long documentation of life in Northern England.
In her new book, the author explores the country’s housing crisis in human terms and calls for radical action to address a broken system.