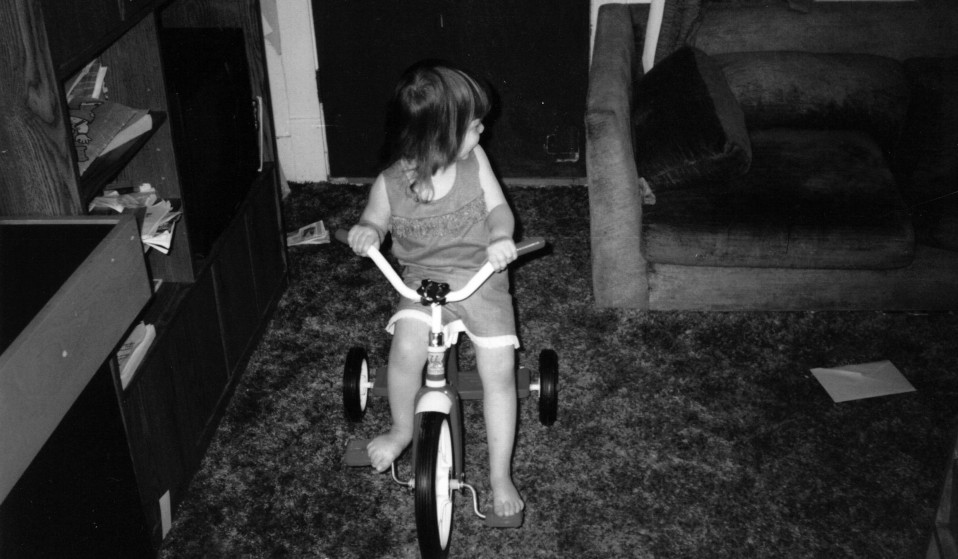 For thousands of children, being in a family that fosters kids in need of respite is a life-changing experience. Josh Baines is one of them.

For thousands of children, being in a family that fosters kids in need of respite is a life-changing experience, despite the negative headlines. Josh Baines is one of them.

As a younger man, I was prone to mythologising my youth. More specifically, I fetishised what I considered its unwanted and abrupt termination. Sitting my Year 2 STATS: the End. Taking the train into Norwich on my own for the first time: the End. Having an ECG scan because I kept fainting in the middle of the school playing field, terrified that I was forever doomed to a life of pathetically trying to crawl back to the warm, tarmac-y safety of the playground: that too was the End.

I look back now and realise that the ultimate and actual ending came in July, 2001. In the space of a few days, a pair of events definitively marked the turning of my songs of innocence into ones of wearisome experience.

The first involved a fight, a metal cabinet, a near death, and a threatened expulsion. The second is far more interesting.

My parents met as student nurses in Colchester. They would both go on to work in mental health for the NHS. They would have me three years after they got married, and would go on to to have four further sons. This, seemingly, wouldn’t be enough children for them, so they decided join the some 55,000 people in the UK who are foster carers.

There are around 80,000 children in the British care system, and nearly 64,000 of them are currently living with foster families. Their stay could range from a weekend to a decade, with each child arriving with the baggage that comes from being in a system that, from the outside at least, makes life harder. When foster care makes the news, which it occasionally does, it’s rarely for good reasons. We read about children being placed with allegedly culturally unsuitable carers, note with alarm that children who’ve passed through the care system are six times more likely to cautioned or convicted of a crime than those who haven’t, and adults finally winning legal battles with local councils after suffering abuse decades ago at the hands of foster carers.

The sad, and sadly predictable truth is that some people become foster carers for the wrong reasons. The money isn’t terrible, and training is provided; if your foster child attends school, you’re free in the daytime; aside from occasional checks by council children’s services, it is relatively unsupervised. Things can, and often do, fall through the cracks in the underfunded and overstretched care system.

My experience of foster care is different.

Given their working backgrounds—my dad is still employed by the NHS—it didn’t come as a surprise when it became evident to me and my brothers that the children we were welcoming into our home, sharing our lives with, however briefly, were going to be bringing with them their own traumas. Over the years we’ve fostered newborn children going cold turkey off heroin, toddlers who’ve been found alone in shit-covered cots, Iraqi refugees who can still see the killing of their father when they shut their eyes on their fifth birthday, three and a half thousand miles from the home they’ll probably never see again.

My second ending came in the shape of Mushtaq. We had met Mushtaq a few months before, when he was in the care of a friend of my mum’s. Severely physically handicapped, Mushtaq had moved from Pakistan to England with his parents at a young age. A victim of neglect, he suffered from similarly severe mental health problems and had been seen as both an embarrassment and a drain by his family, and eventually this incredibly vulnerable boy found himself in the care system.

Practically mute—his only access to verbal communication came in the form of high pitched mewling, reminiscent of the sound made by people with Cri du chat syndrome—he arrived in our house on a sunny Friday afternoon, a week or so after my brush with death. It was his muteness, more than anything, that made the first few days difficult for all of us. We were five shy, uncomfortable boys, suddenly in the presence of a child so different to us that we had questions we wanted answering, but no way to start a dialogue.

We were, to be blunt about it, scared. Scared not just of this quiet, smiling presence in a bowl cut and a Hawaiian shirt, but the future for us, and our family. What if we hated fostering? What if our foster brothers and sisters hated us? What if mum and dad preferred them to us?

So we spent the first weekend with him watching. Watching him slide from his wheelchair to the washing machine, where he sat transfixed by the undulating whoosh of old pants and Lenor for hours on end. Watching him silently launch a stream of viscous vomit down himself in the cookware aisle of a local department store. Watching him over our sausage and chips as my mum pours PediaSure into the tube that runs directly into his abdomen.

The more we watched, the more we learned, and the less we feared. We survived. Mushtaq left, and another child took his place at the table. And then another. Some we’d see just the once, leaving just as suddenly as they’d arrived, taken to a new, unknowable life in the back of a council provided taxi, beyond the hot food and silence of our kitchen.

There were the boys we’d see regularly, the Kyles and Brendons, the boys who slid in and out of the family with ease, arriving after school with a list of games they wanted to play and beaches they wanted to visit. There were, too, a few children who lived with us for years, who I then and now think of as brothers and sisters, looming figures in the shared familial psyche, visions that emerge at Christmas and on holiday, conjured by conviviality and alcohol. We wonder where they are now, and think, usually, that it is for the best we don’t know.

These shared memories, anecdotes cobbled together from multiple eyewitnesses that have become more real than the child themselves, come with a dollop of guilt. You can fall, and I have, into a kind of gooey sentimentality about the children you’ve seen some and go over the years. Wasn’t it funny, you say, when we walked in on Aaron shaving his eyebrows off with mum’s Bic? You don’t say, how do you think Aaron got on when he went back to his long-term, old, strict, unsmiling foster carers, without eyebrows?

Perhaps you don’t let yourself, because to do so is to think about the four year old girl with ginger ringlets and a passion for McDonalds, or the train-obsessed toddler with a terrific temper, is to see them as who they are—the unsuspecting victims of numerous societal failings—rather than who you want them to be—children who, for a day, a week, a month, a year, had a chance to experience something akin to a ‘normal’ childhood.

What we learned was more than just how to correctly feed a child who can’t swallow food, or what to do with a paper bowl full to the brim with puke. It was that we were incredibly lucky: lucky to have a permanent home, lucky to have parents who were able to offer us the level of love and quality of care that so many of the children we’ve met since Mushtaq weren’t afforded, lucky to be given a chance to understand the utter and total importance of empathy, selflessness, and patience.

Mushtaq died, at the age of 14, on a Friday night, a few years ago. We were not invited to his funeral.

All names have been changed.

Linkedin
RELATED ARTICLES
OTHER ARTICLES
The action took place in response to the 200 asylum-seeking children who were placed in hotels run by the Home Office who have gone missing.
A new law change is enabling Britain’s donor-conceived children to know the truth about their origins – but campaigners say the fertility industry must do more to protect people.
A recent High Court ruling against the right to wild camp in Dartmoor National Park sparked the largest land protest in history – and campaigners say their fight is not over yet.
AI companies that develop image-generators using copyrighted artwork from the internet are coming under fire from artists who say that it amounts to theft.
A new podcast is opening up the conversation between trans women and trans amorous men in the hope of building coalitions.
As she gears up for the release of her first book, the 24-year-old climate activist talks standing up to authority and building a more inclusive movement.