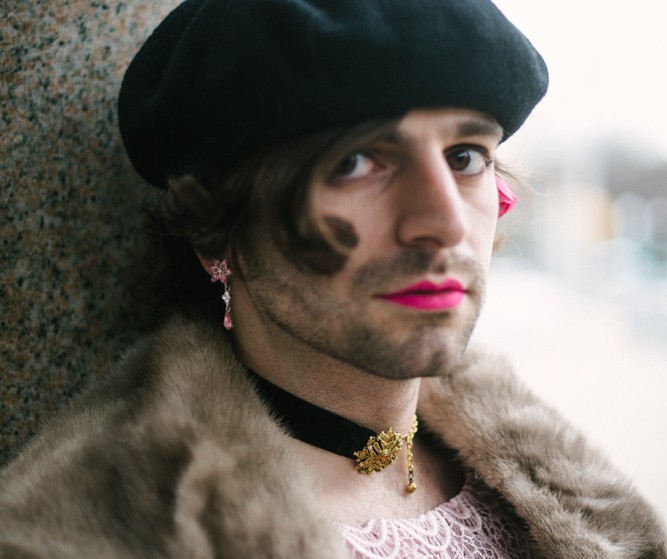 Identity is not something that can be reduced to a single shade of blue or pink.

Jacob Tobia has a stiletto collection rivaling Ivanka Trump and facial hair most men would envy. But this 24-year old Southerner turned Brooklynite is neither masculine nor feminine. Jacob is genderqueer – or gender neutral – identifying as a person who sees beyond having only two gender options. As an advocate, working for Astraea Lesbian Foundation for Justice by day and moonlighting as a writer and TV personality after-hours, Jacob pushes for non-conforming gender acceptance every waking moment. Whether it’s penning a piece for Huffington Post asking why “dressing professionally” can’t mean a clean-shaven man wearing pearls, or publicly criticising transgendered media-darling Caitlyn Jenner, Jacob is out to make equal rights for genderqueer people a reality no matter how uncomfortable it makes others.

“As a child growing up in Raleigh, North Carolina, I never consciously knew that this was something that could be possible.

“When I was a kid, I identified more as feminine, something a boy in the conservative South is typically discouraged to do. Family, teachers and peers told me I couldn’t act this way, playing with dolls and wearing makeup.

“I accepted that life would feel unnatural to me, adopting more traditionally masculine mannerisms and an outer-appearance just to have approving nods. It took a long time before I decided: no more. I can create a life that is natural for me. 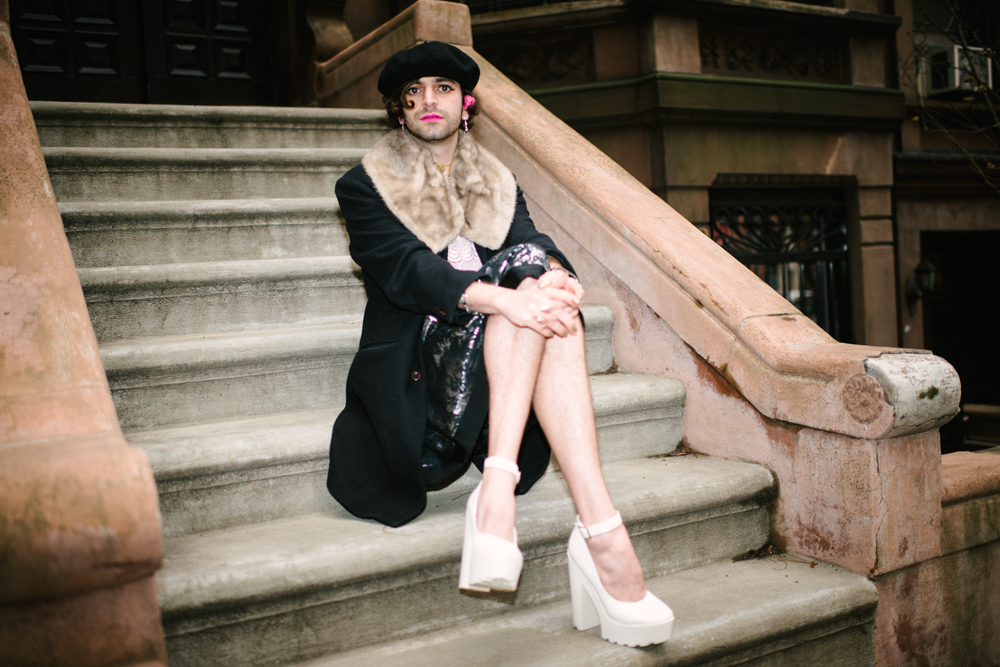 “This shift started in college at Duke University. I remember painting my nails for the first time. I went to the Dollar General and bought one red polish and one metallic, framing it as an experiment to ease my anxiety.

“I realised I had painted them once before when I was about six. I must have buried that memory – that first instinct. I’m sure the shocked reaction from those around me was why.

“Through study and introspection, I realised gender isn’t just two options. It’s thousands of possibilities. It’s not something that can be reduced to a single blue or pink nursery.

“It’s more of a spectrum than the way we’re used to thinking about it. No one is completely masculine or feminine. Everyone is just human. I’m a natural part of how gender works and gender diversity. Nothing about me is weird; society makes me weird.

“Even my sexual and romantic attraction to other people doesn’t apply to a binary framework. I’m uncomfortable saying that I am homosexual or even bisexual. I’m attracted to energy. I don’t need someone to identify themselves, either. We can figure out what loving each other means together. 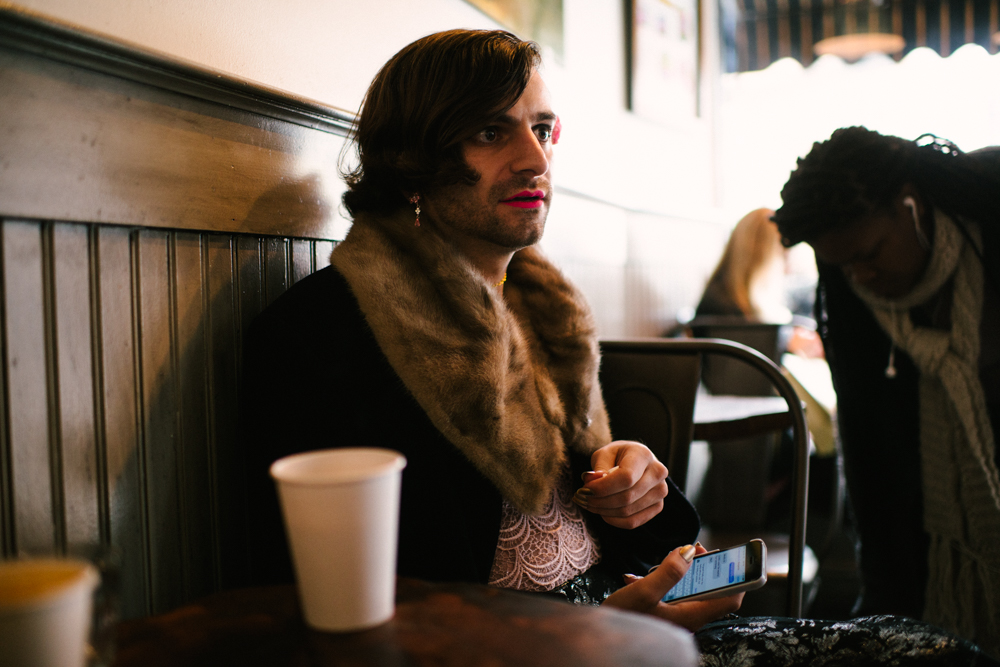 “I’m an active supporter of the prefix Mx. (pronounced “mix”) as a gender-neutral honorific. The UK is much more progressive than the US in this way. They have government forms with the option to select Mx. But this progression is making waves across the pond. The New York Times published its first article addressing an interviewee as Mx. in November.

“It’s about time that we have a non-specific form of Mr., Mrs. and Ms. It’s a way to talk about trans-identity that gives it a direction but isn’t based on a preconceived notion of manhood and womanhood. That way, people can’t compare it to what they think I should be before meeting me.

“This doesn’t just benefit genderqueer people. It’s for anyone else who wants to avoid prejudice, including women whose hot-button issue recently has been the highly publicised pay-gap.

“In America, in order to push an agenda, you need a name already. I have to achieve visibility first as an advocate in order to get people to listen. The magic happens in media first, especially via social media.

“That’s why I’m focusing less on gaining attention politically and focusing more on storytelling. I was on MTV’s True Life series, and I’m working on a book project now. I’ve got a long road ahead of me, but I know this is the path. 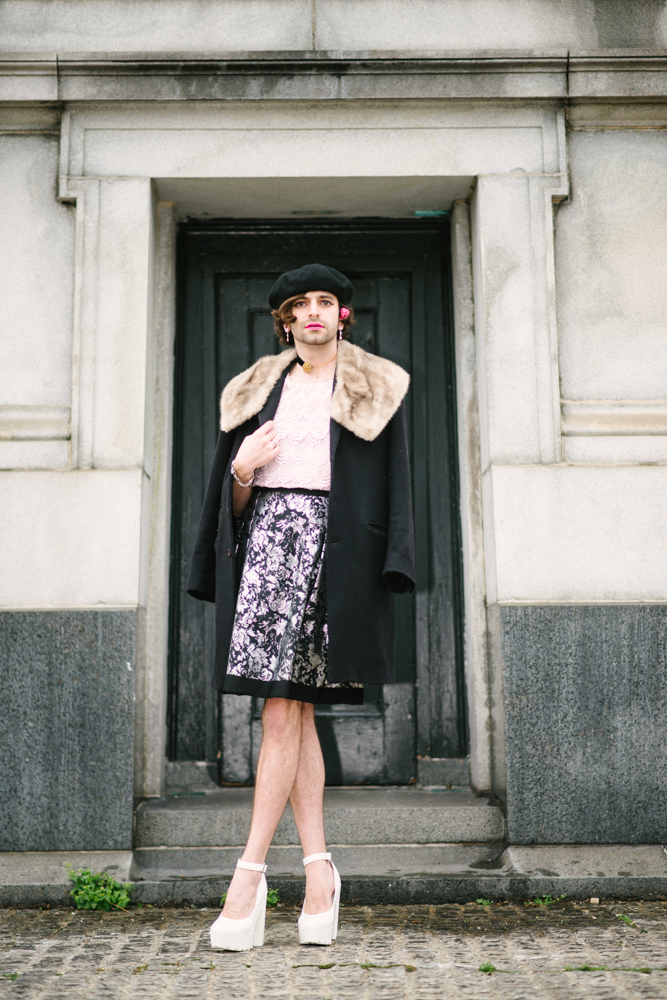 “Think about the case of Caitlyn Jenner. She is able to make major strides for the transgender community because of her notoriety as a former Olympian and member of the Kardashian clan.

“But, when Caitlyn went under fire for telling Time magazine that people feel uncomfortable if you look like ‘a man in a dress,’ most people were thinking about it aesthetically. While rightfully aware of the hypocrisy and offensive ridicule of a woman’s looks, they were completely missing the core issue.

“It’s not about Caitlyn calling someone unattractive; I’m sure she misspoke anyway. To me, the comment touches me viscerally, which is why I had to speak out.

“Being perceived as ‘a man in a dress’ is a death sentence for my community walking home alone at night. We can’t afford to say things that can hurt our own community, especially when forty-one per cent of us attempt suicide at some point in their lives in the US.

“So, please don’t laud me for being brave. Work with me to build a world where I don’t have to be.”

Linkedin
RELATED ARTICLES
OTHER ARTICLES
In Sheffield, food delivery drivers are fighting back against one of the giants of the gig economy.
Ahead of the policing bill reaching its final stages in the Lords, protestors came together to rally against the legislation.
As the role of the nuclear family is increasingly called into question, people are finding new ways to exist outside heterosexist norms.
The photographer reflects on building trust with his subjects and using the street as his studio.
Hundreds gathered together to protest the policing bill by making as much of a racket as possible.
In 1984, Martin Shakeshaft set out to document the miner’s strike as it really happened, using his photography as a tool for activism.